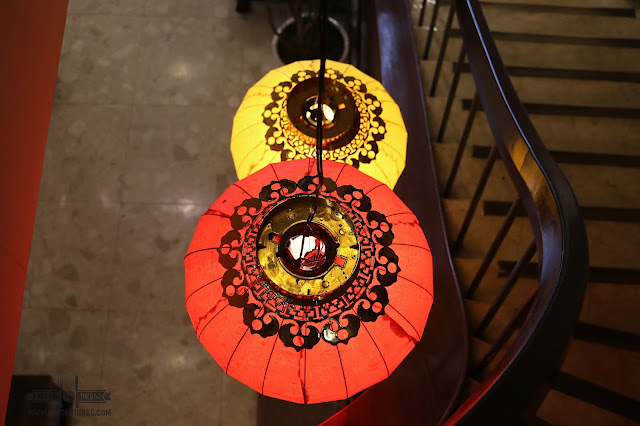 The first time I visited Taipei, I went with my mom, brother, and my brother's friends and their families. We had no itinerary and had no clue what to do. Thankfully, we stayed at TAIPEI M HOTEL (here's my experience with Taipei M Hotel) . The concierge was knowledgeable about a lot of inside stuff. He was even able to suggest a few restaurants where locals would dine. One of them was DIAN SHUI LOU. According to him, this was better than DIN TAI FUNG. As a foodie, I had to check it out. 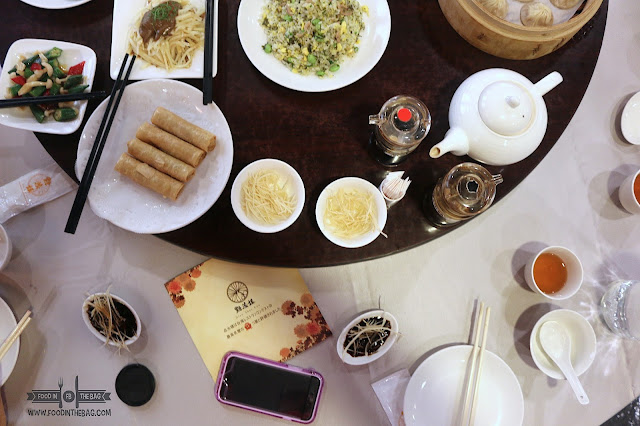 Just a couple of days back, my group and I visited DTF at the Taipei 101 Tower. I wasn't impressed specially when the wait time was over an hour. For that kind of food, I would eat it again but would not wait that long (story for a different time). At Dian Shui Lou, there was no queue. The place was pretty big. When we entered, we saw that restaurant filled with guests. Good thing,  there was a second floor. There, we could watch the kitchen create all the dimsum and dumplings one could imagine. 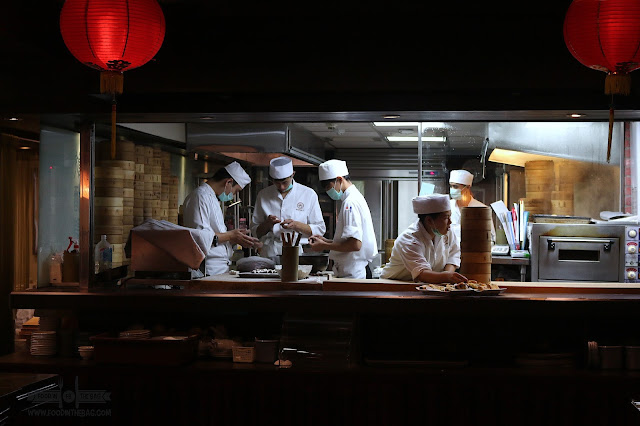 The second floor hosts a number of private function rooms for big and small groups. Comparing this to DTF in terms of ambiance would be like talking about ice cream and fruits. Totally different things. While DTF seemed like a fast well oiled machine, this place exudes relaxation and lets you take your time. While the original DTF restaurant won a michellin star, Dian Shui Lou was awarded 5 stars (a different awarding body) and was voted more popular in terms of xiao long bao in Taipei. 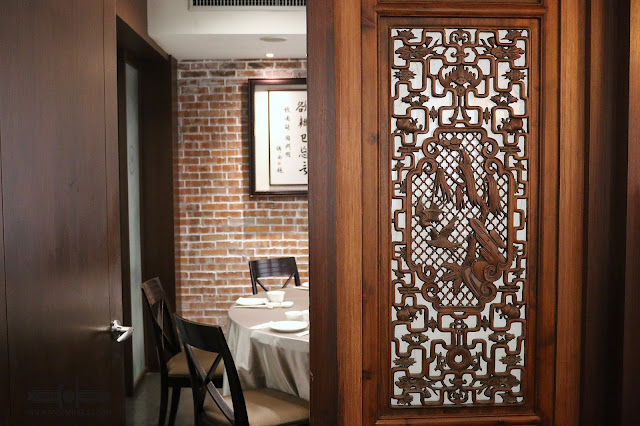 Even if DTF is more popular with the foreign visitors, Dian Shui Lou draws in the locals more. Luckily, the restaurant had an English menu. Definitely a helpful tidbit for foreigners. 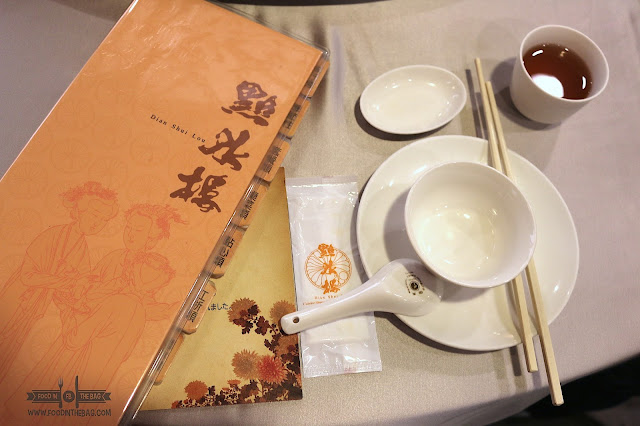 Let's get straight to the point, the XIAO LONG BAO. This is the restaurant's bread and butter. 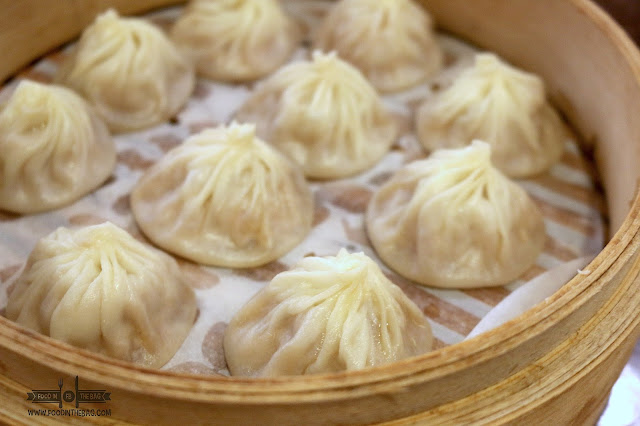 Honestly, I prefer this version over DTF's. I don't know if I was just being picky but when we visited Dian Shui Lou, everything was great. The wrapper wasn't too thin nor thick. The soup wasn't too heavy and the meat was just right. For our lunch, we actually had a couple. The original and the truffle. Both were flavorful and pretty good. 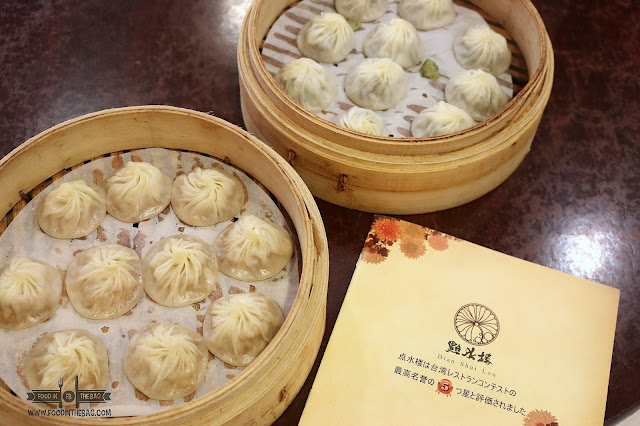 Since we couldn't decide on what to order, we just went with a set menu. Thinking back, we should have just went ala carte as we could have had more dishes to try out. I apologize in advance as I am not familiar with the Chinese names of the dishes. 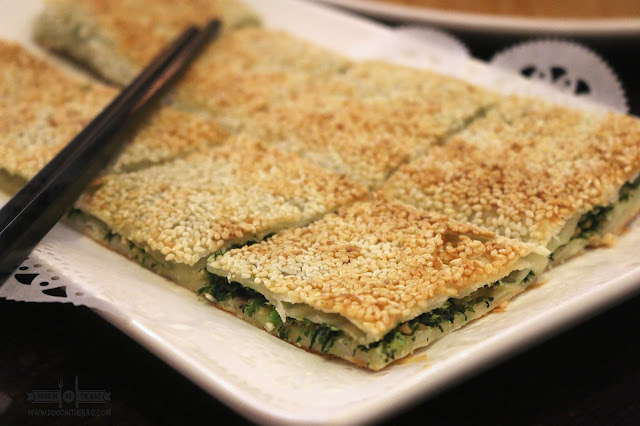 To start things off, we had a sesame crusted pancake like dish. Aside from the XLB, we also had dumplings that had a bunch of green leafy vegetables in them. If you know me, I stayed away from it just because. 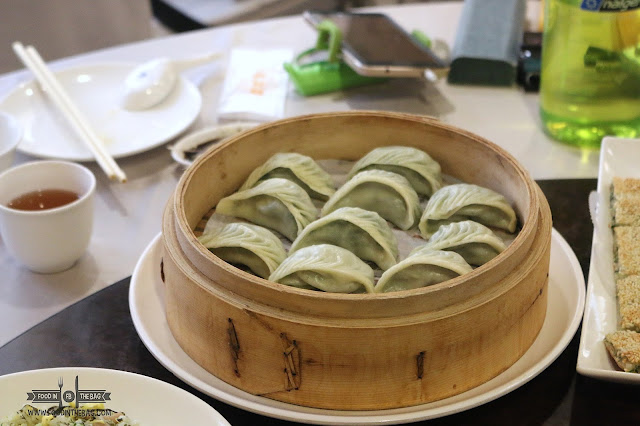 There were more vegetable dishes as well. One of them was the cold okra and mushroom with sweet and sour dressing. While another was the bamboo shoots.  They were a bit too healthy for me so I skipped them as well. 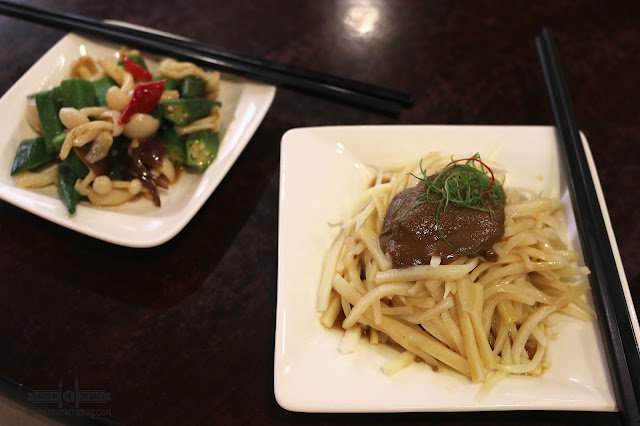 For soup, we had the salty pork with beans and bamboo shoot. It seemed alright. Not bad. 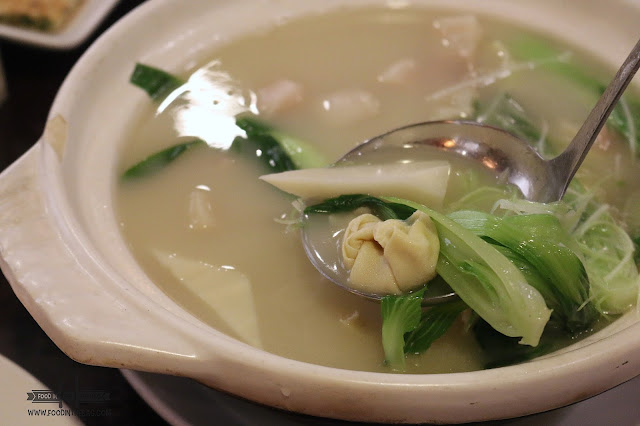 I was glad that not all the dishes were "too healthy". They had a braised chicken cooked with high-grade Shaoxing wine. With the alcohol evaporated, the wine flavor was absorbed by the tender meat of the chicken. This was pretty good. 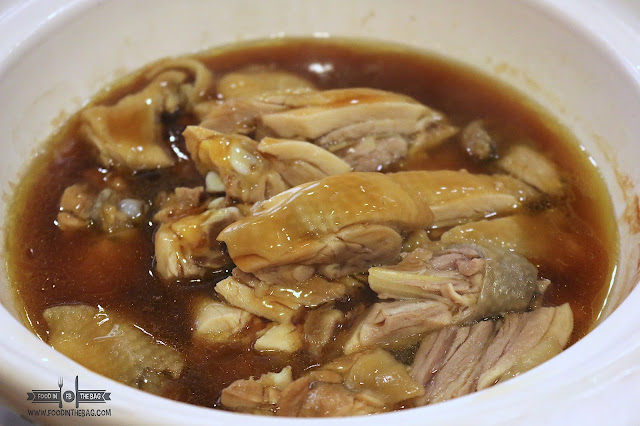 Plus visiting Taipei should also lead you to try out their crabs. The crabs were fried with crispy garlic making it a joy to eat. 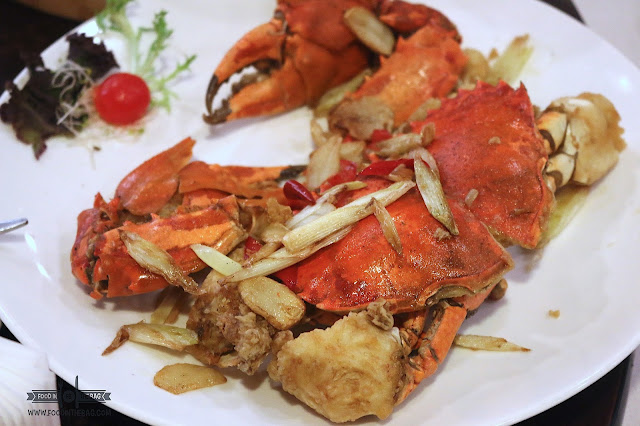 As a Filipino, I was pretty happy that there was rice. Although in Chinese culture rice is served at the end of the meal, they served it along with the main dishes. Thankfully, the fried rice wasn't as oily as other restaurants tend to serve them. 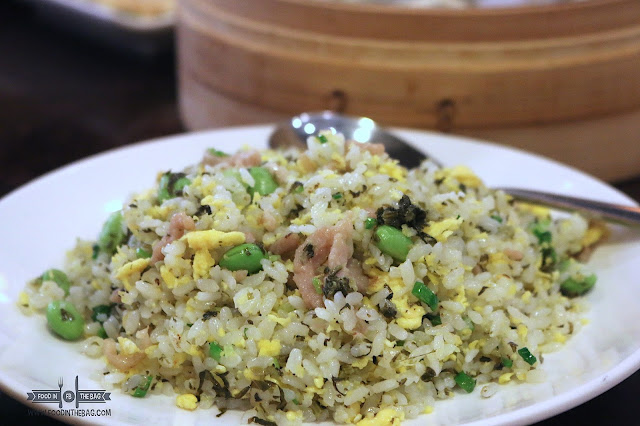 For dessert, we had something quite familiar. Deep fried black glutinous rice cake wasn't as sweet as you would think. It was sticky and had a crunchy exterior yet gooey insides. Quite similar to tikoy. 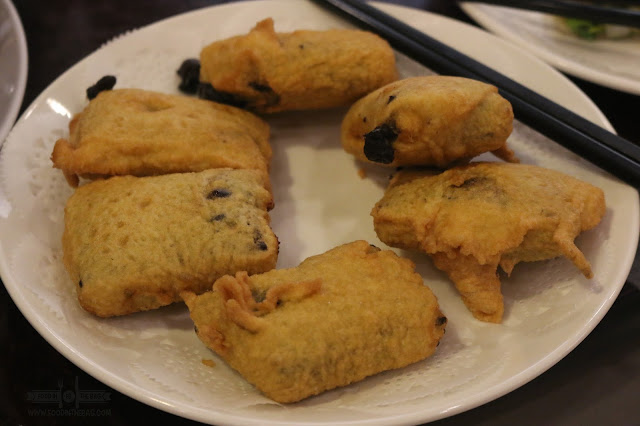 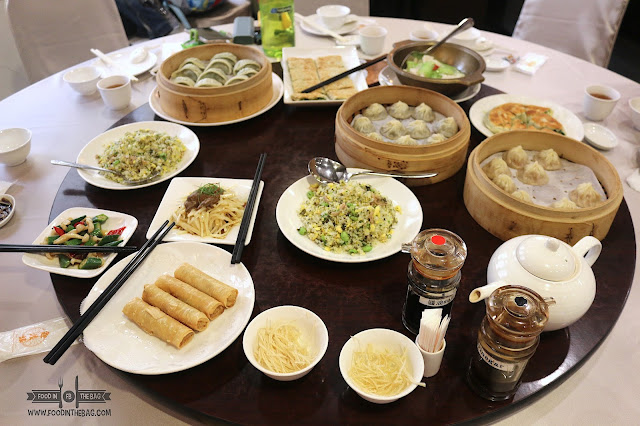 In all honesty, I enjoyed the food at DIAN SHUI LOU. The XLB was pretty much better compared to DTF. Although some of the dishes that we ordered weren't really what I would have had, I guess it was the better meal for me. Granted that yes it was pricey, the service was pretty good and we didn't have to wait to get our seats. 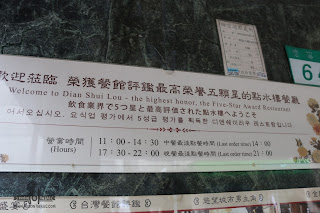 There are actually 3 branches of this restaurant in Taipei.
Better to go to the one near Ximending.
It's between Taipei Main Station and NTU Hospital Station
No. 64, Huaining Street,
Zhongzheng District, Taipei City, Taiwan 100
11am-2:30pm, 5:30-10pm 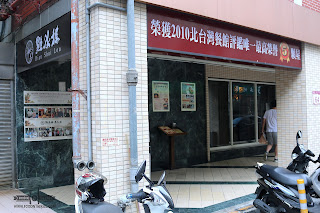 Disclaimer: Visited this restaurant on my own. Paid for our meal. Opinions stated here are based on my visit.
Tagged