EATING IN TAIWAN: DISHES TO TRY OUT WHEN IN TAIPEI 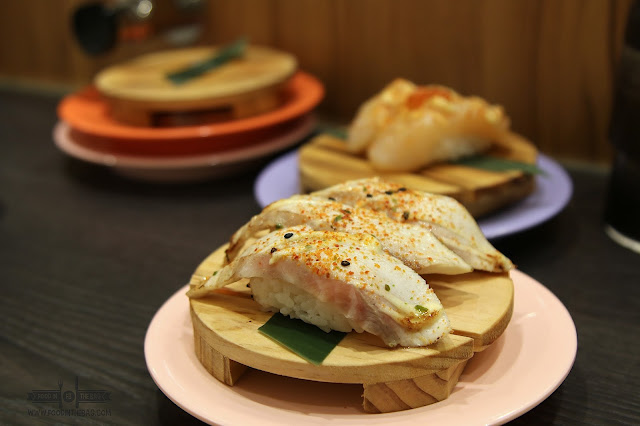 It was my third time visiting Taipei. Honestly, I don't know what else to do there. Food wise, I'm all tapped out but I realized that I craved for them to give it another go. Here are some of the things to try out when visiting TAIPEI. 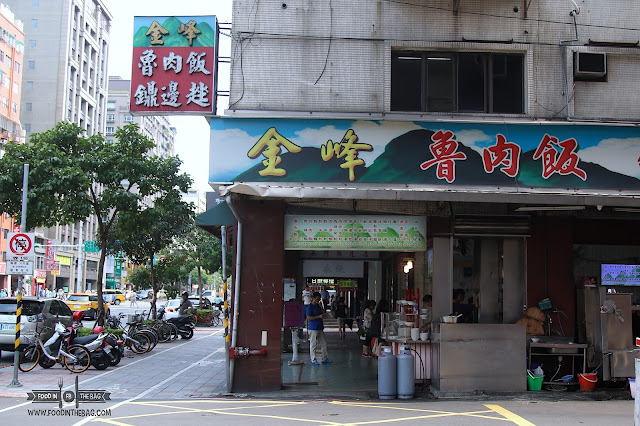 One of the most iconic must visit touristy thing to do when in Taipei, would be to check out the Chiang Kai Shek Memorial. Here, you could watch the changing of the guards and even take those OOTDS. A restaurant nearby to try out would be JIN FENG (金峰魯肉飯). If you use EXIT #2 and walk just a few meters, you would come across this signage. That's the place. 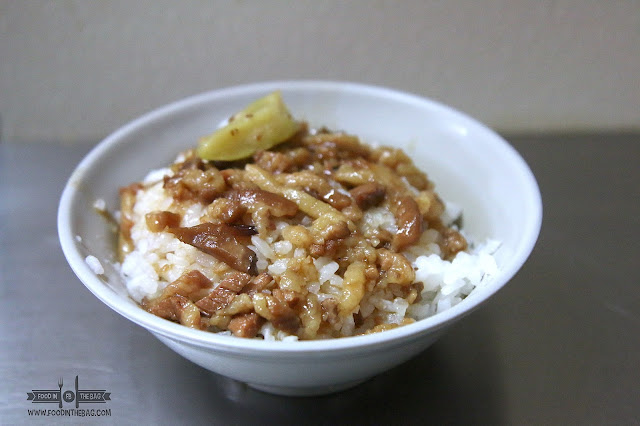 It has been featured a lot of times in different publications and online reviews. Honestly, it was worth a try so I went for it. Go on an off-peak hour and wait less in line. There's actually a backroom that has a/c but remember, you might need to share your table with a stranger. 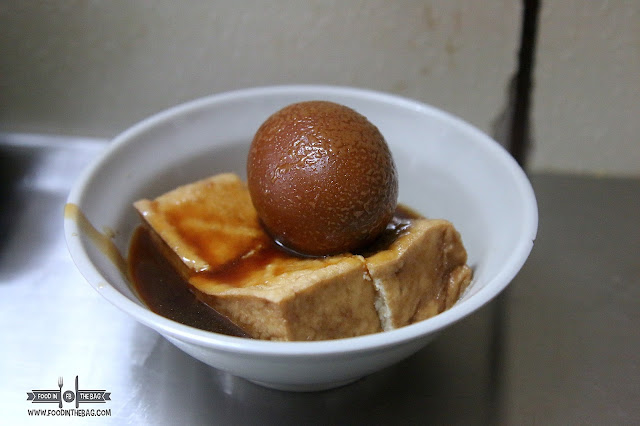 During that time, I was still full from a previous meal so I ordered the smallest bowl they had. At 30 NTD (roughly 50Pesos), you can't go wrong with it. The egg and the tofu were also highly recommended by different sites so I went with them. Truthfully, it was just okay for me. I liked it for being affordable. 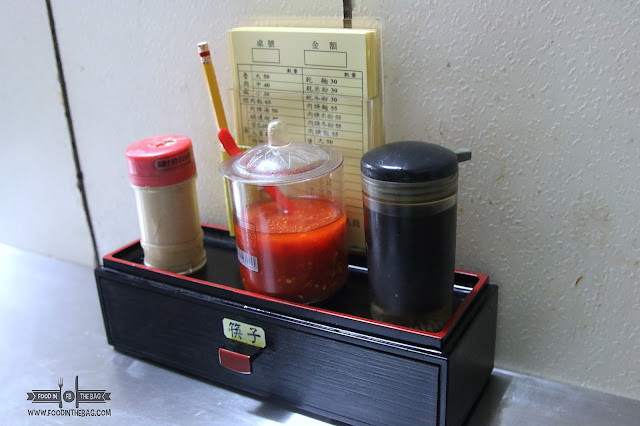 Speaking of ordering, you could ask for an English menu. Although the order sheet might all be in Chinese, you could differentiate each by checking out the price. After choosing your picks, just hand it over to the staff and they'll get right on it. You then go over to the cashier to pay once you're done with your meal. 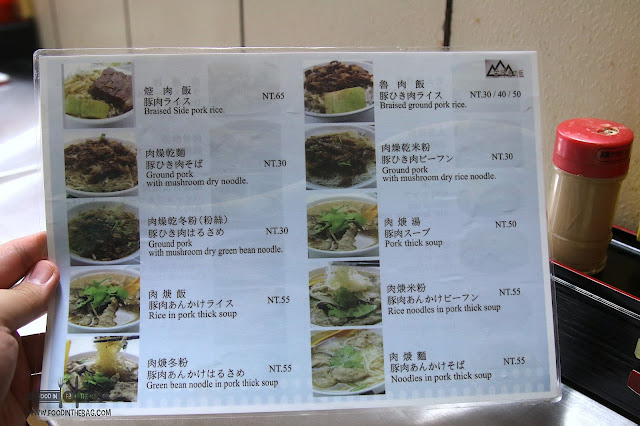 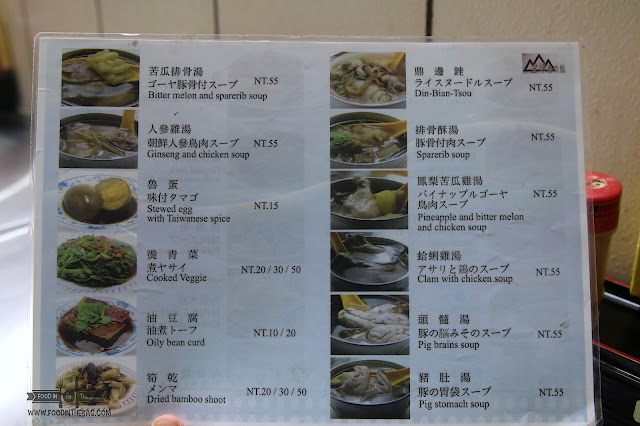 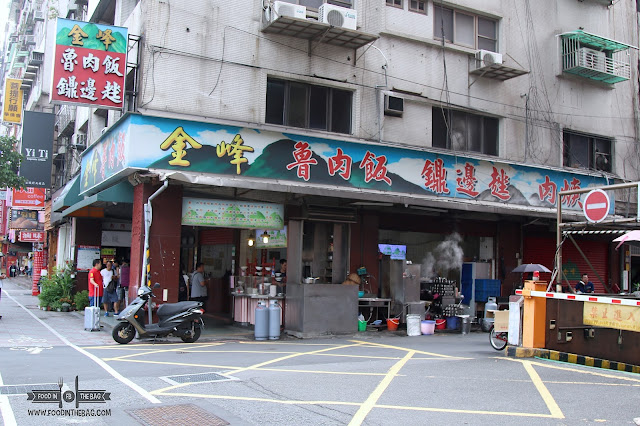 Another place that's on top of everyone's list would be XIMENDING. A place that has a lot of retail stores to check out. Here, you could also have a mini food trip. Aside from going for hotpot, there are other "snackable" places in this area. 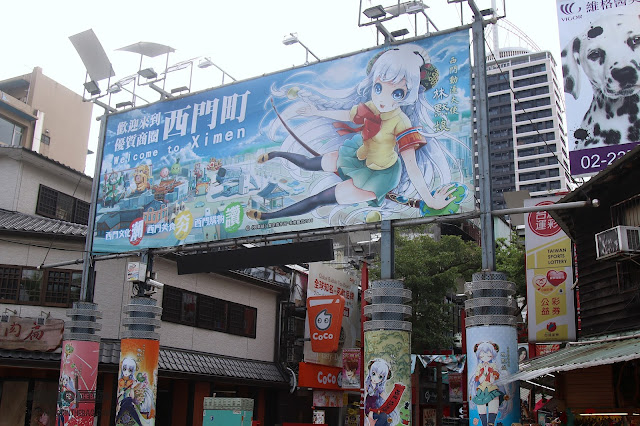 When visiting Taipei, one of the things that you must drink would be the milk tea. Known as the place that created it, milk tea is a sweet start to your adventures. If you're not into this, they have those 30NTD ones in convenience stores that are also pretty good. 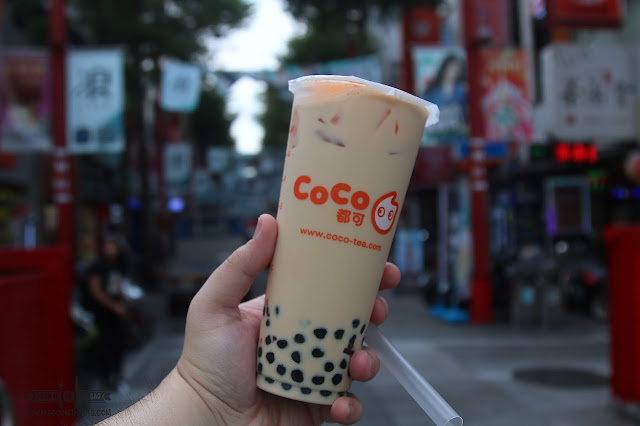 In Ximending, you could find Hot Star (large deep fried chicken) and other things to try out. One of them would be at KFC. Yes, that KENTUCKY FRIED CHICKEN. In Taipei, KFC offers egg tart!

It's my 3rd time visiting Taiwan and yet, I fell in love with it all over again. Grabe @kfc knows no limit.... This freaking egg tart is the bomb. #foodinthebag #taipeifood #eggtart #kfc
A post shared by Food In The Bag (@foodinthebag) on Sep 11, 2017 at 12:54am PDT

You have to try it! Another must check out place when in XIMENDING would be the AY-CHUNG FLOUR-RICE NOODLES. Since 1975, this shop has been an institution already. Even if lines would queue up, they get to give out the dishes pretty quick so there's minimal wait time. 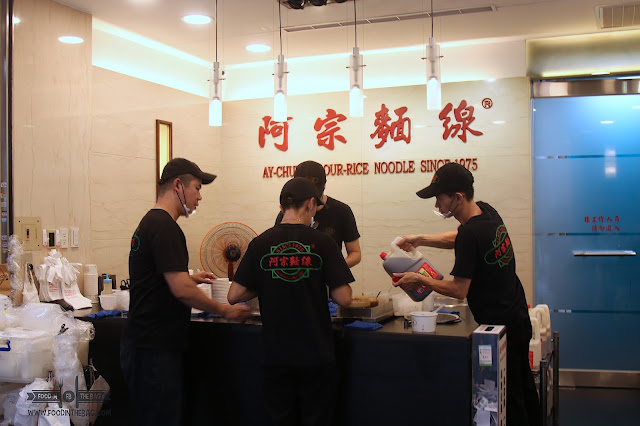 In a bowl, you get your steaming hot noodle and soup dish. It's perfect for the cold weather. 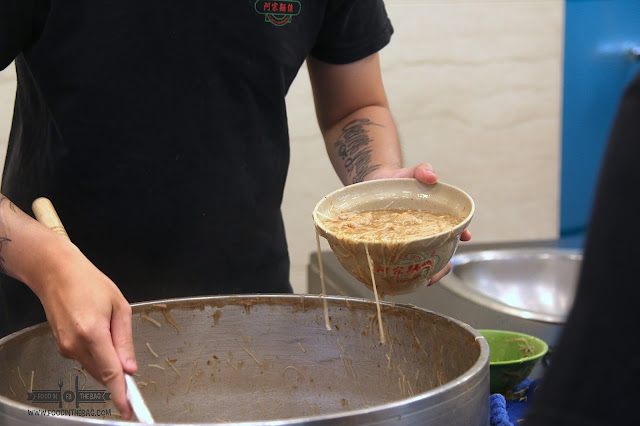 Don't forget that there's a condiment section on the left. They have chili, garlic, and vinegar. You gotta add loads of vinegar and garlic. It's that good. They open at 9am and closes around 11pm. 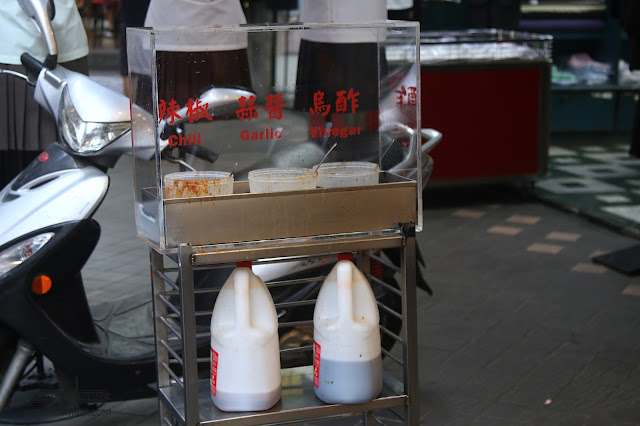 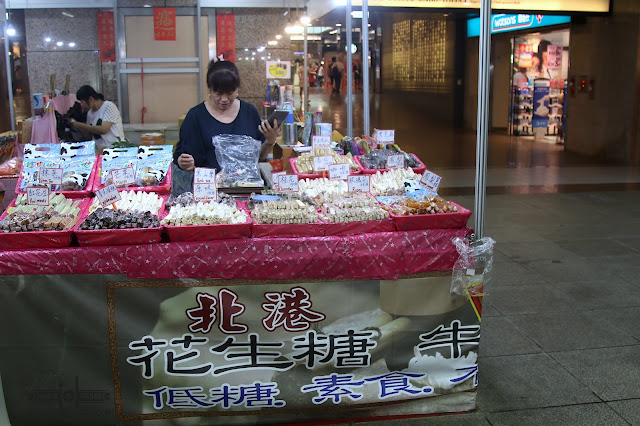 When in Taipei and thinking about gifts to bring home, nougats might be ideal. It's chewy, sweet, and has a lot of flavors to choose from. One place that makes it so good would be this stall in the TAIPEI MAIN SUBWAY MALL. It's located just off the escalator going towards the Z exits (z underground mall). You could try out the more traditional flavors like vanilla with peanuts but I would also recommend the matcha. 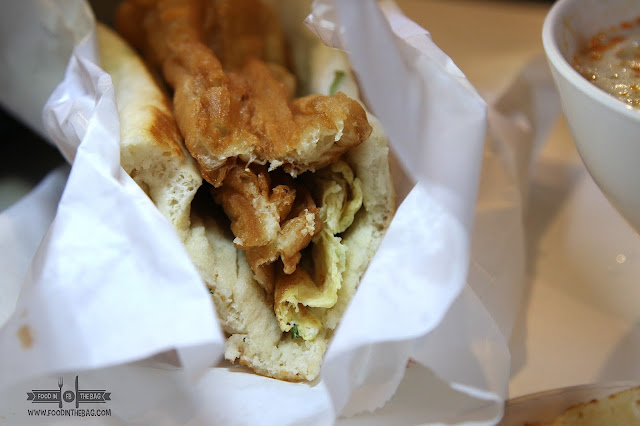 If you're up for something hearty for breakfast, you could go for a traditional version. The Fu Hang Dou Jiang (阜杭豆漿). This is actually the go to place when visiting Taipei for breakfast. It opens at 5:30am up to 12:30pm. It used to be just until past 10am but they extended it because of the long lines. 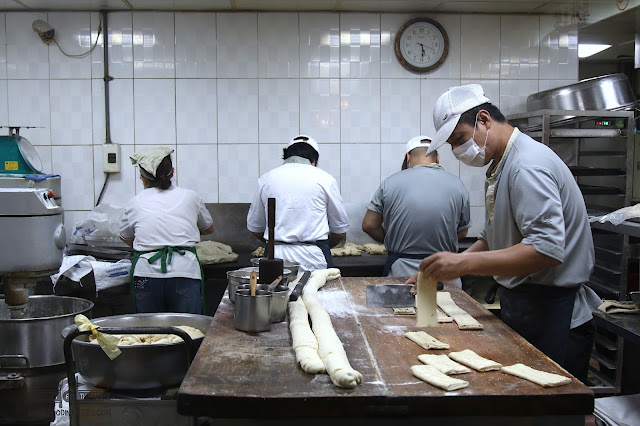 When you visit, I would suggest going either really early or late. Early or late because of the queue. Some would spend hours lining up just to buy delicious breakfast from this place. If you're like me, you would definitely be rewarded. I went there at 5:15am, and there were already more than a dozen in front of me. The wait was actually quick but after sitting down and finishing my meal, I saw the lines outside and I was thankful for waking up early. You could visit late but just remember that they close at 12:30pm 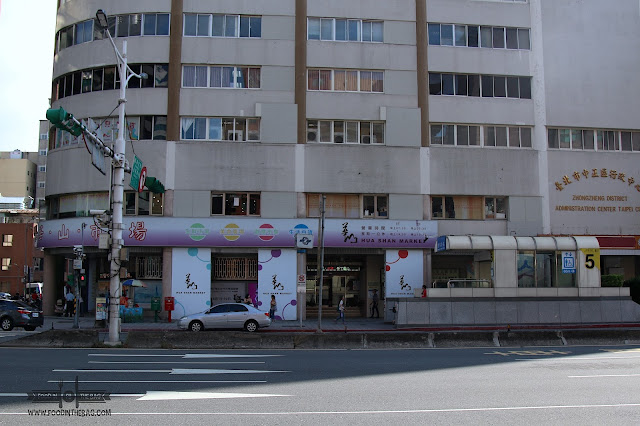 Located on the second floor of this building, you could get here by taking a cab or by getting out of the SHANDAO TEMPLE STATION exit 5. It's in the Hua Shan Market Level 2, No. 108, Zhongxiao East Road, Sec. 1 華山市場 2F忠孝東路一段108號紹興南街 (善导寺). It's also closed on Mondays. Remember that the train isn't open at 5am as such taking the cab or uber would be your best bet. 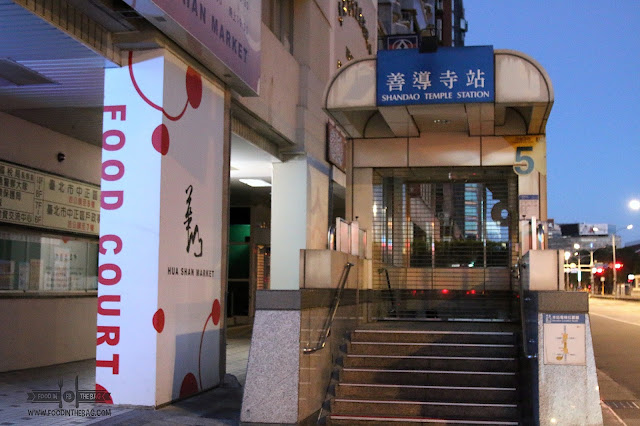 Once you get there, just head on over to the side and enter via this stairwell. It's on the second floor. 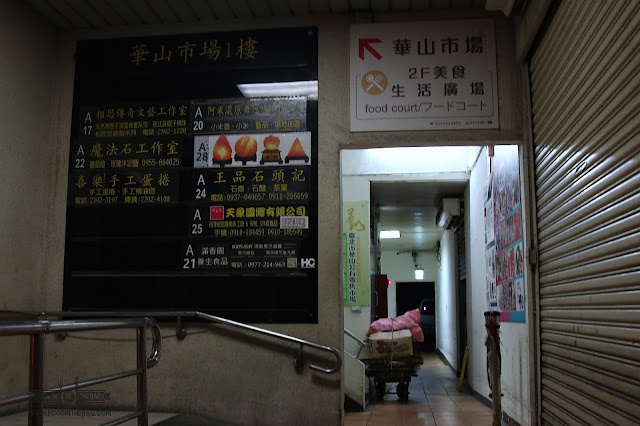 Once in, you might have a hard time choosing what to eat. Here's their menu of Fu Hang Dou Jiang (阜杭豆漿) for you to study. I suggest you take note of what you want before going just so as not to annoy other customers waiting in line. 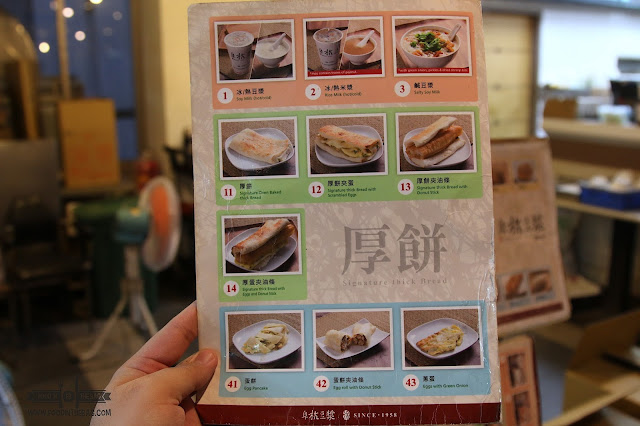 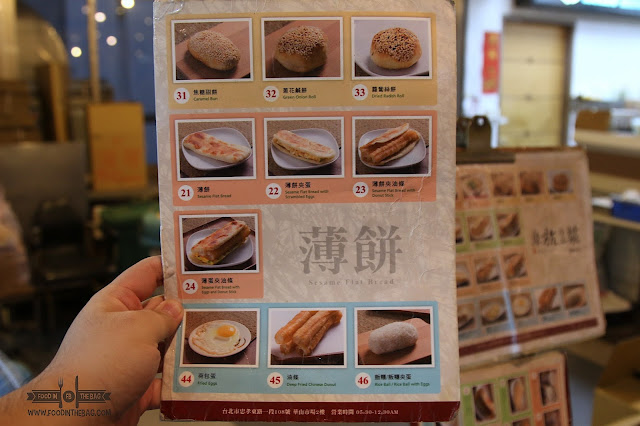 Once at the front, there would be two ladies that you would order from. The first would be for your soy based orders like this cold soy milk (which was extremely good). 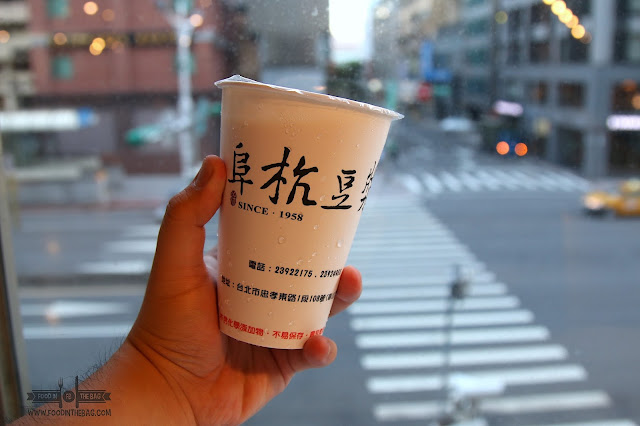 and the salty soy milk. This was pretty different. It's like custard that is a bit spicy. When asked, I would suggest you tell the lady not to add the spicy sauce. I was pretty lucky as the staff could talk in english. 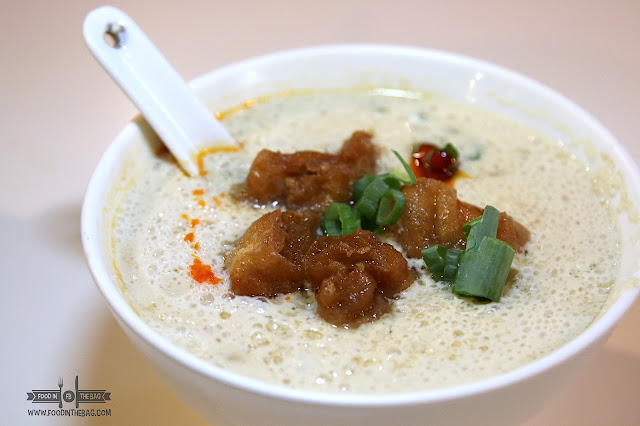 A soft and fluffy version, the EGG PANCAKE was pretty good. Mixed with a bit of greens, it was like crepe but in a good way. 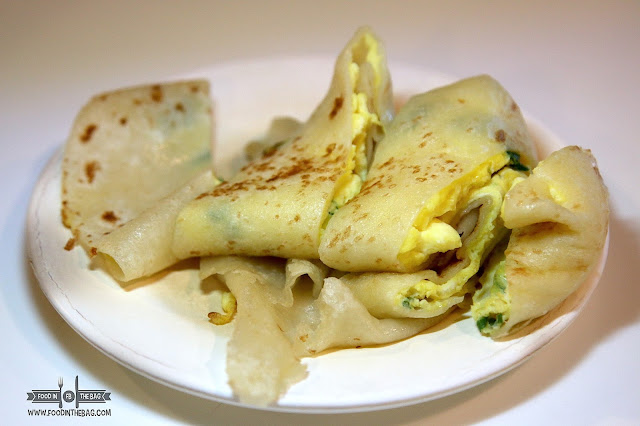 If there was one thing to order from Fu Hang Dou Jiang, it would be the SIGNATURE THICK BREAD WITH EGGS AND DONUT STICK. If you know me, I have been a fan of you tiao. That's the chewy and airy bread in the middle. Here, it's sandwiched between scrambled eggs and a thicker bread. This is definitely breakfast of champions and a must try. 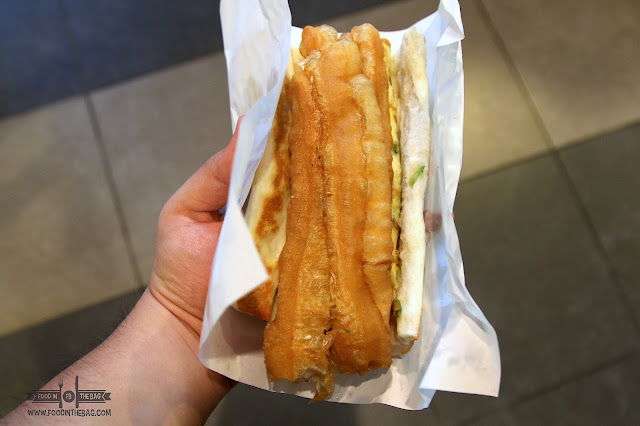 Honestly speaking, I wished I had visited this place with friends. I had over ordered just because I wanted to try a lot. The YOUTIAO was fantastic. Chewy and crunchy at the same time, it was perfect for me. The soy milk was seriously good as well. Trying out the Salty Soy Milk was also a highlight for me. Since I'm a carbs person, I'll definitely give it another visit when I go back to Taipei. 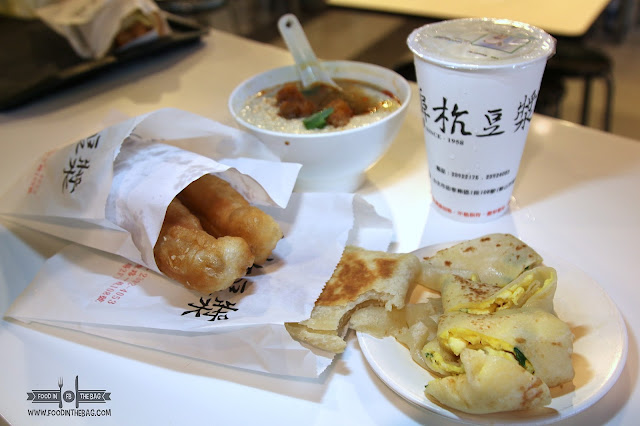 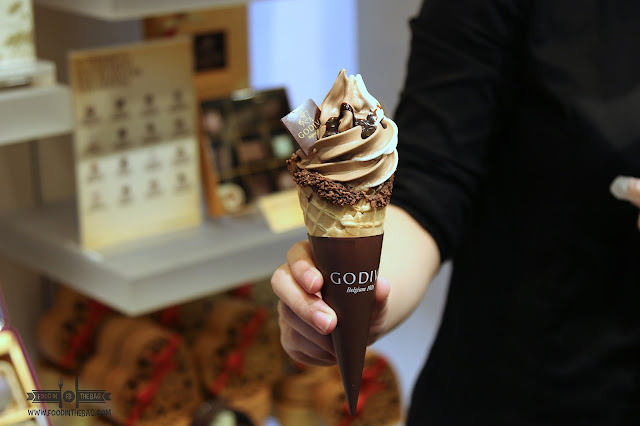 Just like Filipinos,  the Taiwanese loves to eat. As such, they have a lot of restaurants to visit. Actually, they also have a number of dessert brands from other countries as well like Bake, Godiva, Tsujiri, and many more making it a must to visit.
Tagged