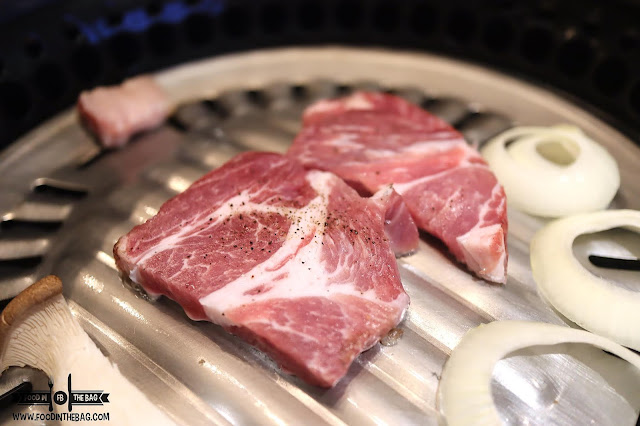 A few Sundays ago, a friend of mine hatched a plan to propose to his now fiance. It was semi-elaborate and difficult since the then girlfriend can smell anything a mile away. From flowers, to ring, to video showing, and even restaurant menu reservation, everything had to be on the down-low. 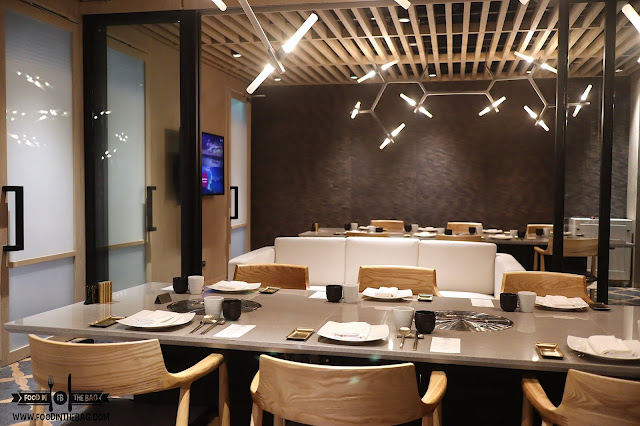 When the day came, everyone invited was early to OORI. The new Korean Restaurant of Sheraton Manila was prepped for us. There was even a special couch placed in the private room just so that we could use it as a prop. The flowers were covered and placed in a corner. 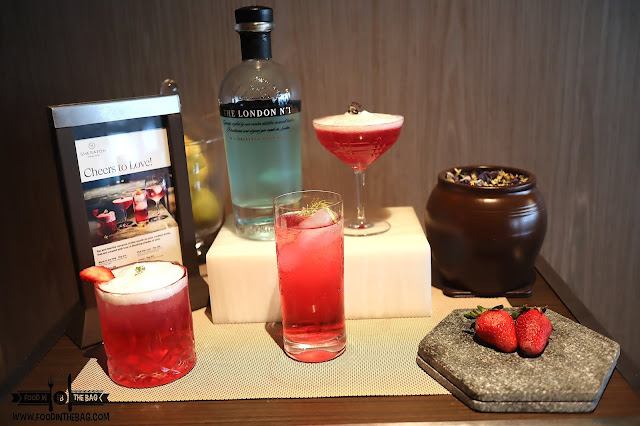 While waiting for the main couple to arrive, I went around and checked out some of the offerings. Since the OORI had a bar, they were pushing for their signature cocktails. Interestingly enough, it's like a restaurant within a restaurant. To enter the main restaurant, OORI, you passby a BIBIMBAP place that is actually open all through out the day. Unlike OORI, this place didn't offer any grills nor any of the fancy service you may get from OORI. 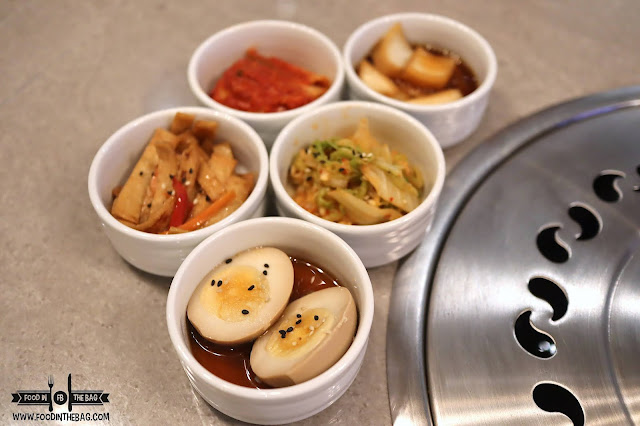 Since, it took awhile for the main guests to arrive, they started serving some banchan. These were unlimited. I personally enjoyed the fishcake and even the flavored boiled egg. 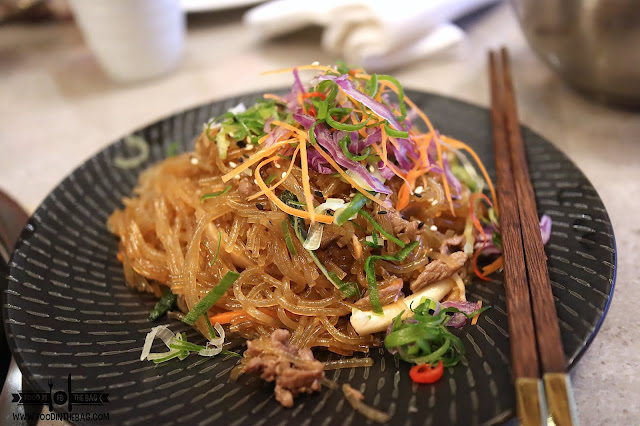 A visit to a Korean Restaurant will not be complete without JAPCHAE. Theirs wasn't super sweet as one would expect. The flavor was a mix of savory seasoning. 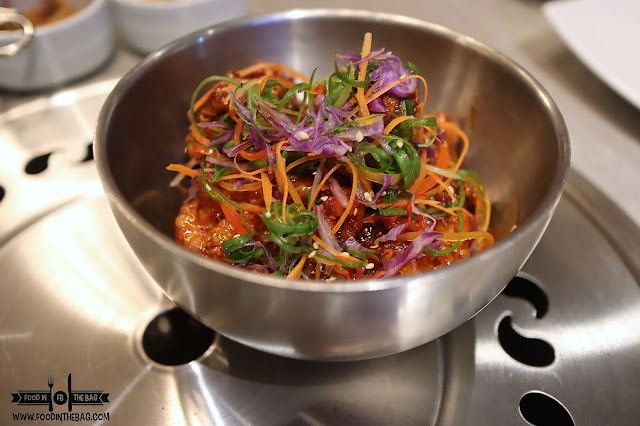 A definite must order though would be the DAKGANGJUNG. This Korean Styled Fried Chicken was a legend. Crispy outside but moist insides. There was a mix of sweet and spicy in terms of flavor profile. 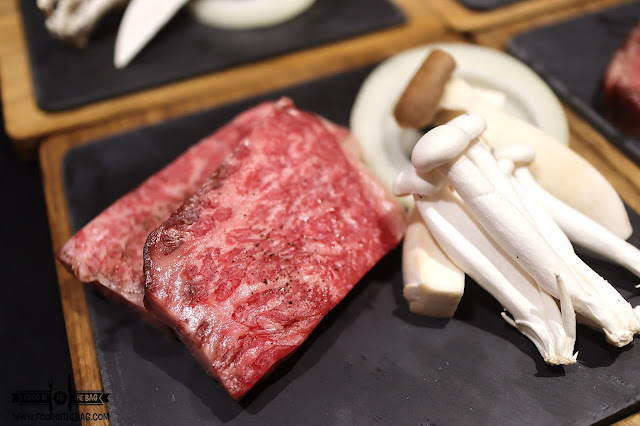 As for the grill, we went for the WAGYU A5 Ribeye and the DUROC COLLAR. The wagyu was exquisite. With its marbling, the meat to fat ratio made it a joy to eat. The Duroc Collar was something different. This pig cut is made from a breed of Spanish hogs that were fed a special diet. They were perfect to partner with rice. 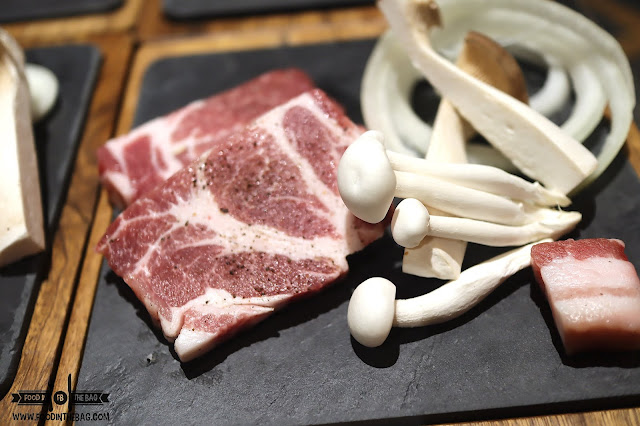 With the main course out of the way, we went for our usual class picture. This is were the proposal was supposed to happen. After all was said and done, the two sat on the couch. One of our main mastermind friends went to them and gave a fake box. The soon to be groom played like he didn't like it. He then got the flowers, bent on one knee and showed the ring. He proposed right there and then. Of course, the girl said yes! 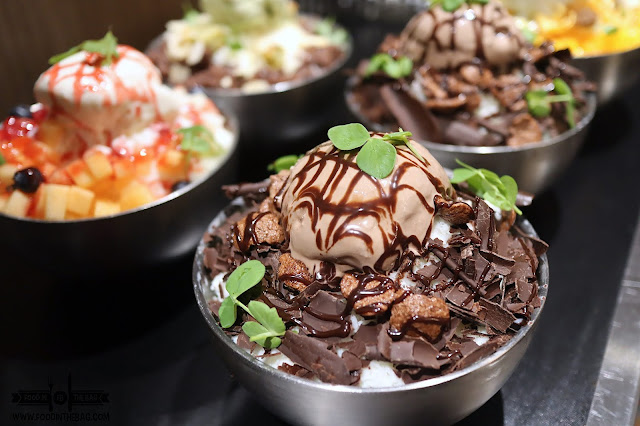 Then, a video of their original proposal in Palawan was shown on the television while everyone snacked on shaved ice. 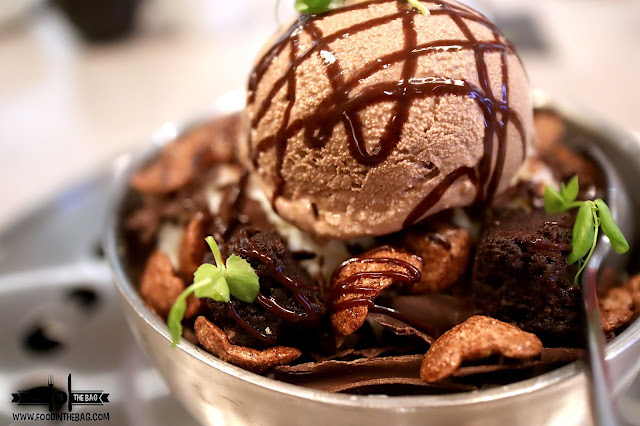 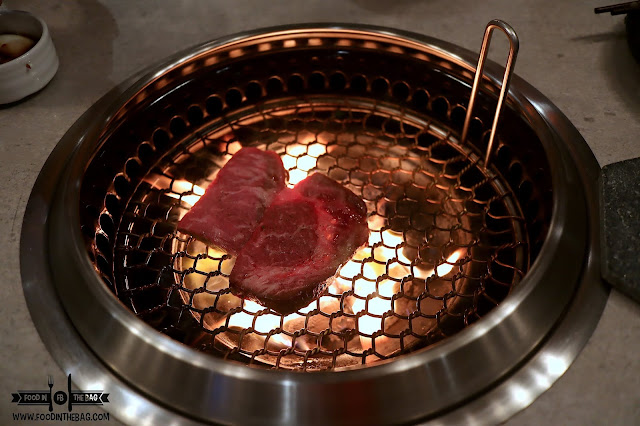 Everything went as planned. We were able to get the flowers and the ring into the venue without the girl knowing. The video was able to play on the television. The food was great. It was one for the books. I'm super duper happy that they went for it.

Disclaimer:wrote this based on my experience. I'm not saying who it is as a sign of respect for their privacy.