I love Japanese Food. It is diverse and incredible. If its fresh seafood wonderful flavors are popping in my mouth. If its fried, the meat is tender and yummy. If its noodles its warm and comforting.


Good thing during our food tripping in the food court, a Japanese restaurant caught my attention. There were a lot of customers so I thought why not try it.
BIG MISTAKE!!! ARGH!!! 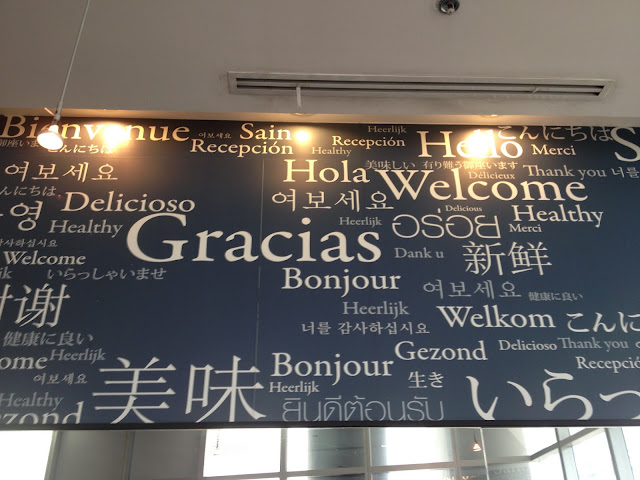 The service was a little off. Although it had this welcome sign that was in different languages, the staff was rushing everything and was giving this snob attitude towards their customers. Maybe they could fix this up since a lot of their customers are foreigners. There was this French customer that wanted to call their attention but most of the staff just passed him by. Sad!!! Actually we experienced it too.

I just don't know if it is the lunch rush, but we were there around 2 in the afternoon.


After a few minutes of trying to get their attention, I was able to give my order to the staff. 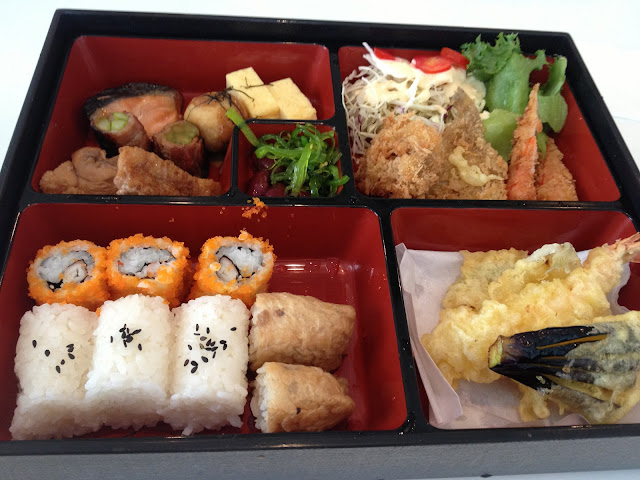 The three of us ordered bentos or japanese meals to get a bit of everything. 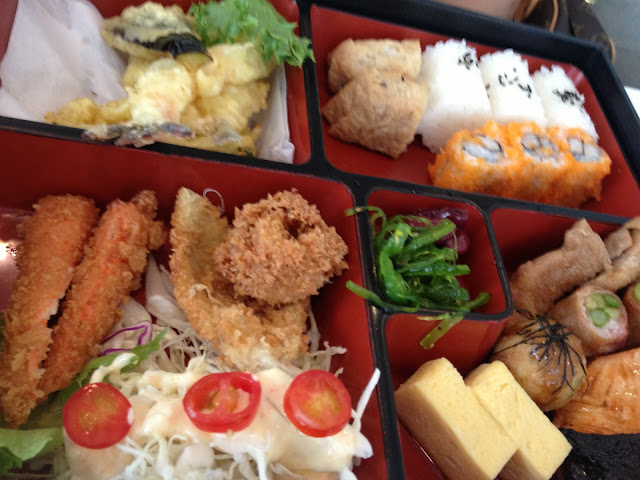 I could honestly say that the food served was a bit of a letdown. The Japanese Restaurants here in Manila are far more better in terms of taste, quality and pricing wise...

Their rice was bit cold and hard. The meat was a little tough too. The seaweeds had this malansa or fishy smell. I think it wasn't that fresh. 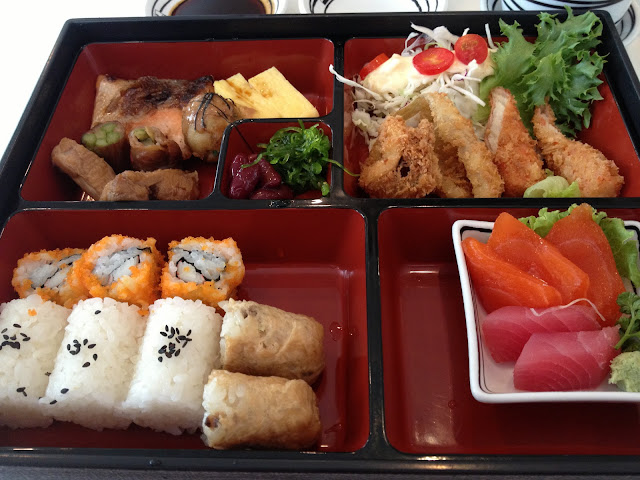 Although already a complete meal and with the pricing of almost 400 baht or 800 pesos each, I guess we would have been better off going to a buffet. 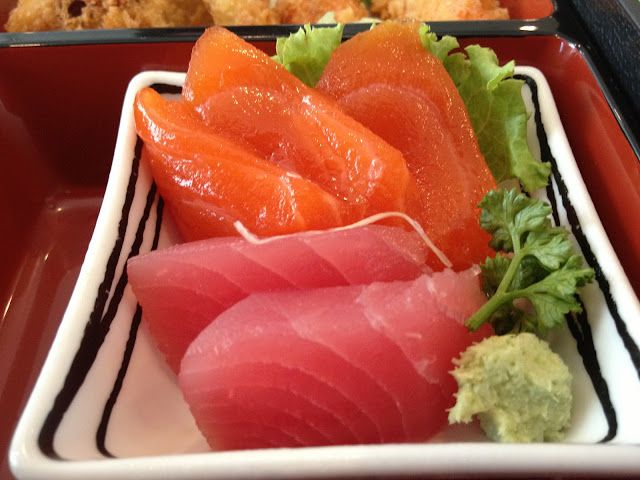 Thankfully the salmon and tuna sushi were freshly cut. 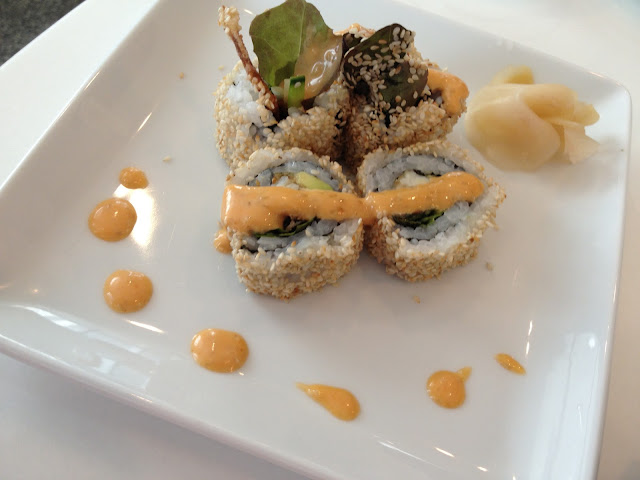 We ordered some crunchy crab leg makis but all we tasted were sesame seeds. The legs were missing actually. Waste of money ... ack

These were also part of the bentos (I forgot to take a photo of their version of the miso soup-same same...)

The only good part of the meal was that tea and coffee were part of it. You could have them iced or hot. 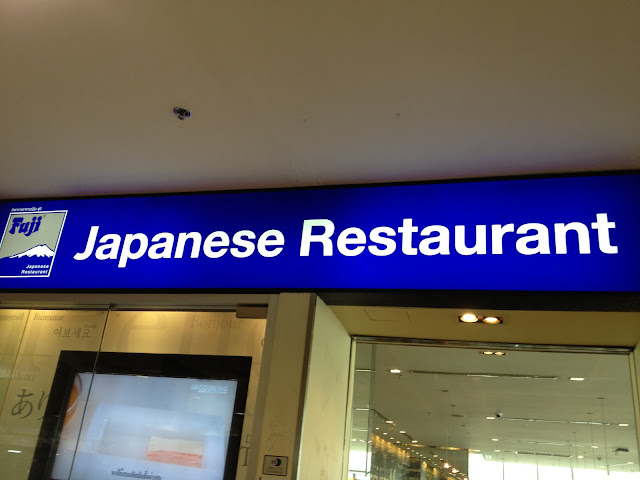 I believe that this is an international brand of a Japanese Restaurant. I think they just couldn't deliver as what is expected of them. They do have an extensive menu. They had a lot to offer but I do hope that they could improve their service to their customers since a lot of them are foreigners. In terms of quality, taste and pricing, I would suggest you move on to another restaurant. But if you really want to try it, consider bringing around 400 baht per person.