After our drinking spree in Skinny Mike's, K and I had to walk it off. Being the responsible guy that I am, I had to be sure I could drive and no longer woozy.
K was craving for some sweets. She wanted ice cream. The problem was that it was already past midnight. Good thing our walking and goofing around led us to the nearby mercato centrale.
I remembered  that mercato centrale used to be the in place for a night market vibe. It was the midnight food bazaar to go to every weekend. Presently, the tents aren't crowded as they used to be. Food stalls weren't as many as before. I am just happy that the dependable and delicious offerings are still there. One of them would have to be Merry Moo. 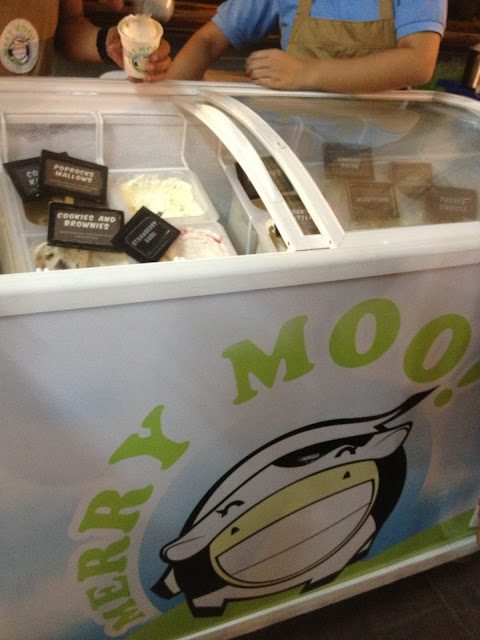 This ice cream joint was one of the few that started the sea salt caramel flavor here in the metro. Also, it keeps on reinventing itself and making weird and not so ordinary flavors. 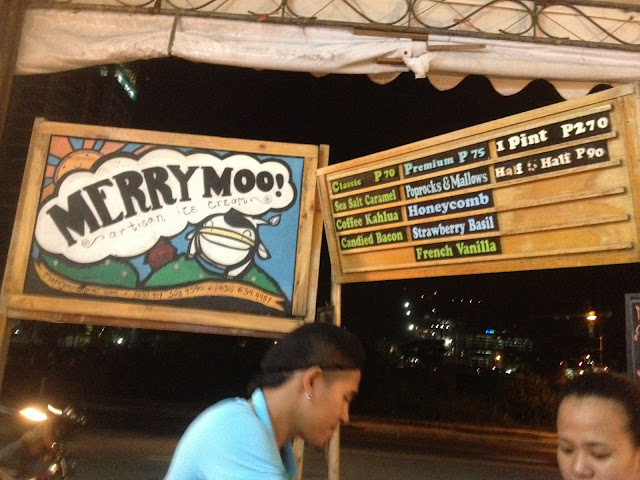 Of course they offer free taste. 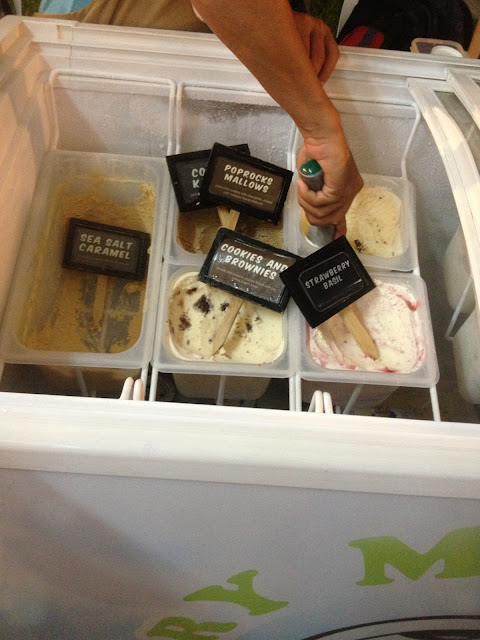 K had the sea salt caramel and I had the poprocks and mallows. 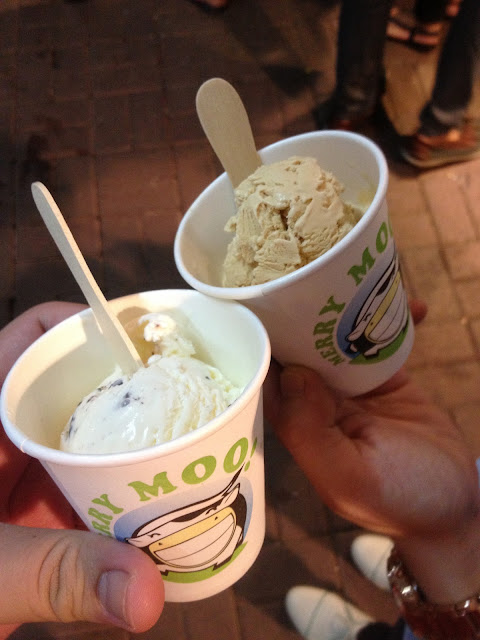 The sea salt has a weird but awesome sweet taste. The poprocks had huge chocolate bars mixed in that goes pop in the middle. LOL! We both enjoyed it. After eating and going sober, we went to another adventure. It was too early to go home. I mean it was already morning so why go home (1am).
Right? LOL! (wasn't my idea. I wanted to go home by 8pm remember? LOL)