She still didn't want to go home! OMG! I asked her what she wanted to do. No idea was the immediate reply. Thinking logically, we made a list and picked what we can actually do. So, we already ate. EX to that. We already had some booze in our system. Check. We could either go to a bar or watch a movie. Yep! That is right. In case you guys didn't know, Resorts World Manila has a 24 hour cinema during the weekends. Usually 2-3 of their 4 cinemas would be playing non-stop. Since we weren't dressed appropriately (I thought we were just going to eat out and do some chores!!!), we opted to go for the movie. 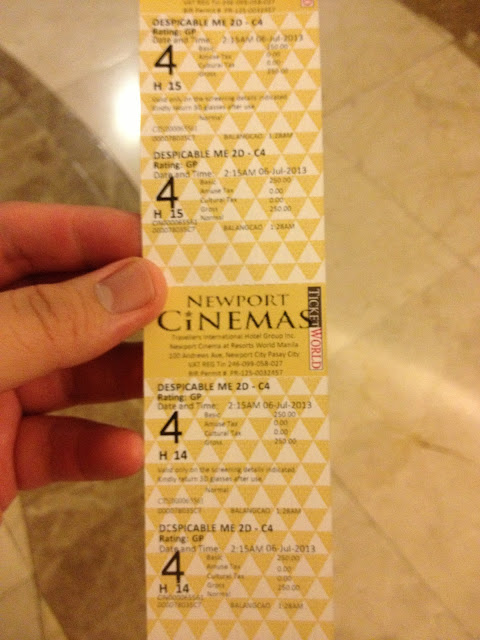 So fine, I had to drive all the way to Resorts World in Pasay to get her movie fix. Since there wasn't any heavy traffic, we got there in less than 20 minutes coming from BGC. Believe it or not, there were still a lot of people around! 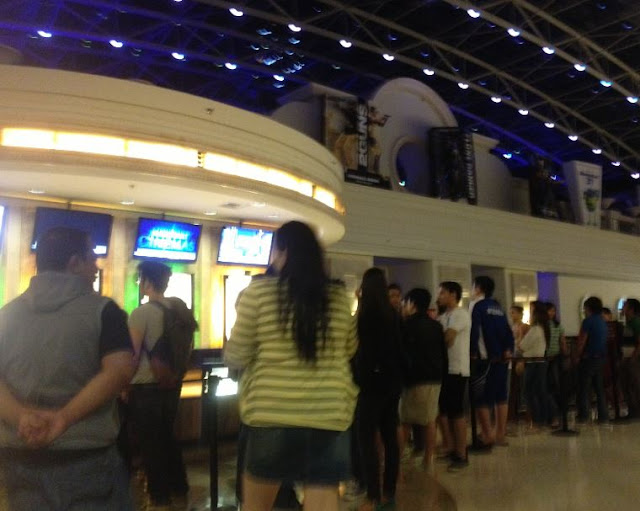 We rushed to the top most floor and had this long line infront of us. In the middle of the night, would you believe that a lot of people still loves to watch movie? I guess RW wanted to cater to these people and is the only cinema house that shows 24 hour screenings of in-demand and awesome movies. I got to admit the cinemas are clean, comfortable and accessible. Although a bit pricey (250Php, 350Php for 3rd, 5++ for the lazy boys and personal butler service with unlimited drinks and popcorn), they sure can give you a relaxing time. The images are clearer and sharper compared to other cinemas. The only thing that one would notice would be that the floor of the cinema would be bouncing. I believe since OPUS and Republiq are all underneath, one could still feel the sounds. It is quite awkward to watch a fun movie when your feet are dancing to the beat. 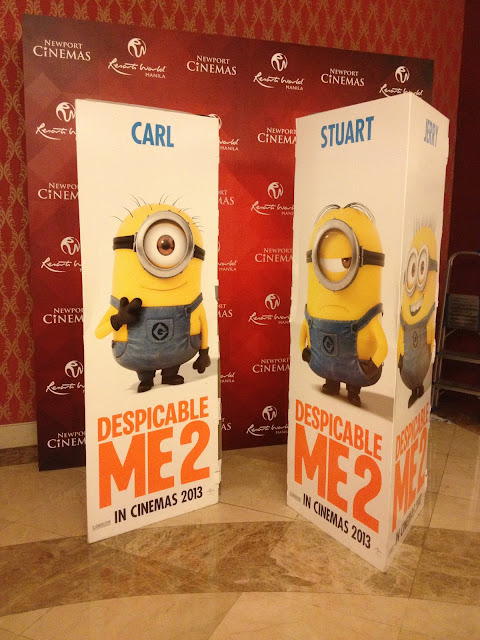 After purchasing the tickets, we saw the adorable minions! I mean, they are just so cute! Wouldn't you agree? 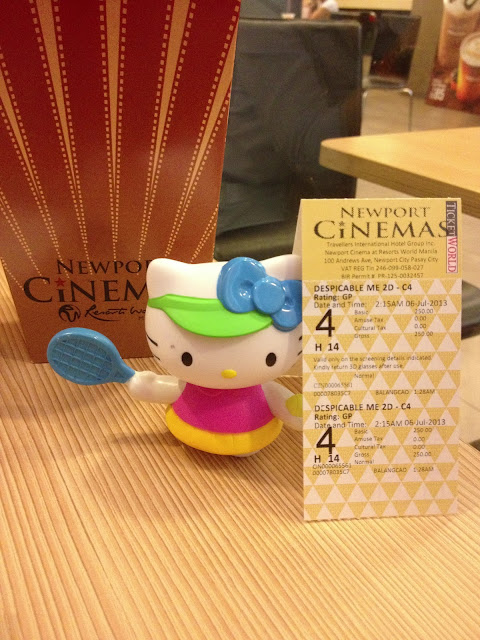 We had time to spare, so we went to Mcdonald's to get a minion. Low and behold they were all out of stock! From what I heard, most of the guys/gals in the metro are going gaga over them. Most of the branches of Mcdo wouldn't have any minions to offer (Yeah I only got 4 at home and I plan to give them away LOL!!). So, we just opted for Hello Kitty!!!

The movie was cute and a feel good one. It was adorable but the plot was simple and could be easily anticipated. I guess for its target audience (us kids), the movie would do wonders!
I KNOW RIGHT! It is mandatory to have an elevator shot in RW's parking. The images come out a bit smaller and makes one a bit thinner! That is the tip of the day! LOL

Oh believe it or not at half past 4am, we were stuck in the mall because of the heavy traffic!!! It was horrible. The only good part of it was that we were able to do some people watching and saw some girls/guys drunk, wasted and were even crying. We laughed! Not at them but because we experienced that too back in the day (yeah a few months ago! LOL! ).

Please do take my advice. If you can't handle alcohol don't do it in public. It would be better and safer (cheaper!!!) if you would do it in the privacy and security of your own home. Plus DO NOT DRINK AND DRIVE!! I remembered when all my friends were wasted and I wasn't doing too well too. I believe, in this situation, it would be better to call for help from your family or driver to just pick you guys up. Rather than driving on your own and getting into an accident.

P.S.
If you don't have anyone to pick you up, I would suggest this service.
Lifeline. Its primarily an ambulance service but it has this driver on call program.
It only costs 500 Php if within Metro Manila. What happens is that they dispatch a car with 2 drivers on board. One of them drives your own car to bring you home while the other follows using their own vehicle. You could contact them at  16-911 or 839-2520 to 30 and 0917-54-16911. Of course it would take them 30min to an hour to get to you so you might need to call 30-45 minutes prior to leaving. I haven't personally used this service yet but I have coordinated some ambulance conduction before with their company. I can say that they are really professional and helpful with everything.

Disclaimer: I wasn't asked nor compensated for this post.
Tagged