After doing a bit of chores, my mom and I went to Shangrila for lunch. 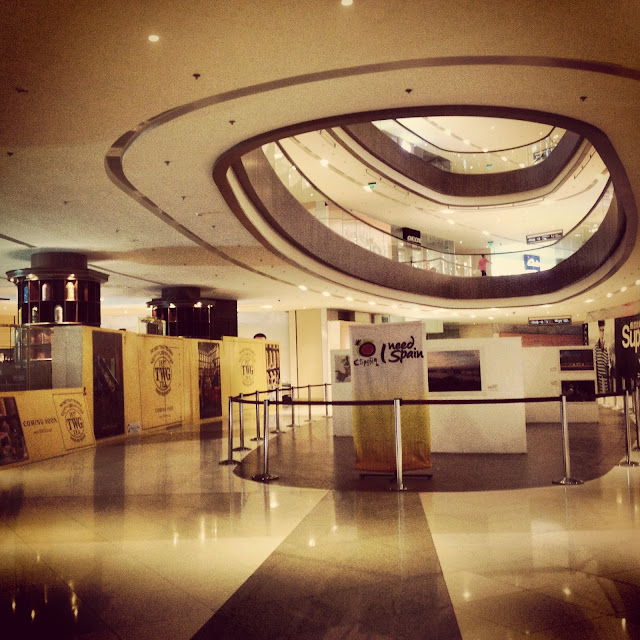 As usual we got there pretty early. So, we opened the mall for them. LOL!!
Since we were aiming to eat at the new ramen place in the East Wing, we figured that on a weekday there wouldn't be any line. 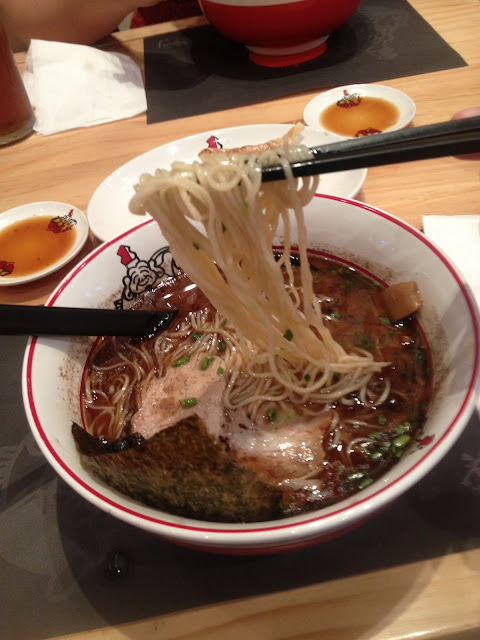 We got seated pretty quickly as we were the first customers there. 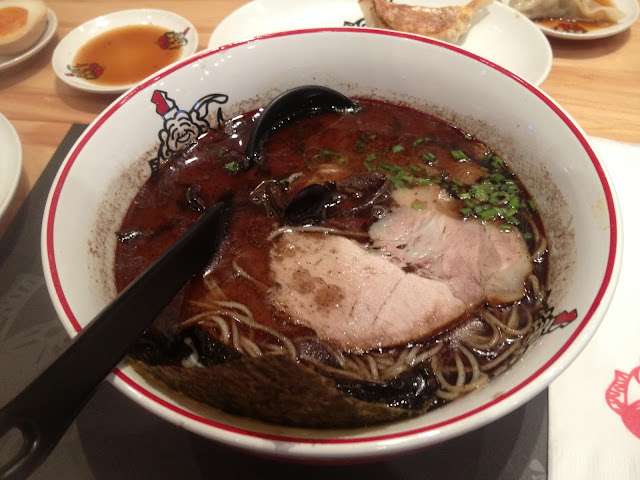 I had the black garlic tonkotsu (380 Php). My mom tasted it and its like having pancit. The garlic background of the broth made it taste like the old school favorite. The bowl was peeping hot and the meat was tremendously soft and yummy! 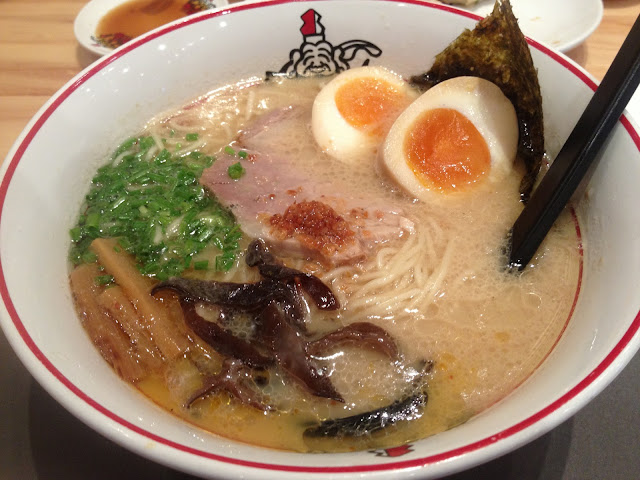 My mom had the Ajitama Tonkotsu (380Php). It was milky in flavor and had this rich aroma. Of course we had additional orders of their meat and egg. Because it was so soft and yummy. The egg my mom thought was red. Although it did looked like that, it really tasted incredibly good with the ramen. 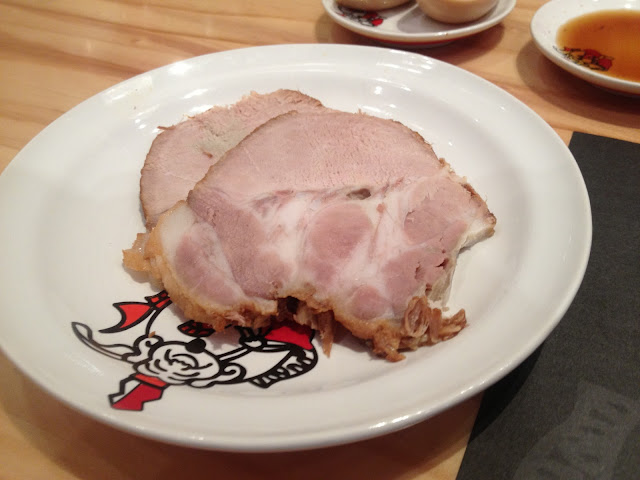 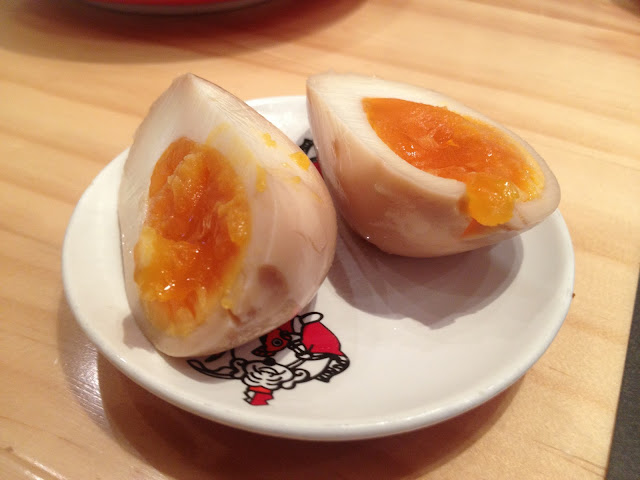 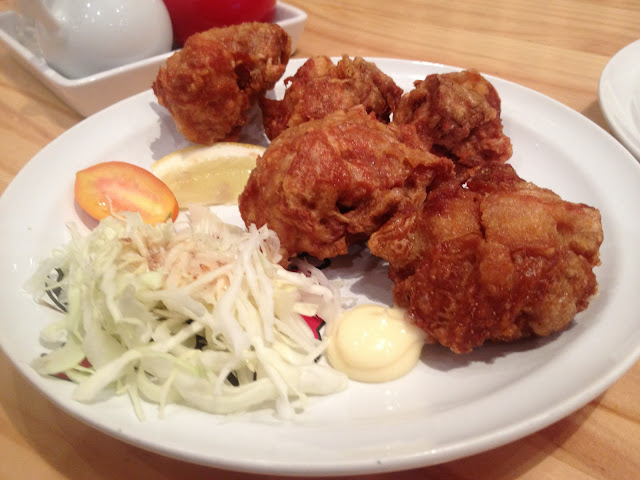 We had some karaage (180Php) and some potato croquette (160Php) too. Deep fried goodness. The chicken was boneless.The potatoes were crunchy outside but gooey inside. 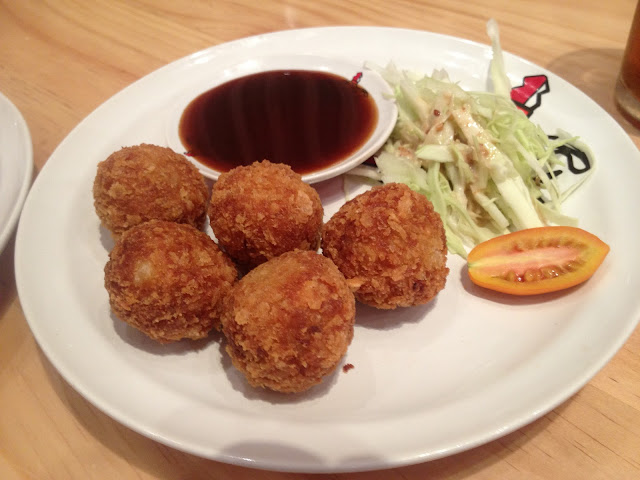 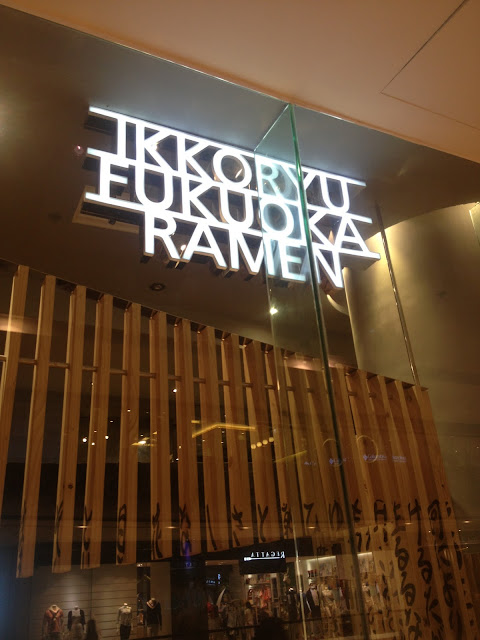 The place had a fast food feel to it. The waiter would shout out to the chef some of the orders and when ready the chef would scream the done dishes. It wasn't super good that I would be coming back anytime soon. It wasn't bad either. The price was that of any medium to high end restaurant. For the both of us, the bill was around 1600Php. Also, when we asked if we could order for takeout, they said that they don't allow it. What's up with that? 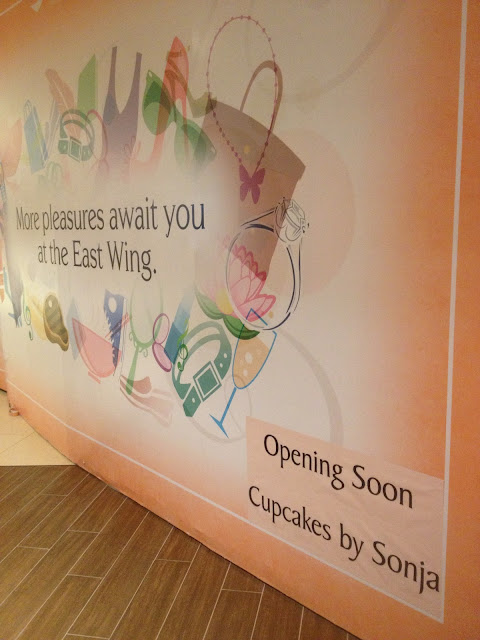 Oh and yeah... Saw this at the basement level. After I tasted some of the cupcakes during the BGC EATS food tour, I can't wait for this.