Forever in our Hearts: Rest in Peace Lolo

It pains me to see that my lola is having a hard time letting him go... :(
Lolo Tatang, as I fondly called him, was a great man. He used to work for the government and was even sent overseas to study and learn new technology during his time. 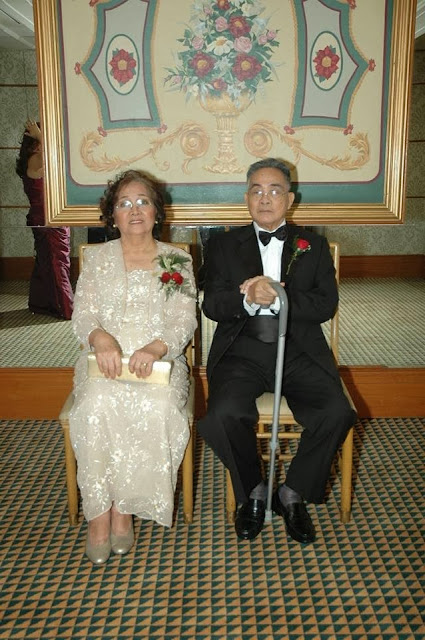 He was a loving husband to Lola Ima. A caring father to his 5 wonderful kids. 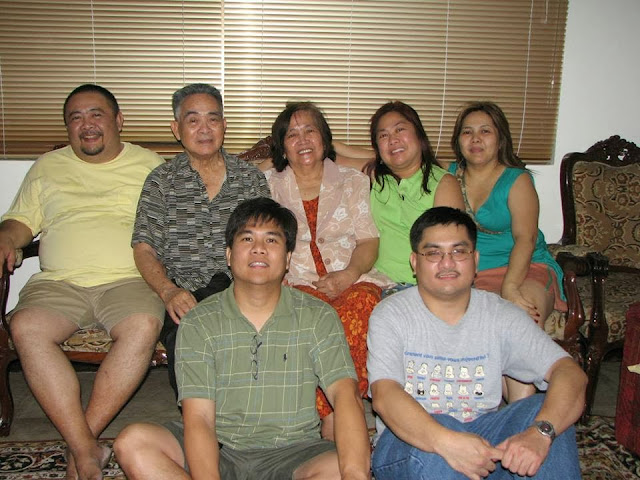 A great grandpa to all of us grandkids. 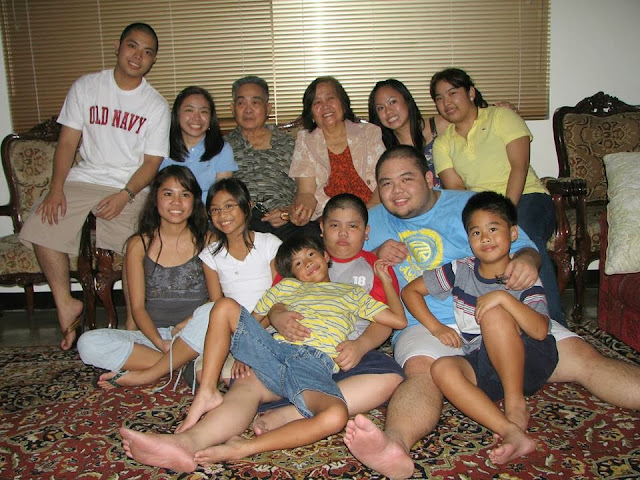 Tita G, and mom would talk about 2 life changing events that lolo did to them.

The first one was when the two of them went on a drinking spree!

Picture this: Two hot girls, in the 70's, drinking and screaming the address of their house just because they might forget it! That is how grabe they were! Vomit here and there.. party girls.. tsktsktsk!
... Lolo, along with my other titos, took care of them the night they came in. Even if they were covered with vomit and what not he helped them... Of course the next day he gave them a head to toe sermon and they went on an early morning road trip back to the province. Mom and tita never went drinking again thinking about the hungover and the gross stuff that happened.
Another one was when mom and her cousin were caught smoking. (If you guys know me, I don't smoke! Never tried and never will so don't do it!). Rather than give them a spanking, he bought a caha and placed them in a room to smoke it. He taught them the lesson of never smoking. Now, mom always reminds us never to smoke and teaches us the hazard of it.

It may seem shallow, but lolo definitely was strict and loving. He never, not once, raised his hands against his kids and us grand kids. He always tried to teach through example and a proper talk.

He was a proper man. Not too vocal but definitely emotional and a deep thinker. He used to keep a journal and wrote everything in it. He was really sentimental because of all the pictures we found lying around in stacks of albums. We would scan over the notebooks and the albums and would get teary eyed but cover it up with a laugh. 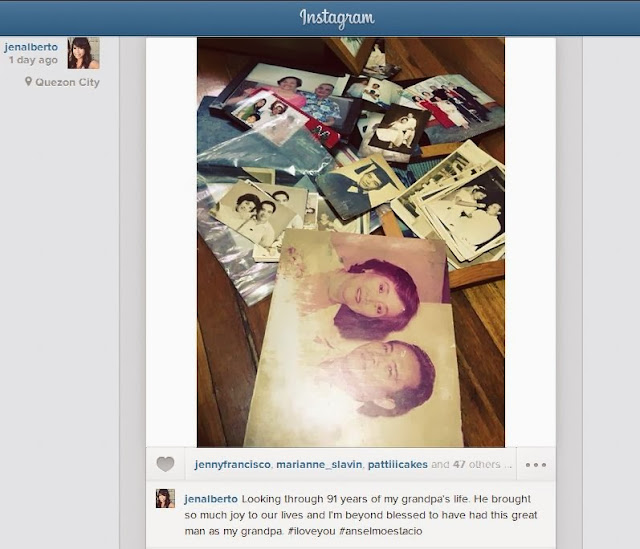 My most fondest memory of him would be when he was taking care of my cousins and I. At times, I would stay at their place for an impromptu overnight session with my other cousins. We would try to sneak out and buy some booze and food stuff from the nearest convenience store.

I remembered that he would stand by the gate and "guard it". He didn't allow us to go out just because he was thinking of our safety even if we were "grown teenagers" LOL.

It just goes to show that he cares for us so much that he doesn't "just let us go".

Worst.. or not really because its funny..., he was "chismoso" in a way. He would know about all the girls in our lives. I mean for my older cousin and I, he would always tell us... "always keep reserves.. never stick to one.." LOL! "collect and collect then select...".... Don't ask what happened with me.. I won't answer you with a straight face and yes, he knows all the girls that I dated.. from girl 1 to girl 2 to girl 3 and so on. LOL!.. what a funny lolo!

Of course all of this is just to make fun of us... believe me that I respect all the girls in my life! Never ever had I looked at another girl while I had a relationship... (just making sure things are straight...LOL..lagot ako...)
...

Sadly now, we are now the ones that must let him go. Still, he would always be in our hearts and minds. We would forever treasure the memories we had of him. I am forever grateful for the sacrifices he had to endure for our family. 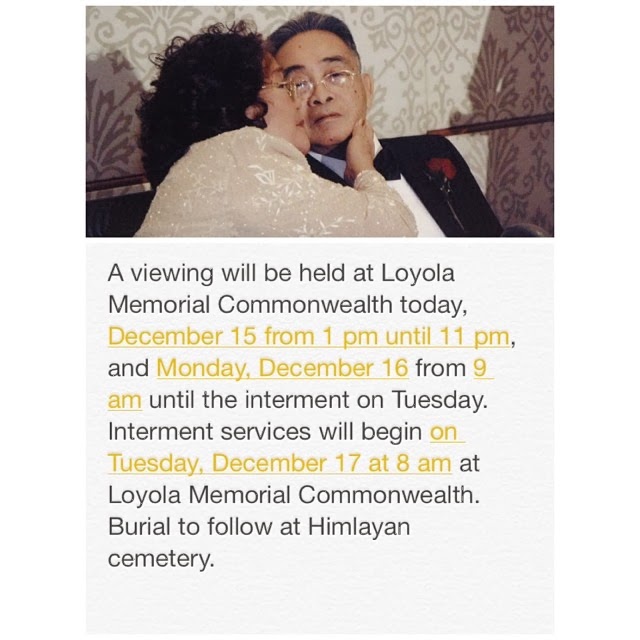 Disclaimer: Some of the pics aren't mine. I got them off google.com and instagram and facebook
Please do not drink nor smoke. If you drink, do it moderately and don't drive. It is bad for your health.
Tagged