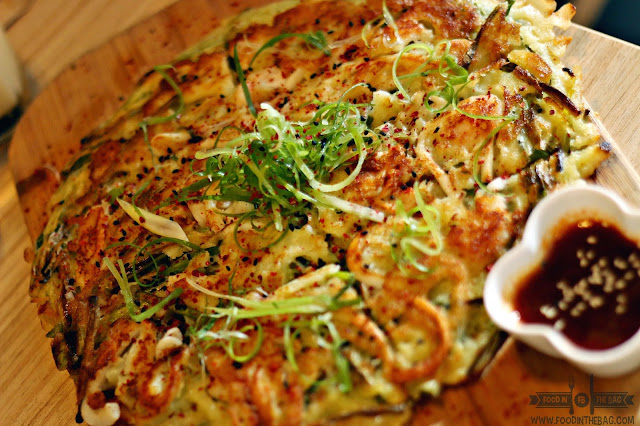 And a different kind of "pizza" it was. When you say Korean food in the metro, it is synonymous with having grilled meat or bibimpap or a buffet and the like. At EUMMANE, they make Korean Fare into something modern and not the usual traditional food. It's different.

EUMMANE is not your ordinary Korean Restaurant. When Korean food comes into mind, I would think about grills and a lot of kimchi. EUMMANE makes it somewhat of a fusion of traditional Korean food with a modern twist. 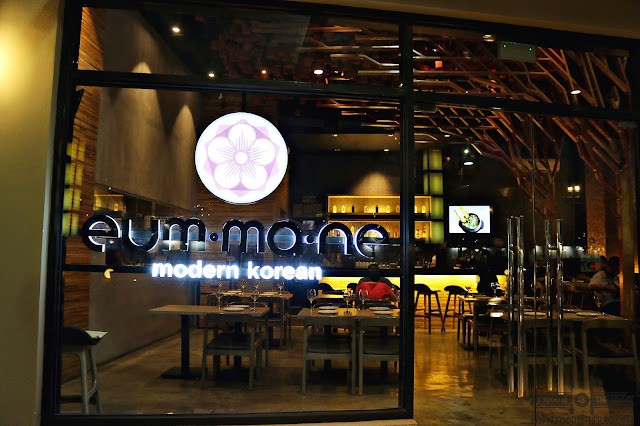 Located outside of Estancia Mall in Capitol Commons, Eummane prides itself as a Modern Korean Resto and a SOJU BAR.
SOJU is the usual drink that we would see in Korean Television Shows that the main character drinks. It is alcoholic but has a neutral flavor.

Lucky us, we were able to taste a few of the drinks that they serve. These cocktails are all soju based but are definitely fun to drink. None of that icky factor and taste. Definitely creative and fun. Perfect for a night out with the gang. 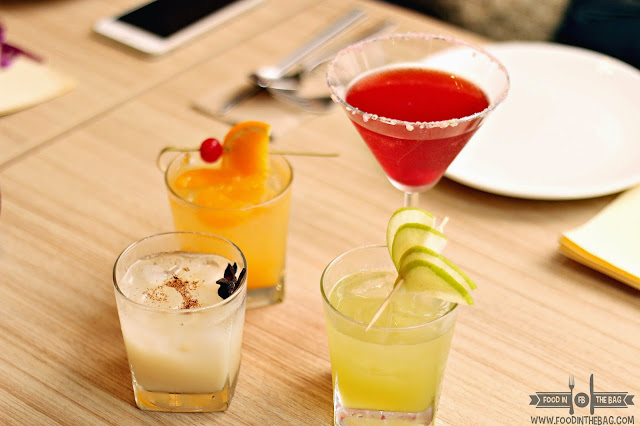 From Lower left clockwise: Cinnamon, Mandarin, Candy Crush, and my personal favorite Green Apple. They have coffee, lychee and a lot more to choose from. Good stuff!!!

The KTG started the meal with BULGOGI JALAPENO POPPERS. As the name suggests, bulgogi is made into bite sized deep fried bits. Served with taro chips and cilantro sour cream and Gochujang tomato salsa as dips. 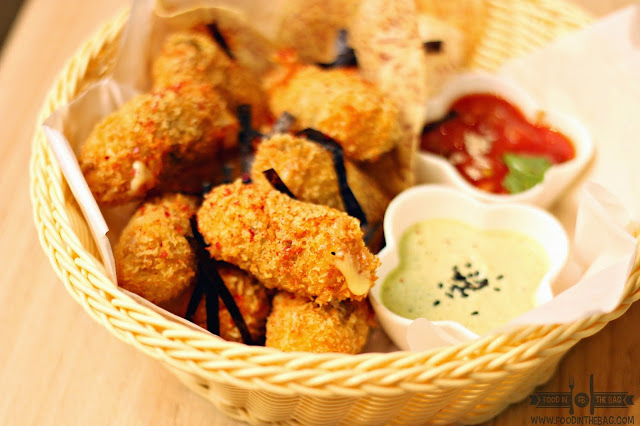 CHICKEN CUCUMBER SALAD with YEONJEOJA VINAIGRETTE (320Php). This was more of a dish to me than a salad. Generous amounts of grilled chicken mixed with Yeongeoja mustard vinaigrette. 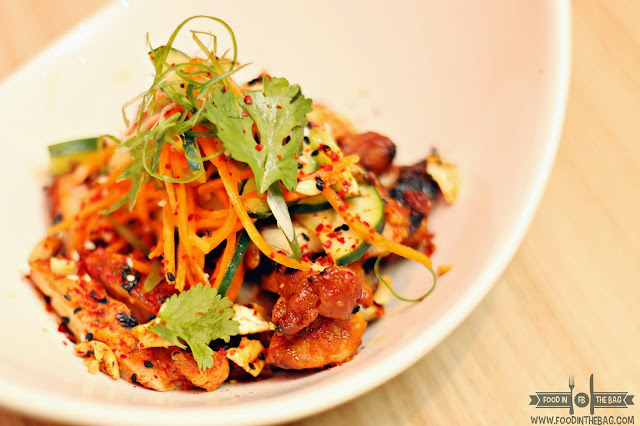 For the "pizza", the SEAFOOD PANCAKE (320Php) is a winner. Perfect for sharing and one slice is not enough. Fresh shrimp and squid goes well together in this crispy pancake. 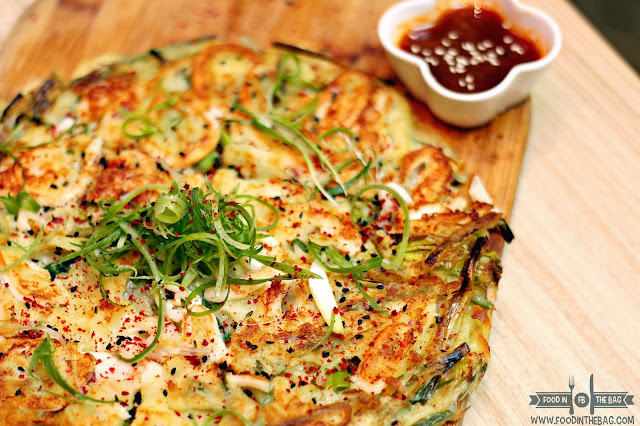 A different take, the BULGOGI RIBS (690 Php)was perfectly marinated with modern Korean sauces. The flavor is American Korean. Somewhere in the middle. It was juicy and tender. The corn is crowd favorite also as it is grilled and flavored with nori. This has got to be the best different ribs, I have tasted in awhile. The price is worth it because of the taste and the huge serving. 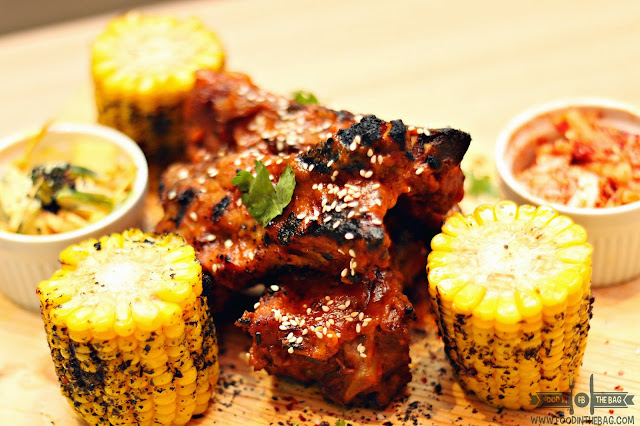 For someone into seafood, the HONEY GLAZED SALMON with MOMIL NOODLES (610 Php) is a clear choice. Pan seared, it is served with Korean Noodles. The sauce is soy milk based and goes well with the noodles. 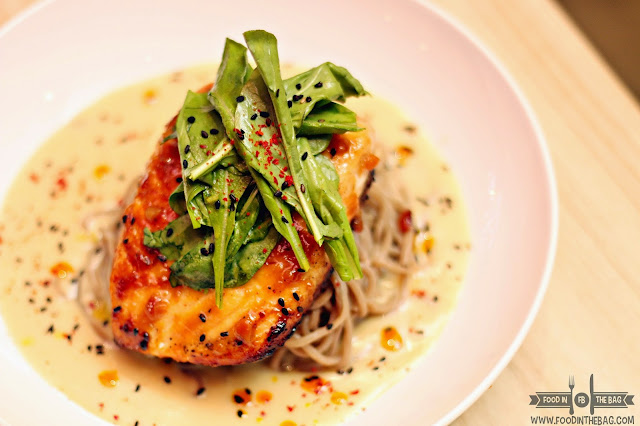 Who couldn't forget wraps. Traditional Korean food makes us wrap meat into veggies. This BOSSAM PORK (820Php) is their version. 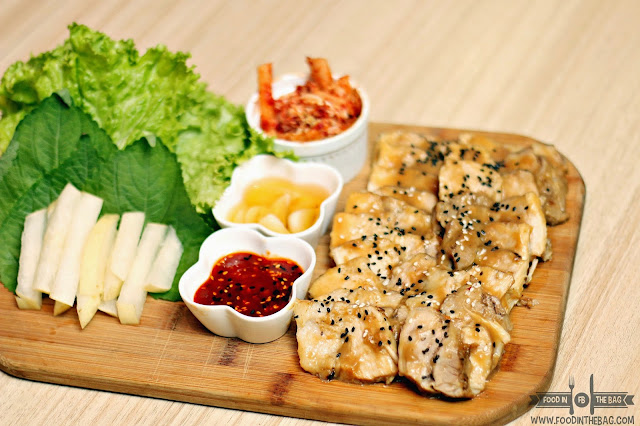 Good for 4-5 person, the veggies are fresh and the meat is tender and flavorful. Adding kimchi and other toppings gave it texture. 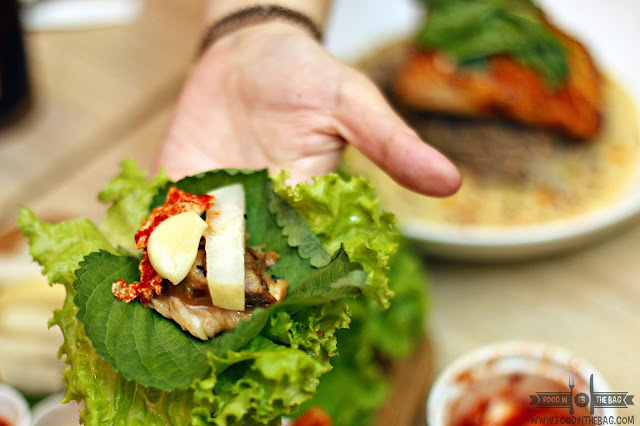 Not really something that you would see in a Korean resto, but the KOREAN JERK CHICKEN (650 Php) is love. The chicken is marinated with the right kind of sauces. Having it spread on all fours made it cooked perfectly. Putting it in a pita wrap with the side dishes of mango relish and coleslaw is a joy. More please! 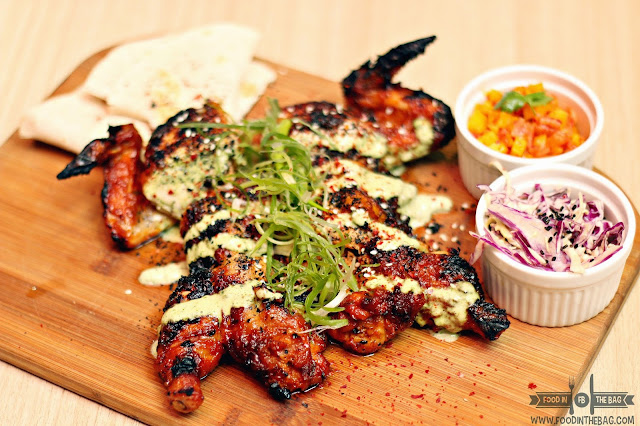 For cheesy pasta lovers, they have the BAKED BACON and CHEESE MANDU (355Php) 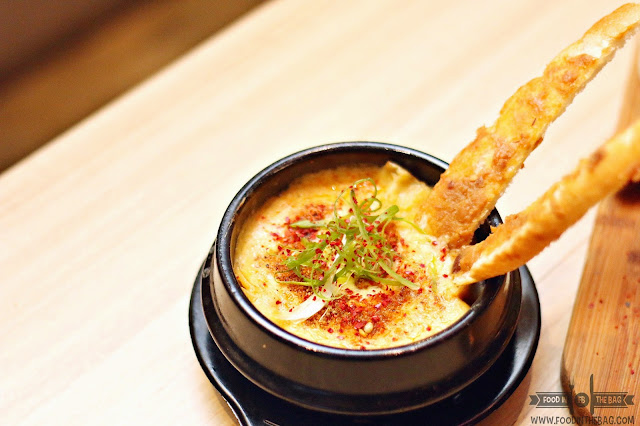 Korean pork and veggie dumpling is engulfed in a Mornay Cheese sauce with bacon. It even has miso butter in it. Kinda like Korean Mac and Cheese. 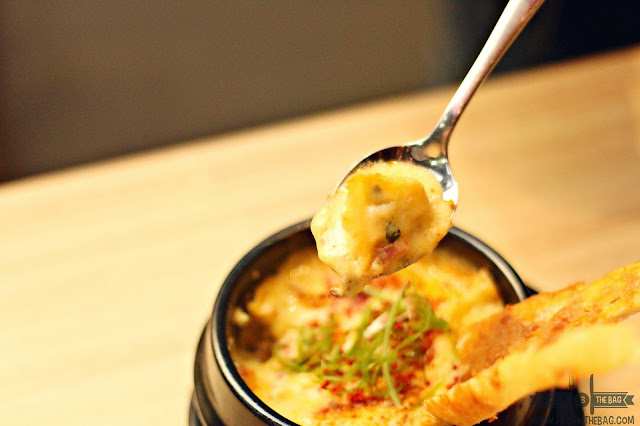 The BANANA MILK CHEESECAKE (225Php) is based from a popular drink in Korea. Yep you guessed it, Banana milk. I would have liked for the cake to be more formed. It was a little too soft for me. The flavor of banana was a little mild. 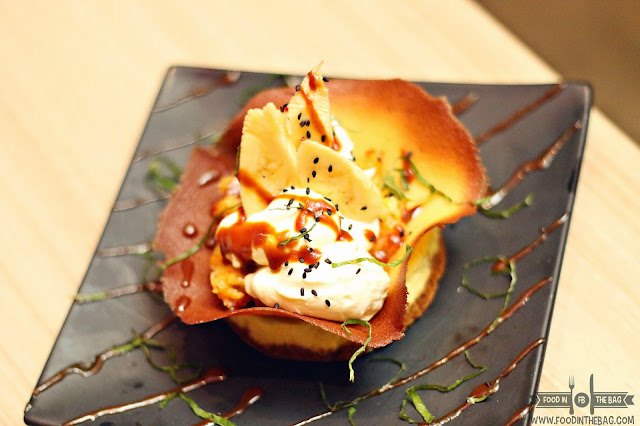 This I enjoyed. The Gochugaru Chocolate Brownie (225 Php). Hot and sexy. The Korean powdered chili made this dessert cold and hot at the same time. It wasn't really too much and quite tolerable but the brownie just completes the contrasting flavor. Yummy! 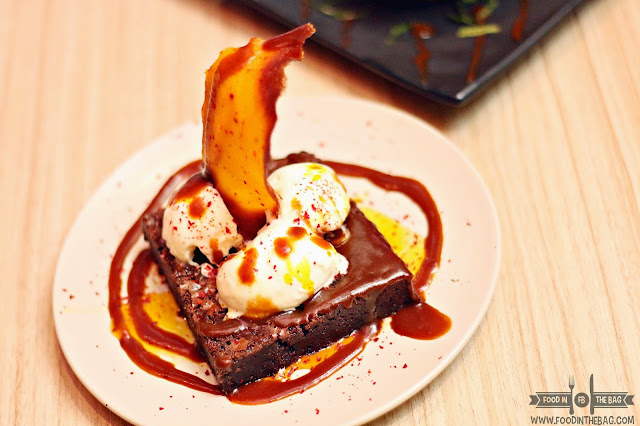 
Although it might be considered a little pricey, I'm pretty sure that it's worth a try to dine here. Chef Nino makes sure to prepare and serve a different kind of Korean food. Quality wise, I have nothing to complain about. Having it as a SOJU bar makes the place more inviting to occasional drinkers like me. Masarap kasi uminom!

Disclaimer: Wrote this based on my experience. Was invited to try this out.
Tagged