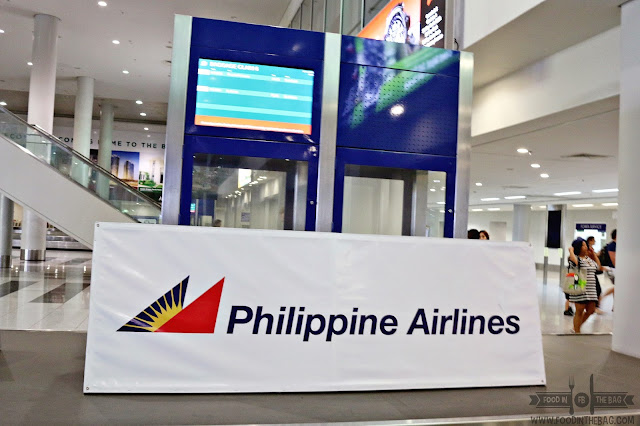 A couple of weeks back, I traveled to BORACAY via CATICLAN and back for a little RnR. Granted that summer was coming to a close, I enjoyed relaxing in BORACAY since there were less people and it wasn't as crowded as LABORACAY.


When going to BORACAY, you could either choose KALIBO or CATICLAN. CATICLAN is closer to BORACAY and the transfers are cheaper. When you pick KALIBO, you would take a land ride that would last around 90 minutes from the airport to the JETTY PORT. 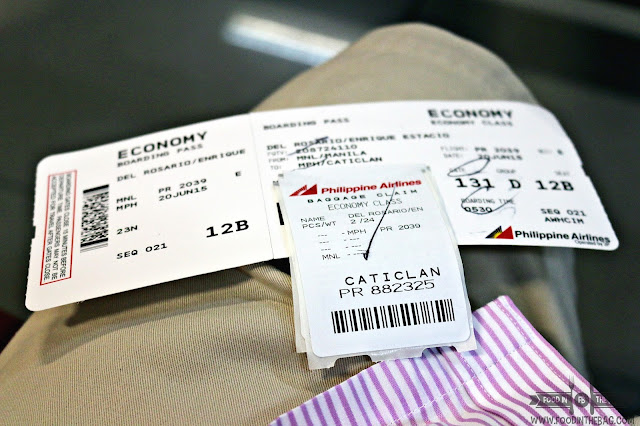 ALL of the CATICLAN flights of PHILIPPINE AIRLINES depart from NAIA terminal 3. I suggest you get there at least 2-3 hours before the flight itself.

Since the airport I chose was CATICLAN, we had a smaller plane. A turboprop, if I am not mistaken. Caticlan Airport can't really accommodate huge airplanes and as such can only be reached by smaller ones.
Good to know is that the government is expanding Caticlan airport and hopefully a year or two from now, it could accommodate huge planes from international flights.

In the mean time, you would be waiting for the plane at a ground level lounge in NAIA 3. 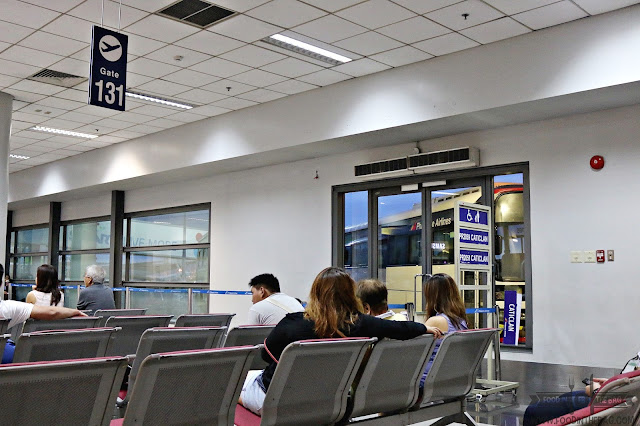 And would ride a bus going to the airplane itself.

As I mentioned, the plane is a turboprop so it was a little nerve wracking but none the less, safe. 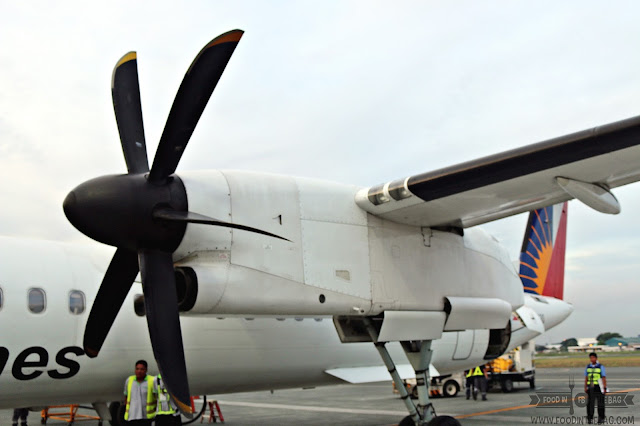 The seating arrangement were 2 x 2's. I was pleasantly surprised as the leg space was generous on this plane. 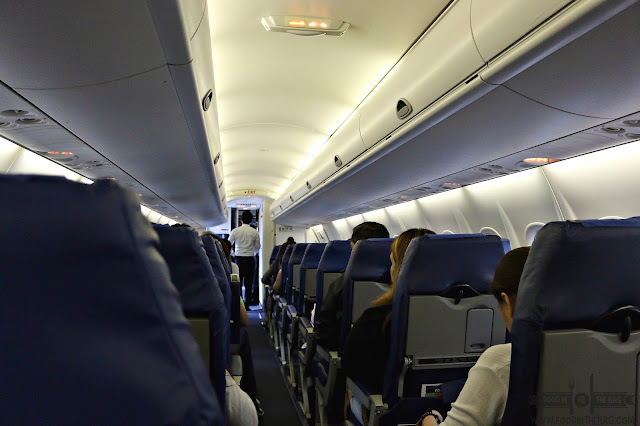 As I said, CATICLAN AIRPORT caters to smaller planes because their runway isn't big enough. True enough, our plane was diverted to KALIBO because of weather issues.
If for some reason the pilot can't land his plane in CATICLAN, they usually divert it to KALIBO. We waited in the plane for around 20 minutes for Philippine Airlines to fix this. As such, we were given free shuttle service going to CATICLAN JETTY PORT. 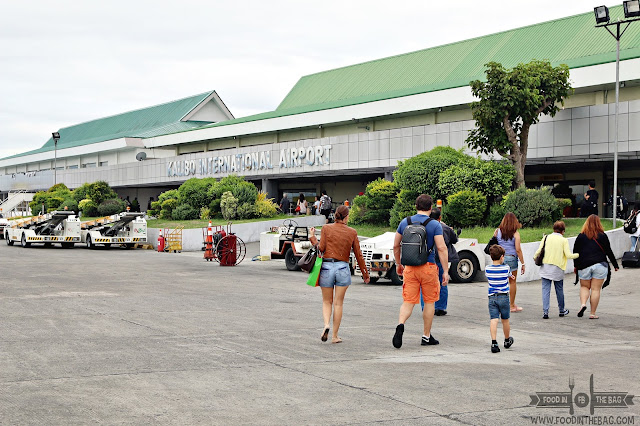 It was a scenic 90 minute van ride. Old schools and a mountain range. 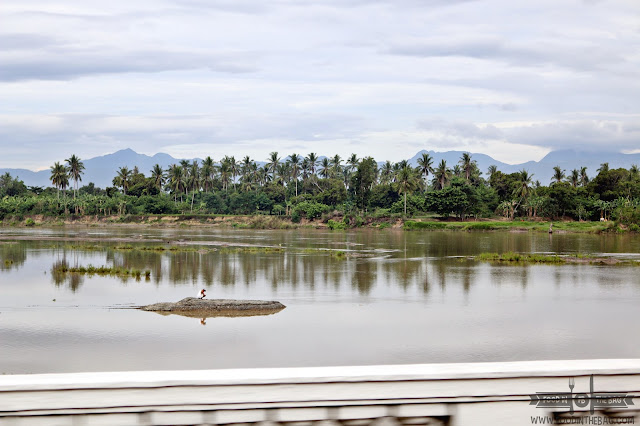 When we arrived at the JETTY PORT, SHANGRILA BORACAY took care of everything. 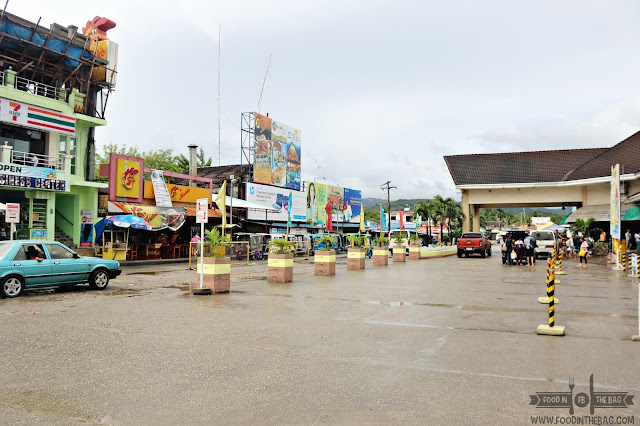 DID I mention, we were staying at SHANGRI-LA BORACAY? It pays to get the best and for them to take care of everything.  At the jetty port, they have their own dock and lounge. 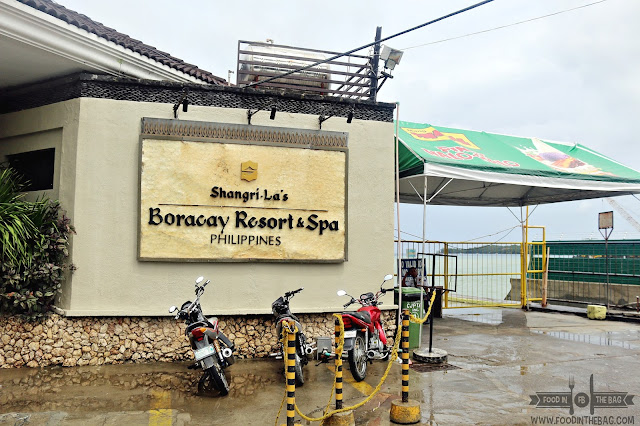 The lounge is clean and has a relaxing vibe. While waiting for everyone else, they give you all the welcome refreshments you could want. Cold towel for the humid weather and some drinks as well. The washroom is also clean so you might want to do your business there. 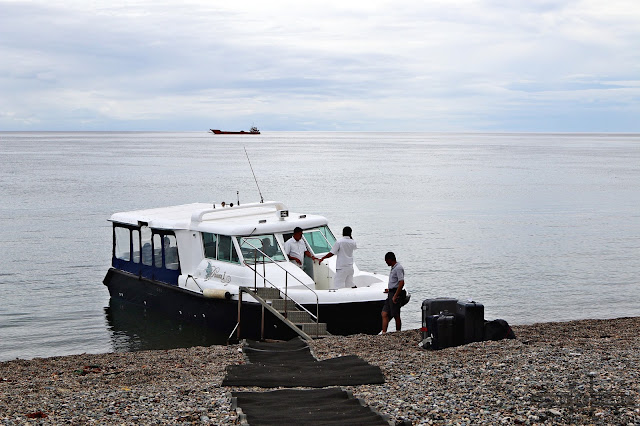 Since the water wasn't calm, we were transferred to a beach nearby. It seems SHANGRI-LA went above and beyond and got a nice place that could accommodate its guests. The waves were better here and we were helped onto the boat. Thankfully, it wasn't like the small outriggers that I saw previously. 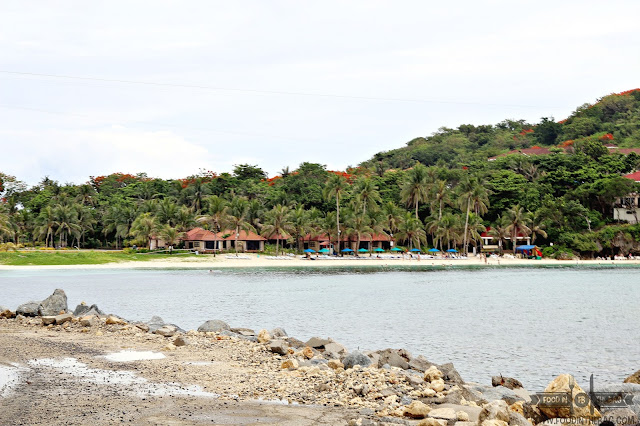 We then arrived in BORACAY in one piece. We docked in FAIRWAYS and BLUEWATER since the waves over at Shangrila's own dock was also not calm as we wanted it to be. 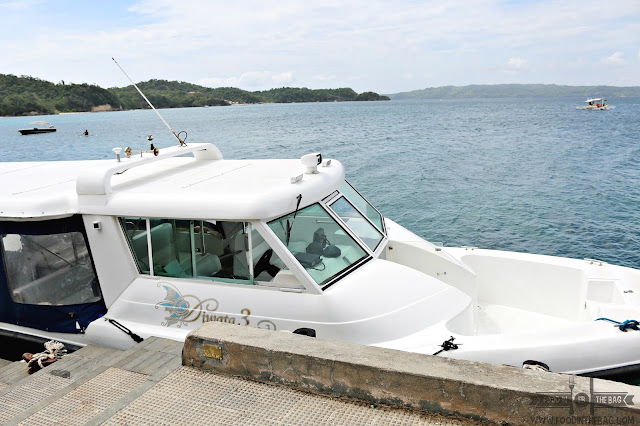 After our vacation in Shangri-la, we took the same route back but this time, we docked at CATICLAN JETTY PORT. Since SHANGRI-LA has their own place, we went there. 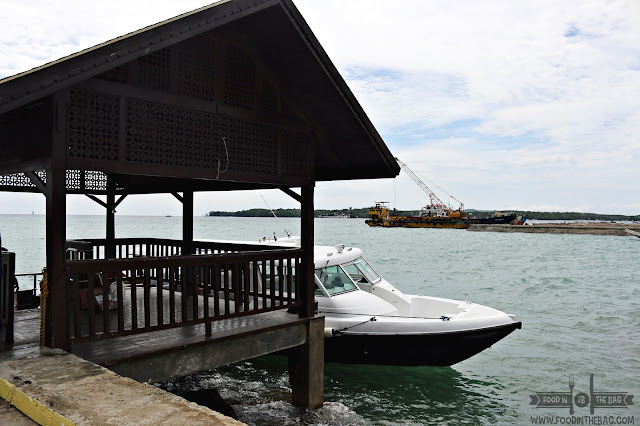 After relaxing in the lounge, we checked in at CATICLAN AIRPORT. Here, Shangri-la even has a staff member that assists its guest with their luggage and booked their flights.

TIP: IF PAL tells you they have an earlier flight, go for it. Although there might be a chance that it might be delayed due to congestion in NAIA, as a rule of thumb always go for the earlier flight. You would never know. 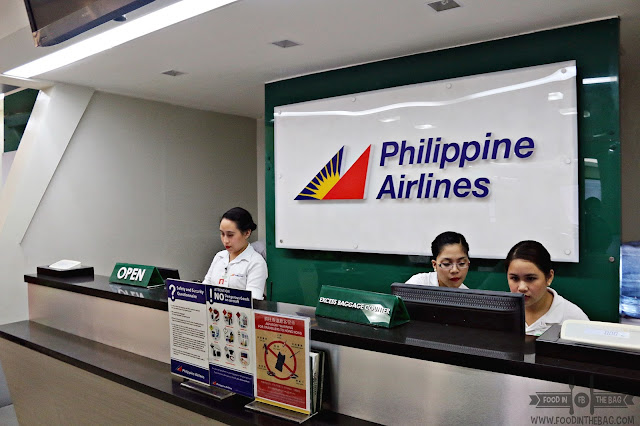 The waiting area is pretty small even if there is a second floor. 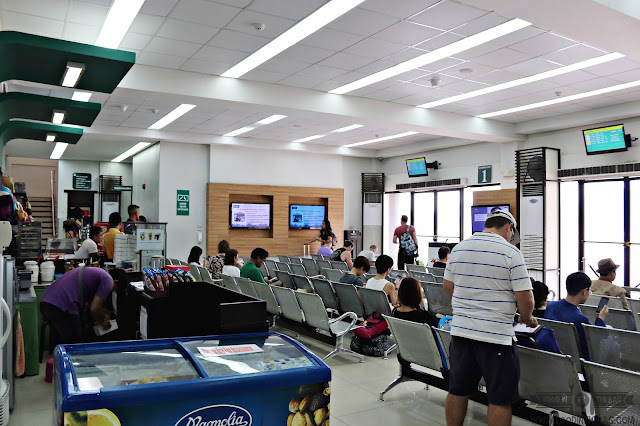 It could get crowded even if they usually cater to CEBU PACIFIC and PHILIPPINE AIRLINES.

Thankfully, SHANGRI-LA has their own lounge on the 2nd floor. It has a flat screen tv with cable and also damn good a/c. 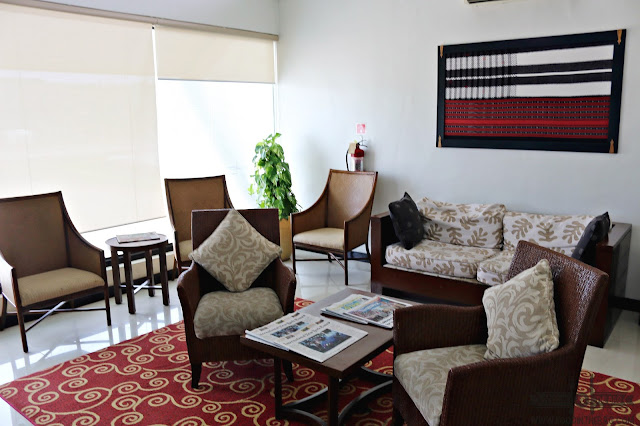 The Caticlan Terminal offers free WIFI although it could get slow. 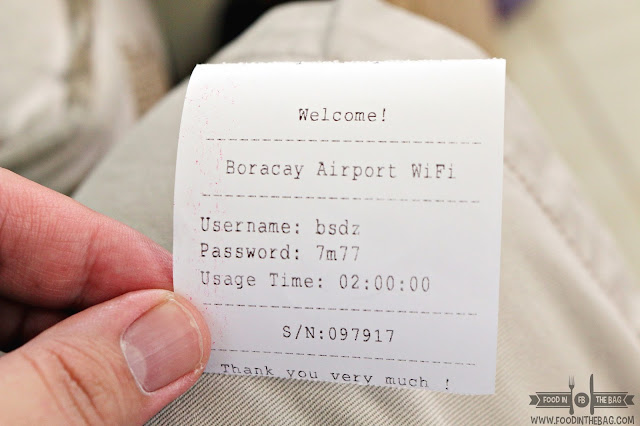 Sometimes, the plane maybe early but the problem would be NAIA's congestion. How real was it? We were on top of Metro Manila for a good 20 minutes. I even saw the EDSA TRAFFIC and my house up north. Yes that bad. 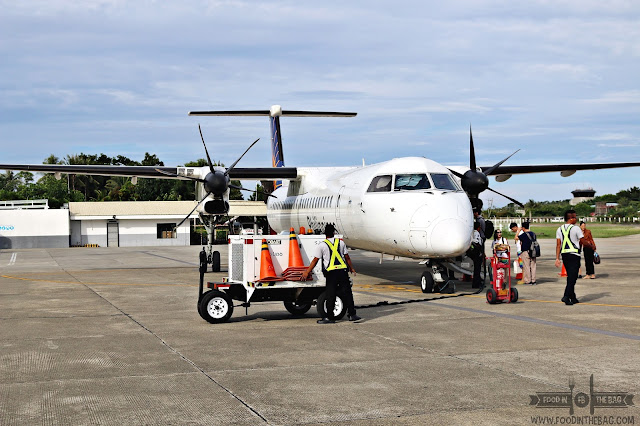 In any case, I hope they get to fix the Airport in CATICLAN and also in Manila so that more tourists would have a pleasant and safe trip. 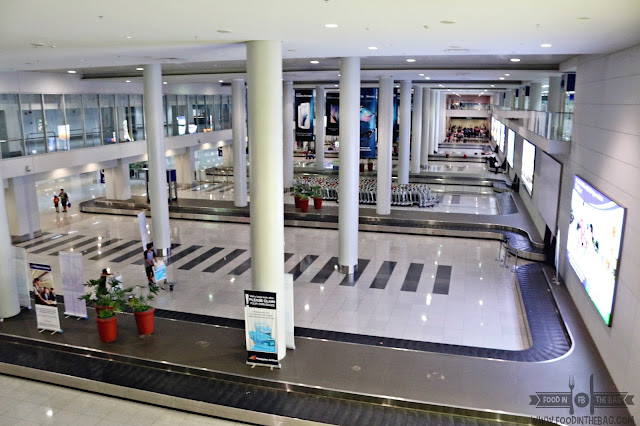 Glad we arrived safely... Next share, my BORACAY SHANGRI-LA EXPERIENCE.


Disclaimer: Wrote this based on my experience. Paid for our trip.
Tagged