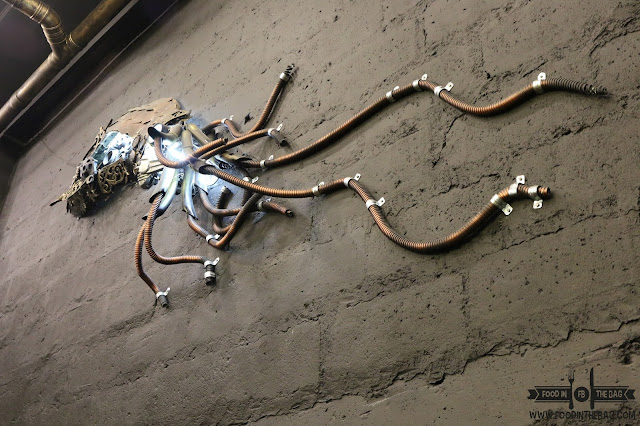 I dream of restaurants being able to carry themselves as proper hungout places. Not like other establishment that let's you eat for an hour and expect you to leave as soon as you're done.

Thankfully, I experienced the former in DYCE N DYNE.  Rather than the usual good food and grub that you would expect, DYCE N DYNE specializes in one other thing. They offer board games for you to play with. Not just board games but also cards and other interesting offline games. Yes, you can stay for as long as you want as long as you keep on playing.

A couple of weeks back, I was fortunate enough to be in the vicinity of Pasig Shaw. There, I saw it. DYCE N DYNE. "So this is what a board game restaurant looks like", I told myself. It was my first time going to a board game resto. 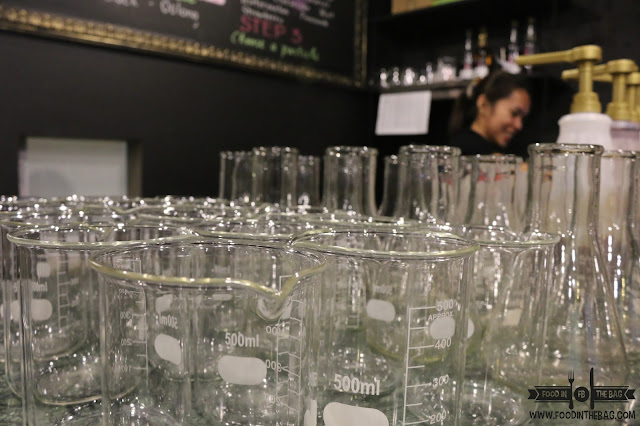 A big giant metallic squid structure greets you as you enter. The restaurant's mascot.
Different metallic sculptures on the wall to give you that artsy bad ass feel. Yes, board games does that to people.

Aside from the hundreds of games available to play with, they also have a second floor that can accommodate more diners and players. The also sell other games and toys for the big boys and girls on the second floor.  I for one got a badass Pokemon Tshirt. Yes, they had my size. 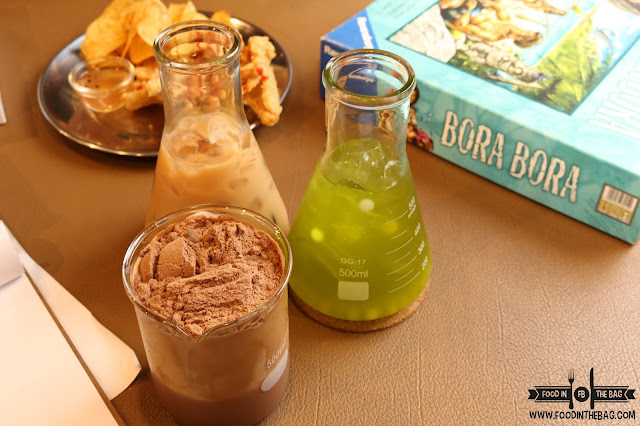 Did I mention that they serve your drinks on flask and beakers? Yes, geeky like that. They play with the drinks and let us enjoy them as they are. From a Milo Dino to something fruity and sweet. Perfect with any game.

Picking a game might be hard so I suggest playing with Cards Against Humanity to start your night. Quite easy and fun for groups. Don't worry though, they have game masters on board to teach you how to play a game if you don't know how.


One thing to note about DYCE n DYNE is that they take their FOOD SERIOUSLY. They may have goofy names but the dishes they serve out are perfect for game nights.

CHICKEN SKIN of AVALON (150Php). The skins are accompanied by home made potato chips and bbq sauce. I wouldn't mind having one with a bottle of beer. 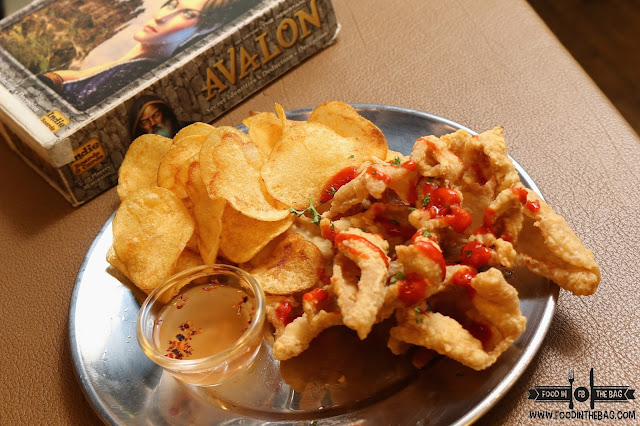 Another tasty treat is the BORA BORA BACON TEMPURA (330Php). Deep fried tempura coated bacon served crispy. Each bite would make you ask for rice. Bits of nori on top adds to the flavor and having maple syrup for sauce is just genius. 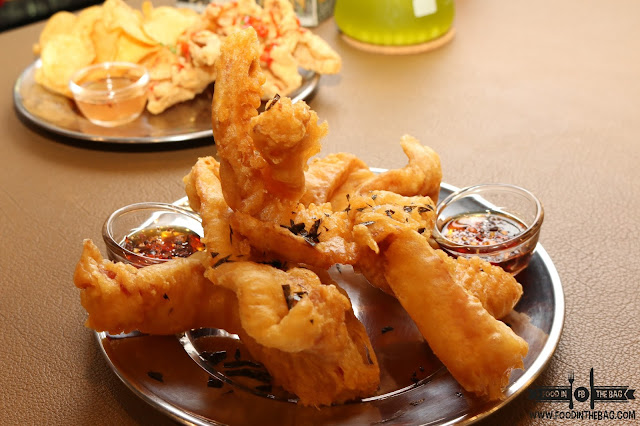 While playing any game, I would suggest that you get their LEGENDARY GRILLED CHEESE (150Php). Toasted bread with 2 kinds of cheese. It has some slices of tomatoes just to add into the flavor. I like the simplicity of the flavor. Yummy! 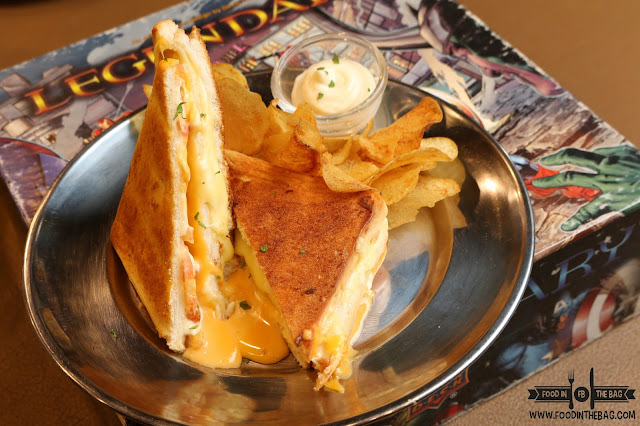 If in case, you don't have a big appetite and are willing to share, the MUNCHKIN SLIDERS (250Php) is up your alley. Corned beef patties with hashbrown and egg. It's like breakfast in a bite. 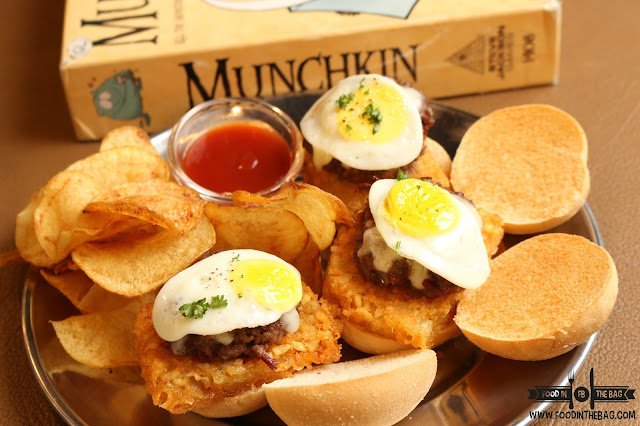 Another bread dish that you may want to try is the CODENAMES PULLED BEEF SANDWICH. The beef shreds were a little sweet but the coleslaw balanced it out. 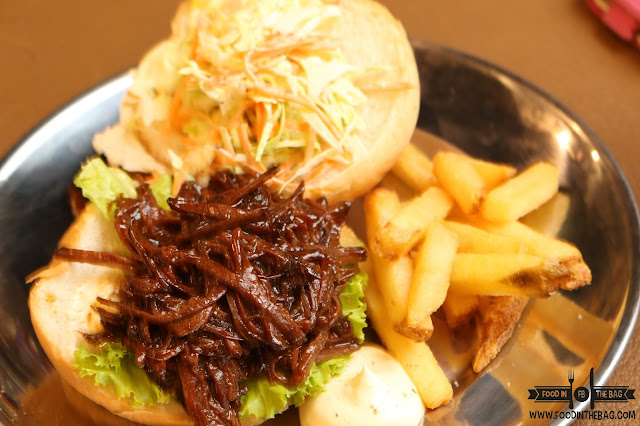 It may also come as a surprise that they serve rice dishes too. One of them, the MYSTERIUM CHICKEN FRIED STEAK is a top pick. Something new off the menu, this right here is perfect with rice. Although accompanied with mash potato, the steak coated with fried chicken coating is a joy to eat. 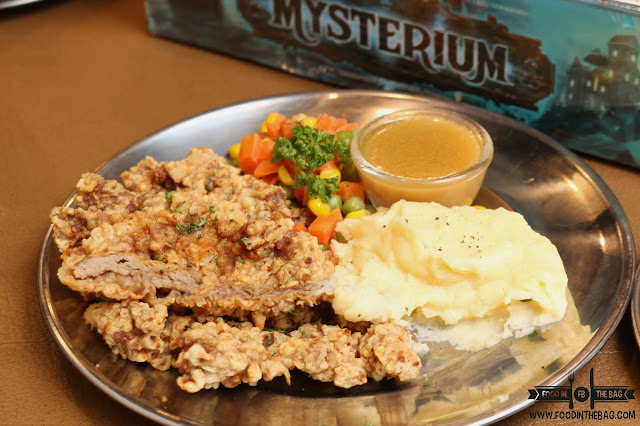 DYCE N DYNE, is a haven for everyone. Not just board game lovers but also foodies. Playing games is a nice way of being offline and connecting with friends and love ones. They let you relax and enjoy experiences and interactions. It's just an added bonus that DYCE N DYNE serve good grub. Will definitely return!!! Friday and Saturday night will never be the same. 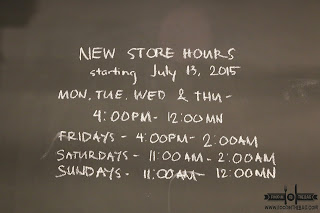 How to get there:
On SHAW going towards C-5 the building is on the right side. Parking is available infront and at the back.

Disclaimer: Was invite to try them out. I enjoyed the board games as much as the food. Wrote this based on my experience.
Tagged