I have been craving for some good old comfort food for quite some time now. Lucky me that I was invited to try out BEEFFALO by HOTROCKS in Marikina.

The last time I've been to Marikina was back in College when I needed to do some group works. And that was ages ago. I didn't know that Marikina has evolved and had interesting restaurants such as this one. BEEFFALO by HOTROCKS. 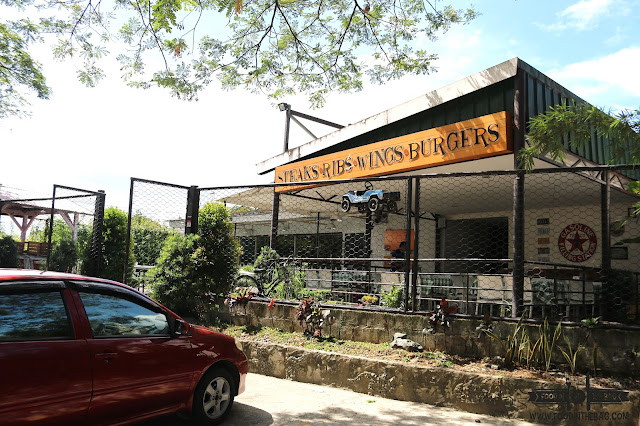 Honestly, I've never thought Marikina could be a destination for food. Little did I know that a lot has changed. For a couple of years now, BEEFFALO by HOTROCKS has been in the food scene. Silently improving their cuisine. 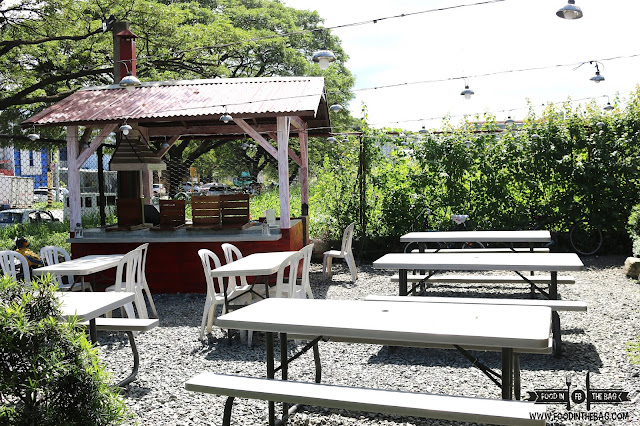 As I entered the compound, it looked like someone's backyard. A park even.
Aside from the open area, they also have some tables and chairs under the shade. 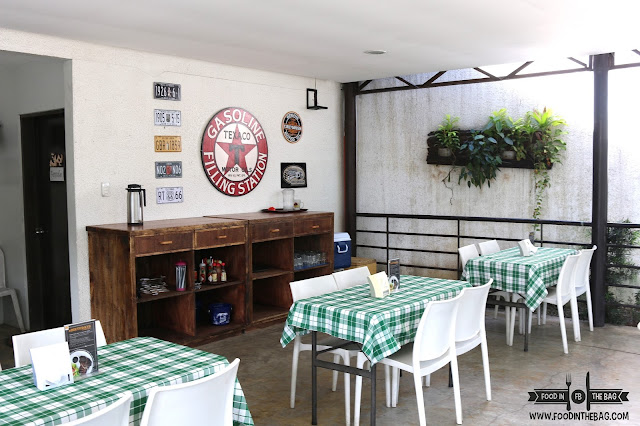 There were also some vintage motorcycles scattered in the area. Welcome to BEEFFALO 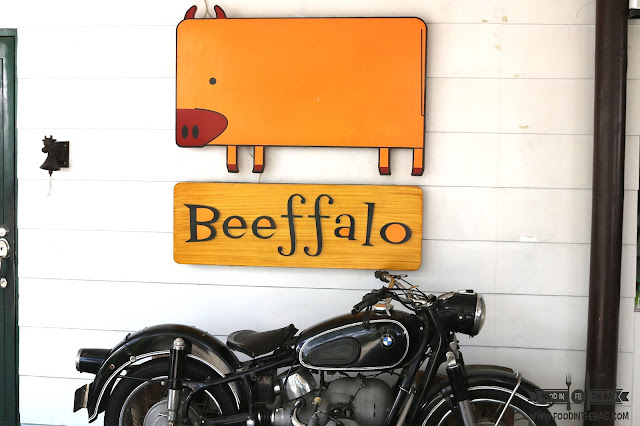 As I entered the Air Conditioned area, it seems like an old school farm house but very well lit.
One look at the menu and I couldn't help it but order a lot.

You could start of with some Seafood and Corn Chowder (95Php). Just simple hot grub to prepare you for the meal ahead. 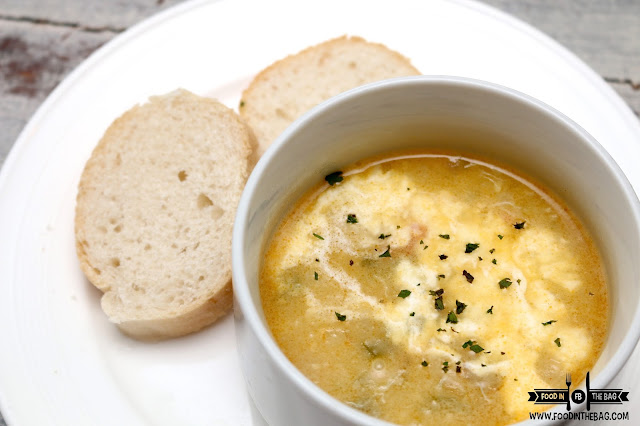 One thing that BEEFFALO is known for is that they have awesome wings and bbq. 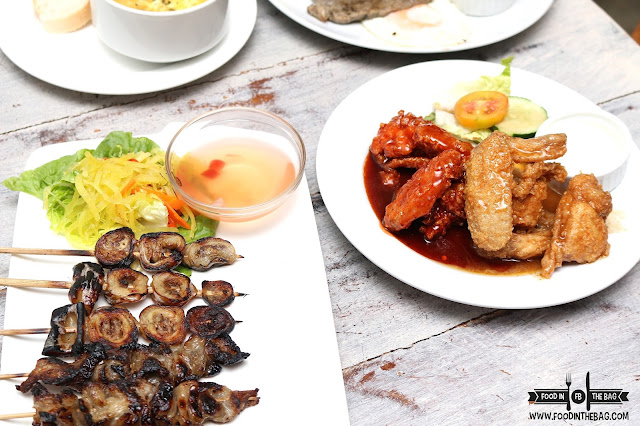 For someone going on a diet, you could just get one of their simple meals like the PORK BARBECUE (145Php). The Java rice served is actually good for 2 persons or just one hungry me. It was flavorful and wasn't like those other places that just added some food coloring on it. The meat itself was tender and the side of bbq sauce gave me control on how much I would add on it rather than slathering the entire plate with the sauce. Of course, the glorious fat was at the end of every stick. 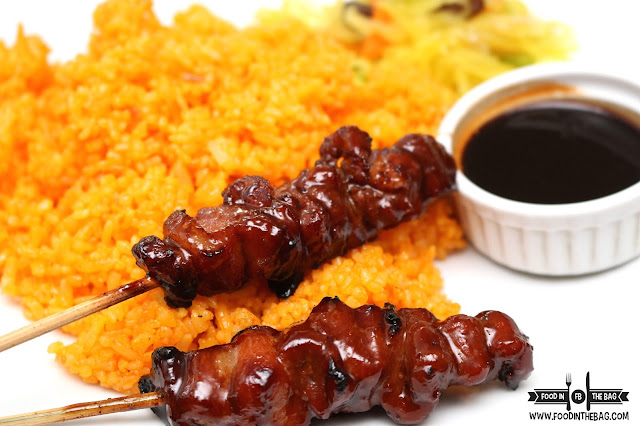 For adventurous guys, the BARBECUE PLATTER (195Php) is the way to go. It has sticks of PORK ISAW (intestines), TENGA (pork ears), and BULAKLAK (Pork Mesentery). 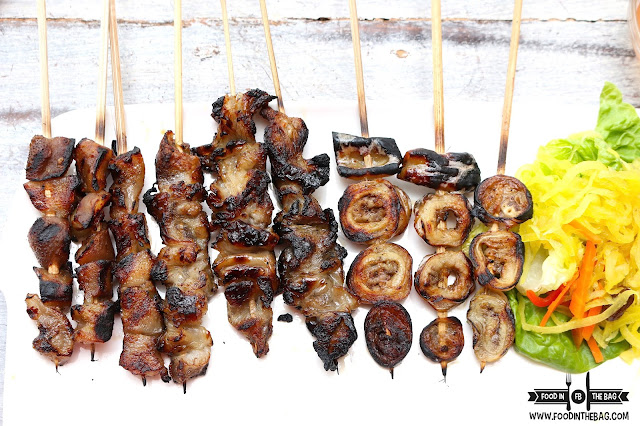 I haven't had these sticks in a long time. The Pork Isaw was glorious in every bite. Deadly but perfect. The Tenga was a little too fat for me. The Bulaklak though was something just in the middle. The side of vinegar made it the perfect snack. Remember, ask the staff to have these charred to give off that burnt taste. Yummy!

Another favorite at the BEEFFALO is their BEEFFALO WINGS (195Php) 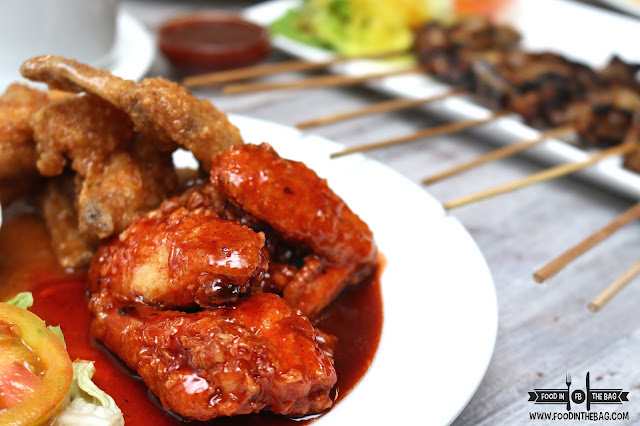 Served with blue cheese dip, you could ask for the HOT version or the Sweet one. If you're like me who couldn't decide, I went for a mix of both. 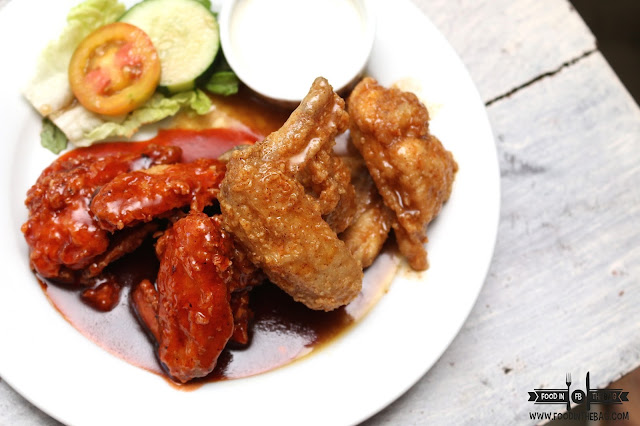 Believe it or not, the red colored chicken is actually the sweet version while the tame looking one is the hot and spicy one. This really gave a number on me as I was really sweating when I ate these. Another tip I'll give you is to sit near the a/c. Just so that you're covered and won't sweat like me. LOL!

Another thing they are famous for are their steaks. Not really because they are wagyu or some premium cut but because they are so darn affordable. I tried their most ordered piece. The BREAKFAST STEAK(190Php). 125grams of meat and served with egg and mashed potato. 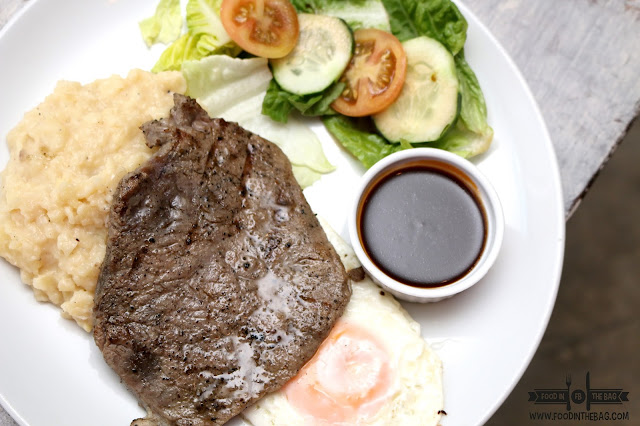 The steak itself is cooked with salt and pepper. One bite in and I realized that it tasted similar to MEAT PLUS in Subic. It wasn't as tough as I would have imagine nor was it tender as I would like it to be. For the price, it was a steal. The Mashed Potato though was the bomb! It was made from scratch with bits of potatoes. I finished mine through and through.

If you have more room for dessert, you could go for the COFFEE JELLY Creme Brulee (65Php). It reminded me of the Starbucks drink. The custard on top was moist and creamy. I liked it very much as it wasn't as sweet as I would imagine. 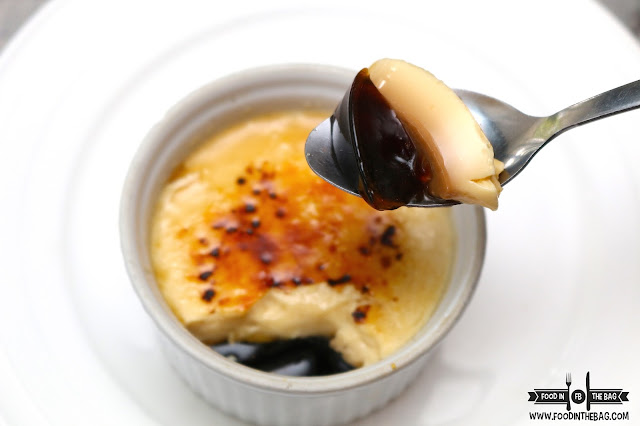 
For the price, BEEFFALO by HOTROCKS in Marikina is definitely a must try. Granted that they might not have the most expensive cuts of steak, they offer what the market in the area longs for. Something laid back and delicious. Cheers.

From Aurora Ave... Go towards Marcos highway.
Up the flyover on the left hand side (going to Marikina).
Just keep going straight
then turn left on Gil Frenando Avenue.
Beeffalo is on your left side.

There is another Branch in Antipolo too. 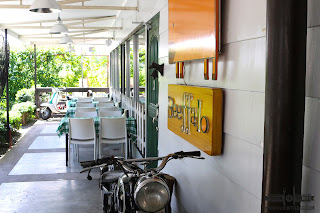 Disclaimer: Was invited to this restaurant. Wrote this based on my experience.
Tagged