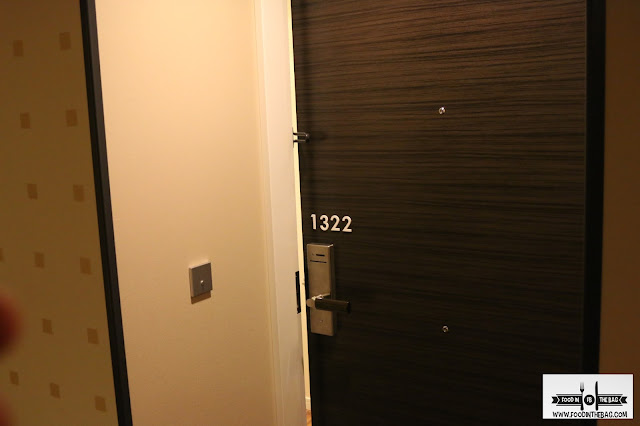 Bear with me as I go through the motions and write about my trip to OSAKA. Yes, I haven't started on it. During my trip to Japan, I stayed for a few days in Tokyo and then travelled to OSAKA for a couple more. I was billeted at the HOTEL UNIVERSAL PORT.

Located just a few hundred meters away from UNIVERSAL STUDIO JAPAN, this was the perfect place for families to stay at if they want to get first dibs and enter UNIVERSAL STUDIOS JAPAN in OSAKA pretty early. 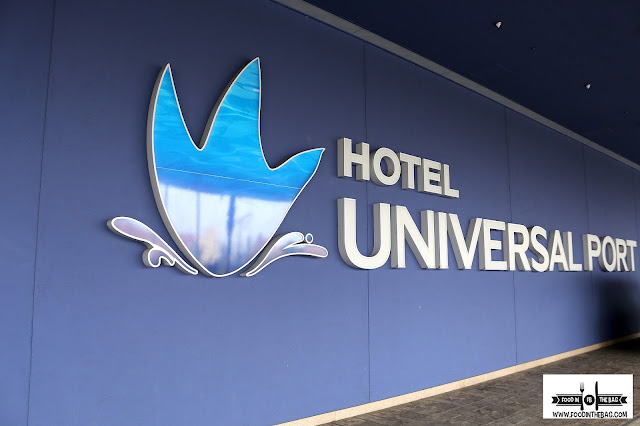 After the SHINKANSEN or Bullet Train Ride from Tokyo, we were brought to the hotel. 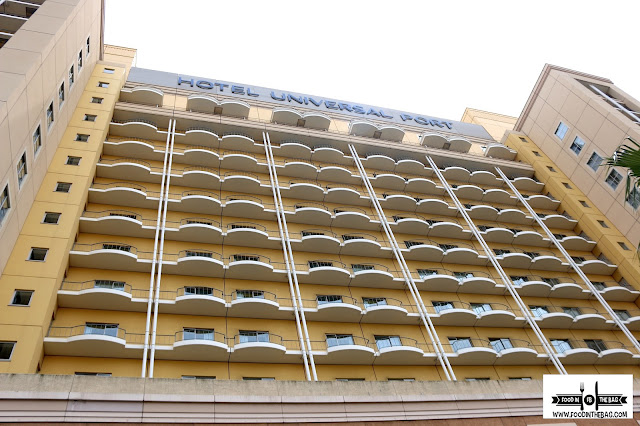 Check in was a breeze as there were no lines. Although, we were a little early and we had to change rooms because the first one smelled of cigarette. 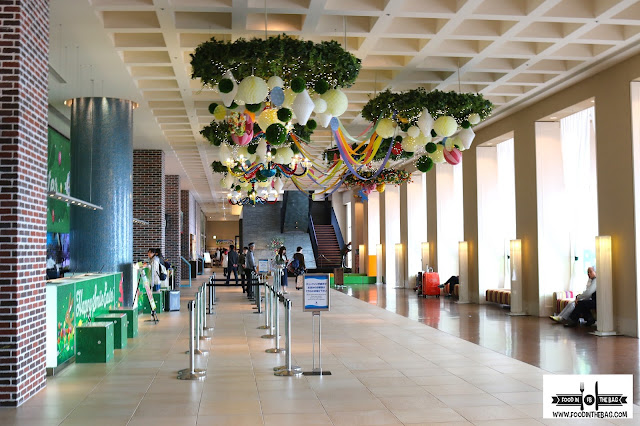 While waiting for our friends, I went around the place. Basically, it has 2 floors open to the public, while the rest are there to accommodate the rooms. 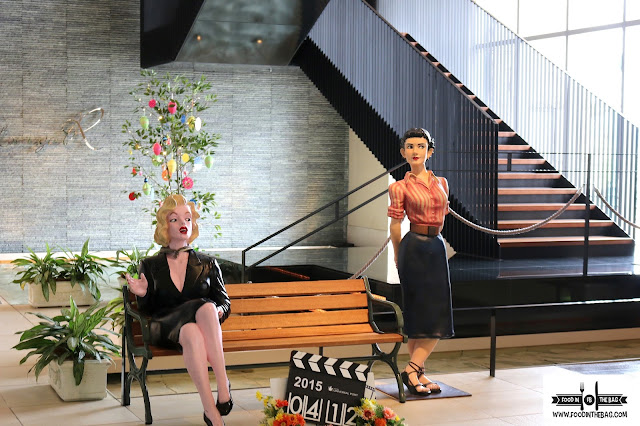 Since it is a partner hotel of UNIVERSAL STUDIOS JAPAN, they have their very own ticket counter. Just in case you weren't able to buy those Express Passes or you feel one day isn't enough. Just a tip though: if you are planning to get those 7 rides, better to buy it online or before you leave the country. 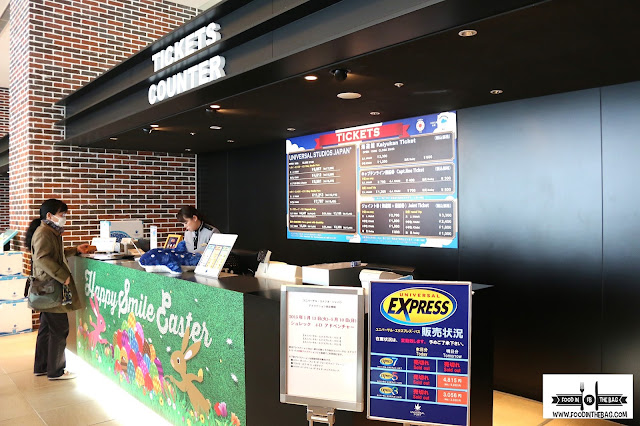 They also show the waiting time for the rides and if there are those that would be closed for the day.
They have a small dining outlet on the other side of the hotel called THE REX CAFE. 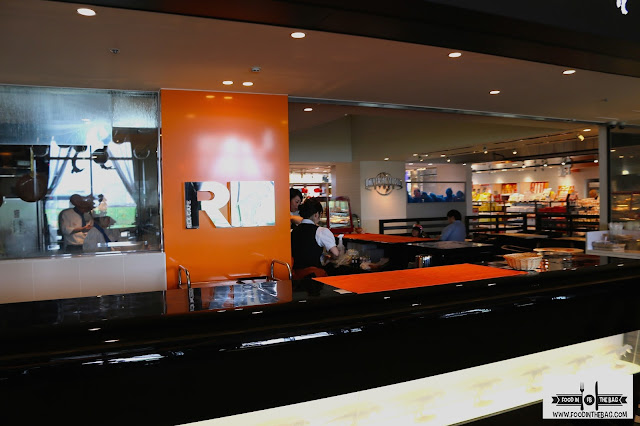 Basically a place for you to have a snack. Didn't go for it because I had other plans. 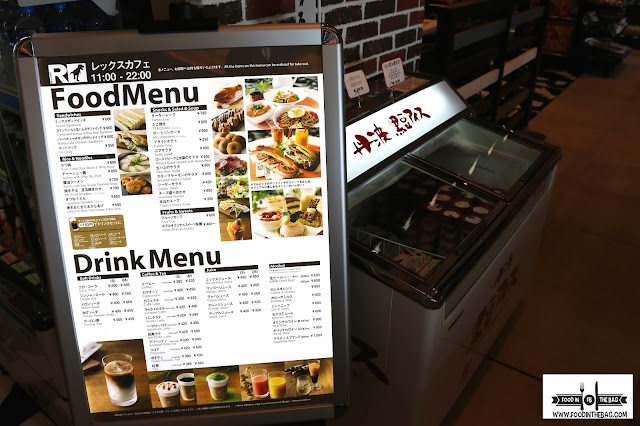 Right beside it is their UNIVERSAL STUDIOS STORE. 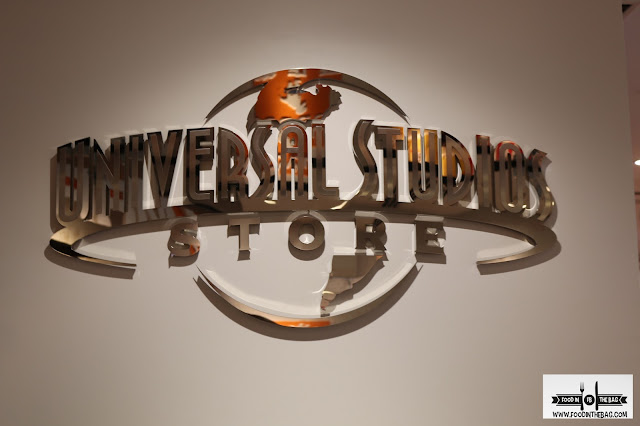 As a partner hotel, they can sell licensed toys from USJ. Just in case you forgot to buy something. Aside from that, they also have things that you may need like anime toys, costumes, pen and even toiletries. 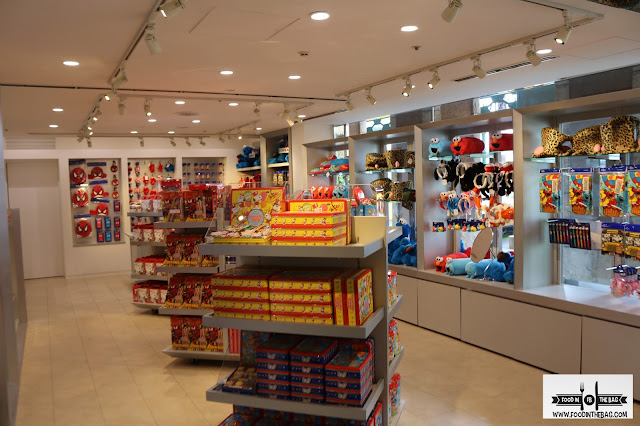 Since the hotel is very child friendly, it has a smoking room for people that love to do just that. Away from the kids... These two, not included. Kidding. Hi guys! 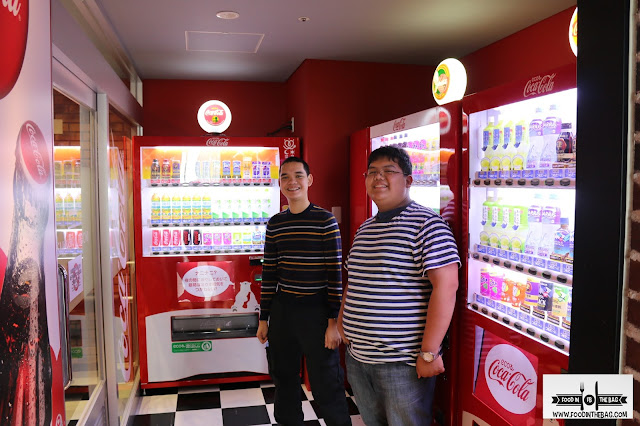 The second floor housed the all day dining restaurant. RICO RICO. It serves buffet for breakfast, lunch and dinner all day long. I'll go over that on a different post. 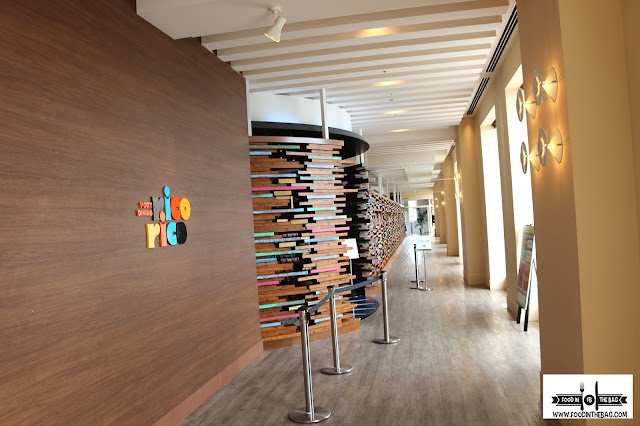 On the other side, there is a salon and a laundry room. I like how Japanese Hotels have laundry rooms where you could do your own stuff. No need to pay for that expensive hotel laundry service. 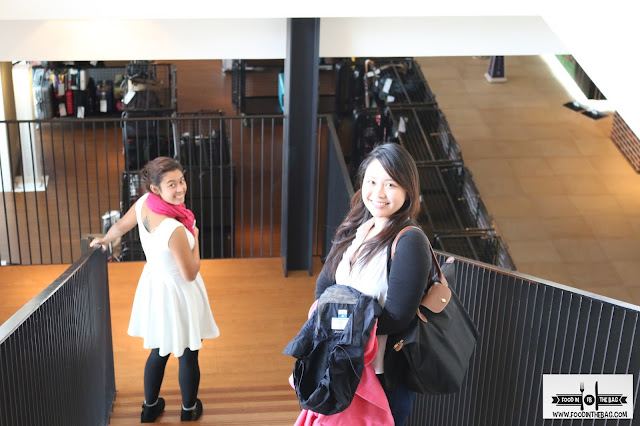 Look at these two smile. Jerms of the Ransom Collective and Clarice of Admu's ASEC.

To give you a better guide. 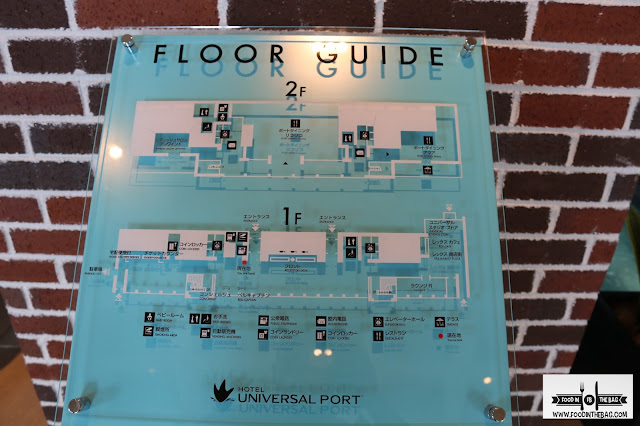 HOTEL UNIVERSAL PORT also have an awesome place out back. 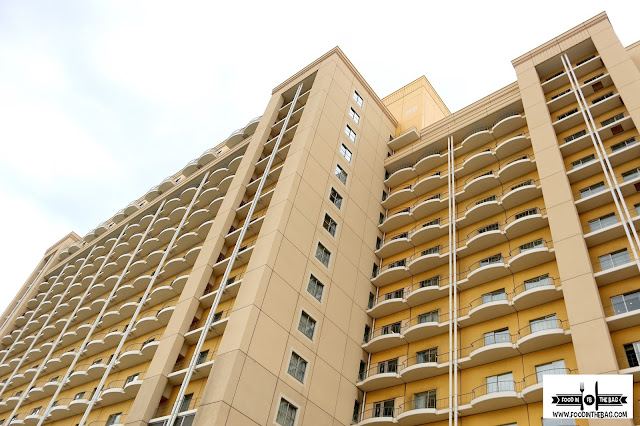 I think I now know why they are called that. It's because they are connected to a ferry port. It's a little boardwalk like place where you could just hang and enjoy the clean air. No stores here though. Just a place to relax and think things through. 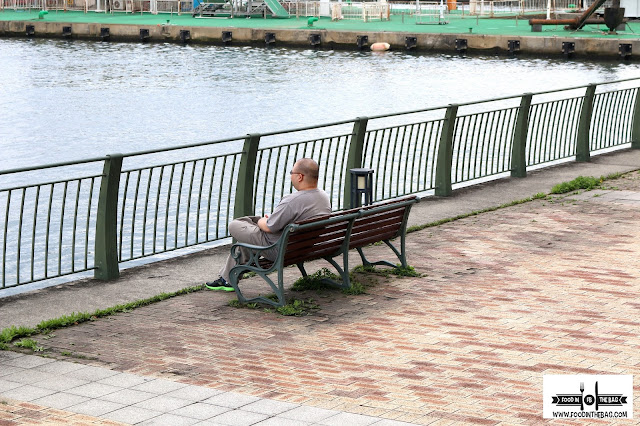 at night, it looks deserted but picture perfect. 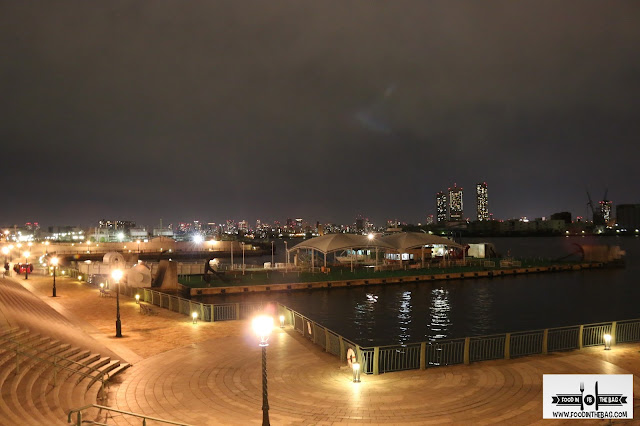 Amazing place to take a stroll with someone. 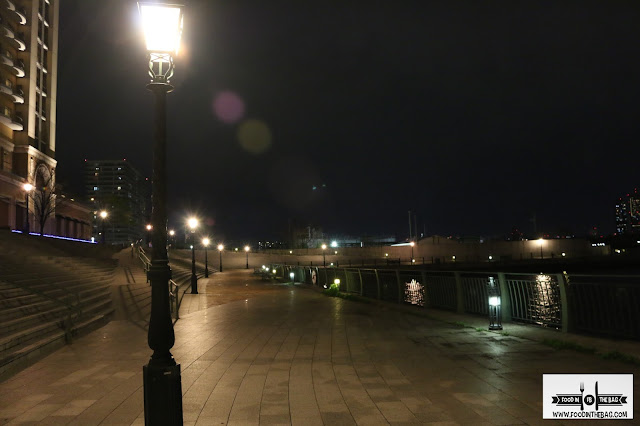 Moving on, we had a room that was pretty big compared to the ones we had in TOKYO. (Click here) 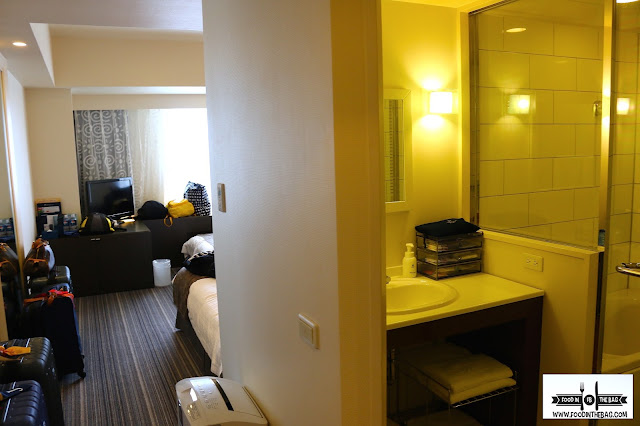 Since we we had to change rooms, they fixed it up and moved all our things. 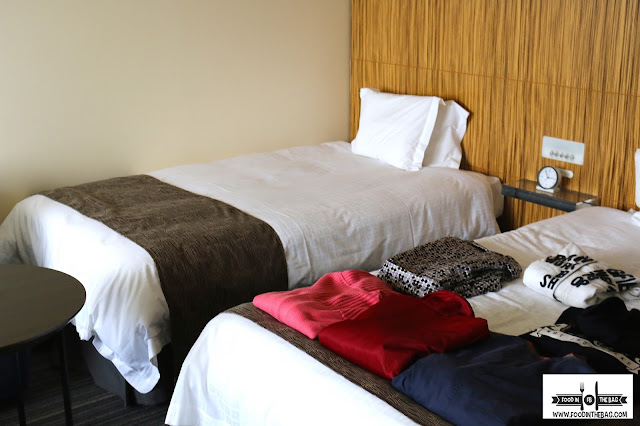 It's either, you have a harbor view 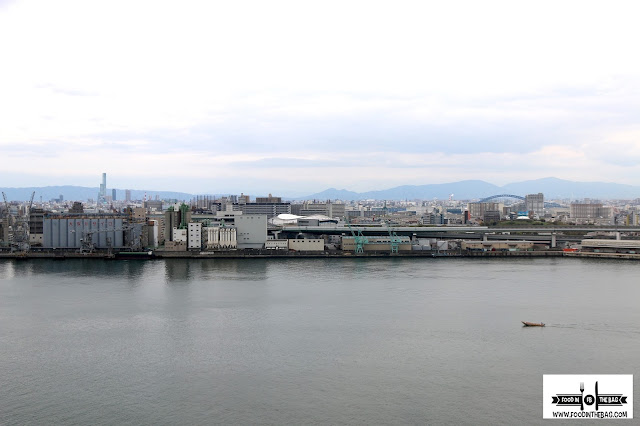 or the park view. See the castle on the middle right part? That's Hogwarts. I can't wait to write about UNIVERSAL STUDIOS JAPAN. 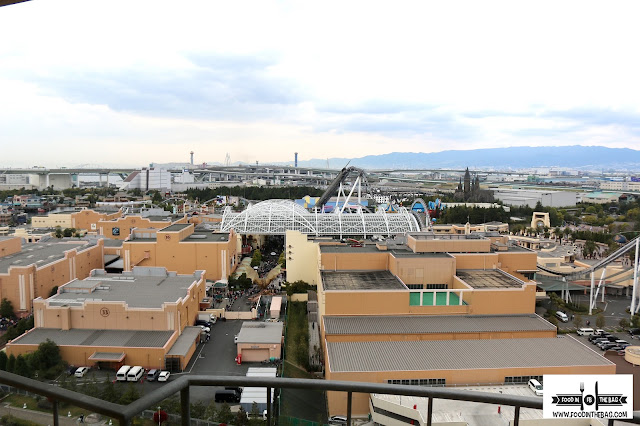 They didn't have a complete bar but had coffee and tea making facilities along with a mini fridge. 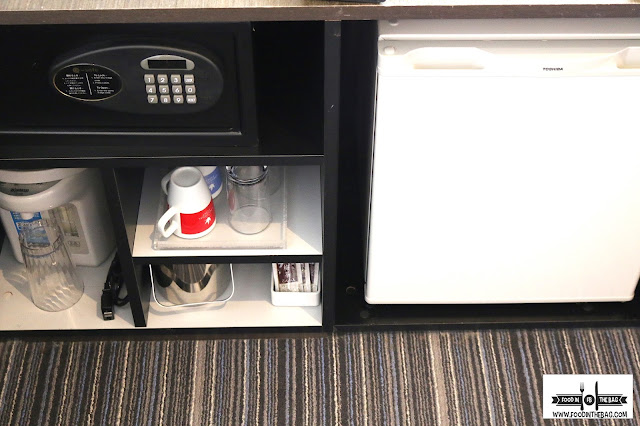 The toilet was separate from the shower and bath tub. I like it how they really think about the young ones and even had a step stool for them. 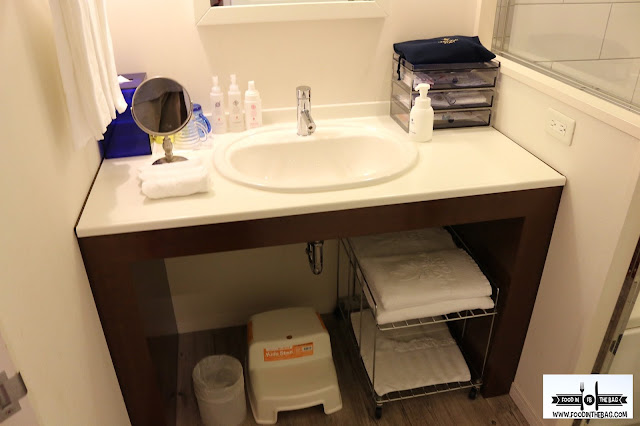 With regards to the toilet, I believe the Japanese really knows how to make them. It automatically opens, heated seats and of course has its own electronic bidet. Very hygienic. 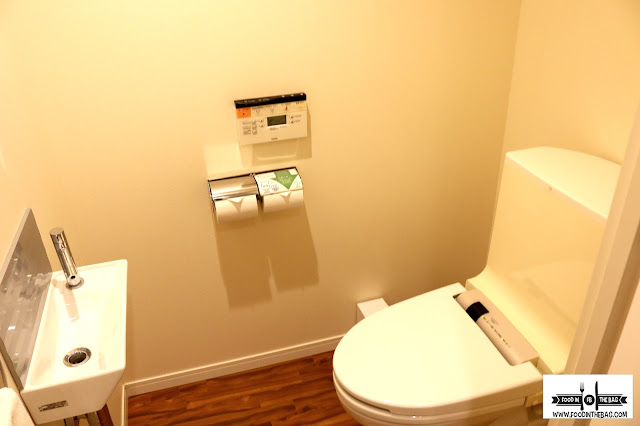 and that's when I would call it a night. 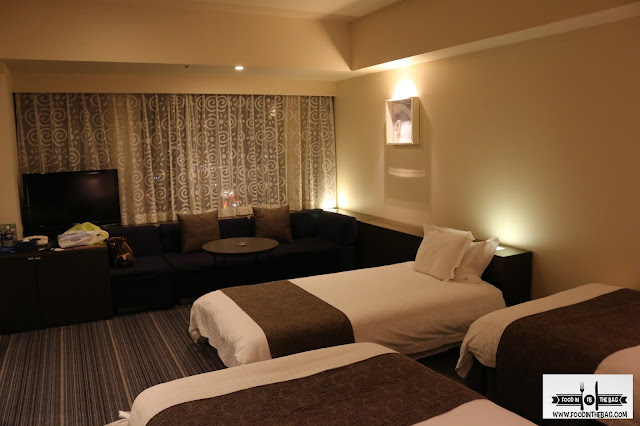 Definitely a place to stay at, HOTEL UNIVERSAL PORT in OSAKA offers relaxation and is the perfect place for a family to stay in. Although there aren't any pools, the fact that it is less than a 5 minute walk from UNIVERSAL STUDIOS JAPAN, makes it a definite must try. Restaurants and stores are also nearby so no worries there. The train station is also a 5 minute walk so everything is pretty much near. 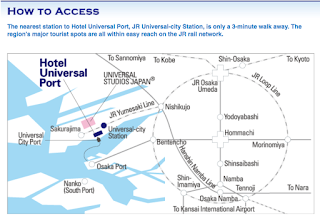 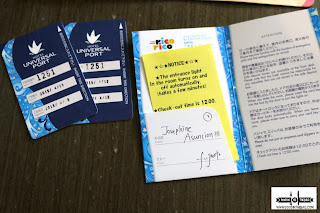 Disclaimer: Wrote this based on my experience. Paid for our stay.
How to access map could be found from their website.