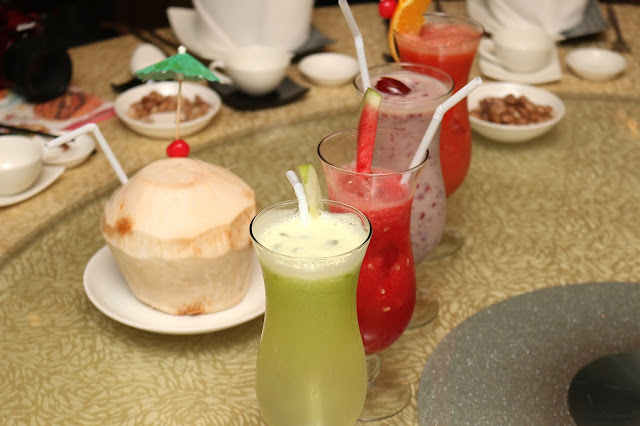 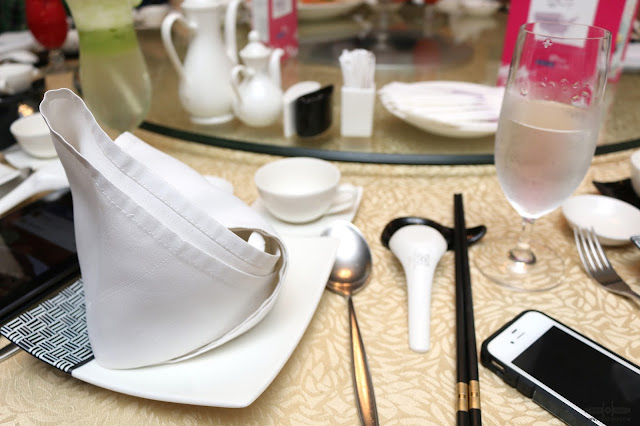 Since it was for the Chinese New Year, one very familiar traditional dish was served. The PROSPERITY TOSS SALAD. (YU SHENG) 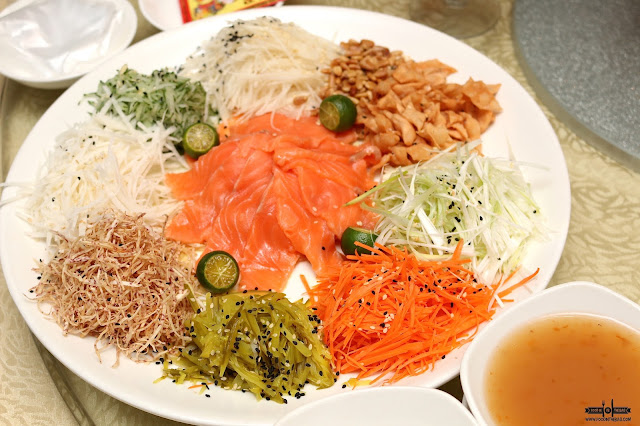 It is prepared by the staff and he explains the different symbolism of each ingredient. 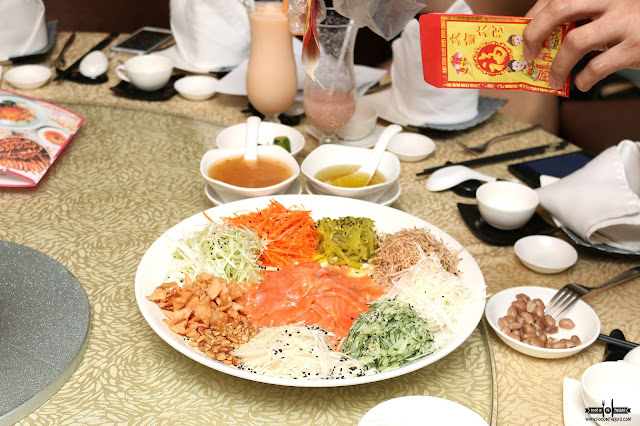 Then everybody gets a chopstick and tosses the ingredients up high while shouting LOH HEY for prosperity and good luck. 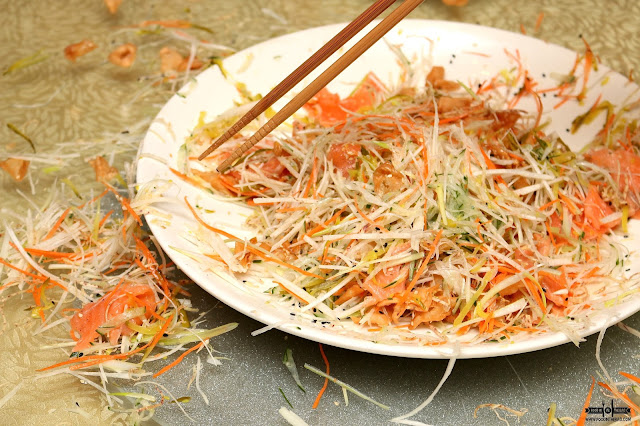 The Double Boiled Crab Claw with Superior Mushroom and Fresh Coconut was something unexpected. 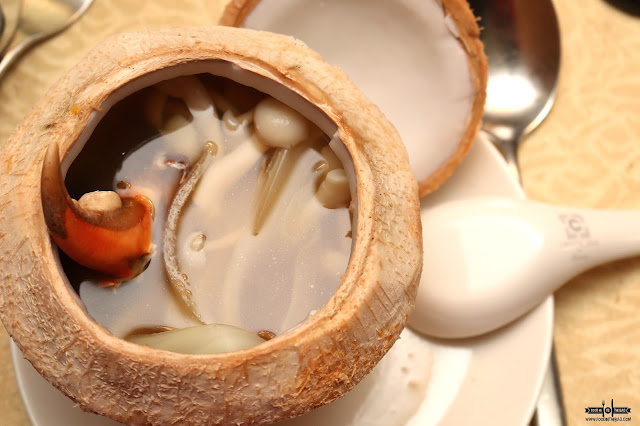 I'm not really a fan of coconut but this soup made great use of the flavor and also the mushrooms. The flavors blended pretty well. 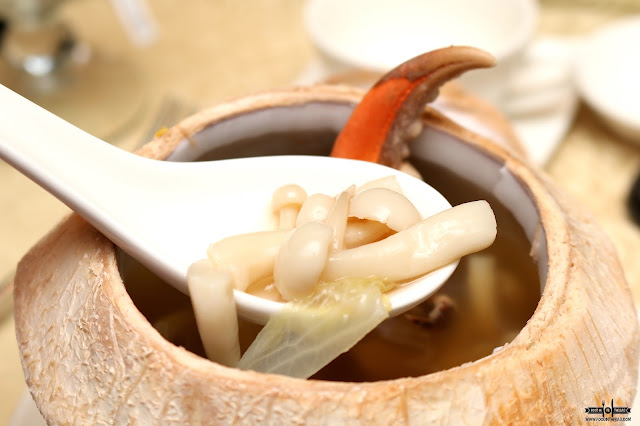 A huge surprise was the TREASURE POT. This Pen Cai is impressive. Meat upon meat of different origins were placed and cooked in a huge pot. This was a huge meal in itself. It is good for 6 hungry people or around 10 if you ask me. 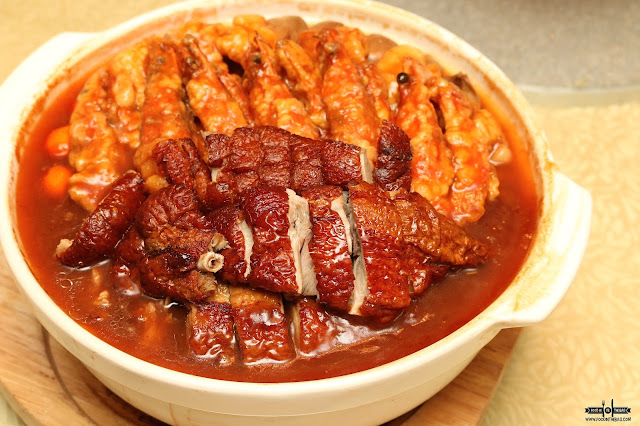 What would a Chinese Restaurant be without the SUCKLING PIG? Crunchy skin and amazing meat. Partnered with jellyfish, this dish would make anyone happy. 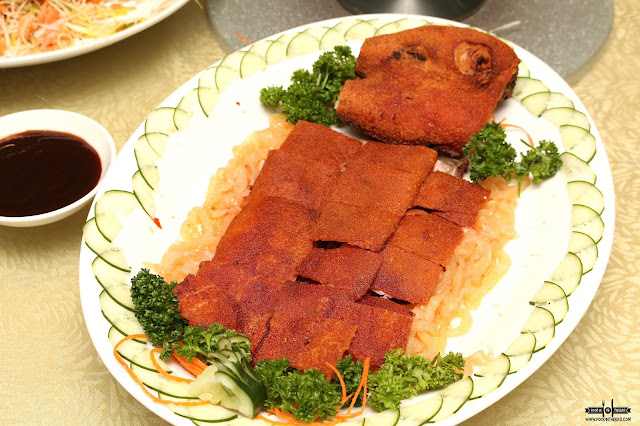 I wasn't expecting much but with one bite, the CABBAGE WRAPPED with Sauteed Bamboo Shoot and Black Moss made me like it even if it was veggies. Black Moss isn't really flavorful but it absorbs whatever it is cooked with. 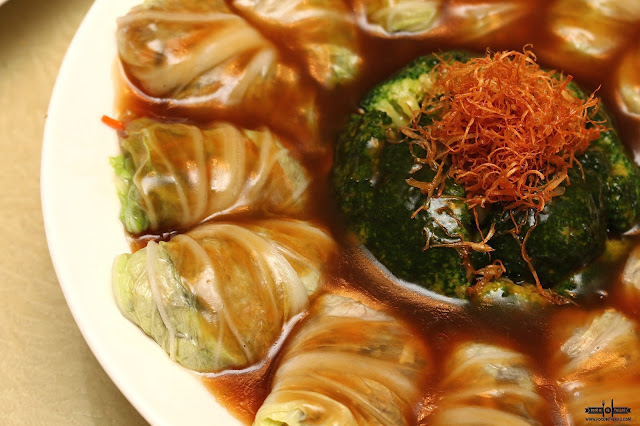 It actually tastes savory because of the sauce so I didn't mind it being a dish that is very vegetably. 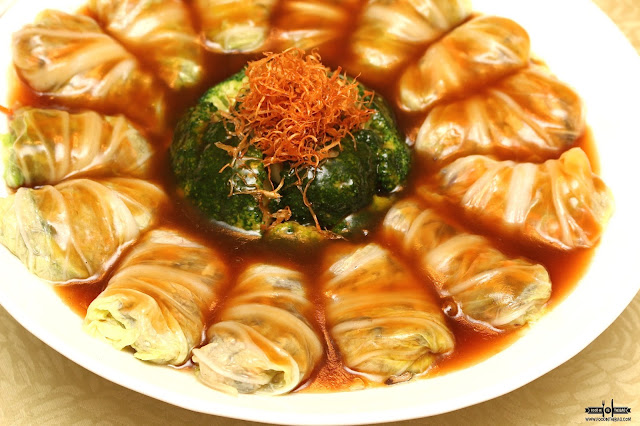 As with any chinese meal, rice is served almost at the end. Just so that you get filled. Although it doesn't look much, this is the GOLDEN FRIED GLUTINOUS RICE with Crab meat and Salted Egg Yolk. This rice is a bit salty because of the egg but it worked perfectly with the different dishes. 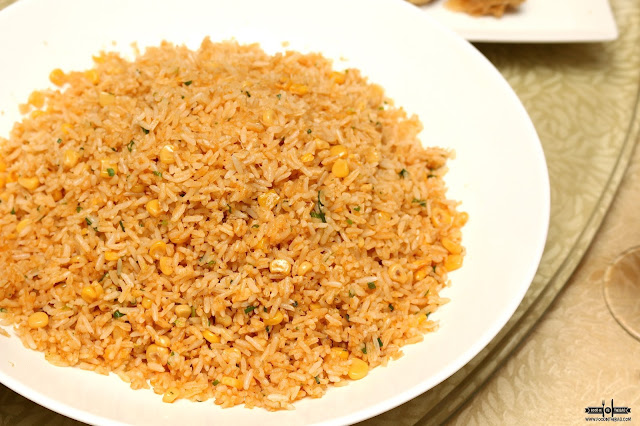 To end the meal, FLOURISHING FORTUNE GLUTINOUS RICE CAKE were given to us. This is basically tikoy but pretty good. It was gone in a jiff. I actually ate a few because it was really good. 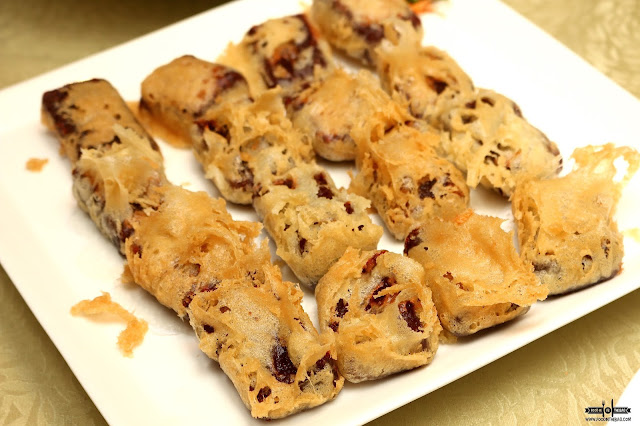 
CHINESE NEW YEAR is just around the corner. Crystal Jade Dining In in Bonifacio Global City is an excellent choice of restaurant where you could celebrate with your love ones. Cheers!