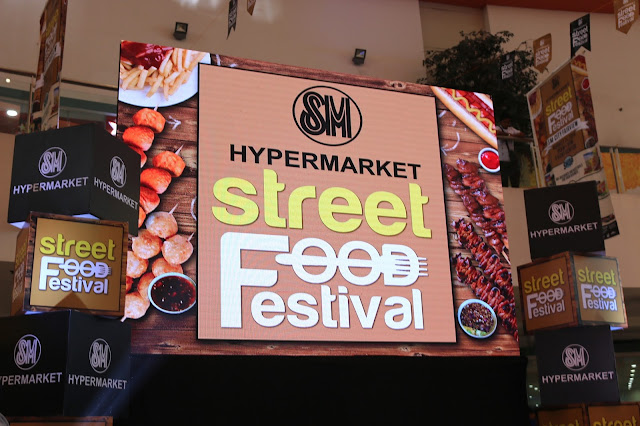 The line "We've Got It All For You" means only one thing. SM.
Believe it or not, SM has done it again. Just last week, SM HYPERMARKET launched it's STREETFOOD FESTIVAL 2016. 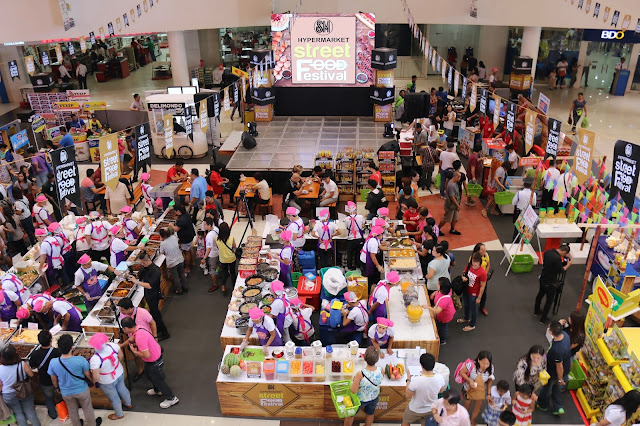 In the middle of the week, SM FAIRVIEW'S activity center was transformed into a supermarket. It was packed with visitors that enjoyed the festive atmosphere. This was the day that SM HYPERMARKET'S STREETFOOD FESTIVAL 2016 was introduced to the public. 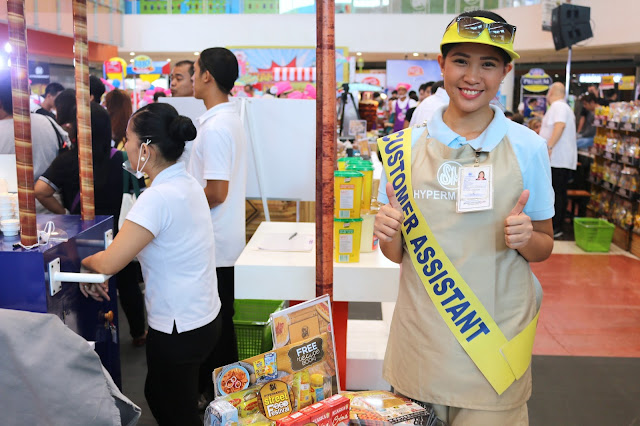 Guests were welcomed with amazing discounts, promos and offers. Different suppliers and sponsors lined up the whole activity center. They had different gimiks and mini-events to keep the crowd going. 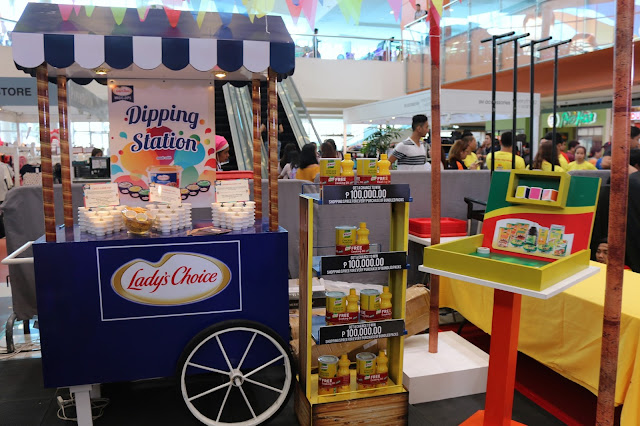 Lady's Choice had some bundles to choose from. Maggi, on the other hand, even went as far as holding games and giving away awesome products. 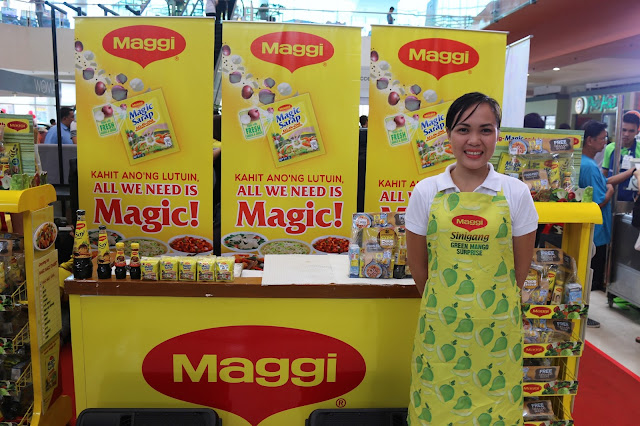 Aside from these, we have other suppliers that definitely caught the fancy of everyone in the building. Some of them are: Unilever, San Miguel, Alaska, Del Monte, P&G, CDO, Frabelle, and Delimondo. 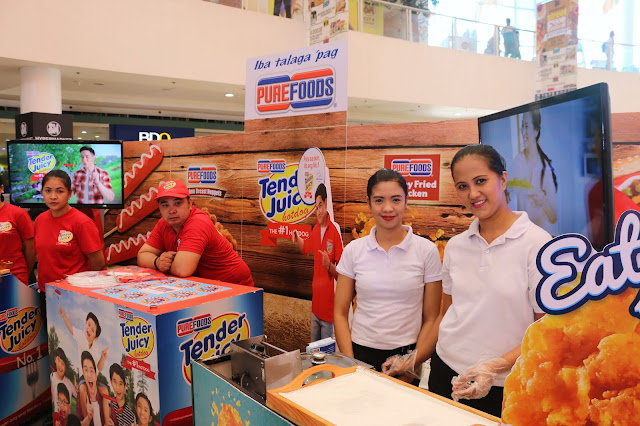 A couple of them like PUREFOODS and FARMFRESH stood out. Aside from offering cooked dishes to try out for free, they also had deals that would help the wallet. 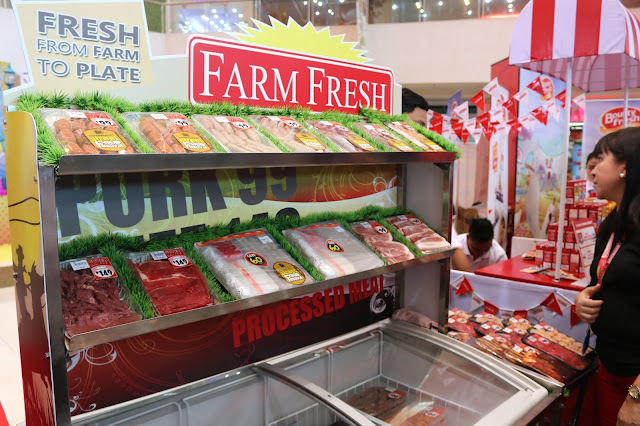 Farm Fresh for instance, had these 99Php packs that would be perfect for a meal any time of the day. All you had to do was cook and you are good to go. 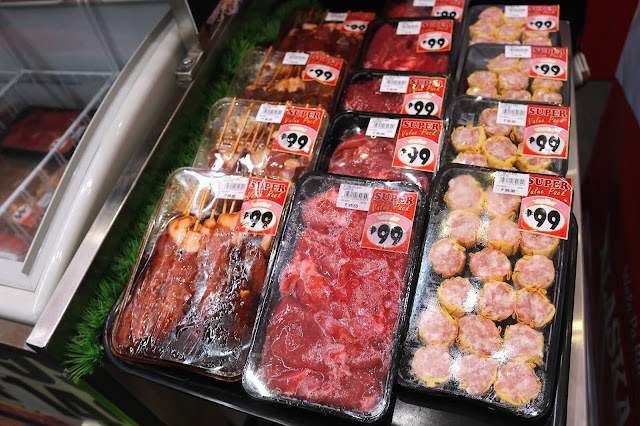 The great thing about buying here would be the chance to win amazing prizes from their RAFFLE DRAW. 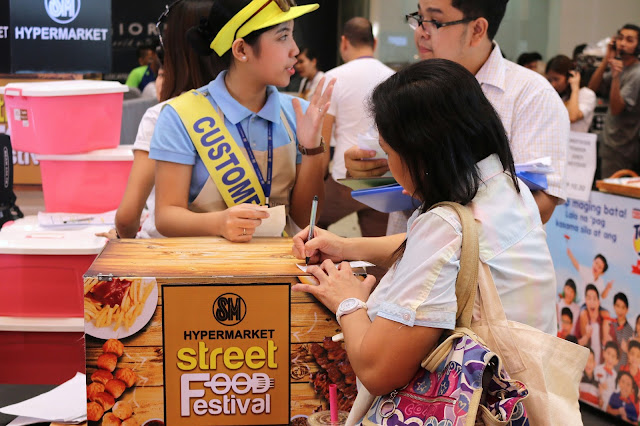 Upon purchasing of bundled packs, patrons are able to get a chance to win a 100,000Php shopping spree. Speaking off, a grand draw will be held on OCTOBER 20 in SM MALL of ASIA. 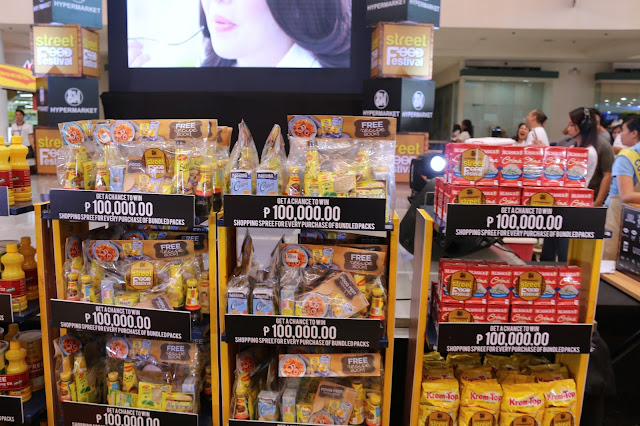 Since hunger might struck, it was perfect for SM HYPERMARKET to bring in food stalls and counters that sells different streetfood for the public to try out. 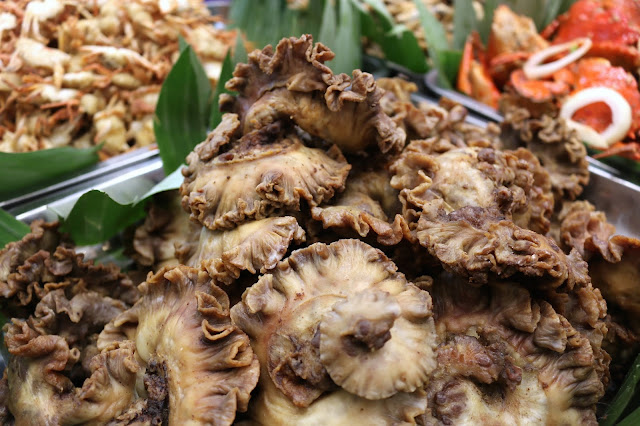 The variety of streetfood was well represented. There were traditional dishes like the ISAW or chicken intestine and even CHICHARON BULAKLAK or crunchy pig mesentery. 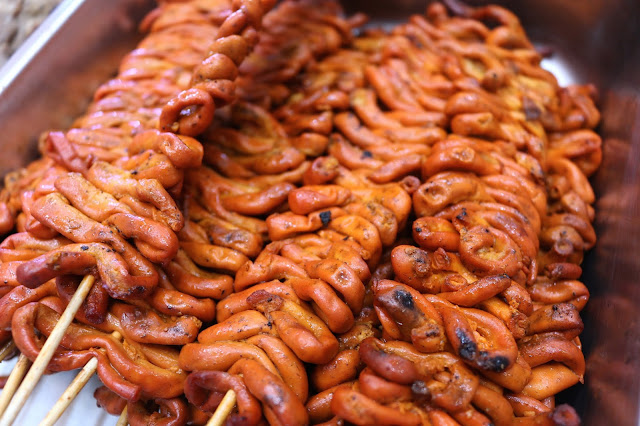 Complete meals were also available with the number of selections that the FOOD FESTIVAL has. 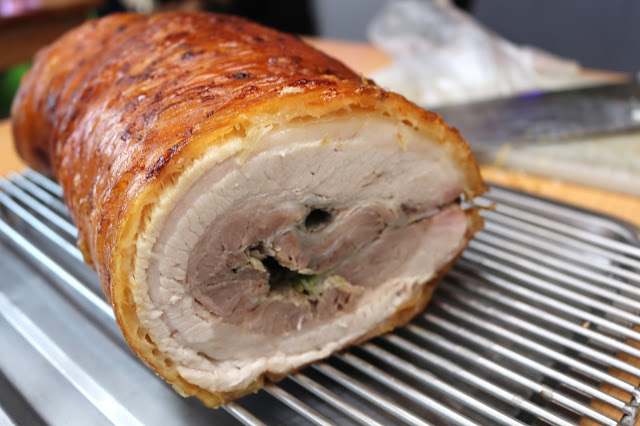 One could go for a slice of CEBU LECHON BELLY and even some cooked CRABS for seafood lovers. 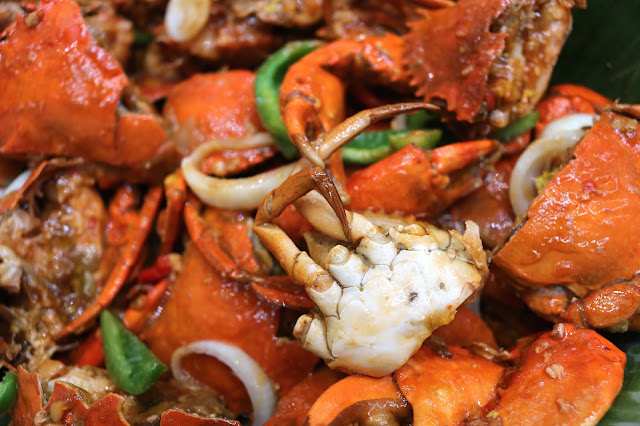 SM HYPERMARKET elevated the game by offering time and tested STREETFOOD dishes. Their SM EATS stall was busy with all the dishes they had to serve. 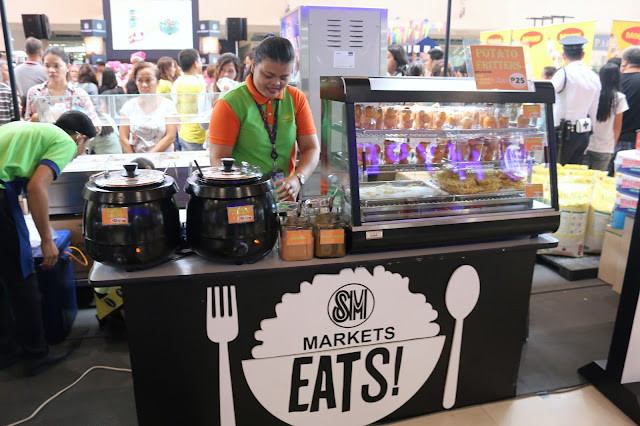 One of them would be the KWEK-KWEK. Tiny quail eggs were deep fried in an orange batter. Very comforting food. 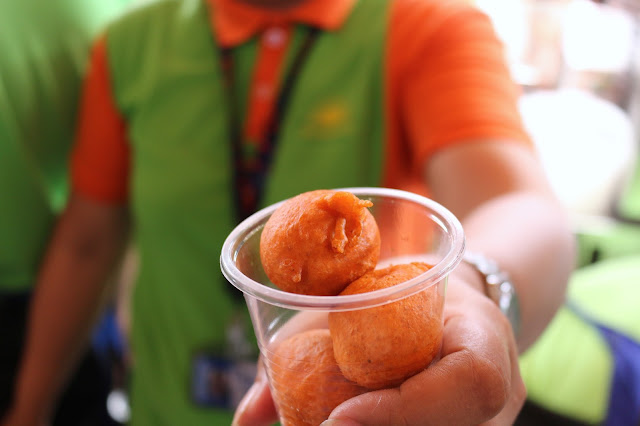 Guests must not miss out on the TURON. At 15Php, this huge and crunchy delight is definitely a bargain. It may be a snack to some, but this is honest to goodness a treat! 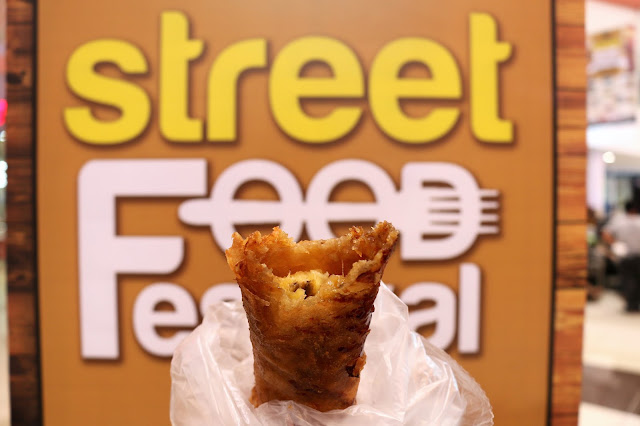 Aside from all the stalls and the food, a program was underway. It had games and even a couple of song and dance presentations. Celebrity guests would also be present to perform in the Grand Finale. 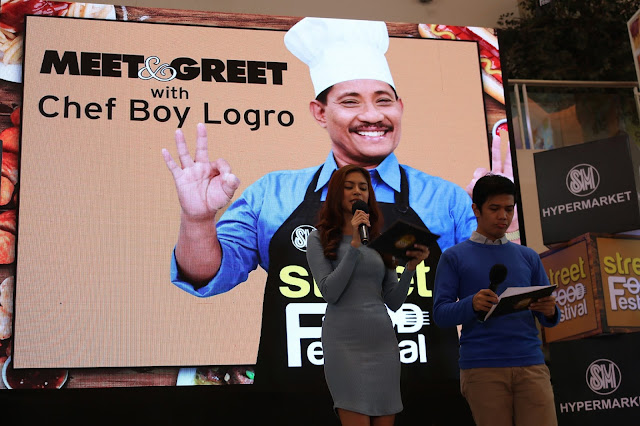 One thing that we could expect from all the road shows would be CHEF BOY LOGRO. He personally came and did a bit of cooking demonstration and meet and greet with his fans. He will also be present at all of the roadshows for SM HYPERMARKET'S STREETFOOD FESTIVAL to conduct cooking demos as well. 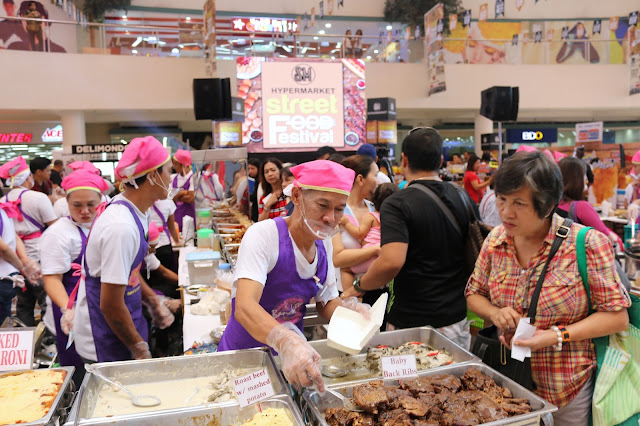 This grand launch was held in SM HYPERMARKET FAIRVIEW last August 31. Fret not as delicious road shows will be at SM VALENZUELA on September 9, SM BICUTAN on SEPTEMBER 23, SM MOLINO on OCTOBER 14 and will be capped-off with the GRAND FINALE on OCTOBER 20 at SM MALL OF ASIA. Special celebrity guests will grace us with their presence on the grand finale. This is when they will also have the grand raffle draw. So see you there.