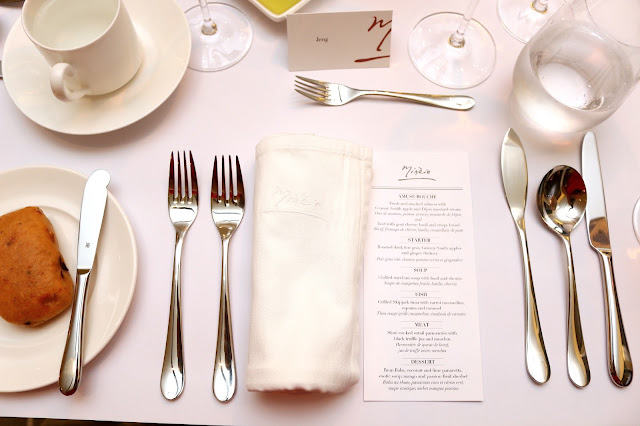 I guess the story is out. There's a new place in town that I don't want to share because it's better off to remain a secret. Named after a famous poem, MIREIO is definitely a romantic place to visit. Interiors are masterfully done and would catch your interest once you enter the establishment.

Divided into two sections, a bar is located on the second level where dedicated bartenders and mixologists work together to bring you one perfect drink. To witness a breathtaking view, visit during the sunset hour. Nothing is more fairy-tale like when you have a drink in one hand and a partner on the other while watching the sun go down. 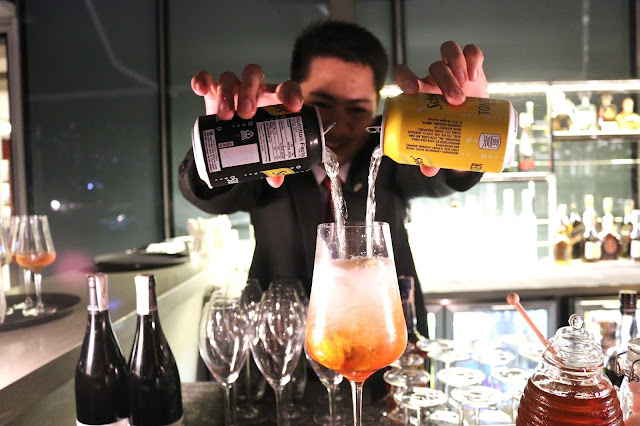 A spritzer won't hurt but if you're up for something else, the 1947 blood compact is a solid drink with a historical background. Engaging the staff would bring out the story of the drink. It's actually named after an agreement between France and the Philippines to establish a diplomatic relationship. 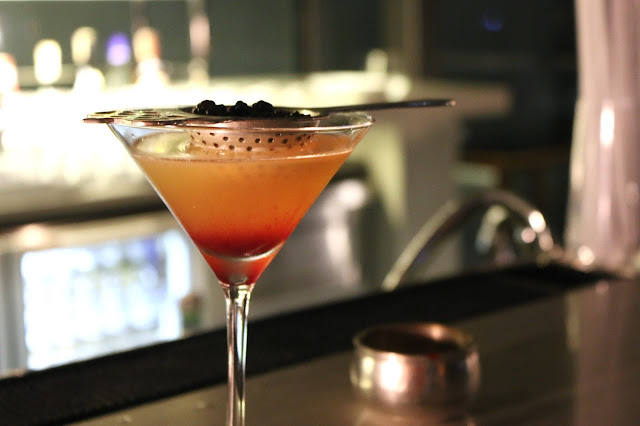 Rarely does one see an absinthe fountain in Manila. Here at MIREIO, they have a few. I guess that's an invitation for one to let loose and enjoy the night away. Another reason why, it's more than just the food. The restaurant has the view and the ambiance to impress guests and patrons alike. 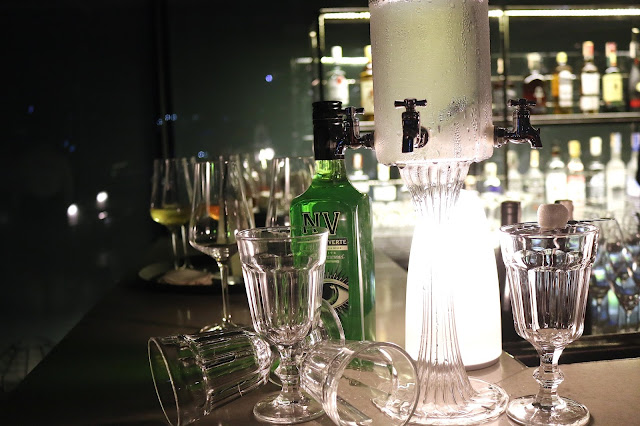 Moving towards the main dining hall, everything is prim and proper. A light touch of art went well with the simple yet elegant facade. 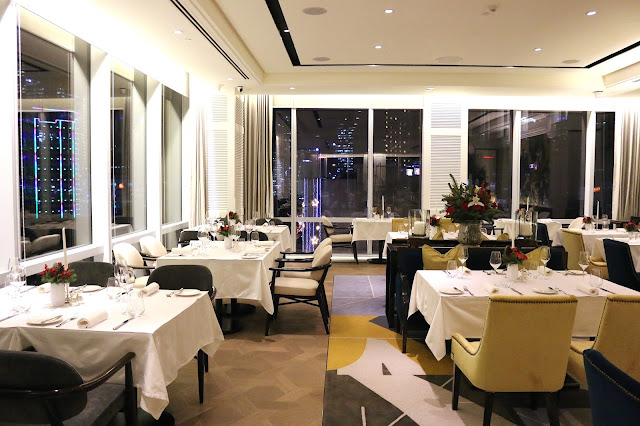 Chef de Cuisine Nicolas Cegretin is at the helm of this restaurant. Having worked for notable establishments and Michelin-starred restaurants in Europe, he and his team can create wonderful French Provencal Cuisine. 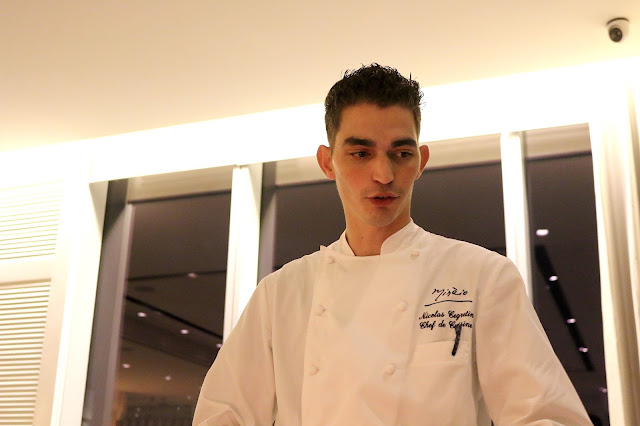 A meal could start off with some Amuse Bouche. The smoked salmon was perfectly paired with Beef and goat cheese. A mix between land and sea to get started. 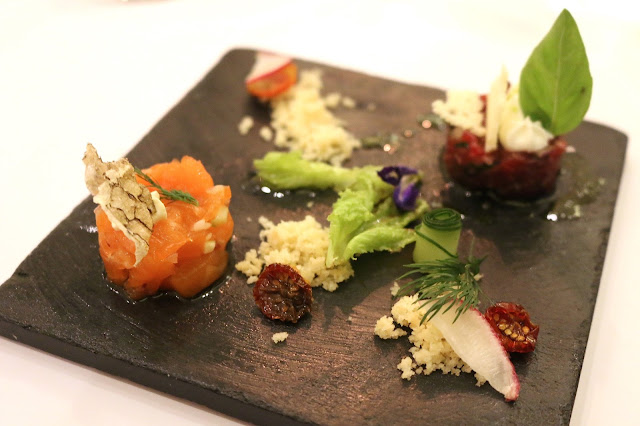 Tastebuds would jump with gusto with the ROASTED DUCK FOIE GRAS. Having a buttery consistency, it's quite refreshing to see foie gras cooked in a different way. Usually other local restaurants would go for searing or as garnish to a dish. Here, the foie gras is smoother and delightful. 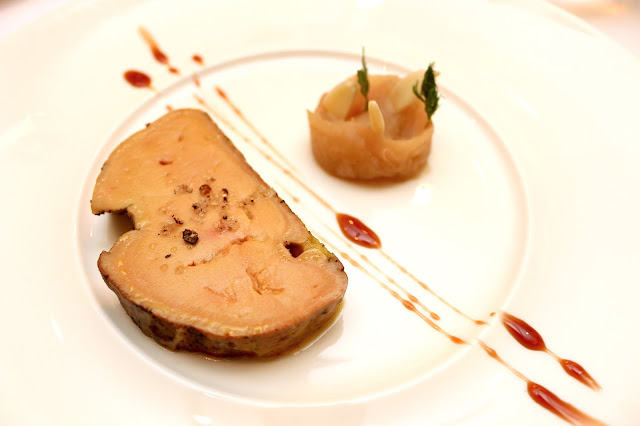 Just to clean everything up, soup is a chilled zucchini with basil and chorizo. The sausage bits gives it a bit of texture while the soup in general is light and a contrast to the heavy foie gras. 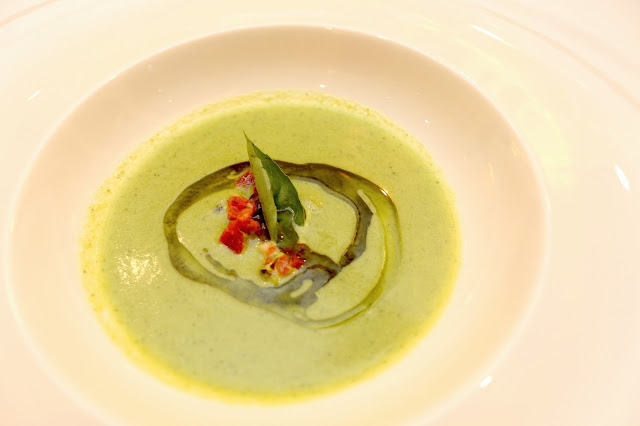 The fish course is a grilled version of the Skipjack Tuna. Different types of carrots were used to accompany the seafood. These alongside the caramel gave it a bit of sweet touch. The tuna in itself is almost like a different type of meat making it something more pleasant. 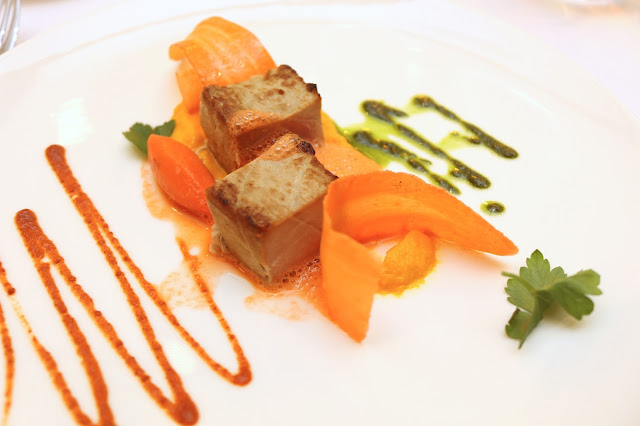 The next course produced the oxtail with black truffle jus and mesclun. A layer of mashed potato is on top of an orgasmic slow cooked oxtail. Once the lid is removed, a smell of rich butter would entice anyone to get more than just a couple of spoonful. 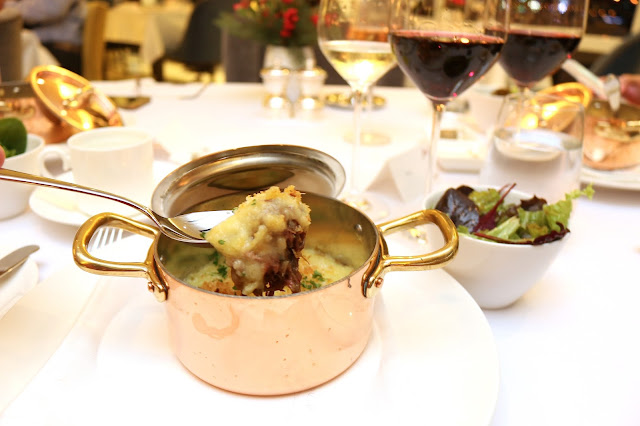 Desserts are prepared in a way that it would compliment the entire meal. The RUM BABA absorbed the flavor of the alcohol and made it into a sweet solid touch. Having a lime panacotta underneath gave it a different dimension. 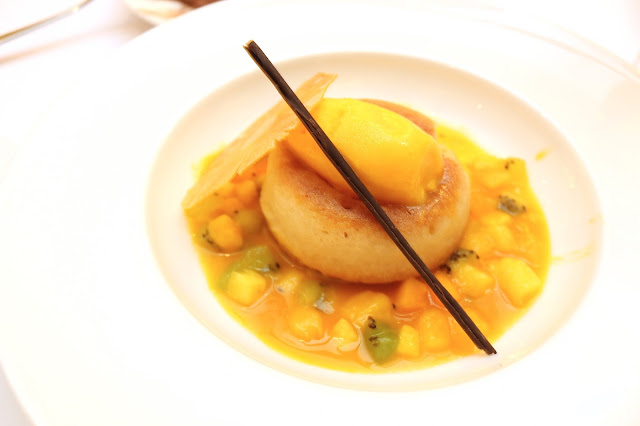 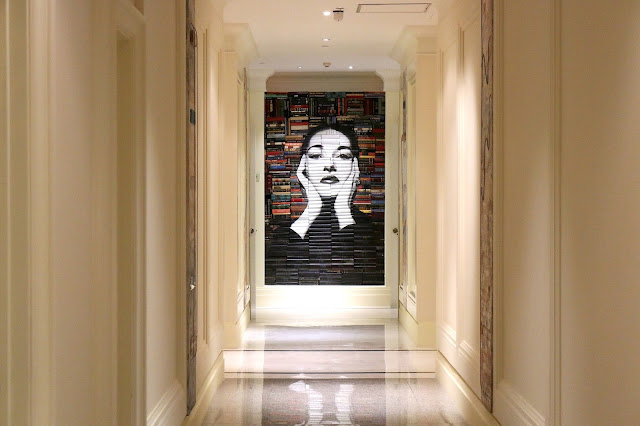 With everything that has been presented, MIREIO is more than the food. It's the experience. From start to finish, guests indulge in the ambiance, service and everything else. 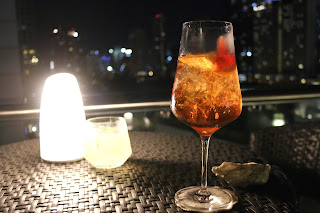