CAMBODIAN X FILIPINO DINNER: A Rare Look into Something Unique 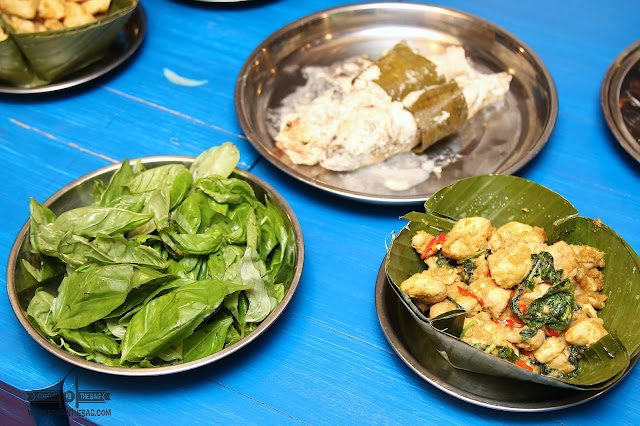 When I asked myself when was the last time I ever tried Cambodian cuisine, the answer would be never. If you go around Manila, you'll have difficulty looking for a restaurant that serves their dishes. I haven't been to Cambodia so I'm definitely no expert at this subject and yet I want to write about it because of what I experienced recently.

In all honesty, I do not know my left and right when it comes to cooking (and food in general). I know how to appreciate good food but I can't say that I'm an expert when when it comes to that. Meeting different people in this industry made me realize though how great, delicate, and worthwhile it is to discover and taste new dishes. It's like celebrating something you're madly deeply in love with. That I believe is how and why CambodianXFilipino Dinner is.

A passion project of a foodie that goes by the name of Cathie, #CambodianXFilipinoDinner is her baby. Inspired to get back to Filipino cuisine and even discover a new one, she has started cooking because of how interesting and rich the history and culture are. Admirably, she doesn't cook private dinners for random people. It's mostly for friends, food service people, and foodies from Manila and abroad. I considered myself pretty lucky to experience this. 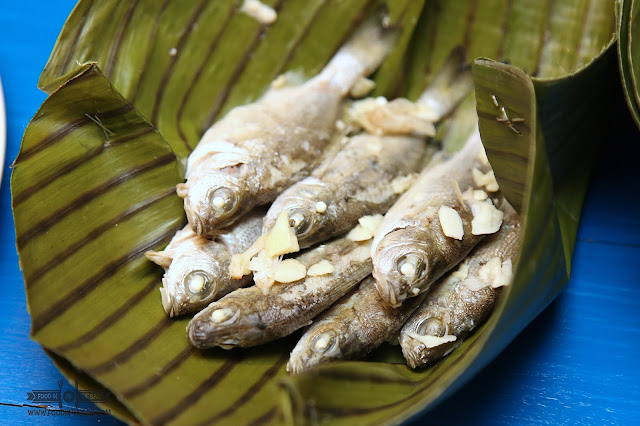 The menu for that night was composed of a number of Filipino and Cambodian dishes. The Filipino dishes were all seafood. From Ginataang Biya to Sinaing na Ayungin and the very extra sinful Adobong Pusit, we got our stomach pretty happy early on. I am not really into fish just because but I did muster a bite out of the ayungin. What came out of it though was a sour play on my tastebuds. The vinegar and garlic worked well with the fish. Furthermore, I did enjoy Cathie's version of the Adobong Pusit. A very decadent take on the clasic, this was cooked with crab fat and coconut oil. Also her favorite to make, she spent the last 5 months developing it as she was quite curious with how squid adobo could be tweaked without abandoning the Filipino flavors. 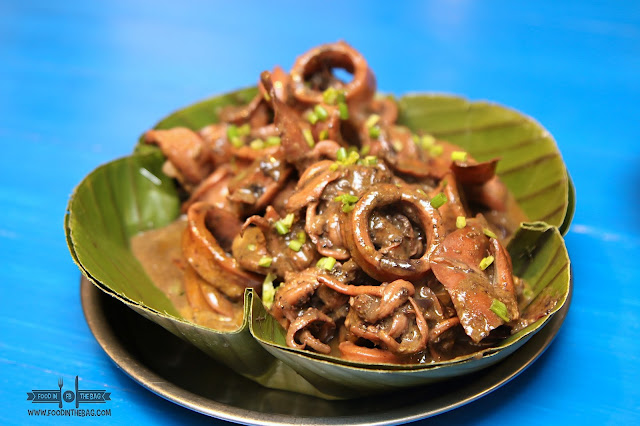 Complimenting the Filipino lineup, there were a number of Cambodian dishes that were surprisingly delightful. She prepared the Cha Kroeung Sach Moan, Beef Lok Lak, and Fish Amok. 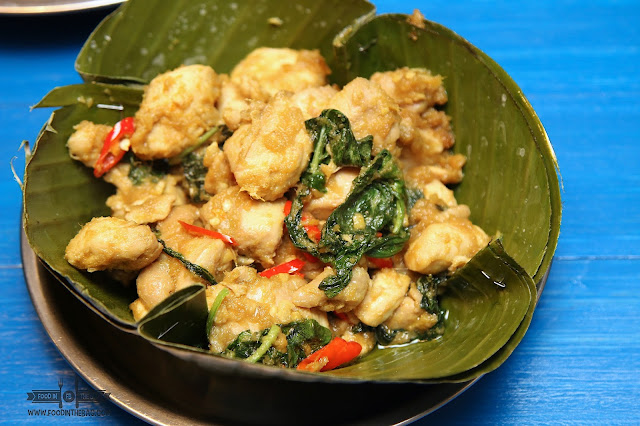 The Cha Kroeung Sach Moan is chicken stir-fried in kroeung. Chillis and basil were added to the fray. It's actually spicy and was somewhat similar to curry in terms of flavor. Having it with fresh basil gave it a refreshing twist. 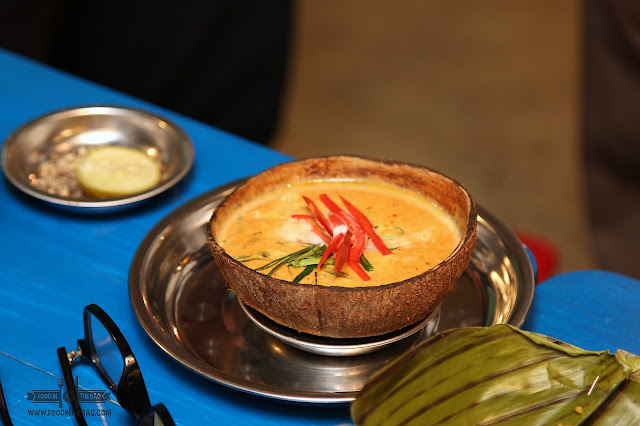 A crowd favorite, the FISH AMOK is a souffle-like curry with kroeung. Cambodian fish sauce, chilies, coconut milk, shrimp paste, and white fish were the main ingredients. I don't really know how to describe it. The coconut milk gave it a rich tone while the texture was pretty smooth.
Another must try for me would be the BEEF LOK LAK. This is CAMBODIAN PEPPER BEEF that has a dipping sauce of Kampot Pepper and Cambodian Lime. At first look, I thought that the meat was served with too much pepper. When I had a forkful, I understood. The pepper used gave it a sharp yet not overly heavy flavor. Having to dip the meat in the kampot pepper and the lime made a whole lot of difference. It was something that is quite simple yet delicious. 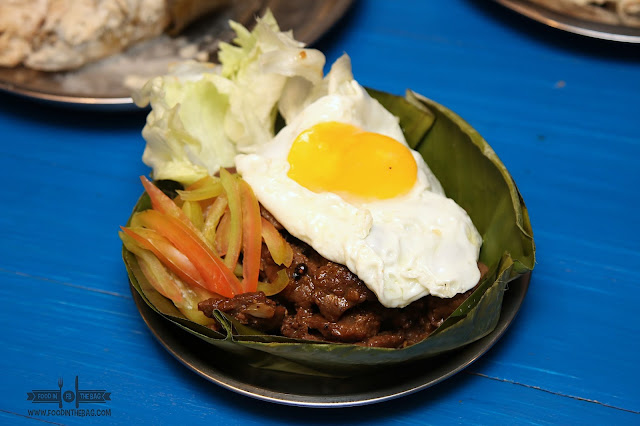 Other than these, friends brought a number of dishes that were also part of the dinner theme. 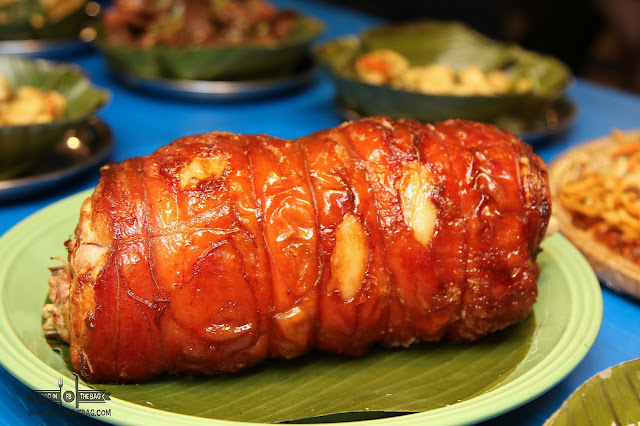 @MyRenFrancis had rolled pork belly to offer. Crackling skin and tender meat, there were hints of different spices as flavoring agents. Other personalities like @pancitlove brought noodles with carabao meat. The guys behind @bun_appetit brought ginataang bilo bilo which was extremely good. While, @GoManila had amazing turon with ube and @Shibbieyap for the sweet dessert. 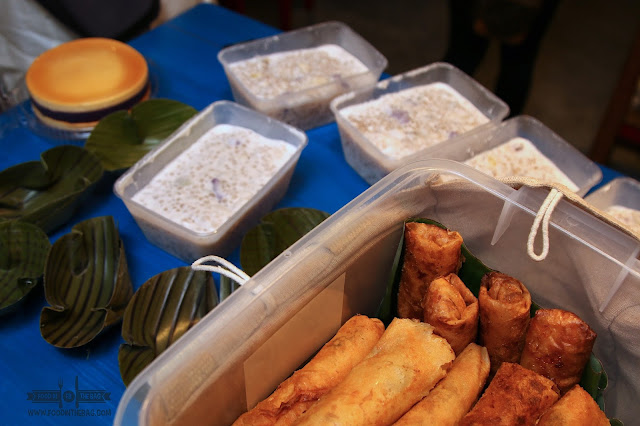 Food In The Bag is now in Facebook. Click Here to follow and like.
If you are into INSTAGRAM Follow me @foodinthebag.
After having dinner and enjoying the company of these foodies, I realized that food is best shared with friends that are also passionate about it. You get to learn about the history and the why's and the what's that it leads you to ask more about it. It pulls you into something that makes you intrigued and curious. It's a fun way of learning. It's something I don't mind doing over and over again. Thank you very much Cathie and everyone that made that dinner a memorable one.