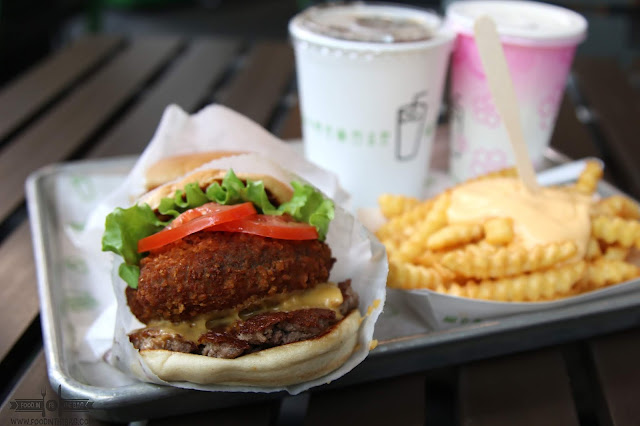 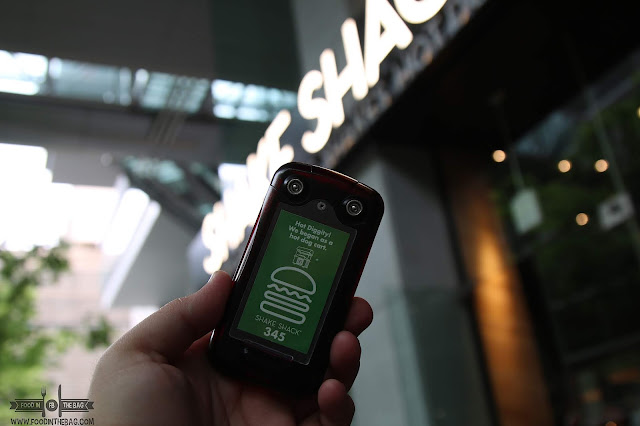 The concept is pretty simple. Order a burger with a side dish and don't forget about the drinks. Arriving at lunch time, there was a line but the waiting time wasn't that long. 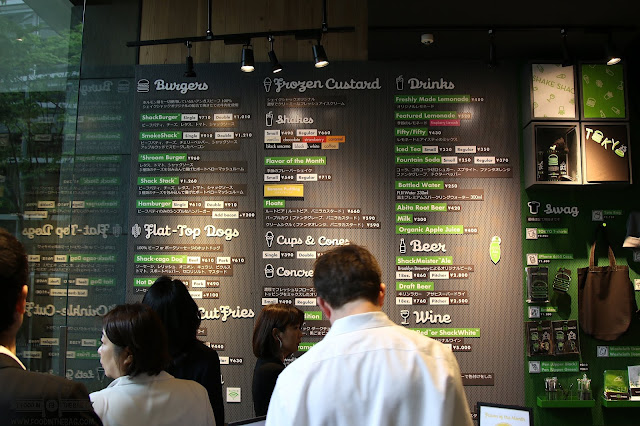 There was a lot of choices when it comes to the drinks but the food itself, they made it pretty simple. A burger, a hotdog or fries. 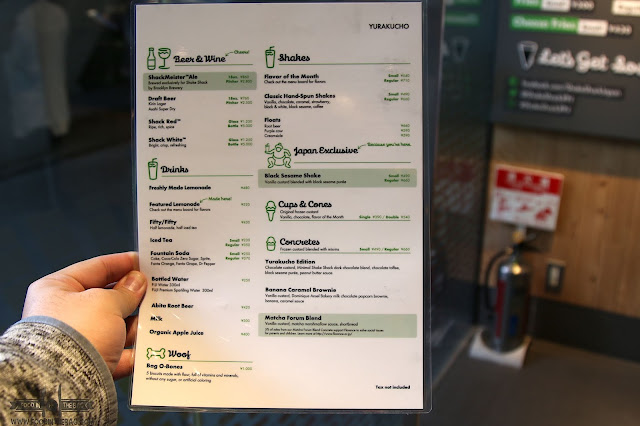 I heard a lot of good things with regards to their milkshake so I didn't pass on that. The burgers seemed a bit expensive but heck if I'm just going to try it once, might as well. Of course, you can't have burgers without fries. It would be lonesome without it. 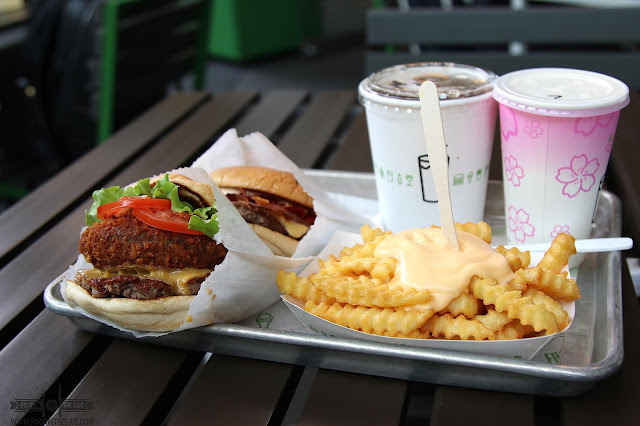 To start things off, I went for their bacon and cheese burger. the SHACKBURGER. It seemed pretty decent. After a bite, I didn't feel that wow factor. Don't get me wrong, it was delicious and moist. BUT, I don't think it would be worth a pretty penny for something like this. Granted that if you think about the cost, it will definitely cost as much but once or twice a year would be enough I guess. 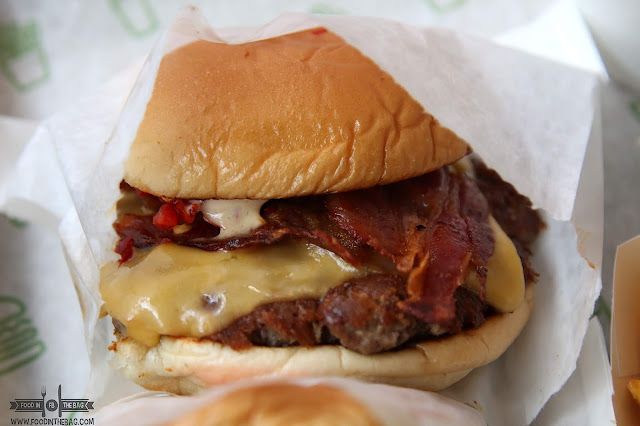 Next up would be their "main attraction". It's a mix of the bacon and cheese burger and a portobello mushroom pattie. 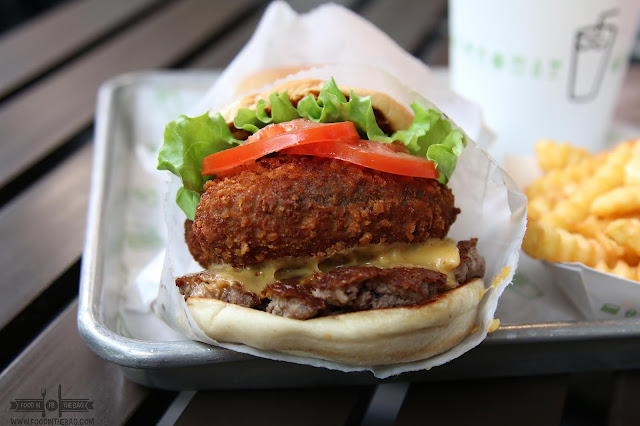 It's not as huge as I want it to be but it does deliver. The mushroom was cooked perfectly and the meaty goodness went well with it. 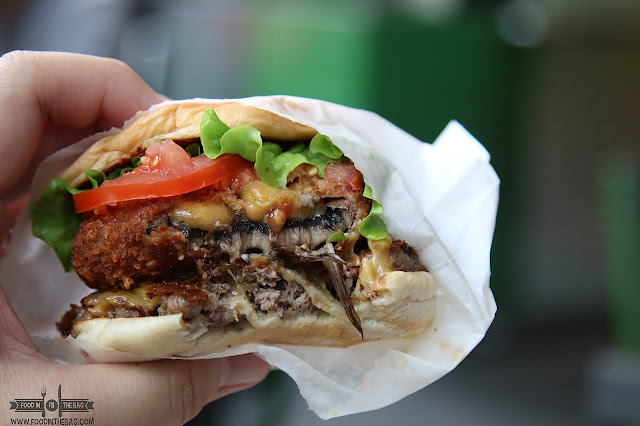 If there was one thing that made that visit memorable, it would be their SHAKES. Amazing and addictive, these little bundle of joys are a must when you go. If you find yourself near one, I won't mind going with you just to get a piece of that shake. Thinking about it, that's the name of the restaurant, so it makes sense that they should know a lot about that. 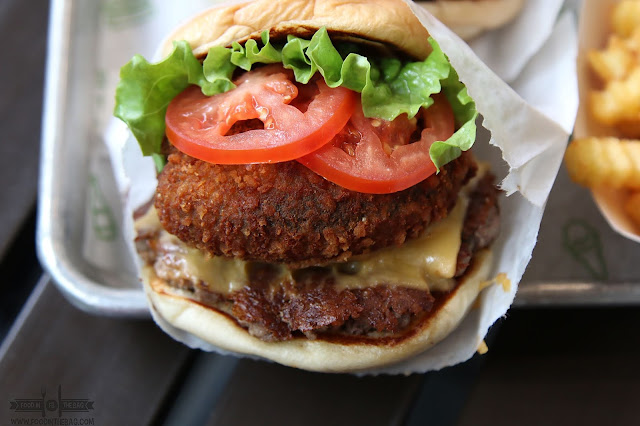 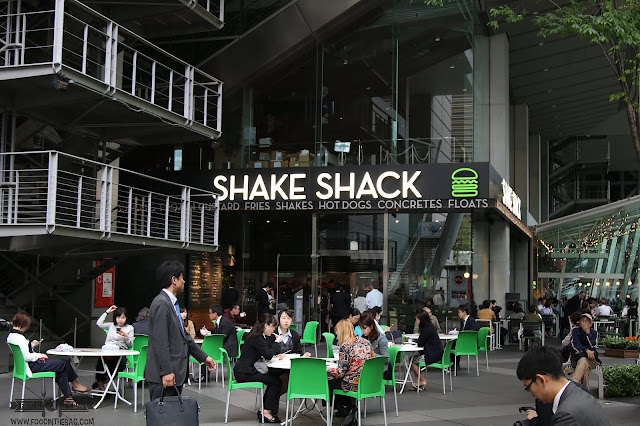 Shake Shack Japan has a number of restaurant locations in the Tokyo area. There are also a couple outside of the capital. If you're looking for a snack, this would do. But for a heavy meal, go elsewhere unless if you have the extra money to spend.
Tagged