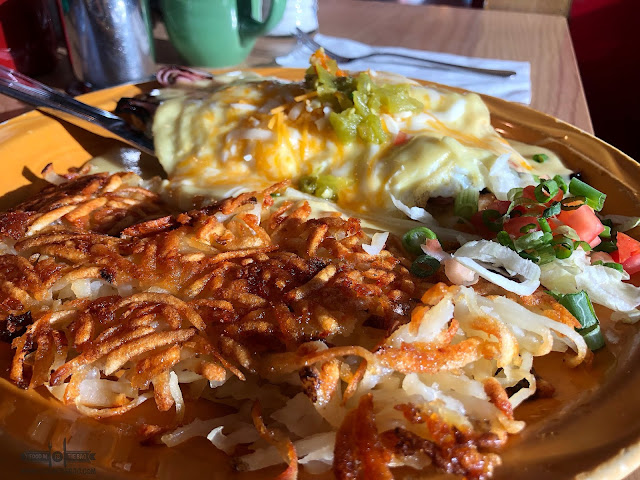 Ever since I've been in Arizona, I have been craving for some local fare. Local in a sense that, geographically, we're near the Mexican border. Hence, a lot of culture and food to go around from down south. One morning, I visited MartAnnes just because of that. This place was recommended by a couple of coworkers that swear by their Tex-Mex food. 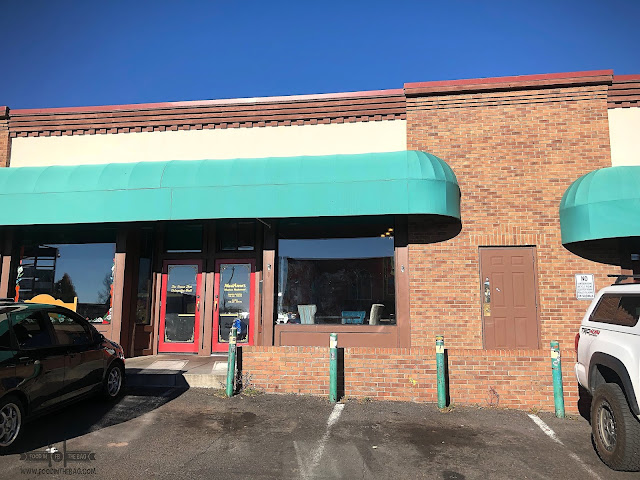 So, at 8 in the morning, I saw myself driving all the way there and having a plate or two all for me. Thankfully, MartAnnes is one of those places that offers free parking. They have a whole lot dedicated to their customers. Compared to other establishments nearby, you have to pay for your parking by the hour if you visit at certain times. 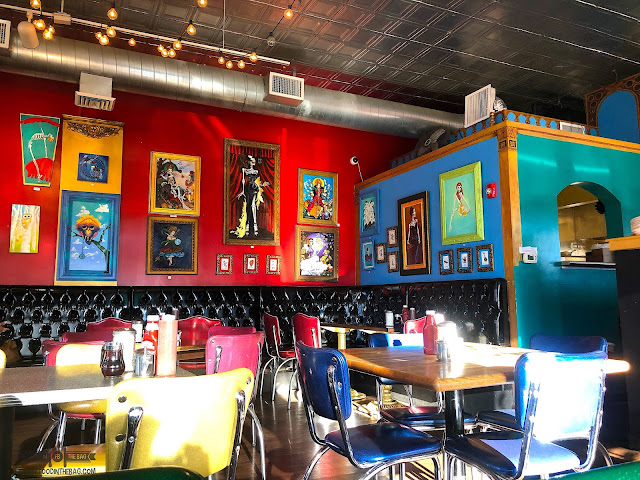 As you enter, you're greeted by the colorful and quirky decorations. They're wall is also surrounded by paintings. I believe some of them are for sale as well. 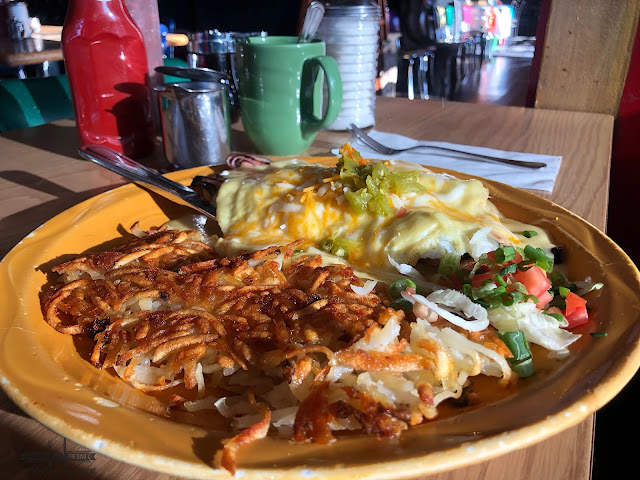 Since I visited on Halloween, the staff was wearing costumes and even some of the guests as well. I started with some of their coffee and had a side dish and their Huevos Benedicto. 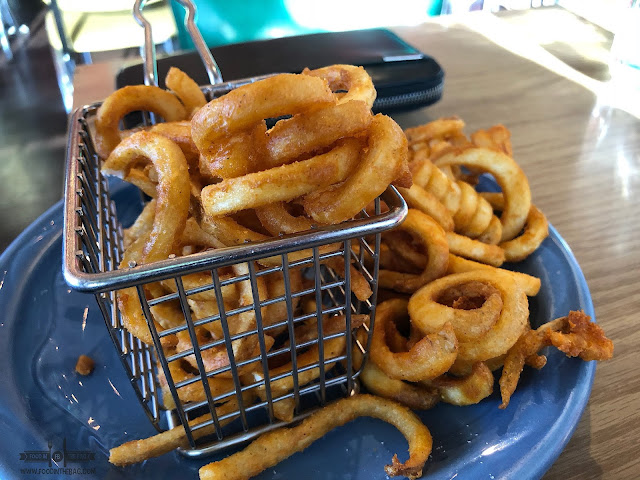 The curly fries reminded me of the ones I used to get from McDonalds back in Manila. To be honest, it wasn't really special as you could do this in your own home. It's definitely store bought. Maybe next time I'll just order some other thing. 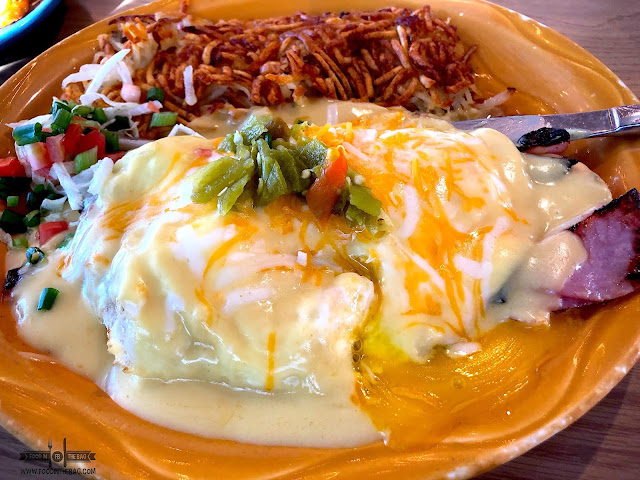 The Huevos Benedicto is their version of the Eggs Benedict but with a little Tex-Mex flavor. Ham plus english muffin and hollandaise together with hashbrown seems like a good idea to me. 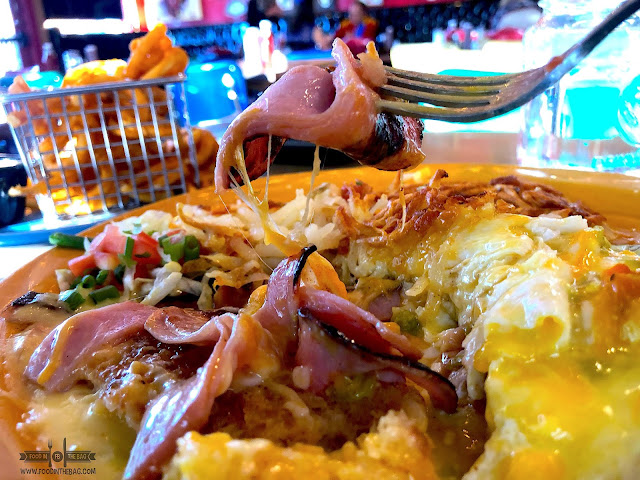 The sauce + the runny egg made the dish into something I would order over and over again. I liked the texture that the bread had together with the sauce. The hashbrown wasn't too bad as well. The restaurant offers a salsa mix that serves as their hot sauce. This was definitely spicy! It made me eat more than I could and woke me up pretty early in the morning. 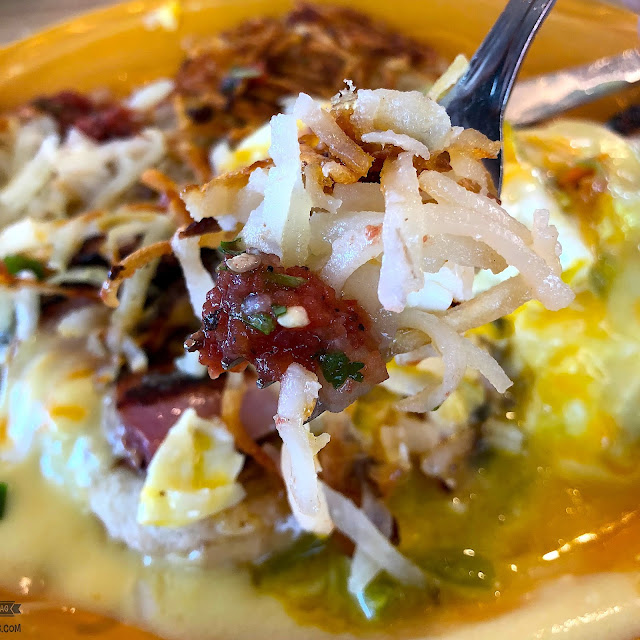 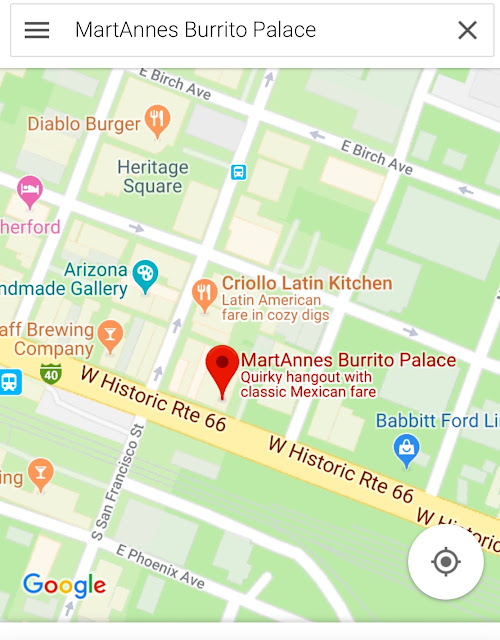 MartAnnes Burrito Palace is locaed along the Historic Route 66. They're open at 7:30am to 9pm except Sundays. They close somewhat early at 3:30pm.

Disclaimer: Visited and wrote this based on my experience. Paid for my meal.
Tagged