Yesterday, I was dragged away from my deep slumber because my friends were calling me and asking me to pick them up. Argh!!! You see, we have an overnight out of town chillaxing scheduled. We were going to stay in Tagaytay City but coming from Quezon City, one has to think about where to pass and of course my favorite subject, where to eat?!.

According to my planning, Ms. C, Ms. K and Mr. C and I were supposed to leave at 9:30am. We were going to eat lunch or brunch in Tagaytay. Expecting the tardiness of my friends, I checked in early. I was told that they were not yet ready even if it was already past 9 in the morning. Being the angelic boy that I am, I slept at around 4:30am and woke up at 8am so that I would be able to get ready and on time. Since I was so sleepy, I tried to do a long power nap to help me concentrate and drive. While enjoying my dreams, I was disturbed with a call. It was almost 11am when I got the wake up call.

I pushed myself to stand up and drive. I drove like there was no tomorrow. I picked them up and we passed by the C5-Slex-Alabang-Daang Hari-Aguinaldo route going to Tagaytay City. We chose this because it was not the usual way going there. Furthermore, I have proven to myself that this has been the best way to go since I had a past relationship staying in Dasmarinas (that is another story for another time). Sadly, we couldn't continue and we needed a quick stop to replenish our depleted energy (I mean FAT molecules!!!!) because of the traffic. It was already 1pm when we got out of the slex and into the Alabang Area.

Having empty stomachs pushed us to rush to Alabang Town Center. My friends have never been there and we wanted something different to eat. We went to the new wing, since I know that there are a lot of restaurants in the first floor. Being the indecisive group that we are, I chose to eat in Wee Nam Kee. 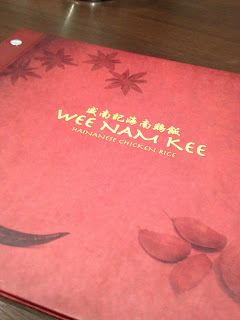 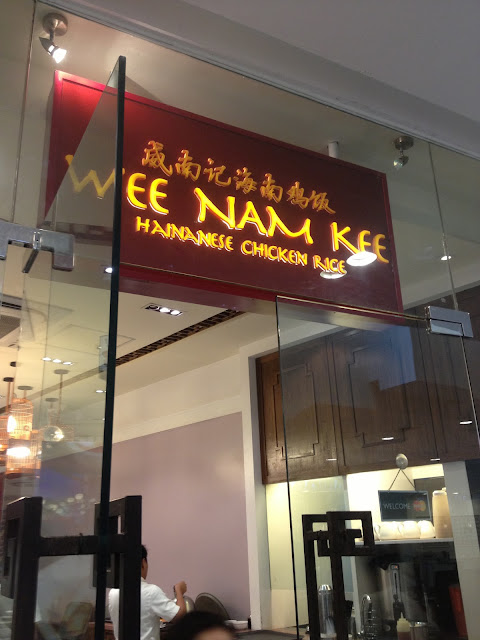 The place has a rectangular setup. It has a small entrance but a long space. It even has a few chairs and tables outside and under the escalator. Since we got there past the lunch rush hour, we were comfortable seated inside.

We quickly ordered and got these in just 10-15 minutes! The good thing I liked about their chicken set meals is that there is an option to have them half and half. Half roasted and half hainanese.

The chicken had this taste that you know can make you salivate. It lets you enjoy it by having the sauces used to maximize its flavor.

The Asado was actually a no brainer. We are growing young adults and we needed meat. The good thing about it was that there was this buy one take one promo for that entree.

The Crispy Squid was this dish that I always order in this restaurant. It was sweet and crunchy. I loved the texture and the flavor.


The soup was the normal chicken stock. The rice had almost the same flavors of the soup. It wasn't that oily so I guess it was ok. 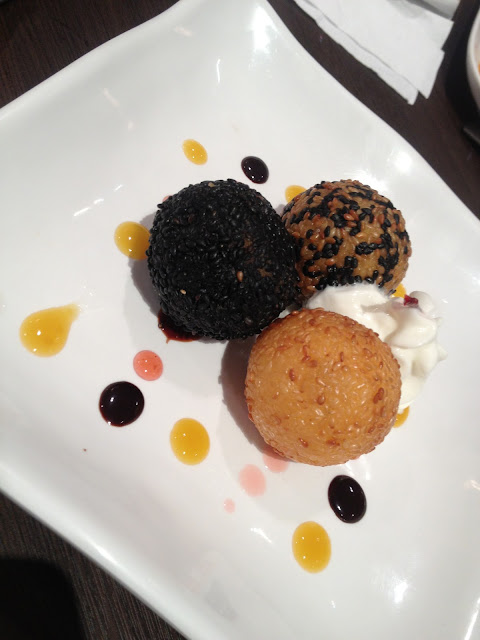 For dessert we had the truffle buchi. This is a dish that was waaaaay too sweet. It had 2 pieces of buchi that had chocolate feelings inside while another one which had white chocolates.


Wee Nam Kee has proven to be one of those Singaporean Restaurants that offer great food and fast service. The wait staff were pleasant and were there to help us in our every needs.
Will I go back? Well of course. Places that specializes in this kind of cuisine should be a restaurant that knows it stuff and Wee Nam Kee is one of those restaurants. Budget around 400-500 Php per person.


On a different note, I believe that they are serving yellow chicken or imported chicken in two of their restaurants until June 2013. They could be found in serendra and in glorietta. From the feedback I got, these chicken had way more fat in them, making them a notch higher than the usual chickens they serve. Why don't you try it out?