I found myself waking up early in the morning to go here. Yes... 10:30am is early already for me.


Buffet 101's first branch opened in the Mall of Asia by the bay. Honestly the first luxury buffet that opened
would be Vikings. They elevated the buffet experience to a higher level. With affordable pricing and hotel-like ambiance and fixture, you can't go wrong with them. For a few months, it had a monopoly on the extreme buffet service. After some time, Buffet 101 opened up on the opposite side of the MOA Bay area. The rest is history. Vikings now has 3 branches (Sm Moa, Sm Marikina, Sm North Edsa) while buffet 101 only has 2 one in Moa and another in Robinson Magnolia.....

So one fine lunch time, I found myself eating in Buffet 101's Robinsons Magnolia branch.


So when I had asked for reservation, I asked them to place us near the buffet spread. The last time I was there, we were seated all the way in the back. Good thing too because I haven't had breakfast yet.
Their Rob Magnolia's branch has a large seating capacity. It even have an alfresco area which was almost full while we were there. I heard one guy said "parang palengke". Yeah that many patrons.


Here are the stuffs they served: 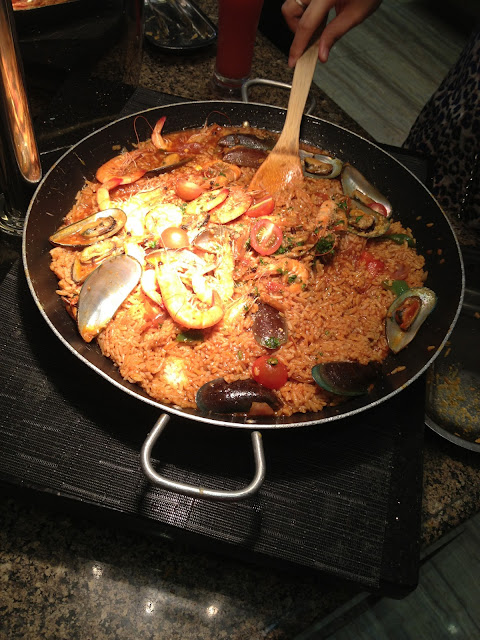 Their paella was more of rice mixed with a lot of tomato sauce from the grocery. Very WET! Avoid. 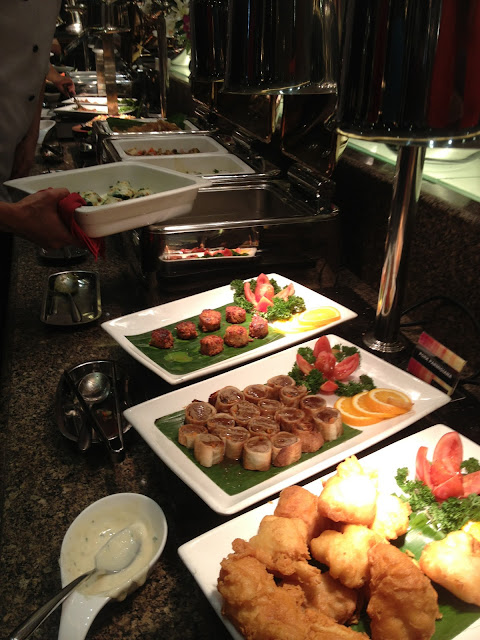 Other offerings included: seafood and meat grilling station, Chinese dumplings, fried Filipino fare, a small Japanese station which offered 6 kinds of rolls and only salmon sashimi, 2 kinds of pizza, some tired bread, a few appetizers, and juices, different ice tea, softdrinks, coffee and tea. Their dessert area seemed to occupy 1/3 of the buffet but it was quite not up to par with other places.
My plates... 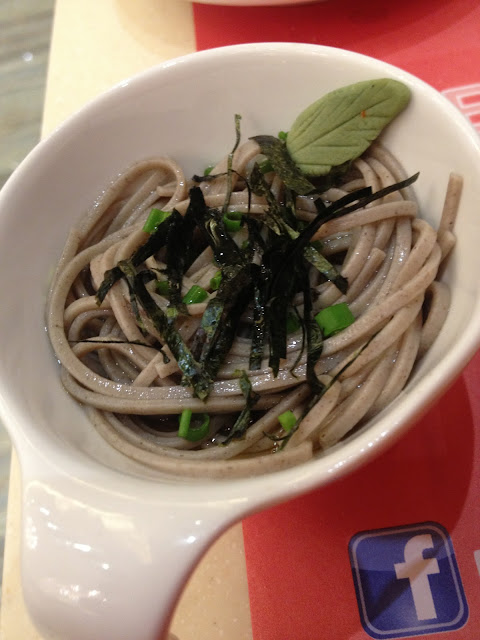 They served some soba but the sauce was too sweet. I preferred family mart's version more.

They also served tempura. Sadly, it was always almost gone. I was able to taste a few and it was freshly made. I noticed though that at around 1:00pm they never replenished the tempura. Maybe it took a longer time? Not sure though.

As I said, dessert was disappointing. They had pastries, fruits and candies but they even served cakes from Red Ribbon. Almost everything was dry. 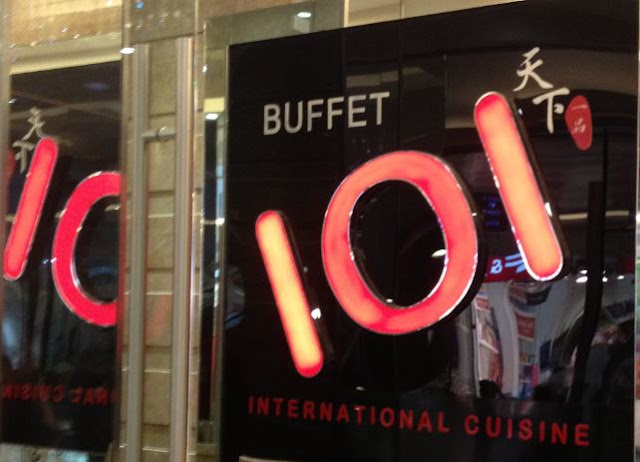 Like any place, there are hits and misses. Their service was all right. Since we were near a cleaning station, they always almost quickly fixed up the table and took the dishes away.

The price is very competitive seeing what they offer compared to other buffet restaurant in the metro. I believe their only main competitor in this field would be Vikings. Honestly, I would go for Vikings compared to buffet 101. For me, Vikings has more quality food items to offer. What do you guys think?

Buffet 101 Currently has 2 branches.
One in the Mall of Asia ground.
Here, Robinson's Magnolia