Okay, I will be the first to say it. I do not like cooking my own food. I mean when I am in a restaurant, I expect them to do the cooking for me. Right? I really do not like grilling restos and those shabu shabu place. I would rather they bring me the food and I eat eat eat! 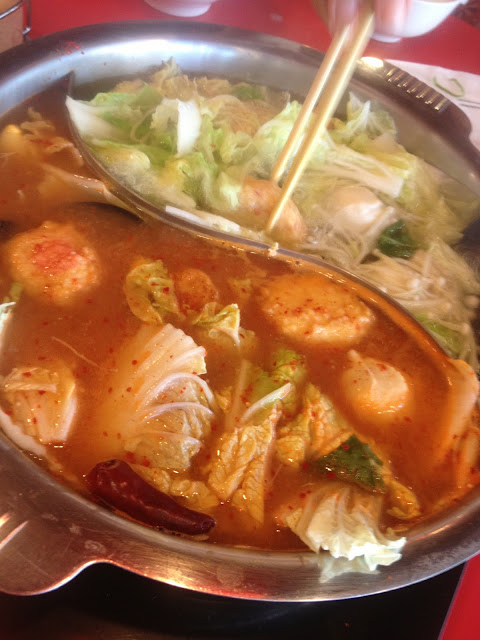 Sadly (lol!), we were eating lunch for father's day last Saturday. Of course I can't say no to my dad. He loves shabu shabu. He loves eating balls and dunking meat in hot soup to cook them. So, he chose that kind of a restaurant. Since we were off to Shangri-la Mall to watch a movie, I suggested we take on this new restaurant that has been serving some mean shabu. According to my friends, they enjoyed eating here so I said ... GO GO GO.

After watching Man of Steal, we looked for this restaurant at the 5th level of the new wing. Anyway, we ordered a lot. I actually was too busy doing something else so there you go. When I am with my family, we always order a lot especially if i leave the choosing to my parents. We were served complimentary hot and cold tea while waiting for them to prepare the stuff. 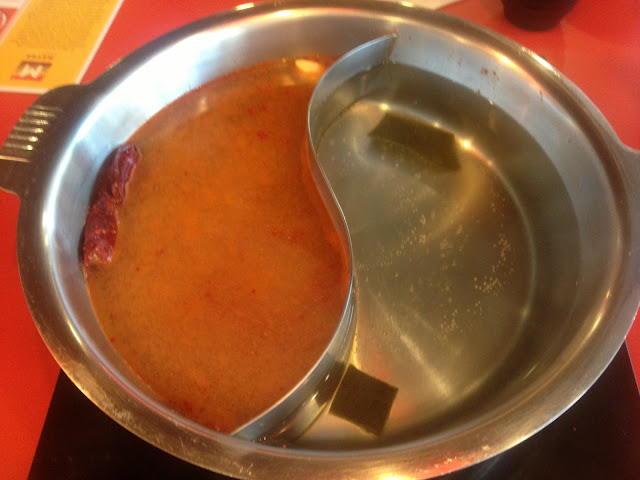 You can choose different base soups and their hotness level. We chose half and half so that we could taste more. The one on the left is the spicy miso with varying spicy degrees and on the right is the seaweed broth. It was quite amusing that they used electronic conduction for cookers rather than having gas based. 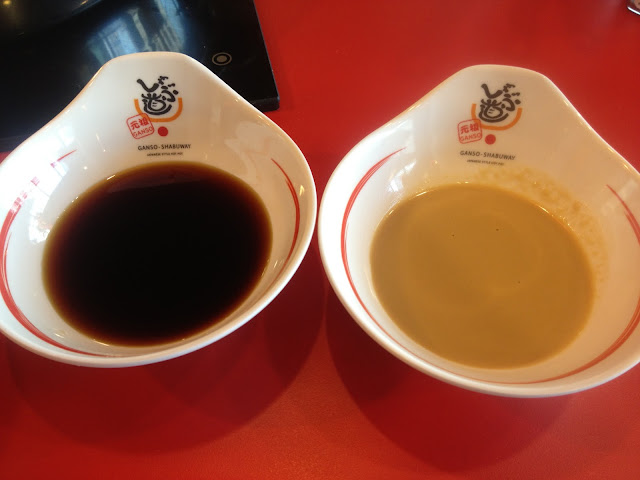 We were given 2 kinds of sauce. A ponzu and a peanut based sauce. The peanut sauce was something different. It reminded my mom of kare-kare. Being the clever one, she mixed it with rice to make it more yummy! 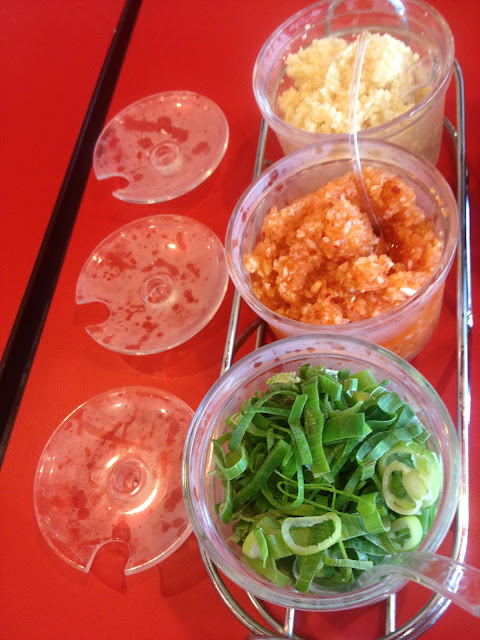 You could add these 3 to the sauces to make them more flavorful. Mix and match !!!! 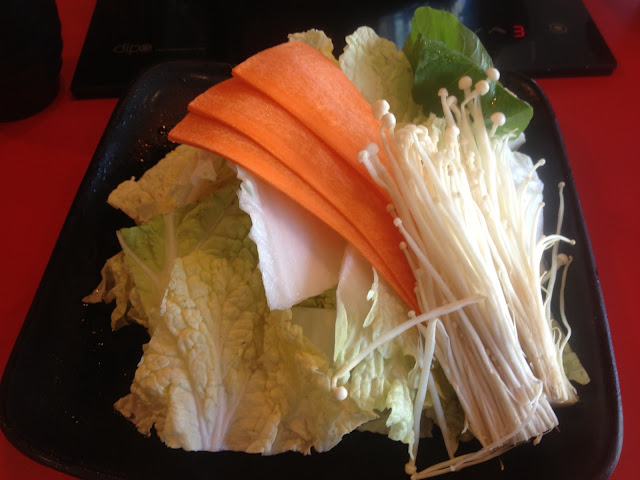 All four of us got this veggie plate... I skipped this and gave everything to mom!!! LOL! 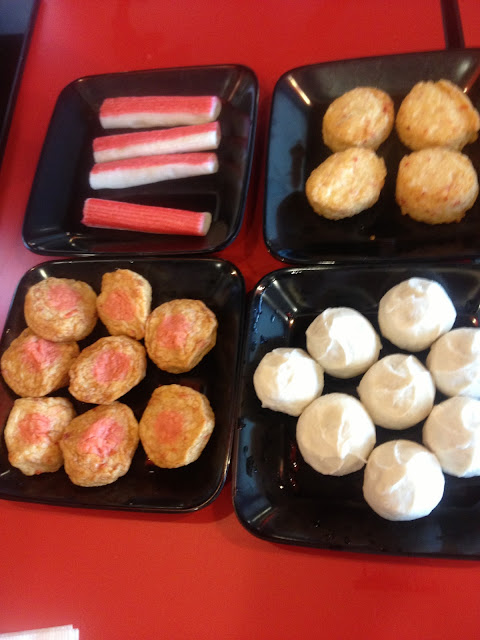 We had additional orders of (upper left counter clockwise) crabstick, crab egg dumpling, stuffed cod ball (white balls), and north sea scallop. The most note worthy are the stuffed cod balls. They had a different taste that is yummy and awesome. 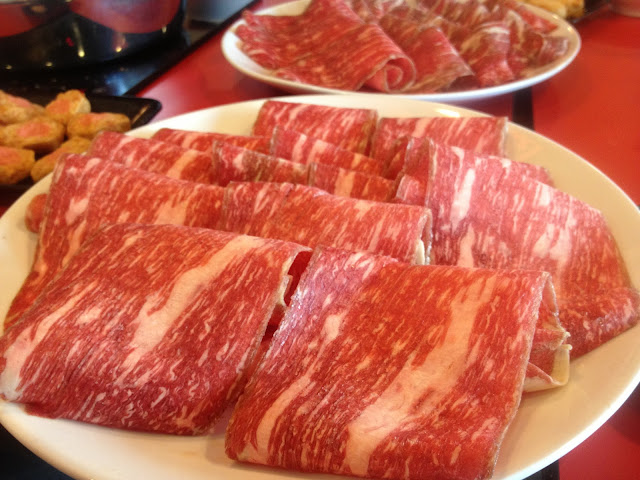 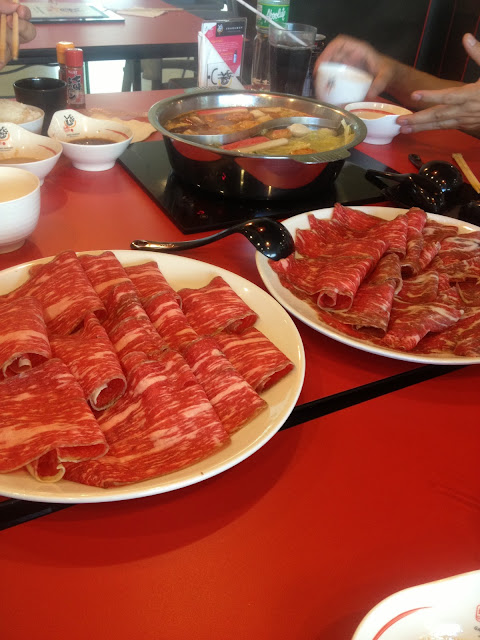 Yeah we had 2 plates of those. 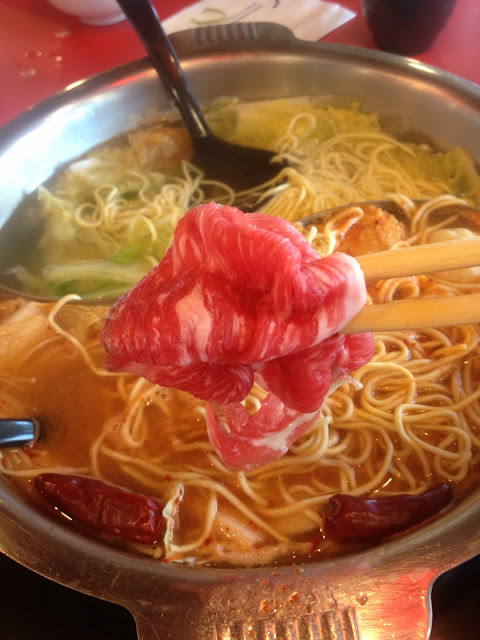 After a few seconds of dumping the meat, i tried it out and it was so soft and has that incredible soft taste! (YES MALAMBOT!) 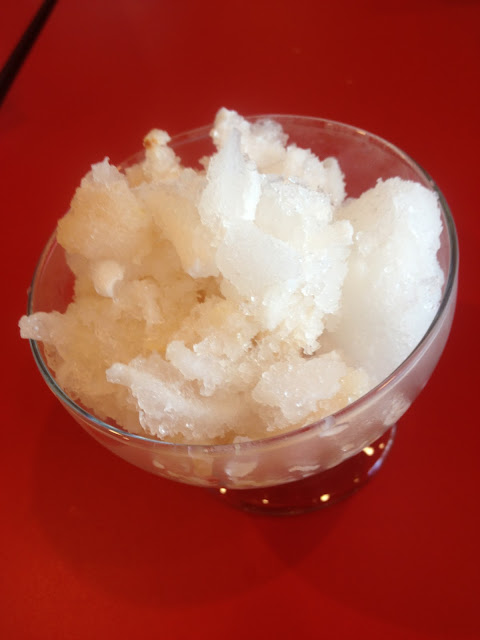 For desert, I had a Buco Lychee serbet. It was just right for the end of the meal. Something to clean the palate. Maybe they could offer some more choices.... not only in their desert menu but also other fried/grilled offerings.

Although we had a lot of food, I felt stuffed but not totally full. I was looking for more. It was a different experience for me since I don't do this quite often but my tummy enjoyed it. HAHAHAHA! 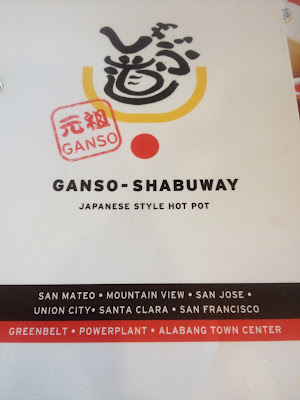 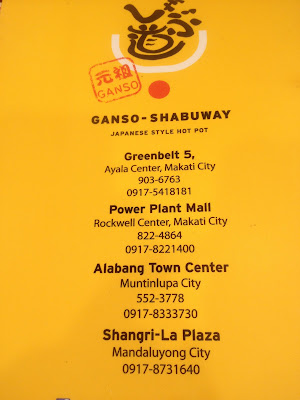 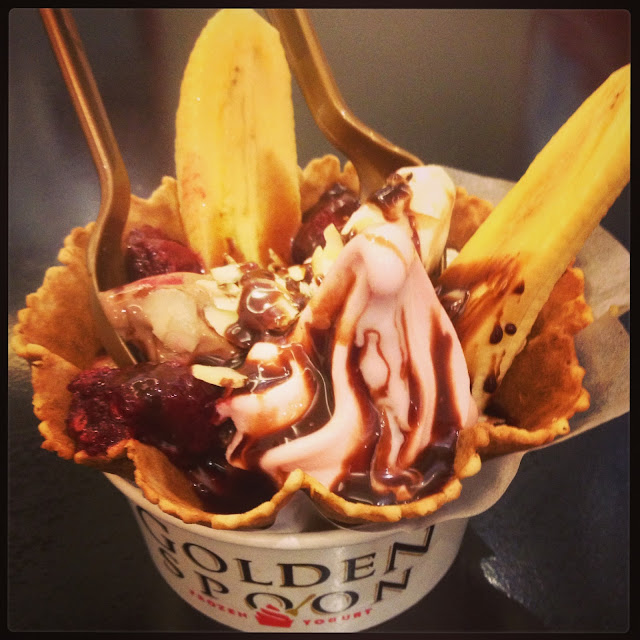