I honestly didn't know where to stay in Singapore. Since I was only going there for a few days and I was alone at that, I wanted an affordable but safe and clean place. I also wanted to be near public transportation as it is the main travel mode of everyone residing in Singapore. 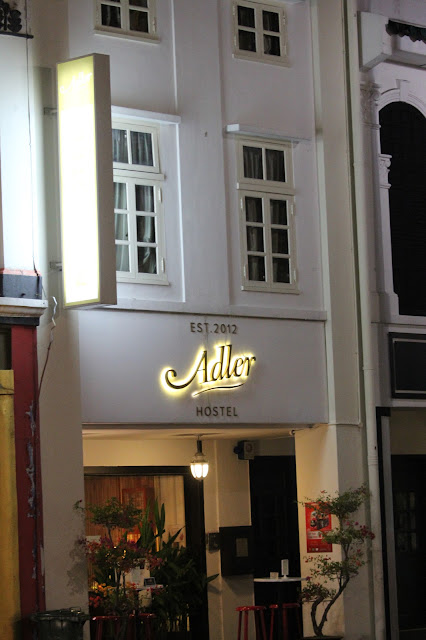 It was great that I came across this hostel.
After a little research on the web, I found out that this hostel had rave reviews. It only started its operation just last December 2012. It was owned and operated by a backpacker himself so the service really caters to the needs of a frequent traveler. I was sold. I booked instantly. Inquiries were also replied almost immediately.
After getting out of the airport, I took a shuttle that directly dropped me off to the hostel.


I learned that it is infront of a bus stop and a 15 steps away from the taxi stand. It is also a 4-5 minute walk away from Chinatown MRT!
As I entered, the wow factor was present. The lobby had an elegant touch. All of the pics they have on their website are spot on.
The staff was really friendly. I was asked to fill in an information sheet and I had to pay the full amount for my stay (S$55/night around 3500Php for 2 nights). Although a bit pricey compared to other hostels, I believe that they deserve it. Yes I am glad I picked this hostel! 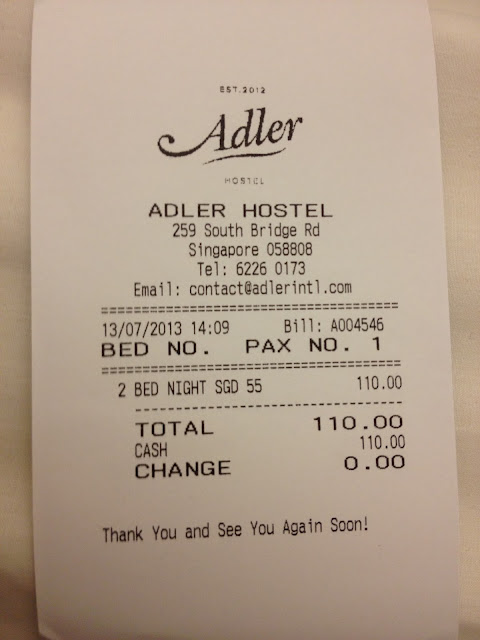 After filling up the form, I was briefed on the house rules. The front desk would be closed from 10pm to 8am. (For emergencies, they left a number to call to.) 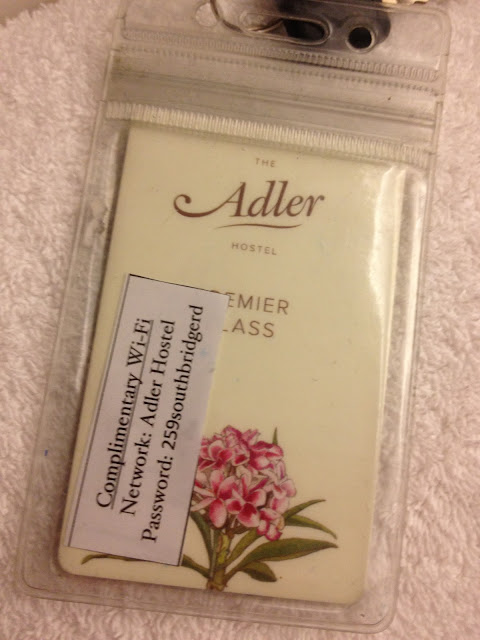 To enter the place one would need the electronic card. He then showed me how to use it and what to press during entering and exiting the place.
After the orientation, he carried my luggage all the way to the second floor and advised me on the electronic lock for the door. I really have to say that I felt safe. There was a lot of CCTVs around and that key cards were needed to get into certain places.

He then showed me my bunk. 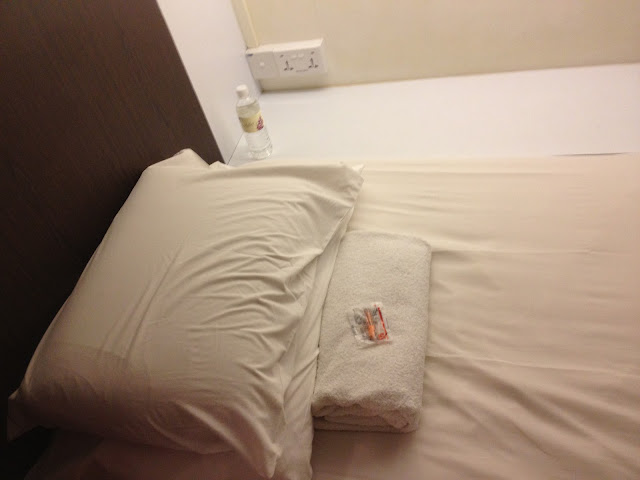 The bed was wonderful. It had the right amount of softness to it. We were provided with earplugs, 2 different kinds of pillows (super soft and just right), a comforter like cover if ever it gets cold, a bottled water, 2 universal outlets, and a locker to put in the valuables.Yes, there was a light switch too. It was awesome that they never turned off the a/c. They provide a sort of ionizer that helped in cleaning the circulating air. COOL! 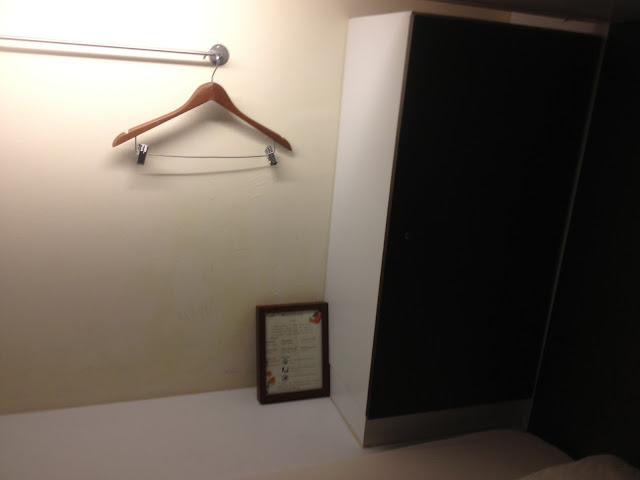 
This is what it looks like when fully lit. Just add a few bags on the floor then it is the real deal. For me, it is like those old school cabins on a long train ride that allows you to sleep and relax. They usually dim the lights until lunch time and turn it off at night. I believe this is for the convenience of the backpackers. 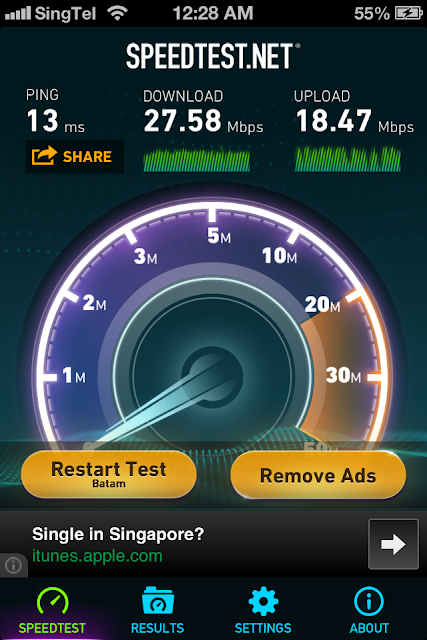 After settling down, I checked out their free internet. OMG! Talk about faaaaaastest!

I tried to take a photosynth of the cabin I was in. EPIC Fail. I know right! The bed was huge I think it could fit 2 of my size comfortably.
The curtain really helped with the privacy. Actually everyone respected one another. The place was so quiet. Great etiquette amongst the travelers. I think I was the only Filipino in. Mostly, there were Australians and Europeans.

I toured the place and saw some cool stuff too. 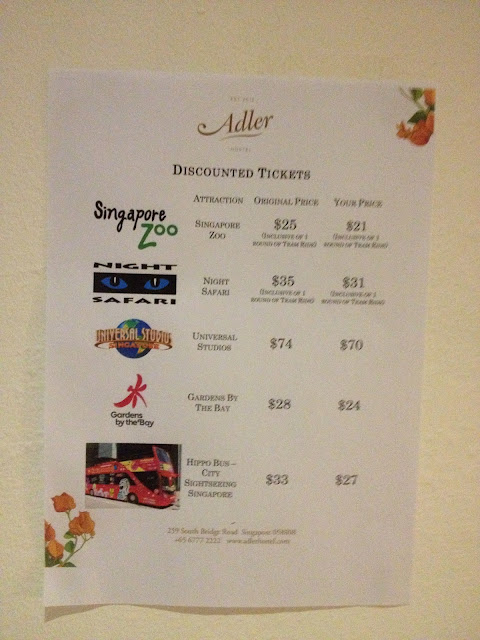 They sold cheaper tickets to certain places.Must take note of this next time I come back.
They had complimentary premium tea and coffee all day. I got to say i was impressed with the different selections of tea.From garden flavors to lychee and a lot more. 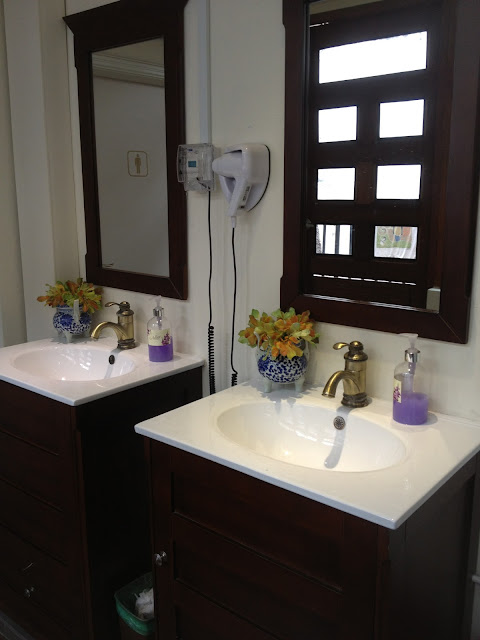 They had a wonderful and elegant old school looking sinks outside of the washrooms. 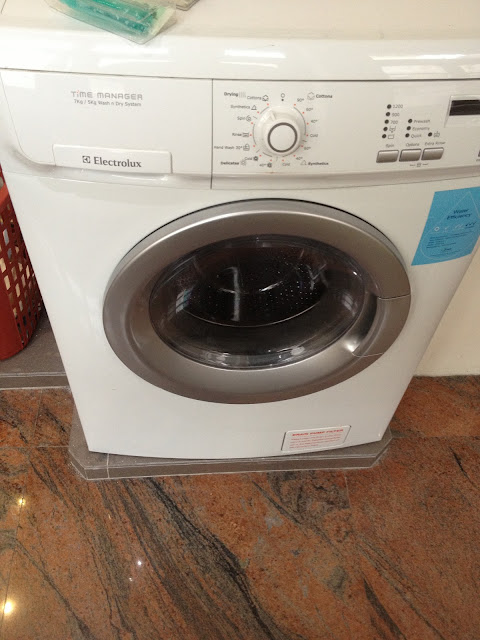 They also have a washing machine and other useful stuff in the pantry area. 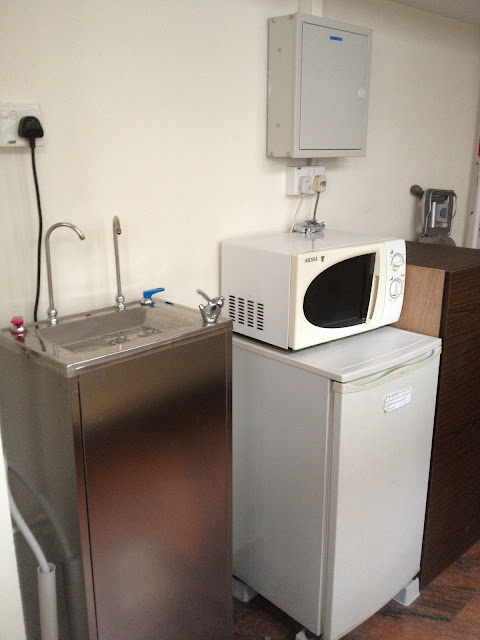 The first floor corridor had a few tables and chairs. They have a single type washroom which caters to the room downstairs. This room is more private as it only has 6 beds. They also have an all female room on the 3rd floor.
As you can see this is one of two laptops provided by the hostel for free use. 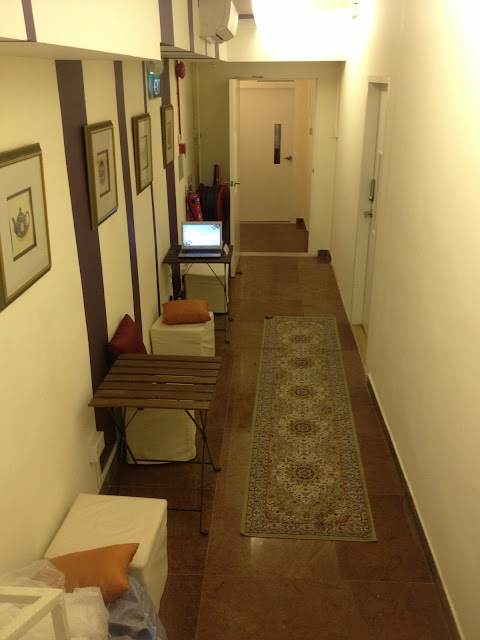 Seriously though, the washroom to occupant ratio was amazing. It was 1:4. No waiting time. It was always clean. Premium soap and shampoo was provided for. Toilet paper was in abundance always. The shower has a heater so no problem there. There were provisions to place your stuff on. On the 2nd floor, the females had a different one (located in the room itself) than the males (found across the hallway). My only suggestion would be for them to separate the toilet from the shower area. Although a big guy like me fit in comfortably, I would have wanted it to be separate.

After a whole day of traveling around Singapore, I got back and had a taste of their locally made beer. It was actually cool that they have an honesty system since there wasn't any staff around. You just had to put your money in their small jar. 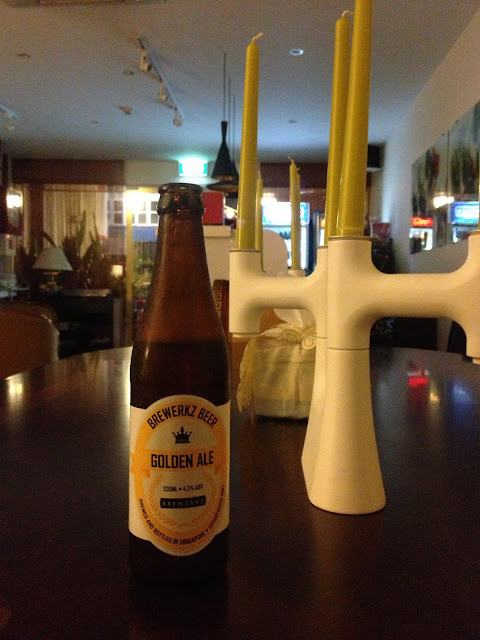 It wasn't really to my liking. It had a coffee bitter like after taste. I loved our San Mig light more.

After an awesome sleep, I had breakfast at the hostel. They offer free breakfast everyday. Although it wasn't like the ones I was used to in hotels, they had a complete offering compared to other hostels. 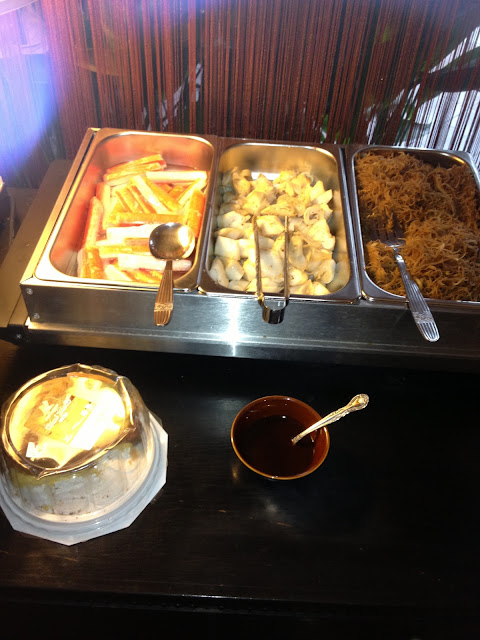 This would change daily. Usually they would serve a noodle dish. Some different local delicacy and something familiar. Also, they have sponge cakes available and has a lot of fresh fruits. 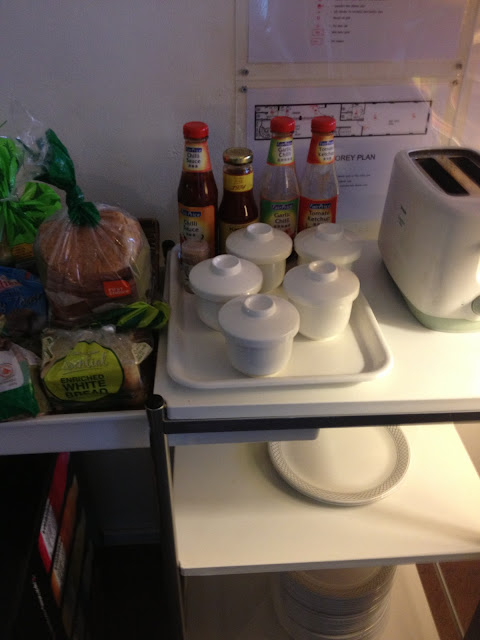 They had a bread corner that offered 5 kinds of jam. Aside from these they have a lot more on the dining table. They also have 2 kinds of juices. The fruits and the bread stuff here can be taken any time of the day. They serve breakfast from 8am-10am. 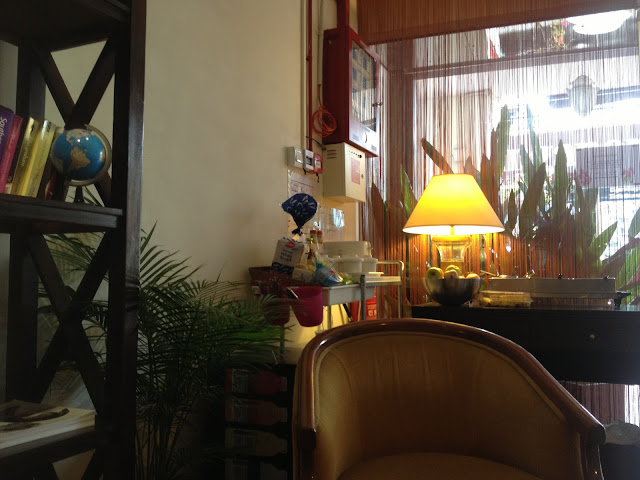 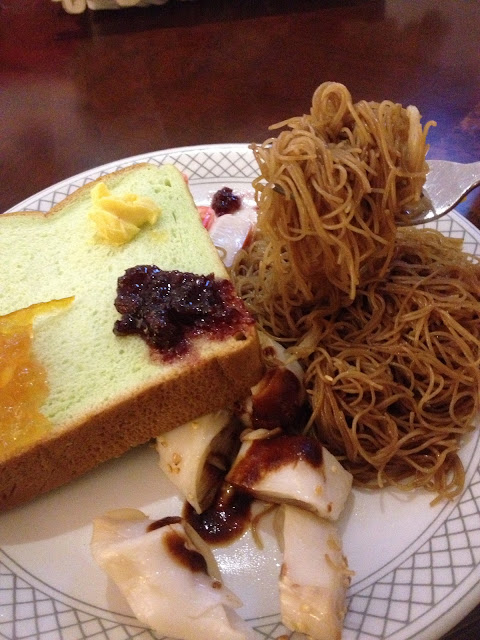 It was all messy! Sorry, I was still sleepy!
I was really happy with their service. After eating or drinking something, we just left it there and they would clean it for us just like any normal hotel. Plus, they would even offer us a drink and the staff would make it themselves. INCREDIBLE!
Are you really a hostel? Your service is better than some hotels I have stayed in.
It was also great that they were really kind and caring. They would make a little chit chat too and ask about your day!
Even if the current going rate for a hostel is around S$40/day, I believe that my money is well spent here. The amenities and the service makes up for everything. I would definitely go back here.
Adler Hostel
http://www.adlerhostel.com/
https://www.facebook.com/adler.hostel
259 South Bridge Road
Singapore 058808
contact@adlerintl.com

Some other pics I took from adlerhostel.com