My dad wanted to have a little snack. Since we were in the Ortigas Area, we marched our way to Podium. 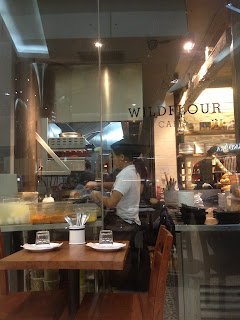 He hasn't been to this mall ever since. It was his first time. I knew I had to treat him to something nice. We ended up in Wildflour.


Unlike their main branch in BGC, this is a bit small. Most of their chairs are outside near the escalator. Something different was the way they were taking orders. A few weeks ago, we came in around snack time (click) and was asked to order from the counter. In contrast, we were asked to sit at a table and orders were taken.

Anyway, I started off with some kimchi rice (465Php).
It may look like the serving was a little small. It was placed in an over sized round plate that made me think again if I ordered right. After a bite, I was at ease!
The beef was soft. The rich rice was really kimchified!
I love it! 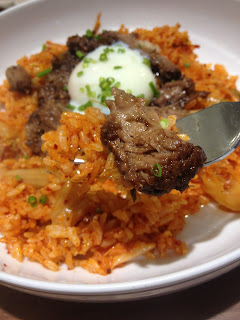 He had a chicken sandwich (360Php). It was normal for him. 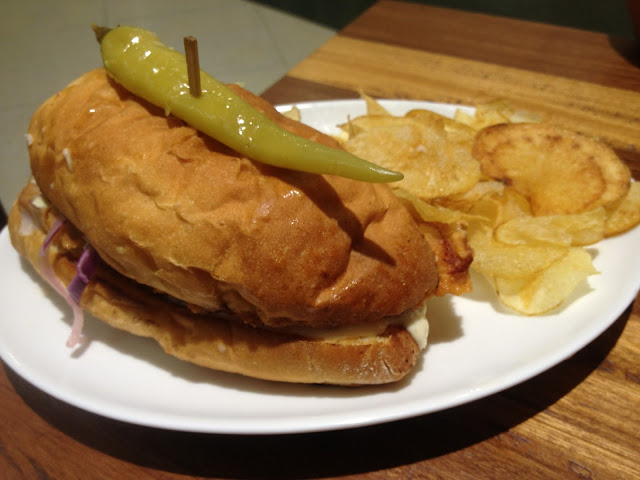 He liked to try some prawn salad (390Php). Unfortunately, my dad just got the shrimps and never looked back. For him it was too exotic! LOL! 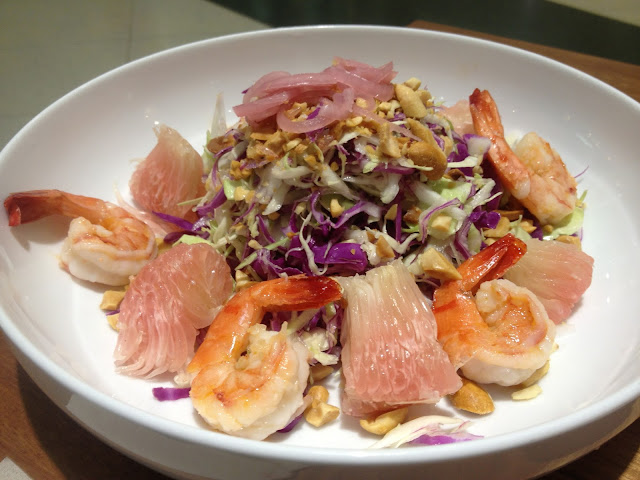 I also went for the garlic knot (130Php)! It was the same old bread that I liked! It wasn't overpowered but garlic. In contrast, garlic was but a hint!I liked the salt and the olive oil used as a dip :D 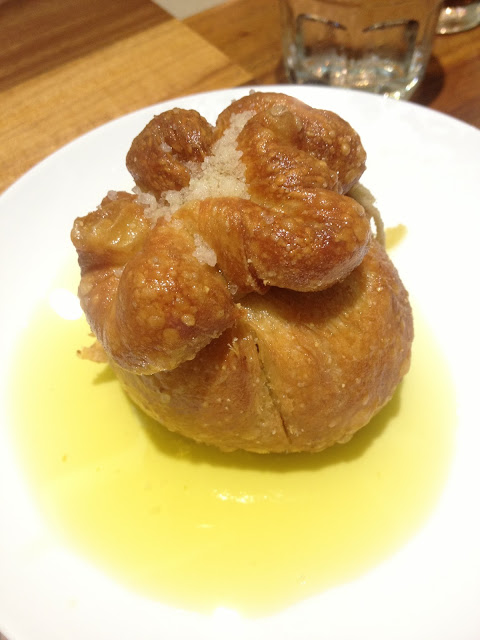 We also had some Bacon Torte Flambe (425Php). The caramelized onions went well with the flat bread pizza. The bacon wasn't too salty. YummY! 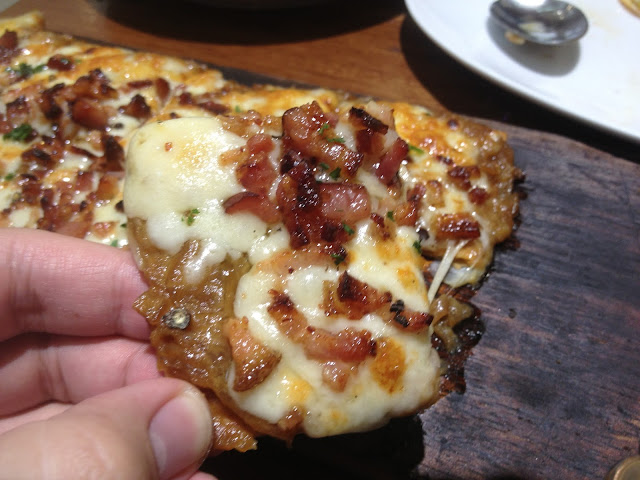 For takeout, we had their bread pudding (130Php). For me, I love this because it has burnt parts which makes it crunchy. The insides were another story. It was soft and mushy. 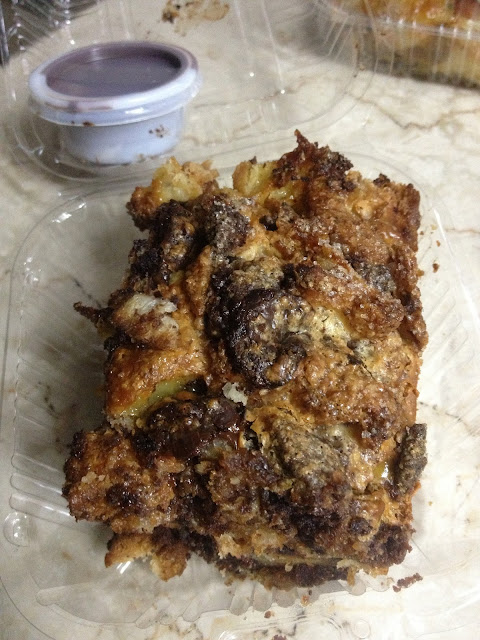 I know! The picture does not do justice! I hope you get to try this.

Although a little pricey. I really do believe that Wildflour's offerings are really awesome! Budget around 600 Php/ person.

I just hope they improve on their service. I think they were a little off. They forgot about our takeout and our doggie bag. Was it an off day for them?