Even after a year, I could still vividly remember the concert that Maroon 5 held in Araneta last September 18. It was a spectacle that gave goosebumps to me. I remembered how I forced asked my date J to go with me since she was from the South.

It all started with... "oooohhh oooohhh oooohhh ooooooh.... oooohh".
That's just me trying to mimic Maroon 5's One More Night! Don't get any funny ideas!
I remember how I hurriedly went to Araneta on the first day of ticket selling just to buy a ticket. I had to endure traffic and parking woes. 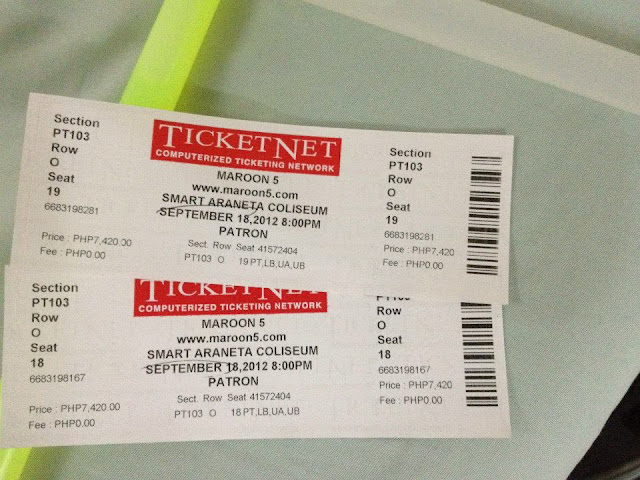 Sadly, the closest row I got was row O.
A little expensive but it was love! For? Who?...
(in hindsight, I would have done it again LOL!)

Even though we were an hour early, the rafters were filled up. 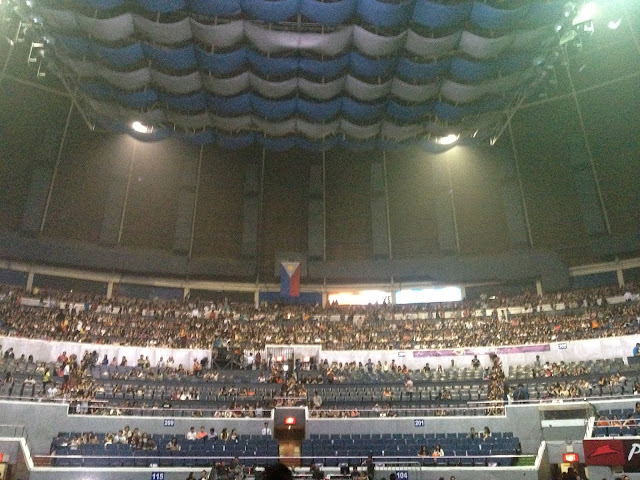 and the waiting game starts. 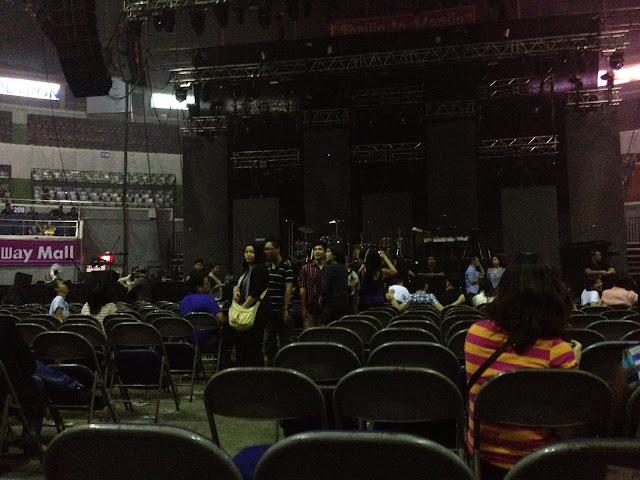 I was really feeling giddy! Like a kid waiting for presents on his birthday. I was this close to the stage. 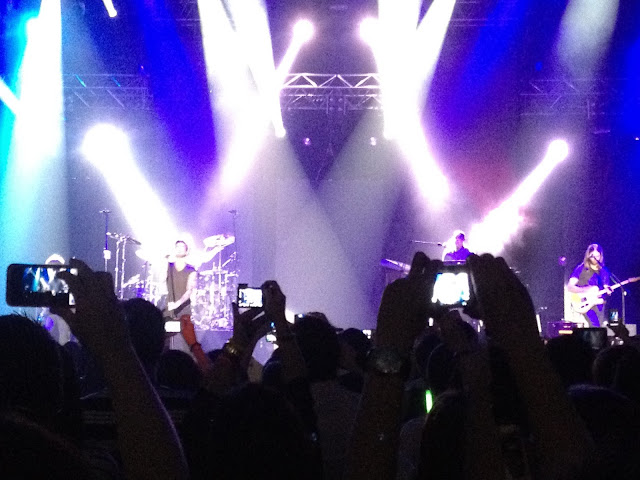 I was awestruck with the band's use of the background led. With the awesome sound system and acoustics (better compared to MOA Arena IMHO), I was definitely deaf and adding more to that, all the fan girls were screaming.
Honestly, I was screaming too. LOL!
Binge na kung binge! 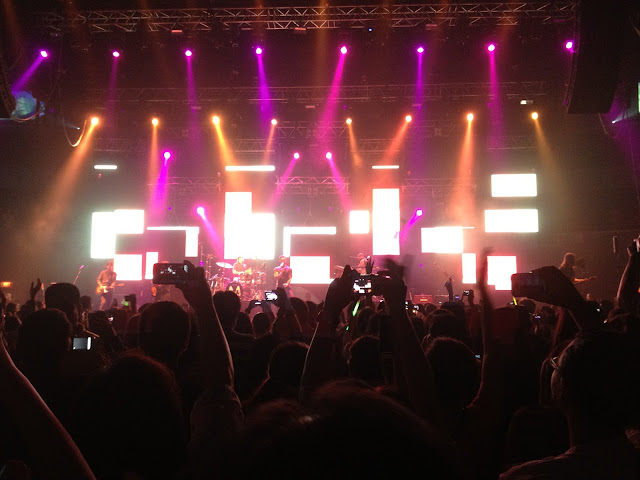 Adam was so hot. Yes I am a guy and I am saying it straight. He is soooo hot! 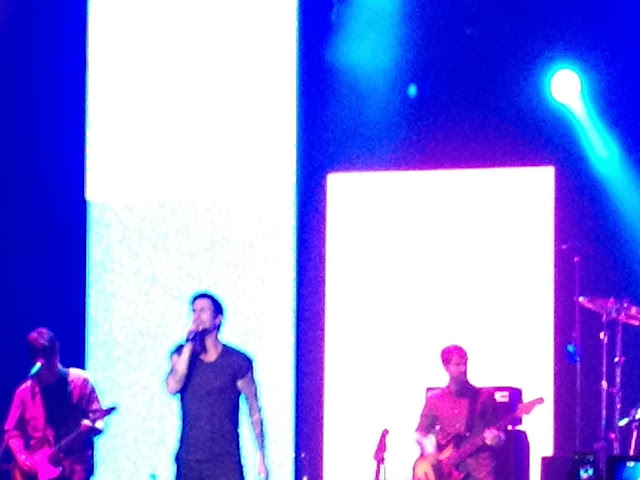 Everyone was on their seats. If only we could have gotten closer. Sadly the freaking bouncer was always there to stop us :(

Here is an excerpt on one of their songs. Just to see how packing Araneta was. 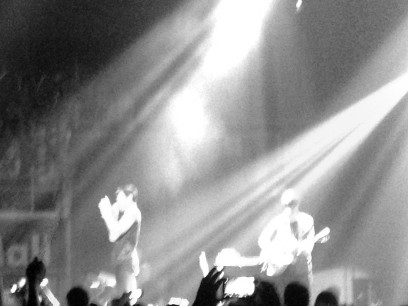 I prayed that he removed his shirt! LOL! Like what Brandon Boyd does in Incubus concerts. 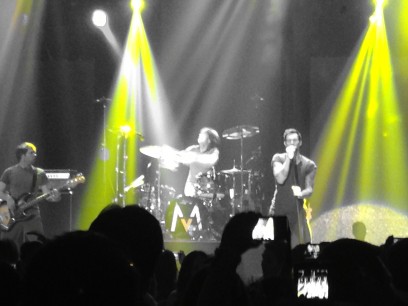 The concert went by so fast. Two and a half hour was soooo bitin!!! 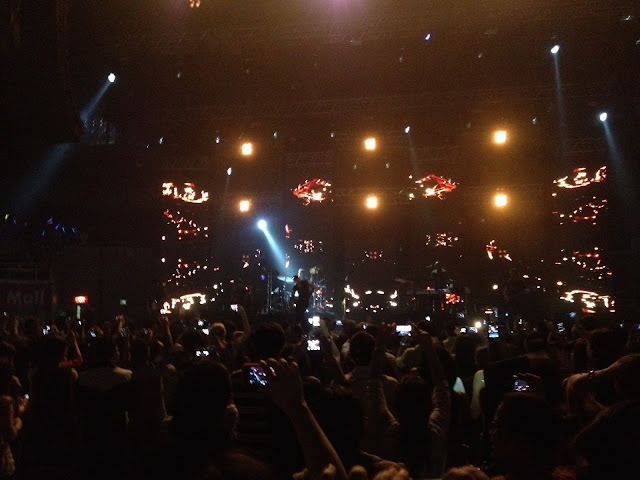 That I was only able to breath just before the encore. 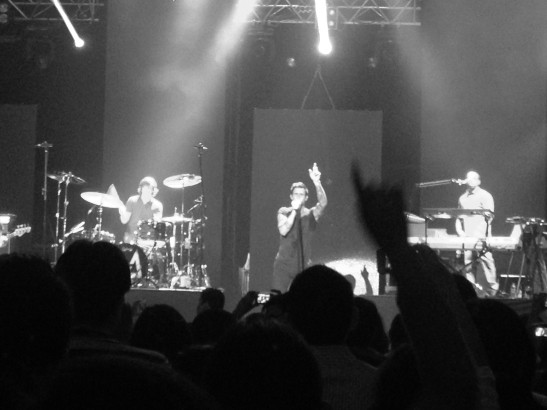 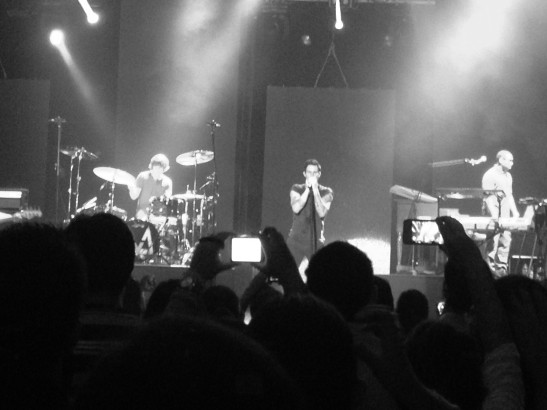 Sadly, everything has to end.  Until we meet again Adam :D 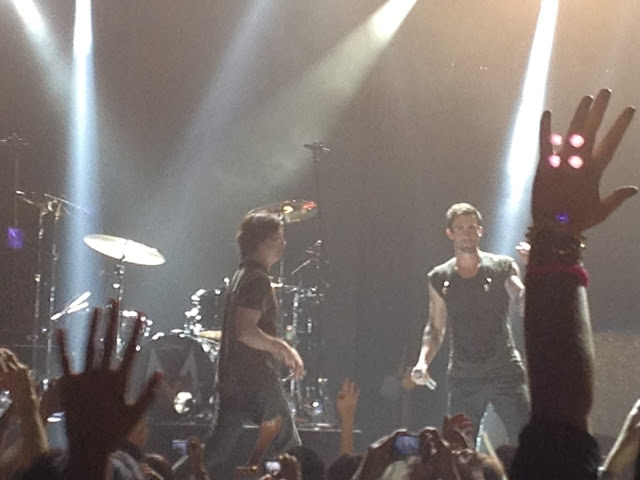 So off we go to have an after party in Borough (click here and here). 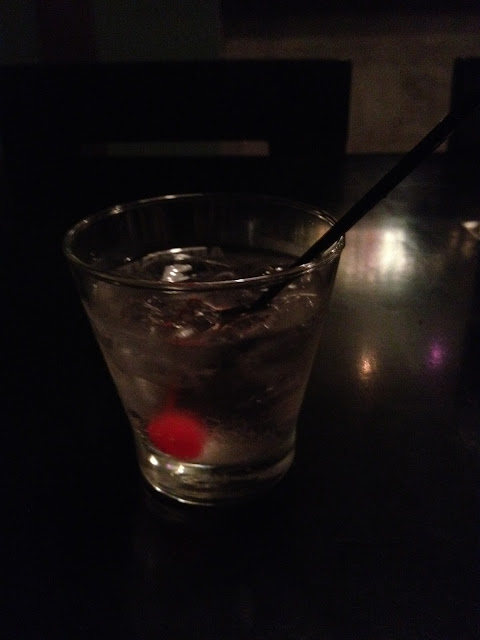 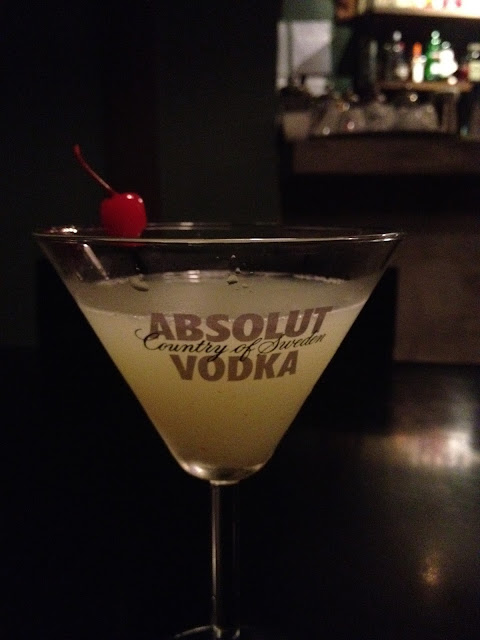 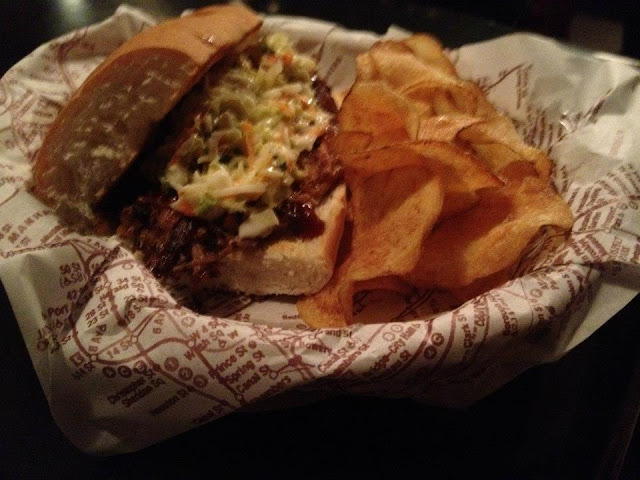 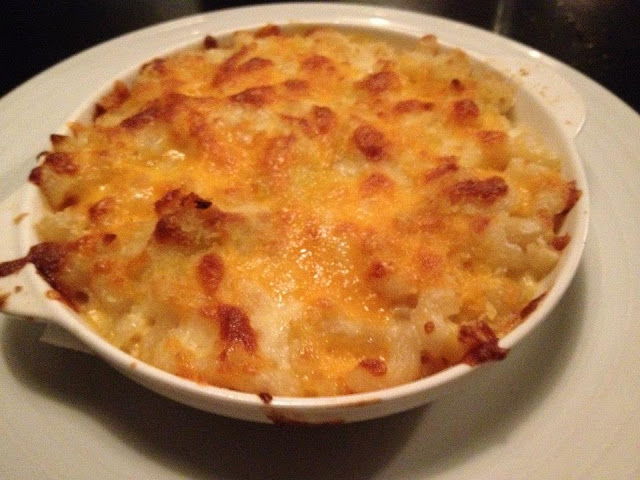 Baked Mac and cheese just to make it all go down.

I, then, turned to drive all the way to Dasma, Cavite
(Yes I know I was dating someone from way way way south). It was madness to drop off my date in the middle of the night/morning. Sabaw was my description.
Afterwards, I
went back to Quezon City to pick up another date friend. And had a wonderful time talking about the concert and my date the previous night, over breakfast at Something Fishy. She was epicly jelly!

I just had champorado. Not too sweet and not watery. 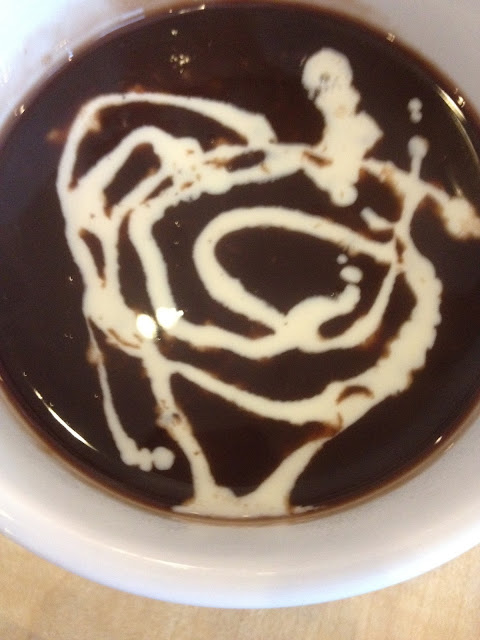 Of course some bread with a lot of mallows and chocolate won't hurt. 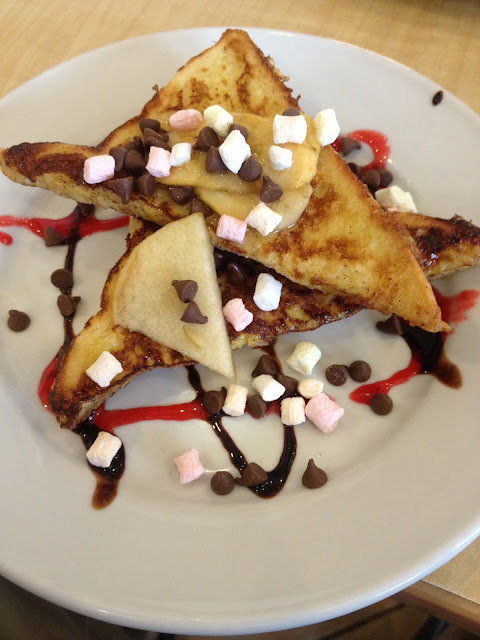 Okay fine, some more then. 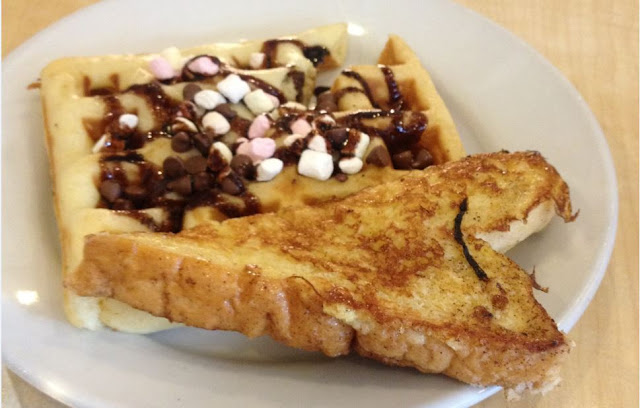 Ended the night and day with an awesome smile.!!!! 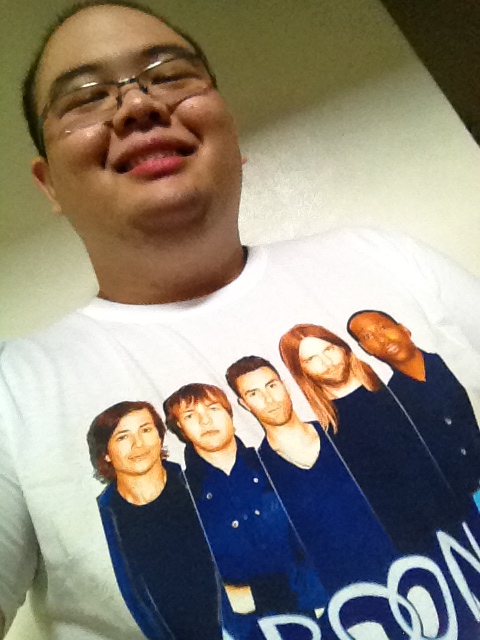 I had a fun night to morning! To watch maroon 5 and partying in borough. To having that roadtrip to Dasma, Cavite and back to Quezon City for breakfast at Something Fishy. Everything done was well worth it. I wouldn't have it any other way. Maybe we could have just skipped the long drive but what the heck. LOL!

In case you want to see what happened during the concert:
Almost exactly the same. Same set list same stunts.Add a little of gangnam style excerpt in their encore and it would be the same! LOL!

This long Youtube video is not mine
The shorter one is.