We got off a little early from the night shift and had no where to go. Since I knew that Early Bird Breakfast Club is open 24/7 on the weekends and it was near, some of my co-workers and I went on over to have some breakfast. 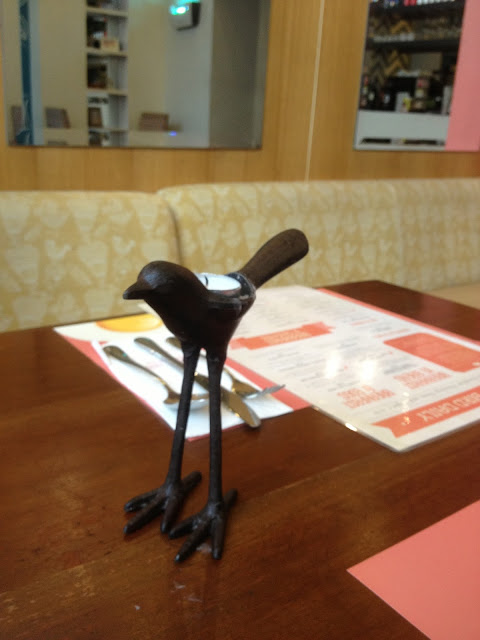 It was a weekend and we were tired and hungry. Worst, it was payday. So we had money in the wallet. LOL! To celebrate our first ever paycheck from our new 2nd home. We went over to EBBC. It was actually their first time to come on over and try it out.

Ms. MG loves mojitos. So she got their breakfast version. It had a citrus touch to spike up the flavor. 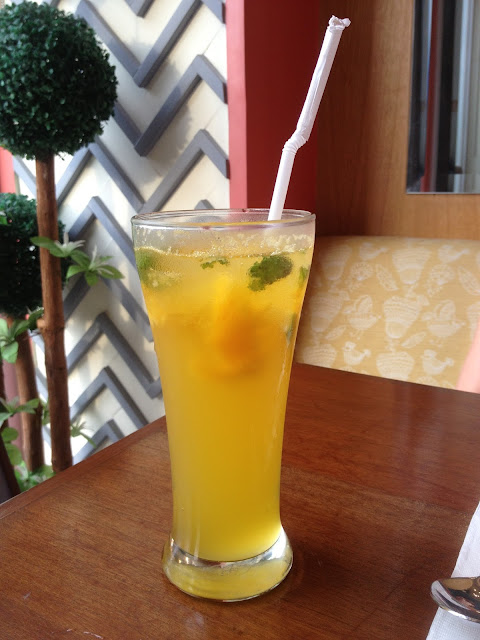 Ms. G on the other hand tried out their yin and yang champorado. The side dish of fish tasted not too sweet and just right. She just noticed that the amount of champorado isn't that "a lot" compared to the price. 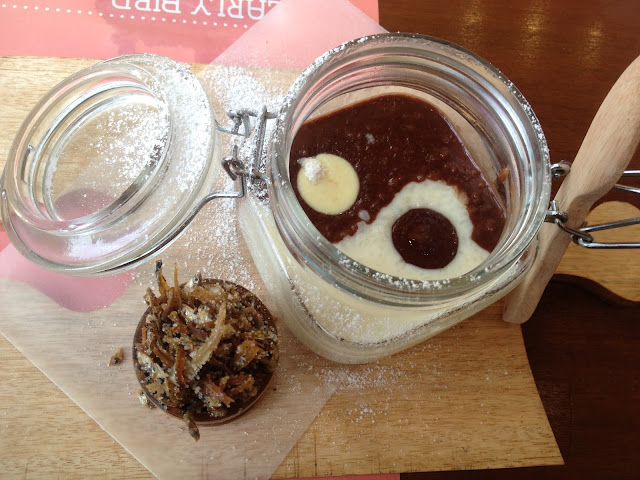 Ms. C got their viva longanisa. It was the garlicky version. I noticed that she finished everything on the plate. Well, except for the sauce. LOL! :D :D :D Peace!
We also had their hashbrowns. This was more of a cut up potato with a sweet home made tomato sauce instead of the usual ketchup. 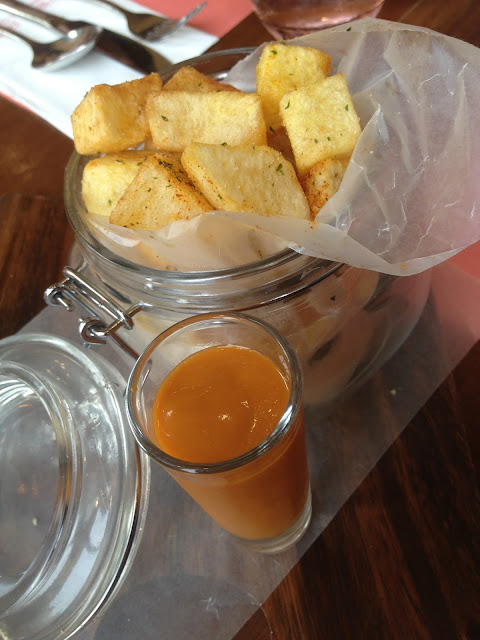 I got their risotto. The chorizo was a lot as in a lot!!! Not unlike in other restos where they skimp on the ingredients, here they made sure na madami! It was gooey and just fine. Ms. C noticed that it was "maasim" for her. I believe it was because of the broth used and also because of the chorizo mixed in it. 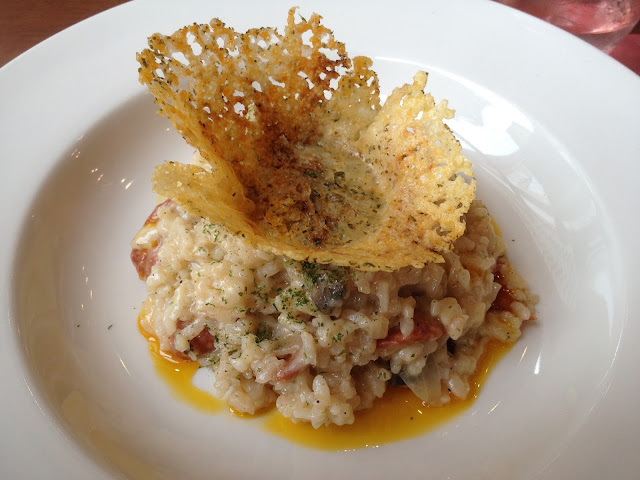 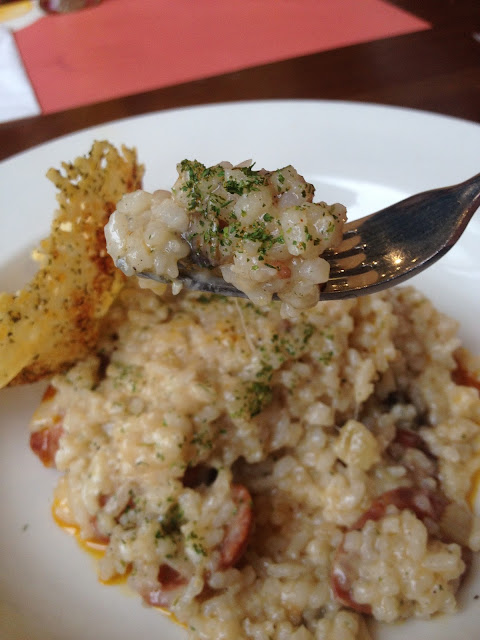 We also had their french toast fondue. Ms. C was surprised because usually fondue are those that have fountain of chocolates flowing. Well here the dips are placed in egg shells. Sadly, the toasts were a little over done. It seemed that it almost was or is burned. Also, the egg shells weren't cut off properly and had a lot of rought edges. I remembered when I first had this dish and everything was perfect. Anyare? 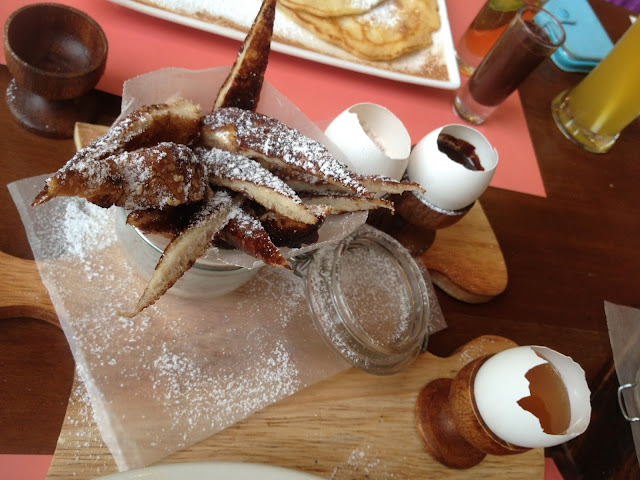 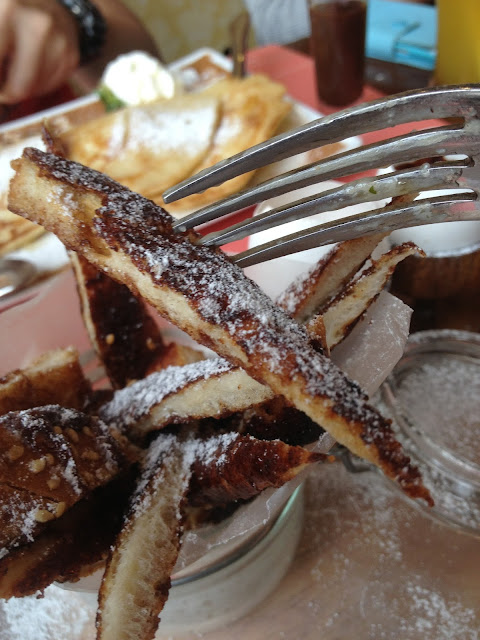 Ms. MG had their breakfast pancakes. She was craving for it! It was not dry and just right. Comparing this to IHOP BGC (click), panalo ito. The maple syrup isn't overly sweet too. 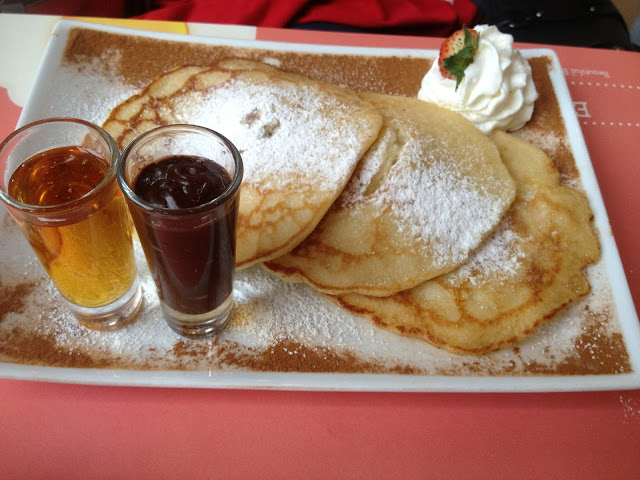 According to my friends, the presentation of the food is really cool. It was as if that is what we were paying for. A little pricey for the amount we paid for. The service was okay even though they had this boo boo with the sauce of the french toast spilling on the table. The taste and the quality of the food was just so so and all right.  Sabi nga ni Ms. Jane, steady lang :D :D :D