One late night, my co-workers and I were a little bit curious about this shawarma restaurant near our office. So, off we go. 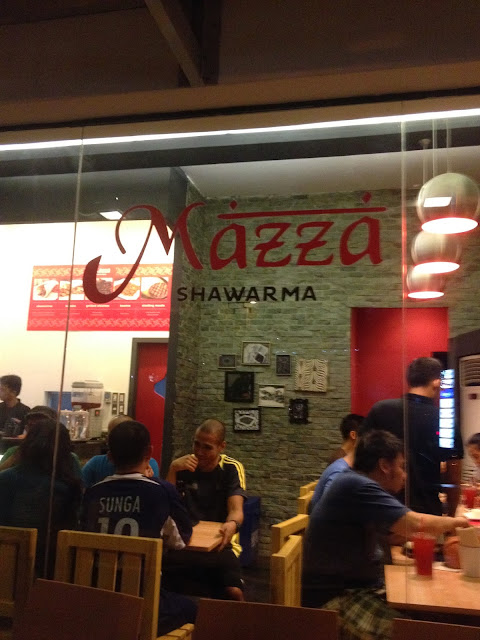 Mazza, as far as I know, is the only shawarma resto in this part of McKinley Hill. They offer affordable shawarma fan fare for those in need of such. A place to go to if you are craving.

Although the place isn't that big, it could cater around 25 inside and around 15 outside. There isn't really much to say about the place but it does get crowded. It was just lucky for us that we were able to snatch a few tables to cater our group of 9.

For appetizers, we had some dips to share.
The first one we got was the grilled pita with Jalapeno Hummus (85Php). The pita bread was soft and just right while the dip was a little bland. Cyma (here) 's version is infinitely better. 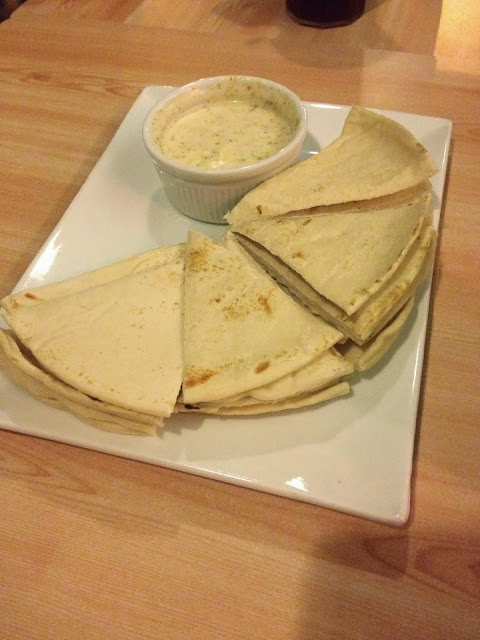 Another dip we got was the garlic curry dip (70Php). We all loved this dip because it was more flavorful and better (cheaper too) than the hummus version.
Most of us just re-ordered what the other ordered. These are the other stuff we got. 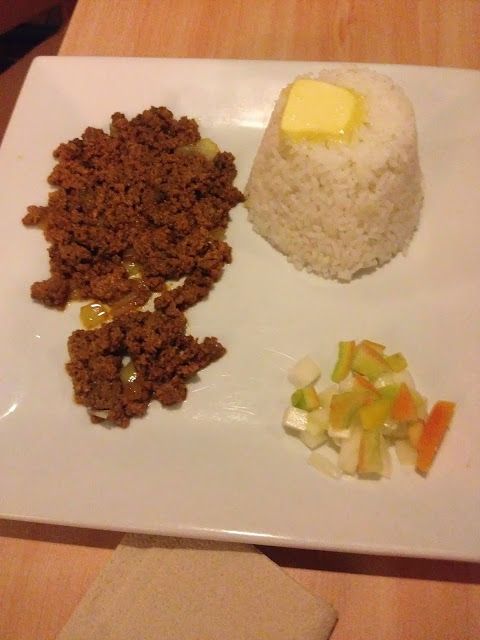 Ms. A got the beef keema meal (100Php). She said it was "okay lang". I guess Mister Kebab is better. 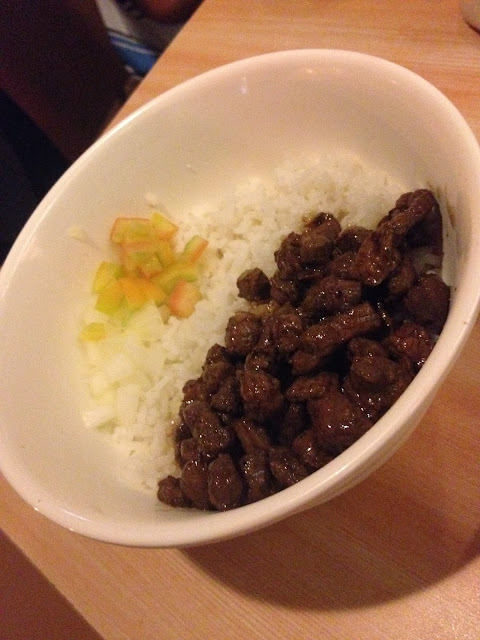 Some of my other co-workers got the beef shawarma rice (90Php). Mr. A said it was also okay. One funny story that I will not forget was that he added a lot of hot sauce thinking it was some normal sauce. Unlucky for him, it wasn't! He was red all over.
Thankfully, he had unlimited red iced tea (45Php). For the price, it was sulit. It wasn't watered down and they kept the refills coming. 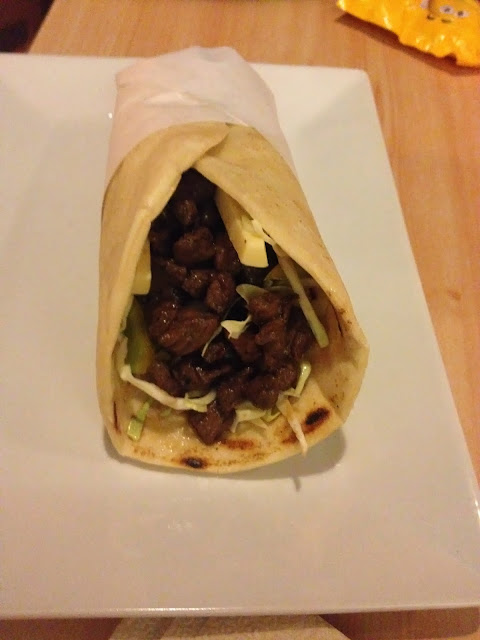 The rest of us got their shawarma wrap with cheese (100Php). It was really messy to eat. The sauce would drip down and I ended up eating it with a fork. LOL! Conyo no? LOL. The beef lacked flavor. The marinade wasn't ideal for the beef. It tasted plain soy sauce. The yogurt garlic (white) sauce that supposedly would be the savor of any shawarma actually was a turn off.
It wasn't flavorful and it was also watered down. I guess they only used cream and a little amount of spices.

If in the middle of the night and is too tired to go to Tri Mo Shawarma (here) or Mister Kebab, this would be the ONLY alternative you could go to especially if you are in McKinley Area. The place offers affordable food and drinks compared to other places. I guess this is more of a watering hole as the beer costs around 45Php. Way way way below the usual 60-70Php per bottle in the area.

The service is great. It is better than some of the upscale and more expensive restaurants I have been in (READ: WILDFLOUR). The servers would gamely oblige with our requests and would even smile while doing them. I guess these were the only things that made the meal bearable. The service and the friends I was with. Budget around 150Php per person. 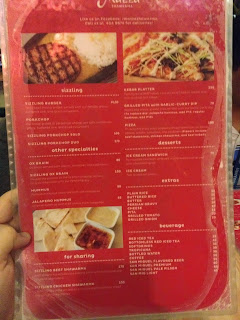 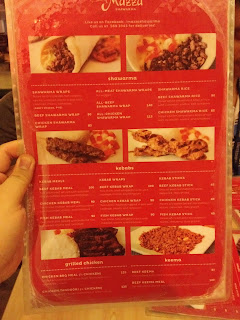