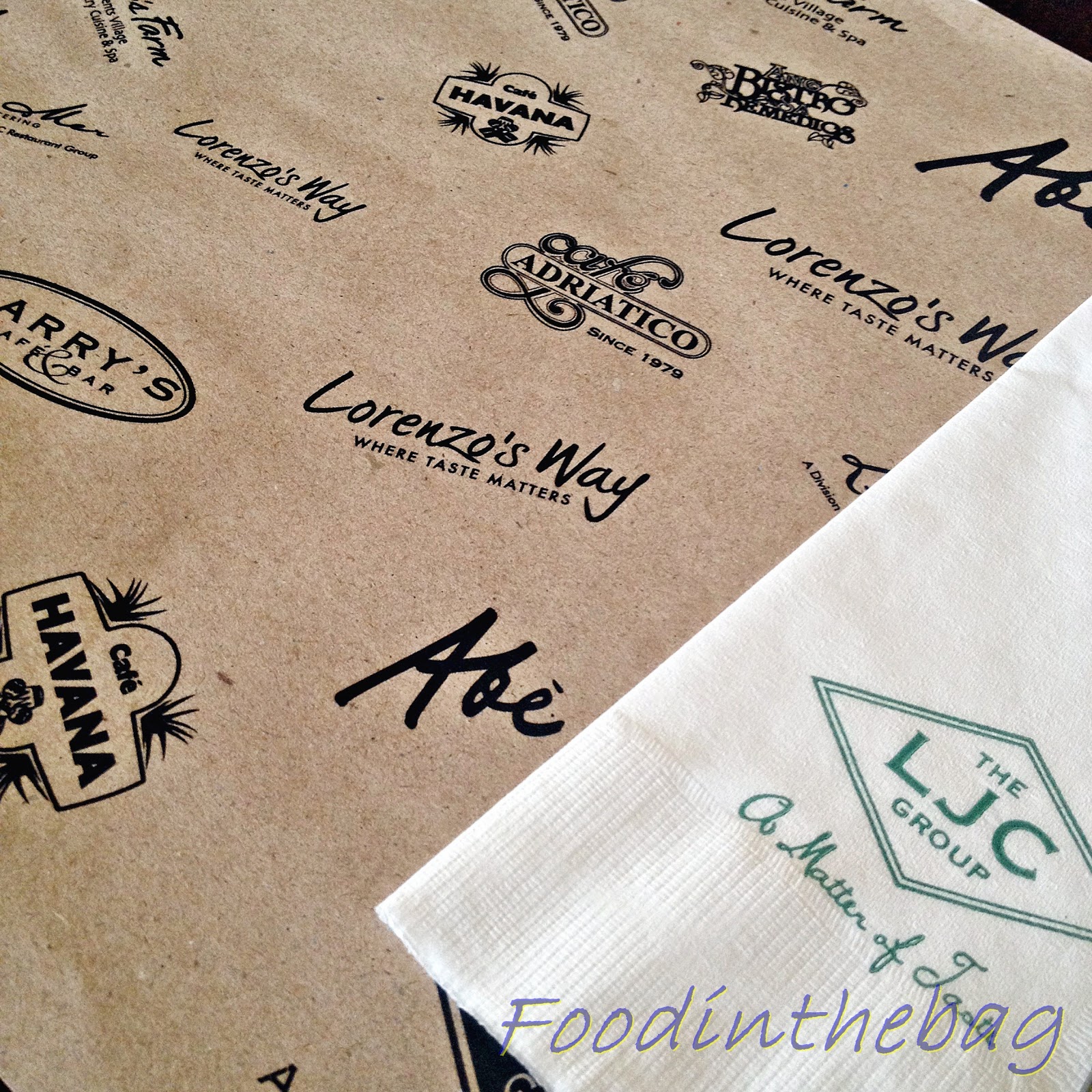 Because a friend wanted to checkout a Filipino Resto worthy of bringing visitors from another country, we trooped to Abe. 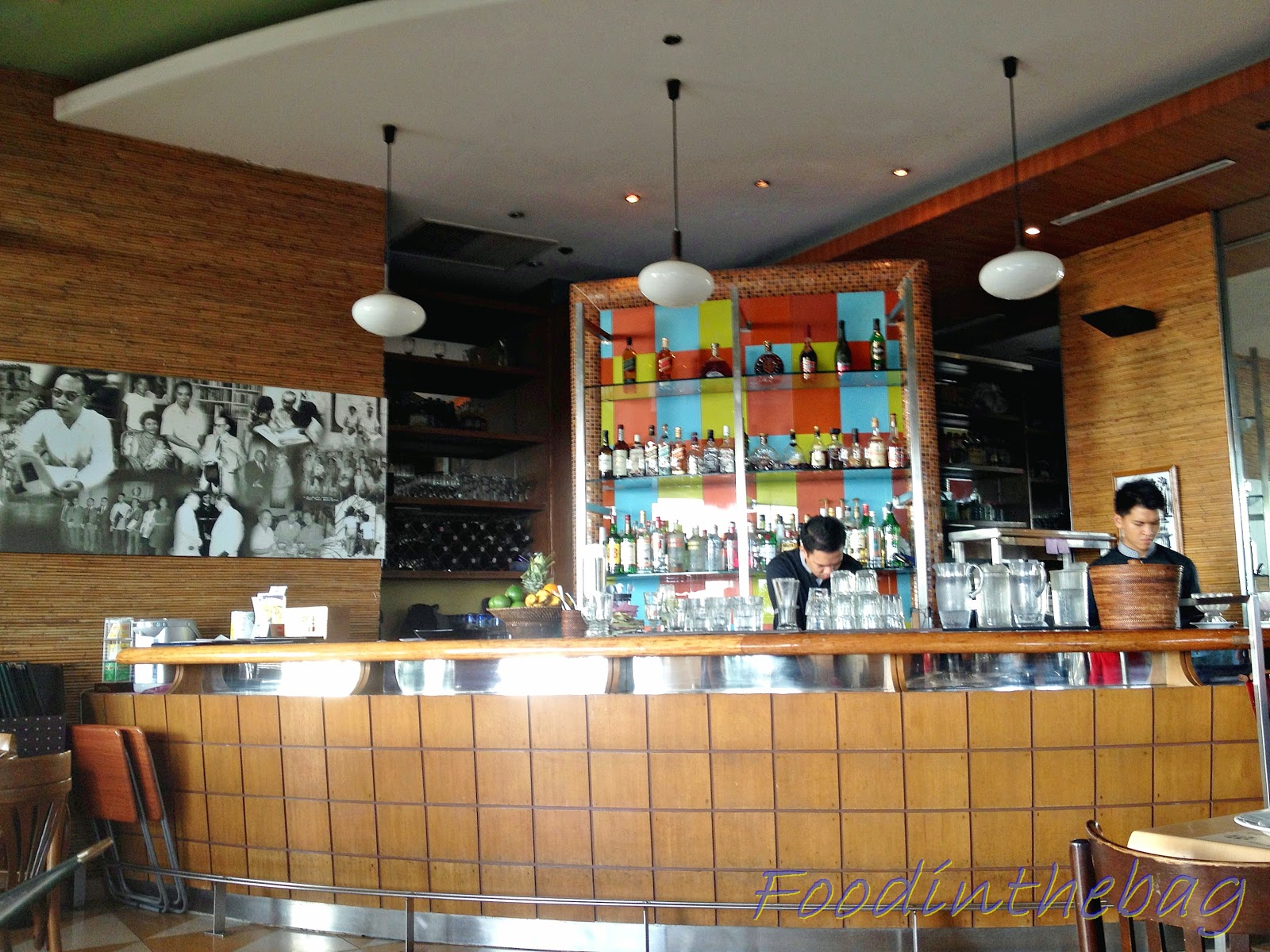 We were greeted by a bar when we entered this resto on the 2nd floor of the Mall of Asia. It was facing the sunset and it had al fresco dining. If that wasn't enough, the other side is LJC's Cafe Adriatico. 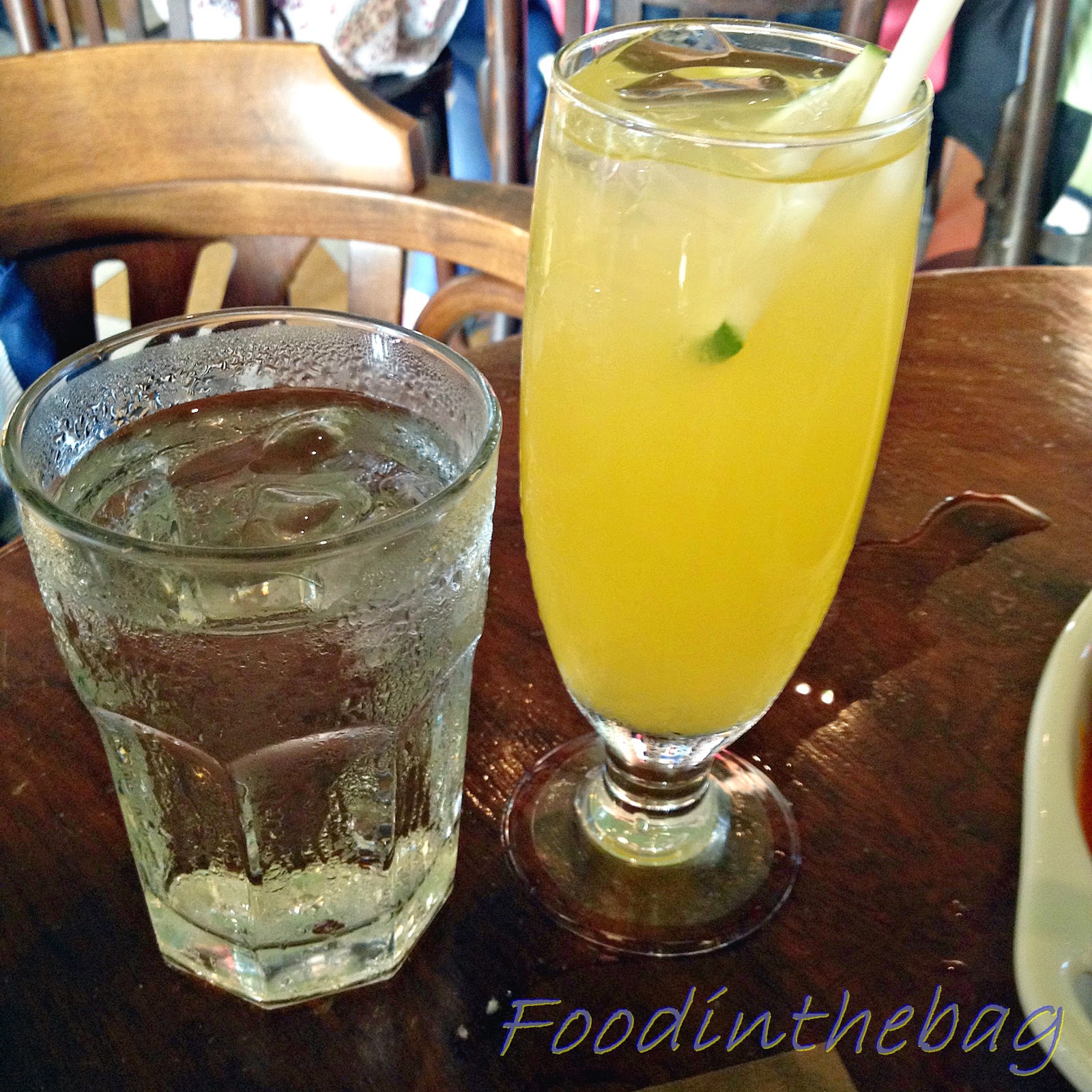 It tasted something too commercial. One thing I would ask them for would be to serve drinks with coasters.
Since they opt to serve the food all at the same time, it took awhile for them to arrive. Hence the flood on the table. 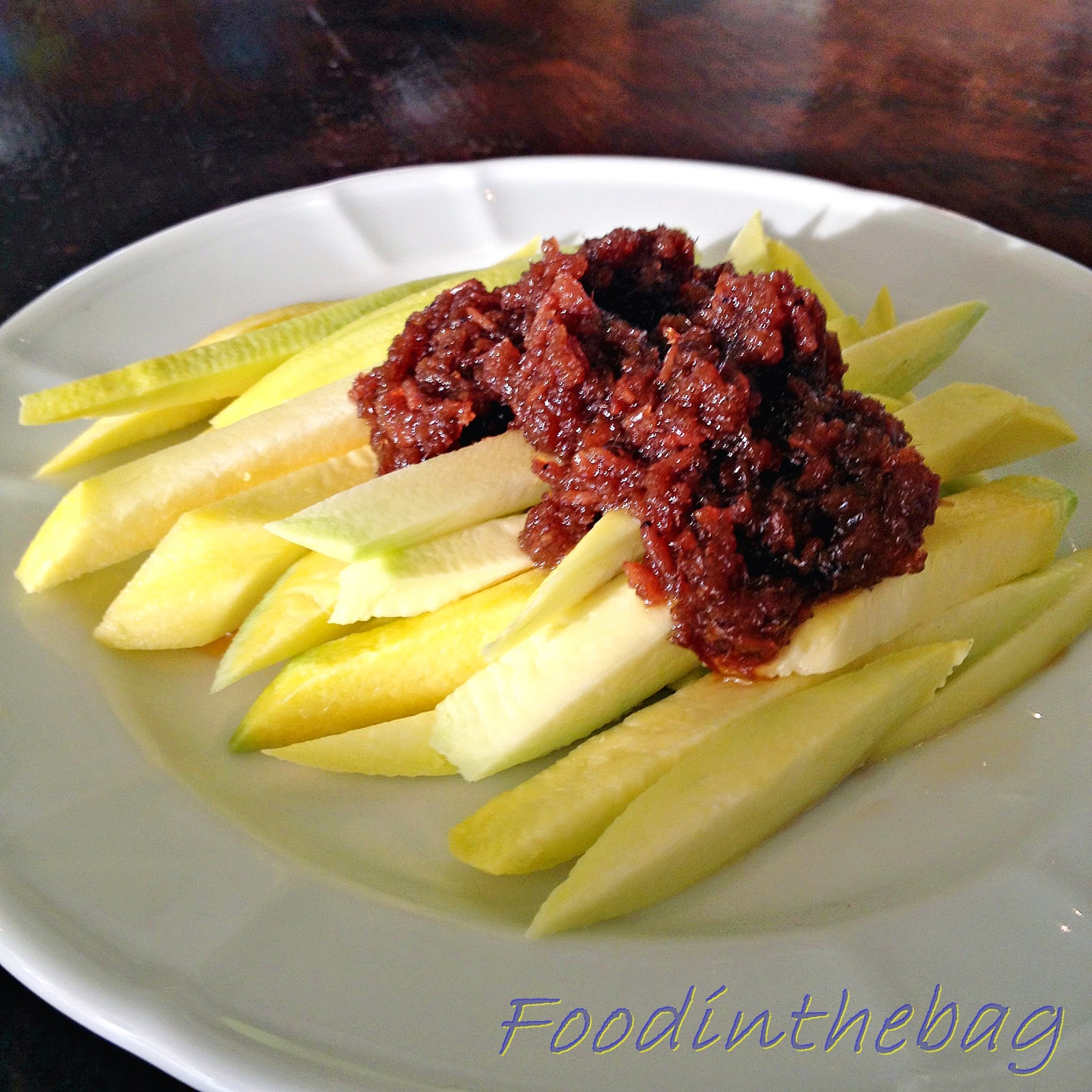 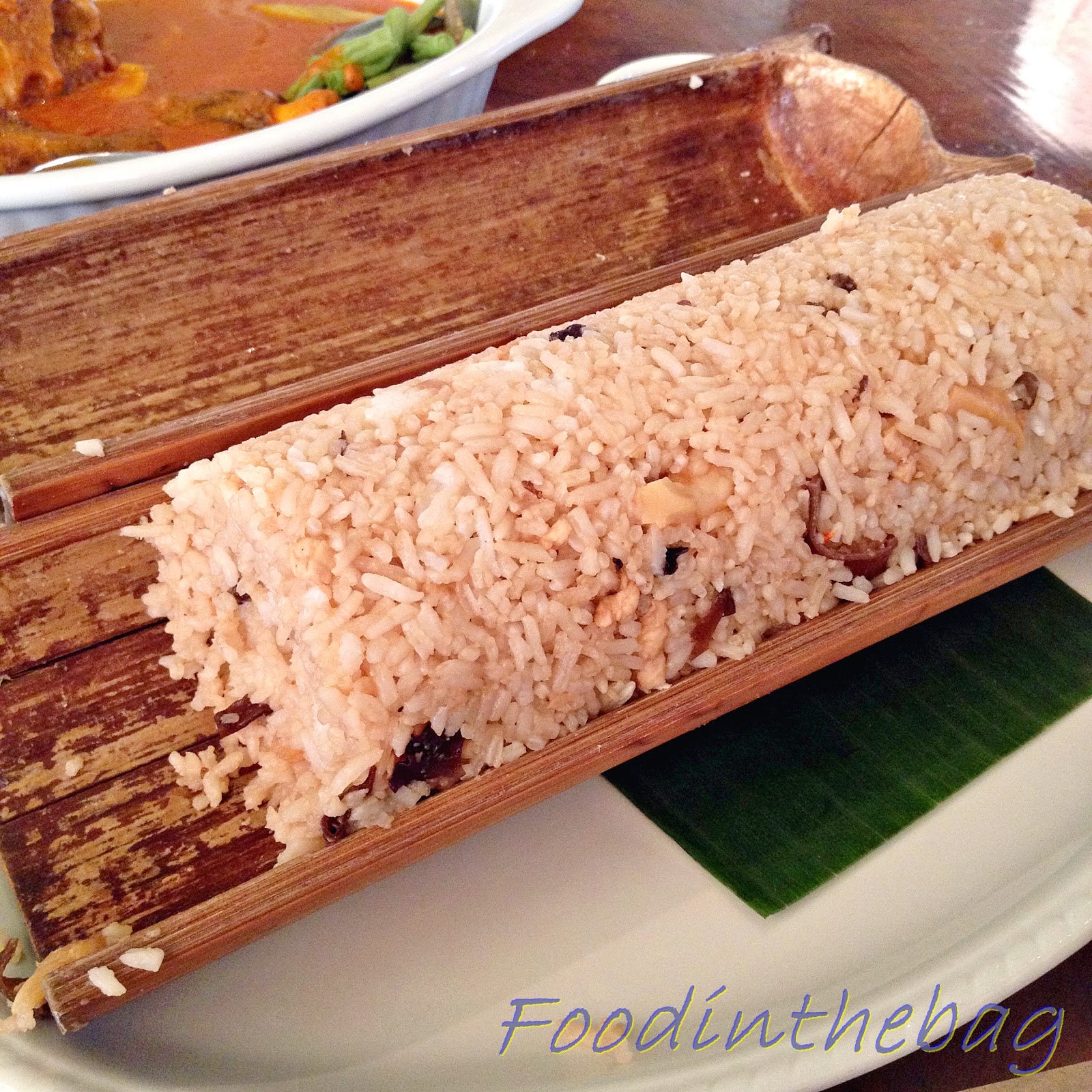 A specialty in Pamgpanga, would be rice cooked in a bamboo. The Bamboo Rice (250Php) was a beauty. Tidbits of different kinds of meat infused the rice with flavors that as one would say good enough to eat on its own. 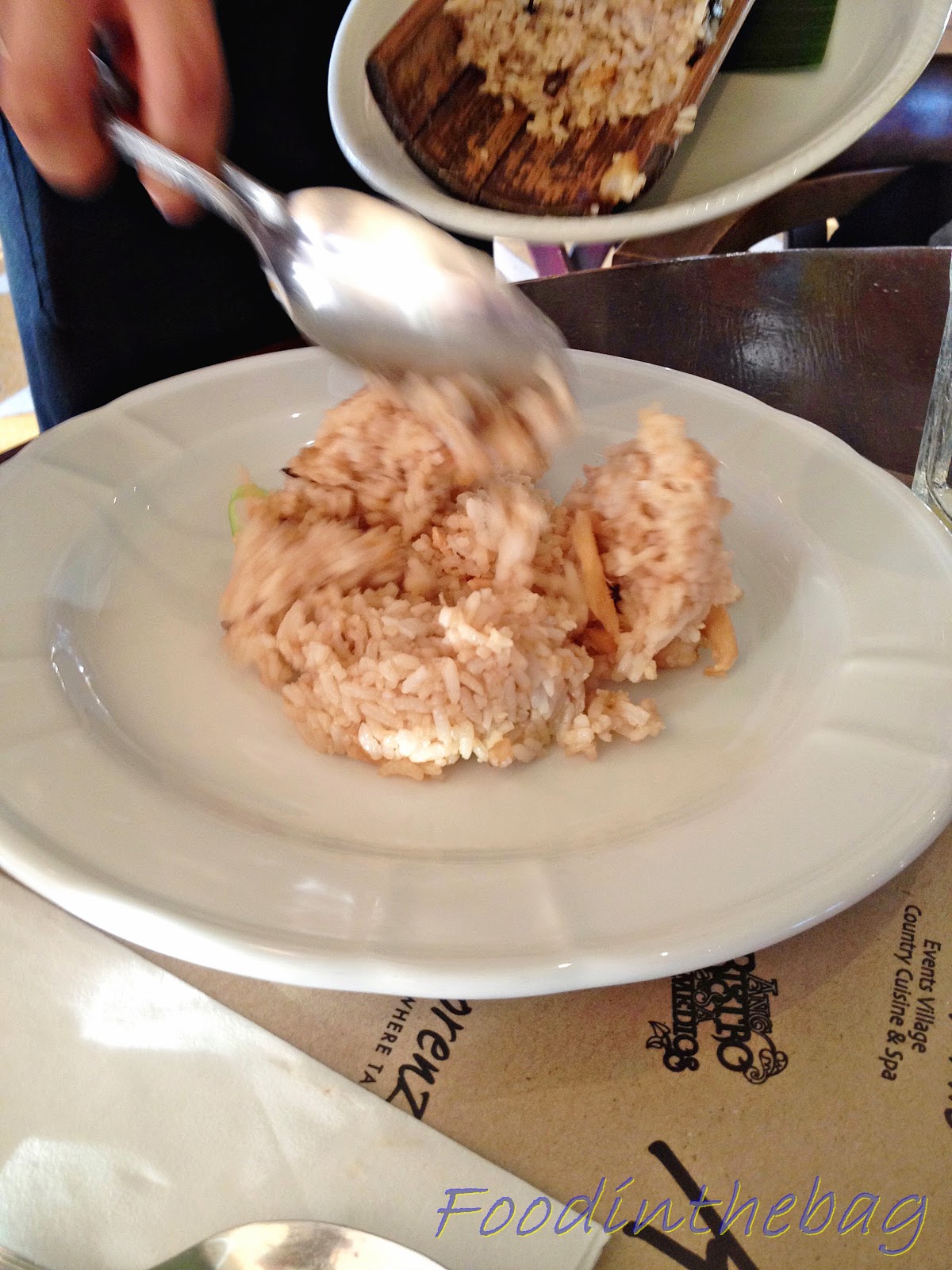 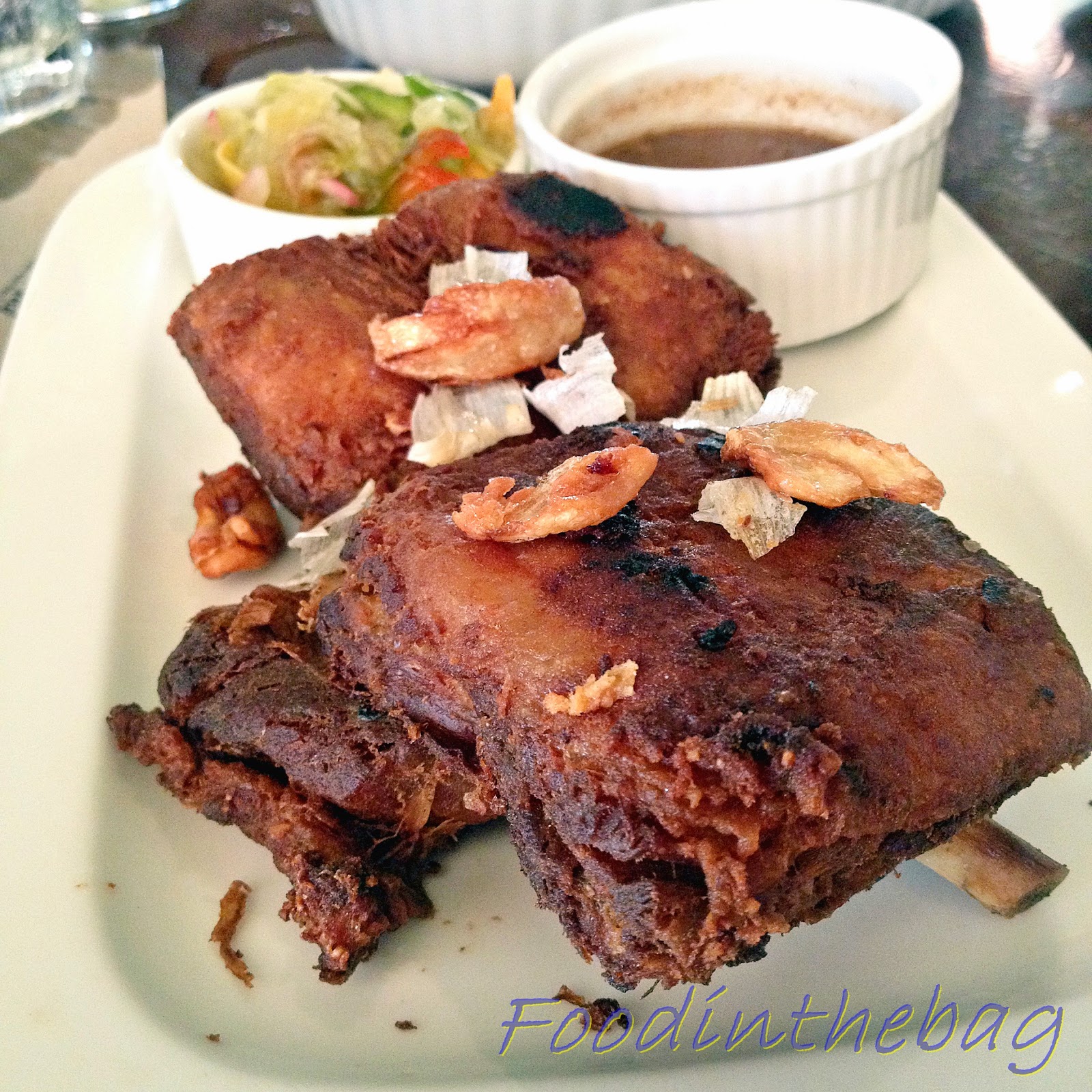 The outer part looks burnt and you would think the inside is as well. But when I cut it out, the meat was perfectly cooked and seasoned and it was soft and epic.

Since we didn't have any soup, we just had an order of Klasik Kare-Kare (595Php). 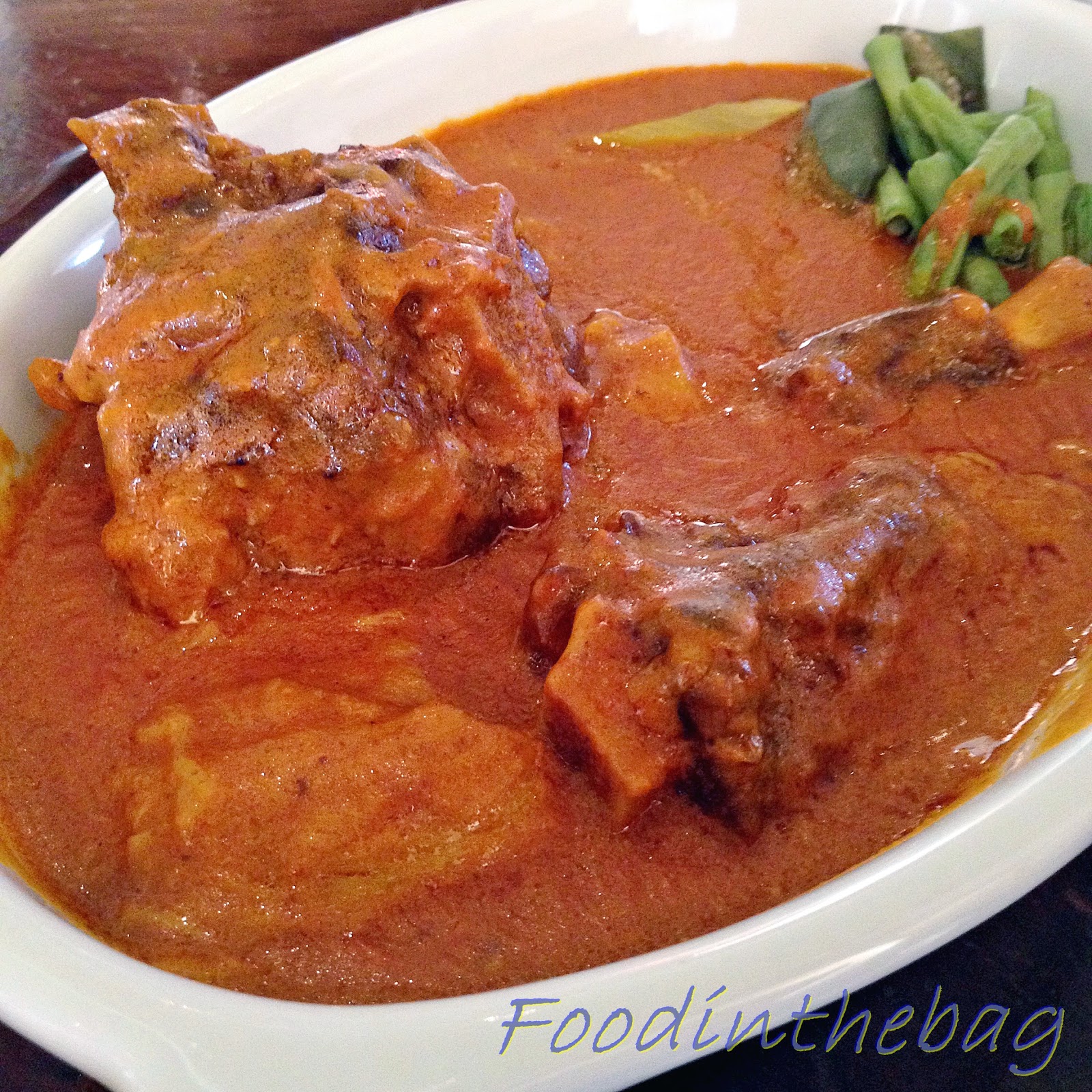 I guess the kare kare was okay. It was good for 2-3 persons.


Since I wanted to end the meal with a happy note, we opted for the Claude's Dream (130Php). 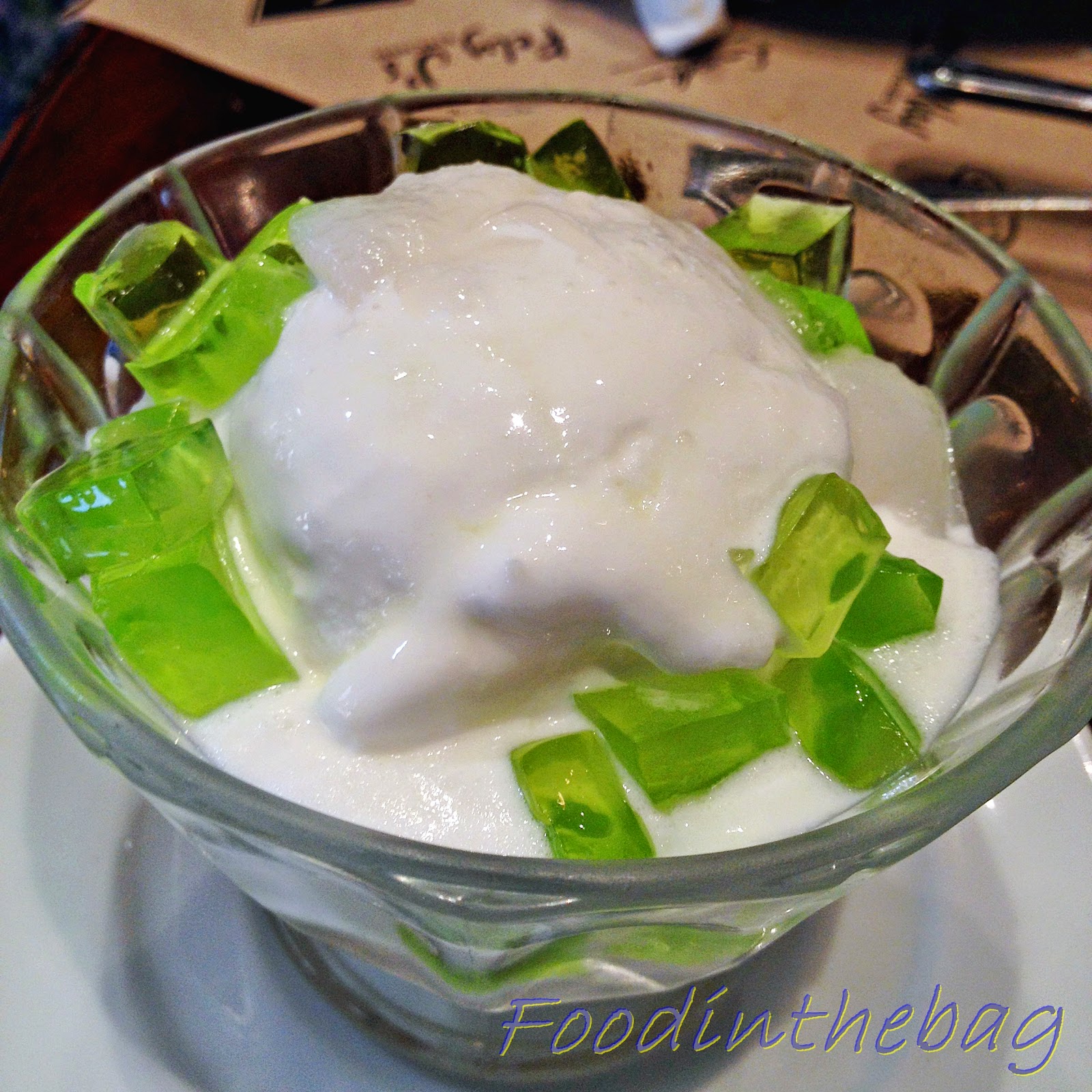 Its vanilla ice cream with macapuno or sweet coconut and some pandan flavored gelo. It was loved.

One thing that I don't remember writing about is that I am Half-Kapangpangan. Meaning to say, I was brought up with lots and lots of epic grandma style cooking so I am a bit choosy and picky when it comes to the stuff I eat especially if they are from Pampanga. If its great, awesome! If not I am not coming back. Since Abe is a Kapangpangan themed and owned restaurant, I had high hopes for it ever since.

Although I swore off not eating in Abe (long story= SERIOUSLY, bad service at their Trinoma branch and I had to apologize to my guests because of it and yes we ate our dessert at a different restaurant... that bad), years had passed and I tried them once again hoping that it would change.

Unfortunately, I am torn with how we were served. Good side would be that the food is awesome. I liked the way it tasted and cooked. Negative side were a bit too much to tip the balance. I had ordered something from the menu, yet it didn't arrive. I followed up and the wait staff didn't order it up, so I just cancelled it. Misunderstanding? Okay, Fine. The food came after a long wait. Understandable. It was kind of hard getting the attention of the wait staff before and during the meal. Although we came at a non-peak hour in the afternoon and the resto was around 50% full, I think the staff were acting like busy bodies (AIDS= as if doing something). These and more. Maybe, the only best way to taste Abe is to have the food as to go as I believe the food is great but the service is a let down. Sad. Did I mention the price? Budget around 900Php per person. Yes that much. I am willing to pay for it but as long as its worth it. 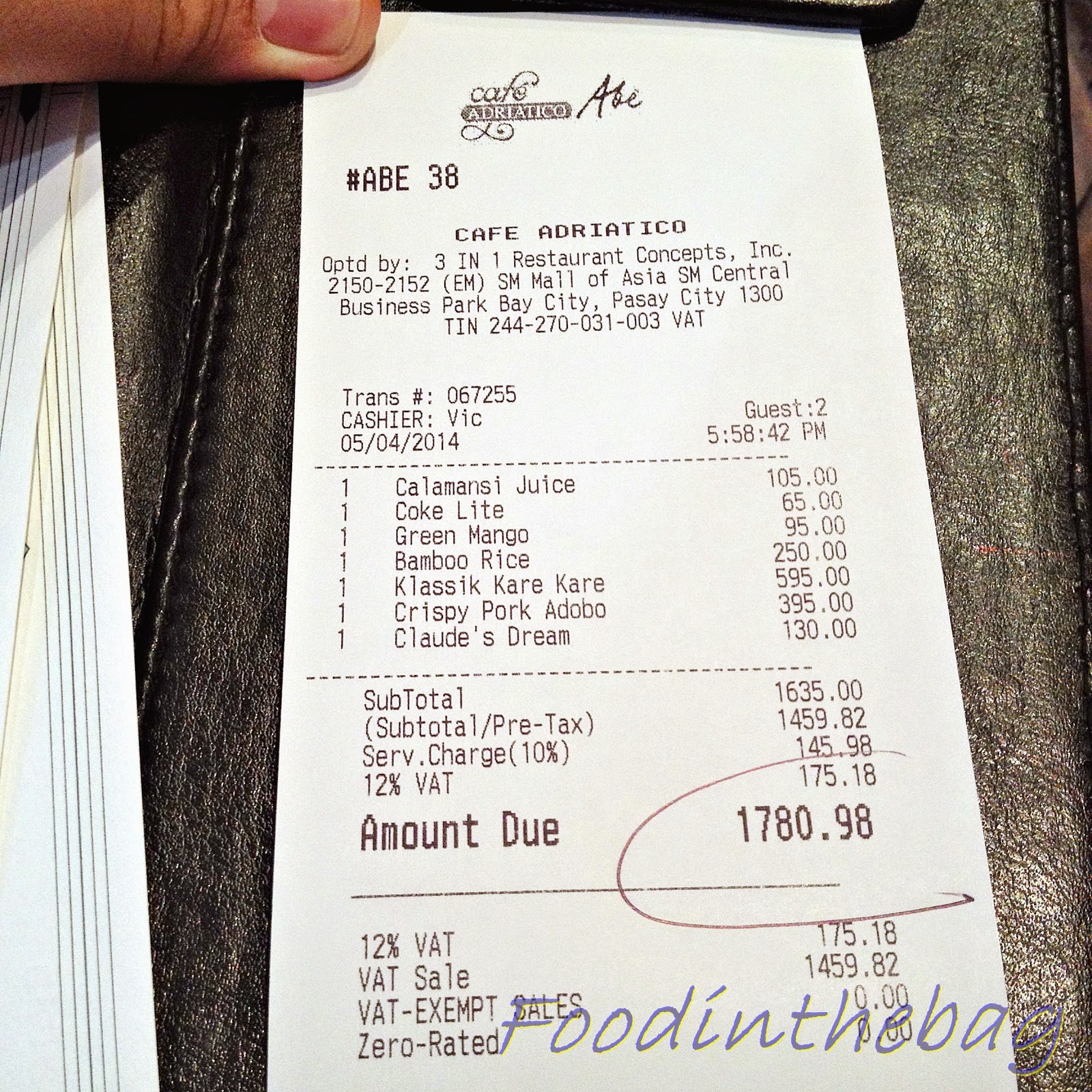 Disclaimer: Used a GC, which I received from a different party, to pay for half of the meal and cash with the rest. Wrote this based on my opinion and experience. I wasn't asked to write this post.