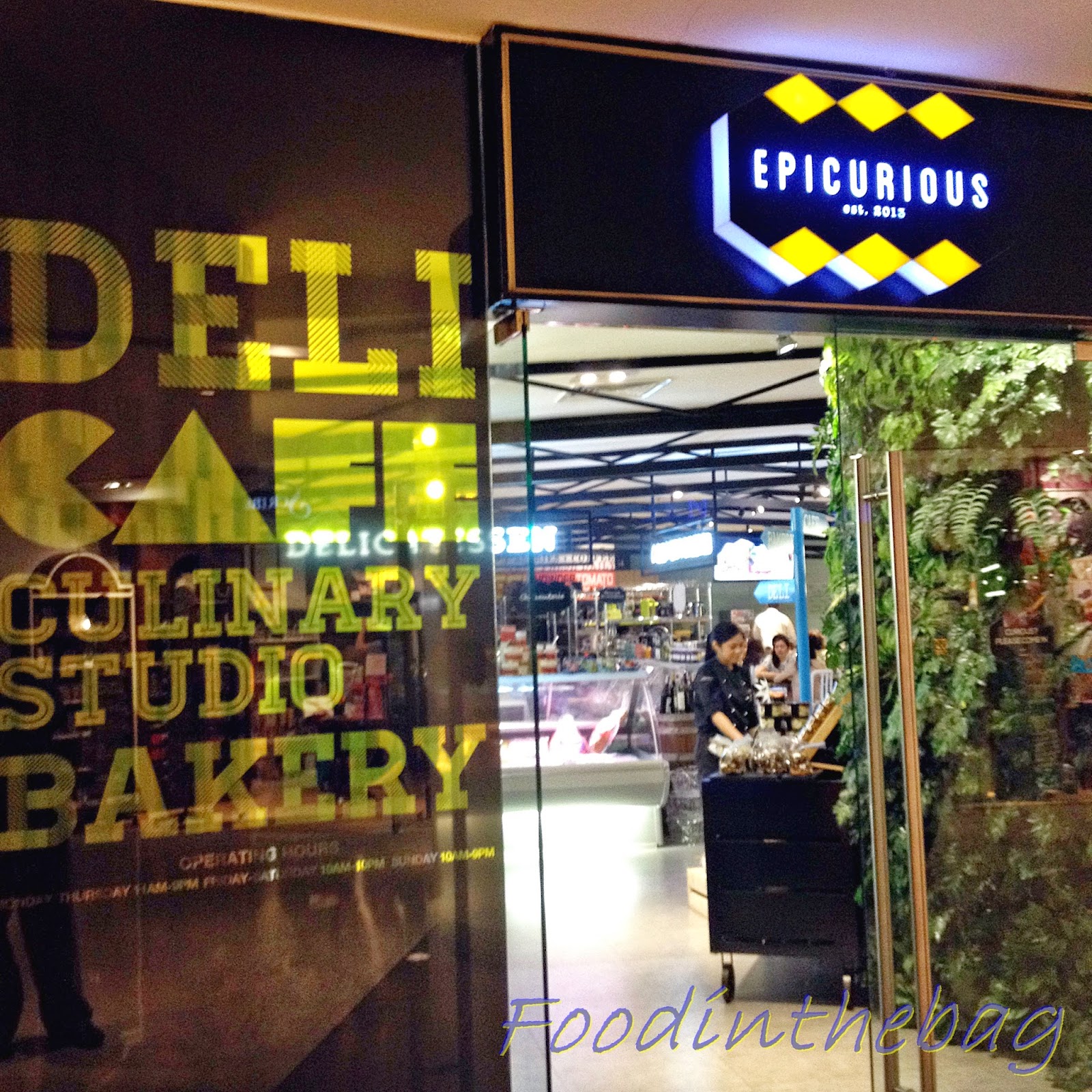 I got curious so after the Spider Man Movie, my family and I tried this deli-resto place. 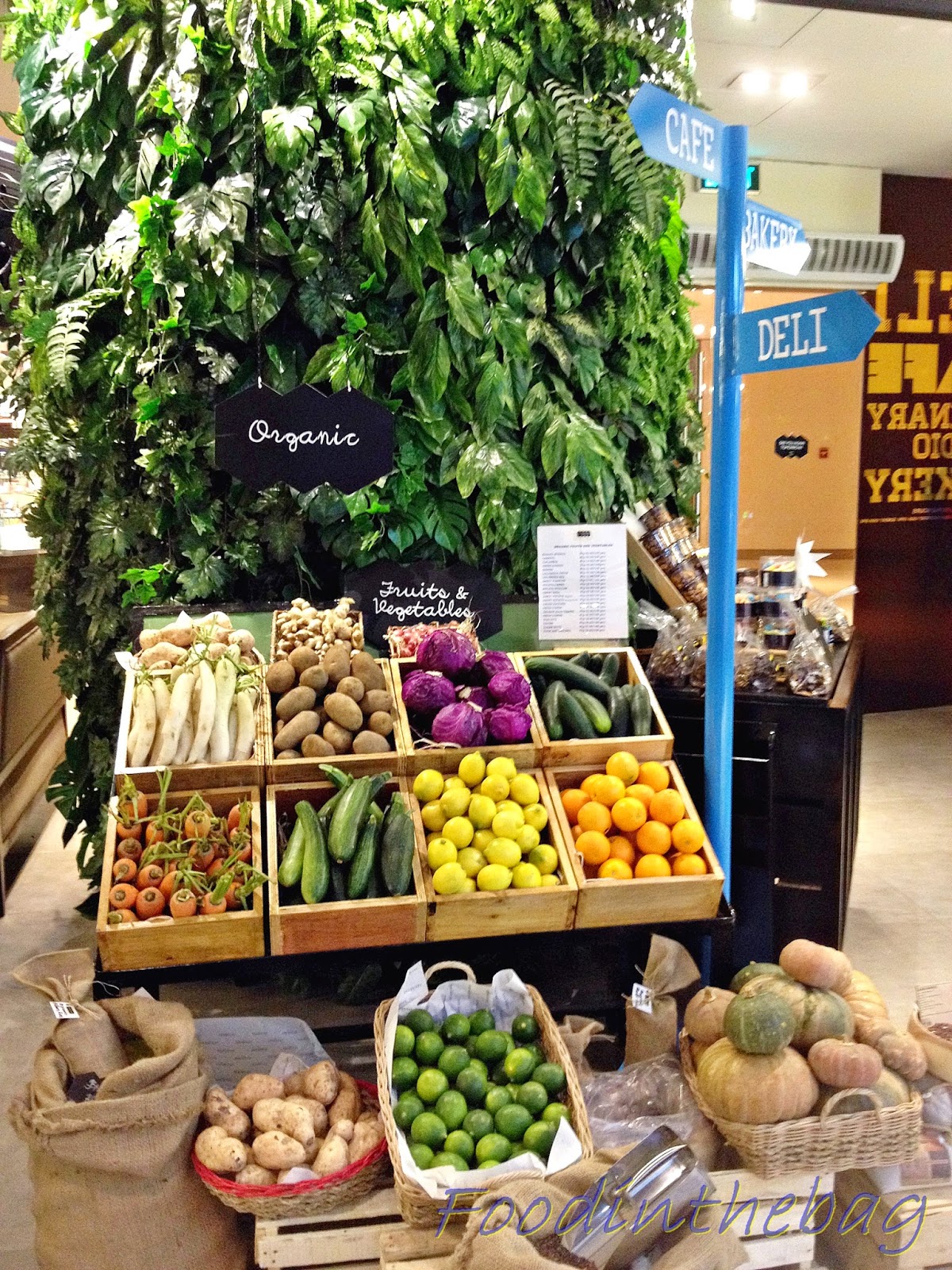 My heartbeat was racing when I saw all the goodies inside. From this and that to cheese,
to meat, 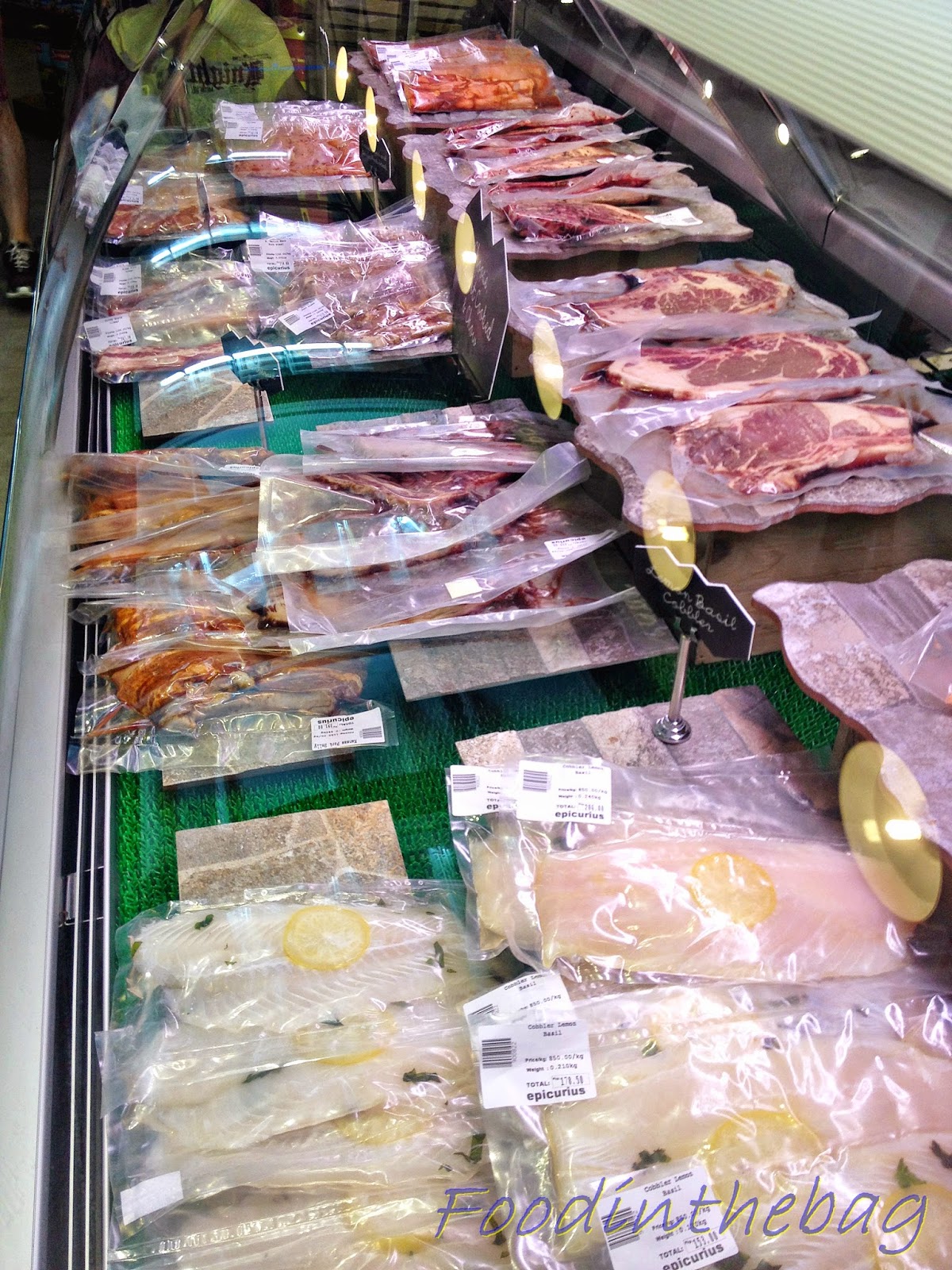 to wines and what not. 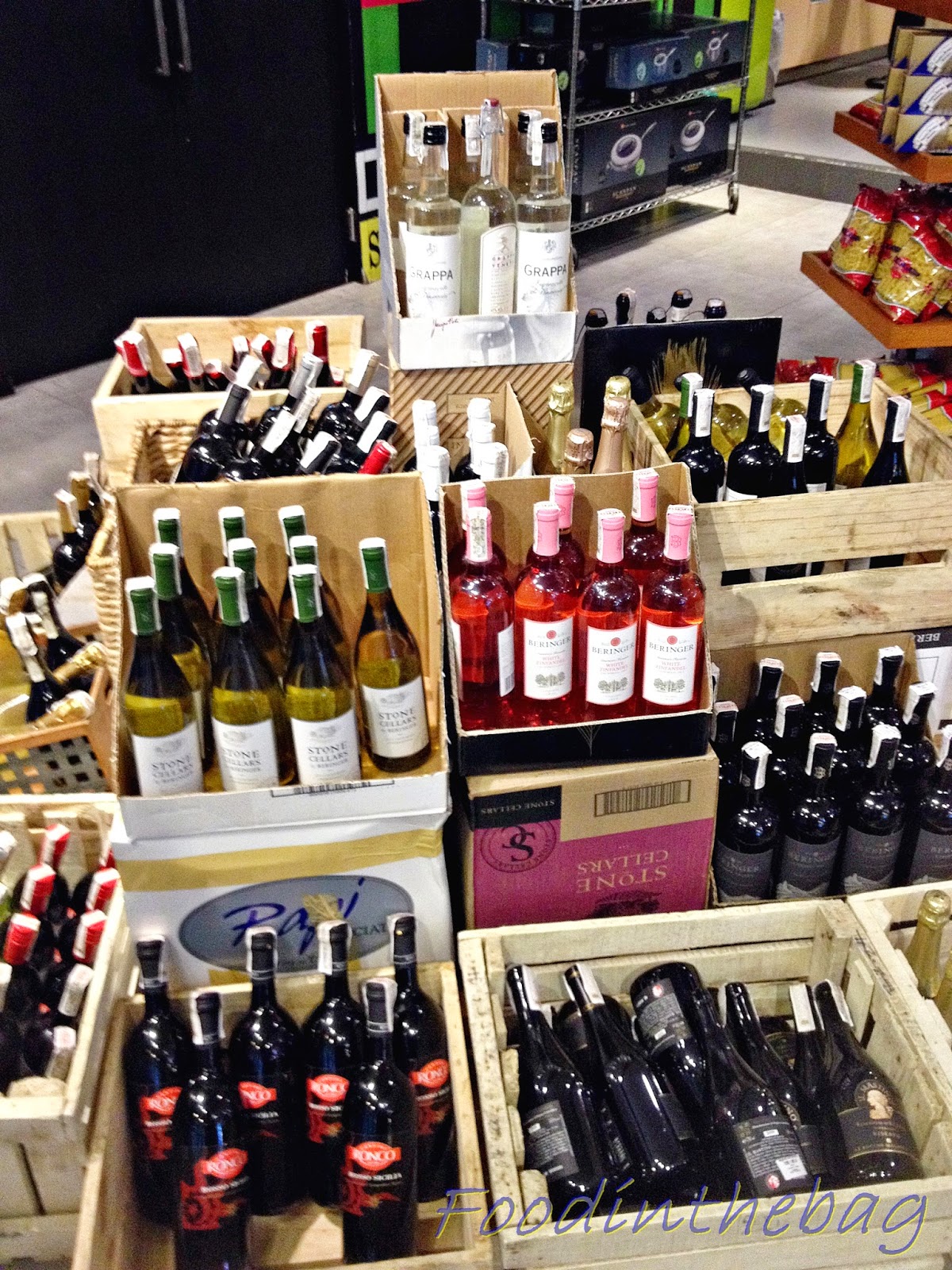 This deli is also a restaurant in itself as you could order food from their offerings.
What you do is go up to their counters and order what you liked. From sandwiches 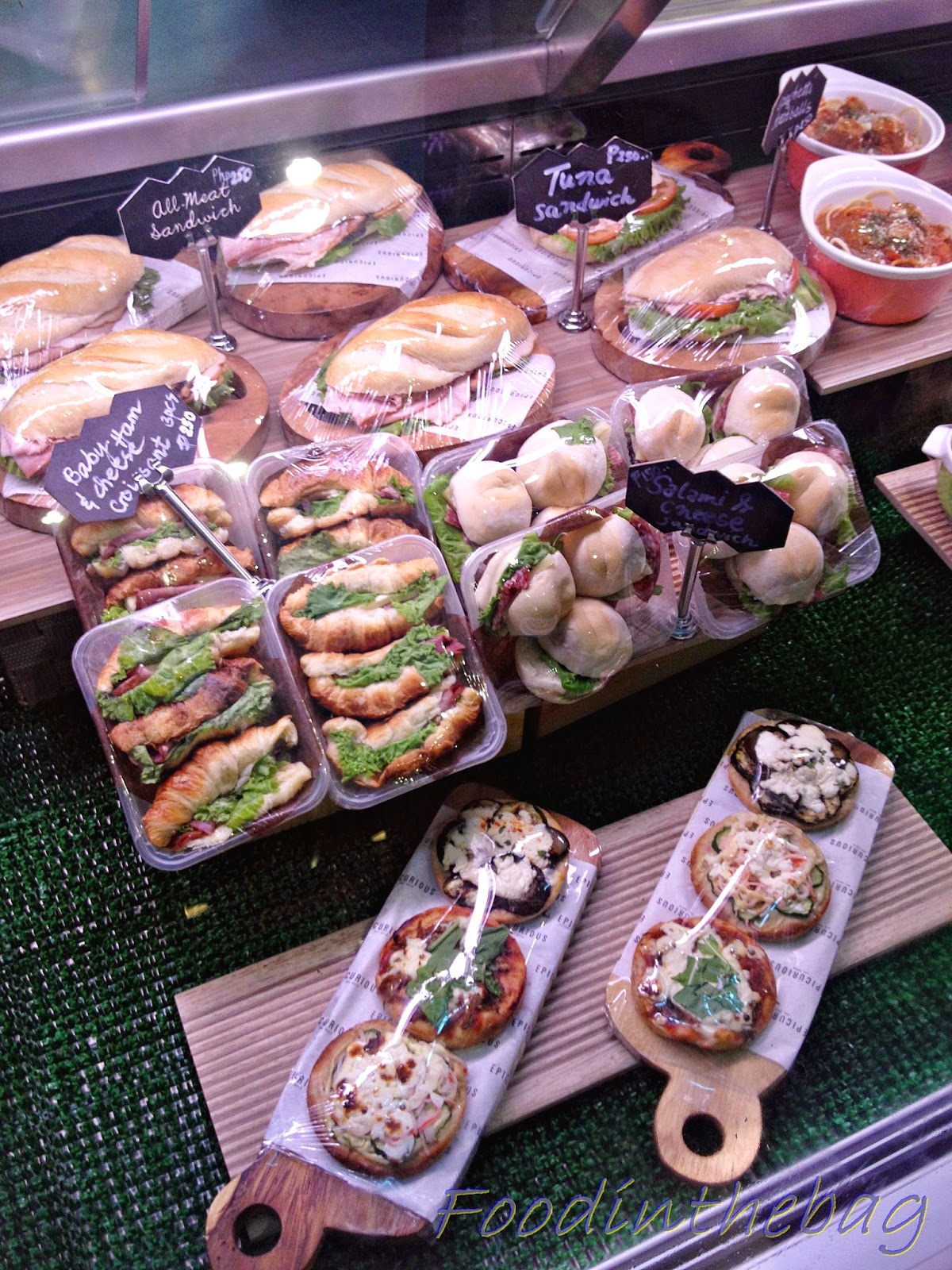 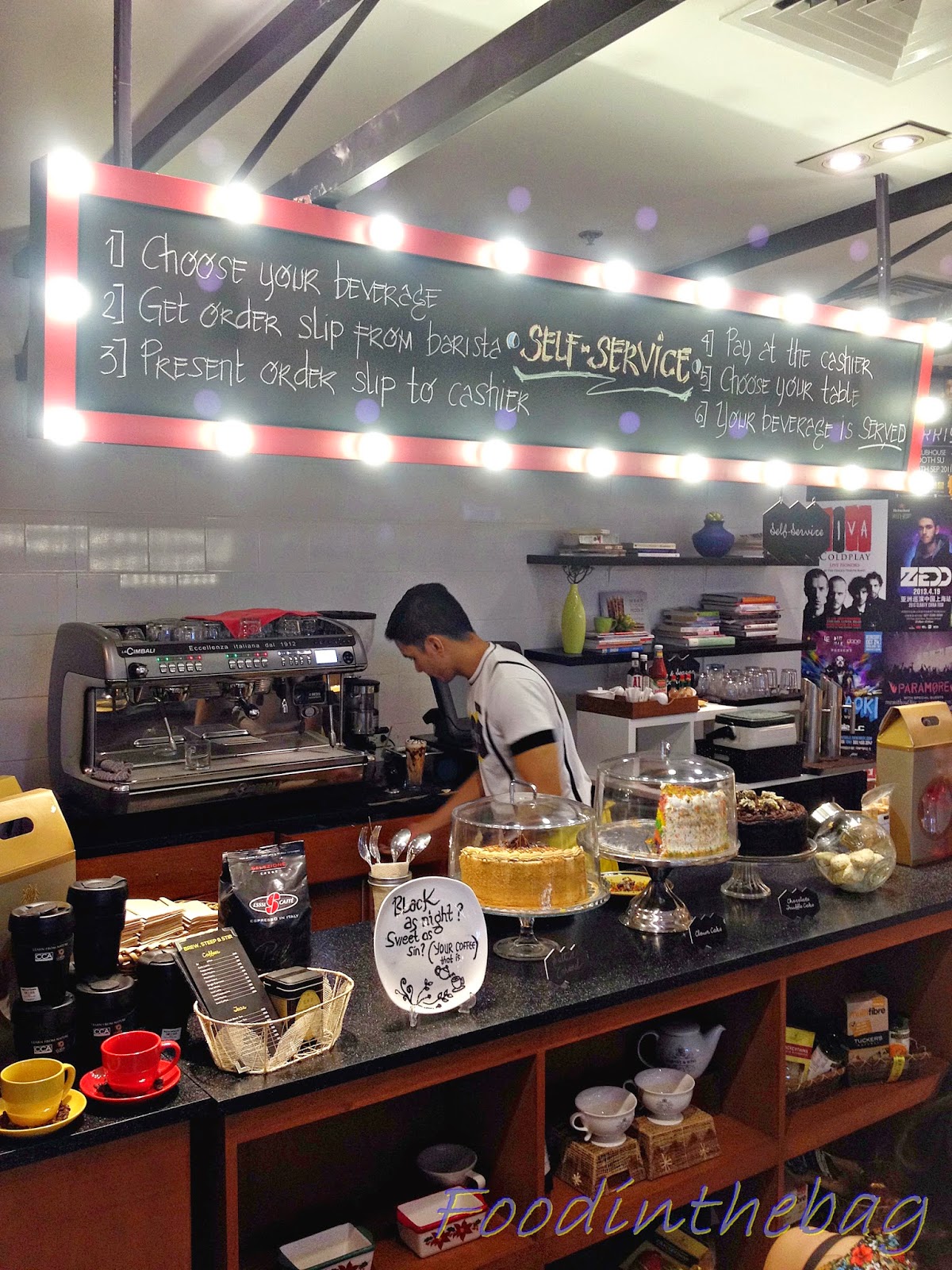 to drinks and dessert.
Then you pay at the cashier. 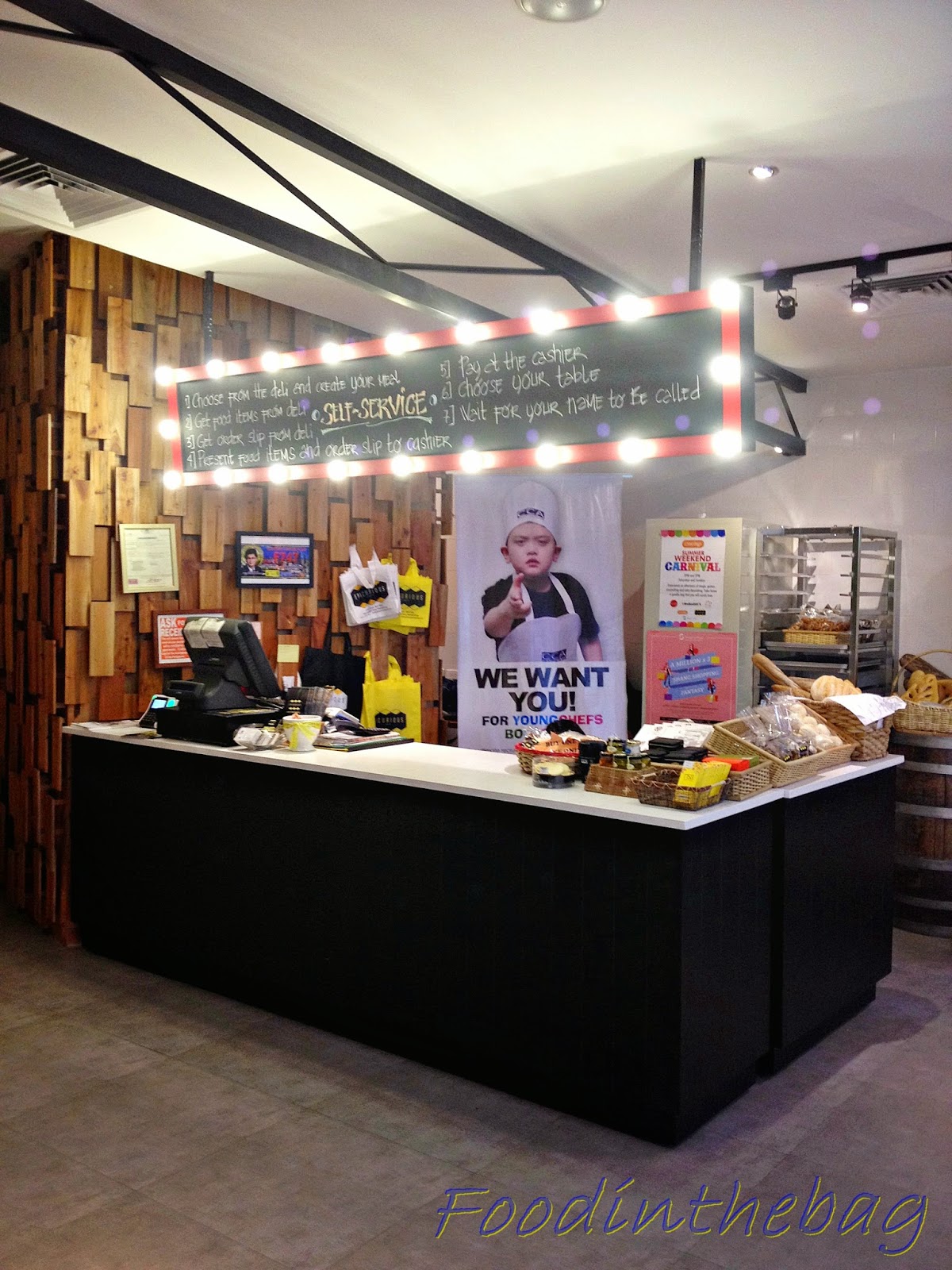 While moving around and taking pictures, I accidentally bump a few glasses and Boom .. 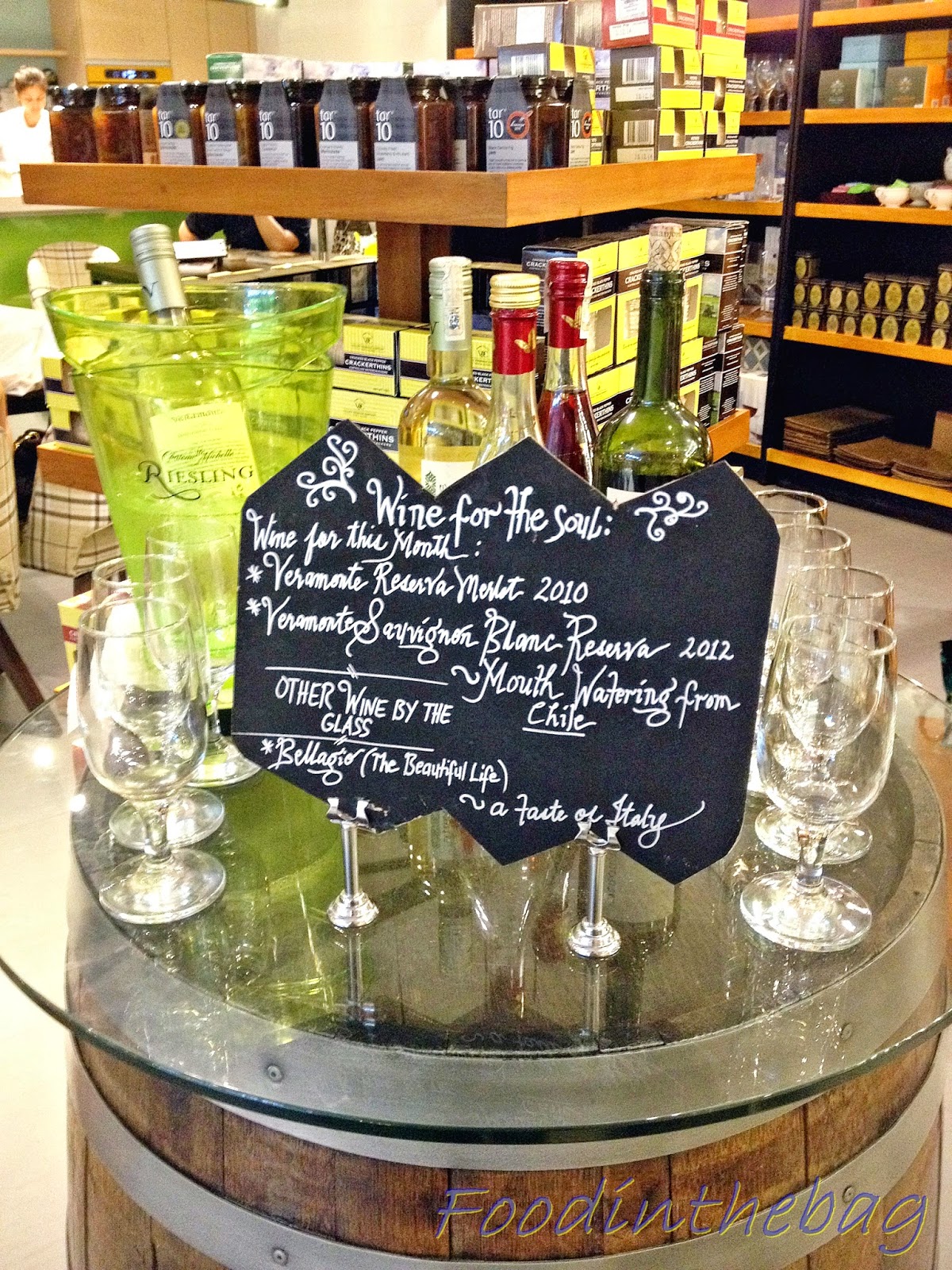 They fell tumbling down. So just a note, be careful or better yet don't try take photos and back up for that perfect angle shot LOL!


I guess that is as much excitement that one could get that day!
For drinks, they offered a lot of no preservative juices and even some detox too. 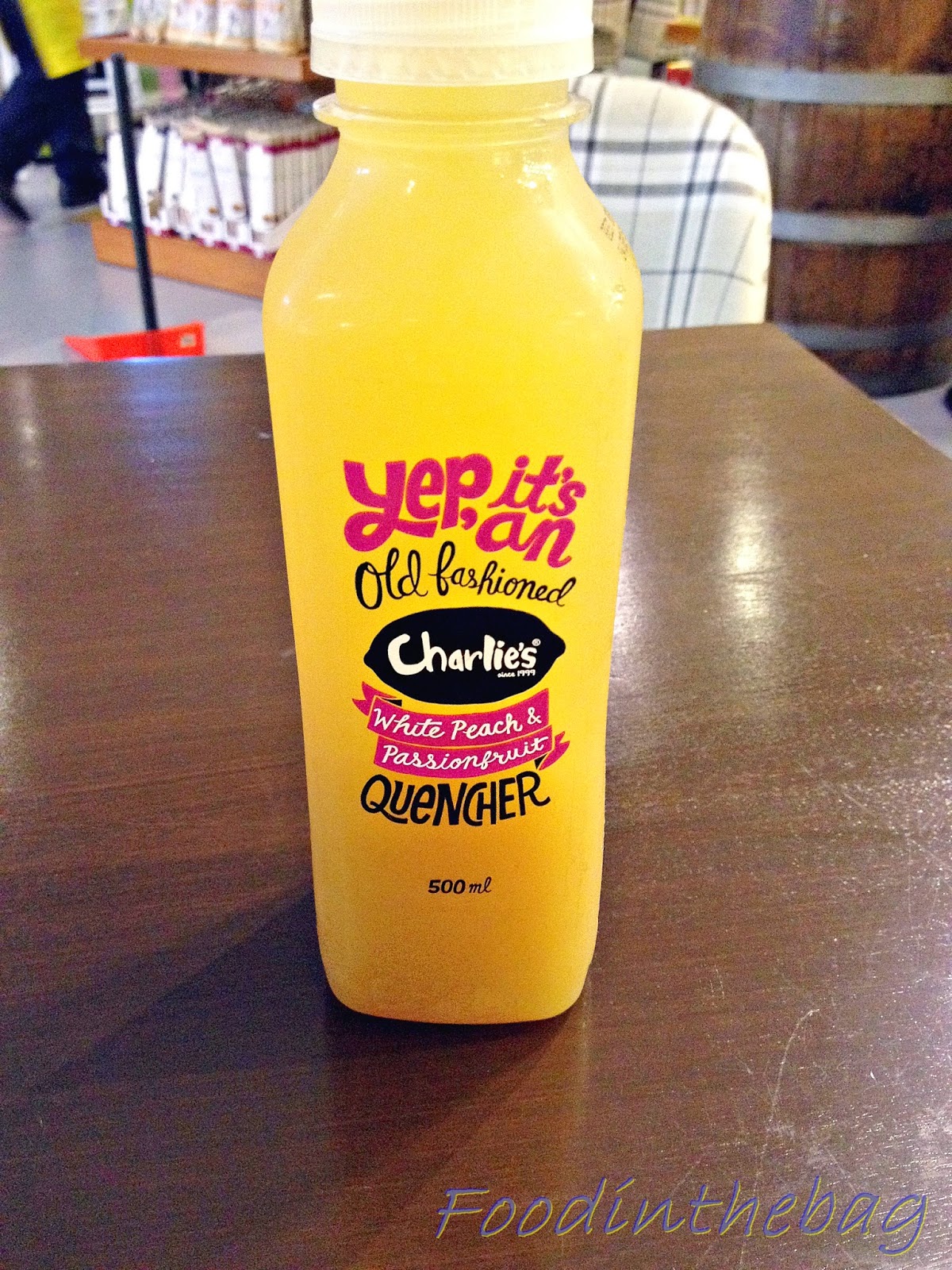 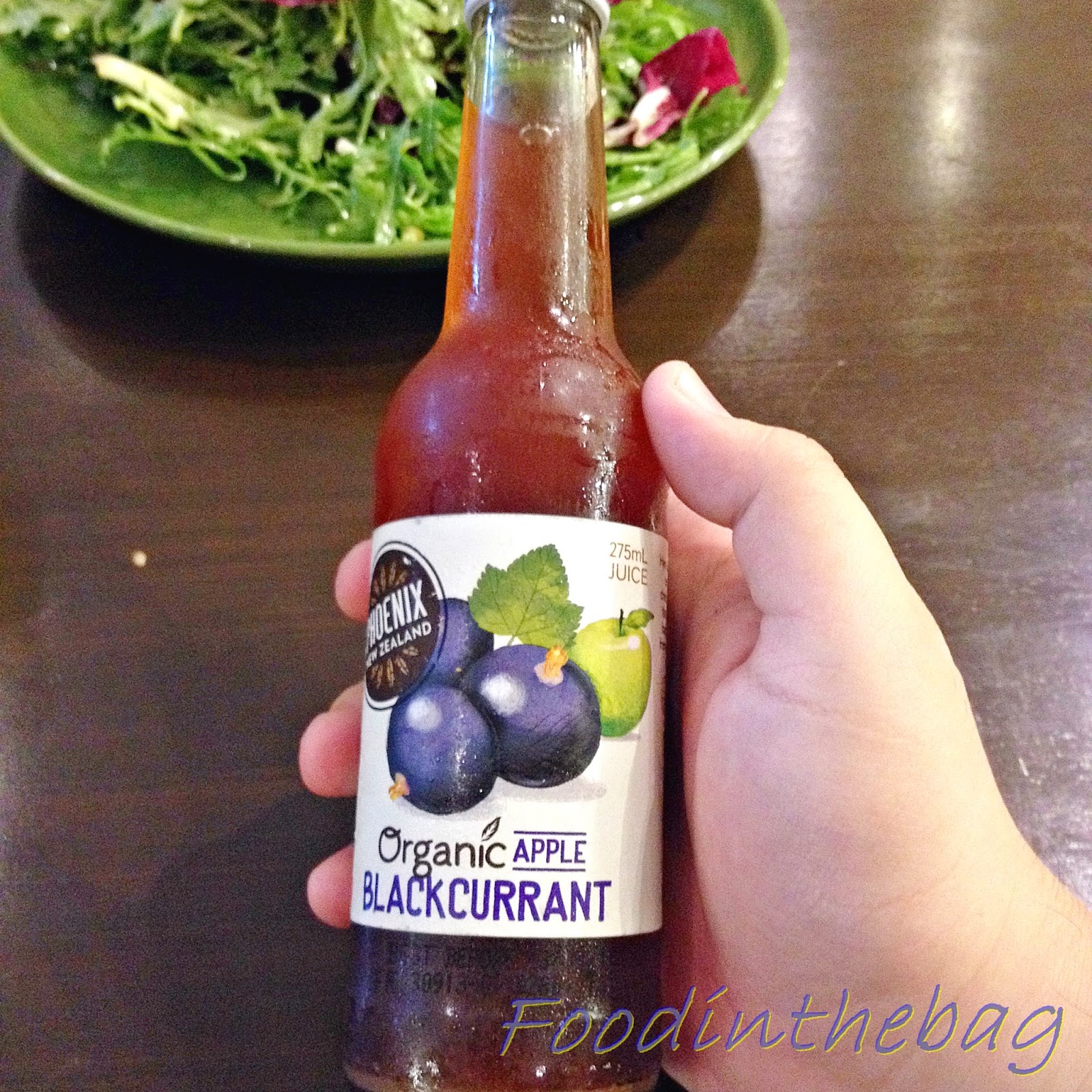 The drinks were a bit expensive at 110-180 Php. Better to skip them instead and just go for water LOL!.
To start things up, you could order some salad. 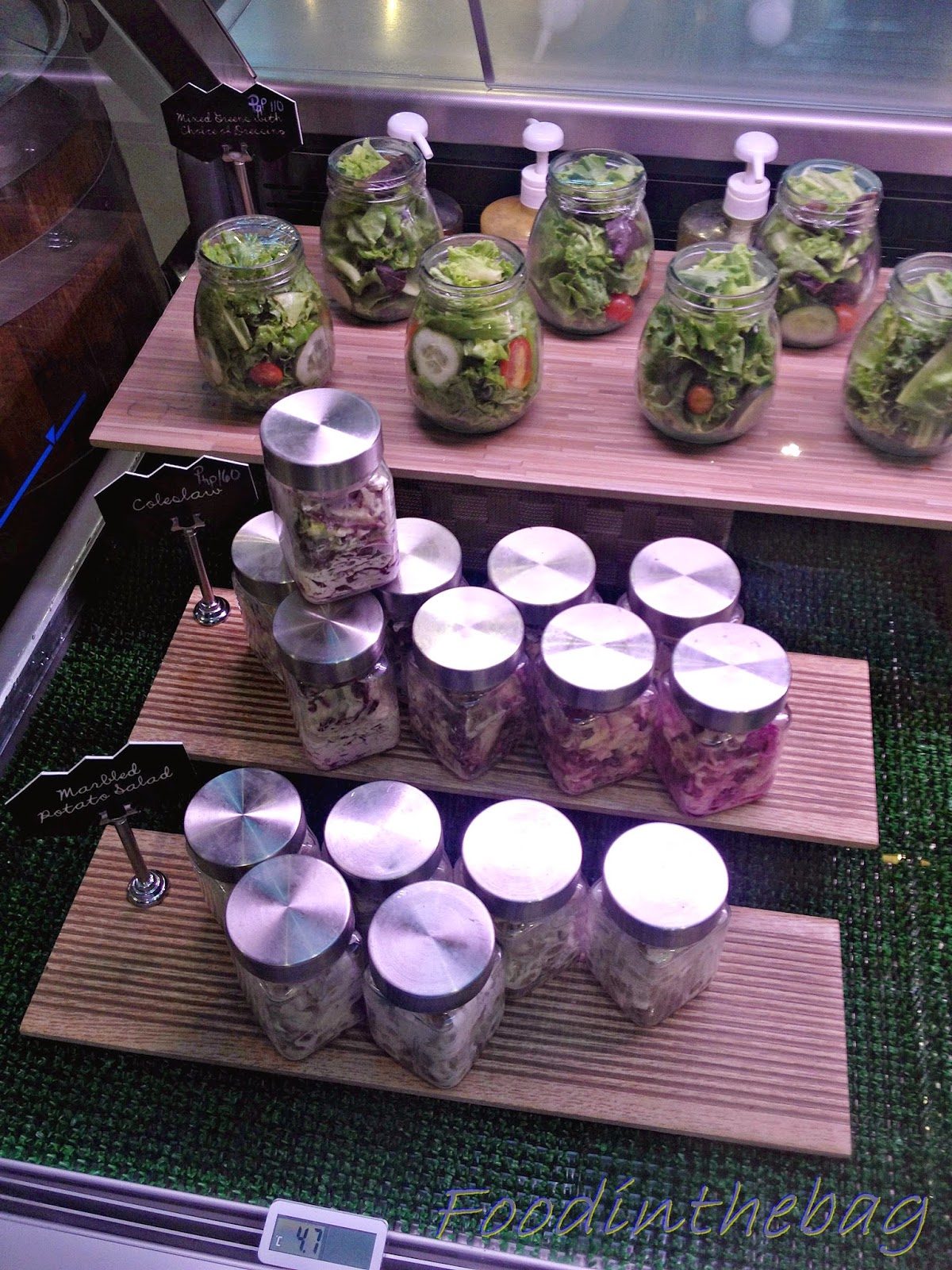 My mom picked some fresh greens. The lettuce Italian Mix (200+30 for dressing Php) 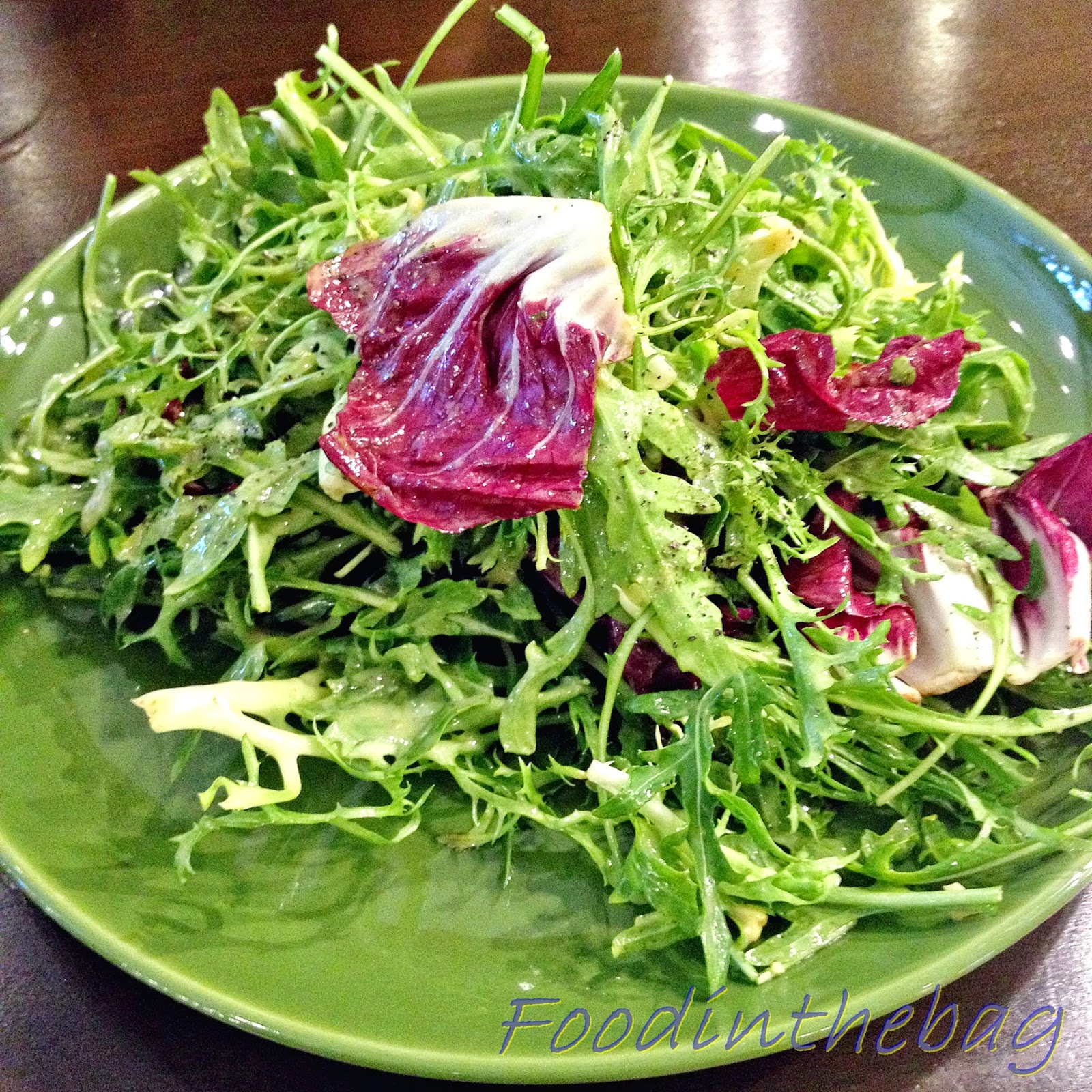 This was the best dish we had during that light snack. Fresh and cool.
My brother had the spag meatballs (250Php). 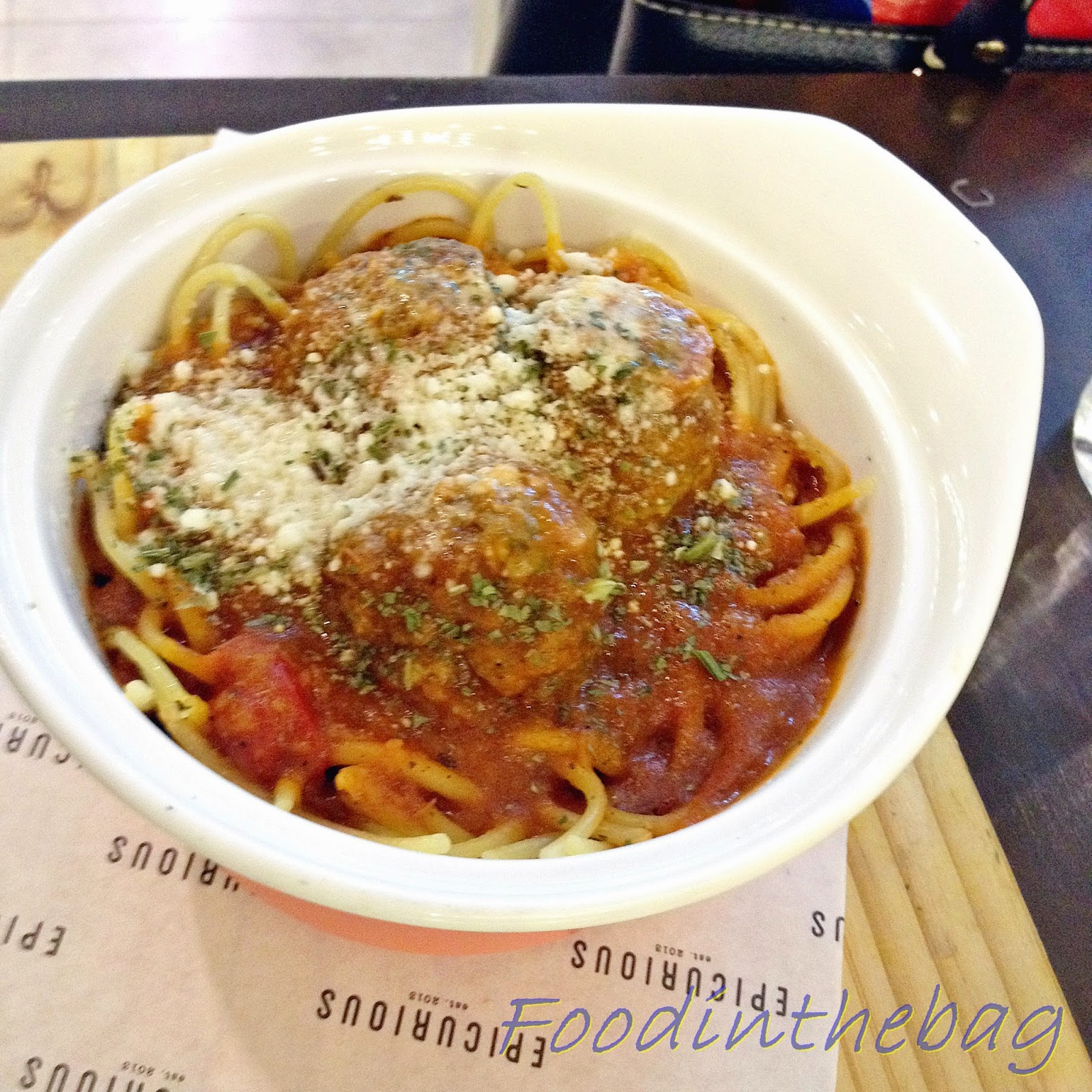 I got to agree with my mom that this pasta was just ok. Just ordinary.
We also had the Trio Baby Pizza (280Php) 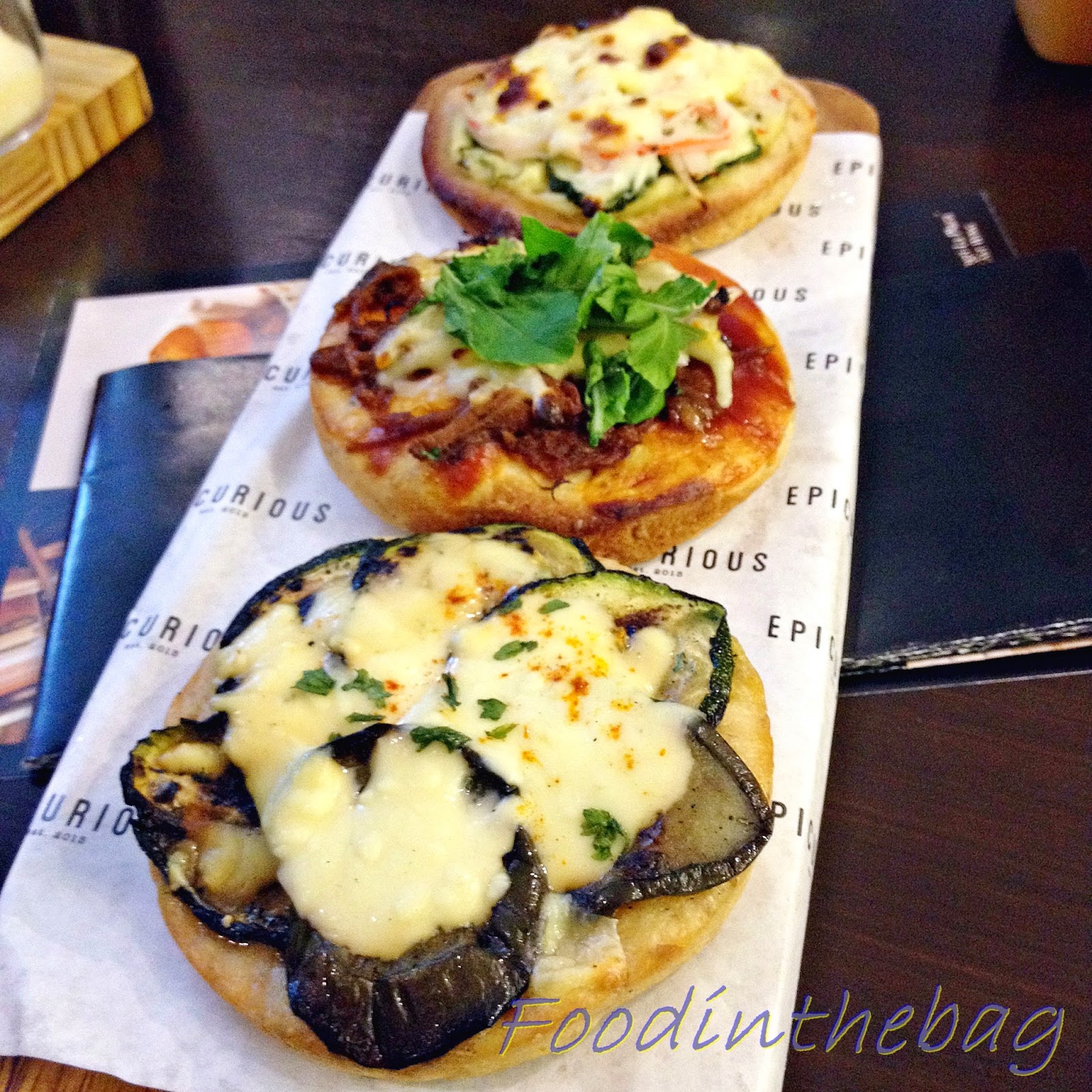 These were 3 different small sized finger foods if you asked me. Tasted too normal.
According to the girl at the counter, the Artisan Lasagna (250Php) was their best seller. 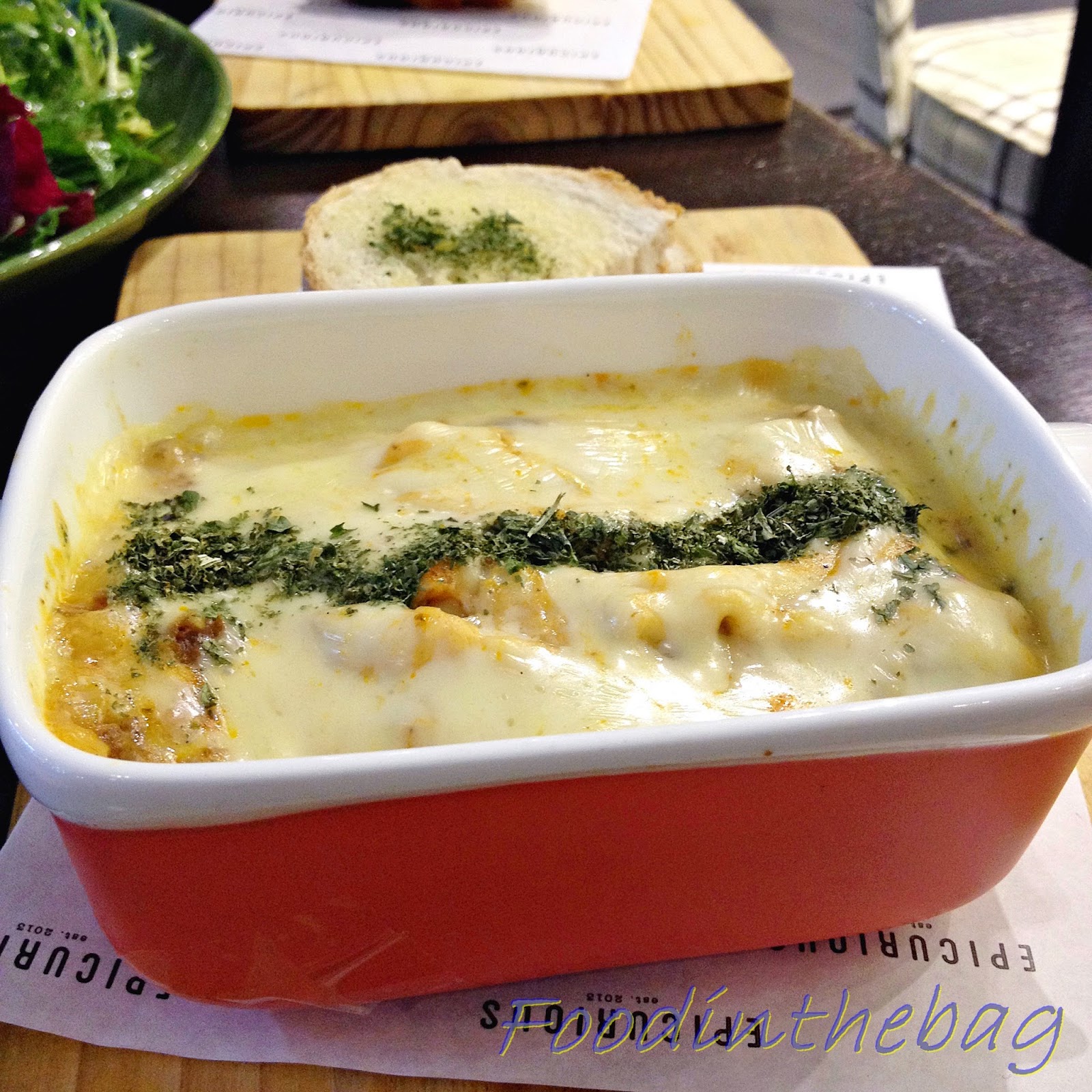 I got to disagree with her. The edges were dry and the taste has left me wanting. 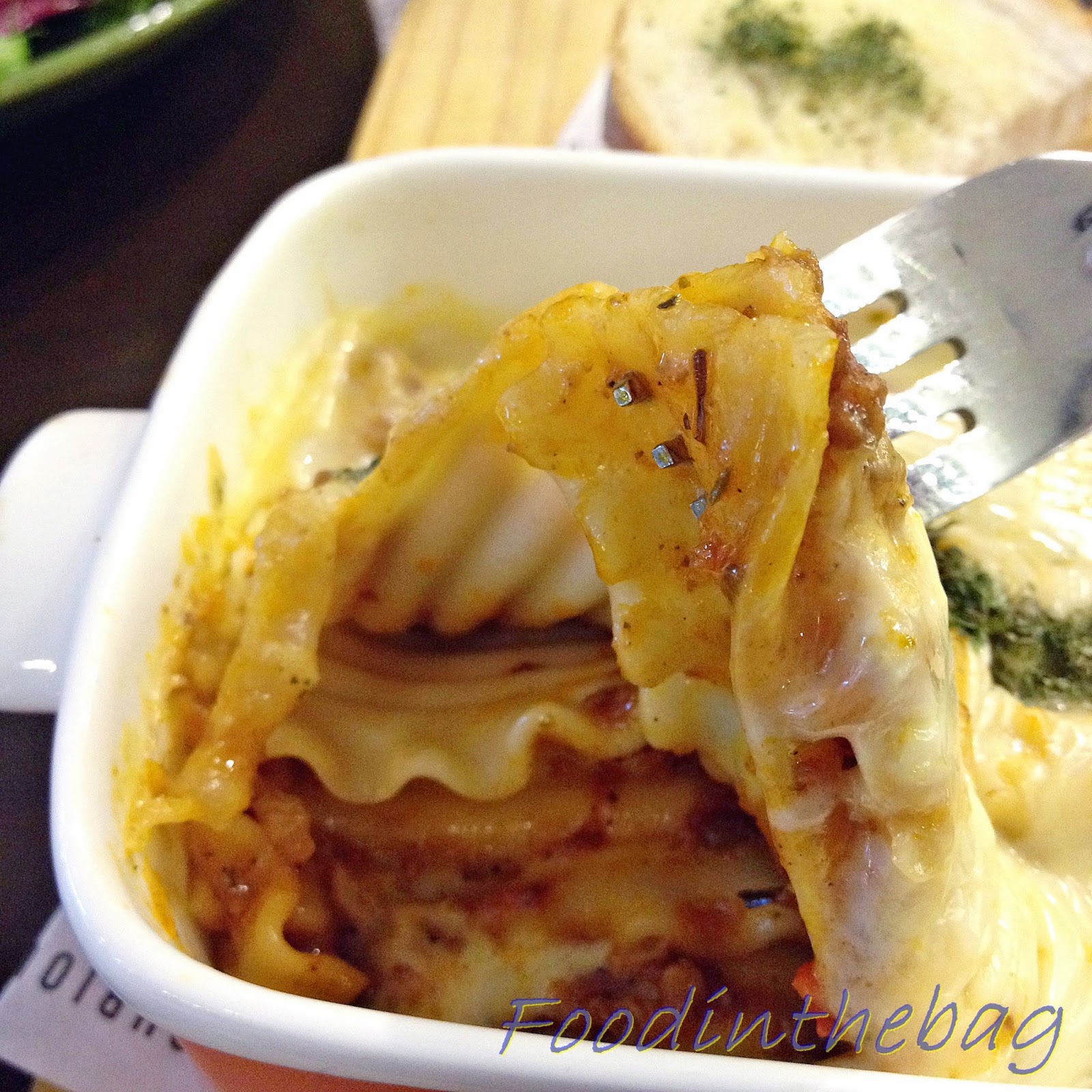 The edges were burnt and the veggies seemed to be more than a day old. There wasn't that crunch that you would hear when touching a perfect croissant. These were soft to touch and as it seems old.

I was really excited when I read and saw the sign. They had an all meat sandwich. As expected, that is what I ordered. When I got the All Meat Sandwich (250Php). I had an expression of "WHAT?!" 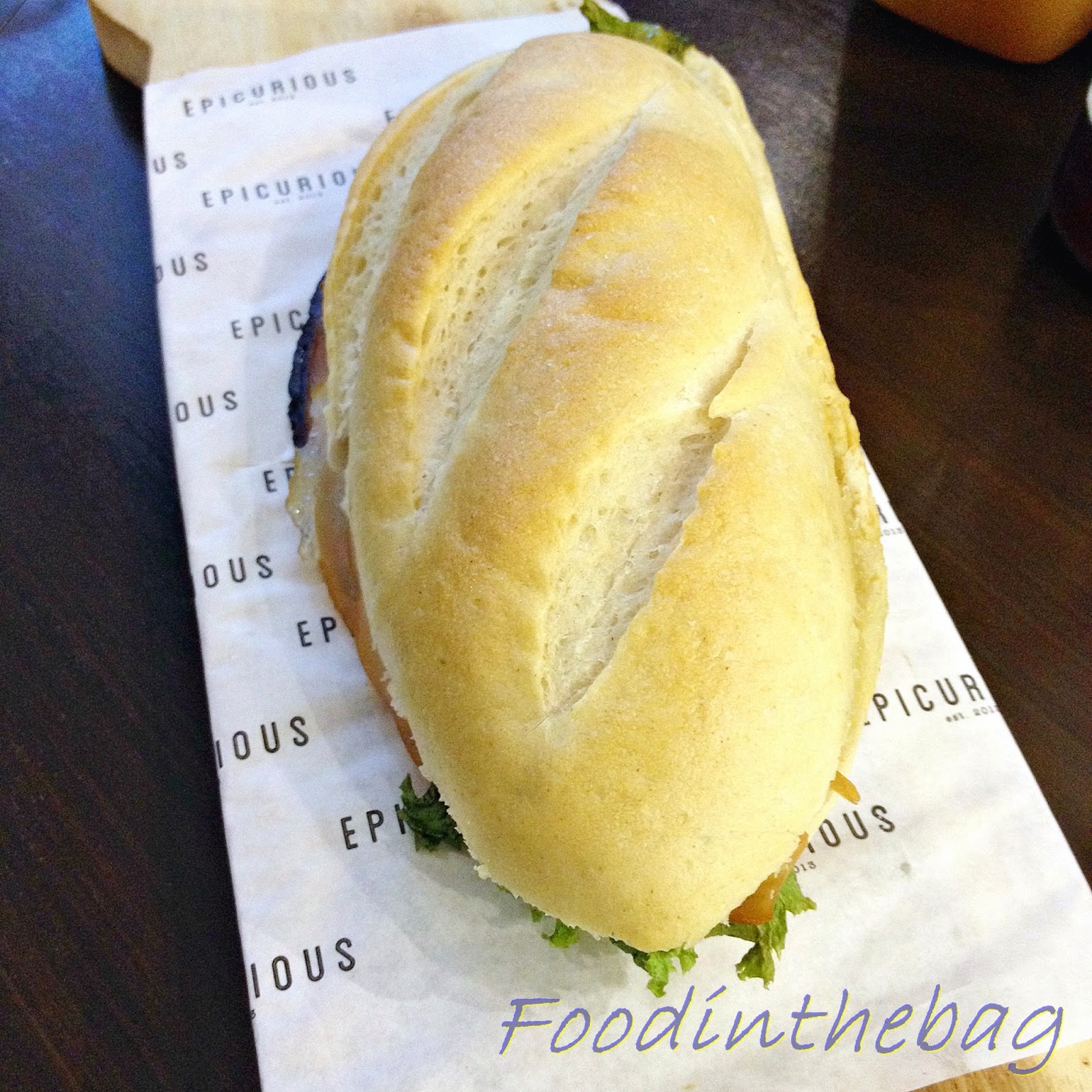 One touch and I knew it. I was really disappointed. It was hard. I regret that I even took a bite and it confirmed my impression of it. You would see why. 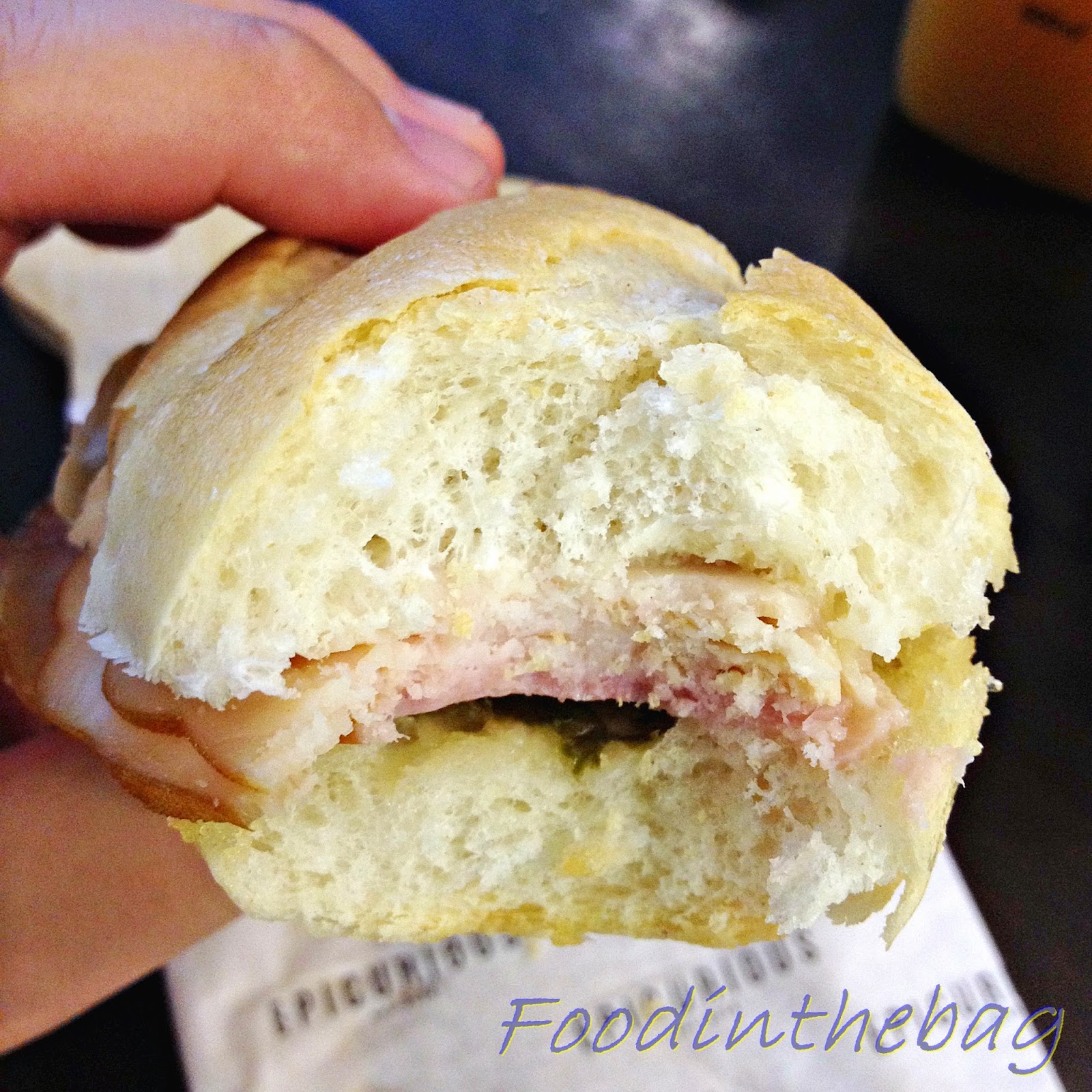 I don't think that the name of this sandwich is appropriate. To describe it further, the insides were cold. It seemed they popped it in the heater for a couple of seconds and served it straight up.

Now that I think of it, the dishes they served were all prepared before hand and just reheated. I wish we should have went to a different restaurant where at these kind of prices, we would be assured that the food they would serve were freshly made and not just reheated.

Anyway, we asked for the sandwich to be exchanged but they returned one reheated with burnt meat. Hay... My brother tasted it and I couldn't forget his remarks. He said, the dressing tasted like those of a sandwich spread that could be bought in the super market and that it was dry.

I honestly hope that the food quality improves dramatically because I love the concept of having a deli that could be turned into a restaurant but if they continue this, I for one would not be returning. Even if they were the same group under Cravings, its really "a miss" at this time. Maybe give them some time to fine tune it. I must say though, that the service was all right and that the staff were somewhat helpful. Maybe they should be sure that the price is equivalent to the quality. And according to my mom, Santis has the same stuff but at a lesser price. Hopefully they improve their food service so as not to leave the customers with an odd taste in their palettes and their wallet.

P.S.
Now that I think of it, I don't remember the Potato Salad being served.
Maybe it was, but according to my mom and bro, it wasn't. hmmmmm...

Epicurioushttp://epicuriousmanila.com/
Disclaimer:
Paid for our meals. The opinion stated here are mine. I was not asked to write this post.
I paid for the broken glasses. They gave a 15% dc for those broken glasses.
Forgive my pics, Iphone camera only. 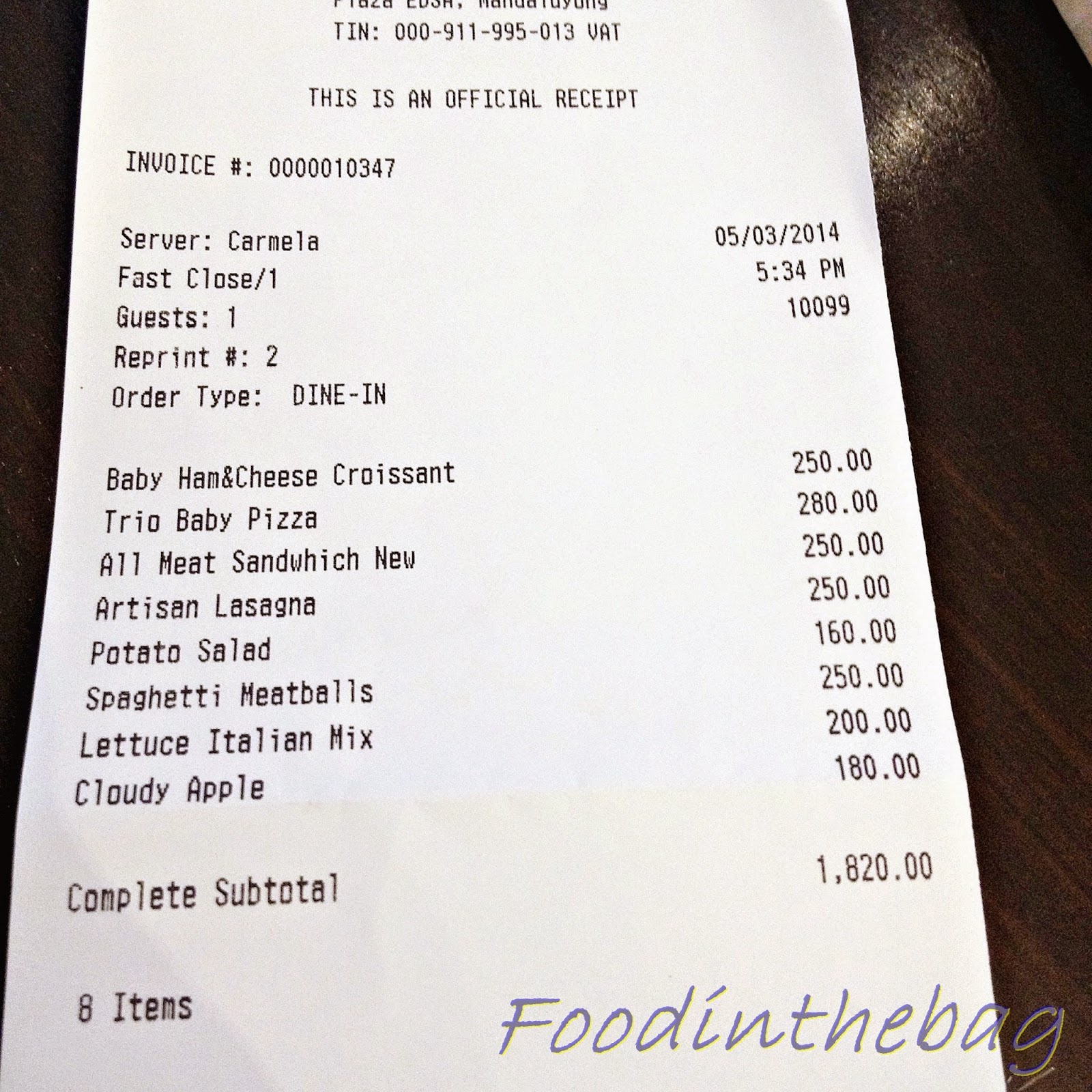