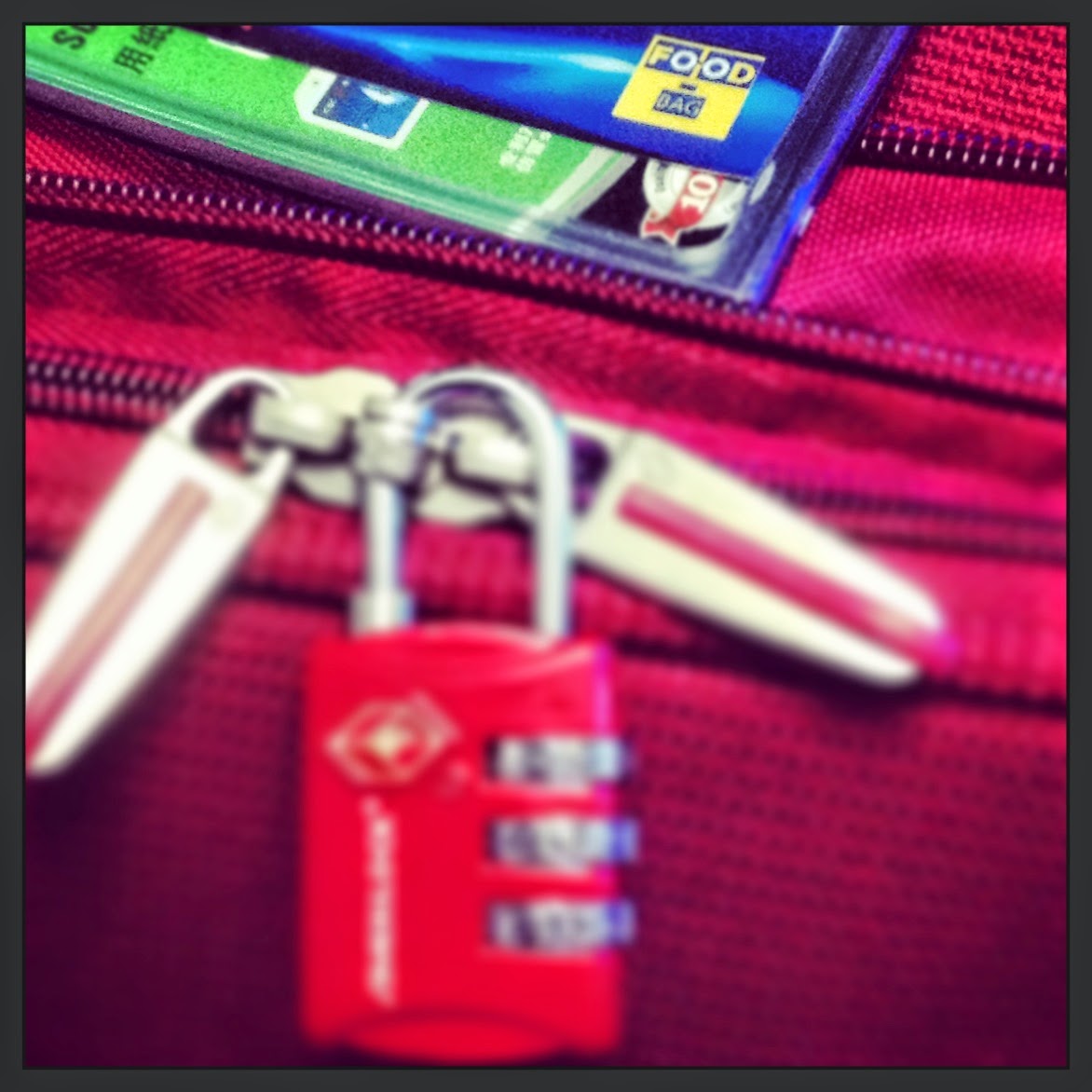 Just two weeks after my Korean Adventure, I had another one down south.
I was thankful for having the chance to sit down with Justinne of Babe for Food. and ask her about the different awesome places in CEBU to try out. 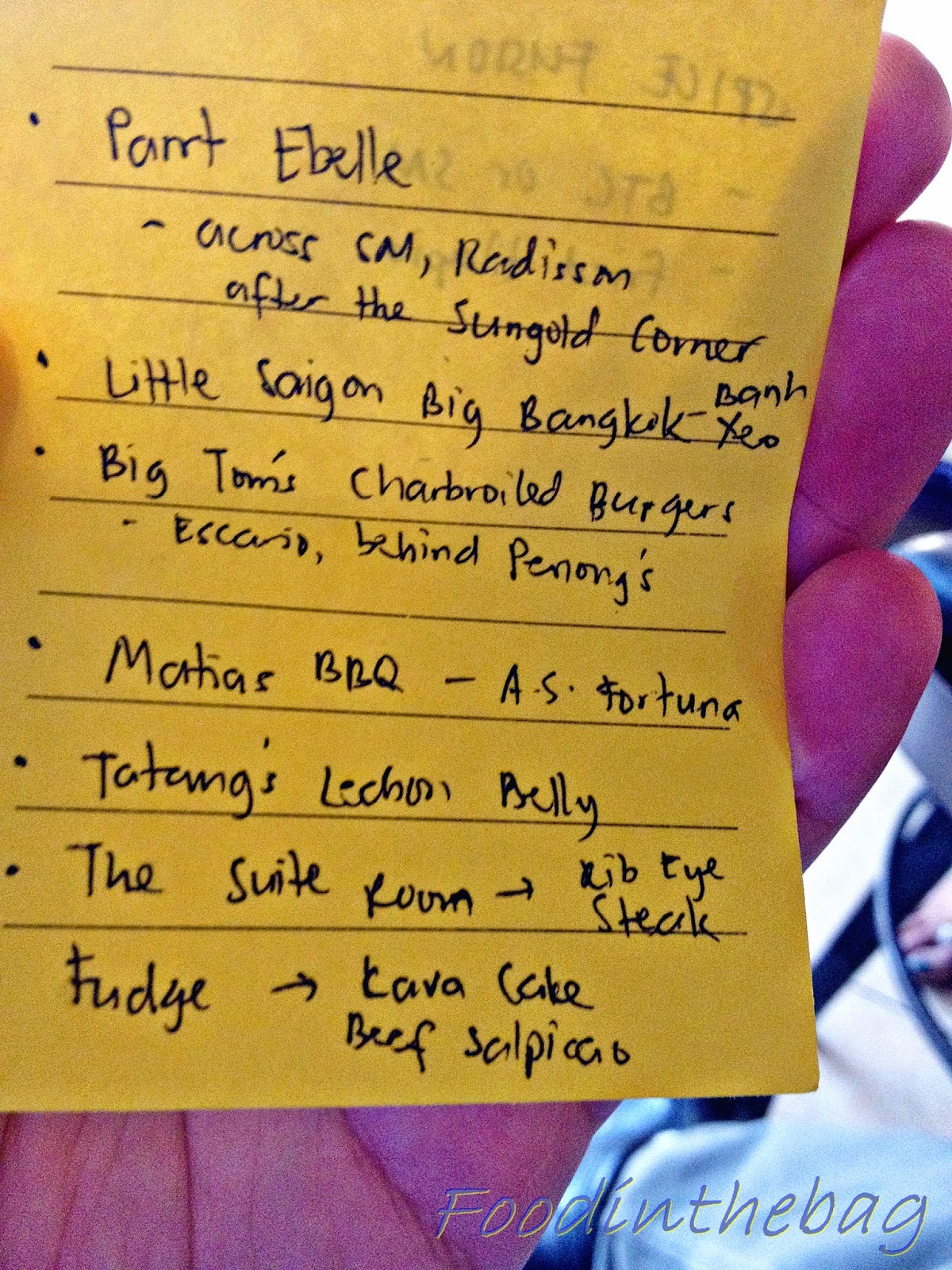 You see, I already planned a bit and actually wanted to go down south just because. It has been around 18 years since I have been to Cebu and I could still vividly remember staying at Mactan's Shangrila Hotel and trying out diving. 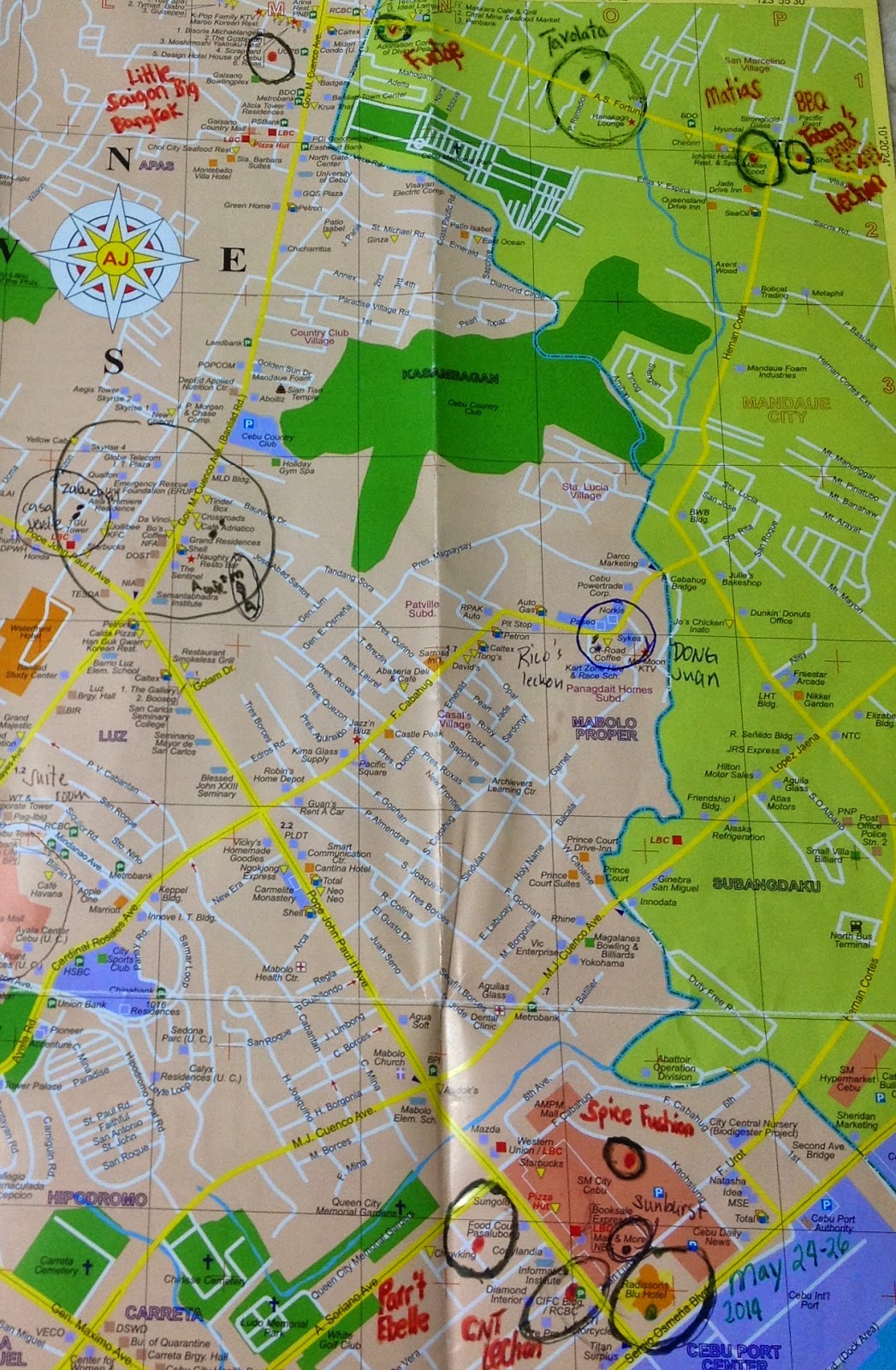 Here is a map that I got with a little bit of the markings around. Most of the places I wrote down, well, I was able to go to. Yes boys and girls.. just within 3 days I was able to go around and eat to my heart's content and my belly's demise. (More on these places in future posts)


Anyway, this is the first time I rode via Cebu Pacific. This budget carrier is around a few thousand cheaper or at times half the price of Philippine Airlines but at a cost. There are a few plus and minuses but heck let's see my experience.

I arrived at NAIA Terminal 3 where CebuPac is based at a few minutes past 4 am. It is my first time in everything here so I really don't know how it goes.
Since we were riding a budget airline, most of their flight times are either early in the morning or late in the evening. So don't be surprised the way I was. The line outside the terminal was epicly long!!! 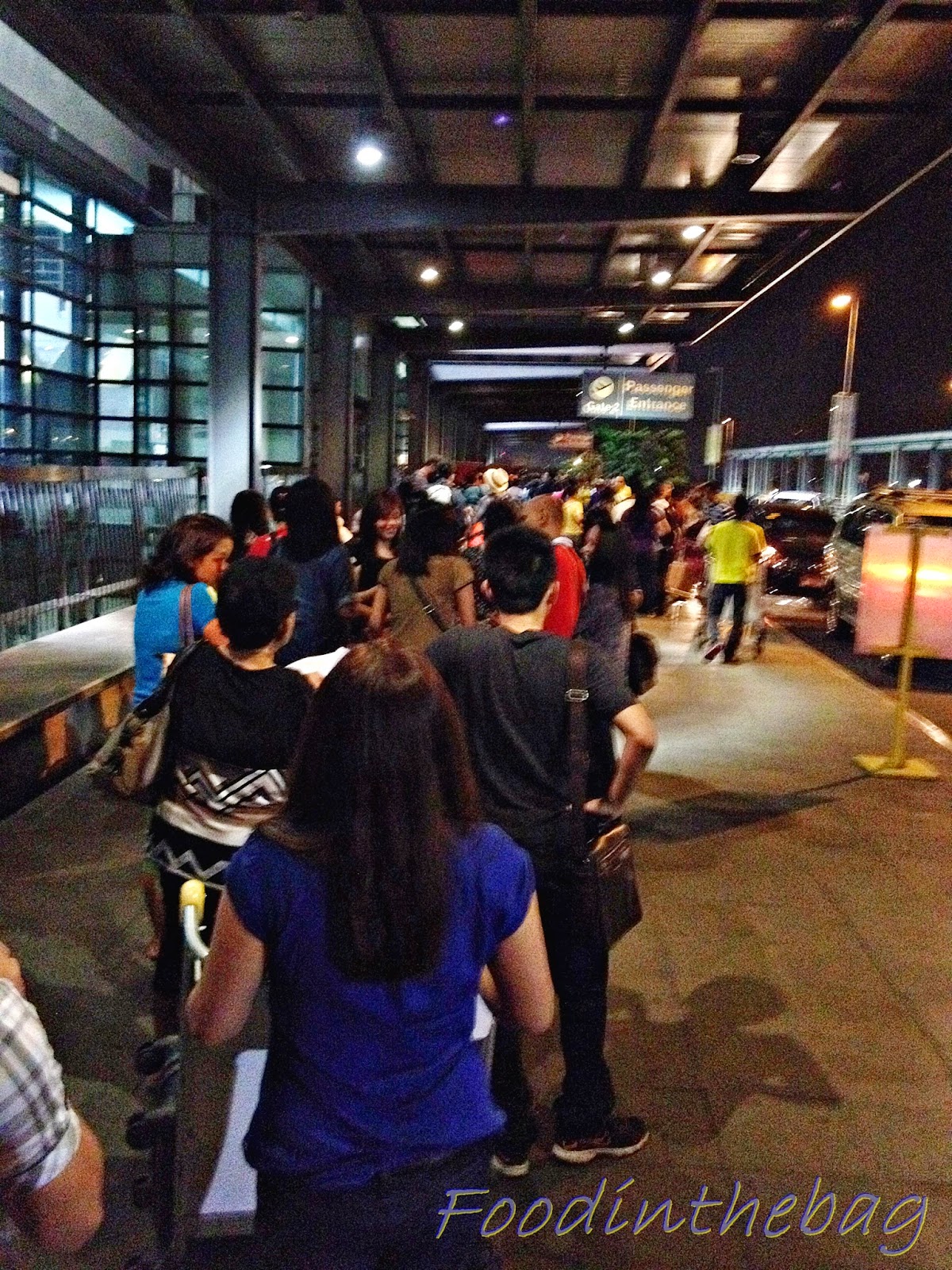 Once we got in, a mass of people were in line still.
The monitors were turned off. According to my friend who frequents terminal 3, during early morning flights, the monitors are really blank. They allow you to line up in a number of counters to check in. One thing to note, CebuPac staff walk around and shout final calls for late passengers and allow them to get ahead in line. Only in the Philippines. 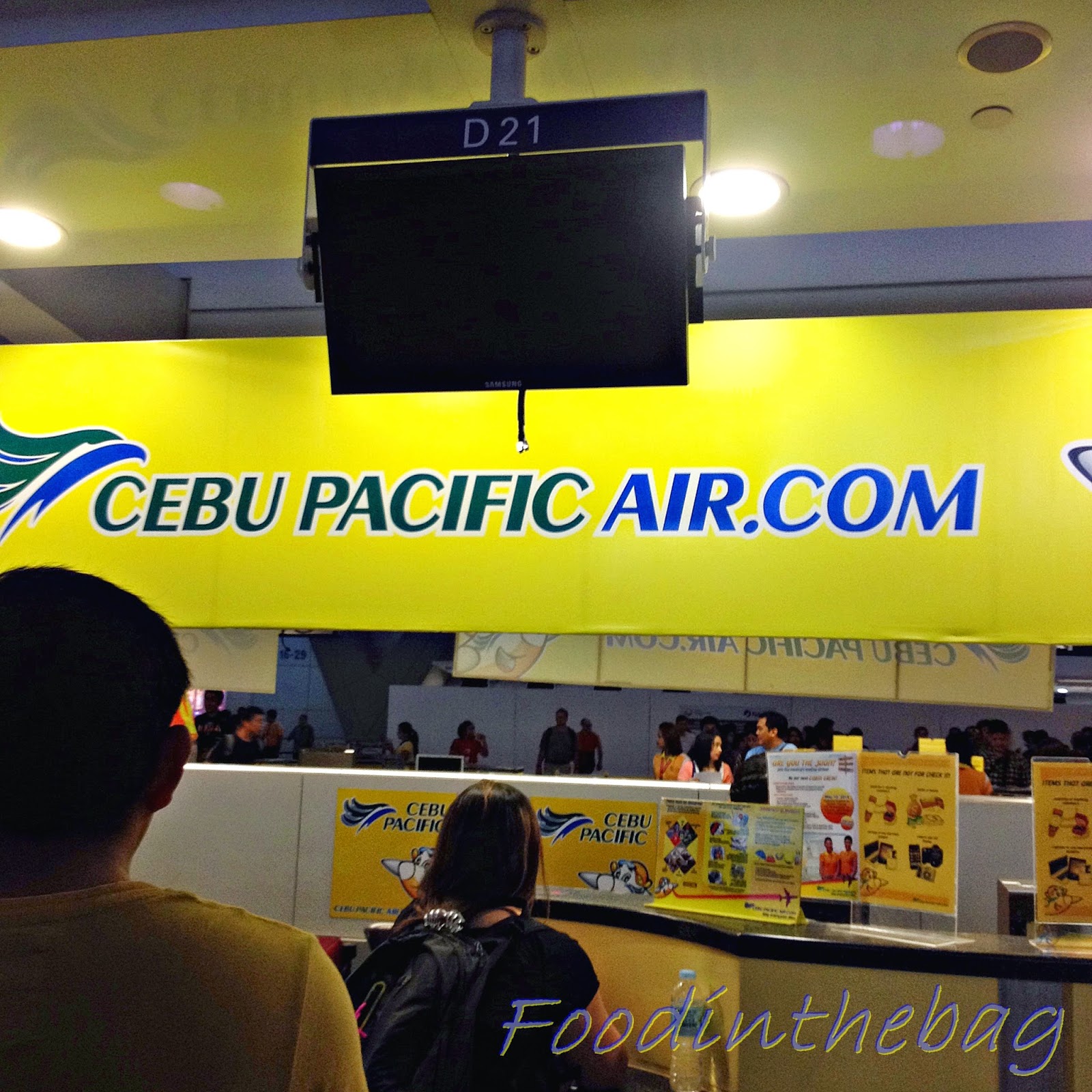 With a little paawa effect and a little smiling, I asked the counter staff to allow us to have the front seats. I was willing to pay but luckily, he said it was for free. 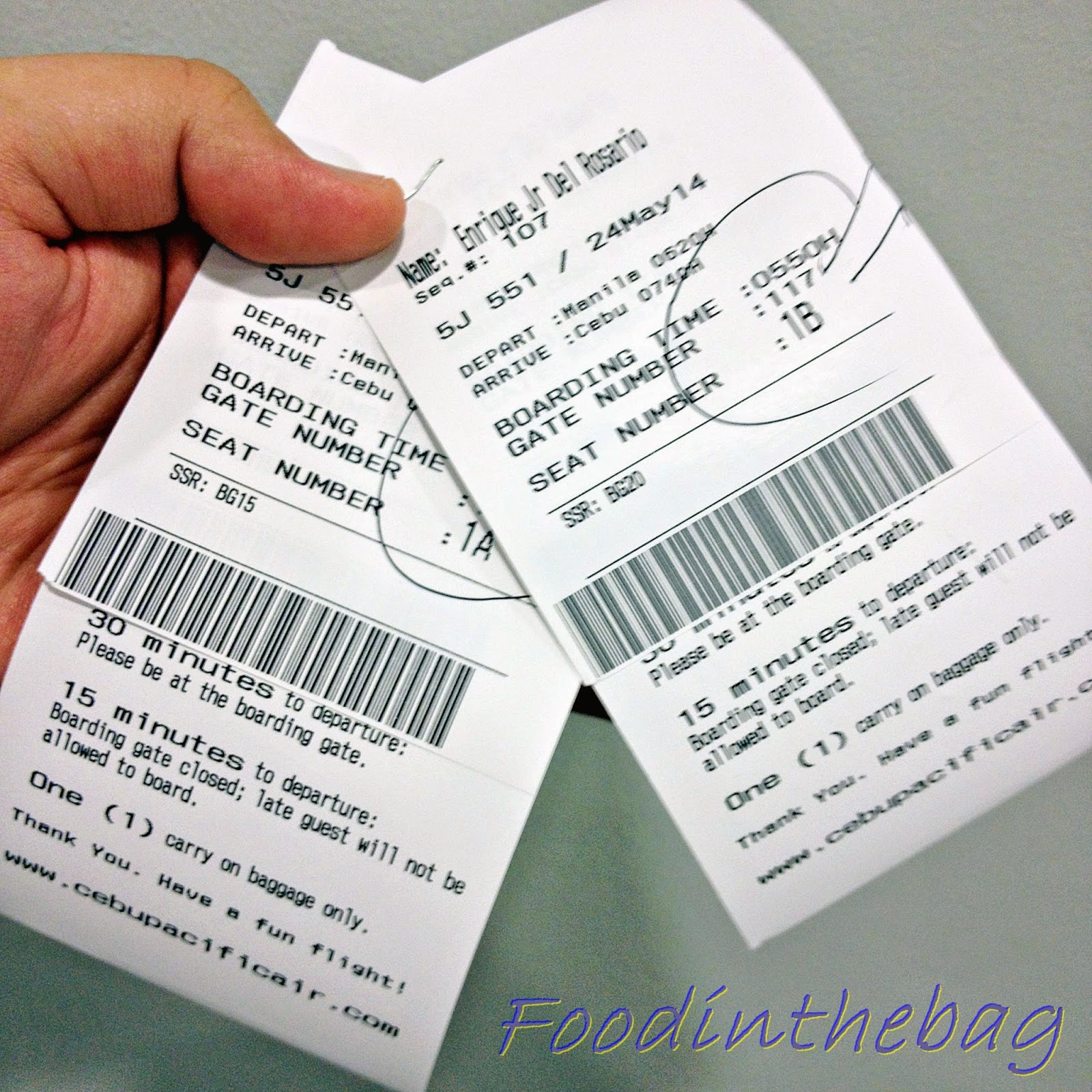 On our way to eat, we found a few things that say the place was lacking.
Like this guy sleeping under the escalator. 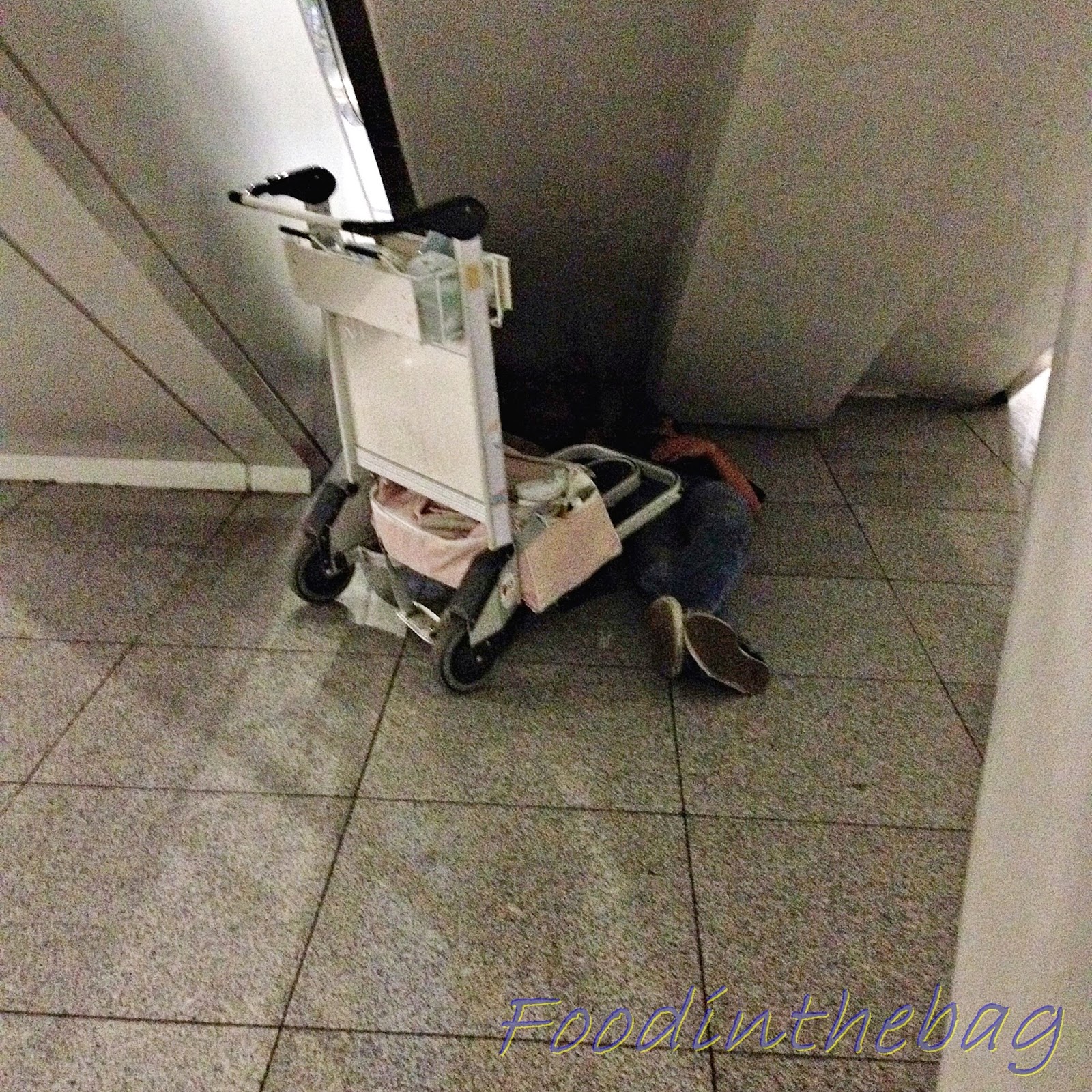 Before entering the departure area, we scuffled our way to the 3rd floor to check out the stuff they had. 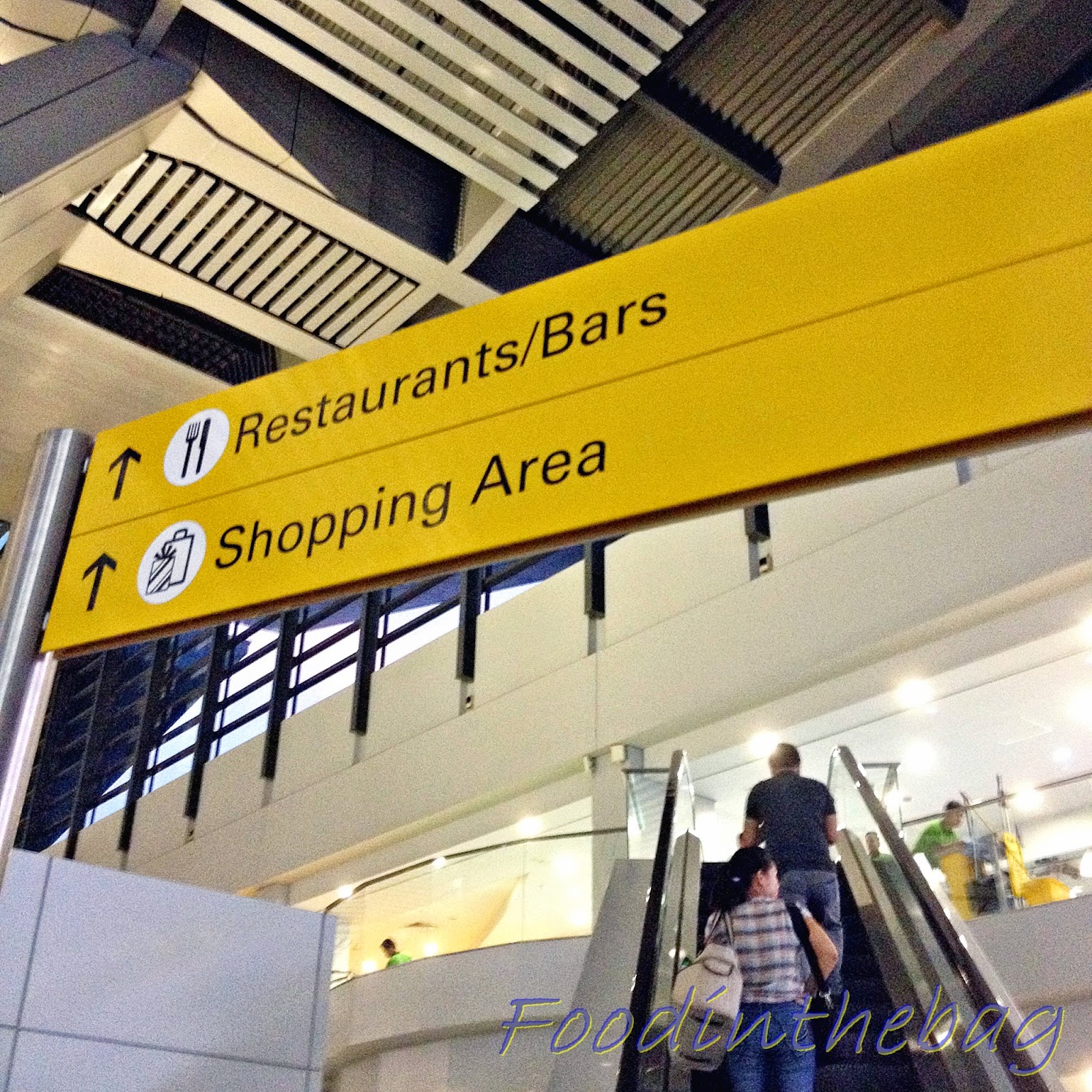 Honestly, I was amazed. I would always take terminal 2 since I always ride PAL and they don't have a lot of stores.

Compared to other international gateways, the stores and restaurants here aren't really that great but compare it to other terminals we have in Manila, I could say that there is potential here. From food franchises to a few duty free stores and even a spa. 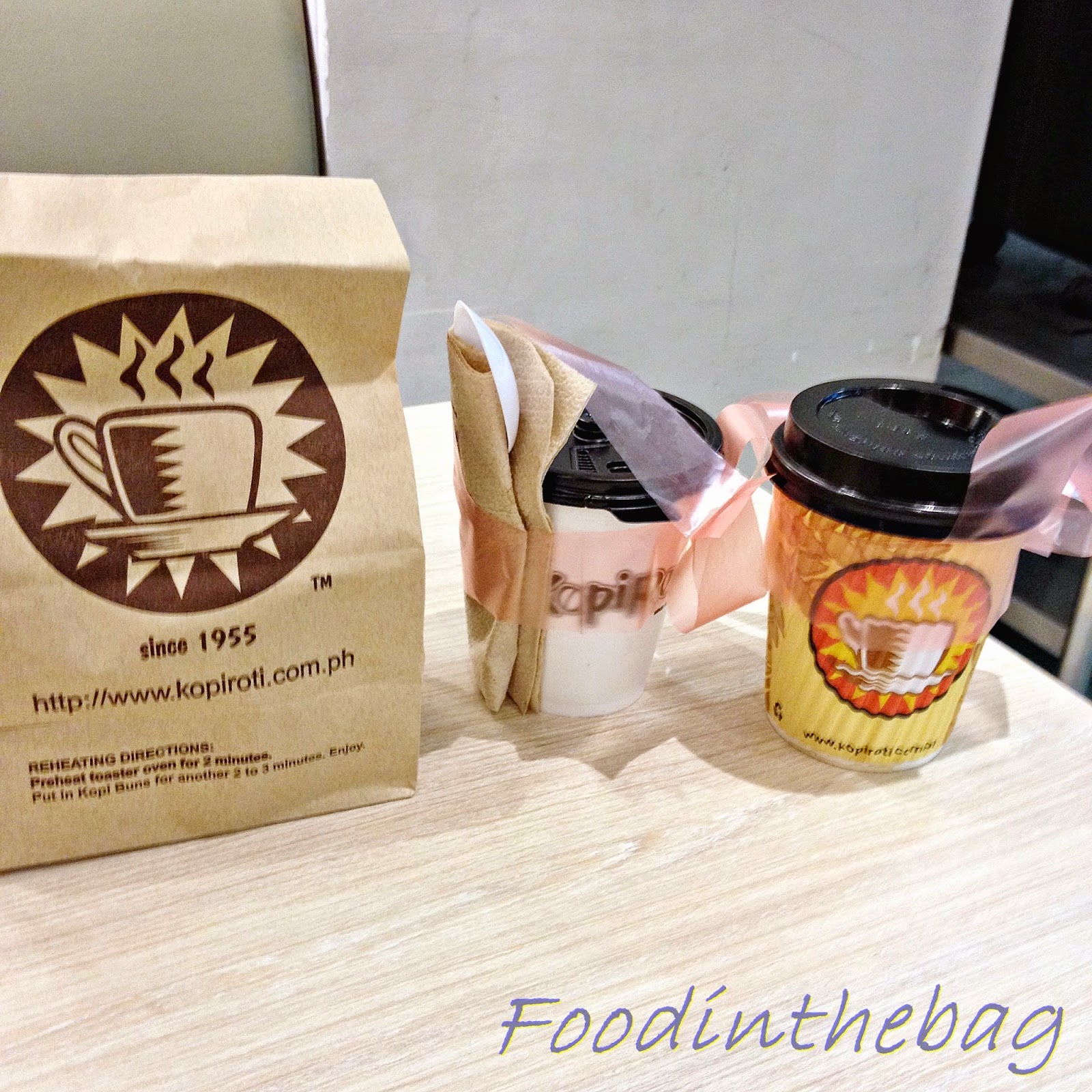 For breakfast I had some kopi and eggs. Yeah.. I kinda miss SG. (definitely going back in November)
After eating this and some Kenny Rogers, we ran all the way to our gate because they were calling out our flight. LOL! 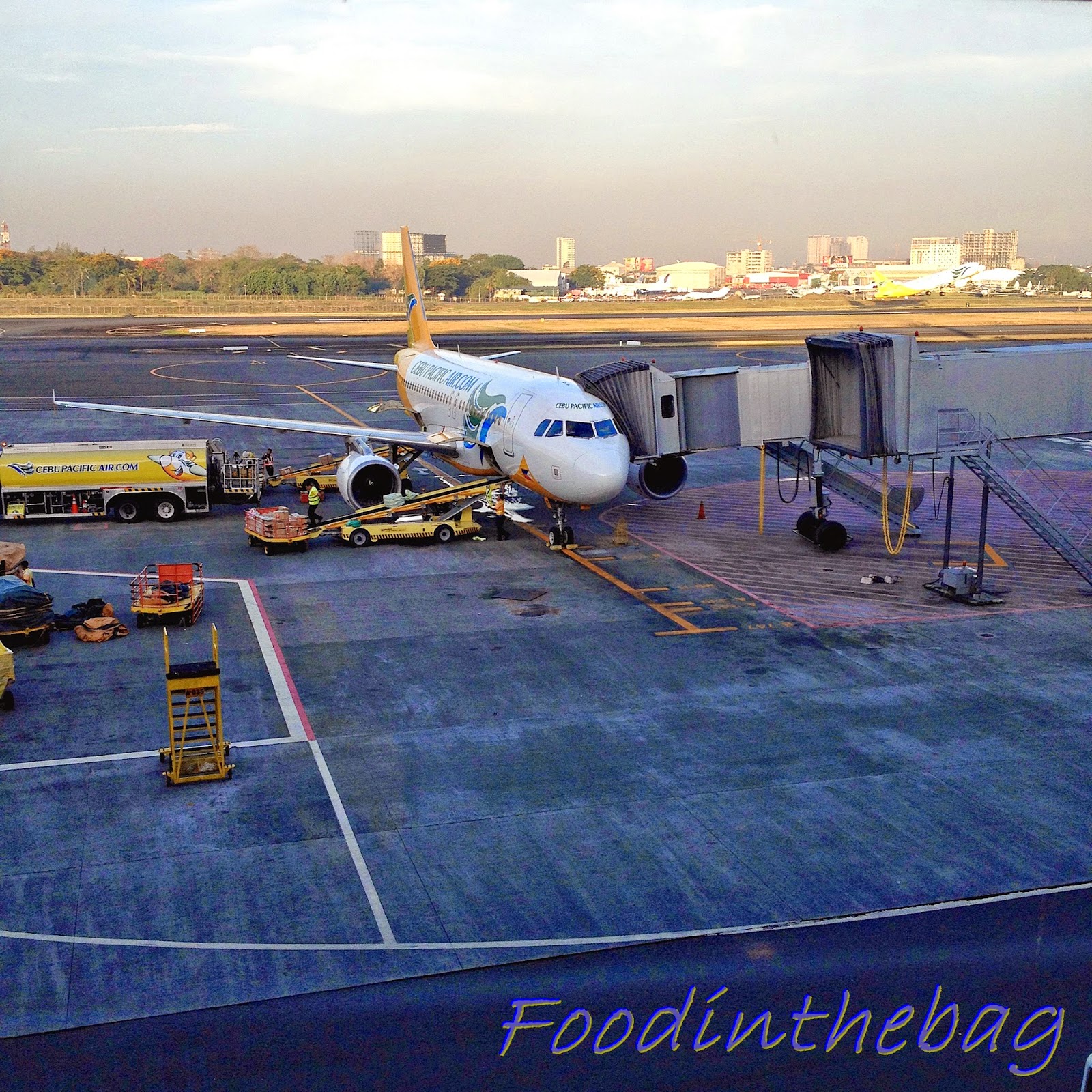 We were supposed to be leaving early but a few of the passenger weren't still on board. Thankfully though, we were on time.
Of course, the fruits of our labor had my companion and I stretching our legs to whatever lengths we want. YEY! 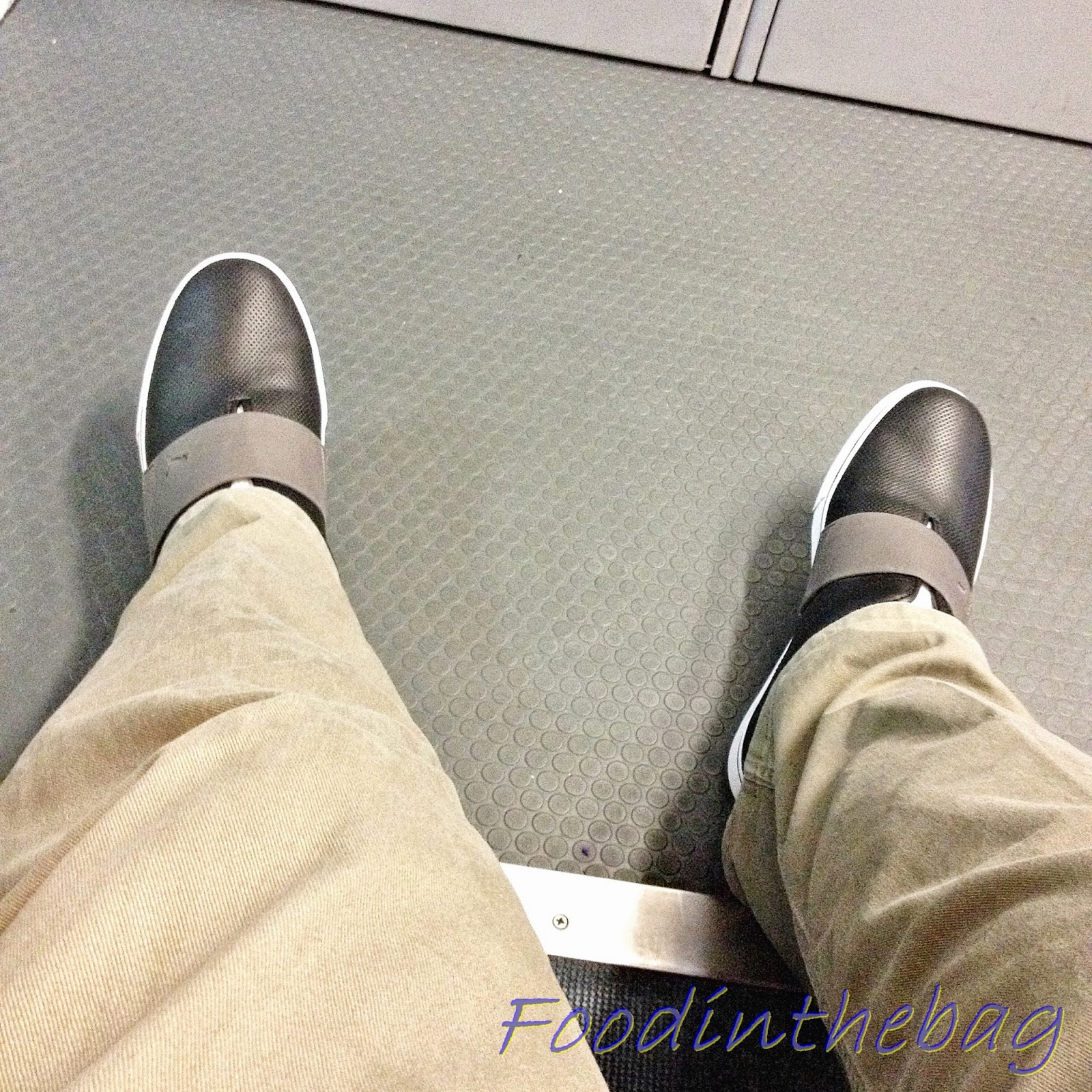 After an hour and a few minutes, I was in Cebu. Something that really pissed me off was that after getting out of the plane, rather than going straight into the terminal via the air bridge, we were asked to go down the stairs and walk on the tarmac to the terminal building. Worst, ground personnel, wanted us to go back up but eventually advised us to walk on. A little confused aren't they? Yes, boys and girls no one was there to properly direct us to where to go and there were baggage carts and other vehicles passing by us. WOW!
Thankfully, the terminal has pretty cool a/c.

After getting our luggage, we were greeted by our hotel staff and got transported to our hotel.

On our way back to Manila, I can't help but get annoyed with the receipt like boarding passes. 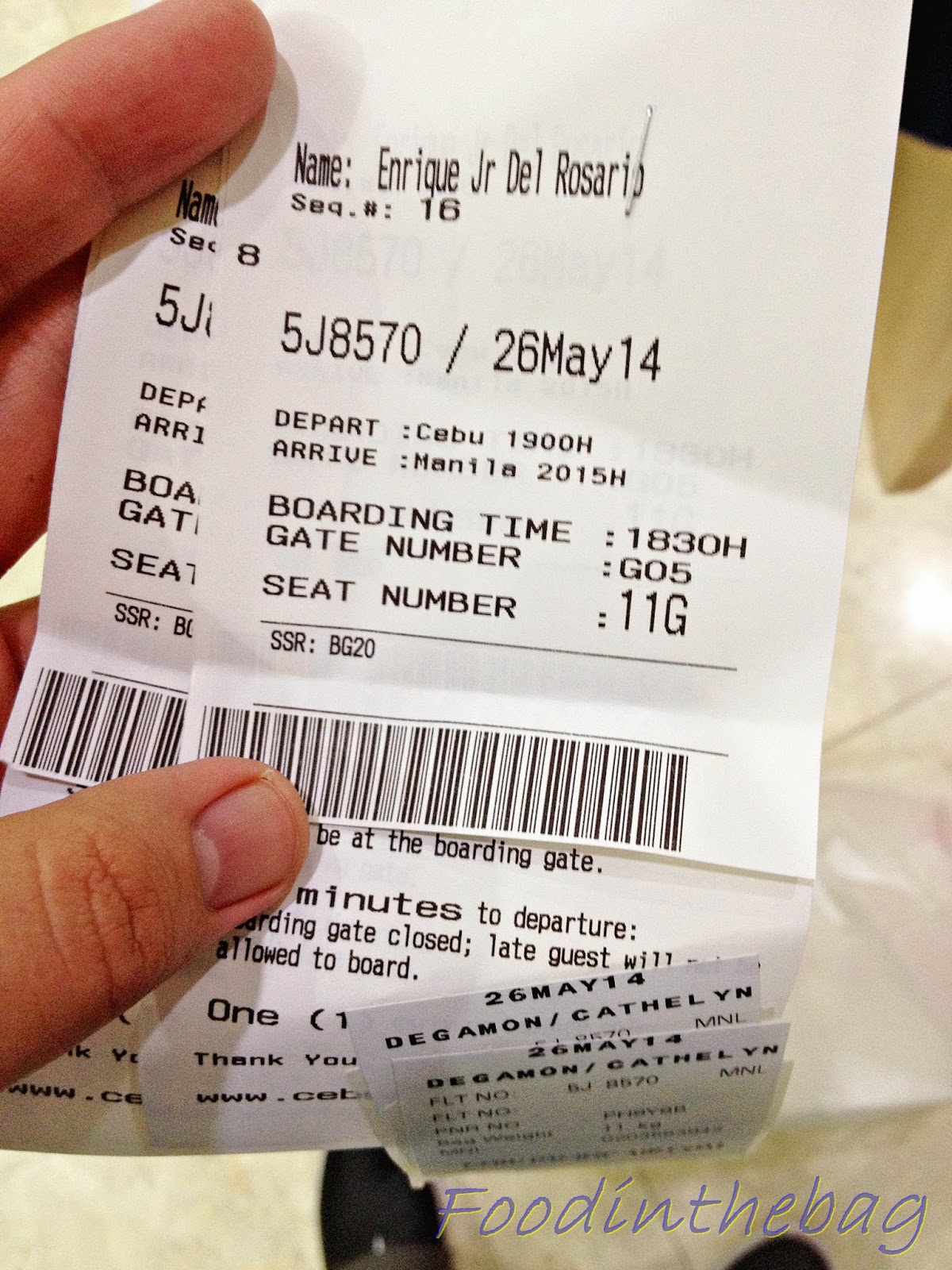 It was easy to mix them up with other receipts. Argh...

I also liked the stalls in Cebu's Airport. They got burgers, fries and yes the famous Zubuchon. 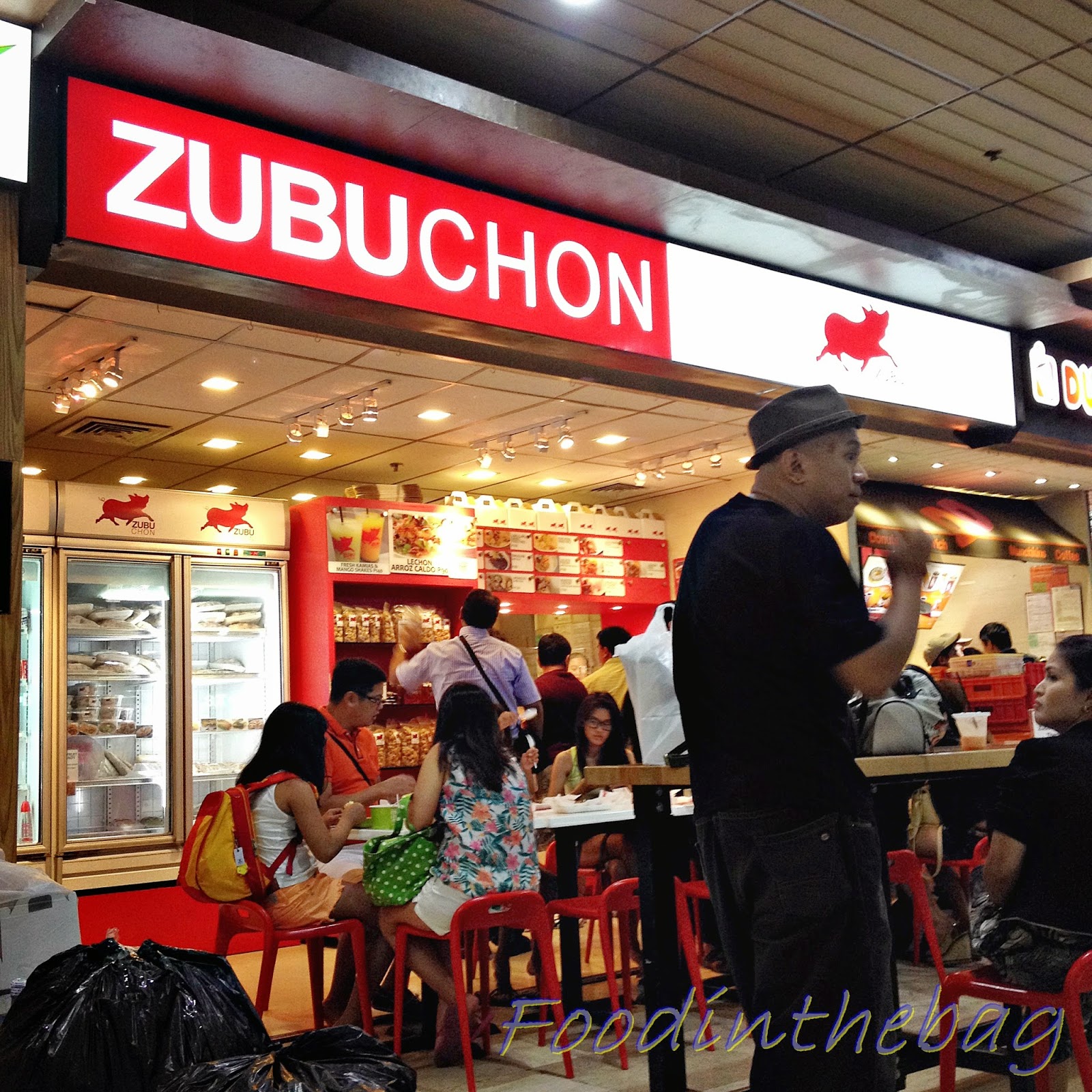 While waiting for our flight back home, I couldn't help but feel sorry for the flights before us.

Since we had an early evening flight, my friend told me that we might be delayed. Fortunate for us, it was the flights before us that got delayed. Our flight was there pretty early and we were able to board well within the time. Boarding was a hassle as the lines were long and that place of the terminal was pretty hot.

On the way back, we were placed in normal seats and I had a beer and a cheese roll just to relax. Thankfully, we had a 3-4-3 seat arrangement and I got the aisle. Sadly though, I got to say that the seats CebuPac have are really SMALL! Compared to PAL, the seat belts are also smaller. How did I know? Because it needed to be stretched so that I would fit!! LOL!!!!! 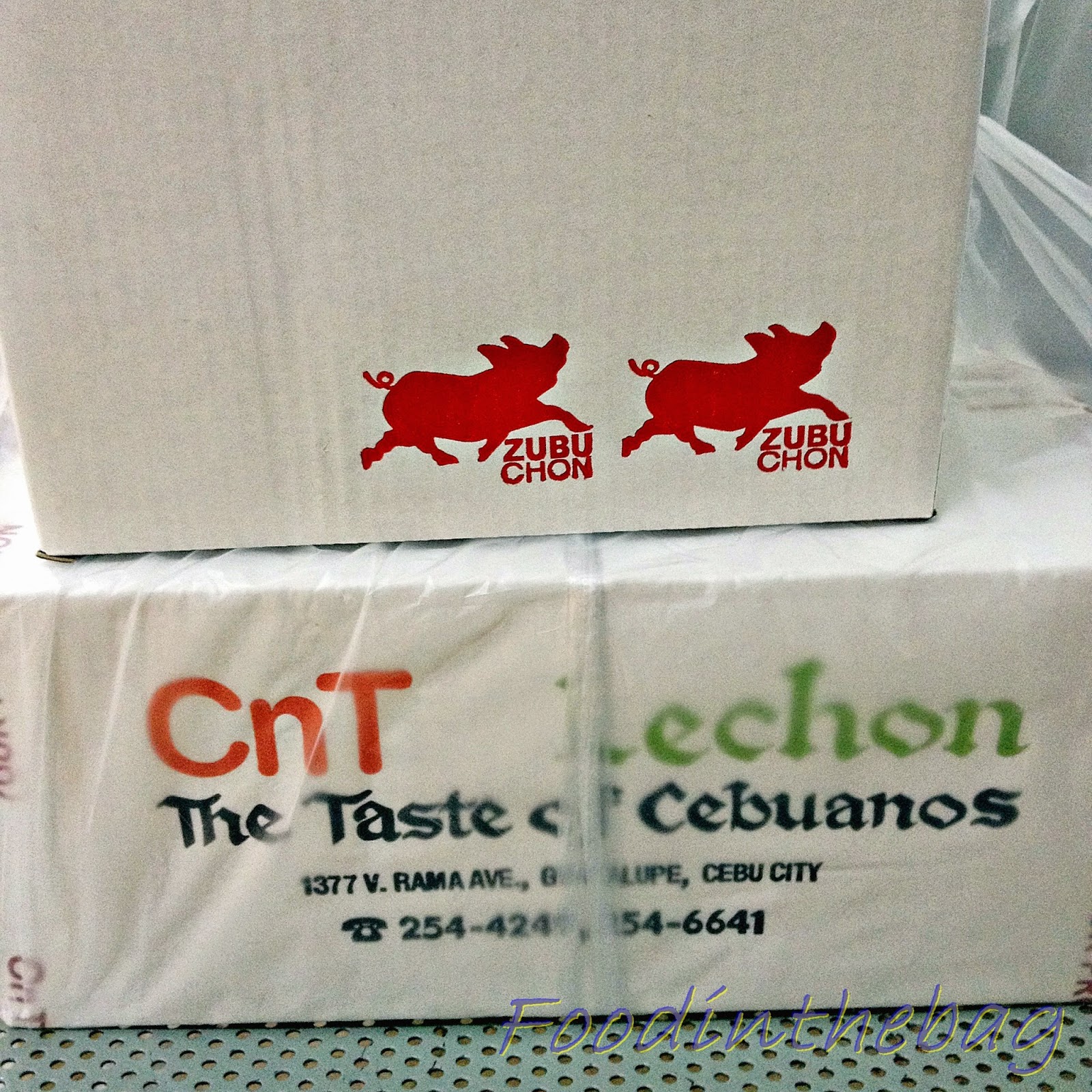 So I got 2Kg from Zubuchon and 4Kg from CnT Lechon. Hahahaha!!!
COULD YOU?