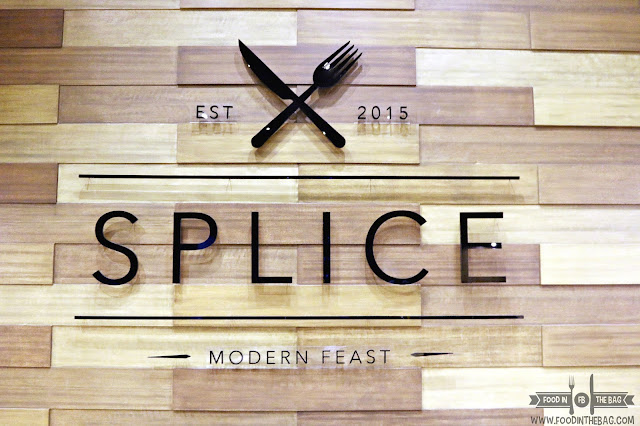 Starting from scratch, SPLICE in PORTAL, GREENFIELD, needs to up its game.

A week or so back, I was invited to try out a restaurant in GREENFIELD. Since I don't know the place, I went for it. Time to keep an open mind.

It was the first time that the kitchen was opened. It was actually their pre-launch. SPLICE was trying to test the water that night. The resto was filled with guests. From family and friends of the owners to media to cover the event. 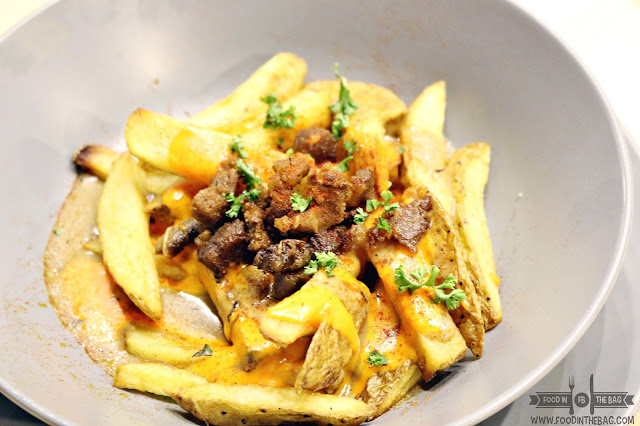 Crab meat salad was generally refreshing. Mayo based salad with real crab meat used. Avocado and mangoes bits were all around. 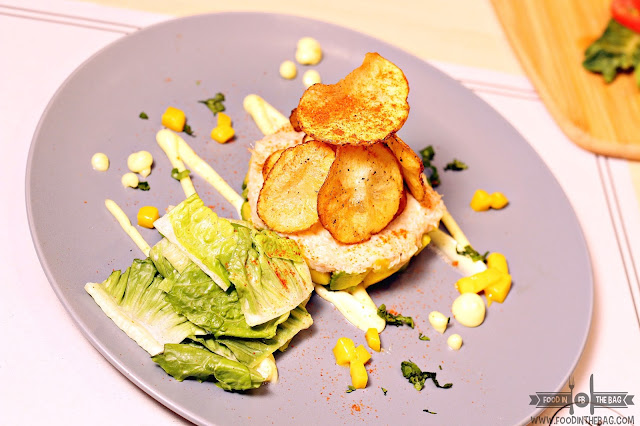 Their specialty would be the DONUT BURGERS. CHEF IVORY YAT loves THE SIMPSON and proudly names them from such. The donuts used are nicely cooked. Soft and not too oily. They all make them in house. The patty, on the other hand, is something simple. Other might compare it to a local fast food restaurant in taste. In any case, it is based on your preference.


This is the BARTHOLOMEW BURGER. Glazed donut as buns. 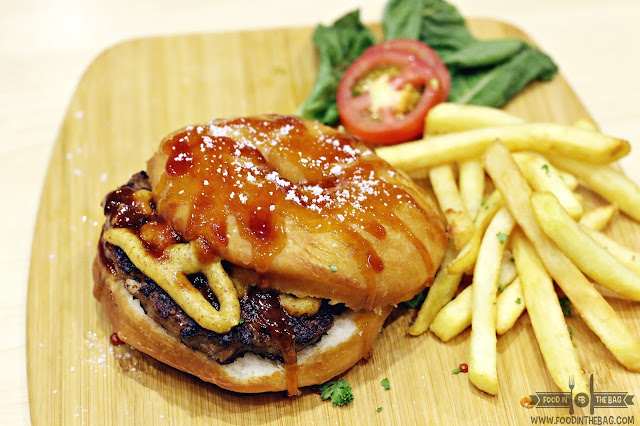 For something more chill, the LISA BURGER was served. A coleslaw mixture with some jalapeno to spice it up. 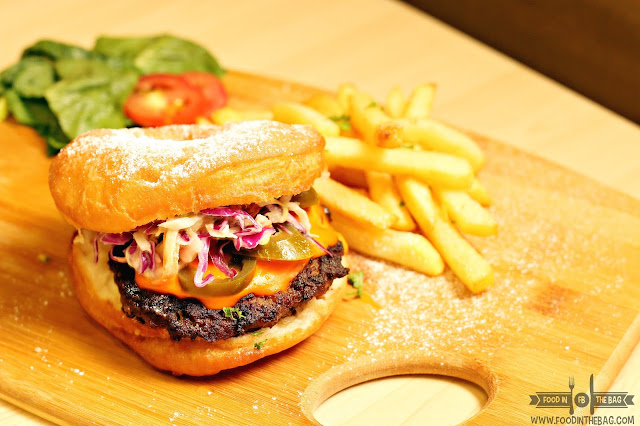 Great conceptualization but the DANGGIT and CHICKEN SKIN CARBONARA's execution needs to be improved. Yes, chicken skin and the danggit bits are welcomed treats but the carbonara wasa bit dull. It tasted like cream. 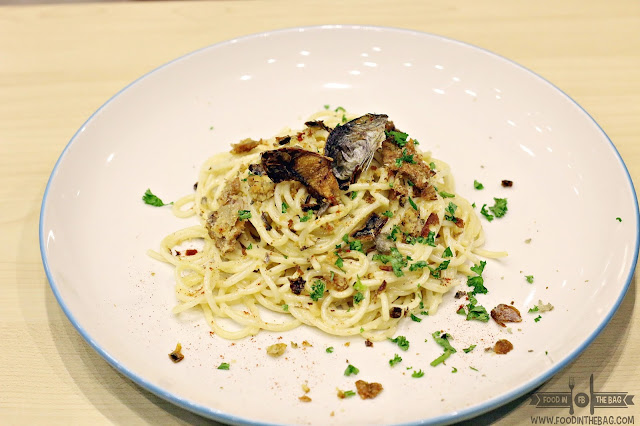 PUTANESCA pasta is basically just that. Anchovies and olive. 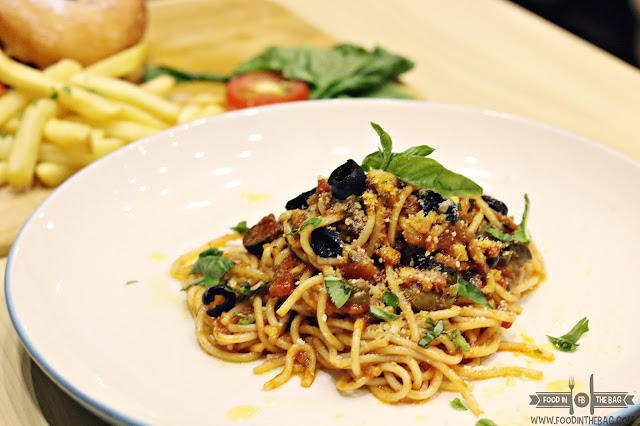 The BEEF STROGANOFF was tender and juicy. Although, it lacked the oomph I was looking for. The "gravy" was border like mushroom and cream beef without the mushroom. 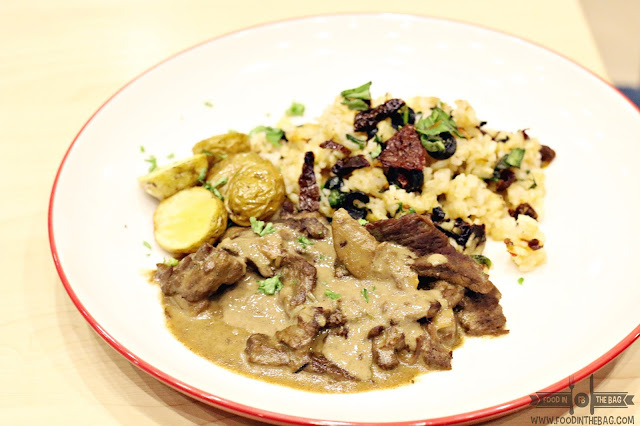 CHICKEN SATAY with BUCO PANDAN RICE. The Chicken satay was pure white meat. Borderline moist and had a hint of peanut flavor. The buco pandan rice was disappointing. The smell of pandan was there but it was overcooked to the point that the moisture of the rice evaporated. 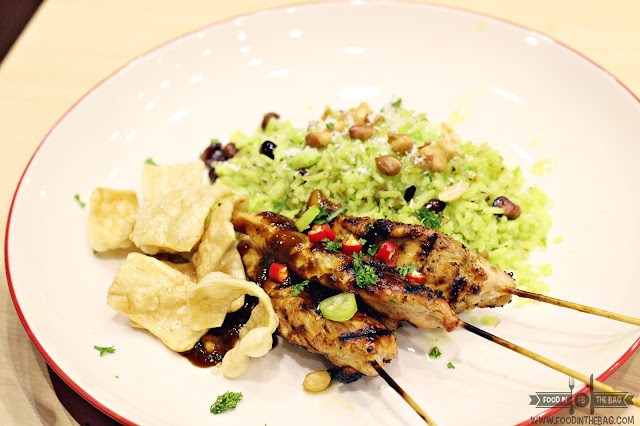 For dessert, we tried out some donuts. The donuts were perfectly cooked. I liked it because they were freshly made and done in house. 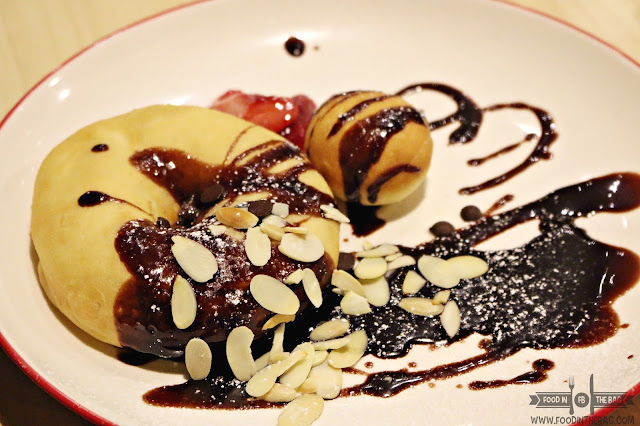 Chef IVORY YAT of Master Chef fame has her work cut out for her. SPLICE has a great concept. Nice interiors. Clean and simple. A lot of their offerings are basically comfort food delight. A price range of around 250Php per dish, they would definitely need to work it out to entice the PATRONS. I would suggest that SPLICE anticipate the needs of their dinners and try making the dishes even more lively.

After the night, I was filled with mixed emotions. I did enjoy some of their dishes but other needs more improvements. Granted that it was only the first time they opened and not yet for the public. I believe it was a learning experience for them and for me as well. 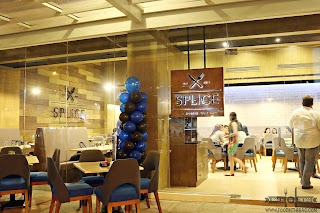 Disclaimer: was invited to try this restaurant. Wrote my opinion based on my experience.
Tagged