APPLEBEE'S in BGC: Celebrating Everything during Happy Hour 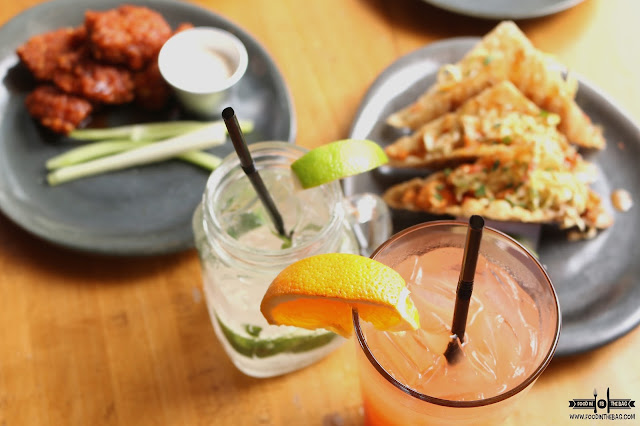 Time for a drink. One or two or three. That is what Applebee's is.
IT's a whole new different ball game. APPLEBEE'S entered the Filipino Food Scene by storm. It may not be as grandiose as it's sister restaurant but they did send out one clear message. CELEBRATE EVERYTHING! APPLEBEE'S could be seen as an all out sports bar by some but APPLEBEE'S in BGC is more of a upscale hangout place. Different from the ones in the United States. 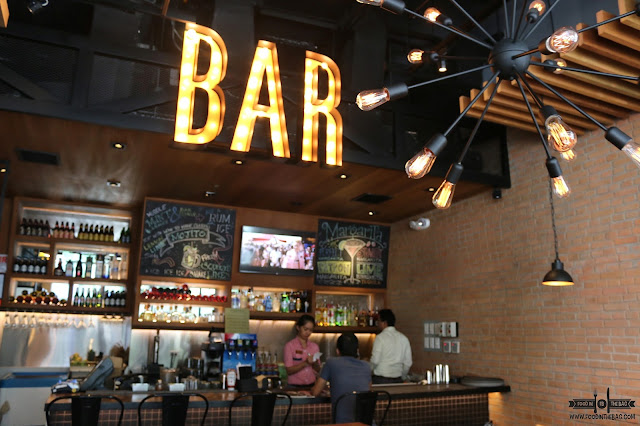 The place has an industrial vibe. Light bulbs for an art installation and even huge decors. Different from other APPLEBEE'S. The first floor is more of a waiting bar area. 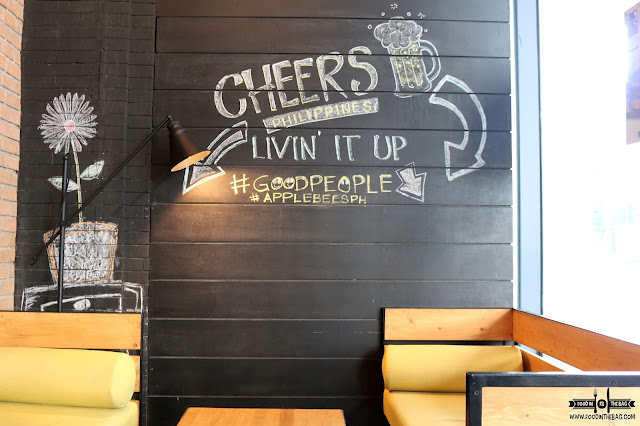 The second floor, on the other hand, has an open kitchen. The couches give off that homey feel. 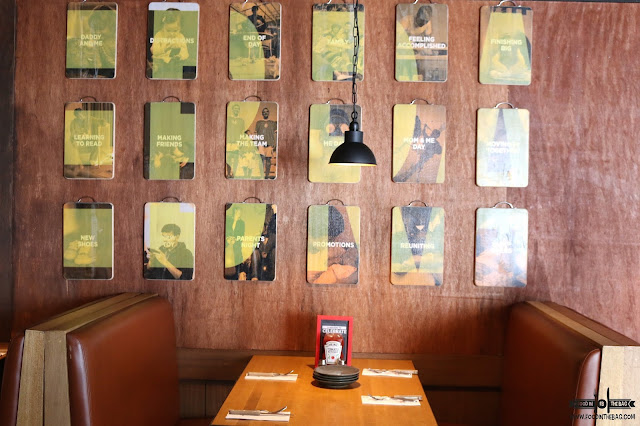 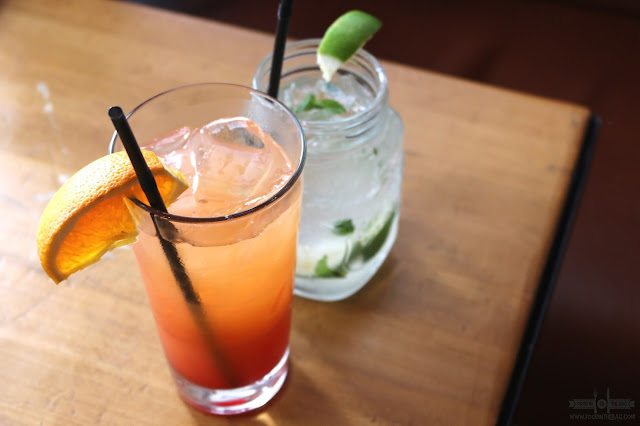 They have a whole list of drinks to choose from. The mojito and the tequila sunrise came in as the recommended drinks. They weren't as strong and they had a more fruity taste. Perfect!
First up was the POT STICKERS (175Php). Think deep fried wanton dumplings. Served with peanut and soy dumpling sauce. 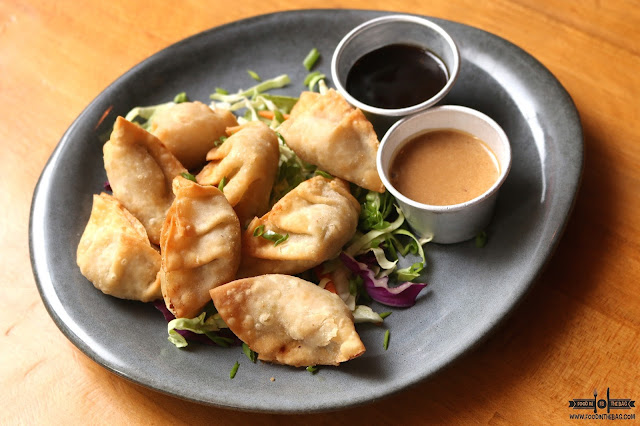 Since this is happy hour, they also had BONELESS CHICKEN BITES (195Php). Rather than having a messy happy hour, APPLEBEE's figured that having no bones is better. I got to agree with that. 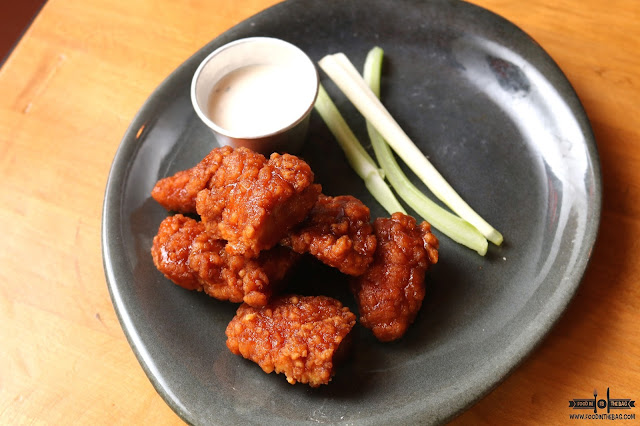 The most epic dish though was the WONTON TACO (175Php). This is just awesome. A little spicy but the tacos were perfectly made. Deep fried tacos shells were used and the fillings were straight on. 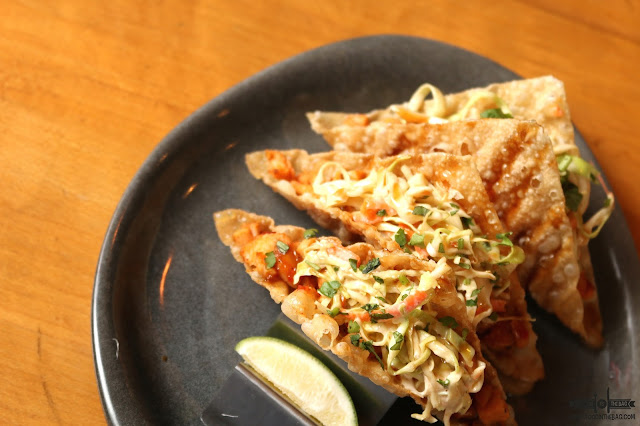 Because we were a big group, we also had the SWEET POTATO FRIES. ONE awesome fact: It is served with BACON RANCH DIP! Can you say OMG?! So freaking good that I couldn't help myself from getting one after another and dipping it in the sauce. Simple but so good. 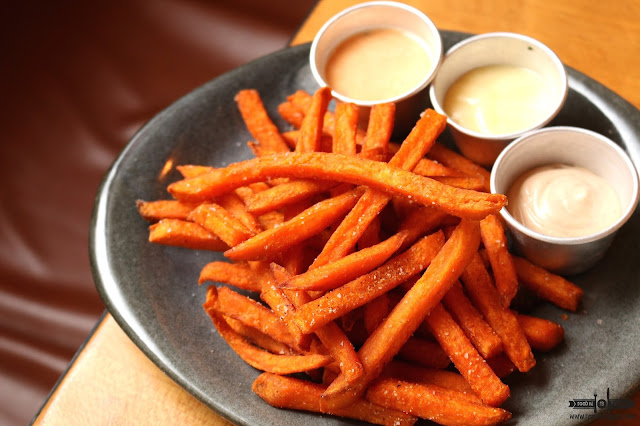 For something a little more "healthy", they had these Veggie Fries called GREEN BEAN CRISPERS. Yes, I kinda stayed away from it. 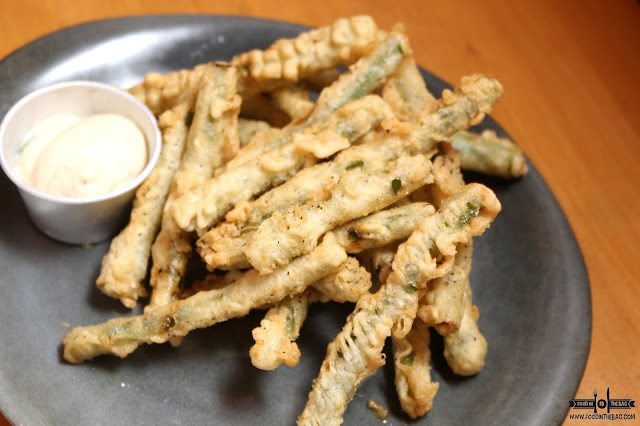 For something a little heavy, they have the  QUESADILLA BURGER. Aside from the oozing cheese, you have ground beef to make it the perfect burger. HUGE! 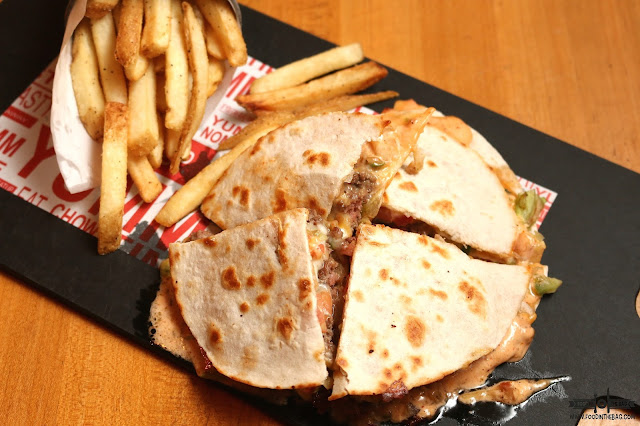 For something more familiar, they have the CLASSIC BURGER. Here, bacon are added. Just plain old fashioned burger with huge amount of bacon!!! SARAP! 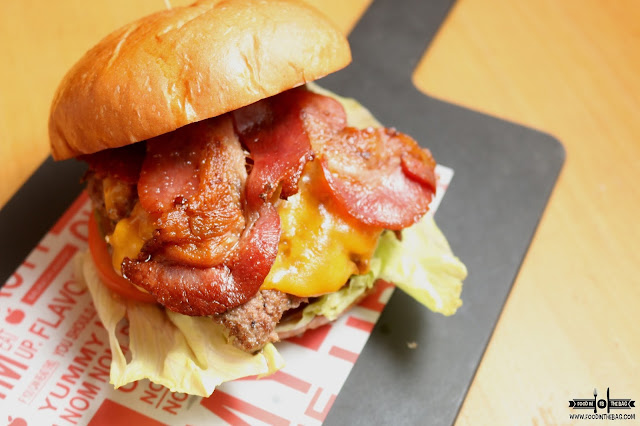 For something smoky, the BOURBON BLACK AND BLEU BURGER would be ideal. Aside from the ground chuck patty and the bacon, you have a mix of bourbon caramelized onion, jack and bleu cheese. Damn. 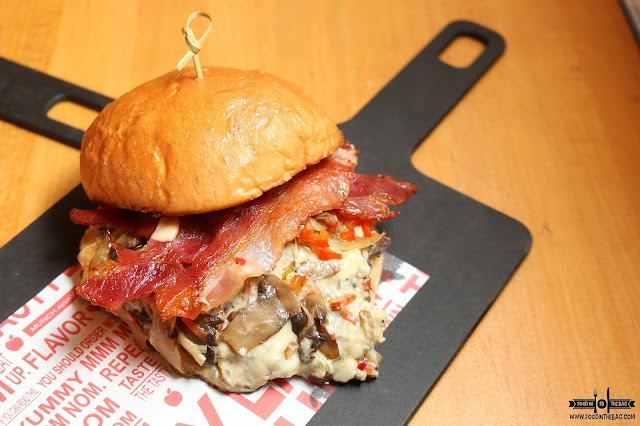 The FIESTA LIME CHICKEN is one huge dish. Chicken covered with a mix of mexi-ranch and jack cheddar. The taste is definitely FIESTASY and ideal for someone that loves cheese. 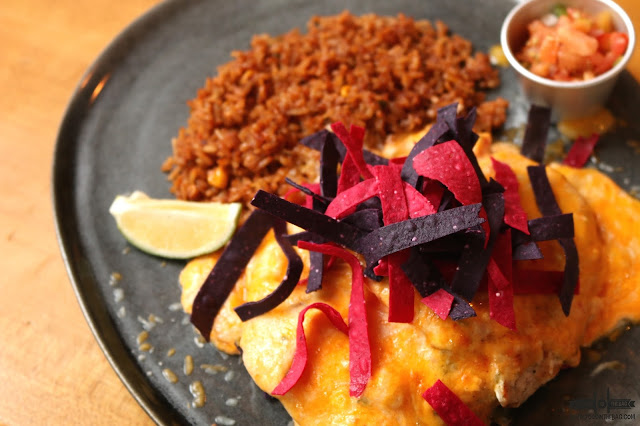 The PORK RIBS though are your bet. If you like it old fashioned, they have fall off the bones ribs. 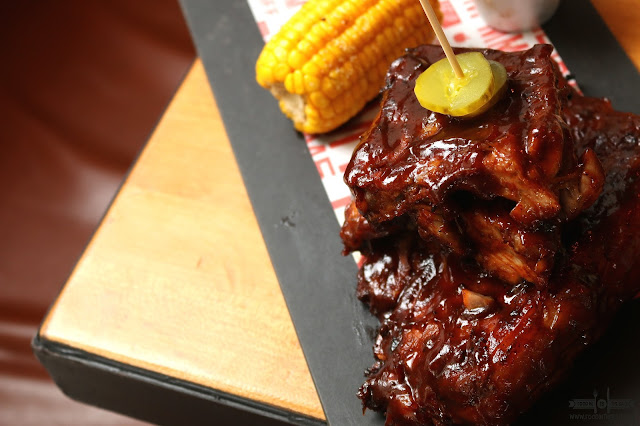 For dessert, you could go for their sizzling brownie. Please pardon me as I have forgotten the real name of this dish. BUT, that says it all. Candied pecan nuts on top of a brownie layed on a sizzling plate. Becareful though, it is a bit hot. Nice way to finish a meal. 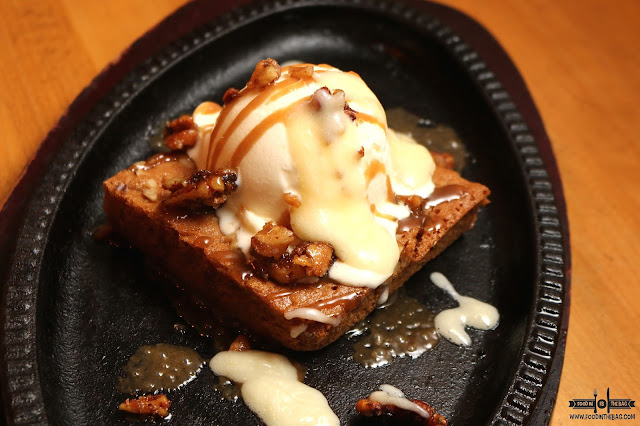 
APPLEBEE'S in BGC is a great place to enjoy happy hour. Friends, family and even love ones would have fun drinking at affordable prices. Having great choices for bar chows and drinks makes APPLEBEE'S a real competitor in the area. Will definitely return for that Happy Hour though!! YOHOOOO!!! 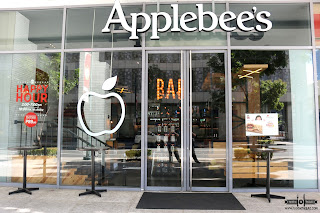 Disclaimer: was invited to try out the dishes. Wrote this based on my experience.
Tagged