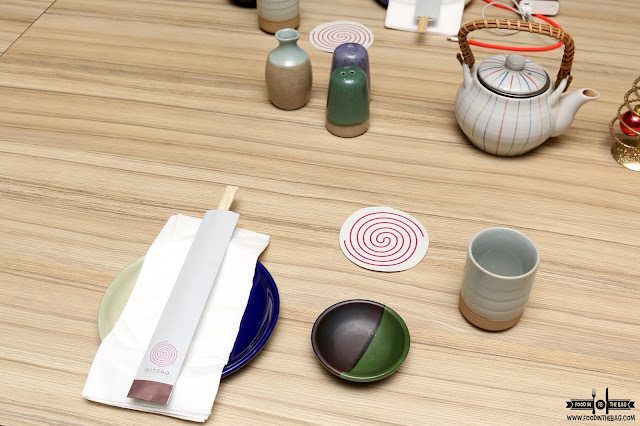 Aside from having an amazing time and a simple staycation in HOTEL JEN MANILA, one of the highlights of my weekend was having to partake of the weekend buffet at KITSHO. KITSHO is the Japanese Restaurant and Sake Bar that Hotel Jen Manila has. It's interior is reminisce of a classic Ryotei. Small meeting rooms for private affairs are present. Just in case you didn't want to be disturbed. 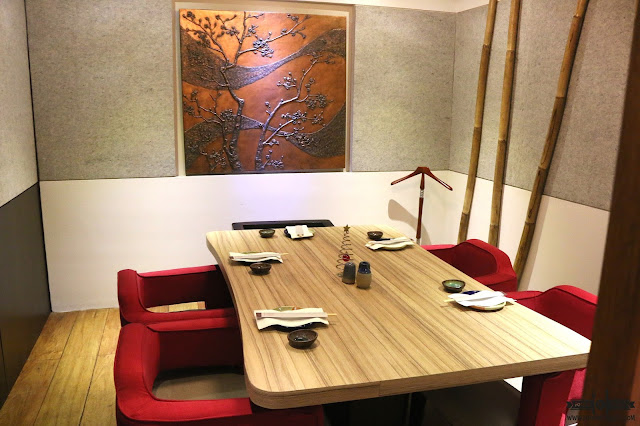 Since we visited on a weekend lunch, they offered the sit down buffet ala carte. Meaning to say, you get to have your preferred hot dishes cooked. For the price of 980Php Nett, I believe it is quite a steal. Being a Japanese restaurant, they have all the bases covered. They offered sashimi, sushi and other delectable entree.
The bar was littered with fresh seafood. From cuts of salmon and other sashimi. 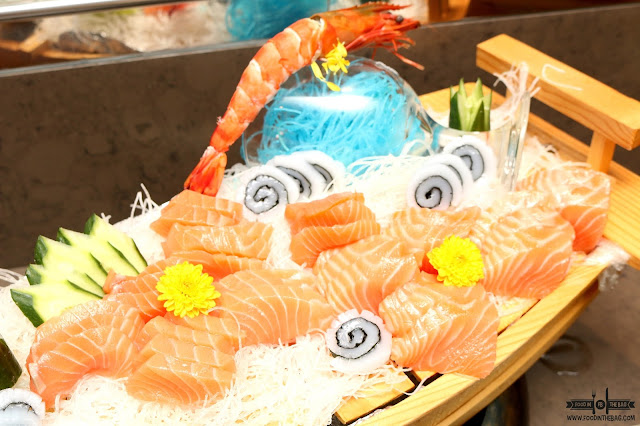 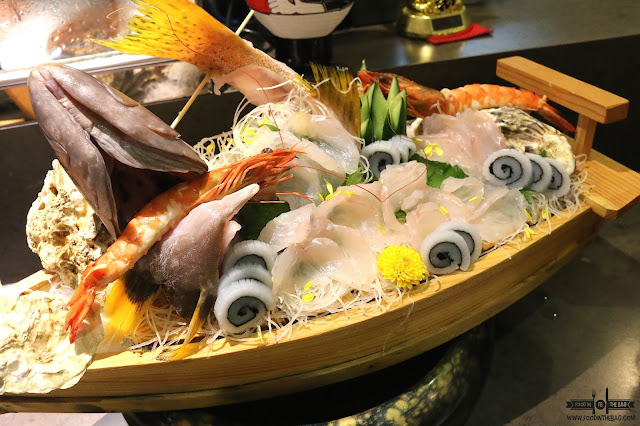 Tuna was also present among others. 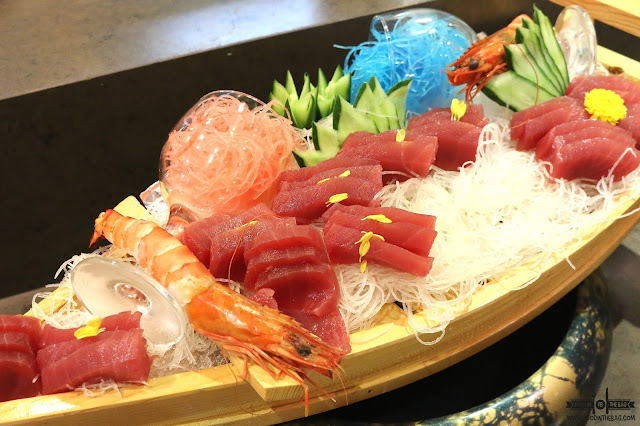 Knowing that most Filipinos are into rolls, they also had prepared a number of such. 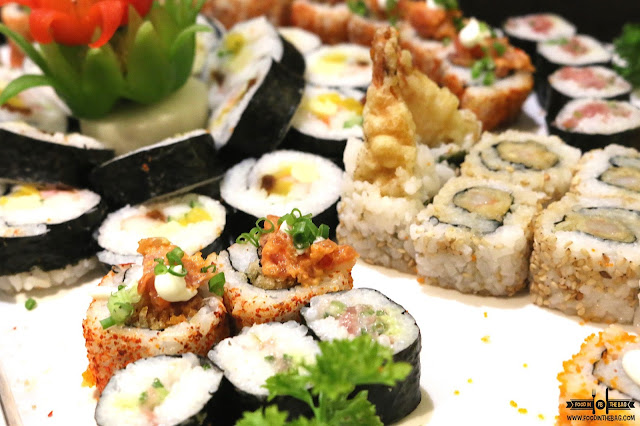 Others were done so in a way that cooked vinegared rice was placed underneath. 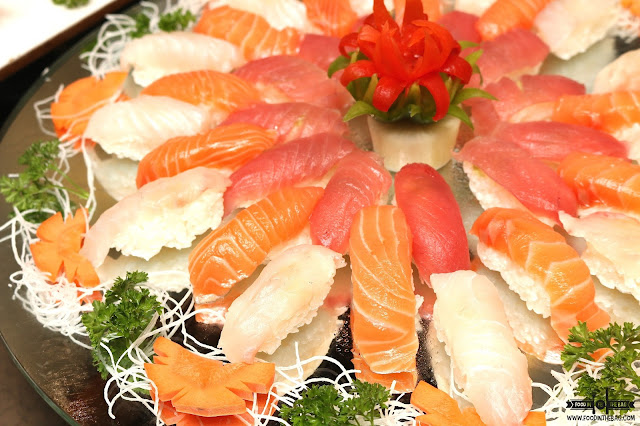 More so, they also had other dishes readily available. Like salads, soup and these asparagus wrapped beef. Although a little sweet, I enjoyed a couple. 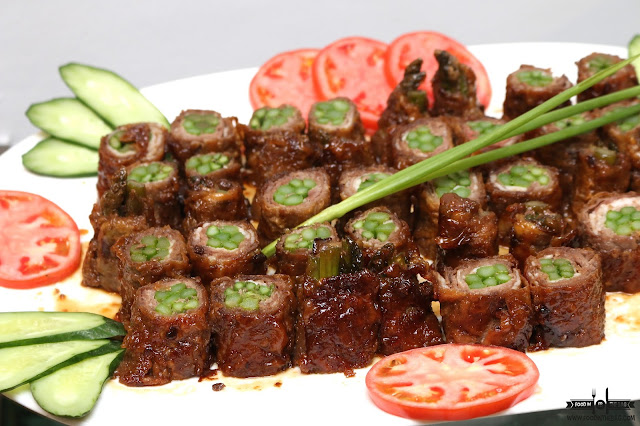 Sukiyaki was also part of the spread. It will only be cooked when you order. Not to worry though, it's pretty fast. US BEEF was used to make the meat more tender. I enjoyed this because the flavors were present and not overwhelmingly sweet. 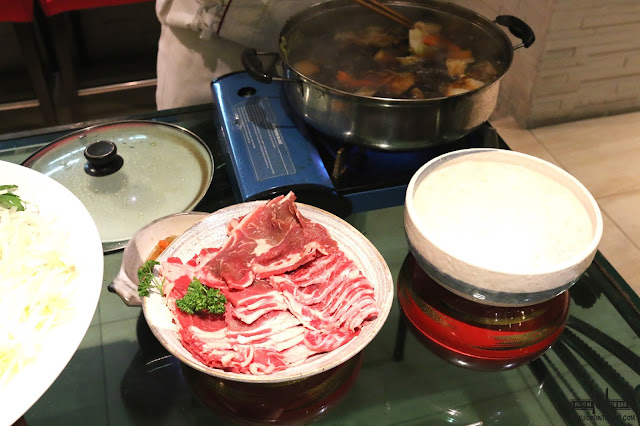 Aside from the meat, it also contained some vegetables and glass noodles. 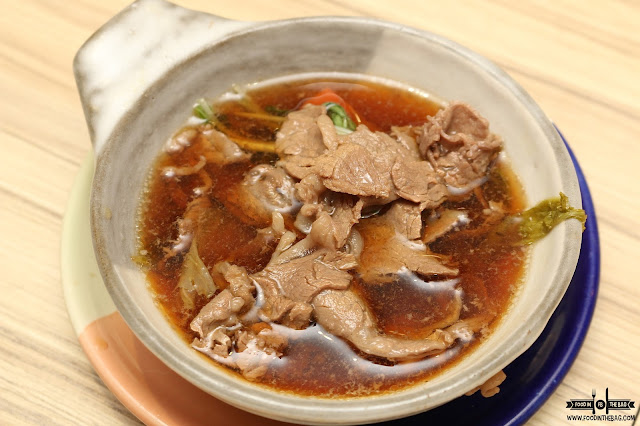 After warming up, each of the guests would be given a list of hot entrees. Here, you could pick your fancy and they would cook it for you. 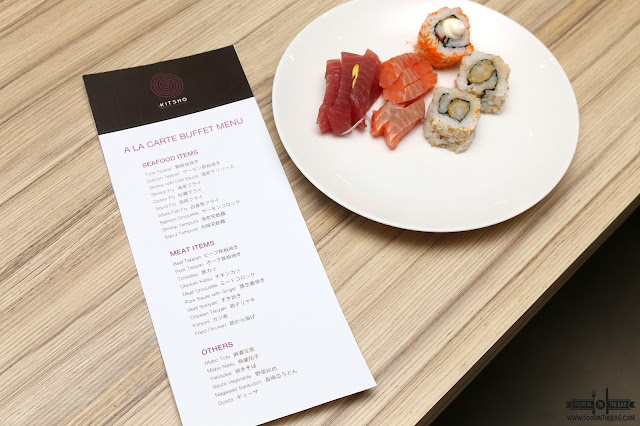 To start, we had some Yakisoba. Looks could be deceiving. This dish had a mild hint of sour taste mixed with saltiness. It was pretty good. 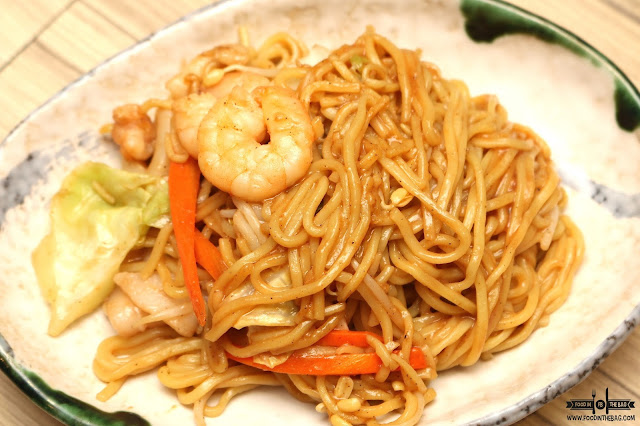 What is a Japanese Meal without Tempura? Shrimp Tempura was served. Huge shrimp and plain delicious. 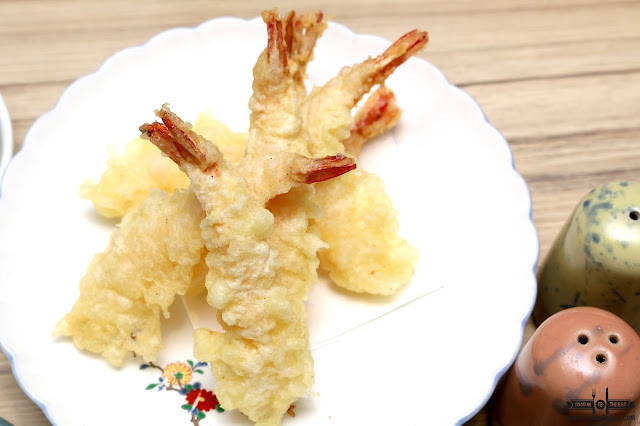 A must try is the shrimp with chili sauce. It wasn't as spicy as one would be led to believe but the sweetness blends well with the heat. 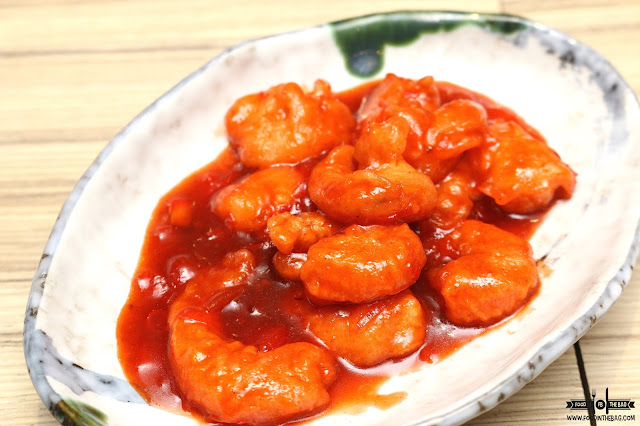 Just a note though, don't pass up the chance of having their OYSTERS! These are from HIROSHIMA. Plump and delicious. Perfectly done. This actually makes the buffet all worth it. 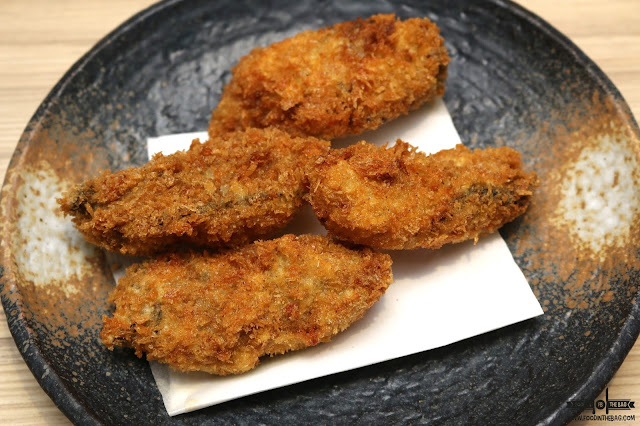 For dessert, they have fruits upon fruits that were laid out. Just there for the taking. 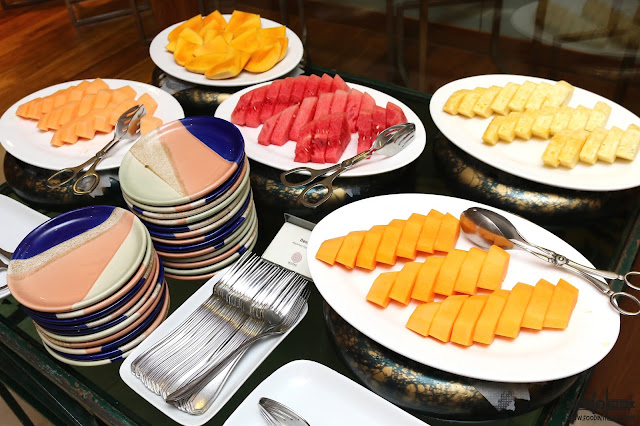 Since it was a special occasion, we went ahead and forego with the fruits. Rather we had the DIRTY MILKSHAKE. If you're familiar with scramble or milky creamy iced drink that you could buy from the streets, these are basically the same. Except that, these are on a different level. Whipped cream on top plus different toppings. 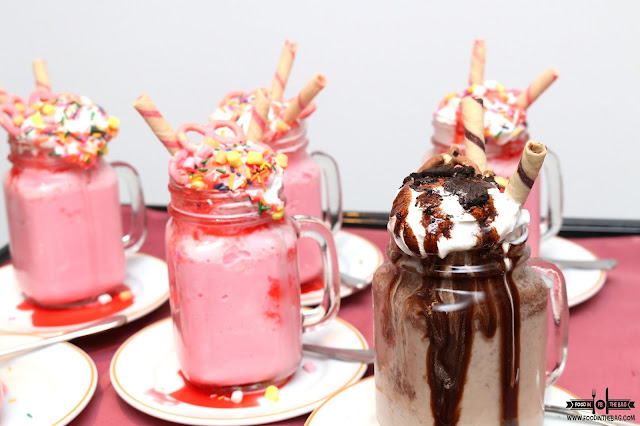 From chocolate, to banana caramel and strawberry, you could really enjoy your sweet tooth. Although it is not part of the buffet, it would be nice to give it a go.


HOTEL JEN's KITSHO is a wonderful hidden Japanese Restaurant. Aside from offering fresh sashimi and sushi, their buffet is also simply yet delicious. For the price, it is pretty much worth it. So yes, I'm definitely going back! 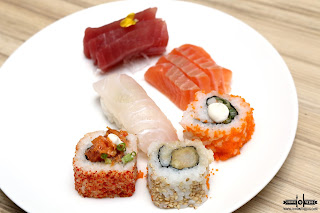 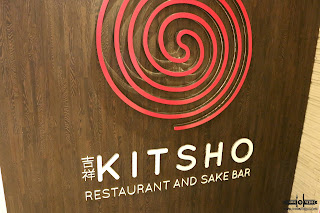 Disclaimer: was invited to try out the food. Wrote this based on my experience.
Tagged