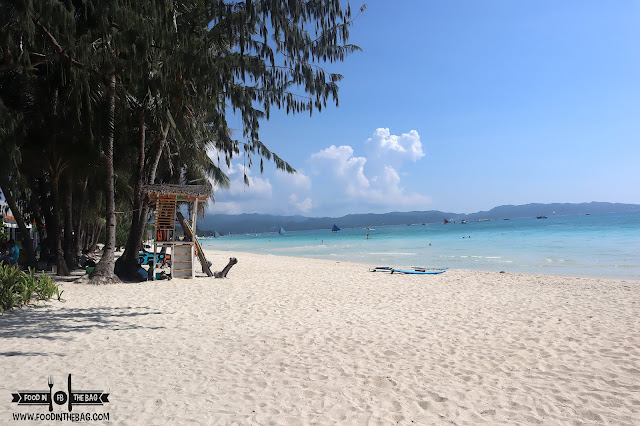 I was quite interested to see how Boracay evolved after it was closed for more than a year. I've been there quite a number of times but I usually stay in the northern part of the island. The first time I was there, we still had time shares in Fairways and Bluewater. The place was really nice and Cocomangas was the go to bar. Years later, I went there to checkout Shangri-la a few times. Also, I was invited to see how Hennan Crystal Sands was doing just a few months prior to Boracay's closure. 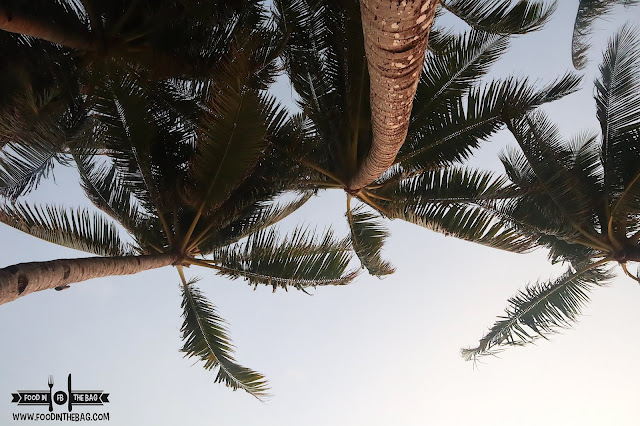 This time around, I was quite interested with the new policies and restored look that Boracay has. I went ahead and waited for a travel expo and got a relatively affordable stay at BLUE MARINA in BORACAY. Stays at Blue Marina included transfers. 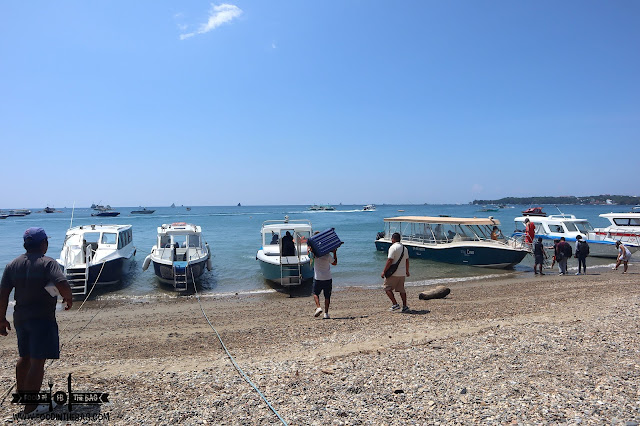 After arriving in the CATICLAN Airport, the transfer service of BLUE MARINA was waiting for me. Thankfully, I was the only one that they were picking up. Compared to other big name hotels, most of their vans are packed. From there, they assisted and brought me to the jump off point. Reminisce of my old experience with Fairways, a number of hotels were actually using their welcome station for their guests. There, you could use the toilet and freshen up a bit. They would then bring your stuff to the waiting speedboat. This would ferry you to Boracay's Jetty port. From there, a van would transfer you directly to the BLUE MARINA. 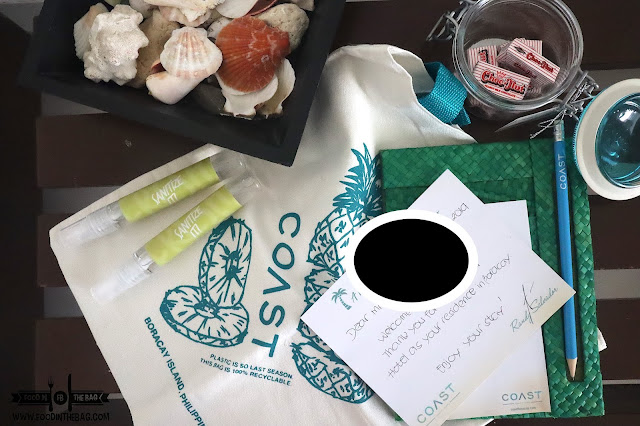 You might wonder what's the difference between the COAST and BLUE MARINA. BLUE MARINA is situated between the border of station 2 and 3. It's quite near Station X and is located a few minutes walk towards the beach. That being said, it is quieter and more tame compared to having your room right smack in the middle of the beach front. Furthermore, as a guest of BLUE MARINA, you are able to use all the facilities of the COAST. I'm getting ahead of myself, so I'll expound on them a bit later. 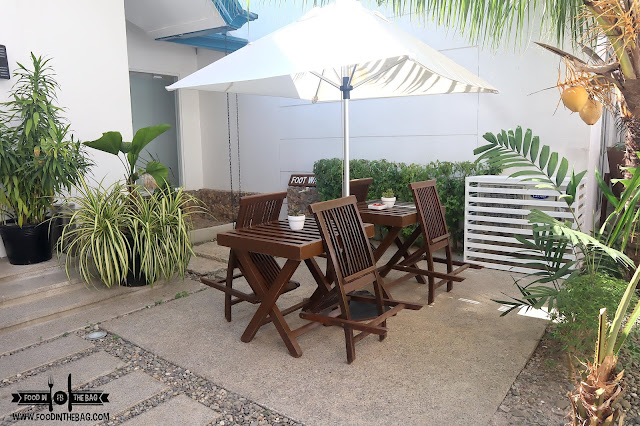 After arriving, you will see how beautifully laid out the garden area of BLUE MARINA. You could just relax and enjoy your time there. If it's a bit humid, you could stay inside and just chill in their lobby. There are a number of chairs and tables inside as well where you could eat your snacks. 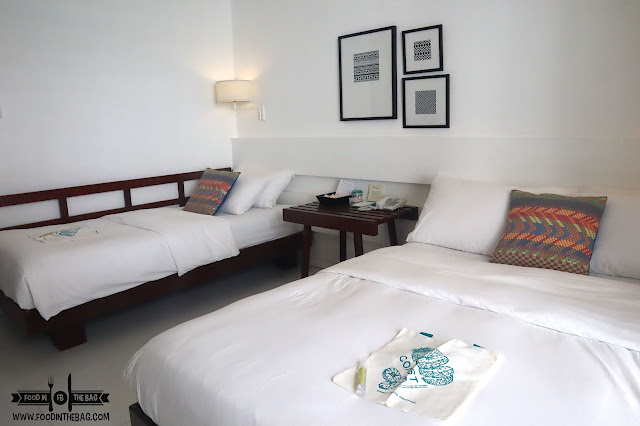 Even if I was staying alone, I was given a room that could accommodate 3 people. I had a tv, telephone, alfresco area, a toilet, and a desk with chair. There's also a small refrigerator and mini-bar for your needs. The alfresco area is small but this is where you could hang your wet clothes. 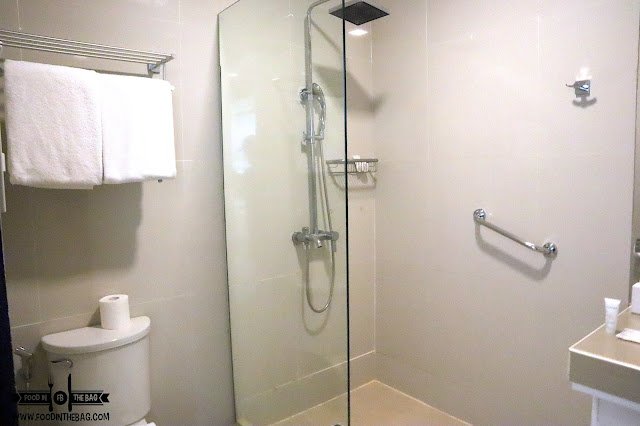 The toilet area is simple but all your needs are provided for. Water pressure was good and there's a bidet. Once you've settled down, the staff would actually inform you of the different perks that come with being a guest at BLUE MARINA. 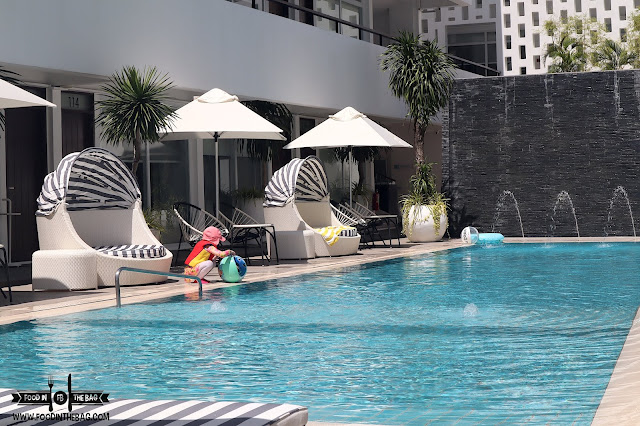 Since BLUE MARINA is operated by the same people behind the COAST, you could use the COAST's facilities and perks. One of them would be their beautiful pool. There's two of them that you could lounge in.  PROTIP: head here during the afternoons. It's a good 5-10 minute walk to and from but it isn't that far. 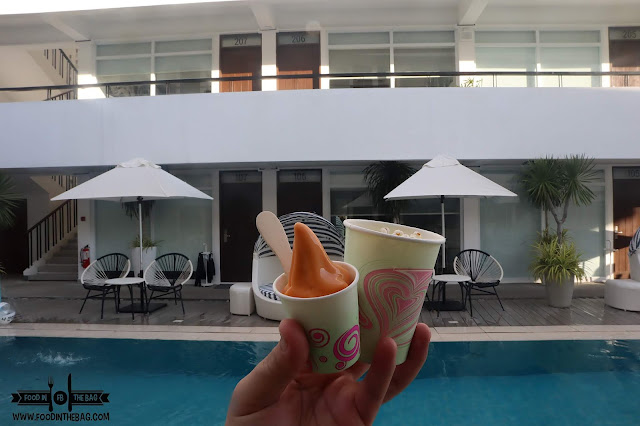 After lunch, they offer unlimited popcorn and sorbet up until 4 or 5pm. If you don't want to stay in the pool area, they have a game room that has table tennis and other things. There's also unlimited cold water there so you can keep yourself hydrated. 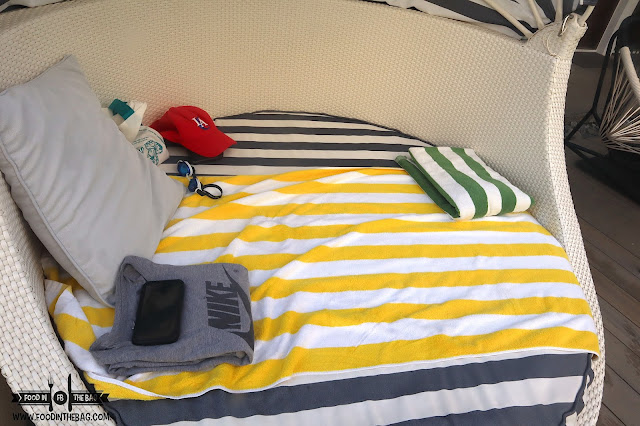 Another thing that makes the COAST and BLUE MARINA stand out would be their hospitality. You don't need to ask any staff around. If they see you're going to the pool and use a lounge chair, they fix it up for you. They even fold your clothes and offer you snacks or cold water. The same goes with their beach front. If they see you, they offer to put a beach bed and have a waiting glass of ice cold water for you as well. PROTIP: After lounging at the pool, at around 520pm, head on over to the beach front of the COAST. There, the staff would prepare a beach bed and assist you with your needs. 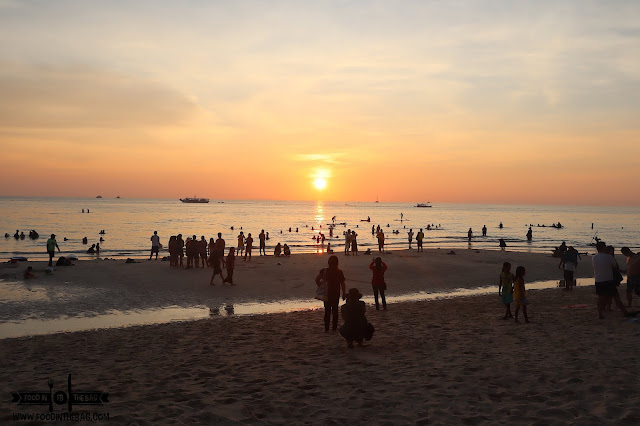 The reality is that BORACAY is filled with tourist. Frankly, there's roughly 2/6 Chinese, 2/6 Koreans, 1/6 Filipinos, 1/6 westerners. Sunsets or late afternoons would be the best time to head on out to the beach. The cool breeze would definitely make you forget about your worries. 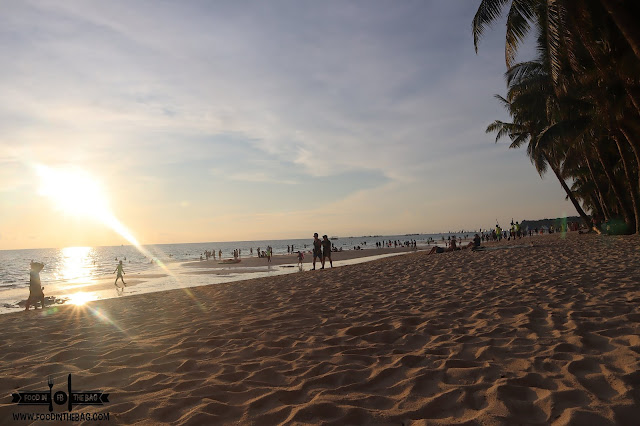 If you're going around Boracay, it's quite easy to walk. Granted it might take you 15 minutes to get there, sometimes it's better to ride a tricycle. One of the things that changed in Boracay would be the traffic and the road network quality. The roads became a little bigger and they now have loading and unloading areas. One thing to note would be that some of the tricycles are now electronic. Another unfortunate thing I learned though was that the drop off point for hotel shuttles in D'mall or station two was moved to a farther site. Also, the roads aren't quite fixed yet when it comes to station one and other parts of the island. 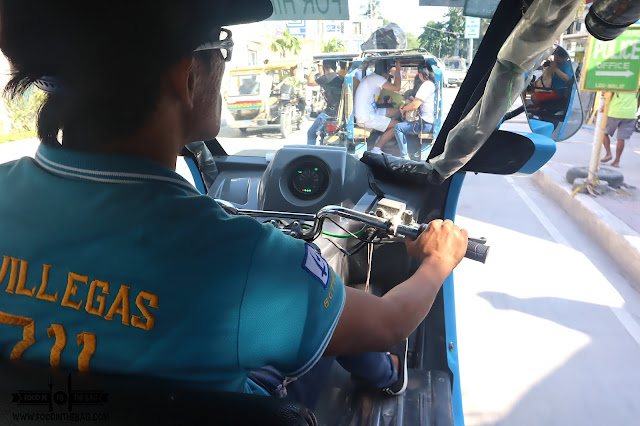 Going back, BLUE MARINA and the COAST both offer massage service. Unfortunately, they are a bit pricey compared to the ones that have their own spot in D'mall or station 2. I would suggest checking those out if you really need a massage. 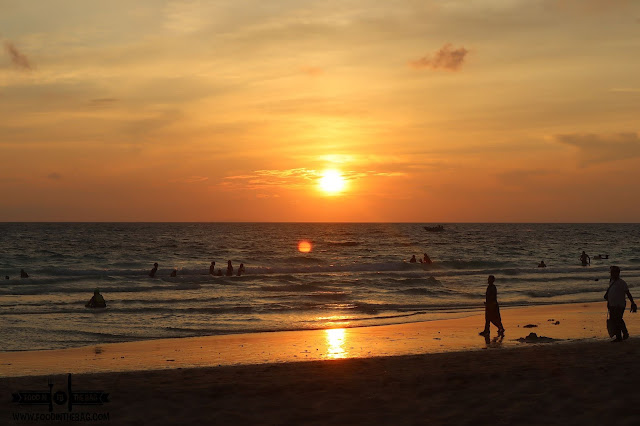 Breakfast at BLUE MARINA is a little different compared to THE COAST. The Coast offers a buffet style breakfast. In BLUE MARINA, the staff asks you to order the night or afternoon before. Here, you get to pick breakfast sets that are actually available ala carte if you visit Cha Cha's. Cha Cha's is The Coast's in house restaurant. 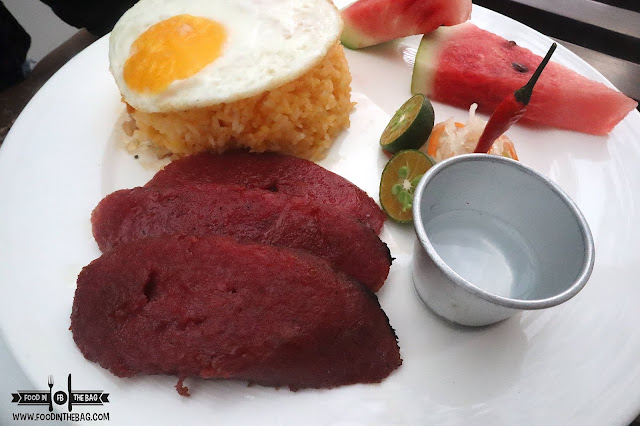 If you're a Filipino food lover, their sausages are pretty good. If you had a long night, the hungover breakfast special would work. PROTIP: you can ask for rice! 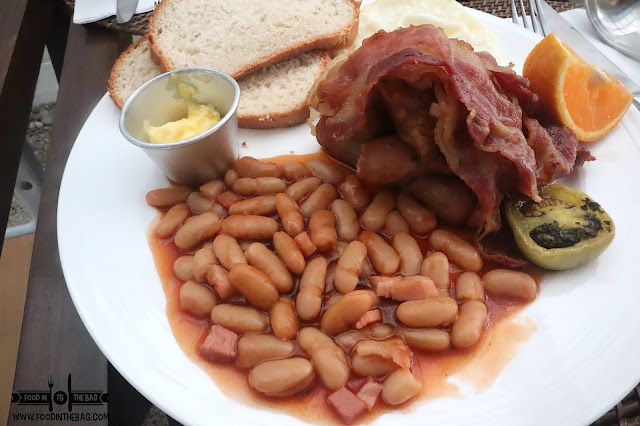 They also have vegetarian menu for those wanting something healthy. 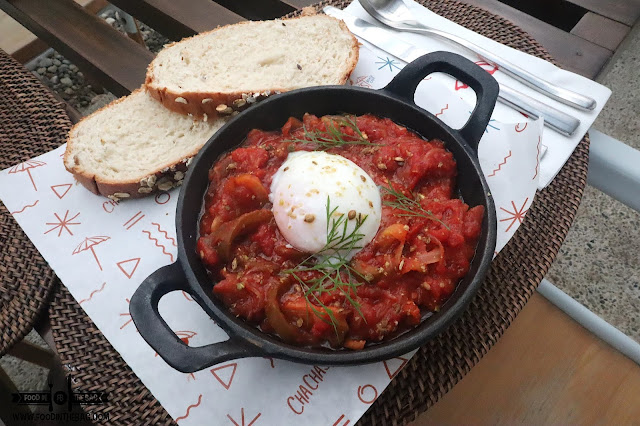 You don't need to worry though as they have a mini-buffet line in BLUE MARINA. There's a number of cakes, bread, jam, cereals, soup, coffee, tea, juices to choose from. If you have the chance, try the UBE CHAMPORADO. It's really good. PROTIP: you can set what time your food would arrive. You can also ask them to serve it in your room. Best bet to have it served in the lobby just because they could attract ants big time! 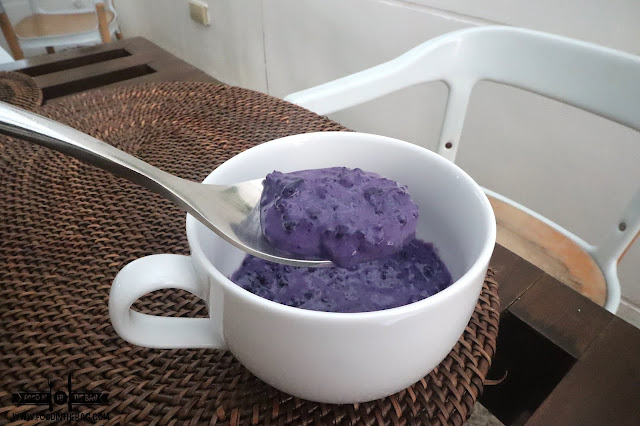 Hospitality wise, BLUE MARINA and the COAST is worth every penny. The fact that I was able to book my stay at roughly 60 USD a night (good for two), I'd say I was really lucky. That included transfers from Caticlan Airport and even Breakfast for two. 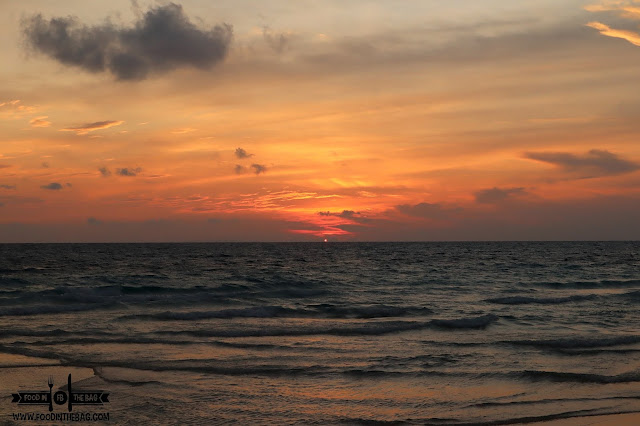 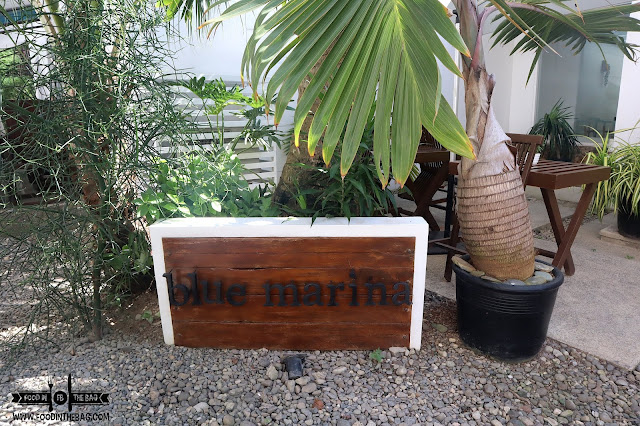 
Disclaimer:wrote this based on my experience. paid for my stay and meals.
Tagged