A day after Earl's immersion, my family and I ventured out for lunch. It was a Monday and the boy didn't have any classes. Since I had some unused coupons, I suggested we go to Nomama. 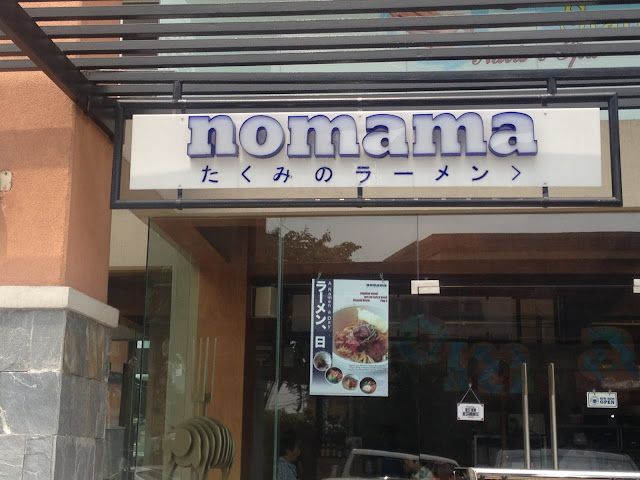 There have been a lot of reviews about this place. Some were positive, others were not so. I guess we just had to try it out for ourselves and be the judge of that right? 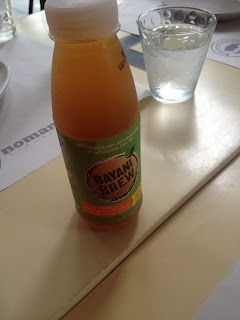 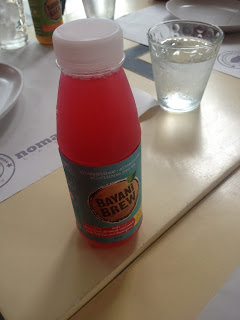 We started things off with some Bayani Brew. These iced tea were a bit different. In all honesty, I didn't like the taste of lemongrass mixed in. It was somewhat not there and I just gave mine to my brother. 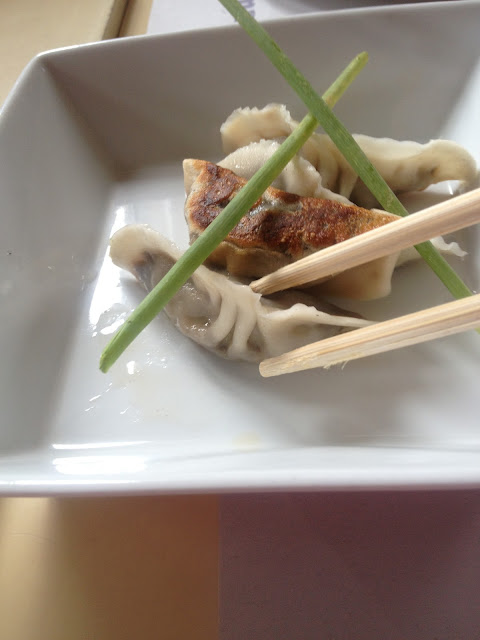 I ordered some mushroom gyoza (125Php).  The server informed us that it was already well seasoned. Thus, there would be no need for any dipping sauce. 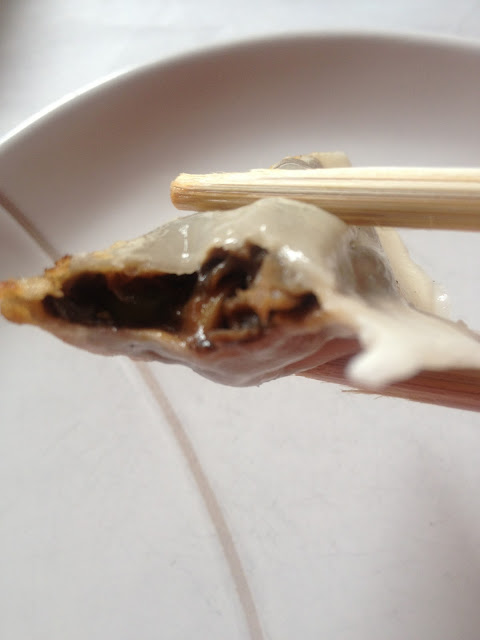 The shitake mushroom was the dominant flavor. Too much so that I didn't taste the other components. 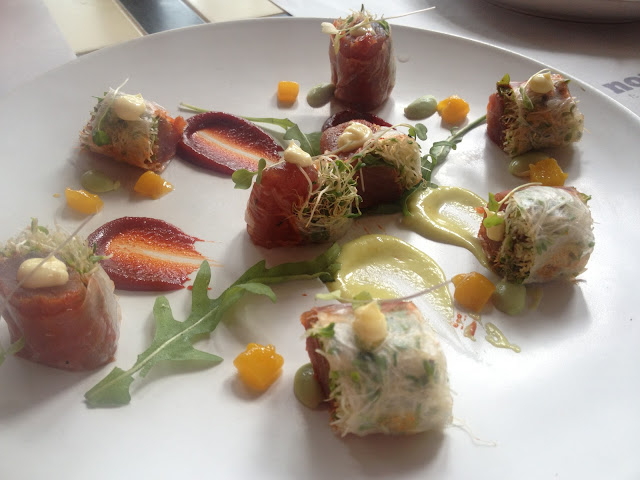 The tuna spring roll (320Php) was a little spicy. The addition of the alfalfa didn't really go well with it. I would remove the greens and just go for the tuna. 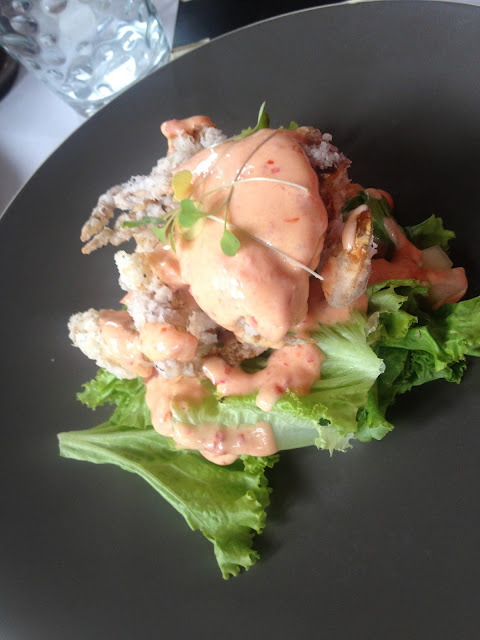 Soft shell crab salad (275 Php). The crab was done perfectly as it was crunchy and cooked perfectly. It reminded me of Yabu. The sauce was spicy. Needless to say, my father and mother stayed away from it because of its hotness. They thought that it would have been a bigger salad to share rather than a few greens and a piece of crab. 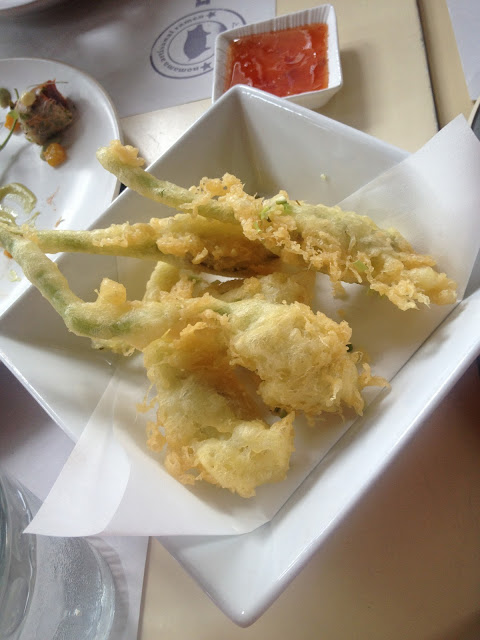 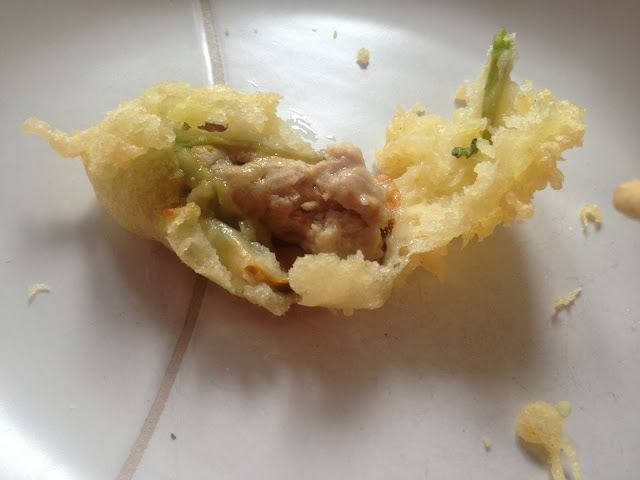 It had a pork based filling inside. Crunchy and quite tasty. 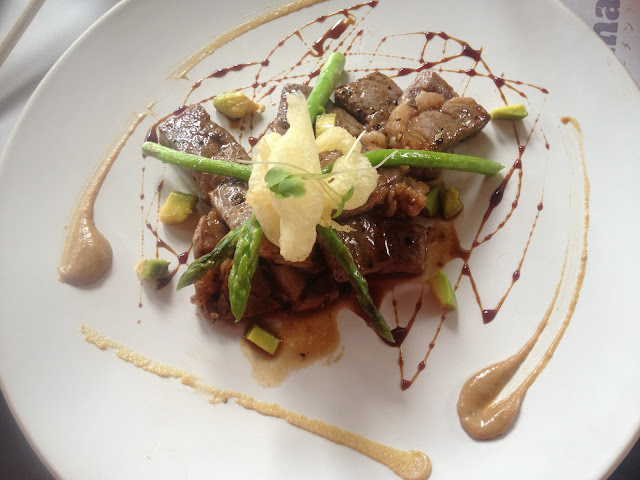 The rib eye teppan(650Php) was soft and delicious. The flavor was ravenous. The only part I didn't like about it was that it had a lot of fats! 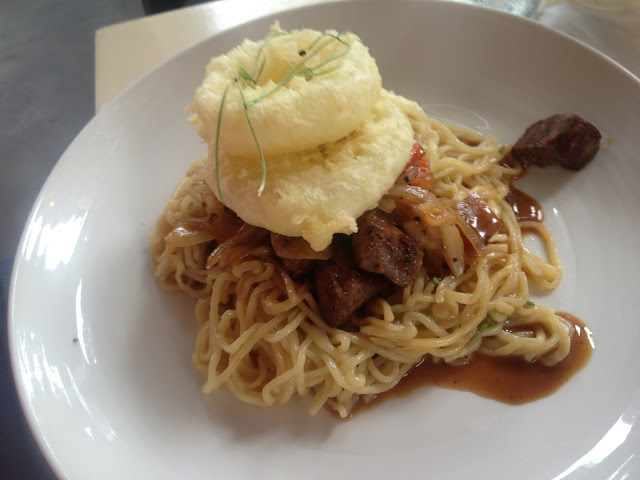 Wagyu Ramen (590 Php) was separated from the soup so as not to overcook the steak. My brother loved this and actually ate all of it. I was only able to take a small sip into the broth. The broth was savory and was flavorful. 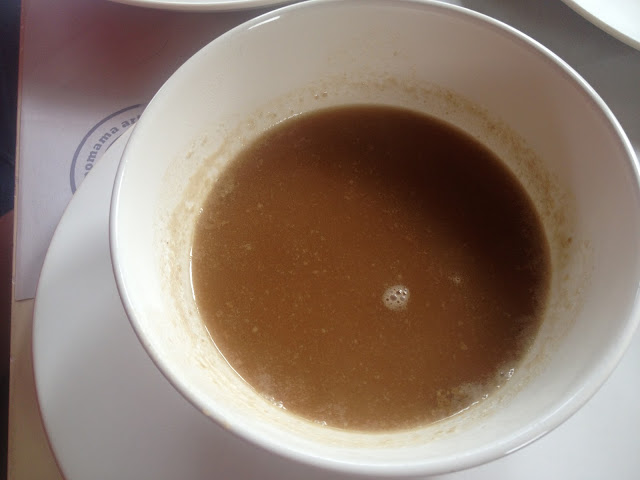 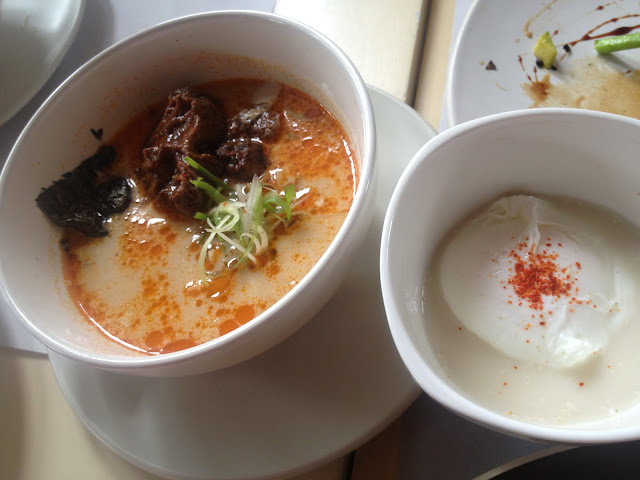 We had the wagyu beef cheek ramen (550 Php) split into two for my mom and dad. In all honesty, they didn't finish it. The beef was soft. The milk based broth just wasn't giving the oomph needed for the ramen.


Since we weren't done yet and was asking for more, we went for desserts. 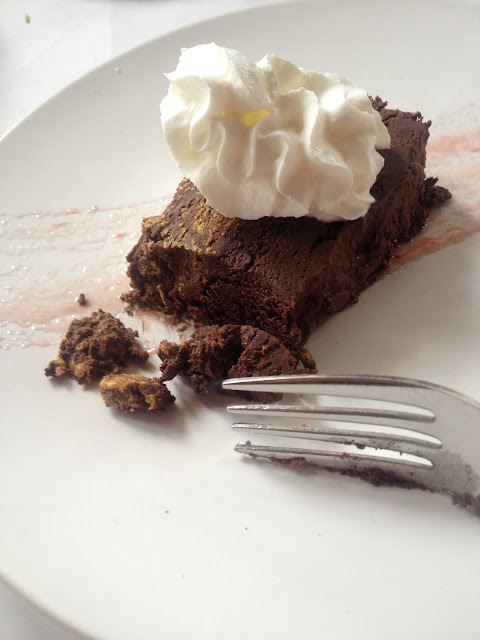 The kit kat bar (175 Php) was delicious. I personally loved the crunchy part. 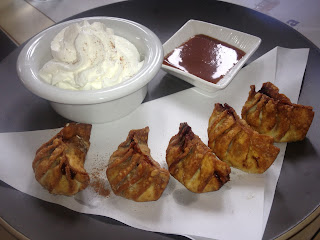 The apple gyoza (275 Php) was deep fried madness. It somewhat reminded us of Mcdo's apple pie but the syrup was tremendously mouth watering. The whip cream with the dash of cinnamon powder added to the lovely dessert. 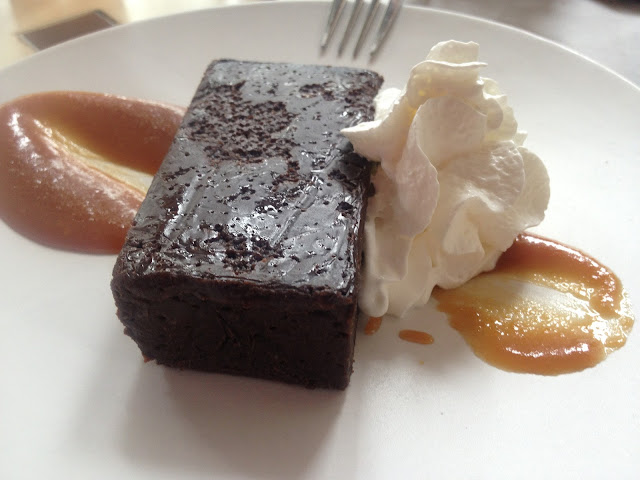 The flourless cake (175 Php) was moist and smooth. The syrup on the side was a reminder of a childhood candy. I just couldn't for the love of me remember what it was. 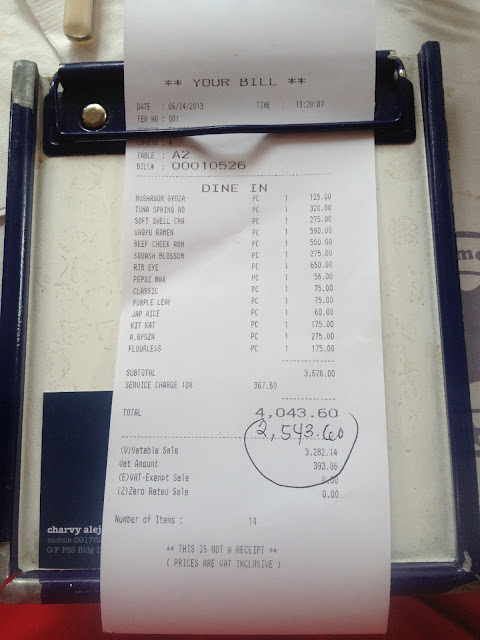 The plating of the food were exquisite. Everything looks good. However, I wasn't impressed with some of their dishes. The ramen wasn't served deadly hot and was in dire need of more oomph. The desserts were spot on. I guess that is the best part of the meal. For the price we paid, we could have gone to a buffet place that had more to offer. In hindsight, we should have just went for their lunch set menus.