Ikeaaaaa Love you! ! ! ! Death by Meatballs

Four letter word that give me goosebumps. It makes me kilig. Sorry! It ain't LOVE.
Its FOOD! LOL!
Who would have thought that one of the best dishes I tasted in Singapore would be in a store that sells appliances and home decors.LOL! IKR
After my unsuccessful Clarke Quay visit ( click here), we went to Ikea Alexandra. I have been hearing great things about this place especially their meatballs. It was already past 9pm when we arrived. Our tummies were a little bit stretched but still wanting needed to eat dinner. 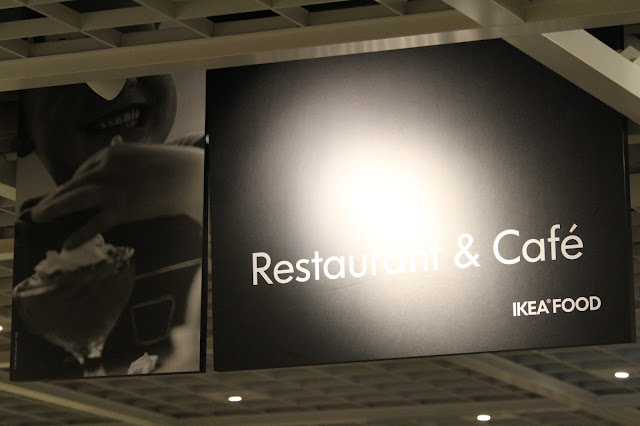 This sign was all we needed to guide us to where our tummy would be happy.
When we went to line up, a blur was all I saw. It was already past 9pm and the lines still stretched long.
Another line argh! Another line!!!!  Did I mention I hate lines!
After 20 minutes of waiting, S and I got to their mini ref area that serves drinks and desserts. Just get what you want and put it on the tray. 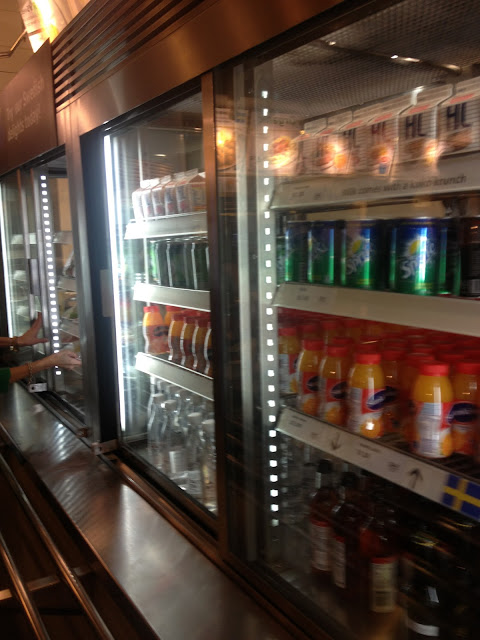 The place had a canteen like feel but everything was clean. The auntie on the counter would ask what you want and would put it on a plate. Go to the cashier and pay! That simple!
After ordering in an efficient rushed manner, we searched for a cleared table.
First up would be the deadly meatballs. One would think that these would be dry and end up as useless calories. No, my dear friend, you would be absolutely wrong. They were juicy and light. The sides definitely compliment the balls. The texture was smooth and amazingly yummy.
The sauce made it easy not to chew but to swallow the damn thing!
(I am so sorry for not chewing but I got to put them in my mouth before the other girls NAMELY C beat me to it! LOL.. Have I mentioned that C eats more than I do?!But still stays sexy and fit.)
One could just pop it into your mouth and never stop. This would be another reason for me to go back to Singapore. OMG! Seriously! ARGH!
Yes, naglalaway po ako habang sinusulat ko ito. (I am drooling while I am writing this!)
The chicken was fried just right. It wasn't oily and it had that right amount of crunch. The flavor was great compared to other normal chicken found in a number of fast food chain.
This cake isn't just plain dark. It had this crunch factor underneath it. It tasted like there was some coconuts involved. This definitely made our tummy go yumyum! 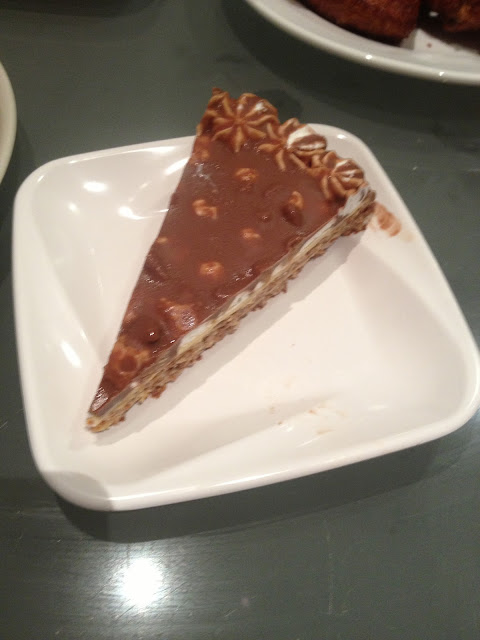 The butterscotch and chocolate cake was just all right. I didn't like this as much as the dark chocolate. It was C that wanted this as she held the line and went Ref diving to get a slice! LOL!!! (Siya na ang gutom!!!) LOL!

The thought of the meatballs makes me freaking salivate. As in seriously! Wait I think I said that already. Argh! Double drool! For the cheap price and the casual vibe, I would definitely go back here. To think, we only spent less than SGD30! Amazing ey! Now if only the rumors and the talks on bringing IKEA here were to push through, I would be in meatball heaven!

Ikea
http://www.ikea.com/sg/en/
There are two Ikea stores in Singapore.
The one in Alexandra is nearer to the Center than the one in Tampines 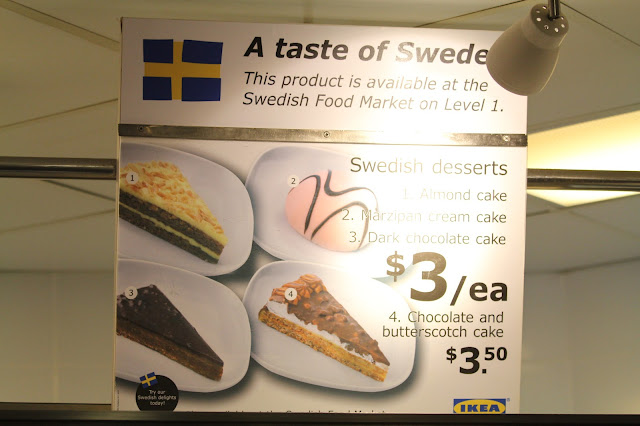 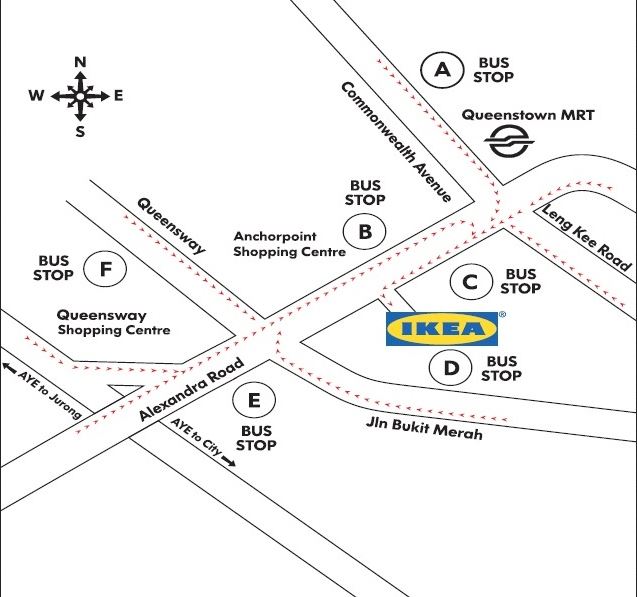 If you have the extra cash to spend, I would definitely advise you to get a taxi to go here. It is quite far from the MRT and if you aren't a local it would be difficult for a tourist to navigate a bus ride.
If leaving, I would suggest you go straight to the road and a get a taxi there rather than waiting in line at IKEA. It would be much faster. As for us, we crossed the road via the overpass and got in a taxi within 2 minutes. The long lines could definitely be a problem if you bought a lot though! LOL!
Tagged