Thank you Lord! My prayer last Vday Weekend 2013 was answered. It was because I had no where to bring the person I was dating back then. Thankfully, Friday night was the day Paramore was playing here in Manila. Whew!

I managed to score some tickets. Those that had access to the mosh pits and had seats. :D :D :D 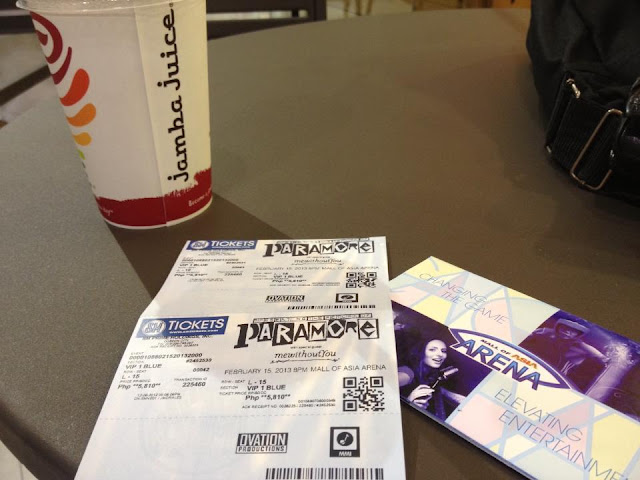 Around 4:00 in the afternoon, there was already a huge gathering of Parawhores! Grabe! Long epic lines!
My date and I entered the venue a few mintues past 7. Thankfully we got a little close to the stage! LOL! Thank you moshpit!
As minutes passed, more and more people came in and it was as if the moshpit came to life. 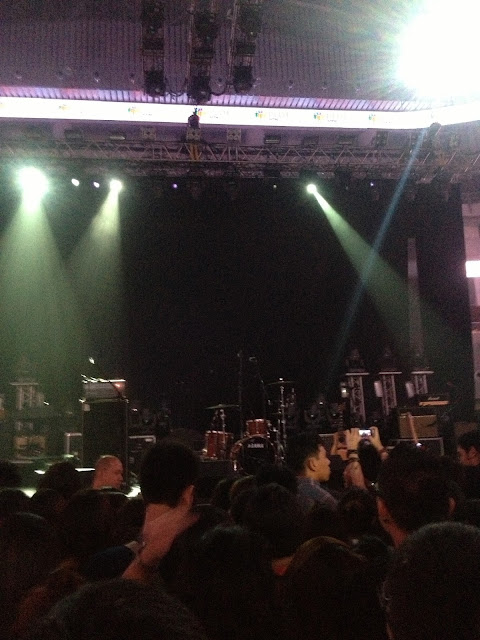 MeWithoutYou was the front act. They were a decent band :D
I noticed that The Arena's acoustic isn't that great compared to Araneta's. It just sounded off at times.

After the short set, Paramore entered the stage!!!!!
HUWAAAAAAAW!!!!!! 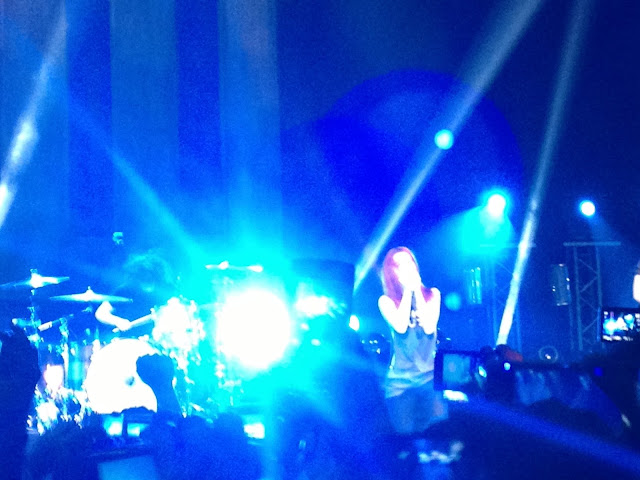 Hayley's voice is just amazing. She definitely could hit the high notes and even sustain it! 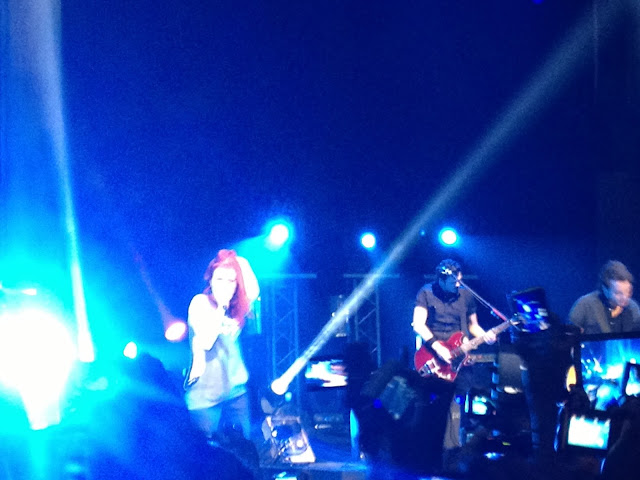 I couldn't really get good shots of Haley because the crowd was moving left and right. There were even instances that we would have might fallen. We swayed left and right! Front and back! There was a lot of shoving! I had to cover my date with both my arms just to shield her. Think bear hug! Chancing moment it was not! AS IN! Geeez! 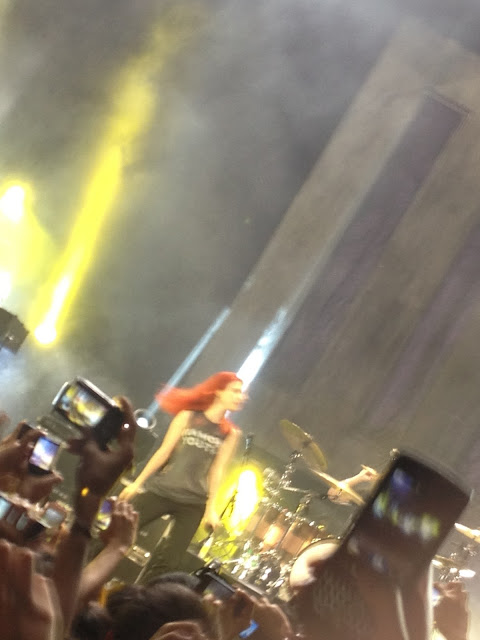 It became a bit dangerous that my date forced "invited" me to move out of the crowd! Argh! As we were going out of the pit, a guy fainted. I had the duty of helping him out and dragging him to a chair. I went to a bouncer and asked for first aid.
DEADMA ang nangyare. Sad! Totally different from my experience in Araneta Concerts for Maroon 5 and LMFAO's moshpit. Tsk Tsk Tsk.
Anyway I checked on the guy and he was resting on a chair with his friend. I, on the other hand, went to my date and just relaxed.
For the finale, Hayley did something amazing. I think this is rarely seen in concerts nowadays.
She pulled a fan from the crowd and asked her to do a song with her. It was misery business no less! ARGGGH!!


Pardon my french. I blurted some explicit words because of sheer envy!
Ang swerte ni VANESSA!!!! So sorry I had to take this vid from far away because my date wanted to rest already. She couldn't handle the moshpit's wave. 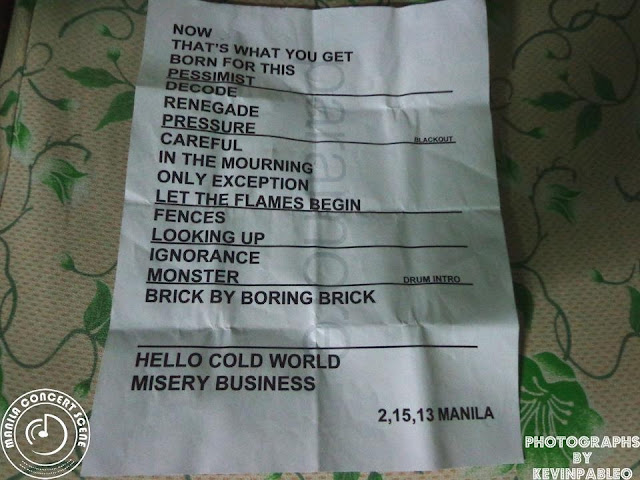 I just hope that Moa Arena could improve on safety of its patrons. Maybe they could also add some proper equipment to fix their acoustics and sound delivery.