During my final year in college.. back when BGC was still new.. and the Fort was the place to be..
my friends and I went on over during a school night to eat and relax from all the taxing thesis and completions and what not.. 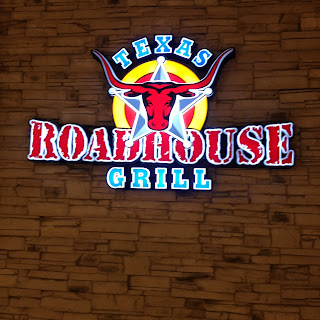 Fast forward to today.. and I see the restaurant we ate at expanded and made its presence felt in one of my favorite malls in the metro..
Hello Texas Roadhouse Grill
After a relaxing spa session with the family at The Spa.. we were quite hungry... I mean it was already past 2pm and we still didn't have lunch.
We went on over a few stores away and saw this grill place.
It was surprisingly full. There were a lot of people still eating and that they expanded and had tables outside the store. So I'm thinking they maybe good..


We got a booth inside and it had this whole cowboy theme going.
For me the place exudes a Chili vibe and fill almost same menu...but I guess the execution would be the key. LOL!

We were given a plateful of complimentary dried peanuts 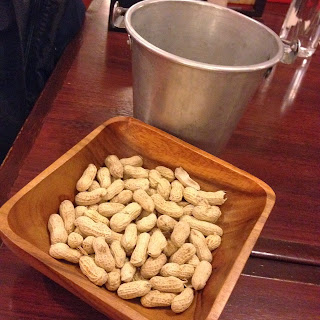 We actually have a whole bag of these at home so.. yehey more nuts!

I tried out their strawberry daiquiri (120PHP). 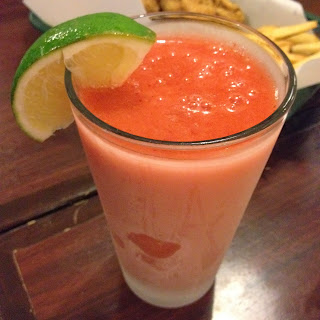 I got to say that they used some artificial (powder) flavoring in it. It was hard to really taste the strawberries but i guess for the price... it was okay.

The service was somewhat fast and off we got our food pretty quick...

The seafood basket (395php) was basically breaded seafood (duh!) with some fries. 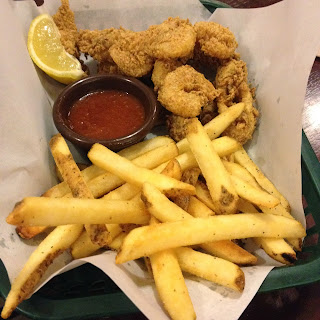 I liked the way it was fried and all with the shrimps and calamares and fish but it all tasted the same. Oily and deep fried.. hahaha! 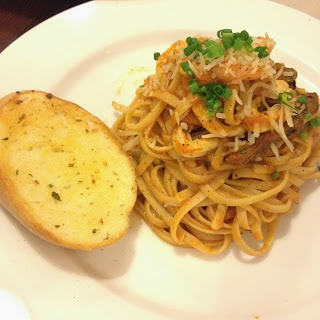 The taste was wanting.. It was a bit bland to the point that it was as if there were only noodles there. They said it was supposed to be spicy.. well it wasn't :(

We also had the Parmesan Crusted Fish Fillet (350PHP). Just in case we wouldn't like the stuff we got. 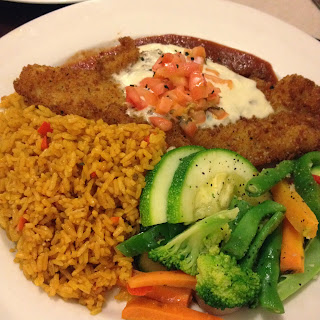 The fish fillet was :(. I mean if it was parmesan crusted, the cheese flavor wasn't there. I don't know if they used old oil but it seems all of their deep fried food that we got.. had the same taste. 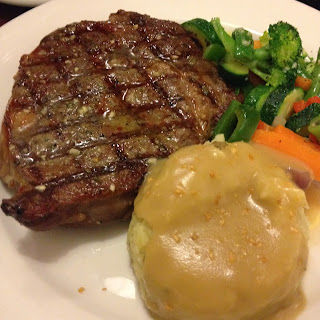 It wasn't that great. It was a little bit so-so. Yes it was soft but it seemed that they cooked it pan fried style. I could taste the oil coming from the one they used for the deep fried stuff. The flavor was ruined. I tried to mask it with some steak sauce but it just wouldn't work. I hope they improve on this. The quality of the steak was great since it was really soft but the cooking process i guess needs to be tweaked on.

and something I didn't like was that my salad.. which I believe is supposed to be served early on.. was the last one to get to our table.. weird right? 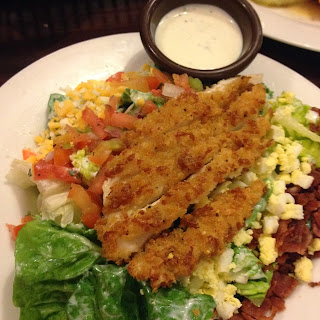 This was their best seller in terms of something healthy.. Southwestern Cobb Salad (290/430Php). It had everything oily from bacon to breaded chicken and everything else. LOL! If you would like to mask a healthy salad with extreme deadly add-ons. This would be your go to. I liked the greens as they were fresh. I just moved the bacon and the different deep fried on the other end.. Trying to go healthy ... hahahaha damn new year.

The service and the staff were extremely pleasant. I just had a hard time eating because I guess the flavor should be improve. Budget around 500-600 / person.

Disclaimer: I paid for our food. I wrote this post based on my experience.
I wasn't asked to make a post on this.. 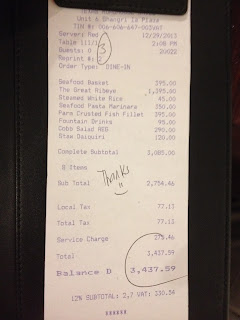