After our quickie in Shawarma Guys (click) , my friend F and I went around and had one or 2 "nightcaps". 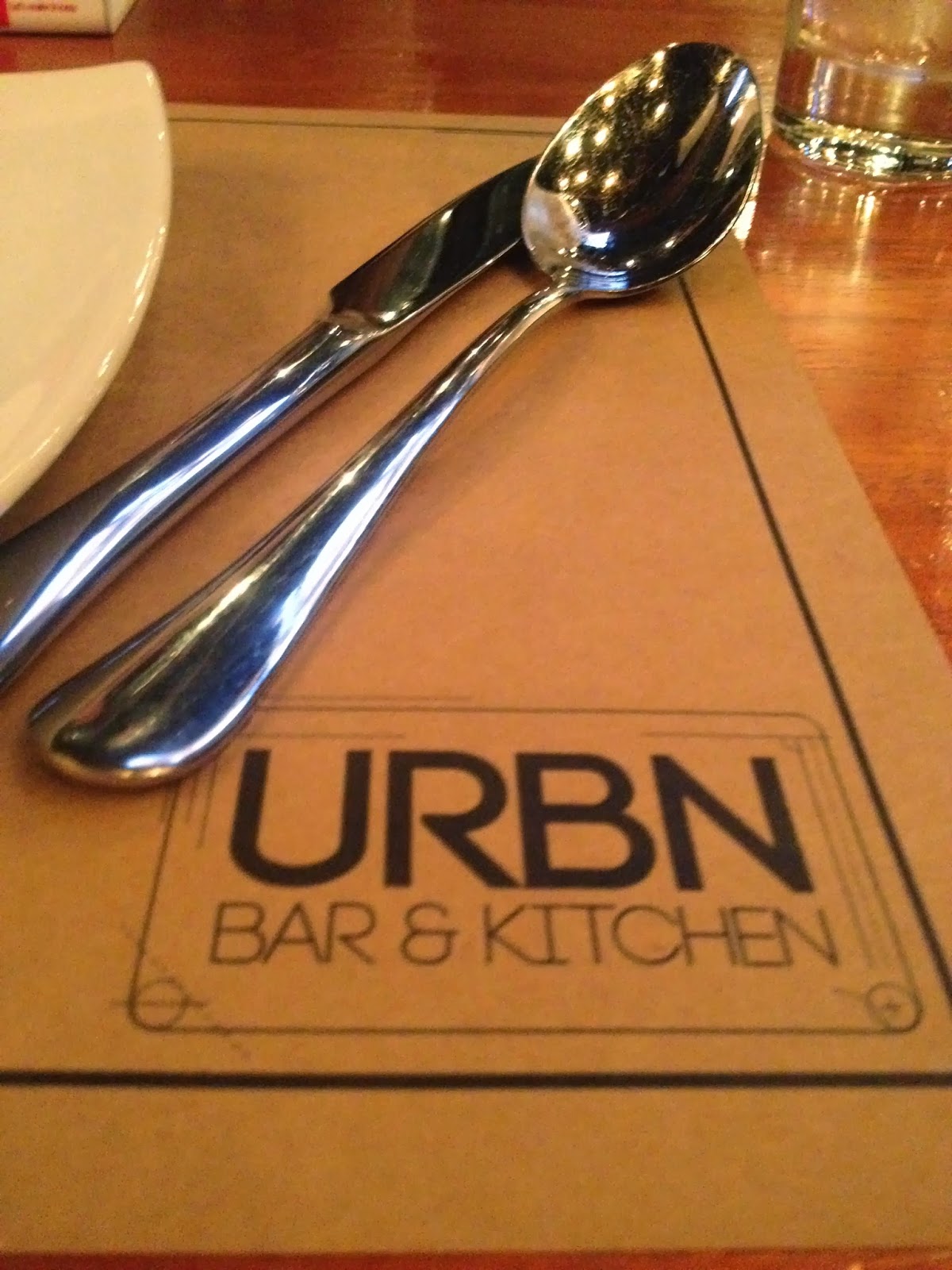 The night was young... and of course... we needed to bond some more... so...
First up... URBN
Granted it was from the same owners of Shawarma Guys and its a stone throws away... it was a no brainer.

We needed some awesome drinks and I knew this was one of the exact places to go to.
Thankfully, it was a little past 9 when we got there. So, we still had time to just relax and not stay there for when the music/smoke starts.

Started the night with these amazing drinks!!!! and I mean DRINKS.
I got the Amaretto Sour (258Php). 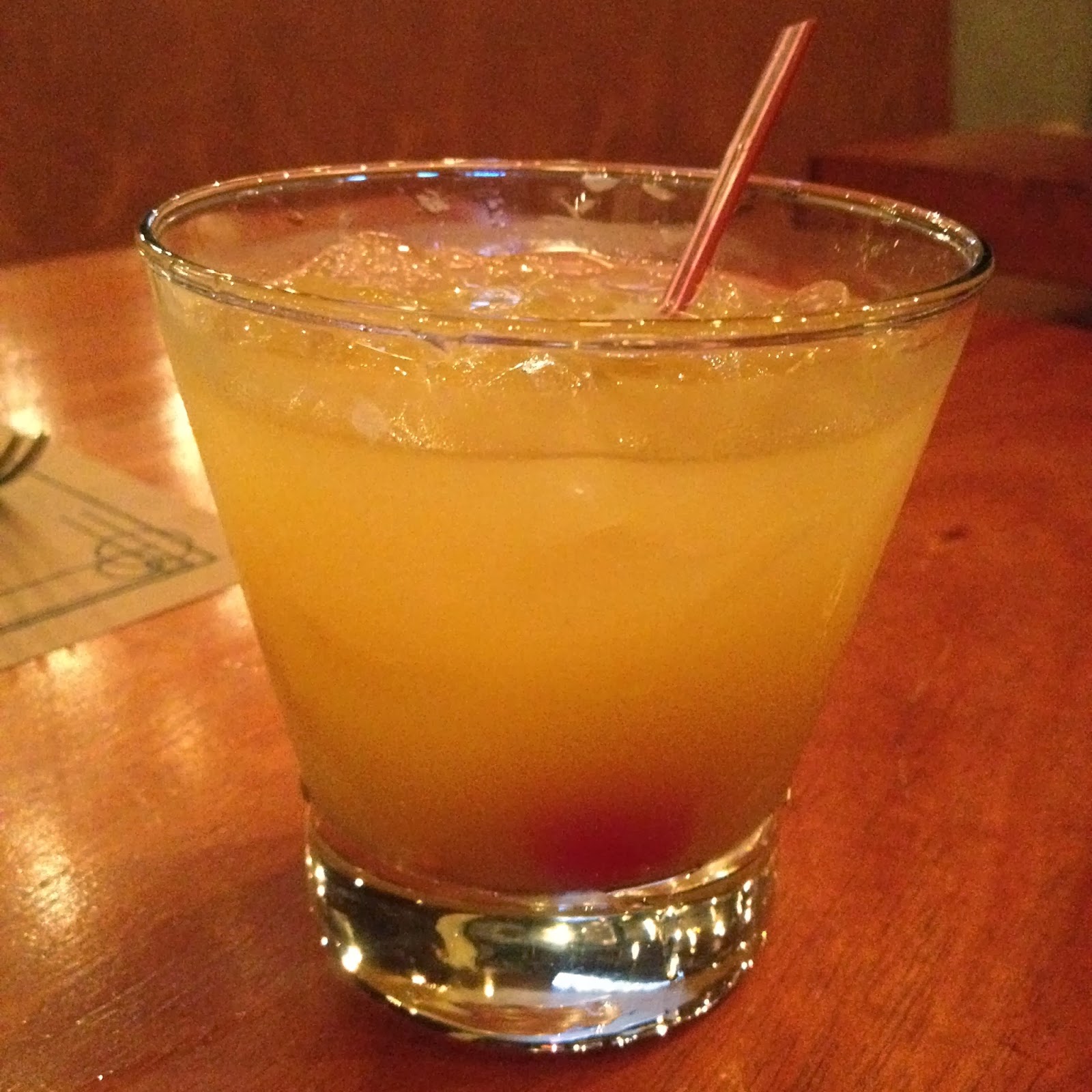 It was definitely the most awesome amaretto sour I had tasted. DAMN! It was so good! It tasted like those
sour gummy worms. I kid you not! Definitely! It was as if they turned it into liquid form. You couldn't taste the alcohol in it.. I sense a traitor drink!!! 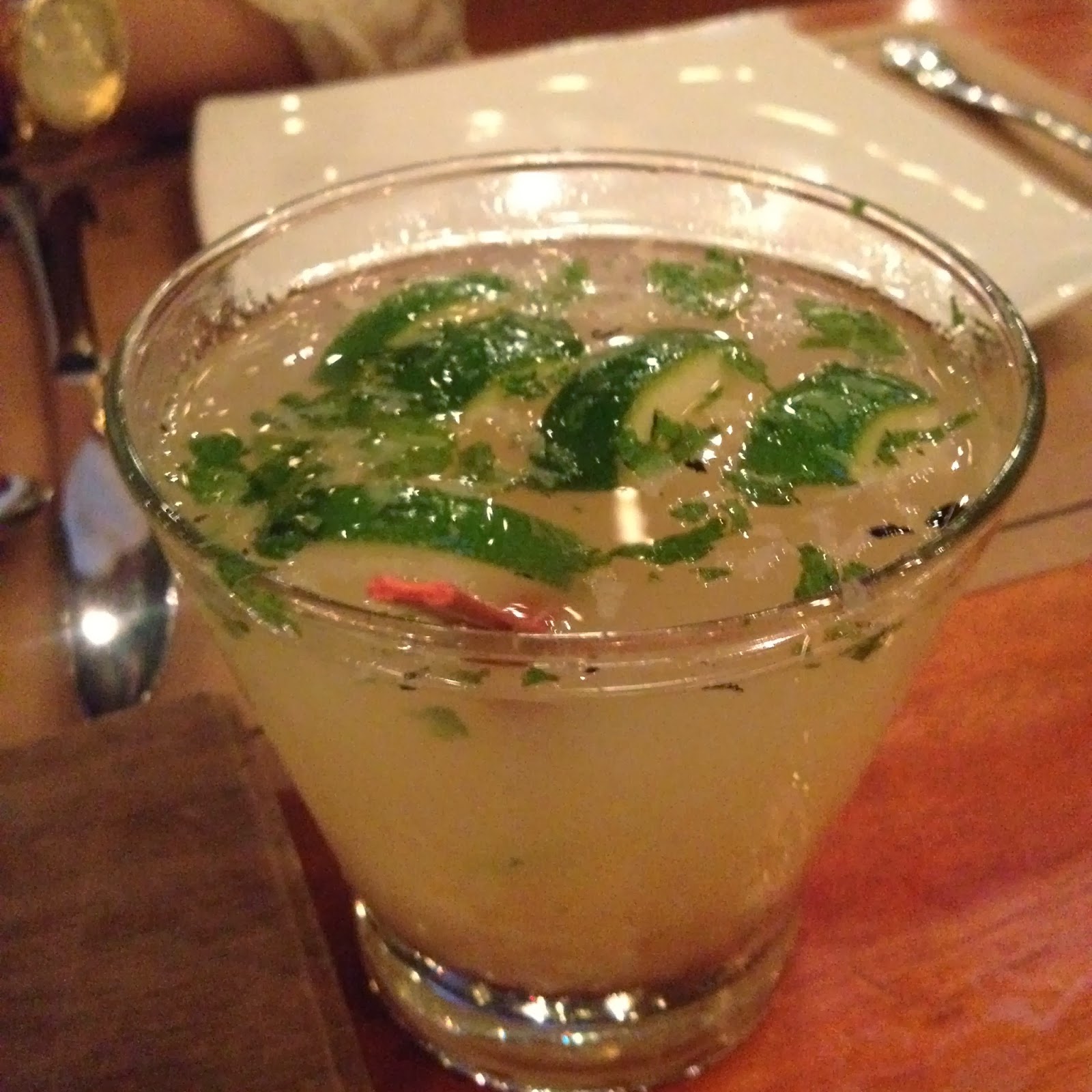 The drink definitely used real lychees. You could taste the sweet flavor from the fruit. The alcohol didn't overpower the drink. YUMMMY oh!!!

Since I know what to order and I knew it would take time, so we had the chips to start. 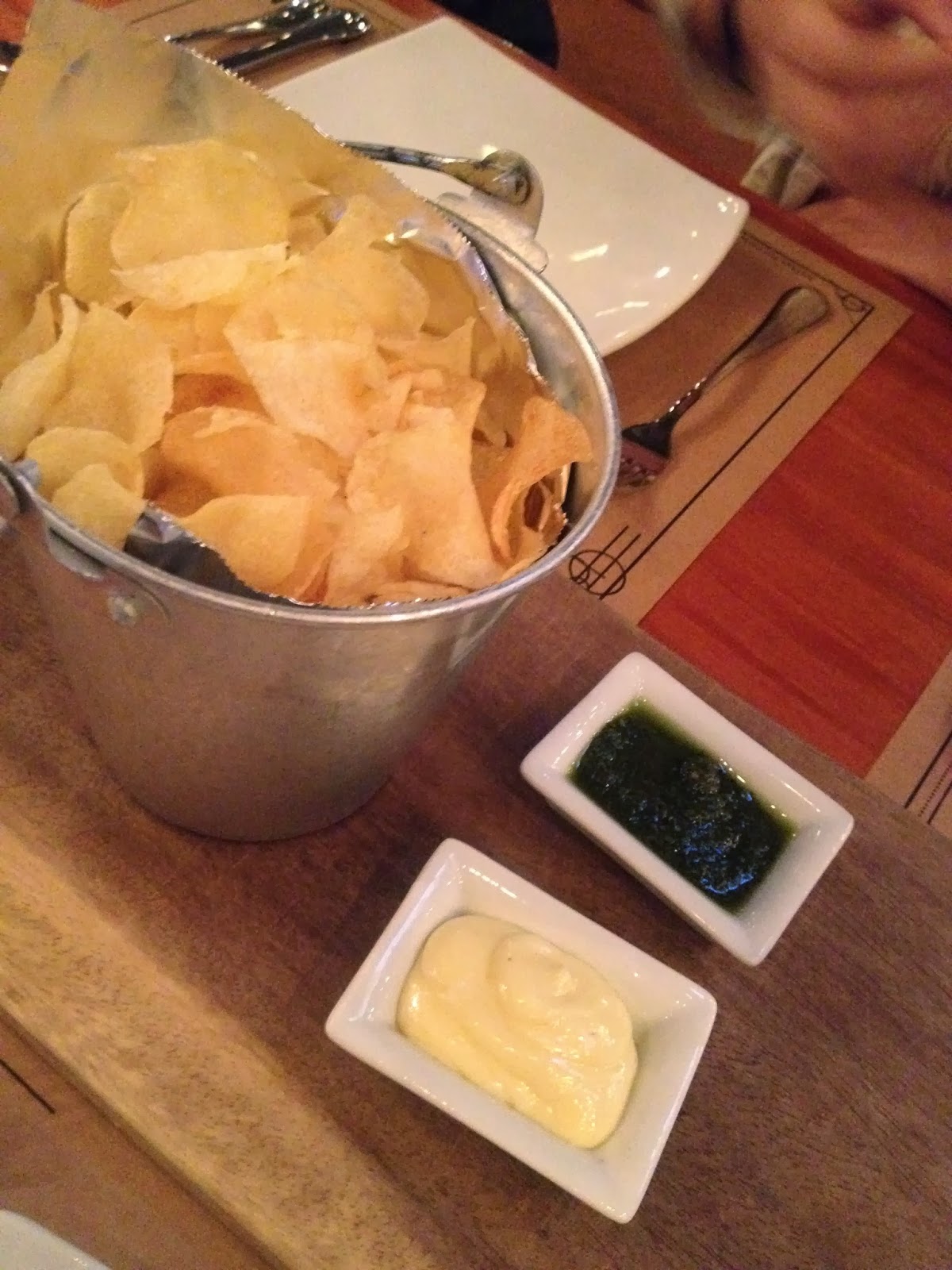 =
The home made potato chips (250Php) was served with aioli and pesto dip.
Not too oily and is insanely addictive.
After a few more minutes, the manchego souffle (395Php) was brought to our table. 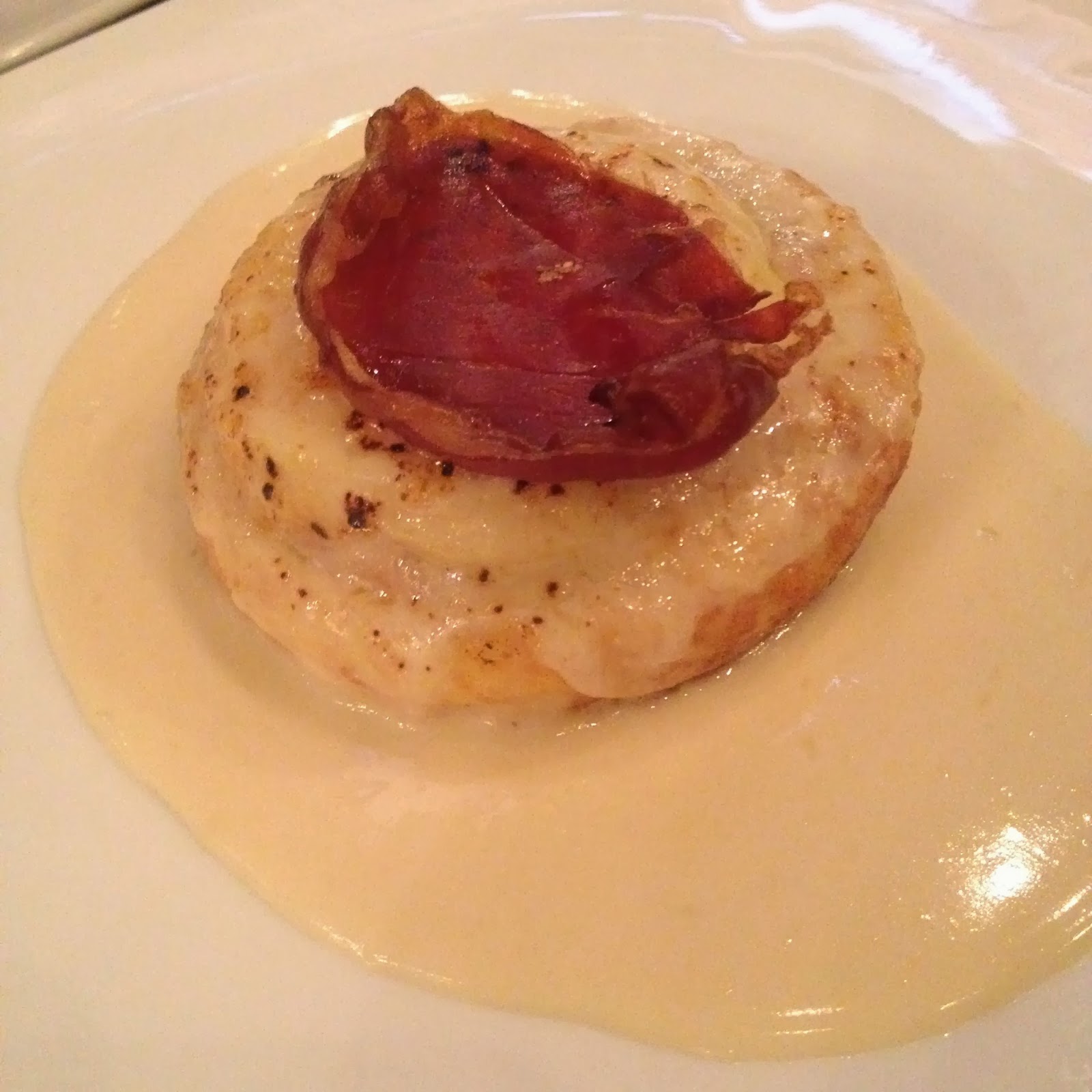 It was soft and definitely cheesy. The crispy jamon serrano went well with the flufflyness of the souffle. 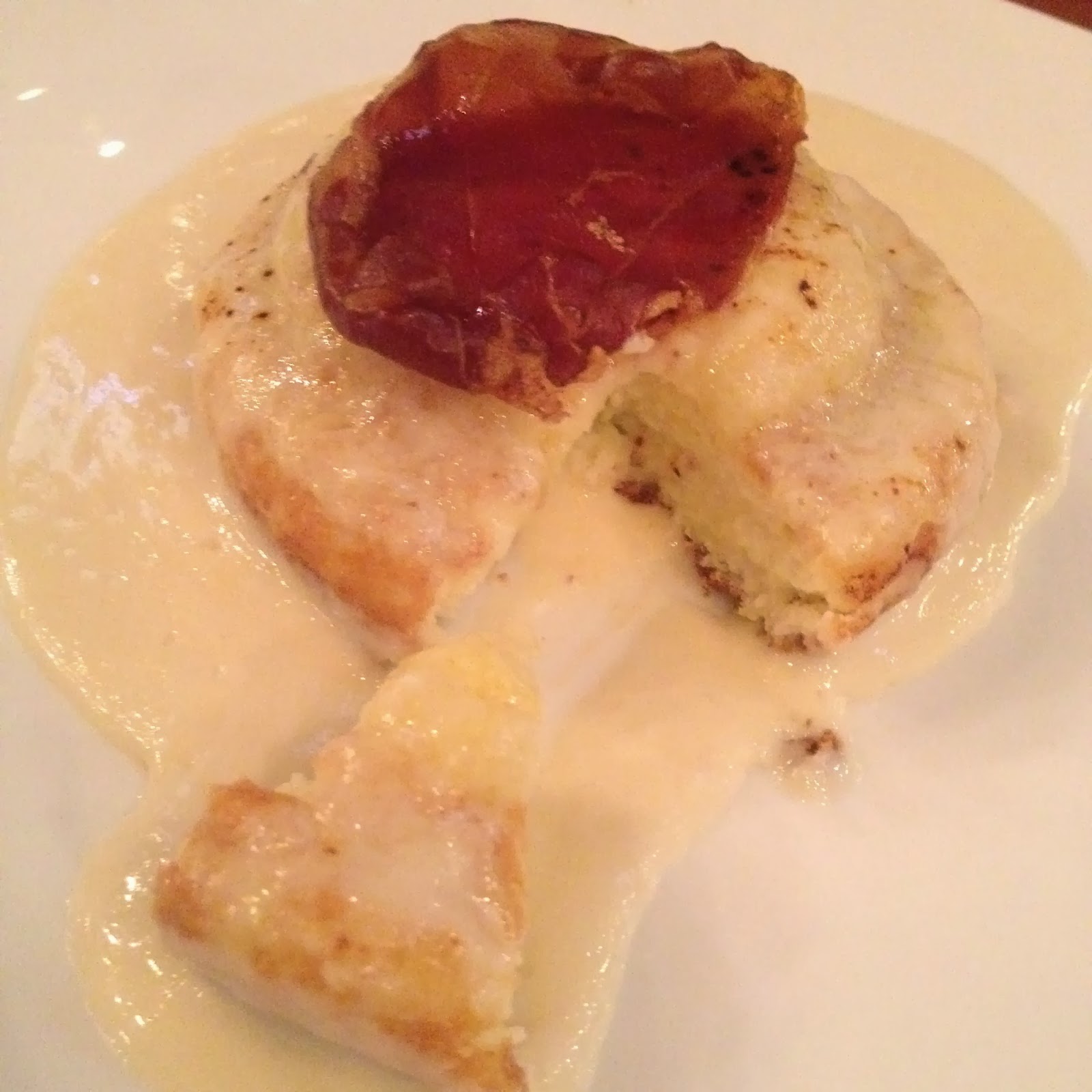 Of course you can't go to URBN without their famous laveah cake (250Php) which came in next!
This time around, we tried their dark chocolate version 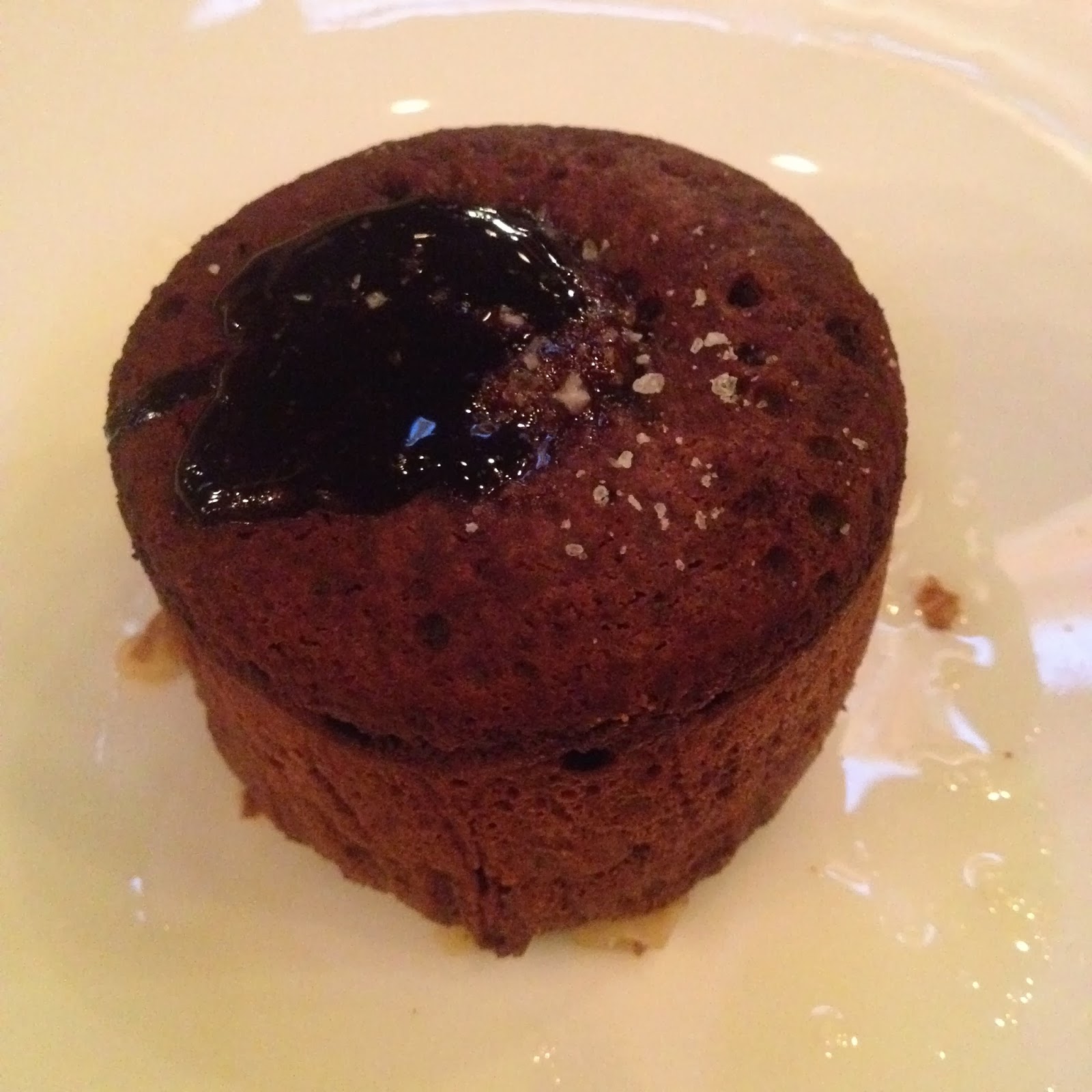 Not too sweet. Liquid center. Crunchy outside. Perfect matching with the sea salt and extra virgin olive oil. 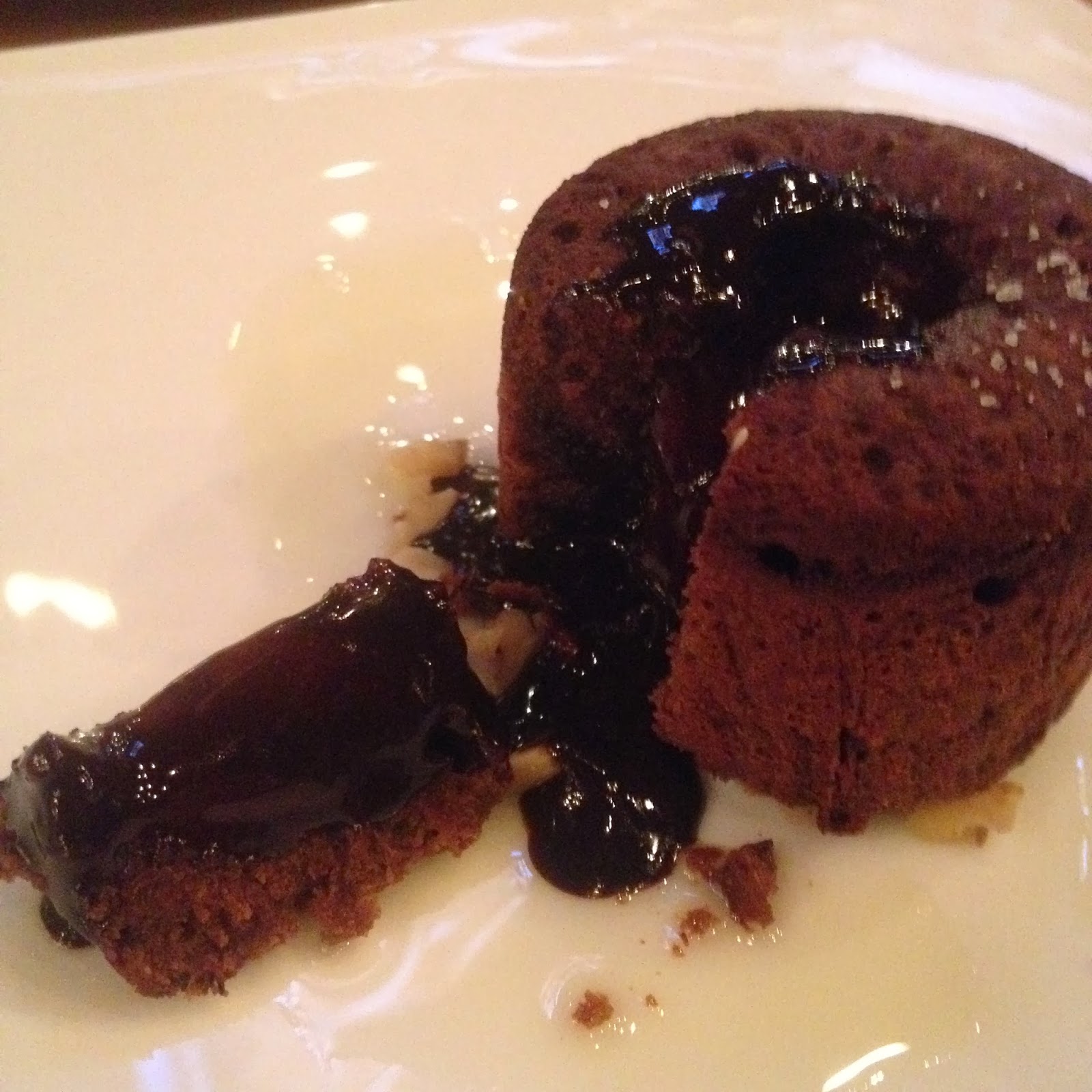 and yes there is a scoop of vanilla ice cream. 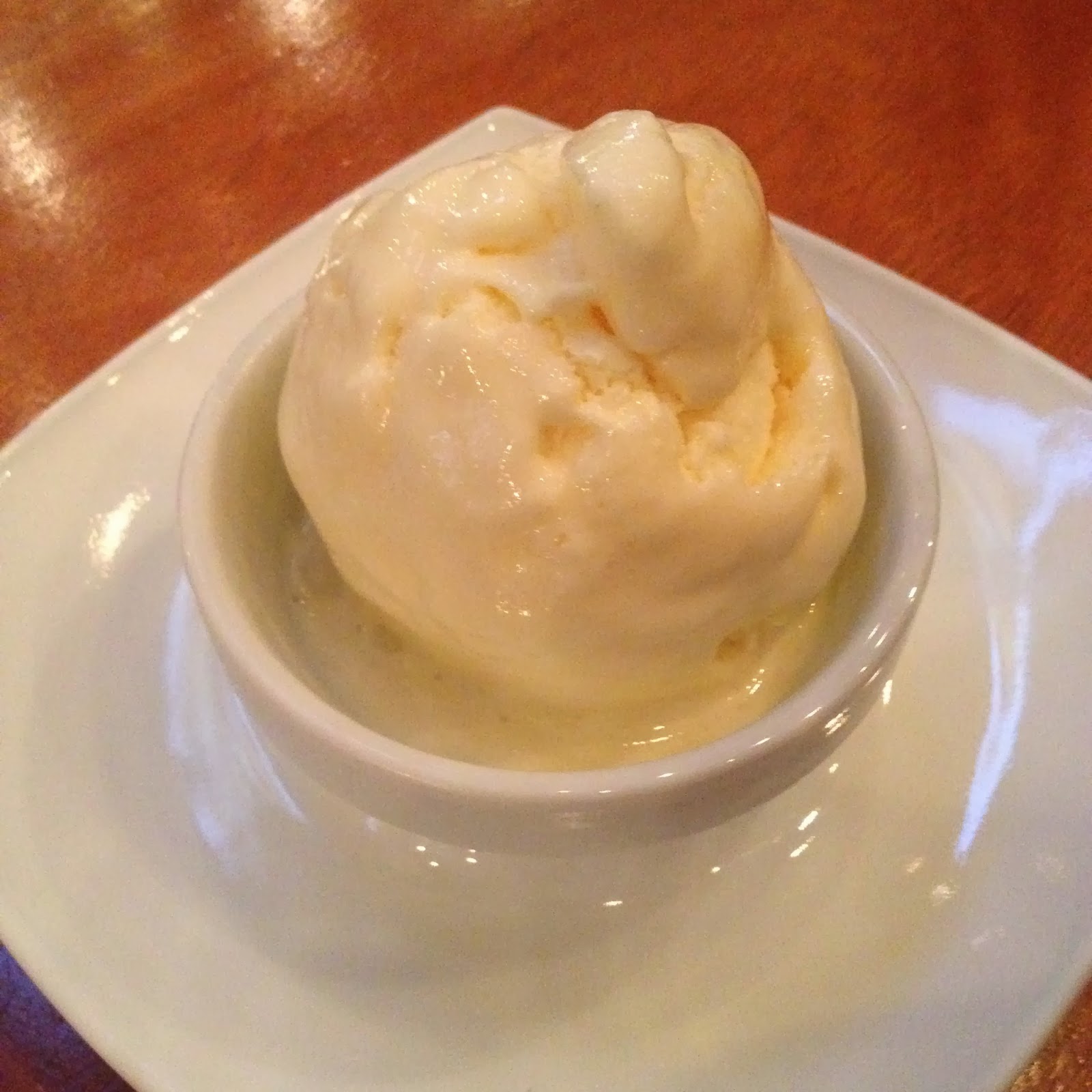 At past 10pm, we left the place as it was turning into a bar.
I think I am getting old and starting to wean away from clubs and just go out for the food, the company and the bonding. So, there we left the place and on to another one...
One thing led to another and we went on over to Skinny Mike's (click).
Believe it or not, we walked... I know the distance was only a few blocks.. but I love driving my car... since F wanted to walk.. fine... for once I did... LOL! Knowing that I parked the car a few blocks away and I knew that I might get wasted and have a hard time to go back there... LOL!

When we arrived, the place was packed. Defnintely! We only got seats in the 3rd floor. The place was rocking. They had a band sing out old school rock songs... Awesome!
Here, we continued with our bonding and drinking..
F got Sweet victory (250Php) 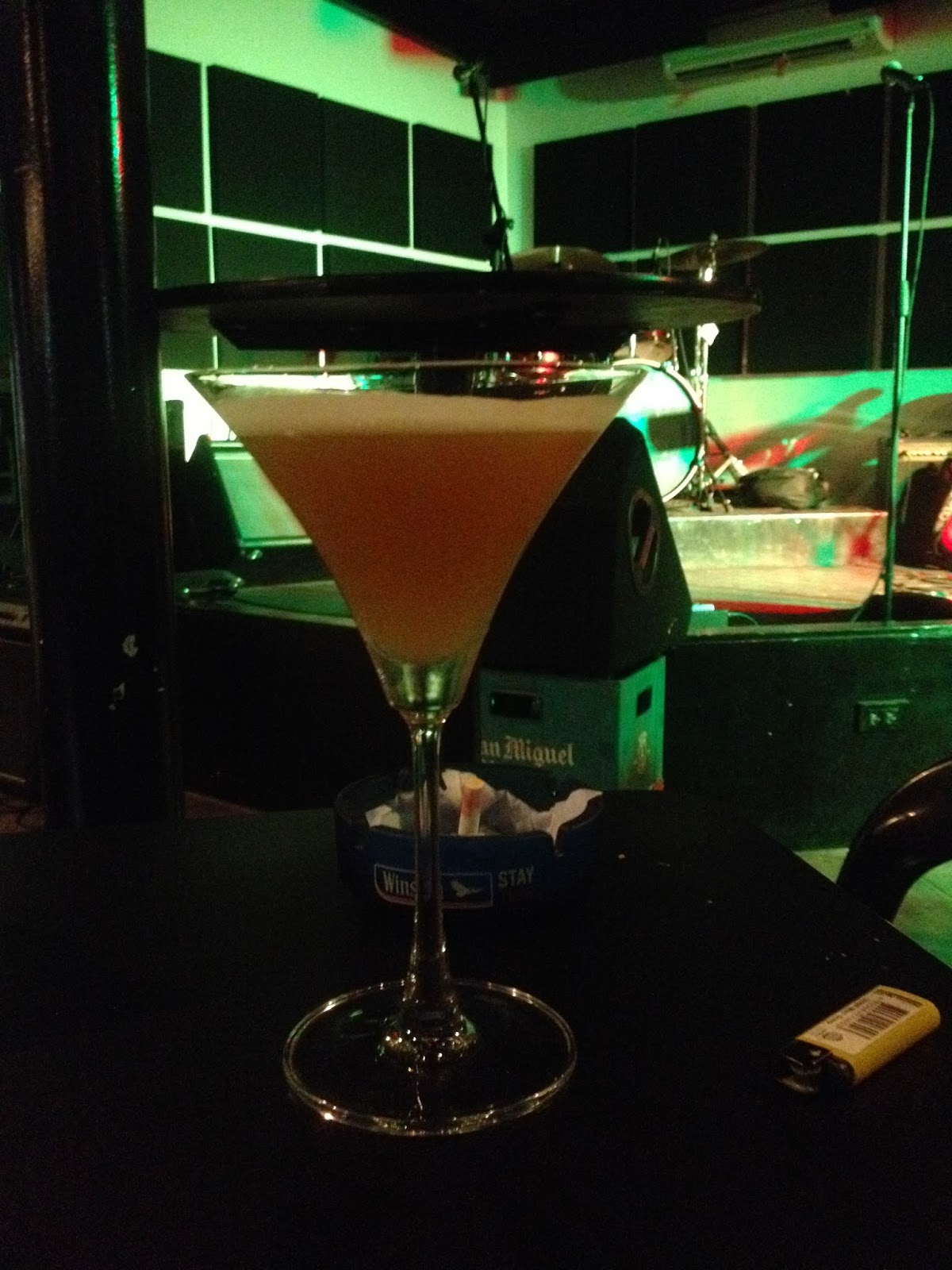 And since I was addicted with Amaretto Sour, I ordered one and got a Tanduay Ice too. 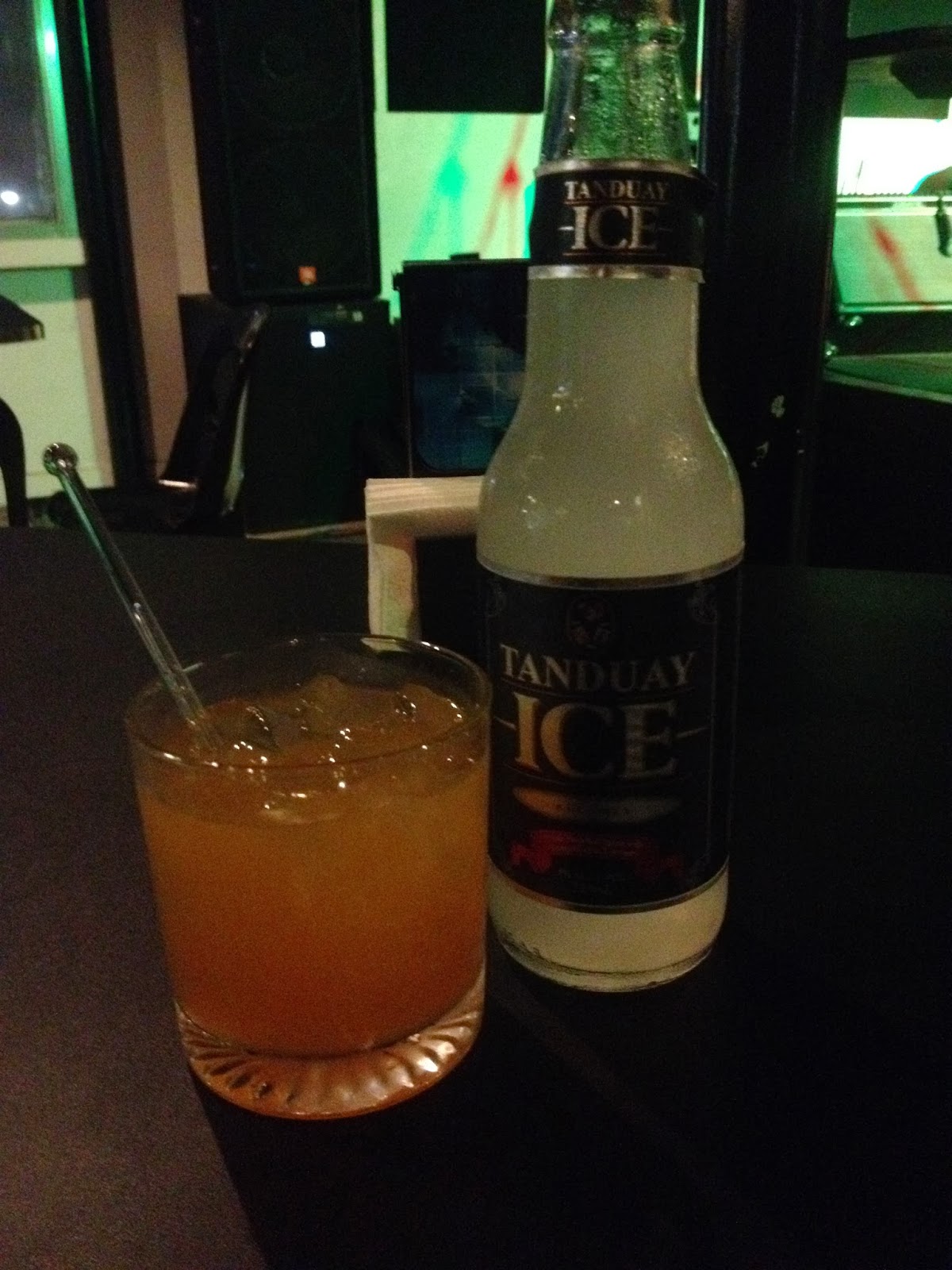 So I tried their poutine. 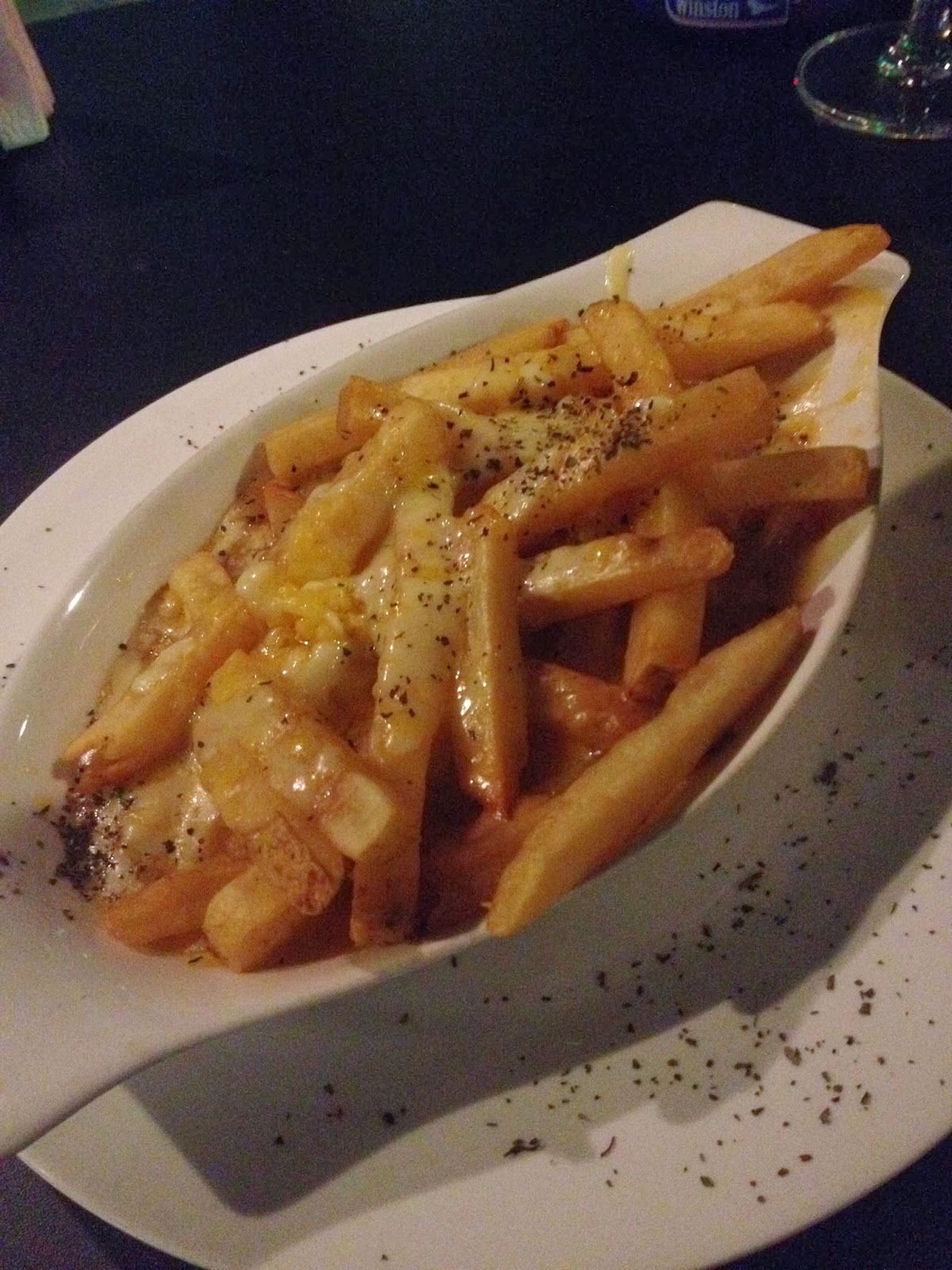 Cheesy and gravylicious. Damn nice drinking partner while watching the night away. 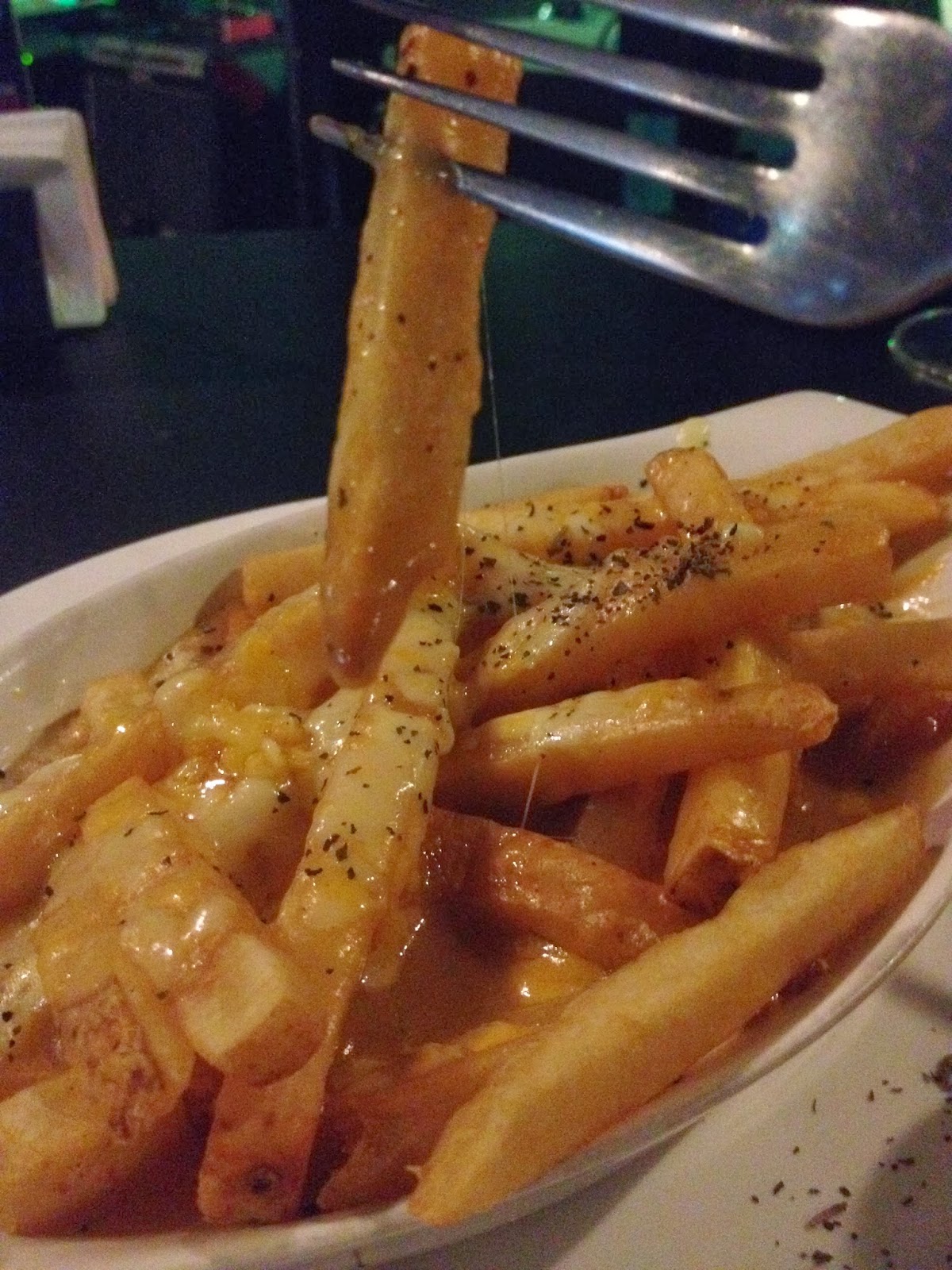 Since it was getting real damn loud we opted to seat outside. 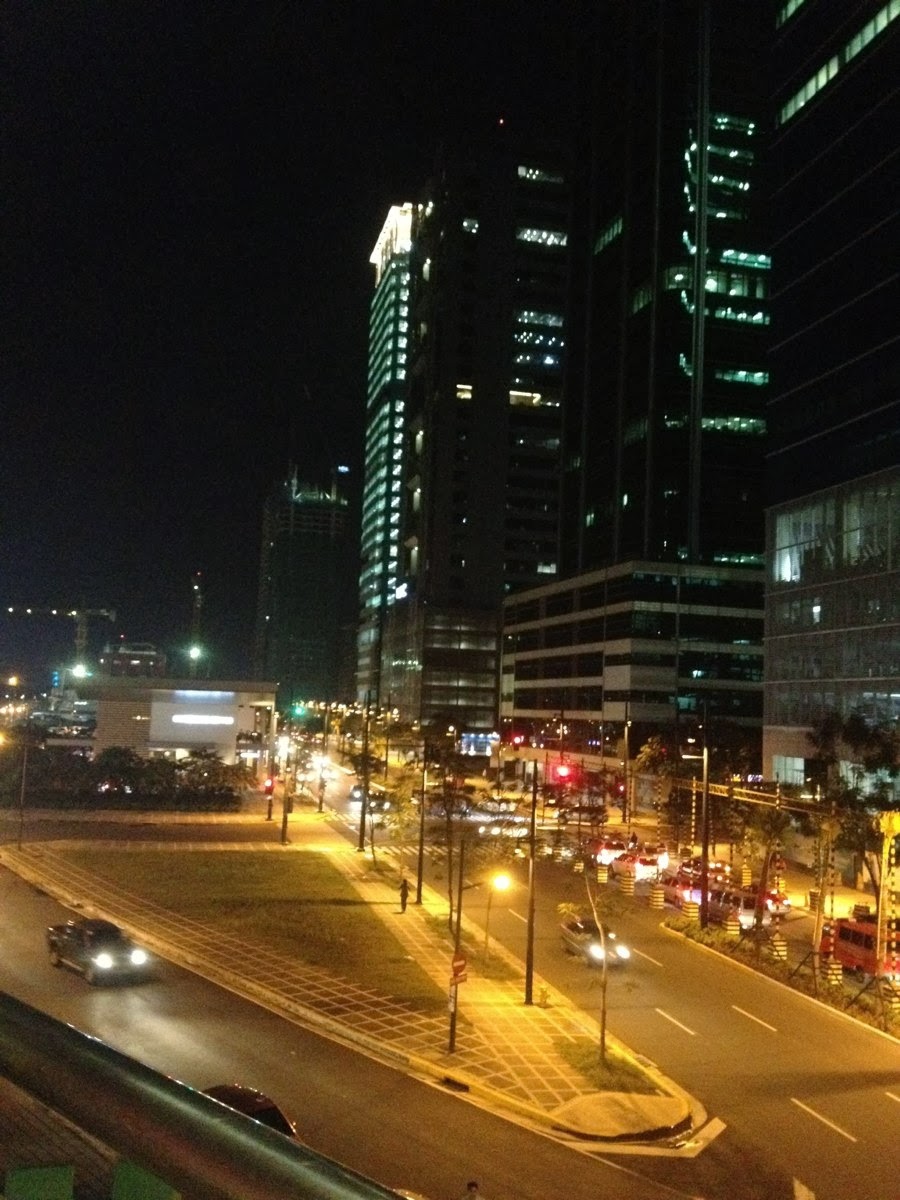 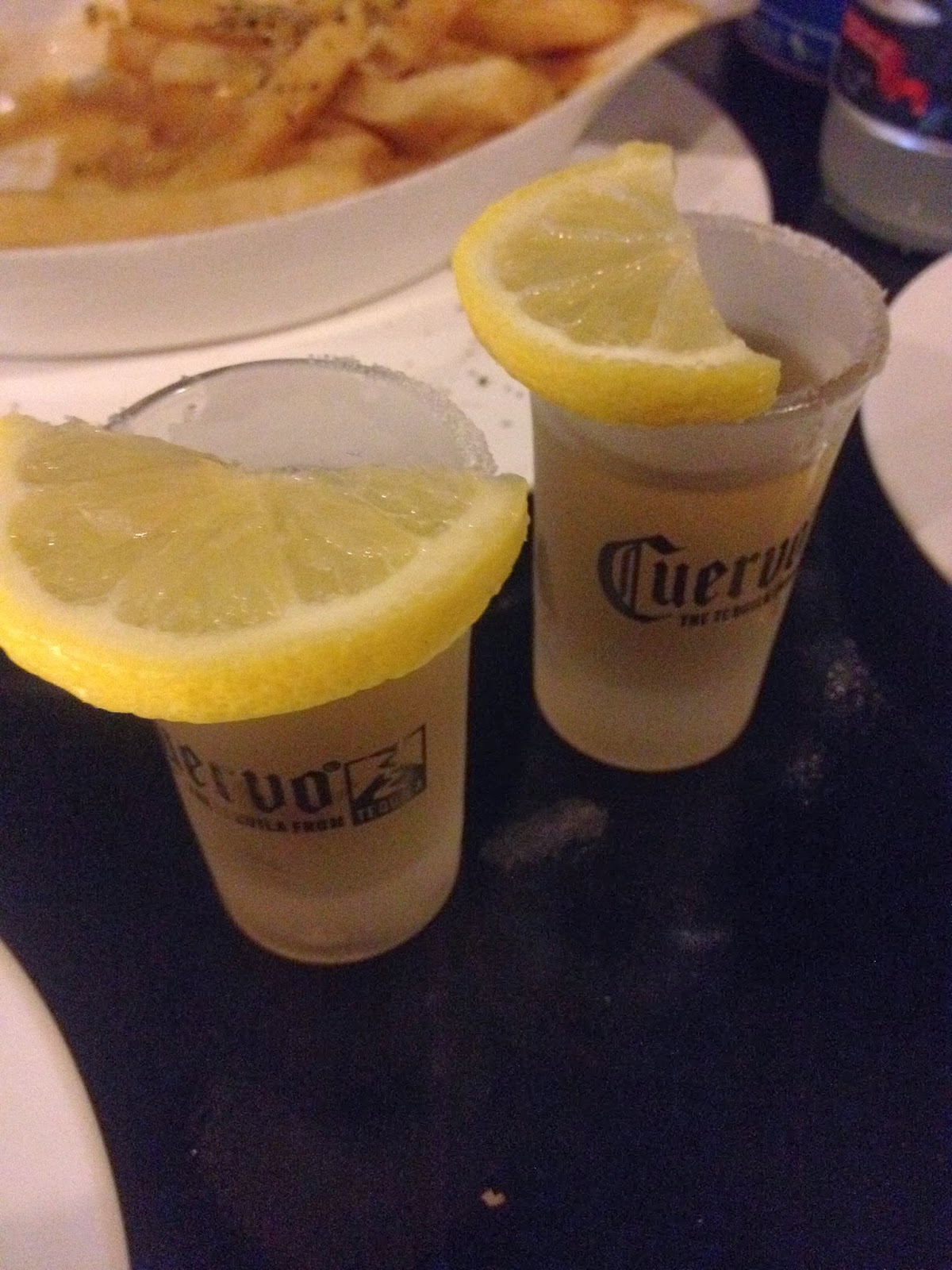 It was really that long.. since I last went out and had a drink or two...

After a bucket of Tanduay Ice, we called it a night.. well.. it was morning.. so it was fine..
But just before going home, we needed to take the tipsy off... so...
The night ended with another round of sisig shawarma and it was awesome... and yes we did walk all the way back to the fort strip from Skinny Mike's. Ang layo ah!!!

Definitely a night to remember... a great way to start my birthday week. LOL!

Disclaimer: paid for our meals and wrote this post based on my own experience and opinion.
Tagged