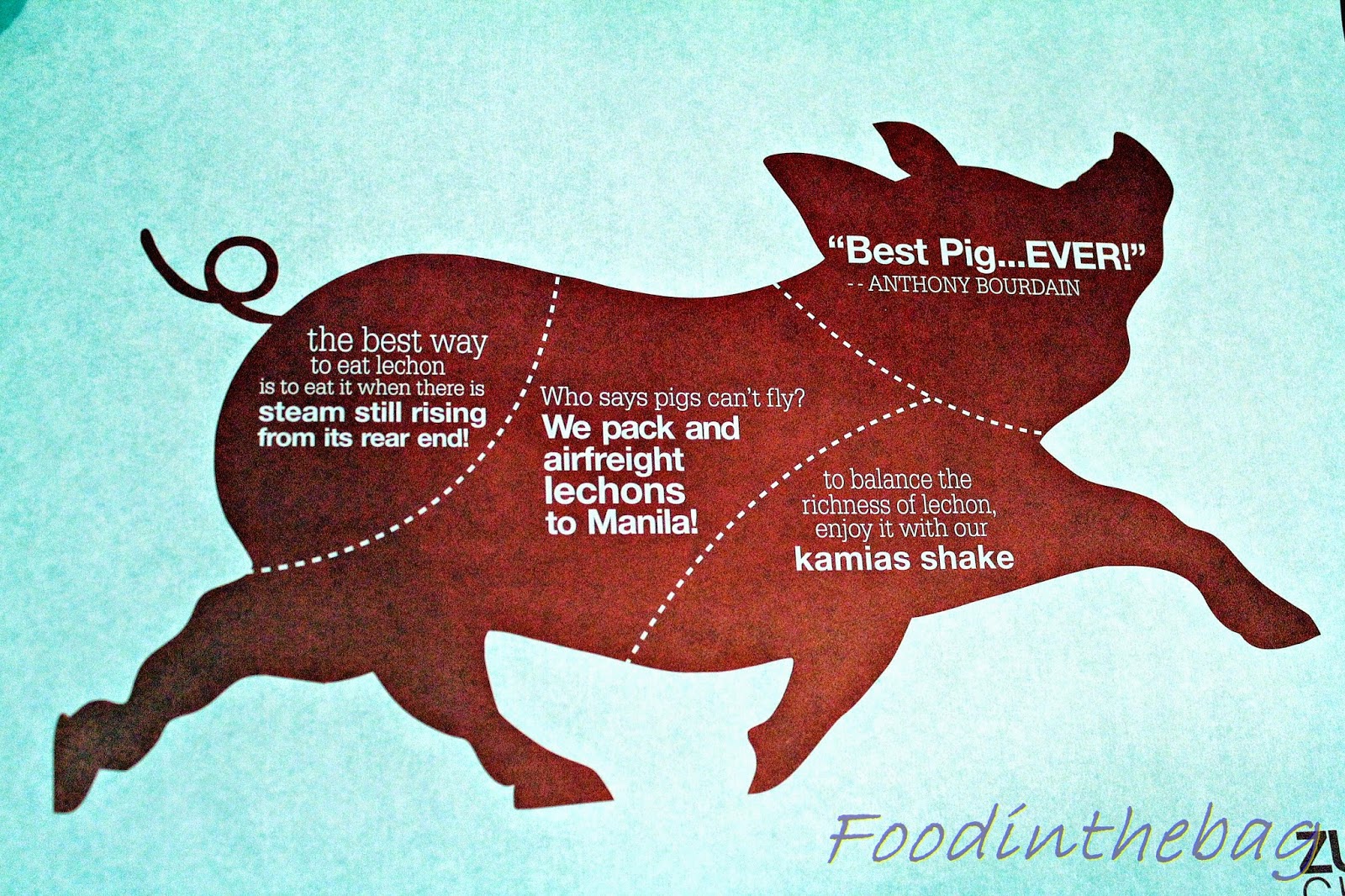 Fee Fy Fow Fum!!!!!! I smell a pig and this is just fun! As part of my Cebu Food Tripping, I was able to visit two restaurants in a span of an hour. Yup! It was food trip mode! My friend J and I went on over to Cebu's IT Park. Something like a Mini Eastwood if you must compare.
We were on our way to Casa Verde but the line was still long, so a store away was ZUBUCHON. 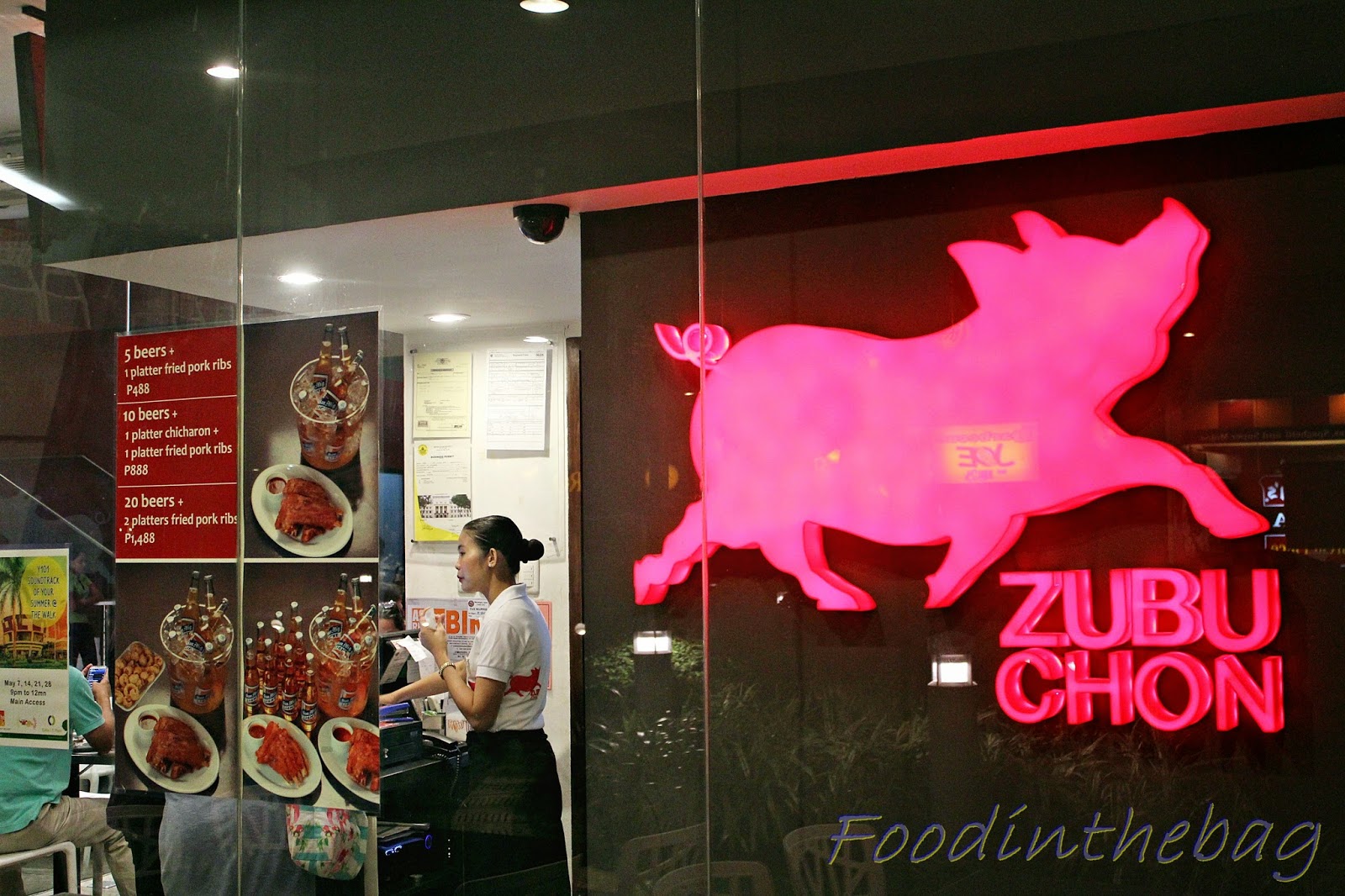 Since I was on a quest, I definitely had ZUBUCHON on my sights. It was a bit controversial for some Cebuanos as they definitely don't agree with Bourdain. My friends unanimously advised me against buying
and having it. Nothing to lose and everything to gain, I still pushed through to try it out.
Compared to other Lechon Places I visited in Cebu, (Rico's, CNT, Tatang's) Zubuchon, features a more  chill and relax environment. Wifi was there plus great service and the a/c was on full blast. 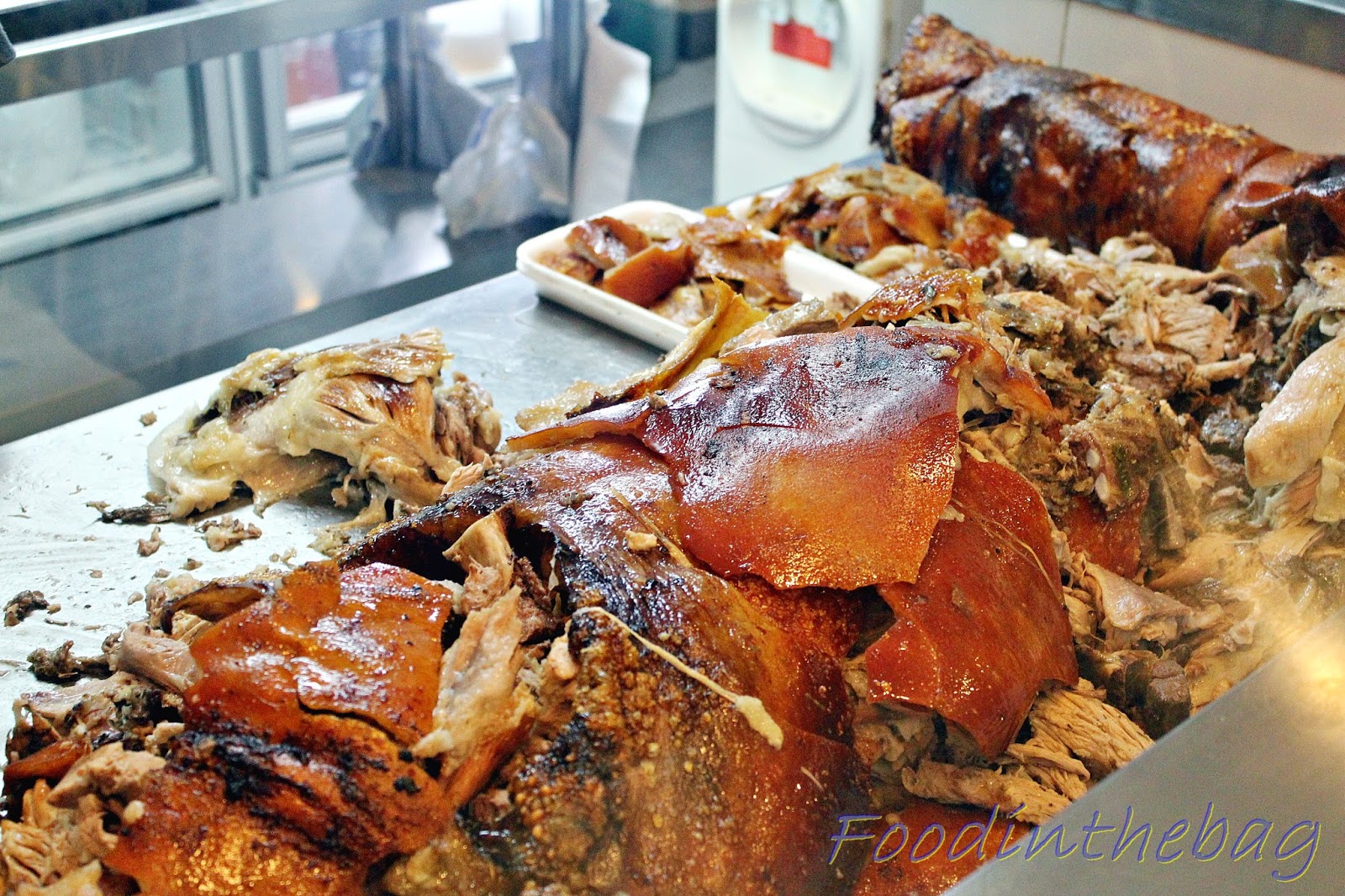 We get to see lechon skin that you won't normally see in other places. The skin doesn't look like the usual shiny and nice looking thing you see. I guess its the taste they were after and offer more off.
Since we still had a dinner to go to in the next restaurant, I only ordered light. So that I could taste the Famous Zubuchon.
To start the meal, I had an IBA(Kamias) Shake (100Php/140Php-Airport Price). 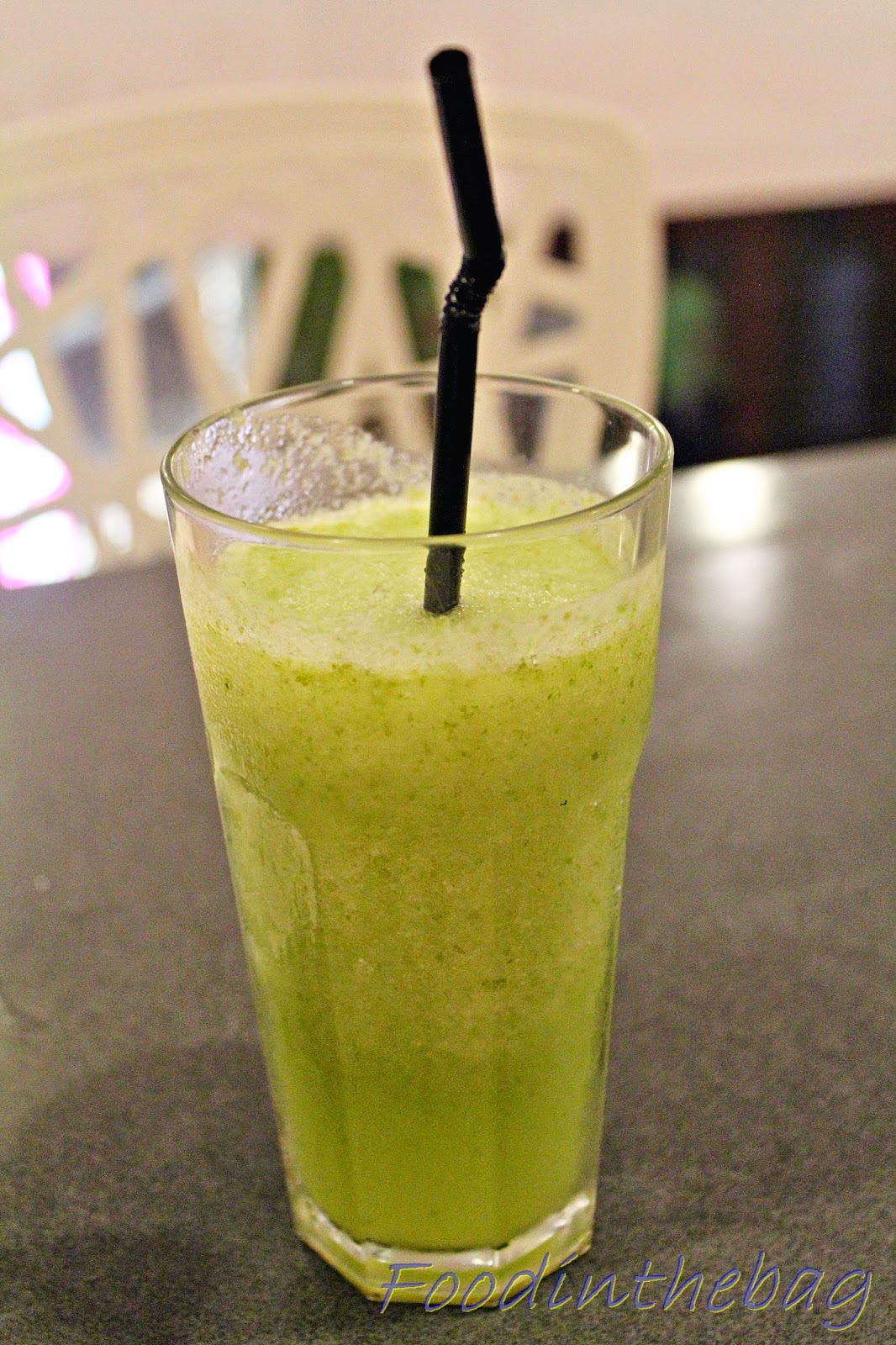 The taste is wonderful. I think I almost got addicted to it. The conflicting flavor worked well. It was darn good. 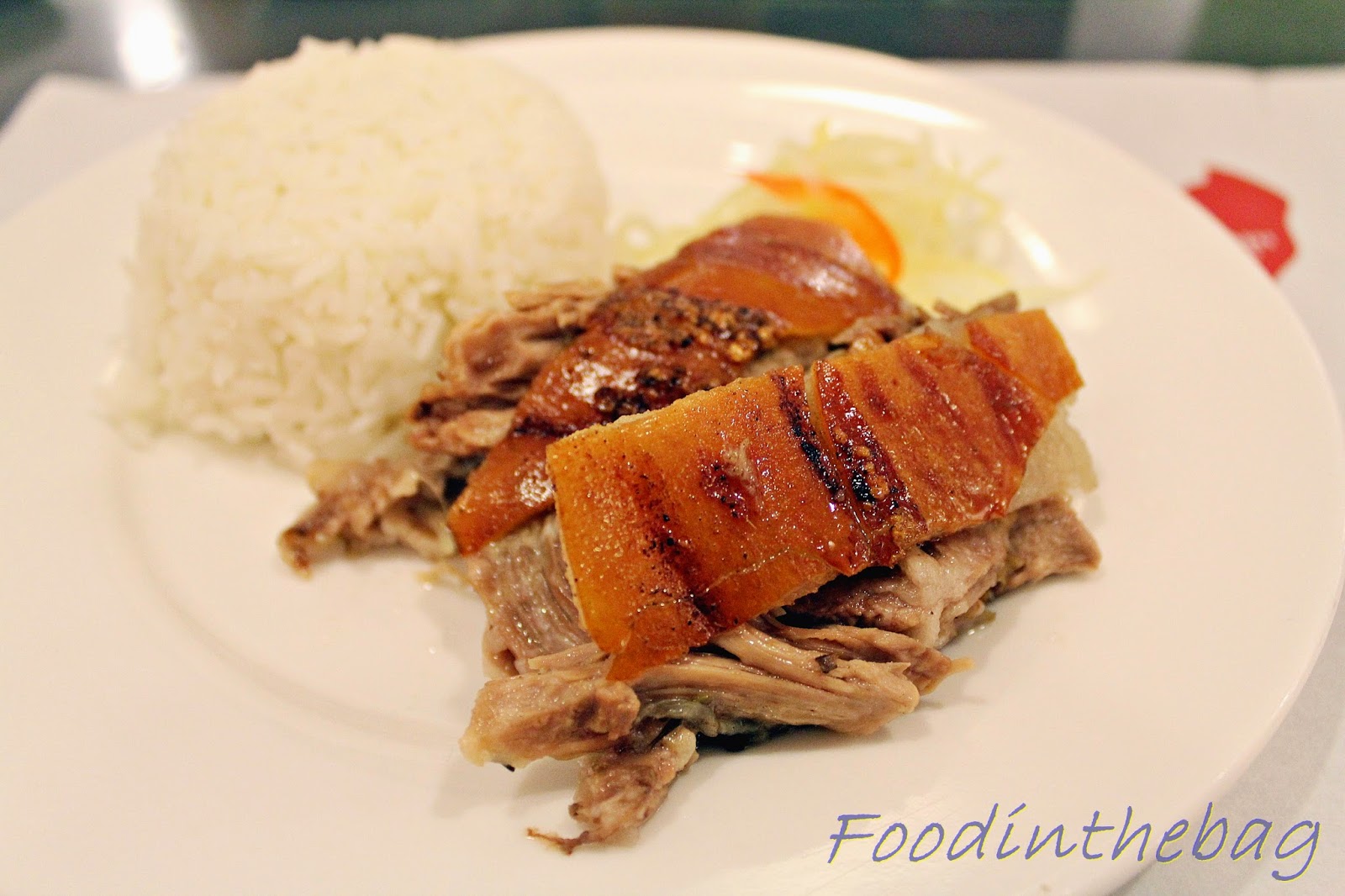 As I said, the skin looked different. It was still crunchy so all is well. The meat, on the other hand, was definitely different from the CEBU lechons I have learned to taste and love. It was more of a mild flavor filled with herby taste. We all know that lechons from Cebu are generally saltier and has this intense taste. The Zubuchon's version is different as it catered more to something not traditional. I guess this is why most of my friends from Cebu didn't like it. It was different for their taste and from what they grew up with.


In all honesty, I was satisfied with the meal and went on over to Casa Verde for my 2nd dinner of the night.


On the day we were leaving Cebu, my companion and I came across the Zubuchon Branch in the domestic  airport. People were lining up and getting stuff from it. I will be honest that I got a Kamias shake again and bought some pasalubong on over. 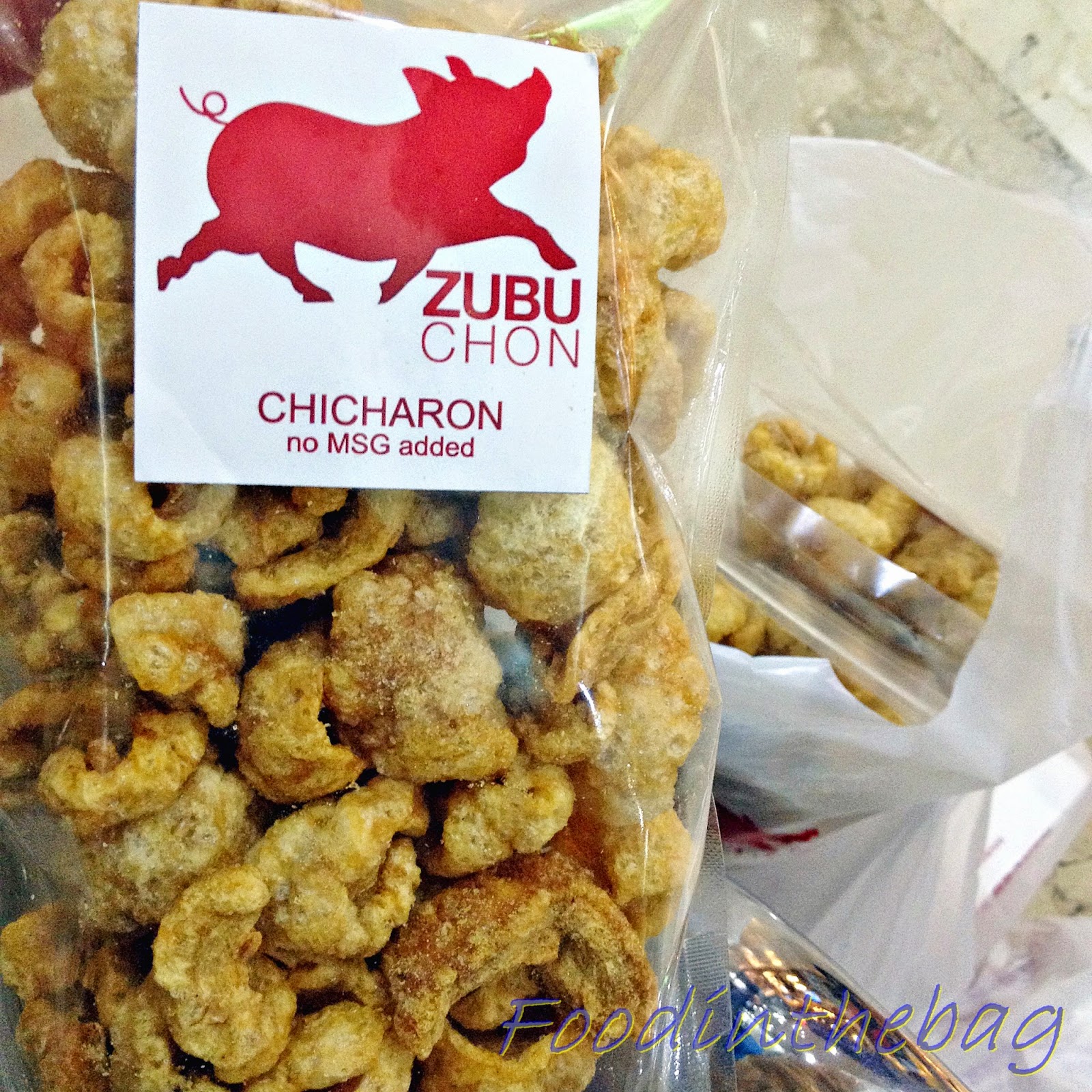 It was pretty awesome. A little salty but the taste was pretty intense. And their selling point, no MSG.
Also, yeah I got 2 kilos of frozen lechon to bring home and here's the instruction for those who lost their copy. 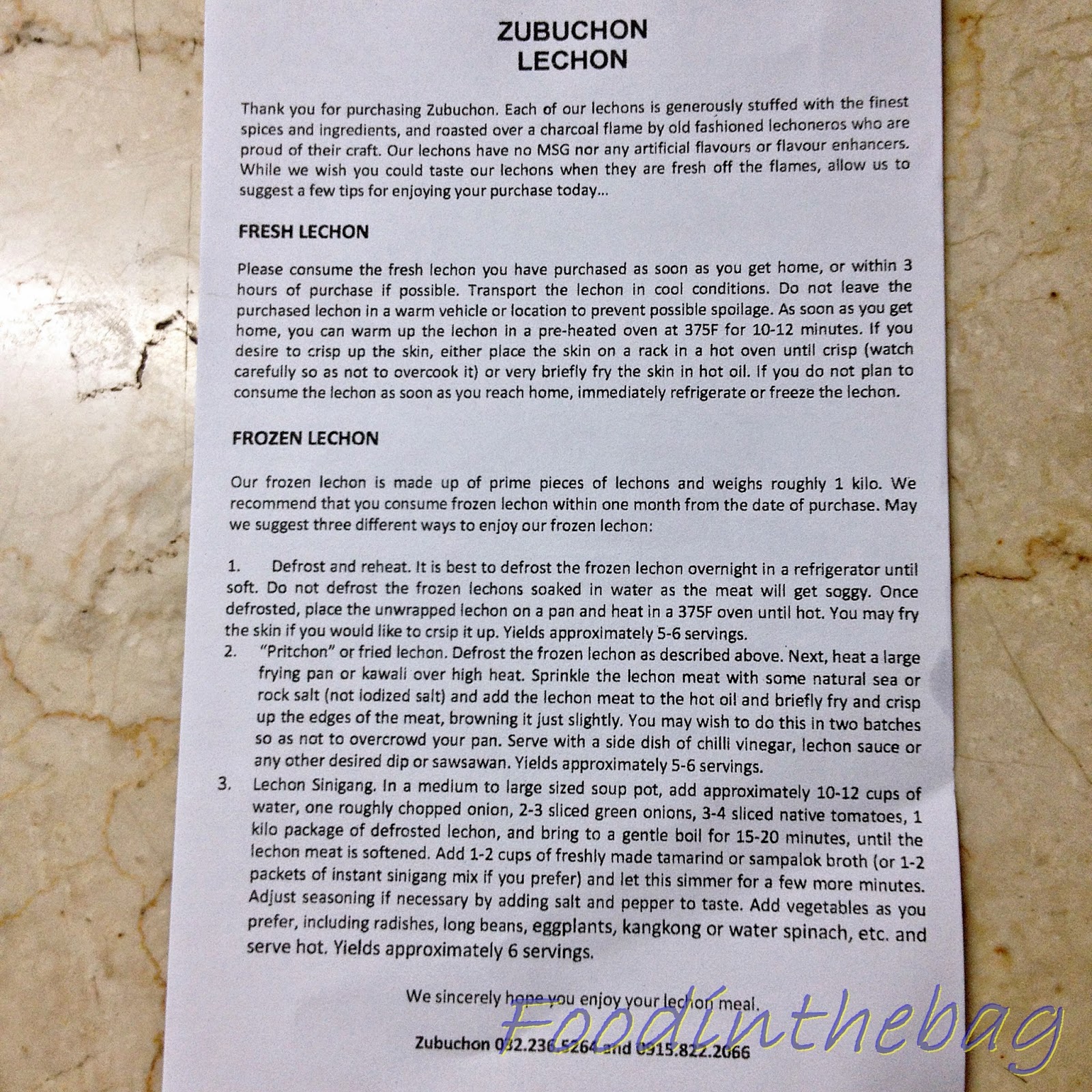 I got to say that Zubuchon deserves a try for everyone but it isn't your traditional Cebu Lechon. 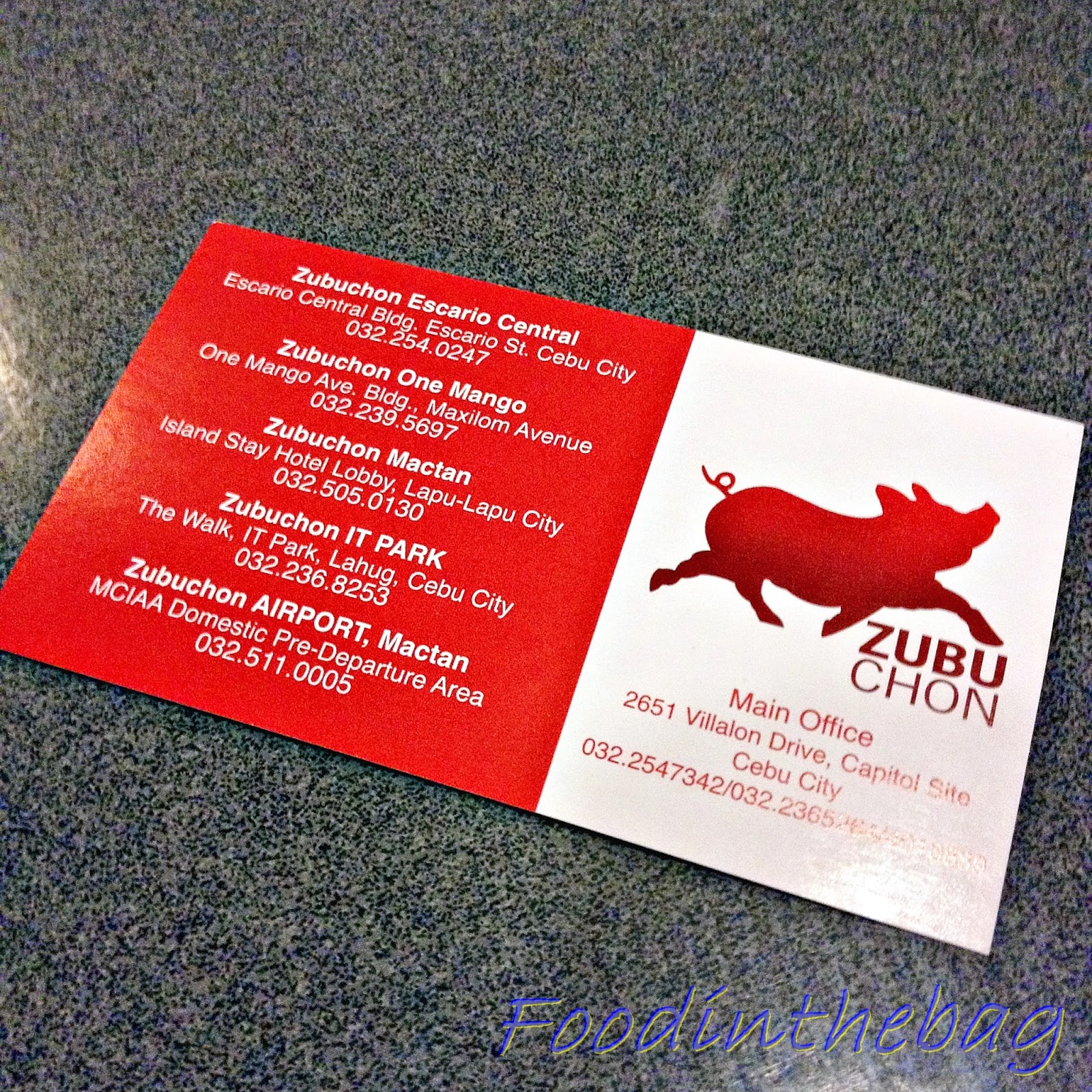