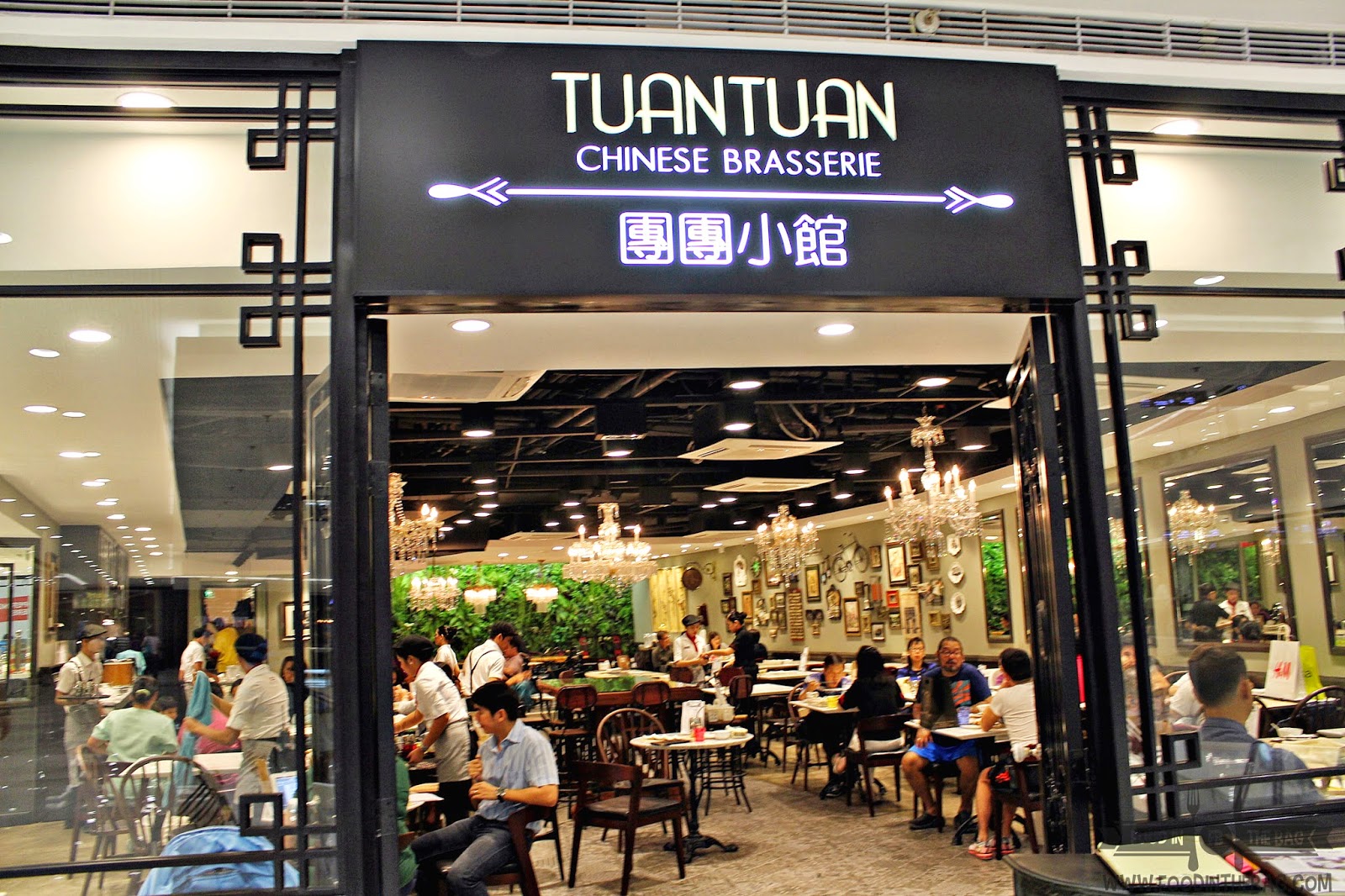 Making waves, TUAN TUAN CHINESE BRASSERIE gives the Manila Food Scene a new kick. With only a few weeks into operation, a lot are being said about the restaurant.


Passing by the restaurant during weekends and peak hours would be a big no-no as the same with its neighbor IPPUDO (click here) because of the long lines. Instead, do what I did.
I gave them a visit on a Friday afternoon. I already tried out their food as my mom brought home some to taste but I wanted to check out the place. 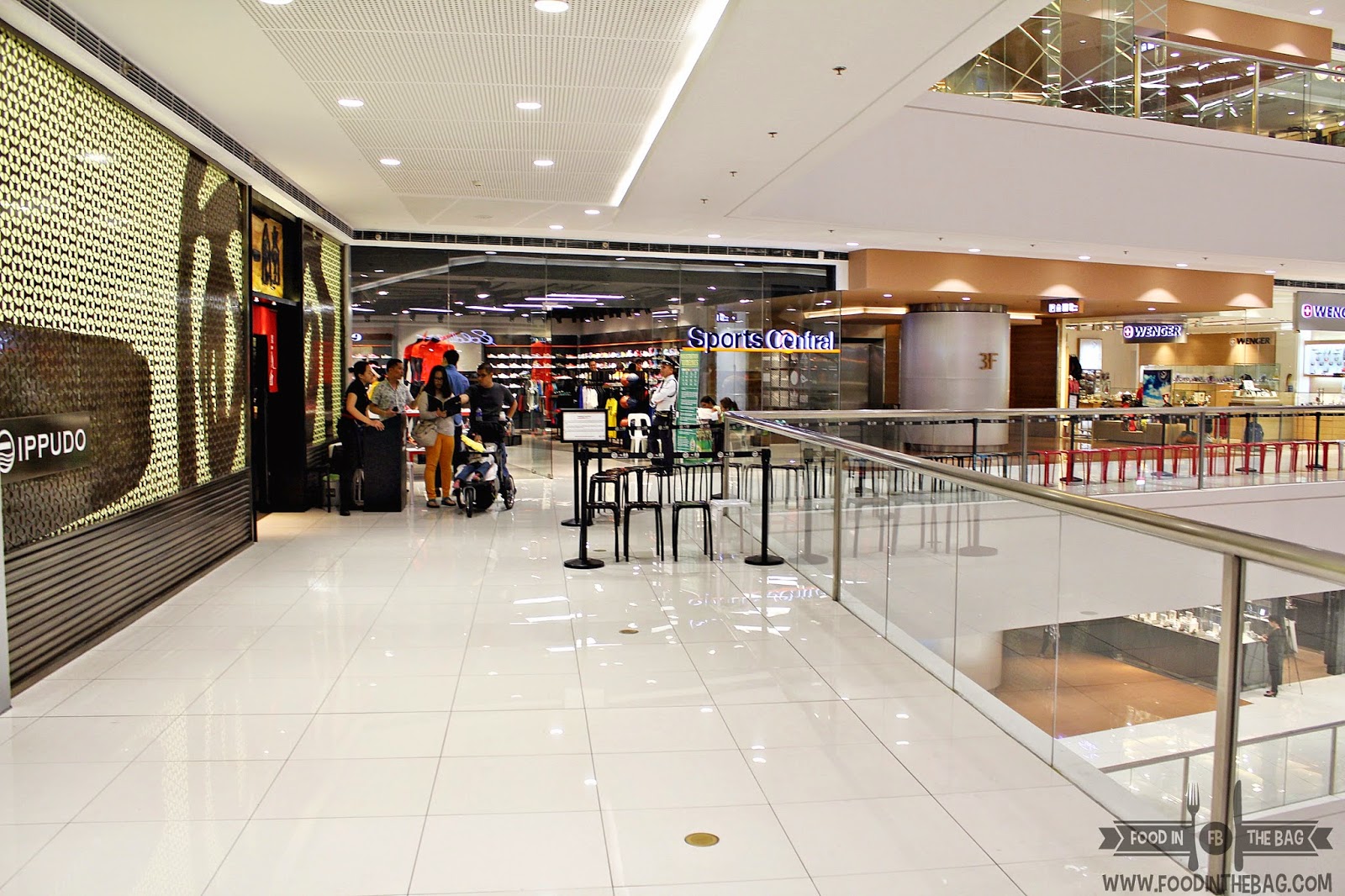 Around 3pm, this was the scene. Ippudo has no lines and TUAN TUAN around 40% filled with no lines as well!
After a few minutes of waiting, the kind lady at the entrance accompanied SO and I to a table. It was pretty cramped so we asked to be transferred to a more spacious place. 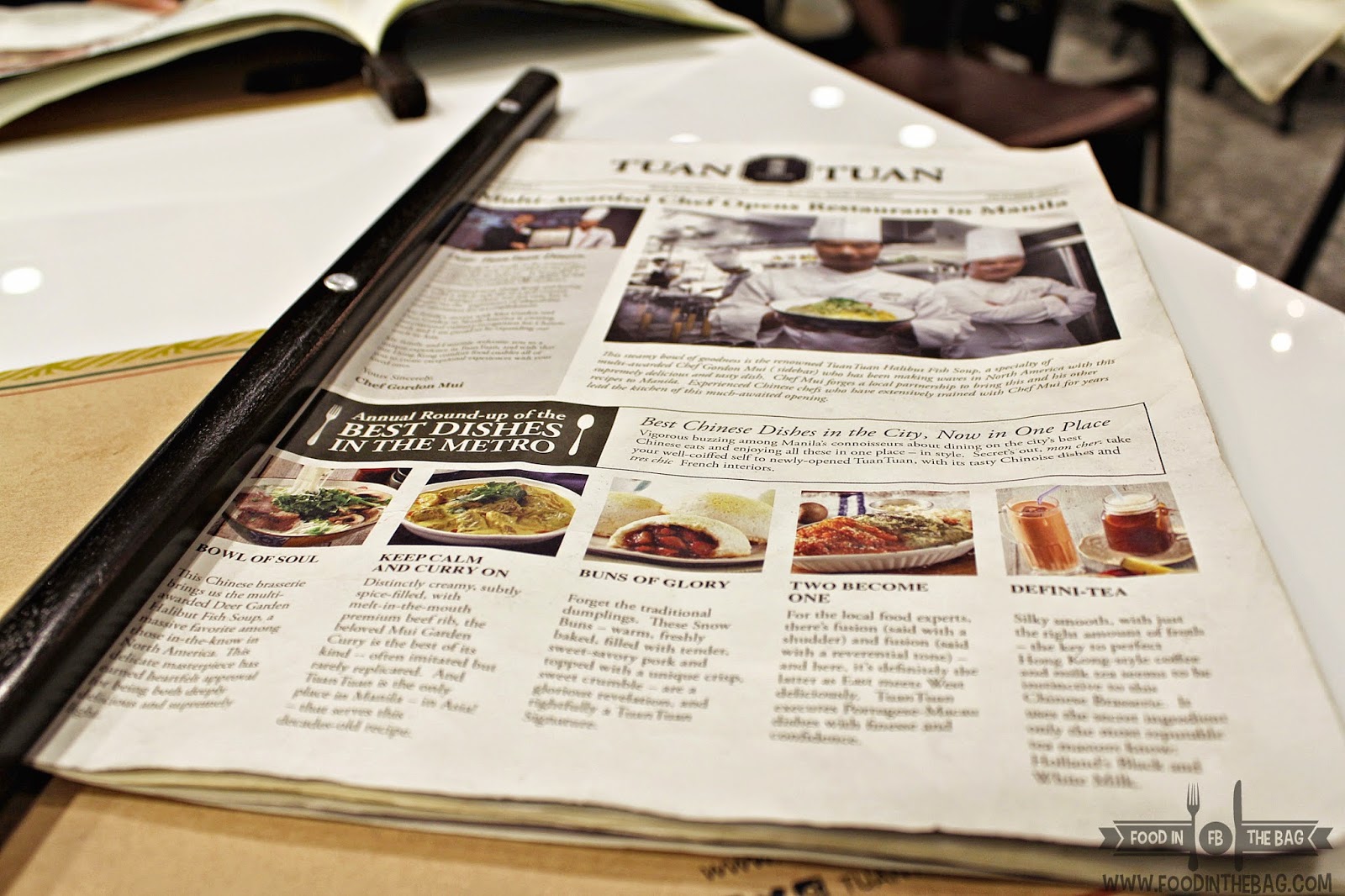 There were a lot of free tables out so I don't understand why they needed us to be placed there. Anyway, we were given these newspaper like menus. Even if they are just a few weeks old, I would wish they had used materials that were more resilient as they now look pretty old and dirty. Anyway, I am not here for the theatrics or ambiance but for the food and the service 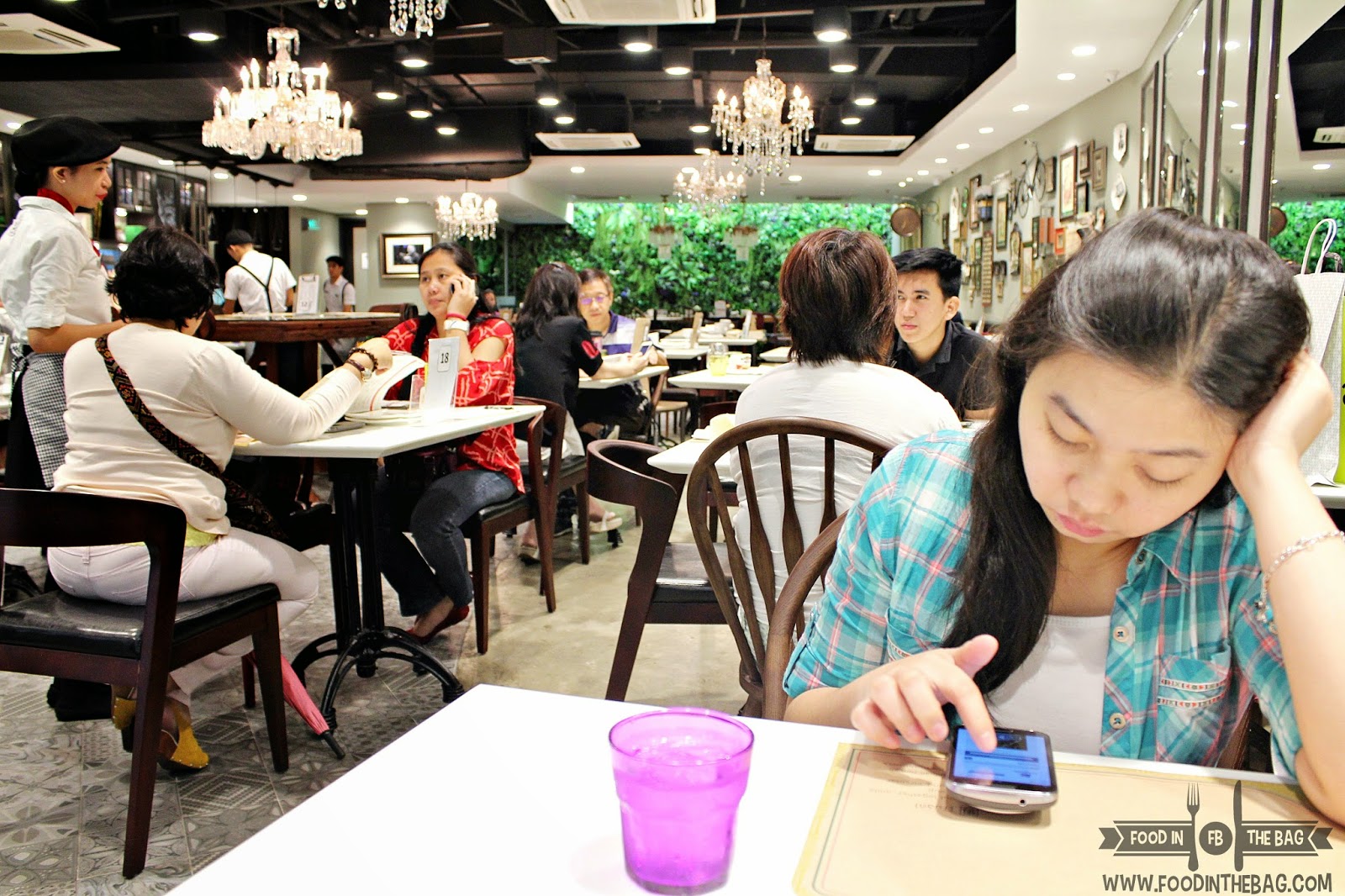 One thing that I noticed when we entered was the stack of BLACK & WHITE Milk Cans. 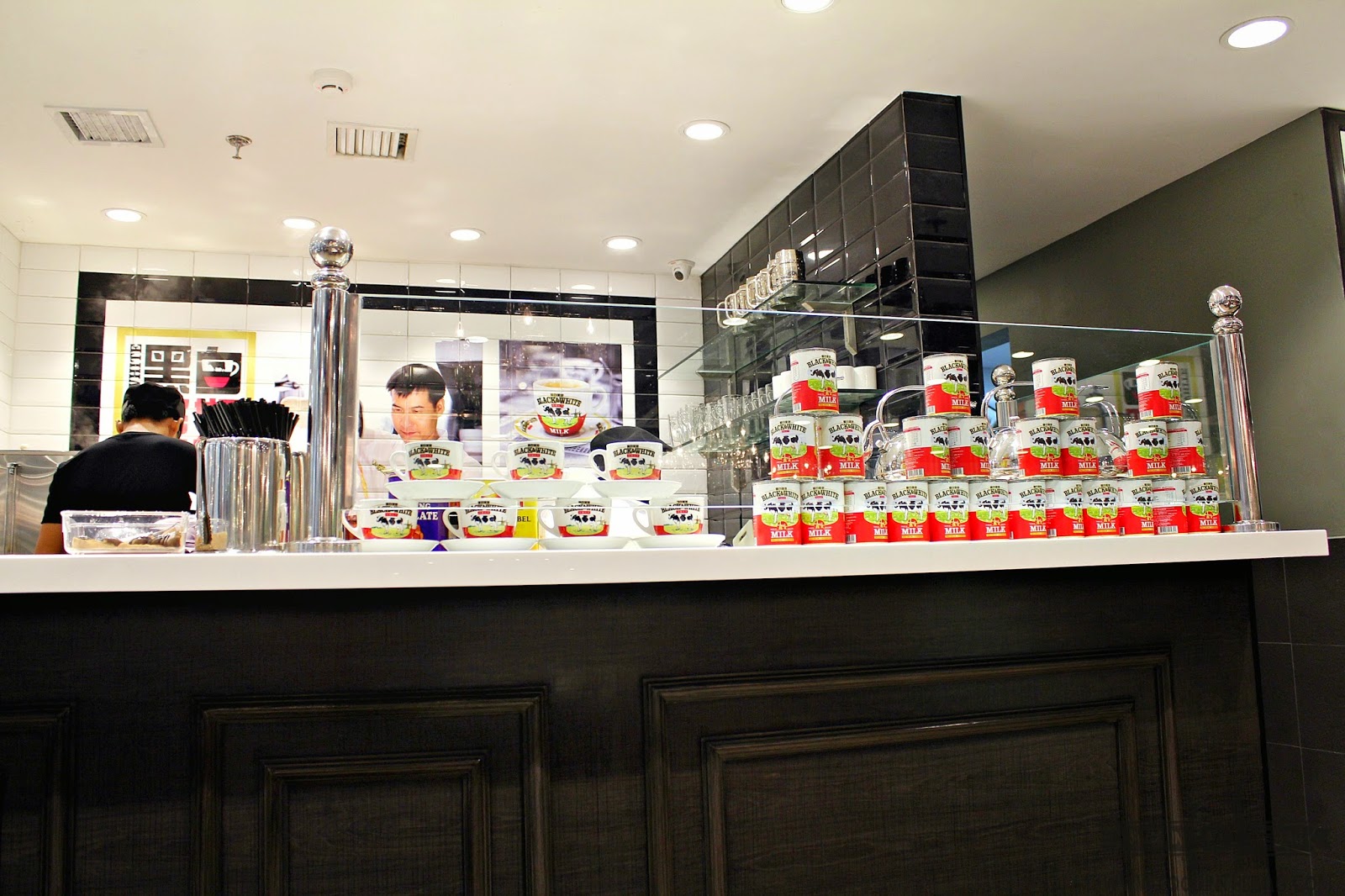 If you frequent Hong Kong, you would notice the best places that serve coffee and milk tea use this brand and they proudly show their ware. Quality!

After giving our orders, we were quickly served with the CRISPY BARBECUED PORK SNOW BUNS (128Php) 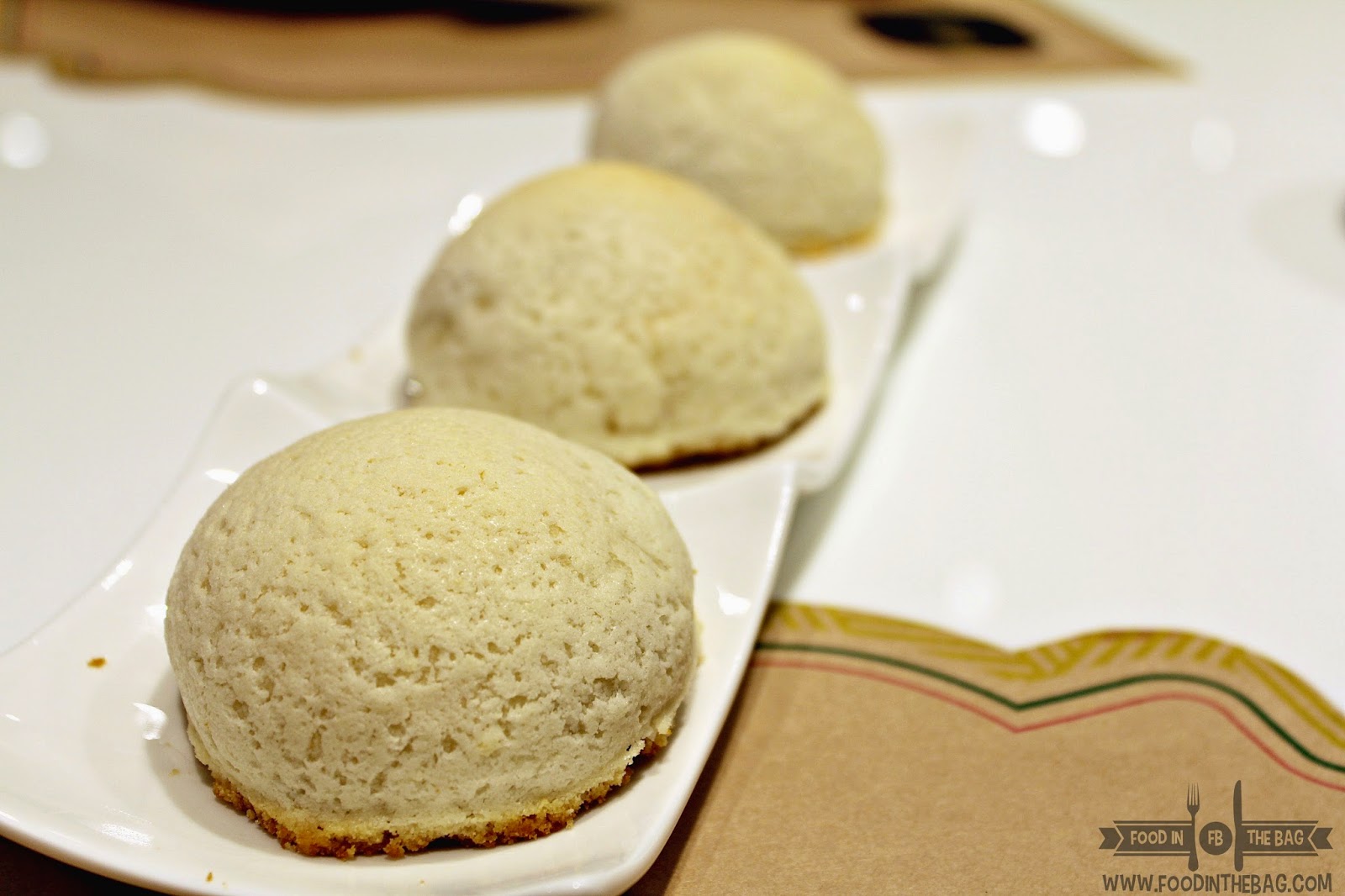 Impressed as this was served not even 5 minutes after orders, even before our drinks. It felt as if it was toasted to perfection. 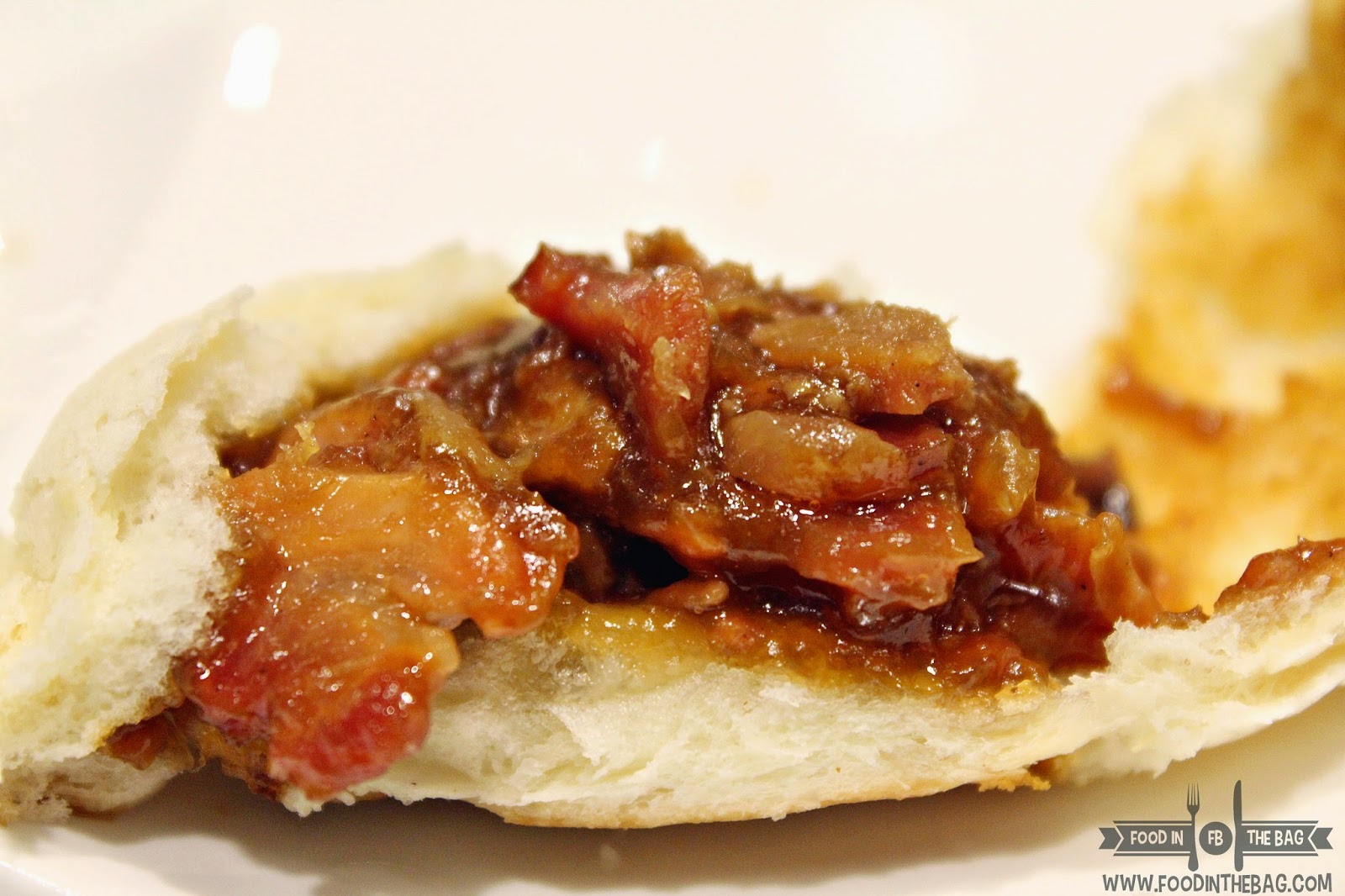 The fillings aren't that sweet compared to TIM HO WAN's version. They weren't skimping on the ingredients too. It was filled to the rim. A big plus is that they allow you to have these to go. With heating instructions on the side of the box, it turned out pretty good. Still, it is better eaten when freshly made. 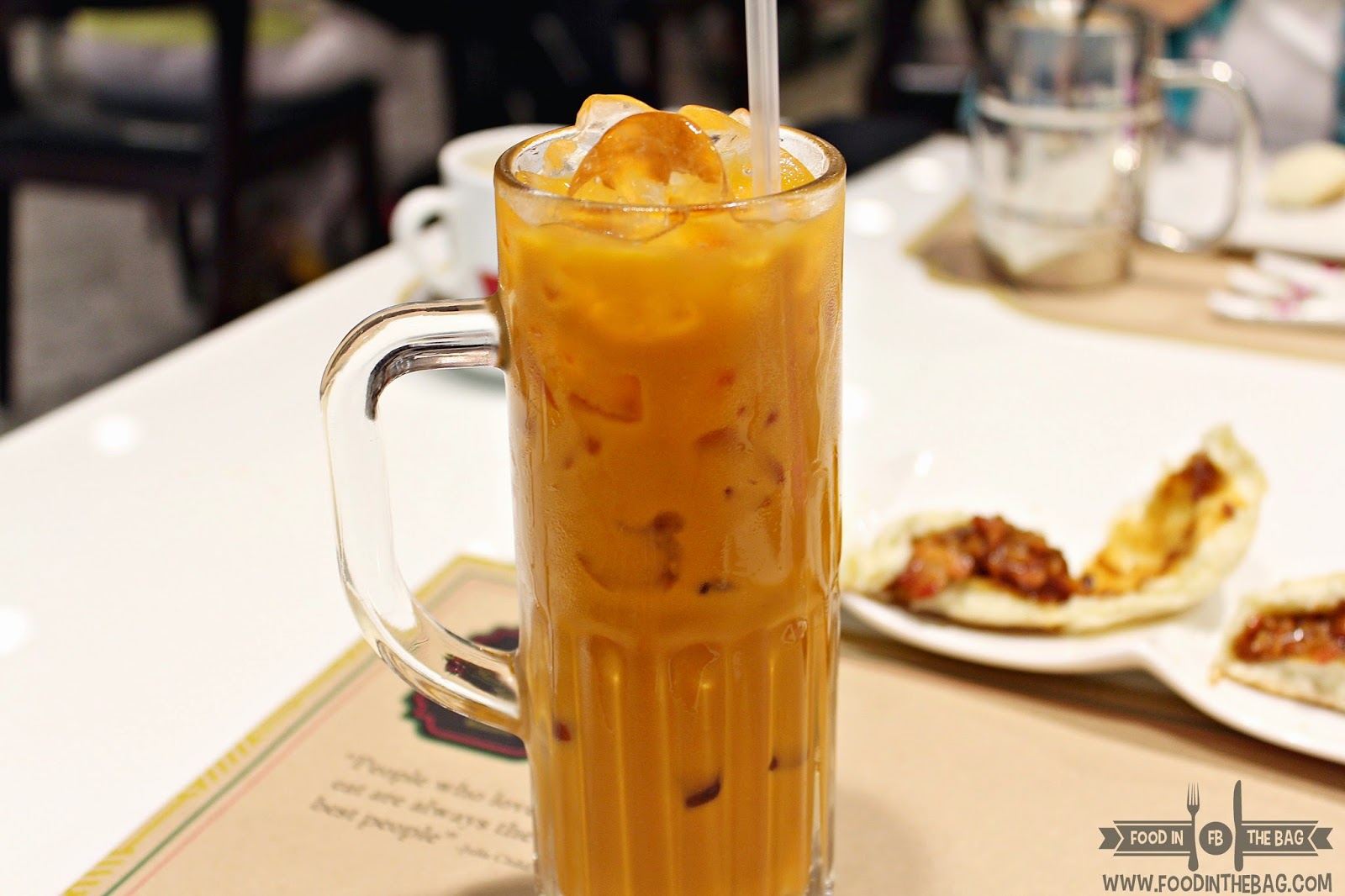 Reminds me of how good it was when I visited BKK last year. Of course I had a sip.
I had the NAI CHA (108Php). Not too sweet and just had the refreshing taste. Gone in 30 seconds I believe. Sorry SO forgot to give you a taste. 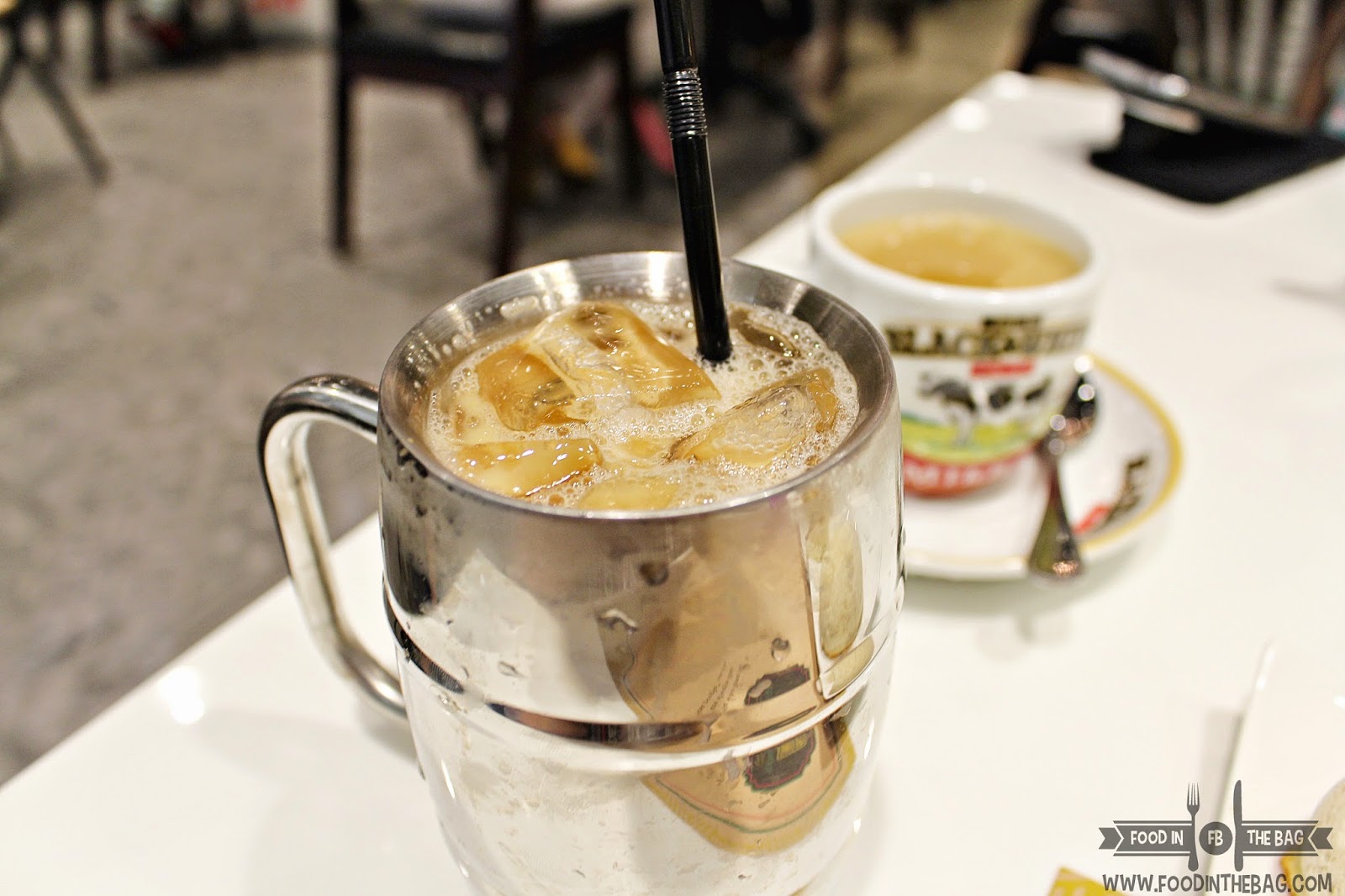 Since we had the option of making our own noodles, I got a set meal with the HK STYLE COFFEE. 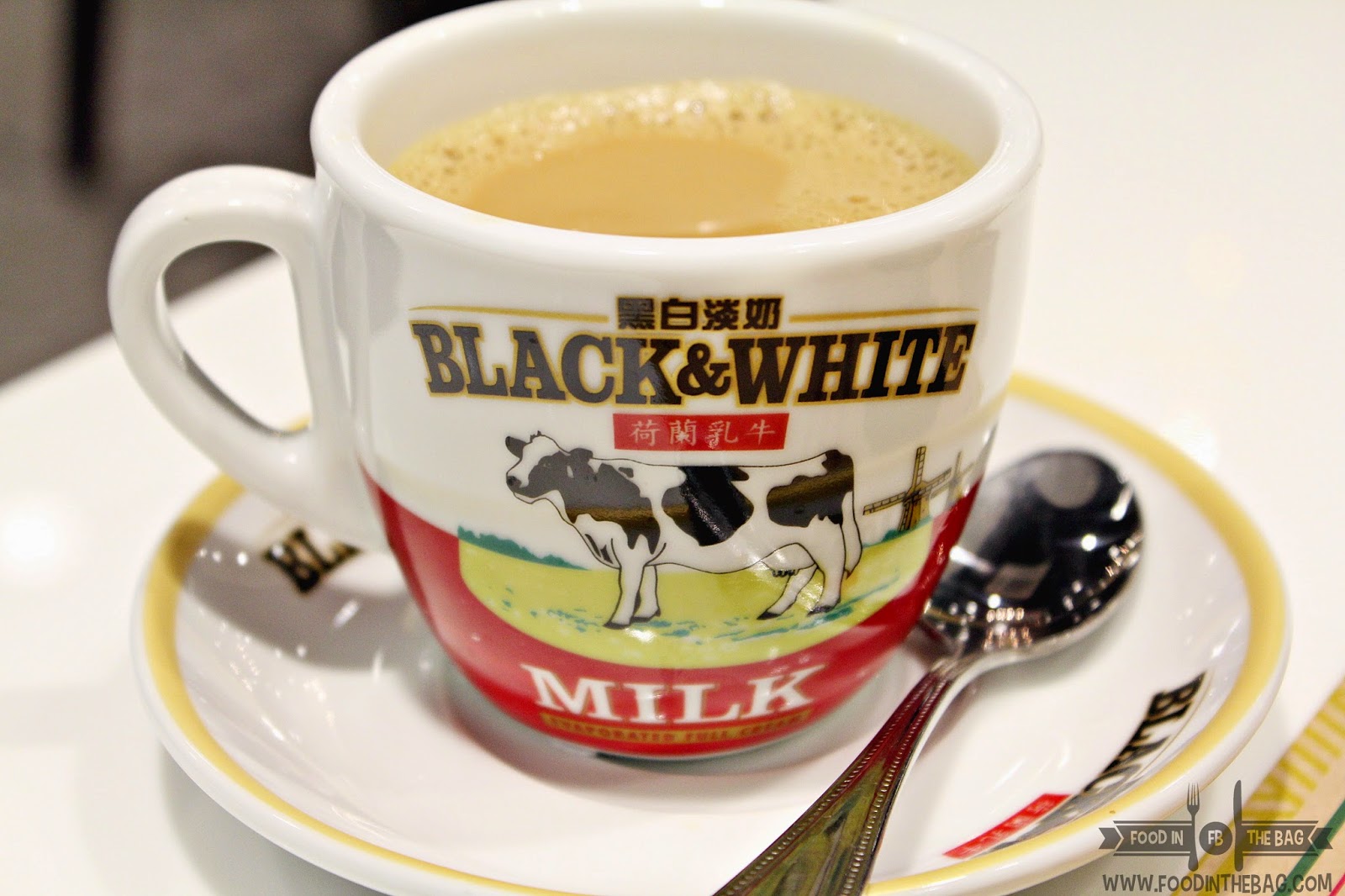 No additional sugar. Just used BLACK&WHITE and it was a little different but SO finished it. 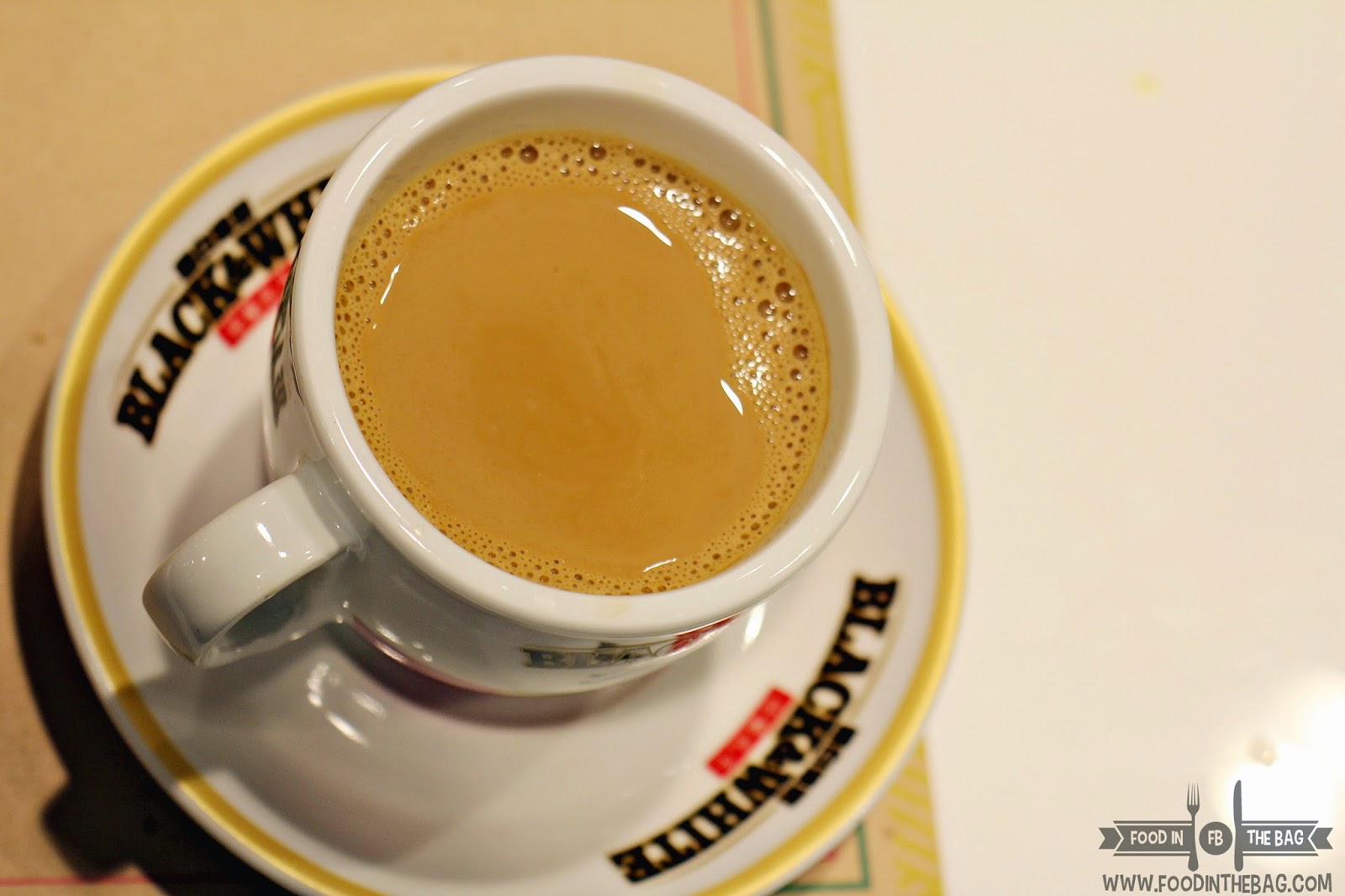 I had this coffee because we chose to get a NOODLE SOUP SET(428PHP). 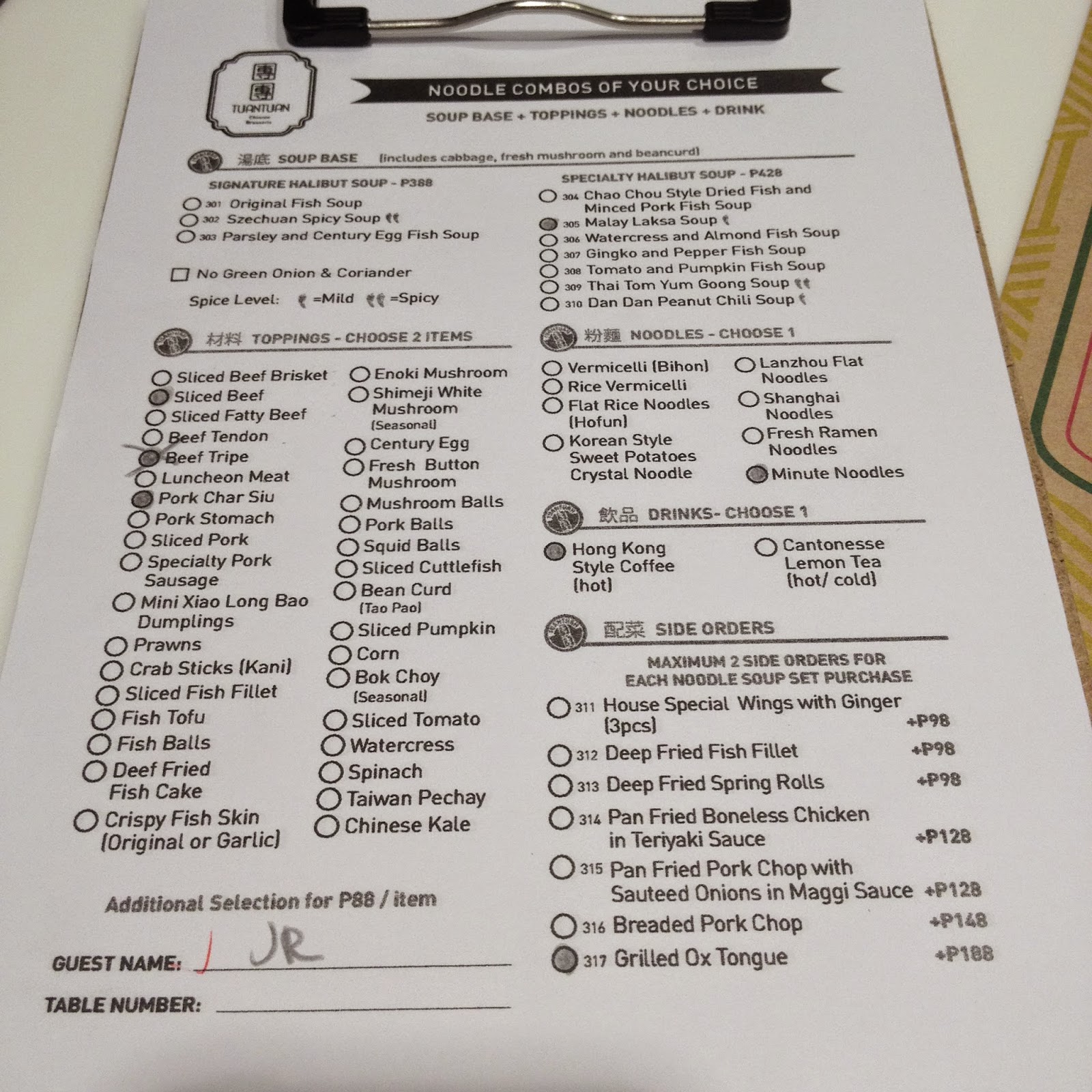 I had asked the kind server on her thoughts and which makes what but she was a bit apprehensive and I guess more training for her would do. Understandable with this being their soft opening and all. She couldn't answer most of my questions in terms of taste and suggestions but I just went with my gut. 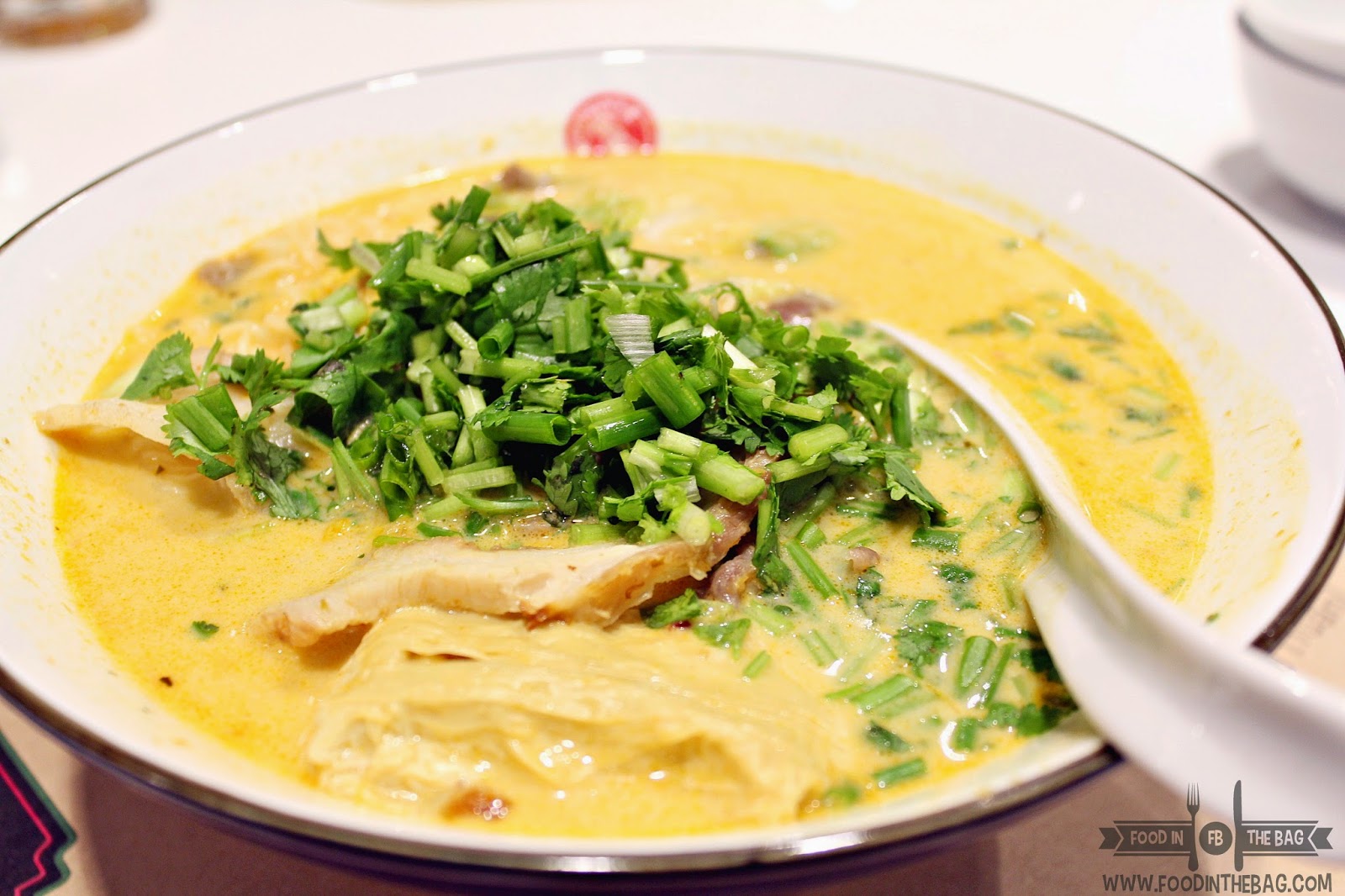 You know what? It tasted great. The base soup of malay laksa was incredible. It wasn't too spicy but it gave that feeling of you wanting more. The soup wasn't too thick so it was pretty easy to slurp down with the noodles. Speaking off... 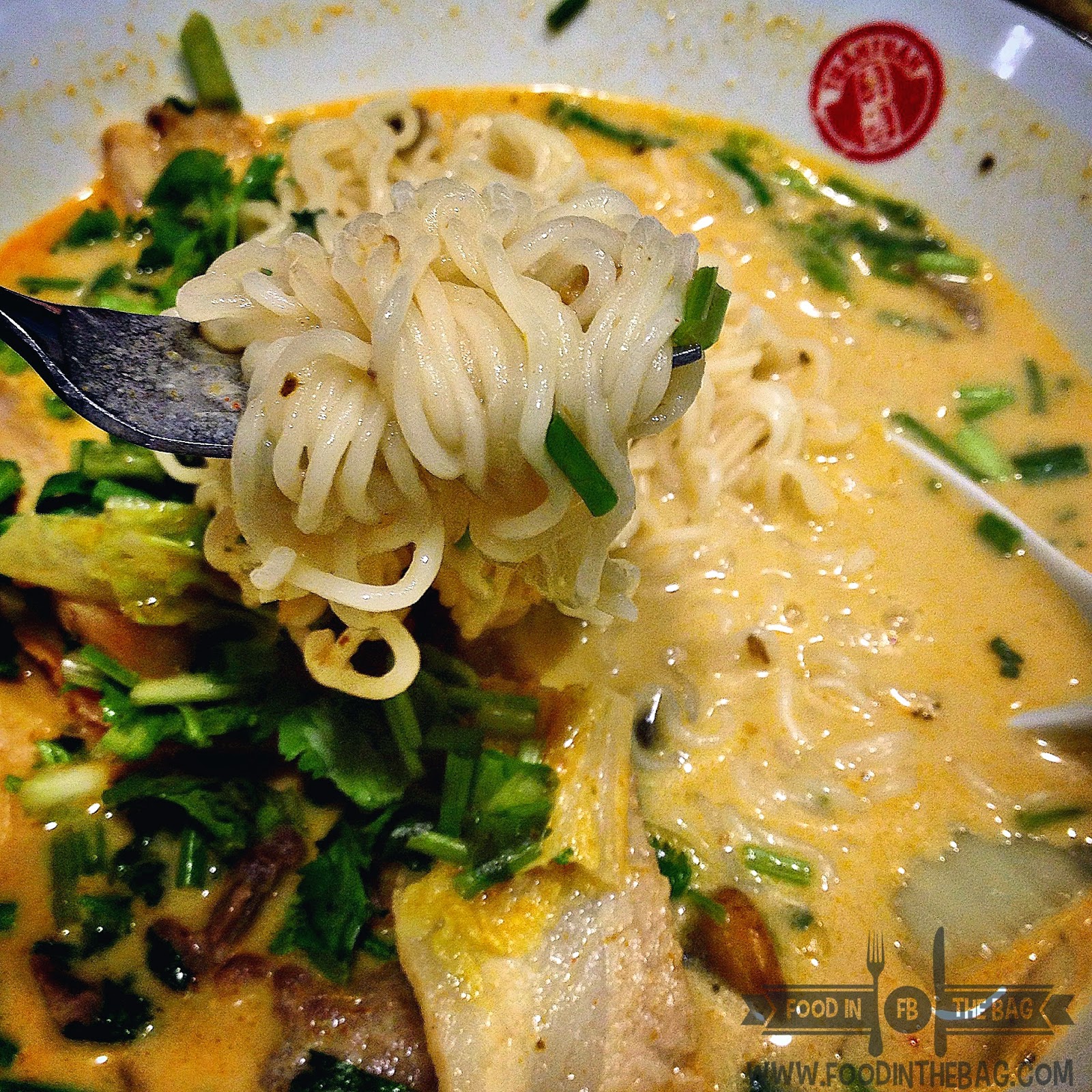 Picking the MINUTE NOODLES (instant noodles) was the right choice. For me, they were perfect for any of the soup dishes. It had the curl and twist and the amount of it was more than enough for my hungry tummy and SO's. Thank you Richard of TALES FROM THE TUMMY (click here) for the awesome post and the heads up!

From here, it was a little bit of a downhill. They totally forgot about my additional order of
GRILLED OX TONGUE (188Php) 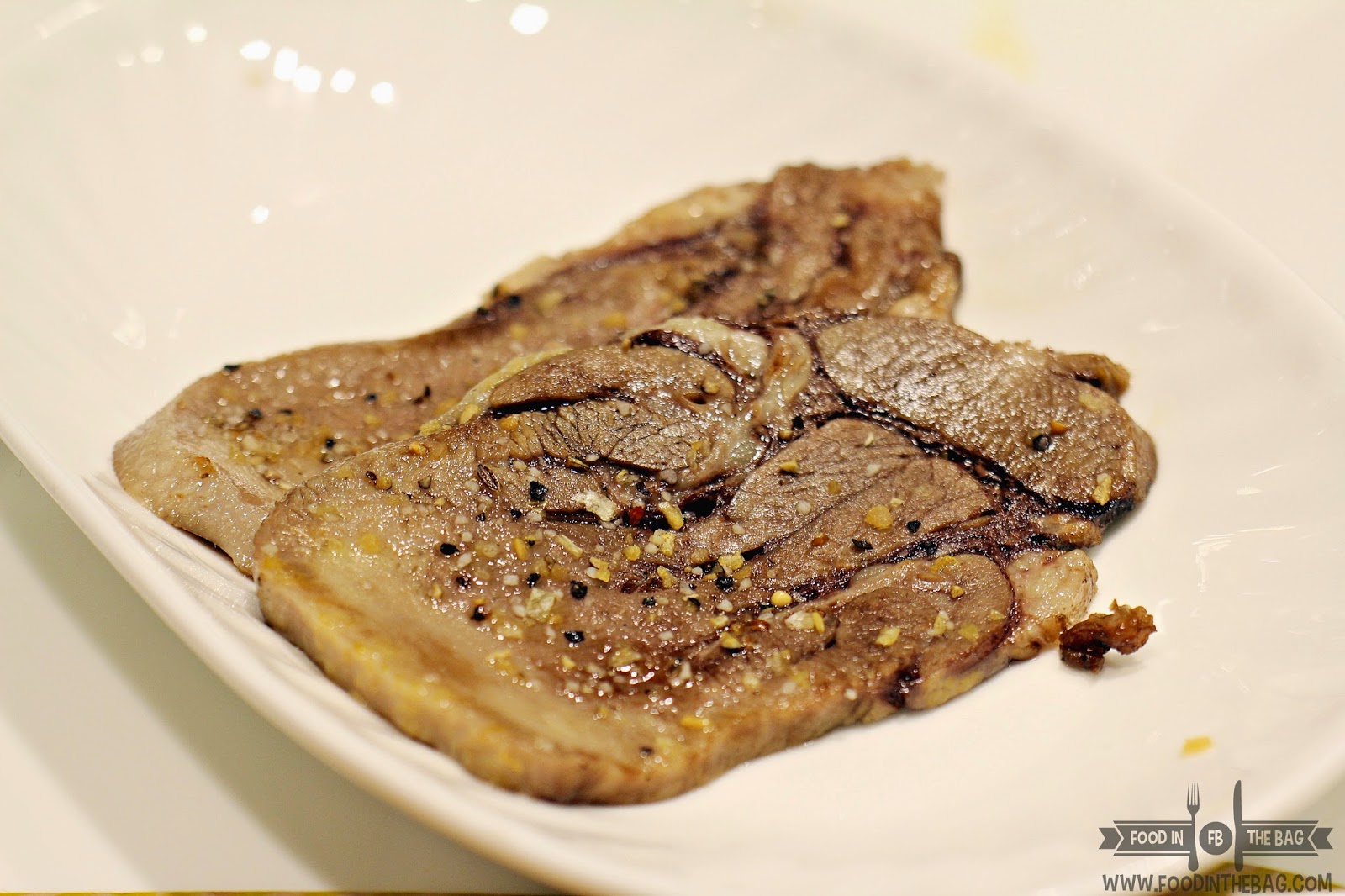 We were already almost finished with the noodles when I had asked for it. Woops.. they forgot about it.


When it arrived, it was simple yet amazing. The texture and the flavor were brought out by the simple use of salt and a few spices. I loved it even if it costs a bit too much.


After getting the tongue, we had to kill time. We were there doing nothing. We were just waiting. For our last dish to arrive. It was like eternity. I mean, here we are thinking of getting the meal all in one go yet we had to follow up multiple times just to get our orders. I don't know if they were a little frantic but heck... the place wasn't full. Most of the patrons were actually done and leaving.

Anyway, when the HOUSE SPECIAL TRIO (388Php) was served, I had lost my appetite. Thankfully, SO was still game about her order. 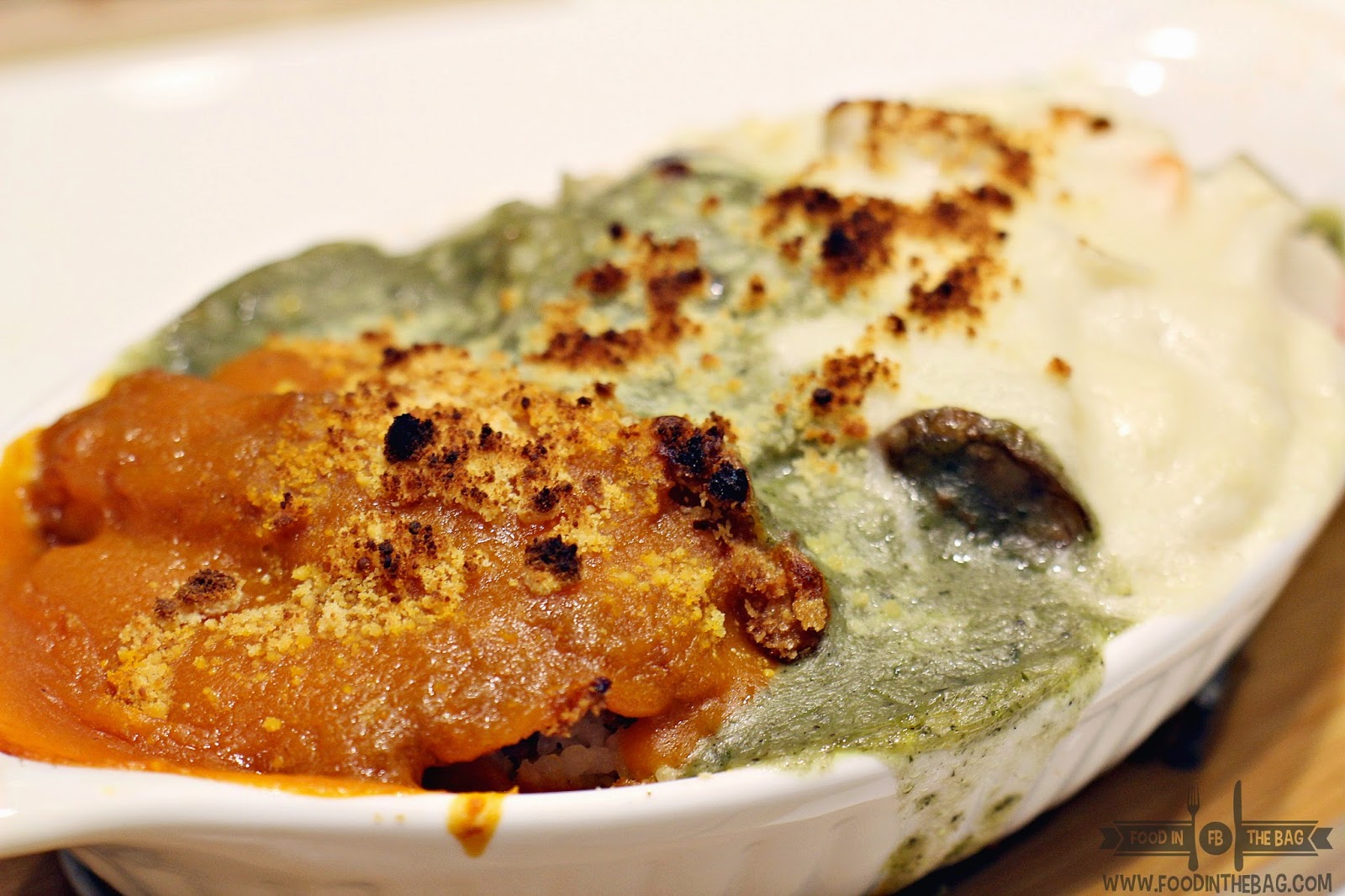 This is basically 3 dishes in one. Composed of (L-R) pork chop with tomato sauce, pesto with mushrooms and creamy seafood. I liked the creamy seafood part and the pesto. The pork chop was a bit dry.

For the first time, SO didn't finish a rice meal. I guess she also lost her appetite because the food took that long.  We just had the left over to go.

I could honestly say that the food is great. Hands down. With the beverage menu as well, they could definitely build on it. Unfortunately, their service needs a little tweaking. Granted that they were just 2 weeks into operation, maybe they could help their front staff by training them more. And also, informing the patrons that the food may take awhile even if the restaurant isn't filled with customers. 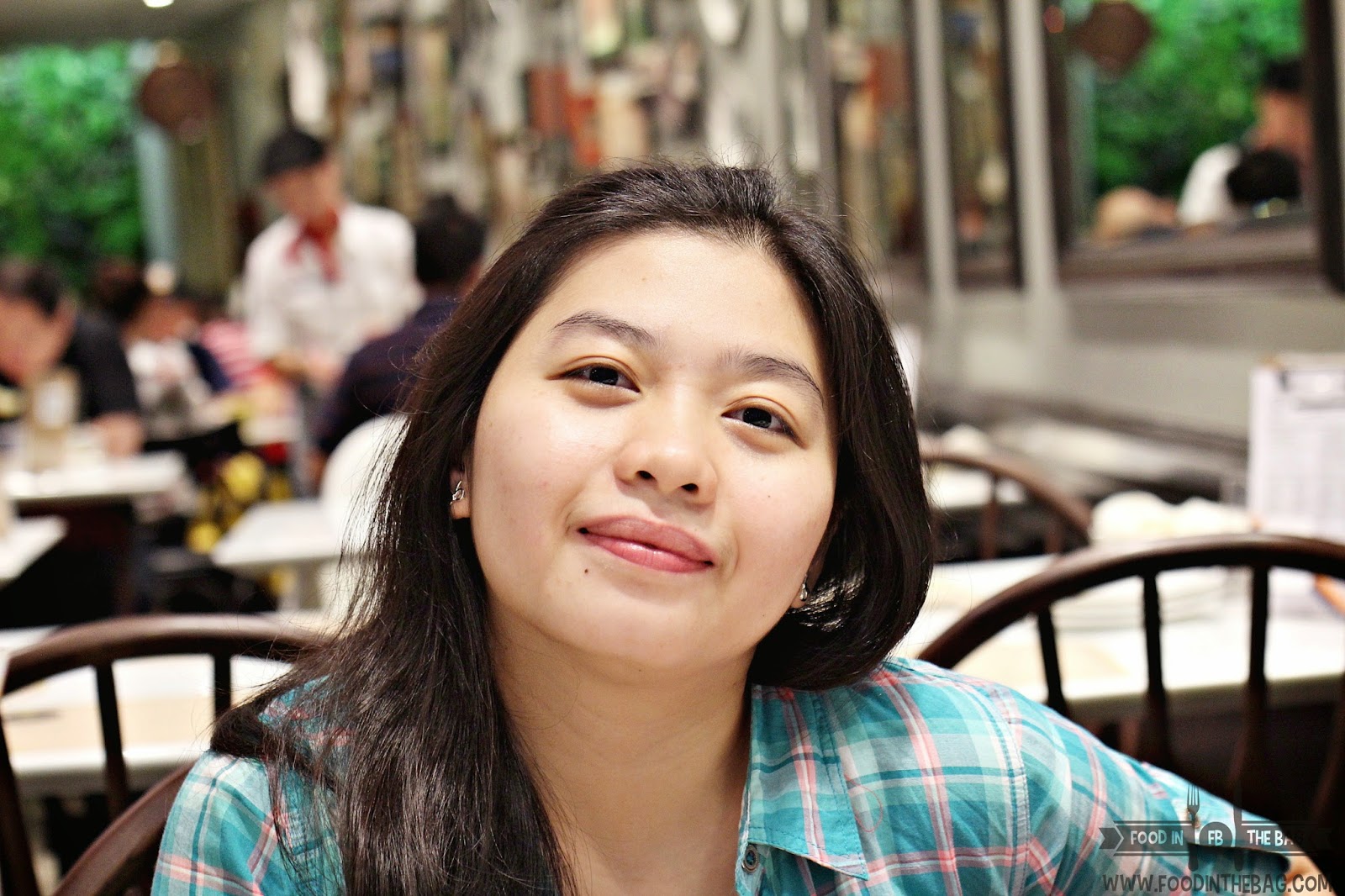 Budget around 500Php per person and don't forget to bring patience because you will definitely need it.

BTW,  my mom brought some TUAN TUAN goodies for me to try a week or so back. The BEEF RIB and TENDON CURRY (488) was amazing. The beef was tender and soft and the curry sauce was definitely spot on. Also, the Honey Garlic Chicken wings (248Php) was a delight. I loved munching on them and I enjoyed the sweet taste along with the chicken skin. It is definitely better to have the snow buns in the restaurant rather than bringing them home.

disclaimer: paid for our meals. wrote this post based on our experience.
Tagged