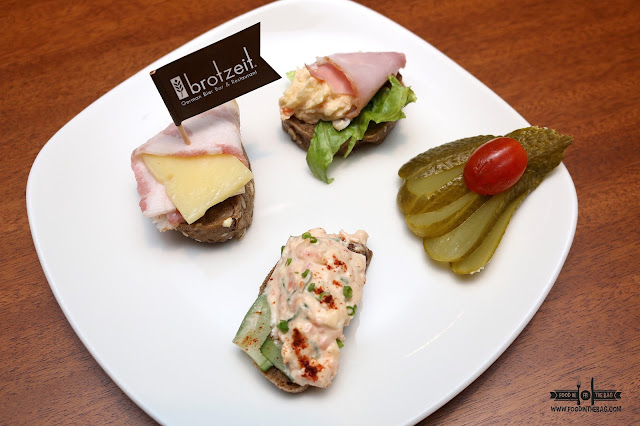 For someone needing a quick break and a glass of German beer, BROTZEIT in BGC is the best place to go to. Located in the new Shangri-la Hotel block in between the Mind Museum and Bonifacio High Street Central, BROTZEIT opened their third branch just last weekend. 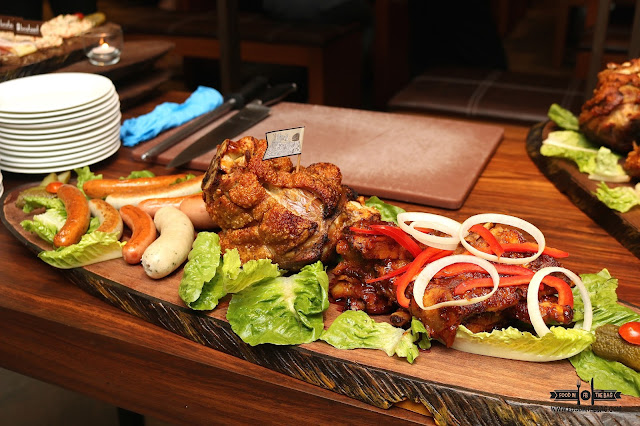 During a media event, the people behind Brotzeit rolled out the big guns and never looked back. 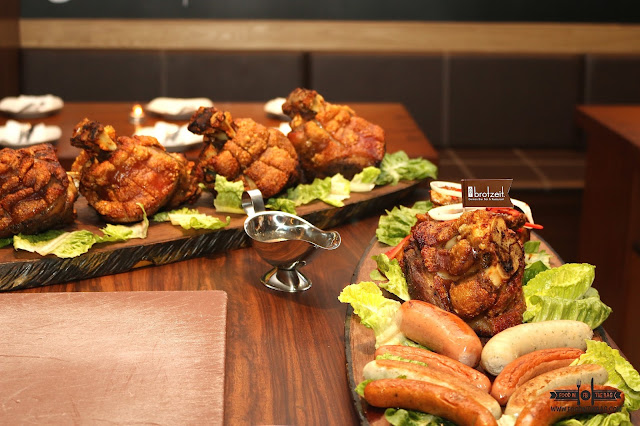 Right from the start, they had sausages and their famous pork knuckles right there for the taking. 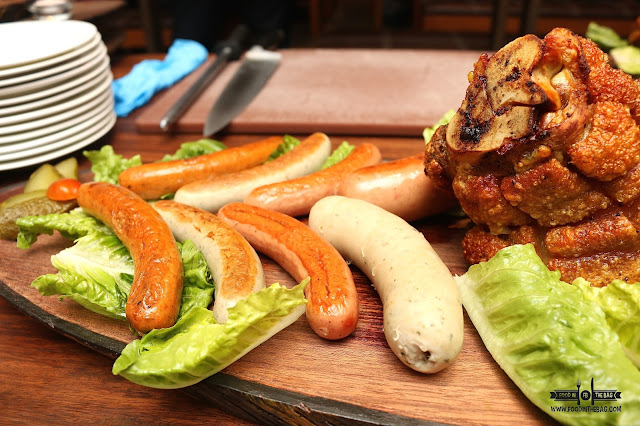 The sausages had different texture and flavor that would make them pairing with beers heavenly. 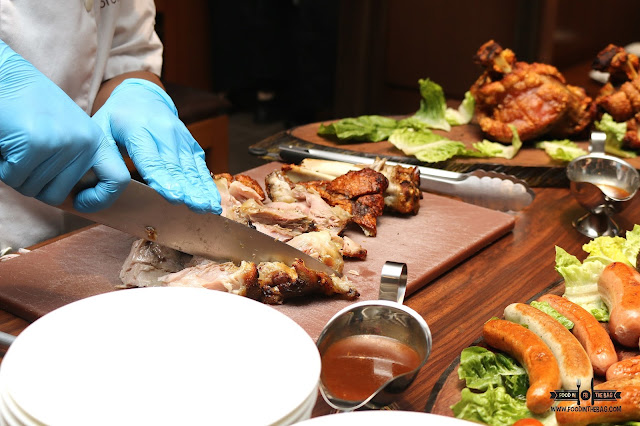 The knuckles were pretty intense. Imagine crunchy skin and moist meat. Take note, these aren't fried. They are cooked in an oven. Bad ass right there. 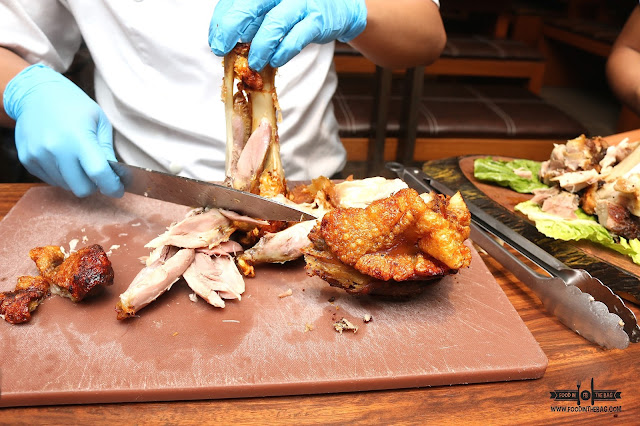 Aside from the stars of the night, simple but delicious hors d'oeuvres were served too. Wrapped up ham and cheese were placed on top of freshly baked bread. Delicious. 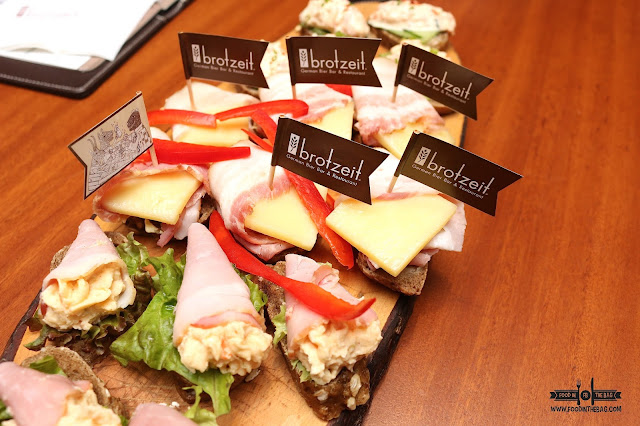 The pub vibe will not be complete without beer. Here at BROTZEIT, GERMAN BEER is their bread and butter. 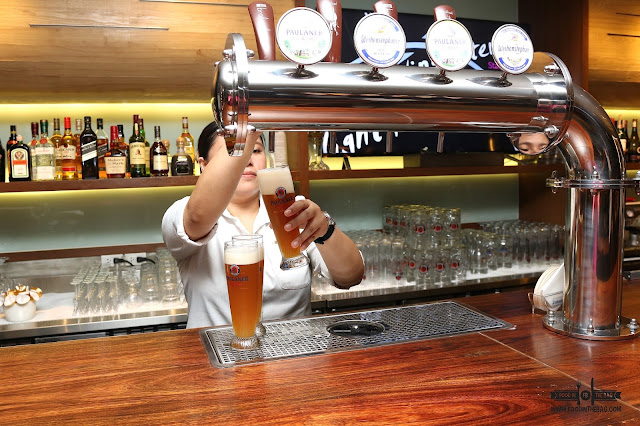 For someone that is not really into beer, I was delighted and pleased with their flavored ones. Different fruit flavors were used to make the beer more enticing to a none beer drinker like me. 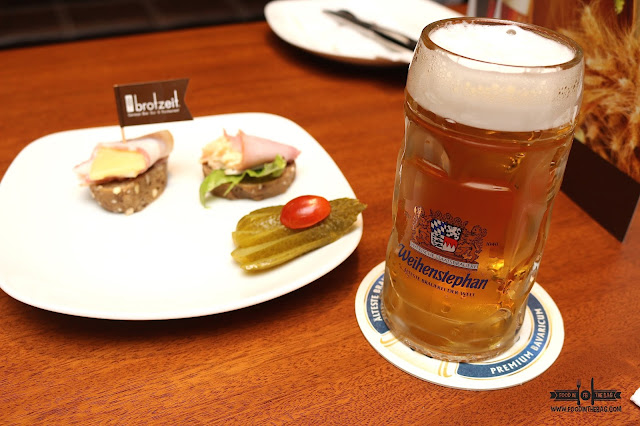 In line with the celebration of the GERMAN BEER PURITY LAW, which limits beer ingredients to water, barley and hops,  they are serving a new seasonal menu to attract beer lovers.
Without a doubt the Pan Seared Sea Bass with weissbier is the choice dish of the night. If you must have just one dish to order, this must be it. The fish was well cooked. The meat was moist and the flavors were there. Even if the hollandaise sauce wasn't that evident, the fish was definitely the focus of the dish. 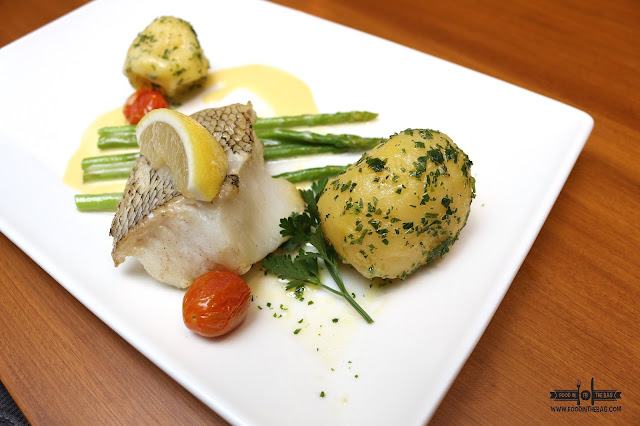 For pork lovers, the slow roasted pork in dark beer sauce would be your choice. Accompanied by a bacon-cabbage salad, the slow roast gave of a dark malty flavor since it was marinated with beer. The napkin dumpling should not be confused with the Chinese version. This one is traditionally made with stale bread and taste a little bland but it would go well with the pork. 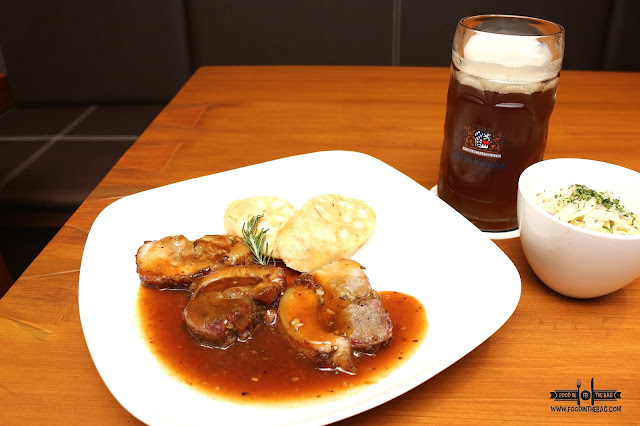 Honestly, I enjoyed the VEAL. The Veal Ragout was served with napkin dumplings and red cabbage. Not overly gamey, the veal was tender and I enjoyed it. 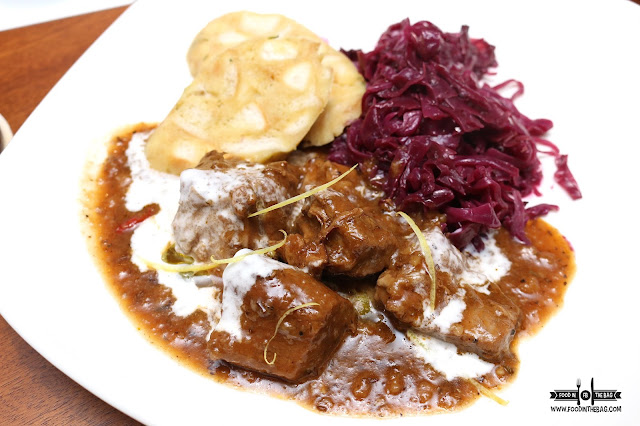 Granted that I'm not a liver eater person, the Roasted Liver in dunkel weissbier was pretty good. The soup sauce was reminisce of beefsteak or bistek. This would go well with garlic or white rice. 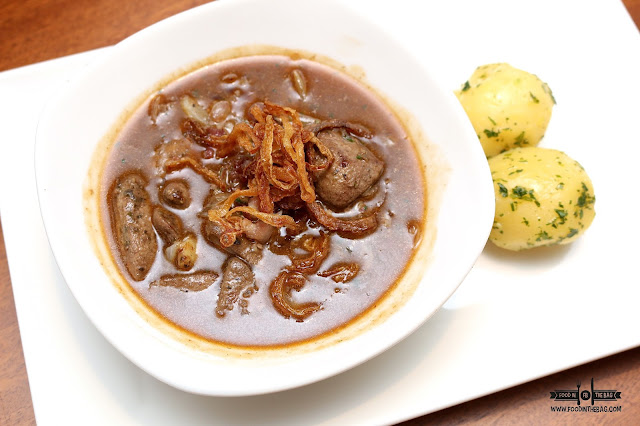 To end the meal, BEER BATTERED APPLE SLICES were served. This had a side of vanila ice cream and were covered with cinnamon sugar. I enjoyed the texture of the coating and also the bite that came from the apples. The berries were a nice touch too. 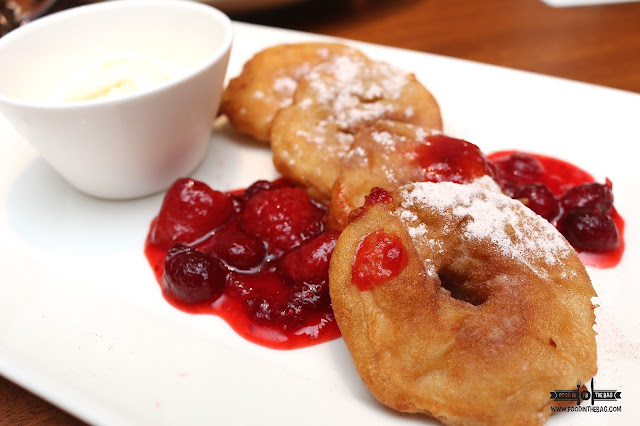 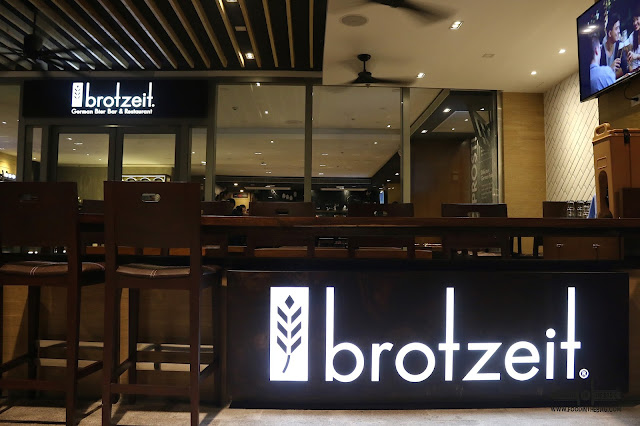 With BROTZEIT opening up in Shangri-la The Fort, patrons are given more choices on where to go and to dine. This would definitely be a nice place to visit for a German food craving or if you are into football or any other sports as they would surely have viewing parties of such. In anycase, I hope you could visit today because they have a 50% off on all food items up until today (April 20, 2016). PROST!


Disclaimer: Was invited to this event. Wrote this based on my experience.
Tagged