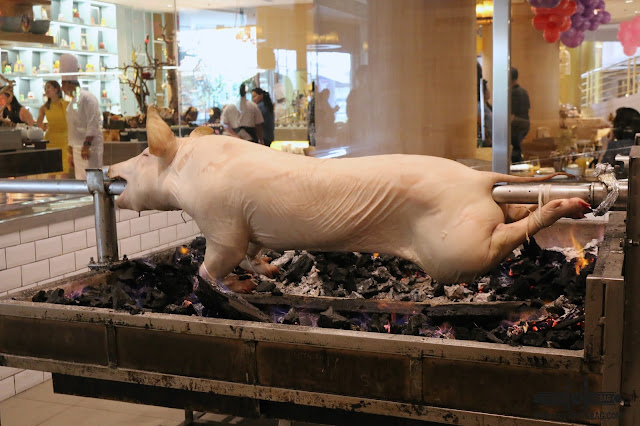 Have you ever seen how a LECHON or roasted pig is cooked? At DUSIT THANI'S THE PANTRY, they anticipate the needs and the wants of the guests. As such, they make sure that they cook, cook, and cook everything in house to make it fresh, delicious and spot on. 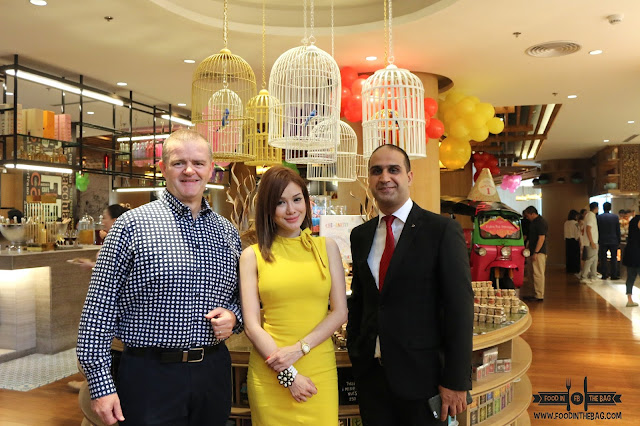 Just a few days ago, DUSIT THANI'S in house restaurant THE PANTRY, celebrated it's first year anniversary. Festive mood was in the air, as balloons, tuk tuk and even unlimited drinks were served during the party. 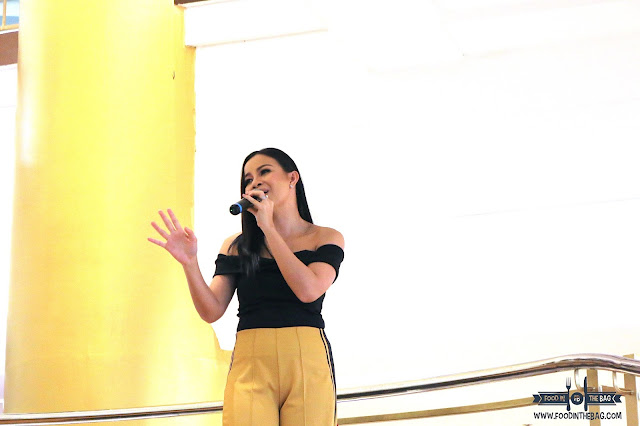 To make the day more special, a performance by the bossa nova singer, SITTI NAVARRO, was done on the staircase. This definitely made the dining experience special. 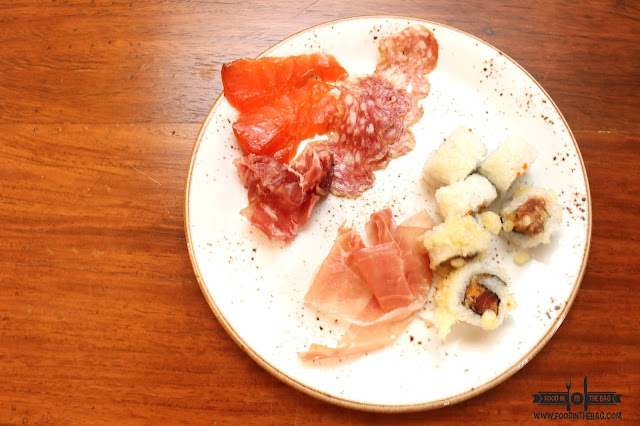 Still, it is the food that lured people in. To start off, one could go for the cold cuts, salads and appetizers. Different cuts of meat complimented the freshly baked bread. Aside from this, THE PANTRY had a make your own pasta section that was just beside the fresh seafood area. The most pound for pound spread though would have to be the carving station. 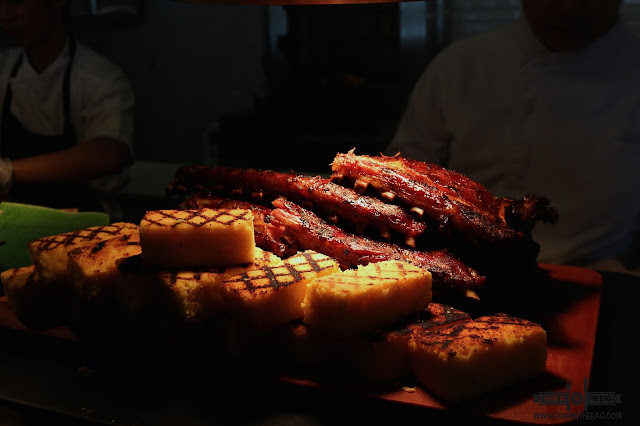 Huge portions of baby back ribs, crispy knuckles, and everyone's favorite, LECHON were served to the dining public. The roasted pig was taken right off the bat. Each chop would reveal smoke coming out from the insides. It was visually and olfactory stimulating. 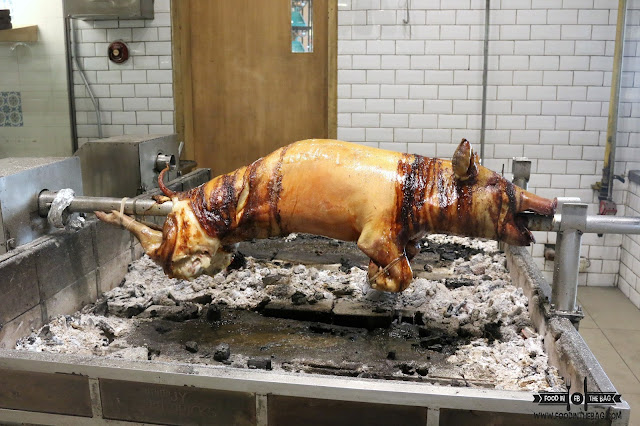 They even had a huge roasted lamb to give more choices to the guests. Although some may say that lamb has a bit of gamey taste, it was tender flavorful. Just beside this would be their halal kitchen. As such, our brothers and sisters would be able to enjoy the feast as well. 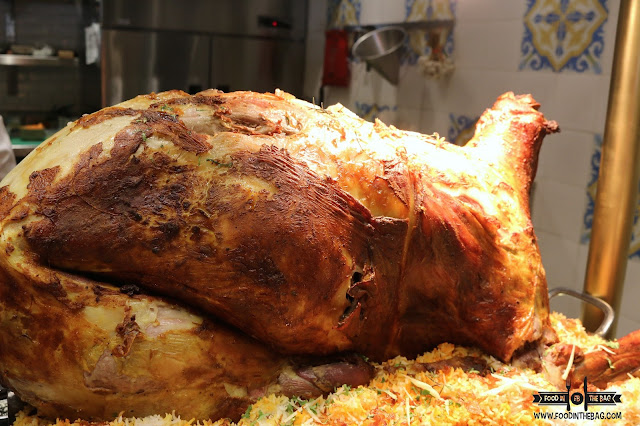 The best part of it all would be the STEAK. Right smack at the middle is a simple table with a huge tomahawk cut. 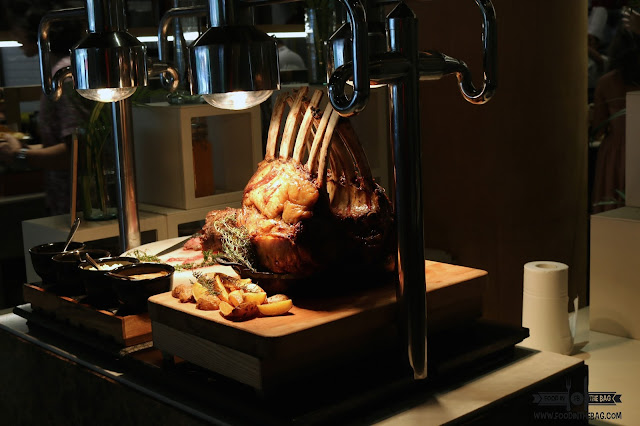 Bloody red and tender, this one was definitely a must get for all the meat lovers. Each bite could produce a moan like no other. The meat was tender and the juices were retained perfectly. Don't worry though, as your preferred degree of doneness could also be achieved. 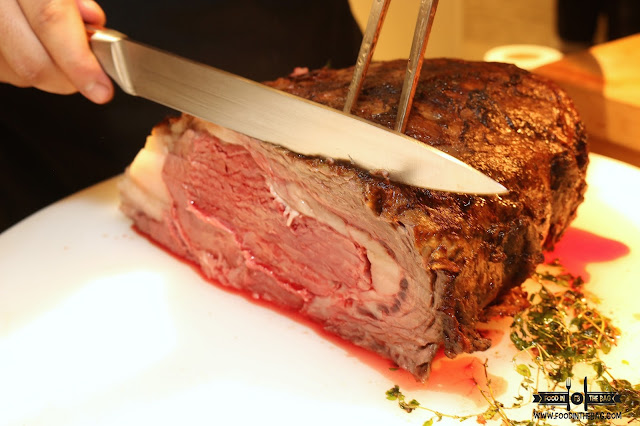 Dessert was very well done. A lot of sweet treats were served and presented. From Churros to cakes and ice cream made in house, guests could also go for local delicacies. 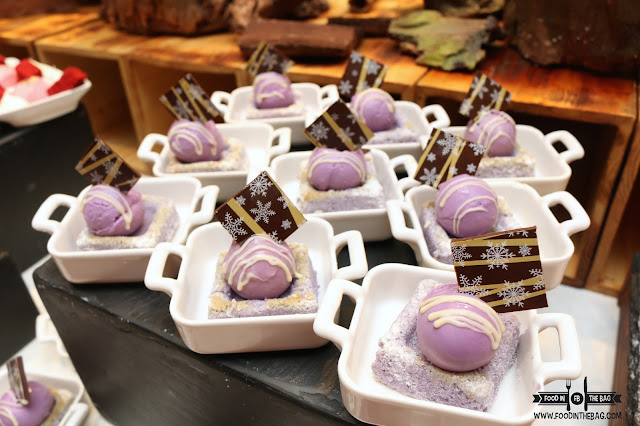 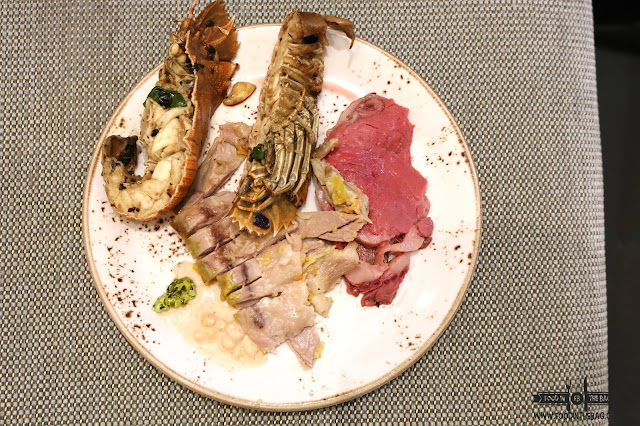 If one plate would sum it all up, DUSIT THANI'S The Pantry went all out for their 1st year anniversary. Different carving stations, seafood, cuts of meat were served to the public to enjoy this one of a kind celebration.
RELATED LINK:
The Pantry at Dusit Thani 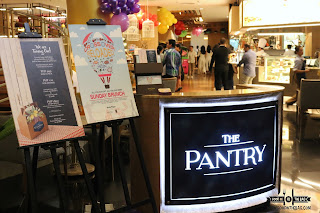 Disclaimer: Wrote this based on my experience. was invited by our good friends from Dusit Thani
Tagged