This was one of my friends dialogue with some of the people manning the breakfast buffet spread in Hotel Kimberly. Of course, I described it a little bit far out... but what the heck...
I pictured her as a brat... (she admits that she is...) wanting her piece of candy.

And as they say.. a brat gets what a brat wants...

So after checking out of the hotel, we went out straight to a milk place! 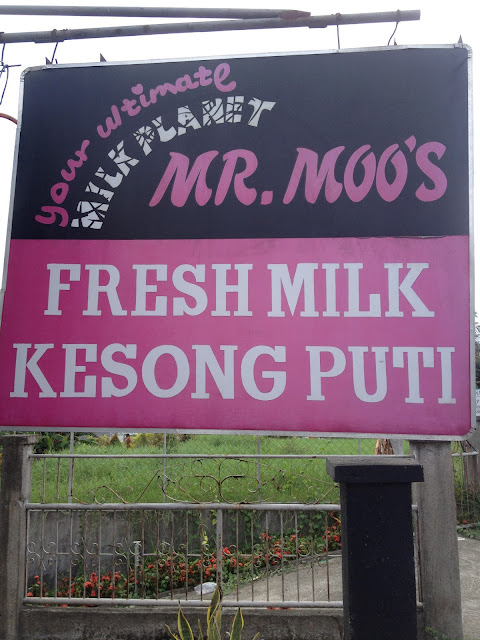 Mr. Moo is the place to go if you want your milk fix. They offer fresh, artificial free, preservative free MILK PRODUCTS!!!

The best seller would be the chocolate milk. 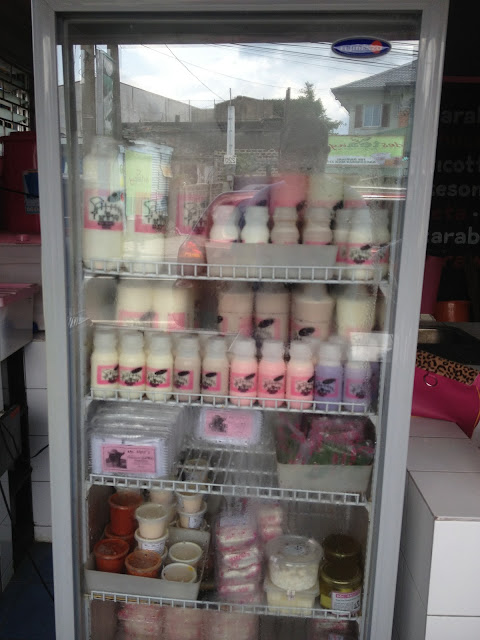 As much as I wanted to buy a lot, the products can only live to around 5-7 days.
It is also important for them to be placed in a cool environment. Do not worry though when one orders the drinks for takeout, they put them in a package with ice so it would reach Manila fresh and all good!
I got some for pasalubong. When I got home, the 2 1L chocolate milk were devoured instantely, so I have no picture of them... Good thing though, I was able to take a picture of this pastillas before they got to it. It was smooth and wasn't that sweet. Just the way I want it. 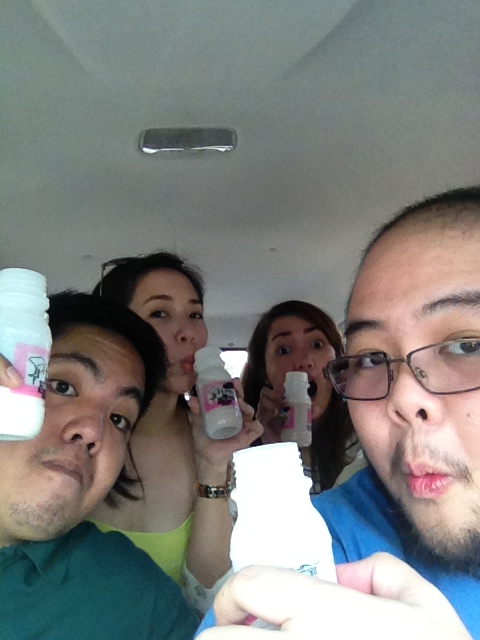 
So far, I have only located three branches in the Tagaytay Area.
When passing by Aguinaldo Highway going to Tagaytay, a branch could be seen on the left side. I believe it is near Santis.
When passing by the Sta Roas route. They are both present on both sides. Coming from Manila, the first one would be located on the left side. While the other branch is found on the right side near the T intersection of Tagaytay.