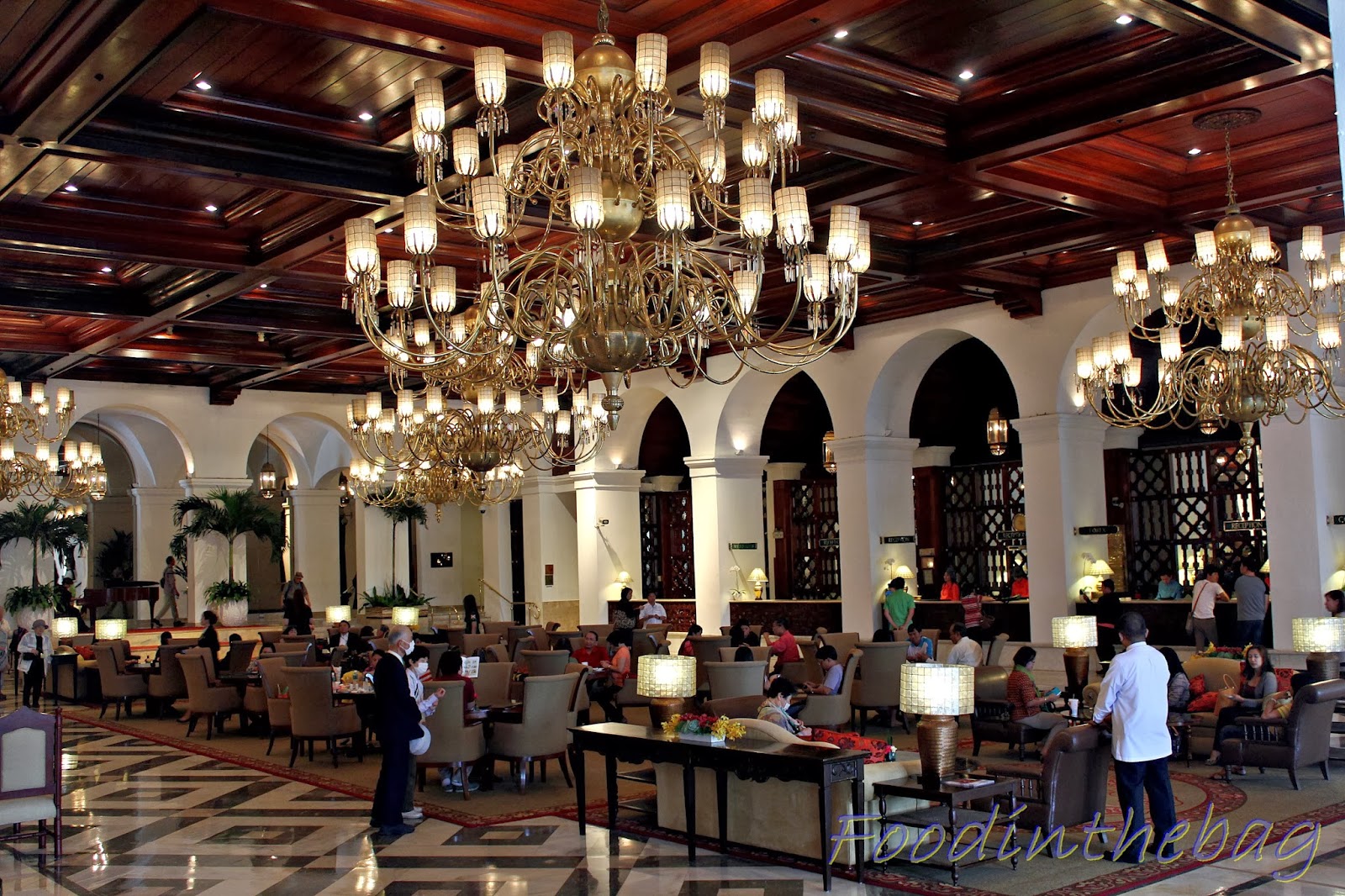 And I am back...... Within a week's time I found myself in The Manila Hotel again.


I had the privilege of going to a one of a kind tour inside the historical Manila Hotel.

Historical well because it was the only 5 star hotel from history that withstood bloody wars and is still up and running in Manila. With over 500 rooms, this place was opened on July 4, 1912 and served a lot of world leaders and not to mention international celebrities. 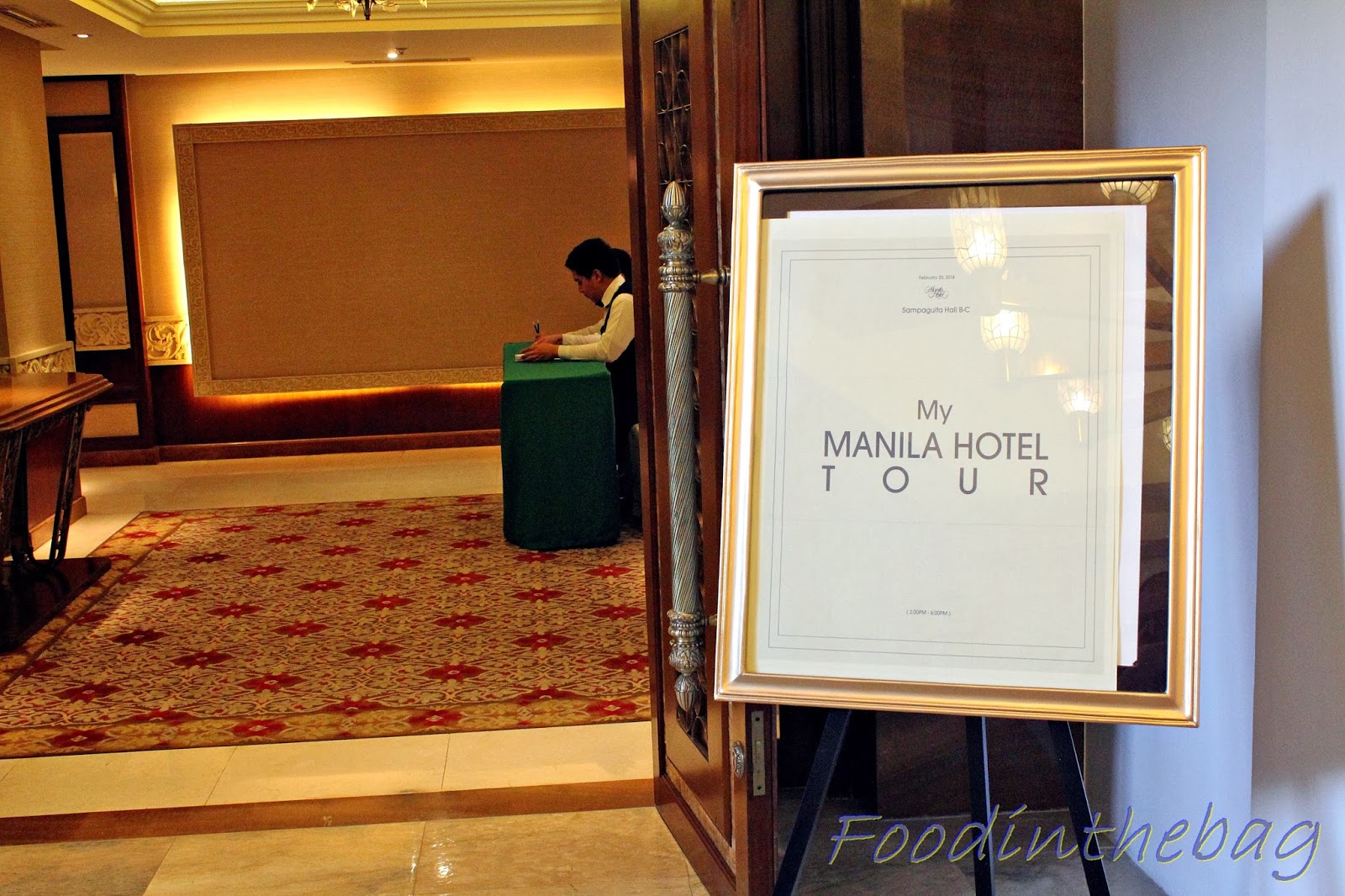 Since I was a bit early, I went around and saw some beautiful ladies. I actually thought that they were going to some kind of party. 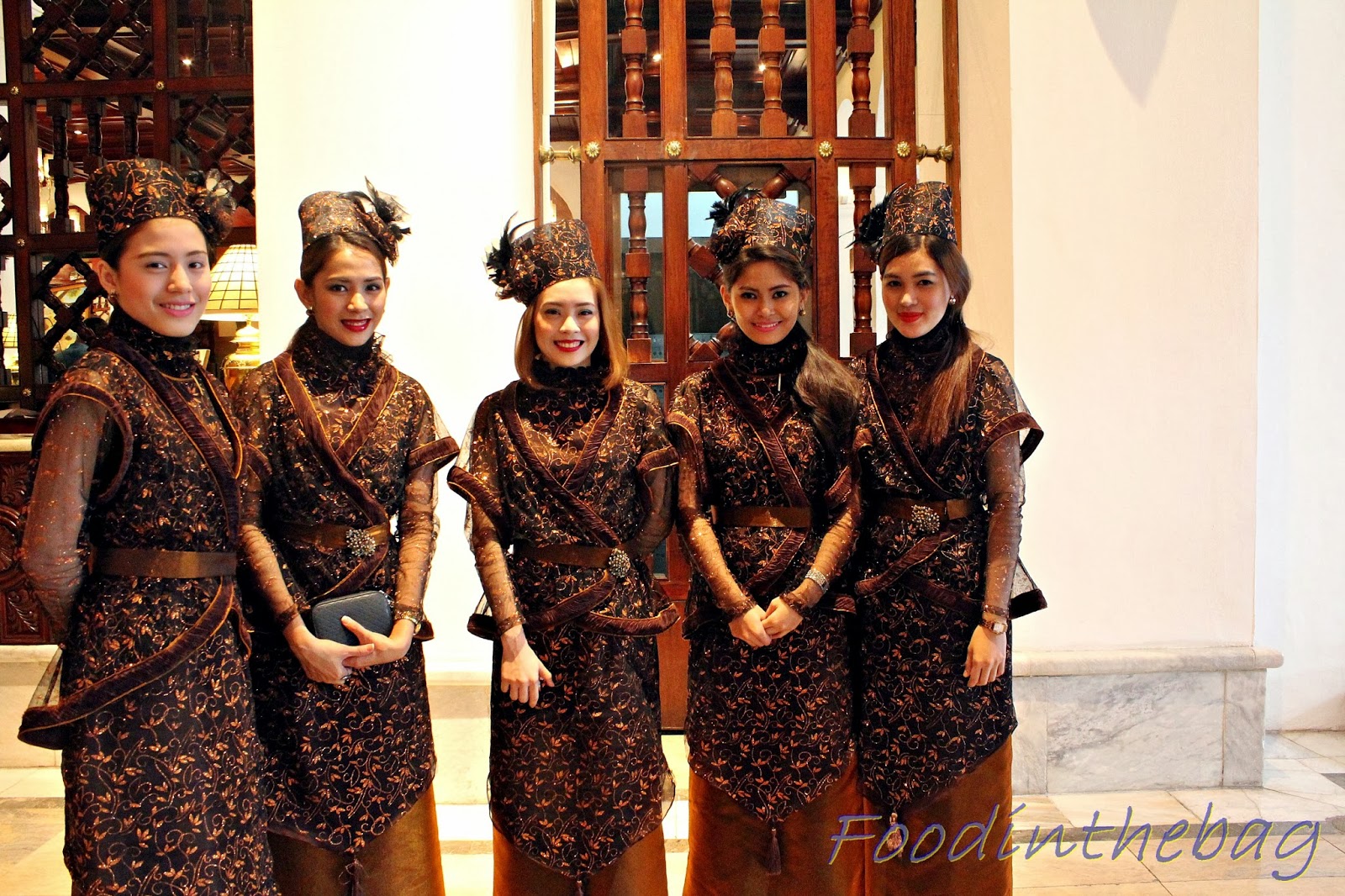 Wouldn't you know it, they're in fact part of the guest services of the hotel. From what I gathered, its all part of the theatrical way of serving the hotel's patron. And yes, these costumes change daily. 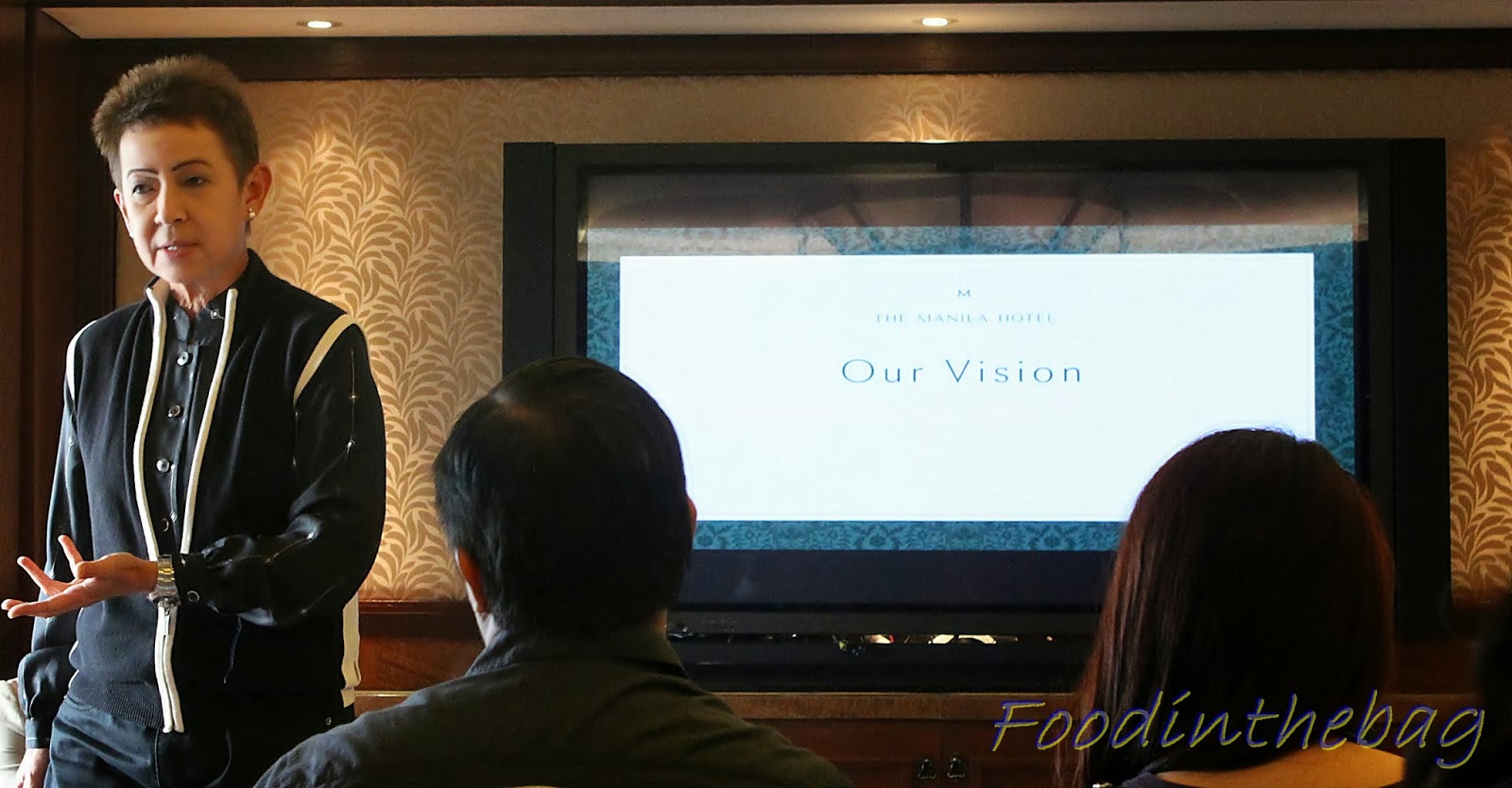 When I returned, I was surprised to see no  less than one of their head honcho, Denise Tambuatco, Senior Vice President-Marketing, facilitating the briefing. Afterwards, the participants were led to the different places around the hotel. From the famous MacArthur Suite to my favorite Cafe Ilang Ilang (click)


One of the highlights of the tour would have to be this suite right here: 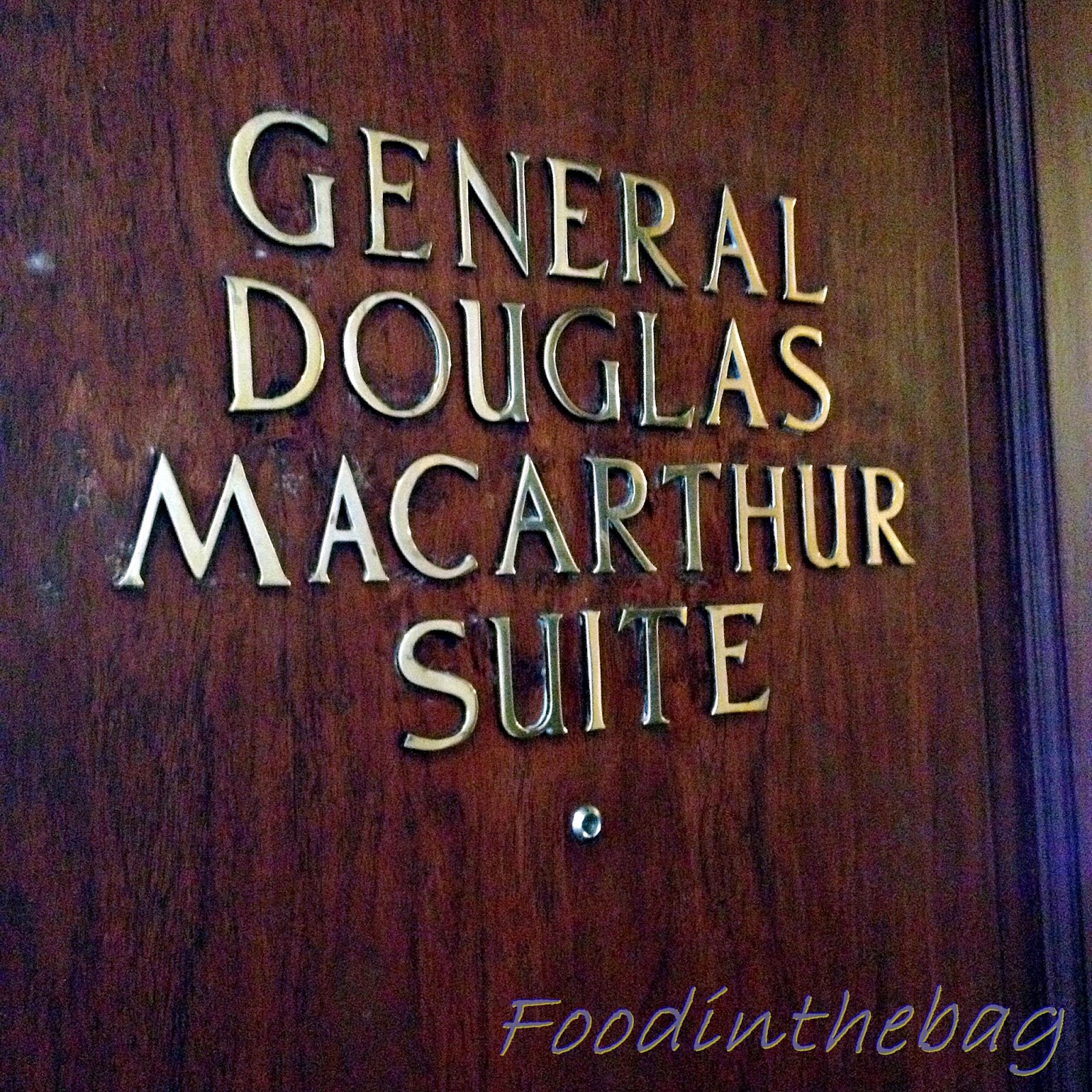 Anyway what made me giddy inside was the MacArthur Suite. When I learned that we will be visiting this 3,300 USD a night suite (aray!), I was totally jumping inside with joy. It was definitely the most iconic suite along Manila Bay. Located on the 5th floor but only a fraction of what it was, it not only housed the great general's family for a few years but also had a lot more history in it. 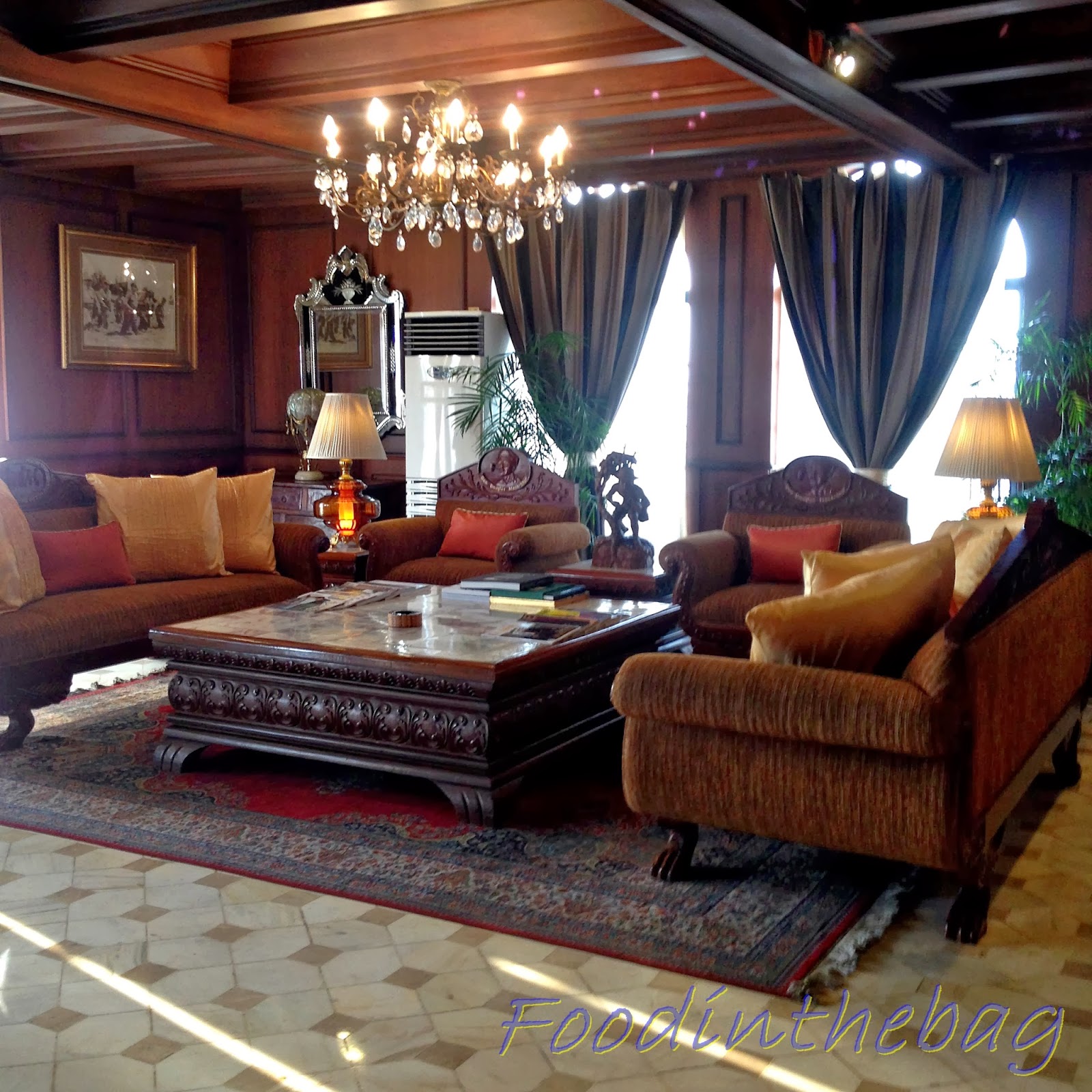 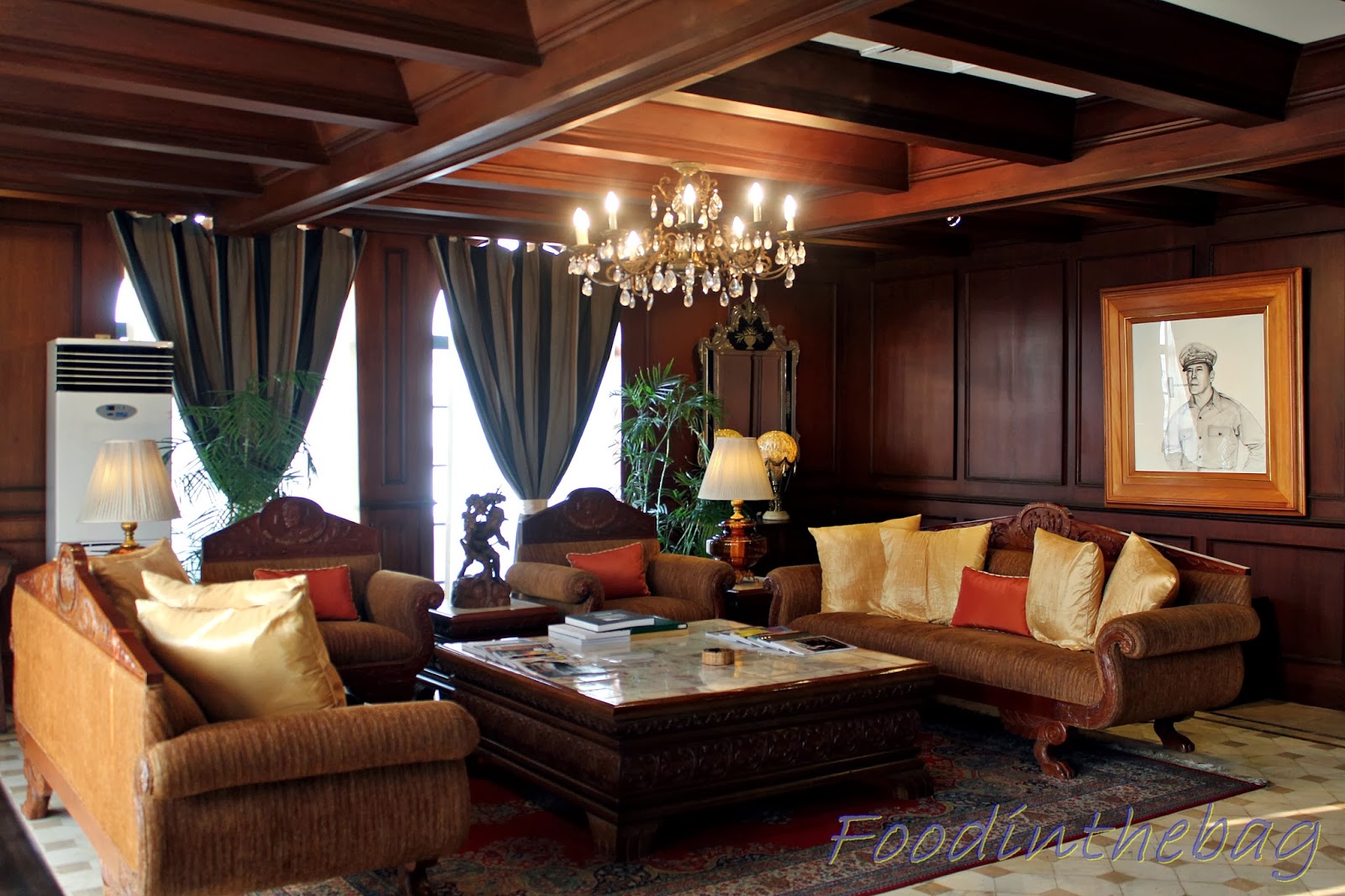 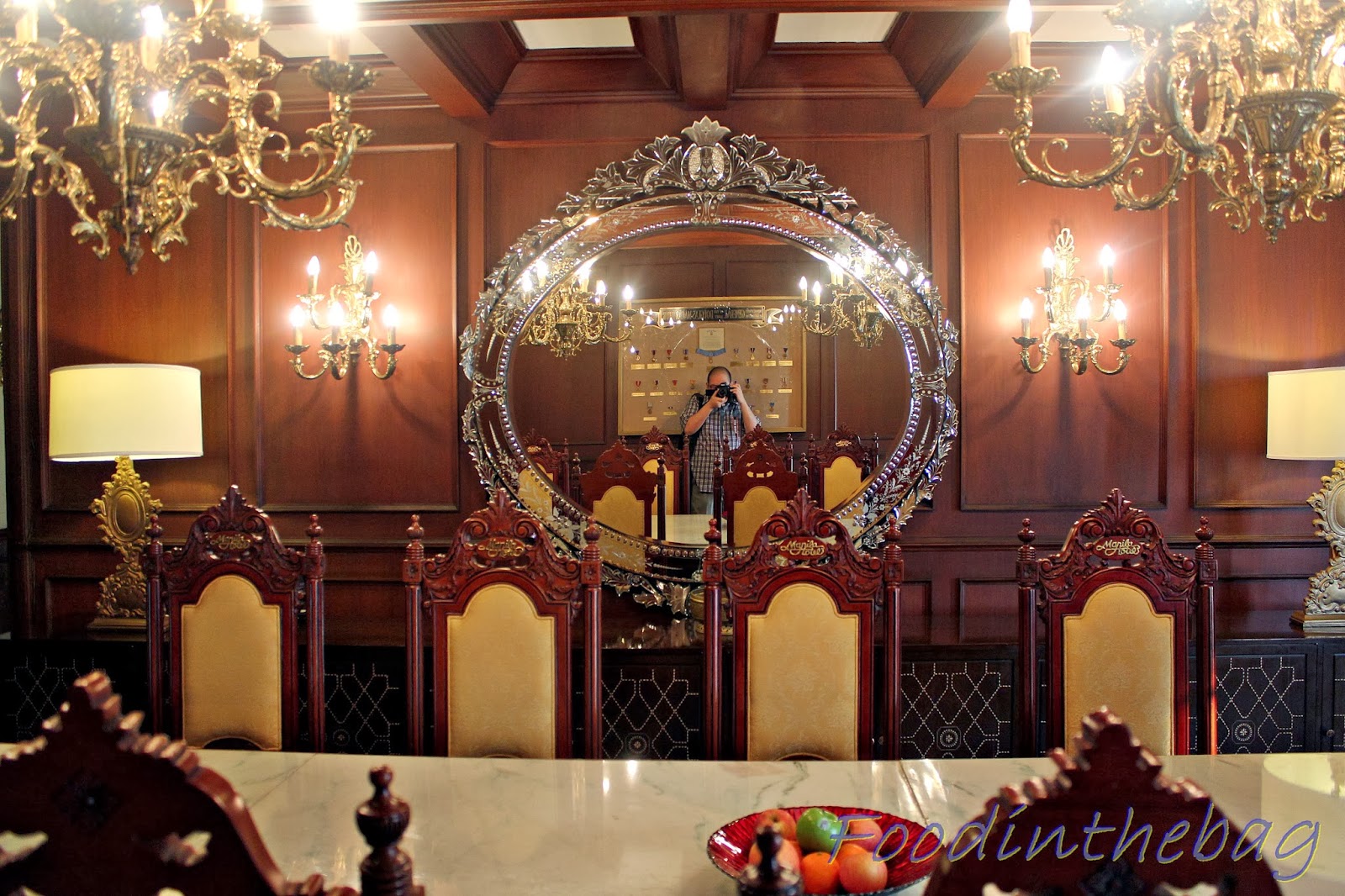 The dinning area with authentic replicas of the general's medals - donated by no less than the Mrs. 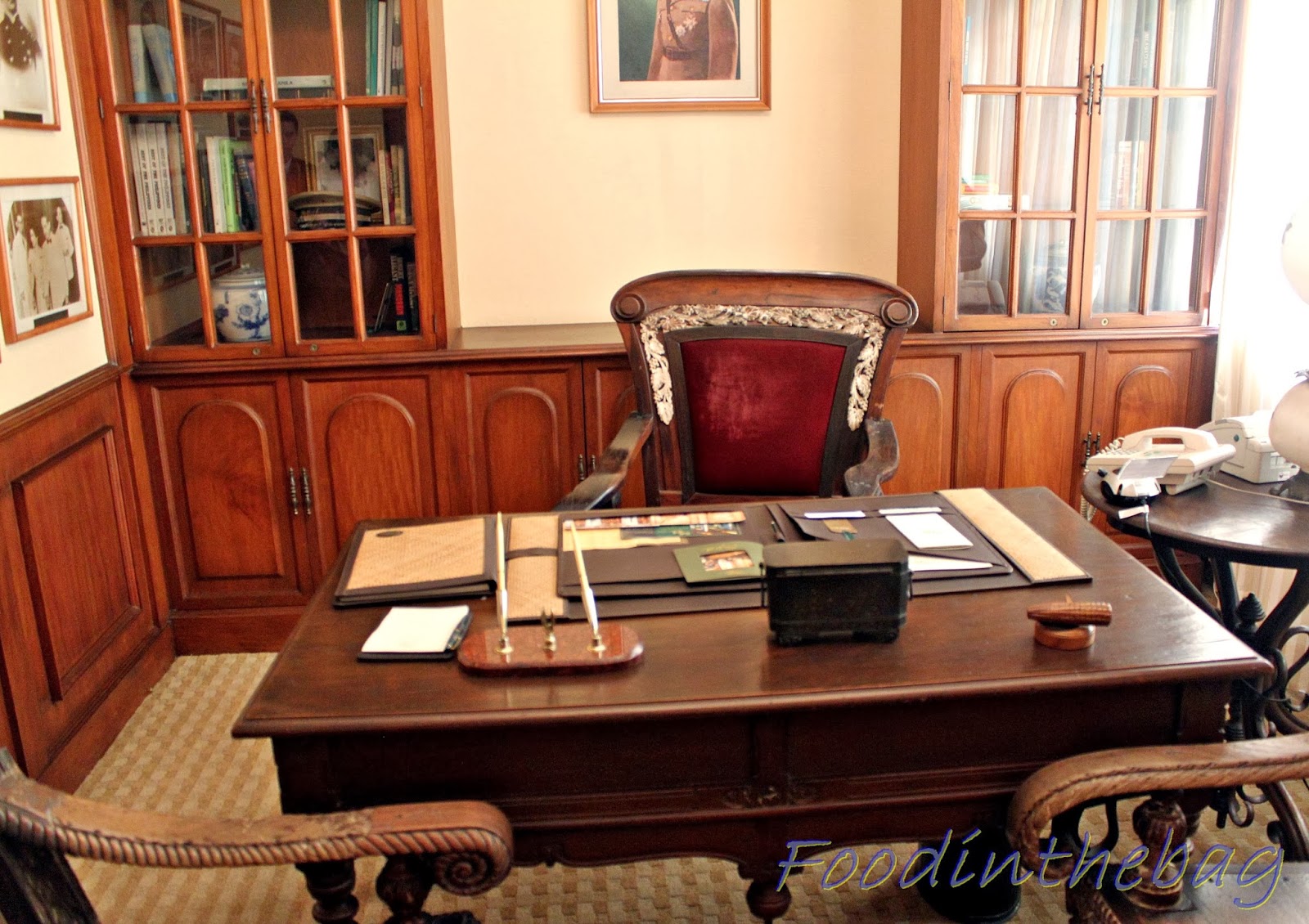 The study... with the only two relics / authentic pieces that came from the period of the general's stay... 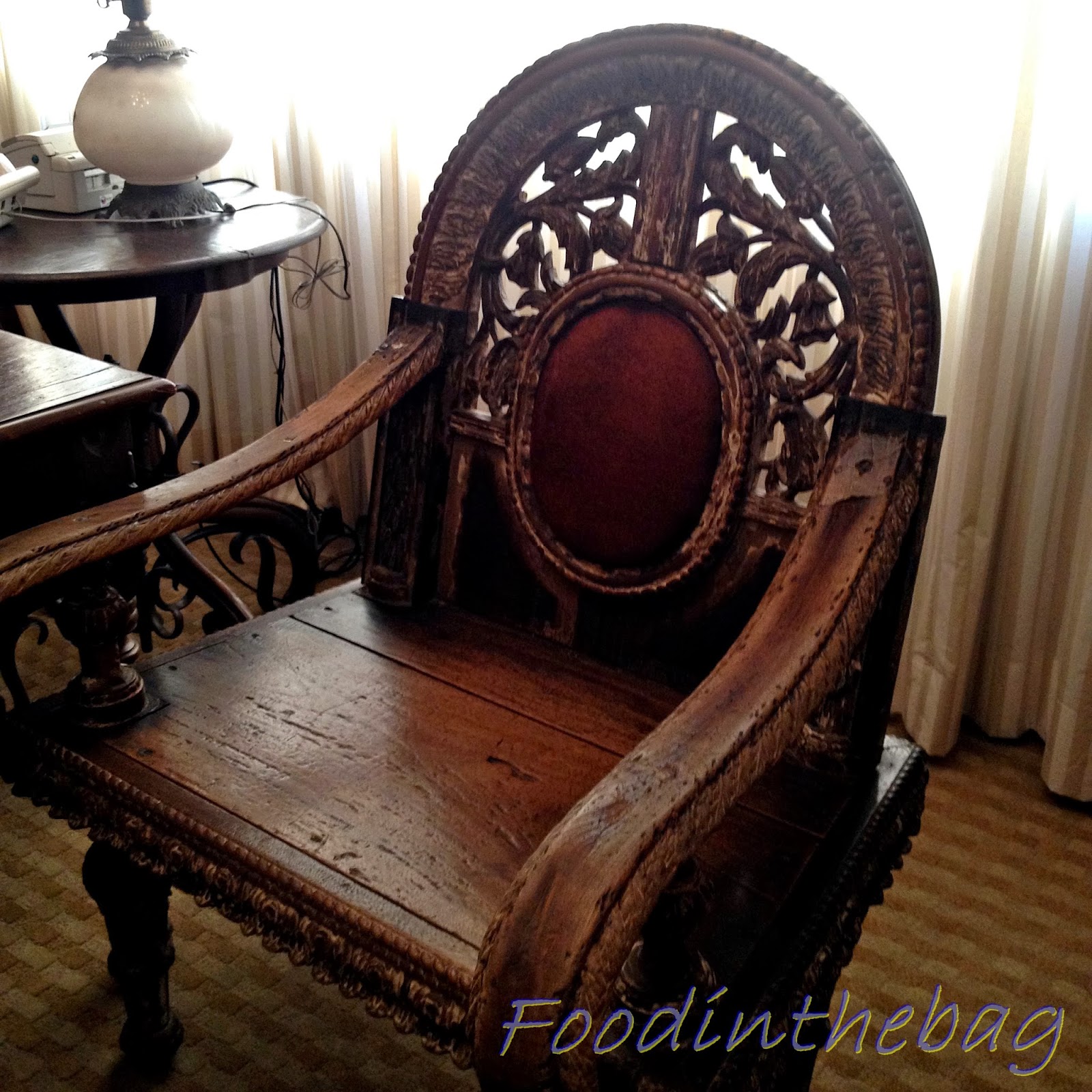 See the shrapnel damage? Its made of narra so it withstood everything. 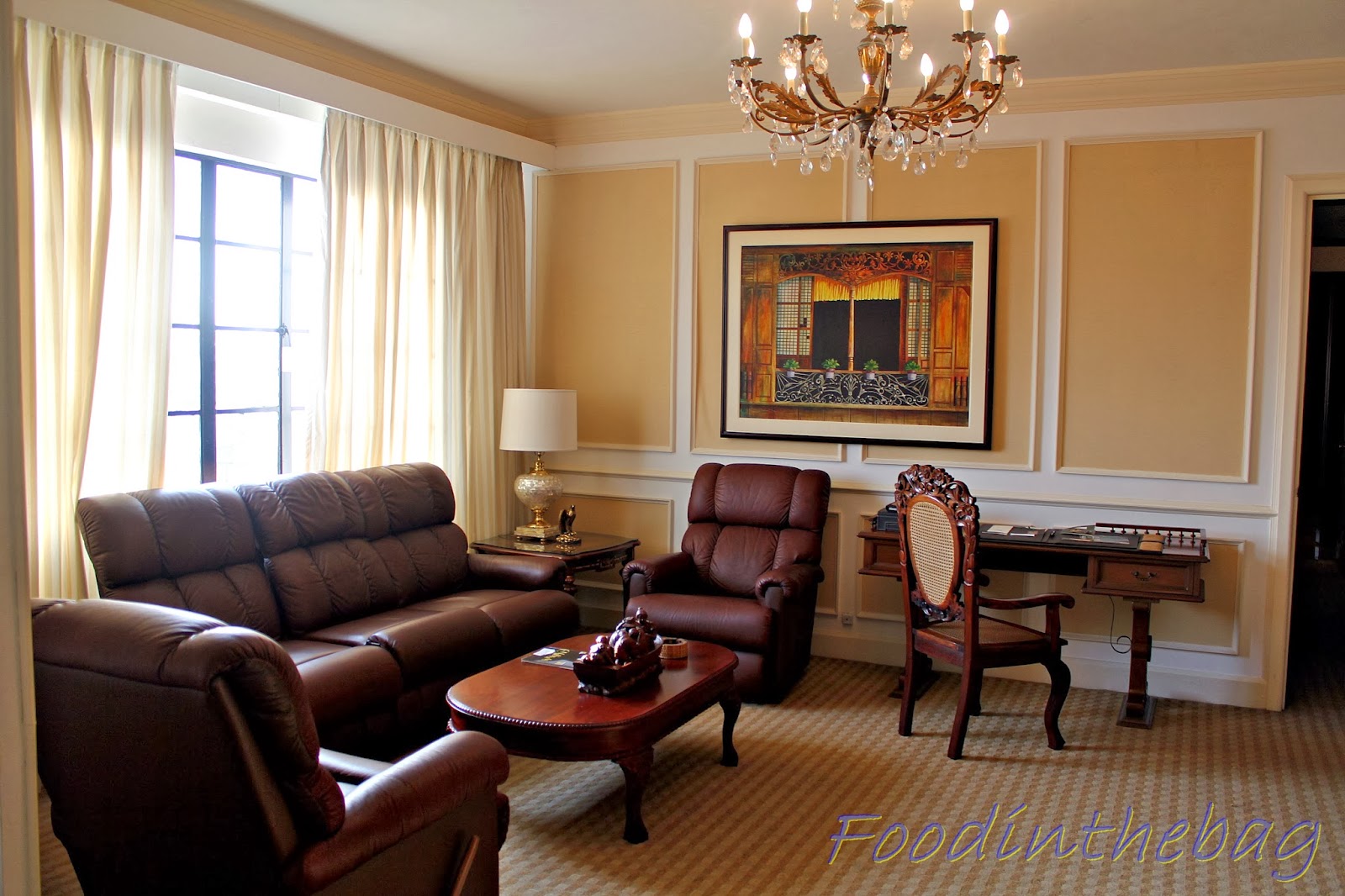 and another receiving area to the bedroom... 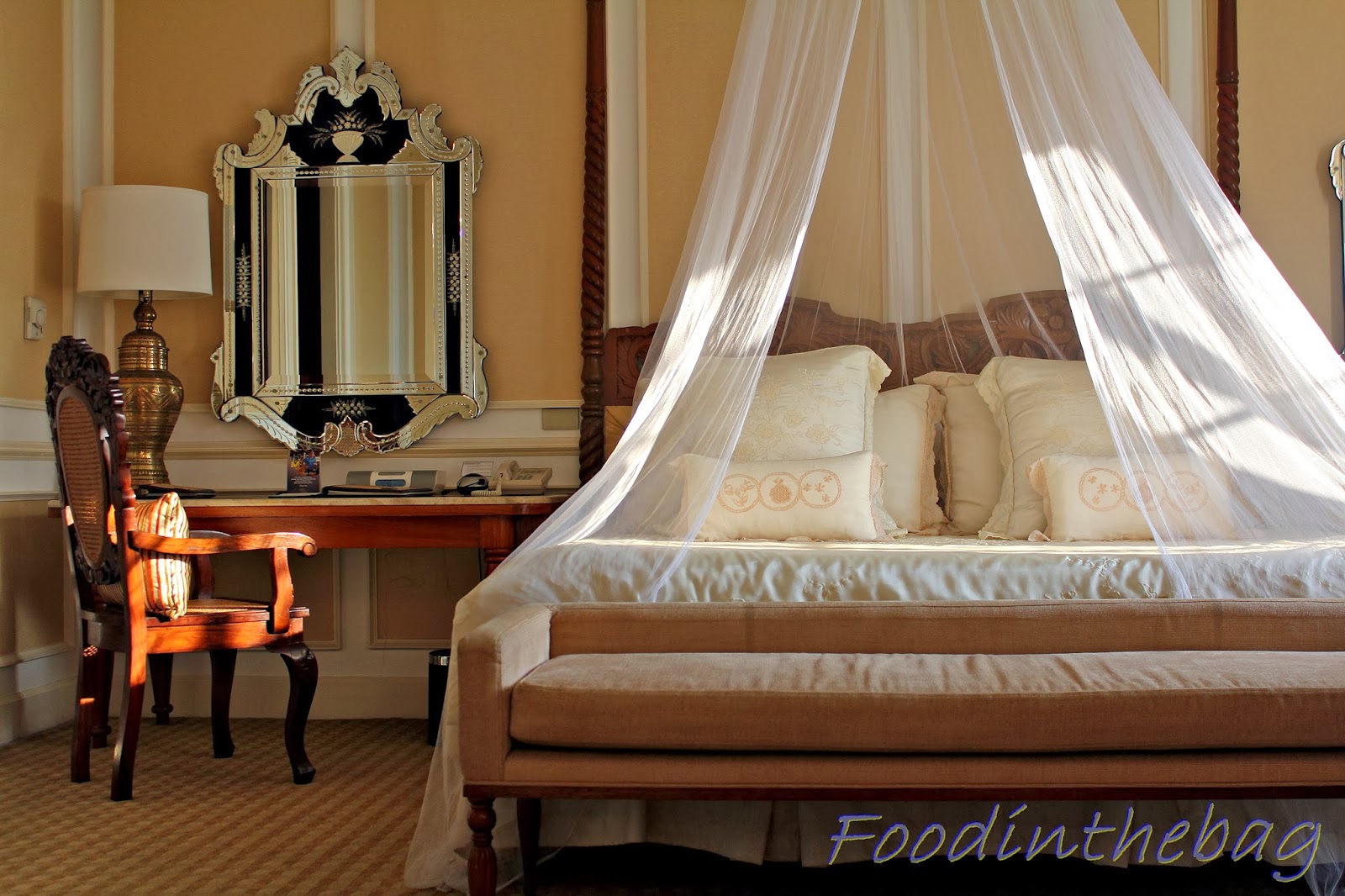 Even if it looks old school, they definitely had present day upgrades... from ipod docks to 3D Flat screens. 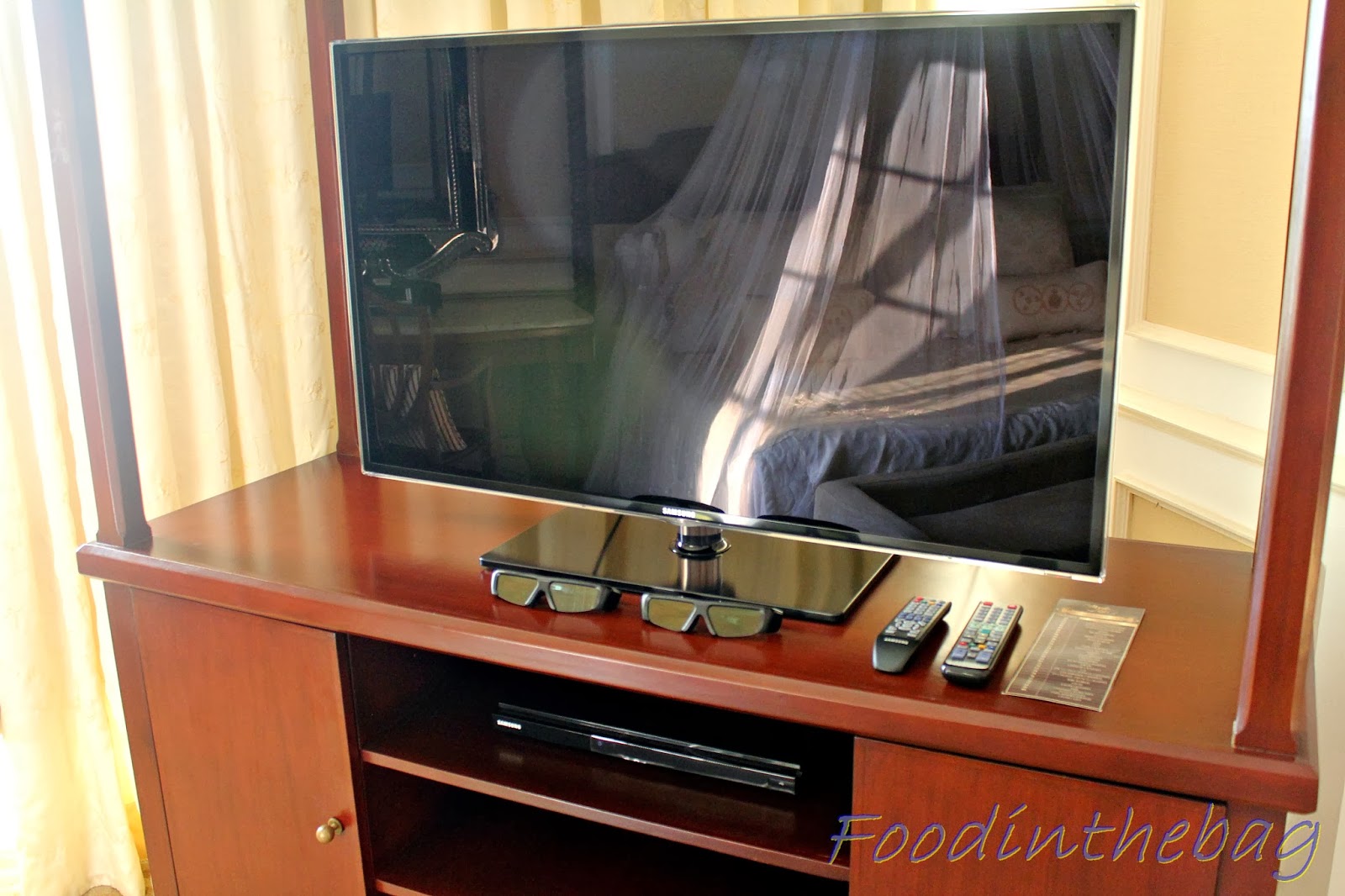 1 TV of 3 found in the suite. But I believe this is the only 3D version.

We were also ushered to their honeymoon suite. A room with another massive floor area second only to the MacArthur Suite, this is great for couples wanting to spend some alone time watching the sunset...

Upon entering, you get to see a living room. 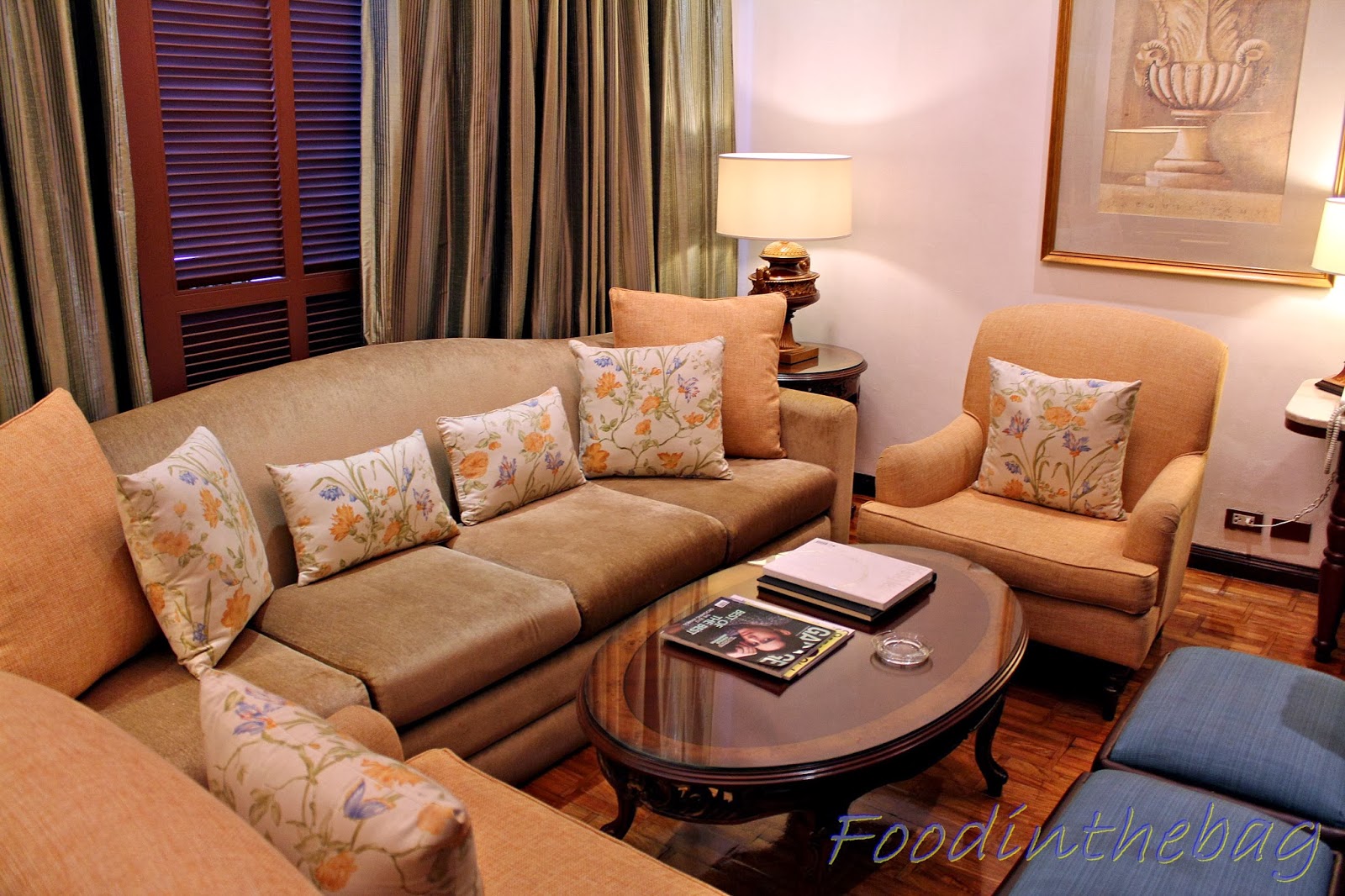 and of course they had a bedroom.. 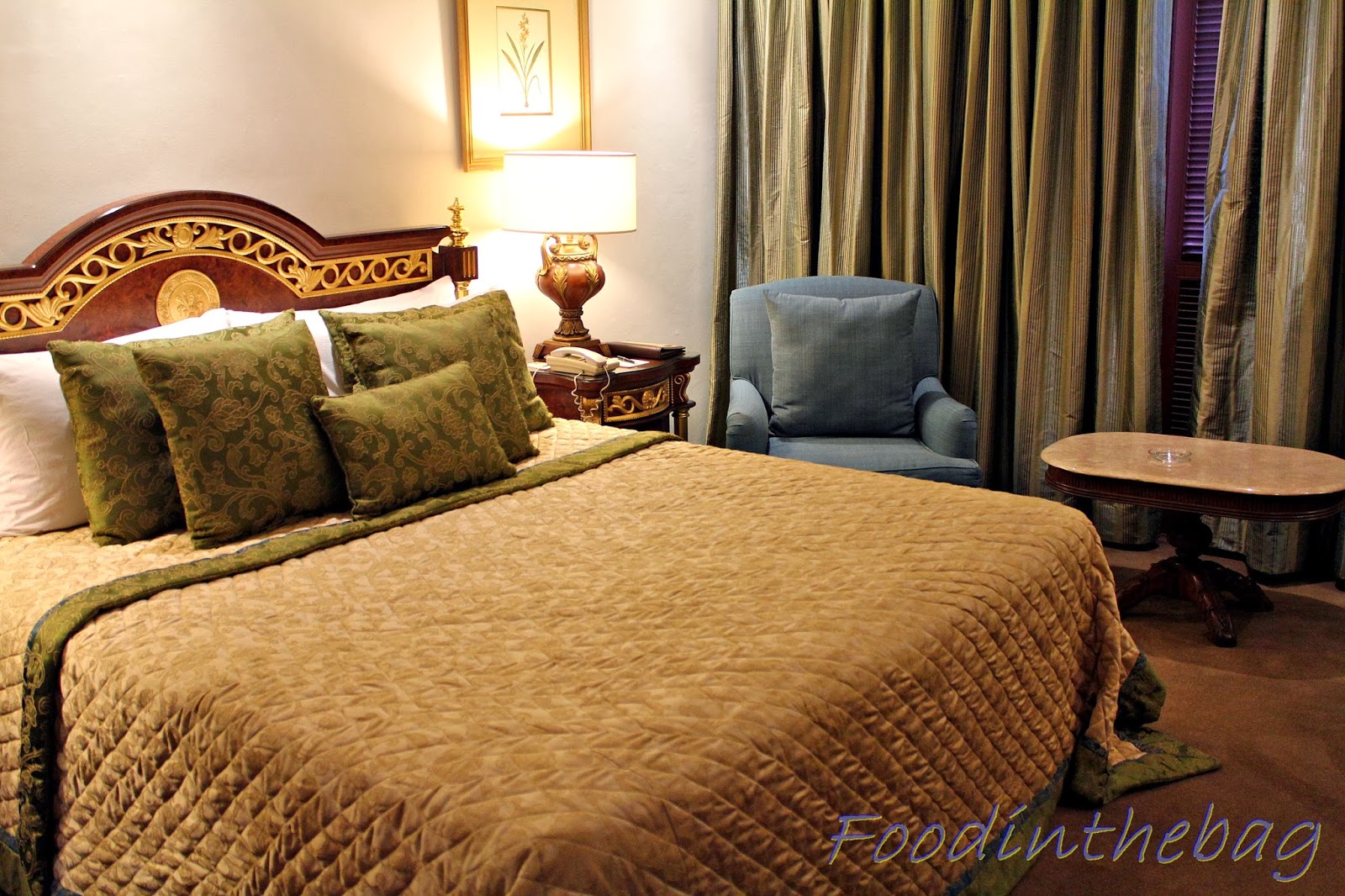 Aside from the rooms here, there is also a spiral staircase that leads to the second floor which houses a dining table and another receiving area.

Enough of the rooms and onto the restaurants!!!

There are actually 3 "real" restos in the hotel. The first one would be the Champagne Room. 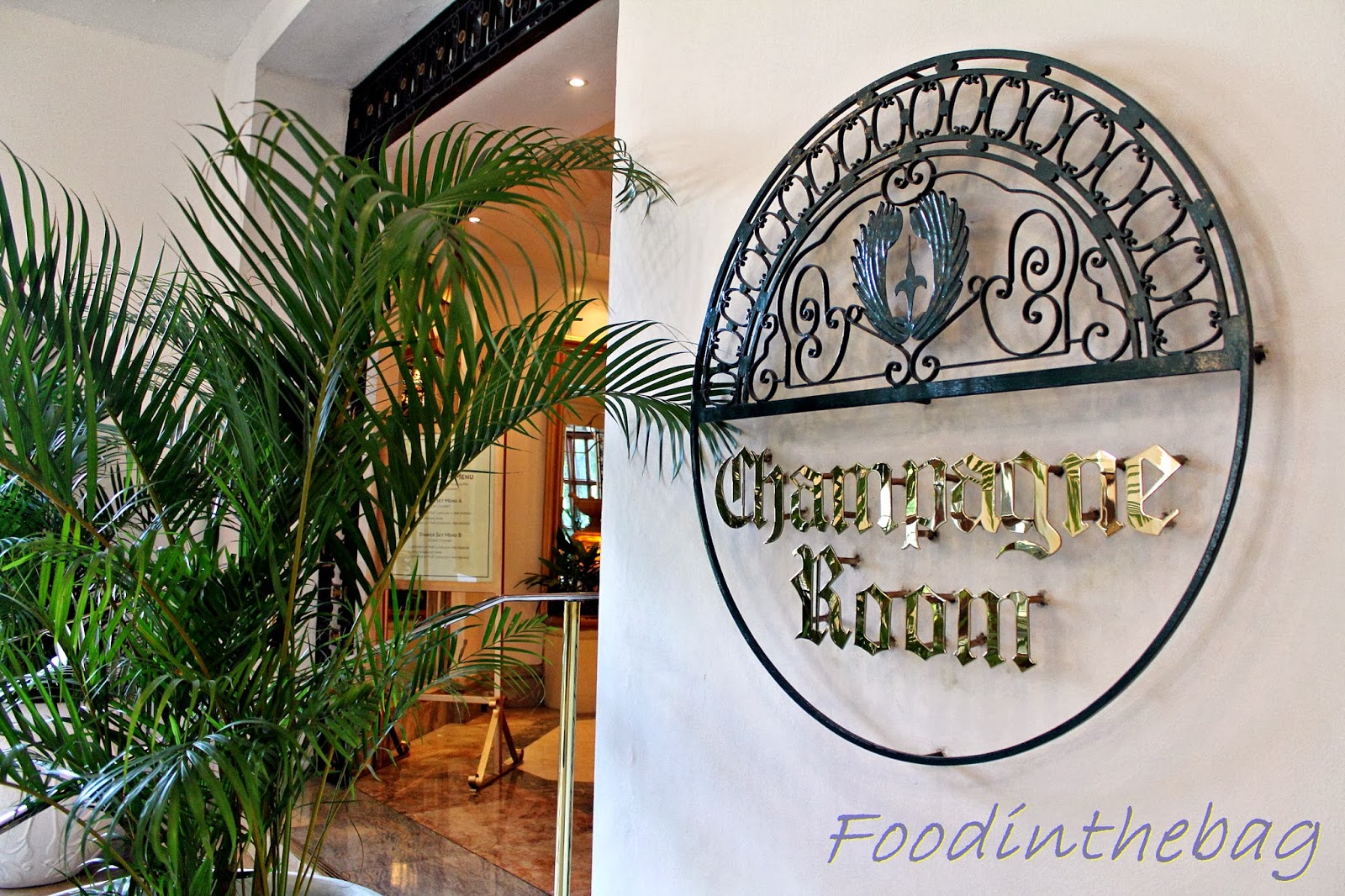 This French themed restaurant has been a host to a lot of dignitaries. From diplomats to heads of states. 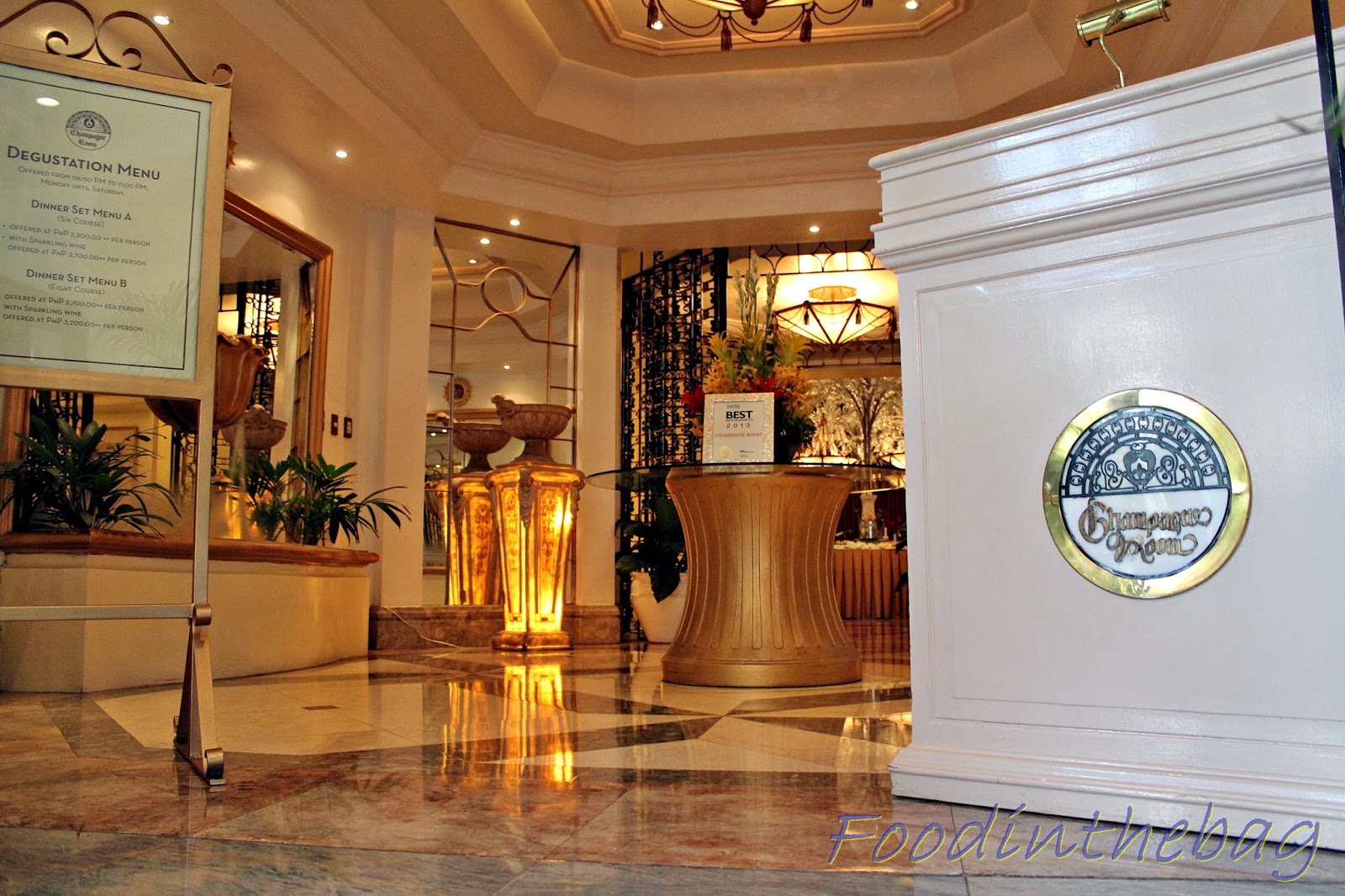 When you enter, you can't help but be transported to those times where everything is so fine and so formal. 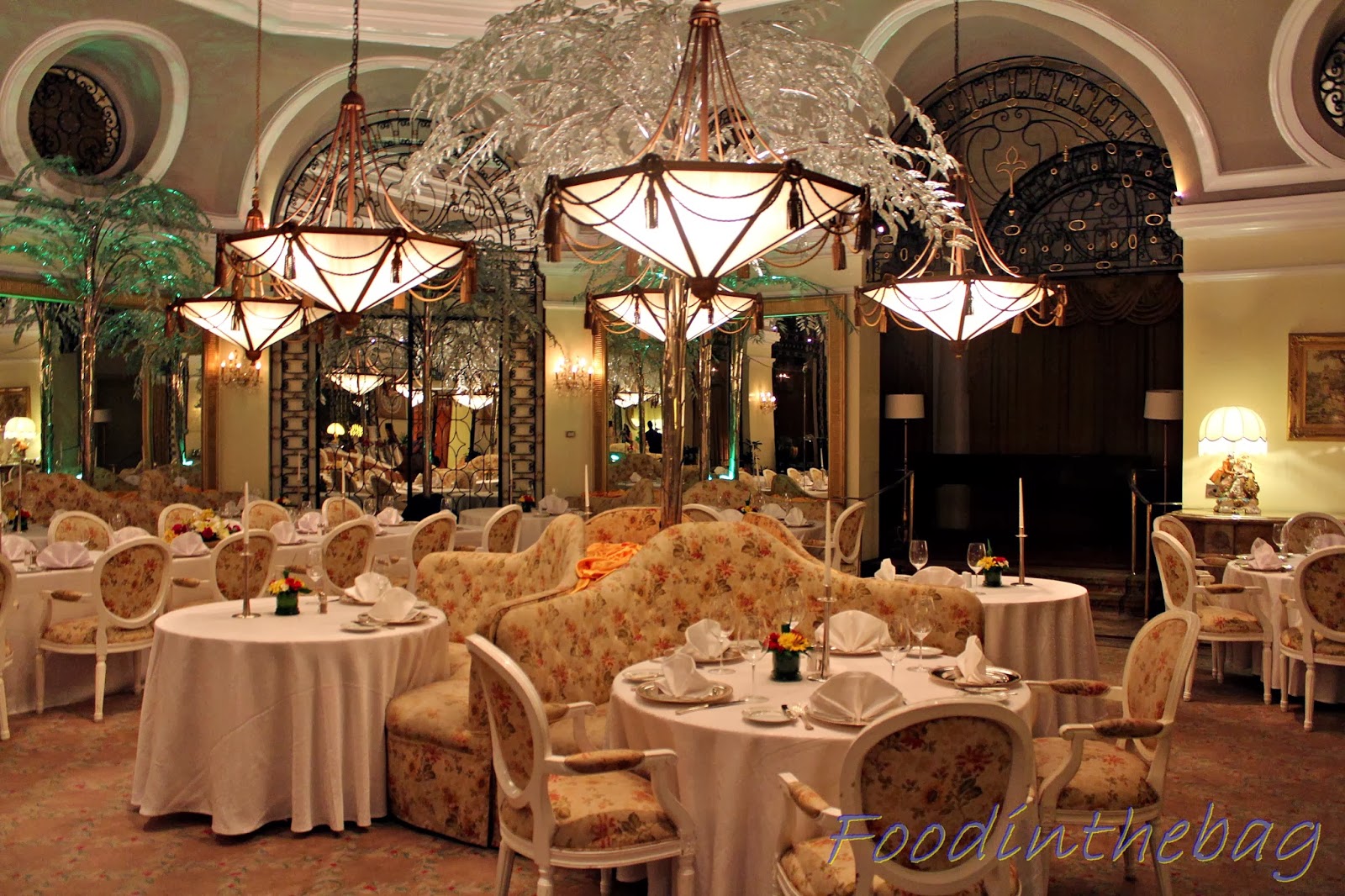 A little trivia: one of the sides of the restaurant is made of bullet proof glass.


For the Chinese Food lovers, one can't help but be drawn to Mabuhay Palace. 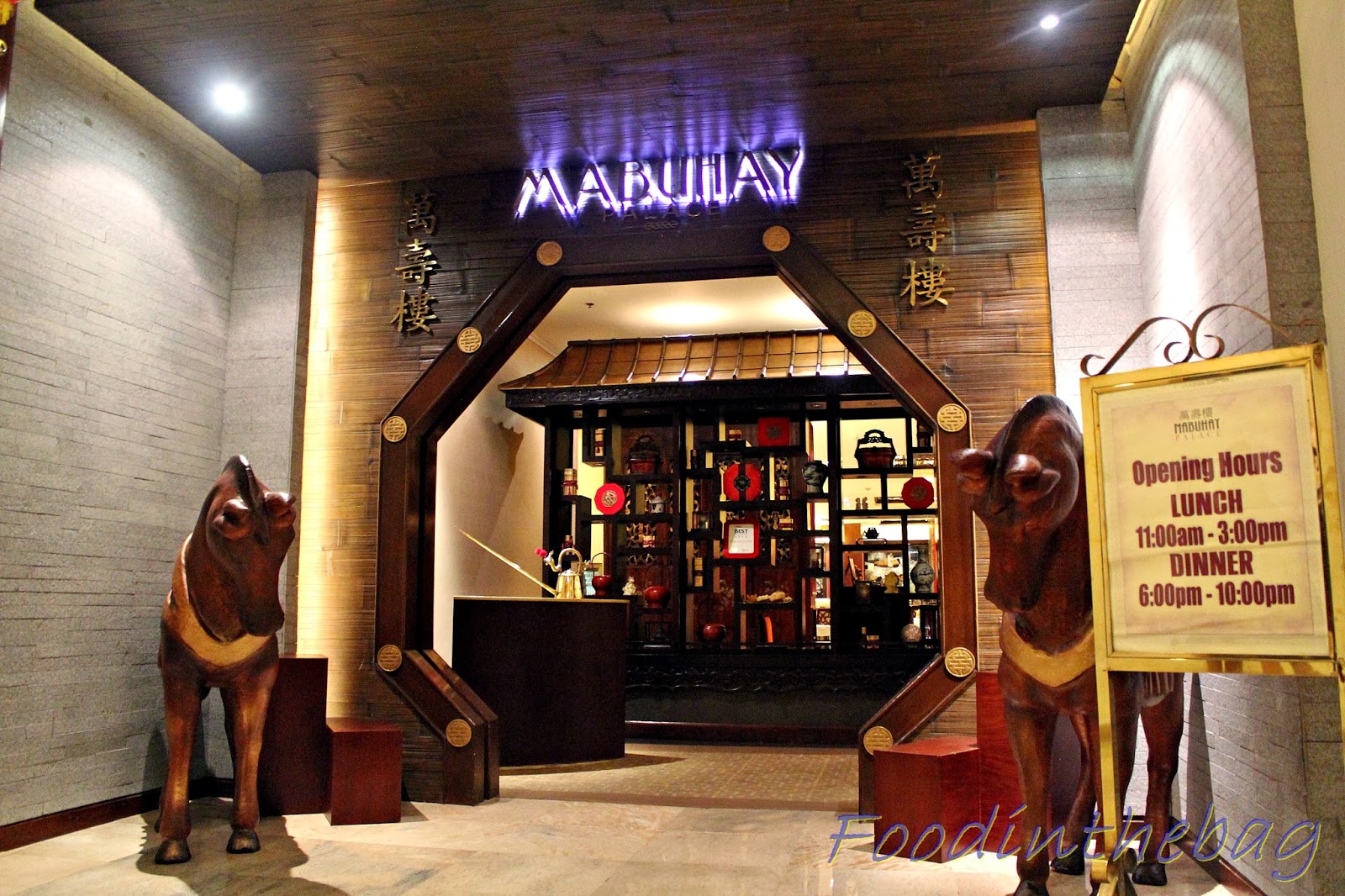 This is not your ordinary Chinese Restaurant as it houses Jade Panels that depict Confucius' story and teachings. (I hope I got it right! LOL!) And yes they have private rooms too! 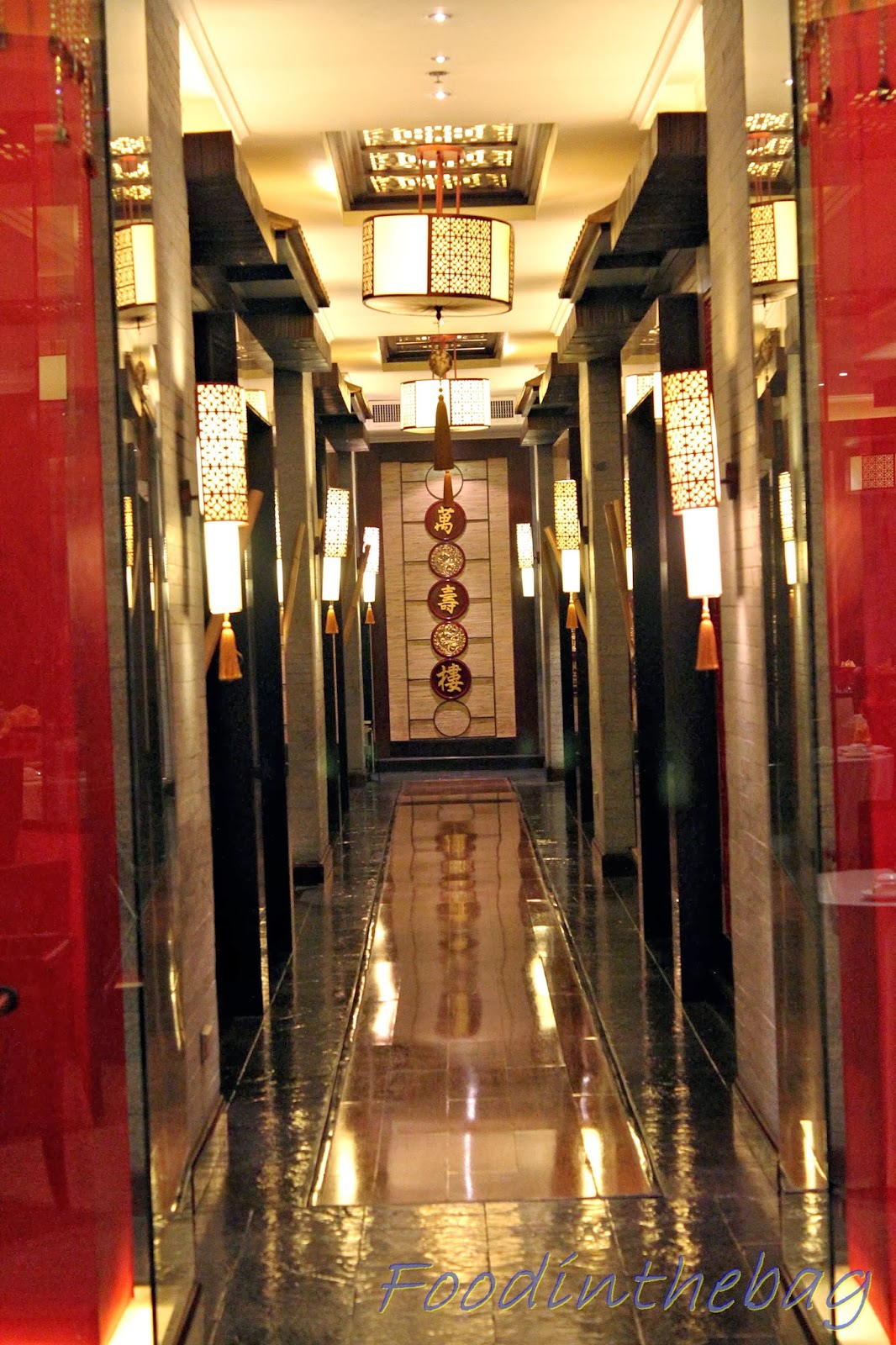 This Matrix like hallway leads to their private rooms.


Last but not the least, we were led to Cafe Ilang-Ilang (click) 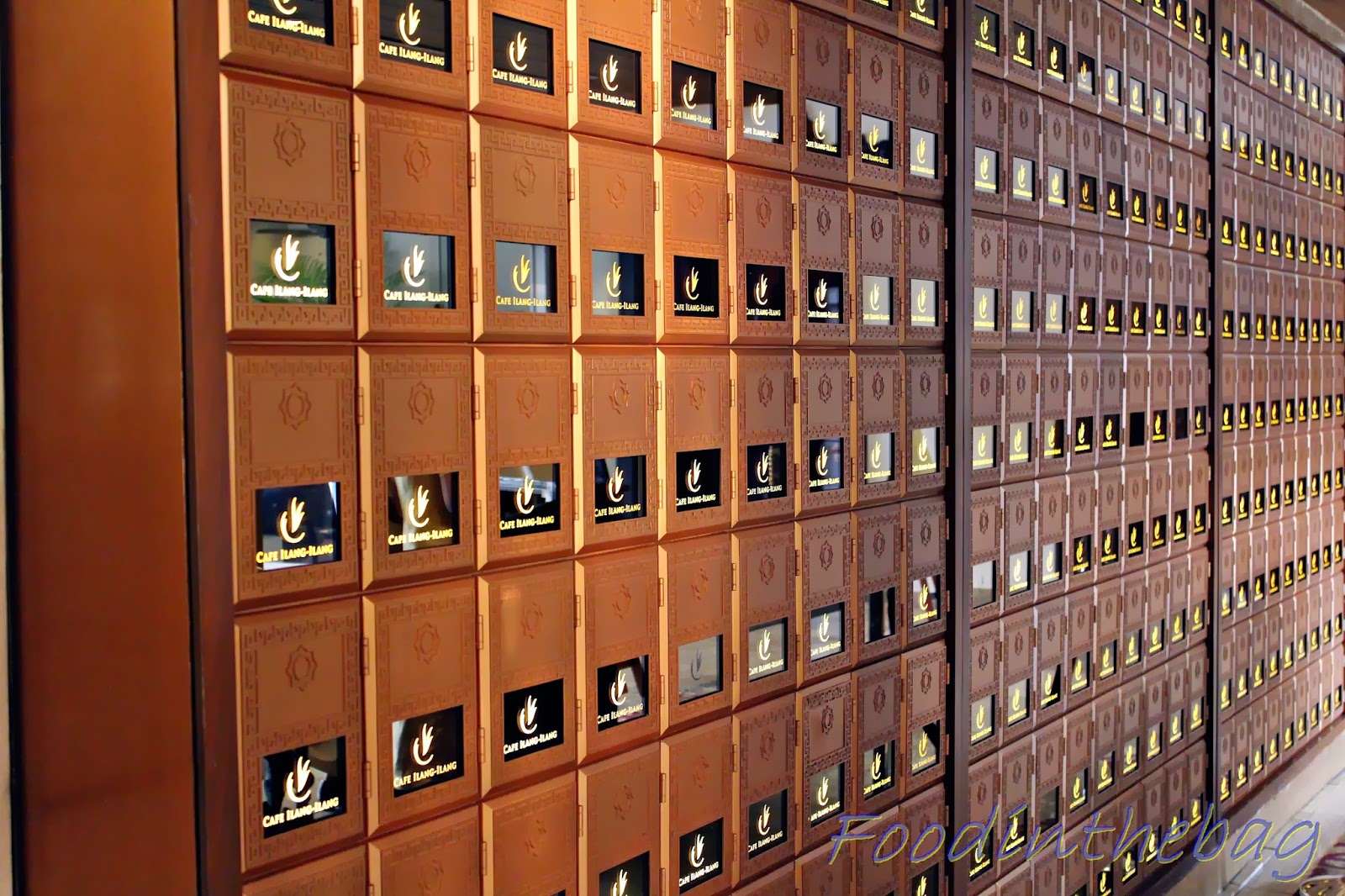 Their go to buffet restaurant, Cafe Ilang-Ilang took over the floor space of Cowrie Grill (now reincarnated in Greenhills but still under the hotel's management - Click ) when it was renovated a few years back...

We toured around it and everything feels so YUMMY! Kahit naba I just ate here a couple of weeks back (click)! Palibhasa gutom na kaming lahat!! LOL! so you know what they did?? They made us wait for the food still by having us make our own pizza!!! Torture!!! 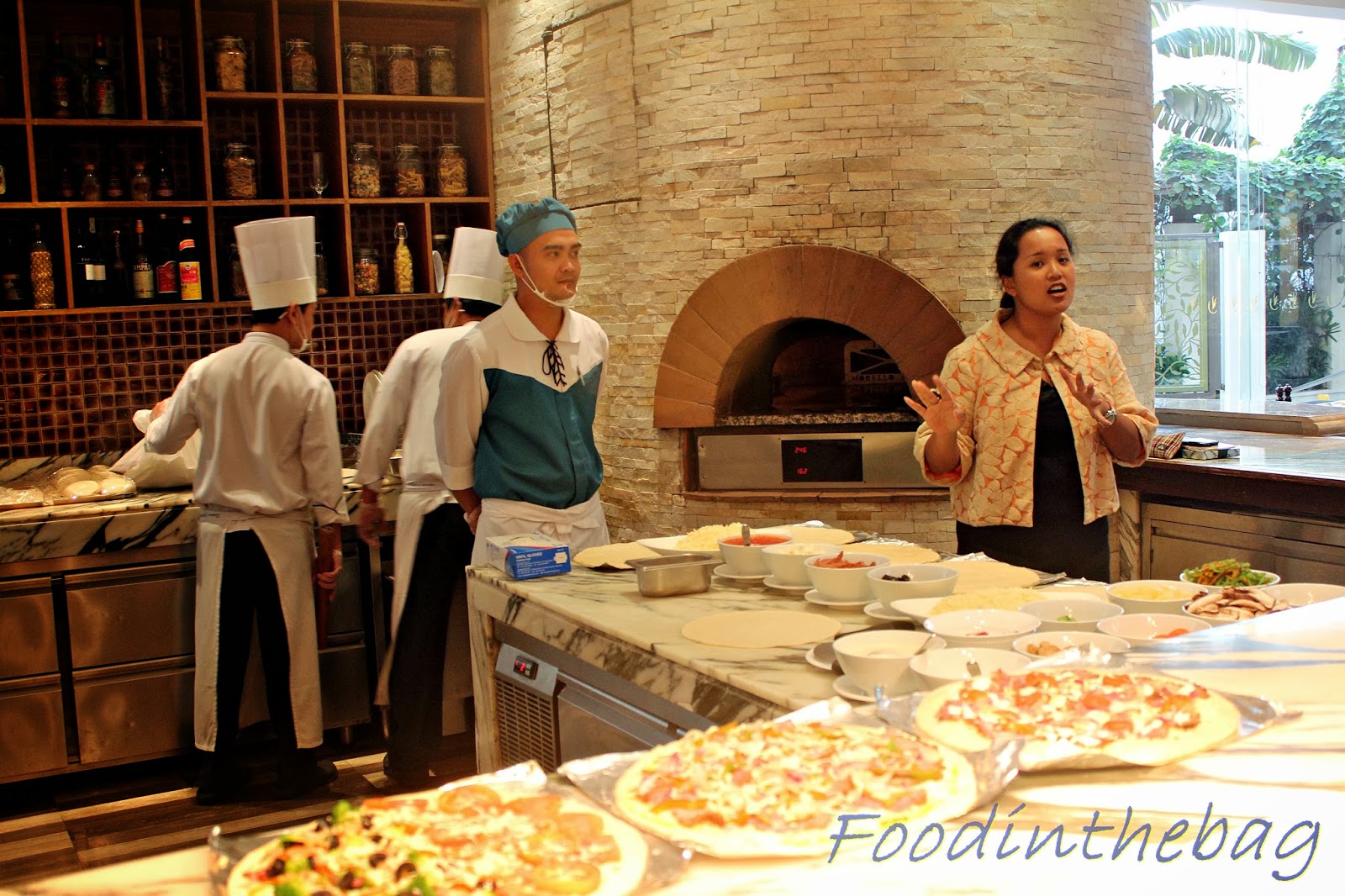 I was one of the lucky few that were chosen to make a Manila Hotel Signature Pizza...!!! Dangnamit!! I wanted to eat pizza not make it! LOL! In any case, I had one hell of a time designing it. I know I know.. I am no chef.. so please forgive my creation but heck.. let me tell you.. it was yummy!! 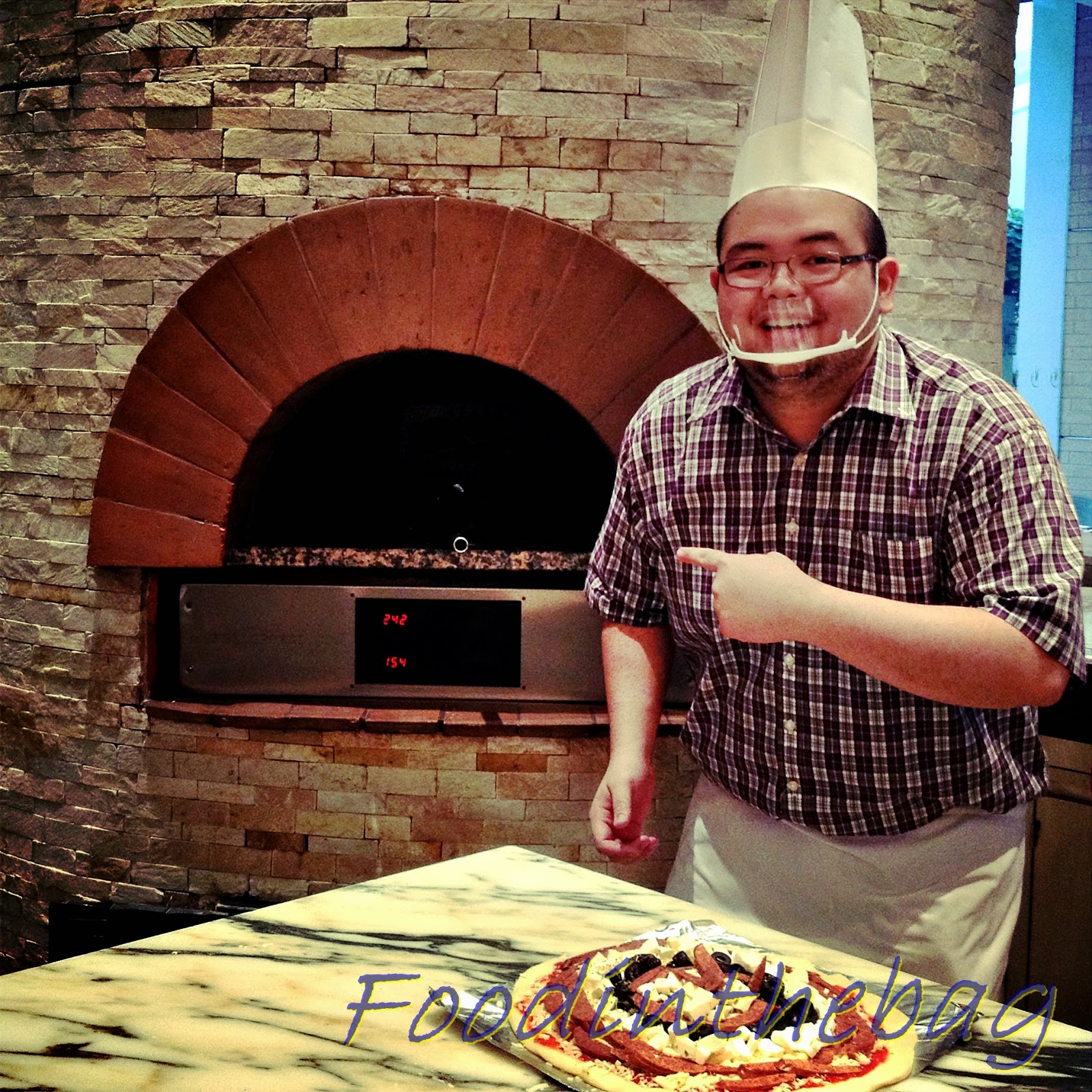 After playing with myself... I mean playing chef (I rather be the pizza eater not the maker!!!) , we were led to the bay and watched the sunset to chit chat and enjoy everyone's company.... Some hors d'oeuvres were served.. and of course the pizza we made were also devoured... Needless to say, it was Gerry's of dudeforfood (click) that was attacked and gone in 60 seconds! AWESOME!

What a way to end the tour. 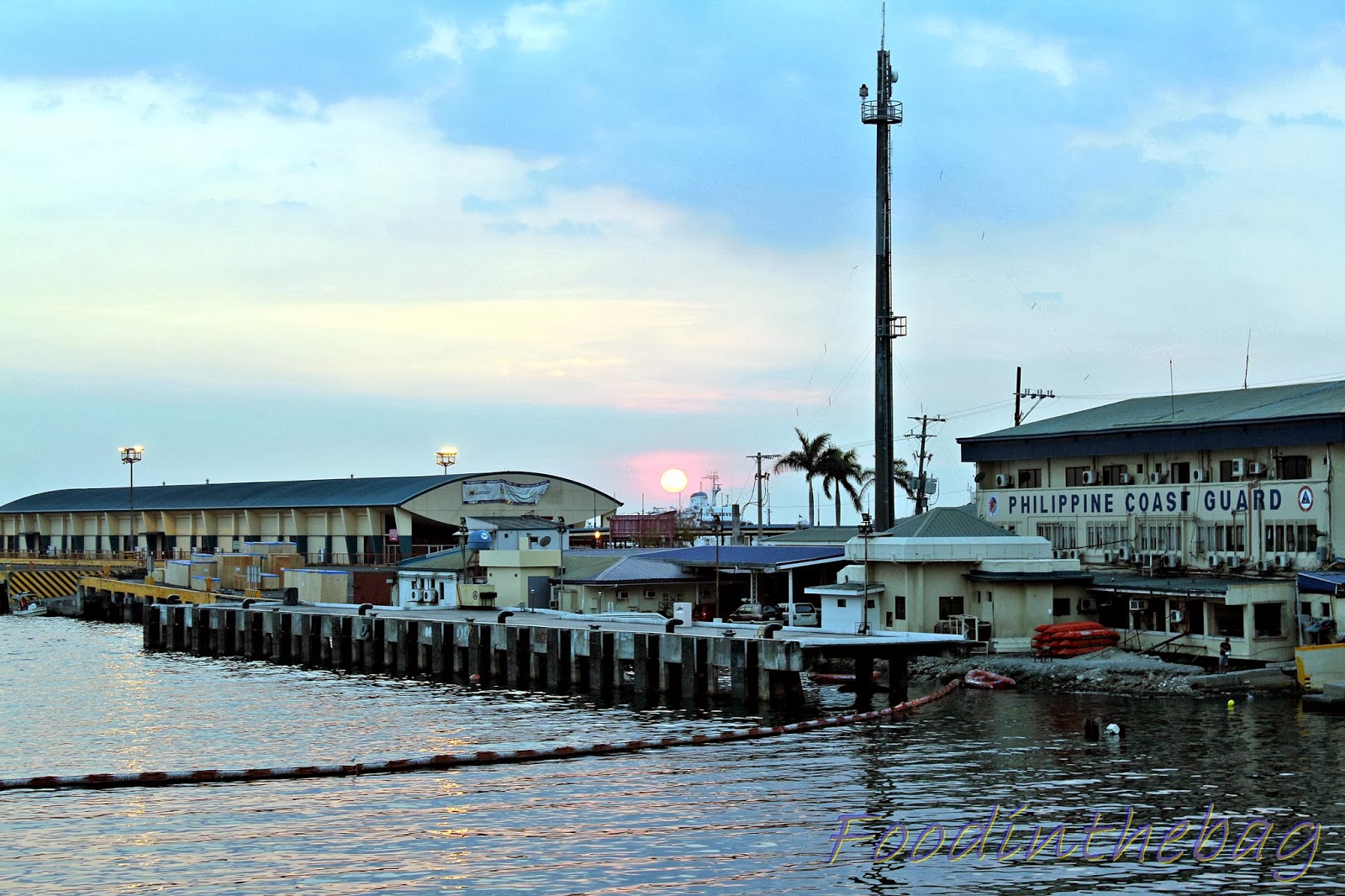 And with everything that has happened.. I can't help but quote this: Thank you very much to Manila Hotel for having us and for allowing us to roam your halls...
Head on over the the facebook page of Manila Hotel (Facebook), they are opening up the tour for everyone.. well as long as they could accommodate you so don't miss this chance!! 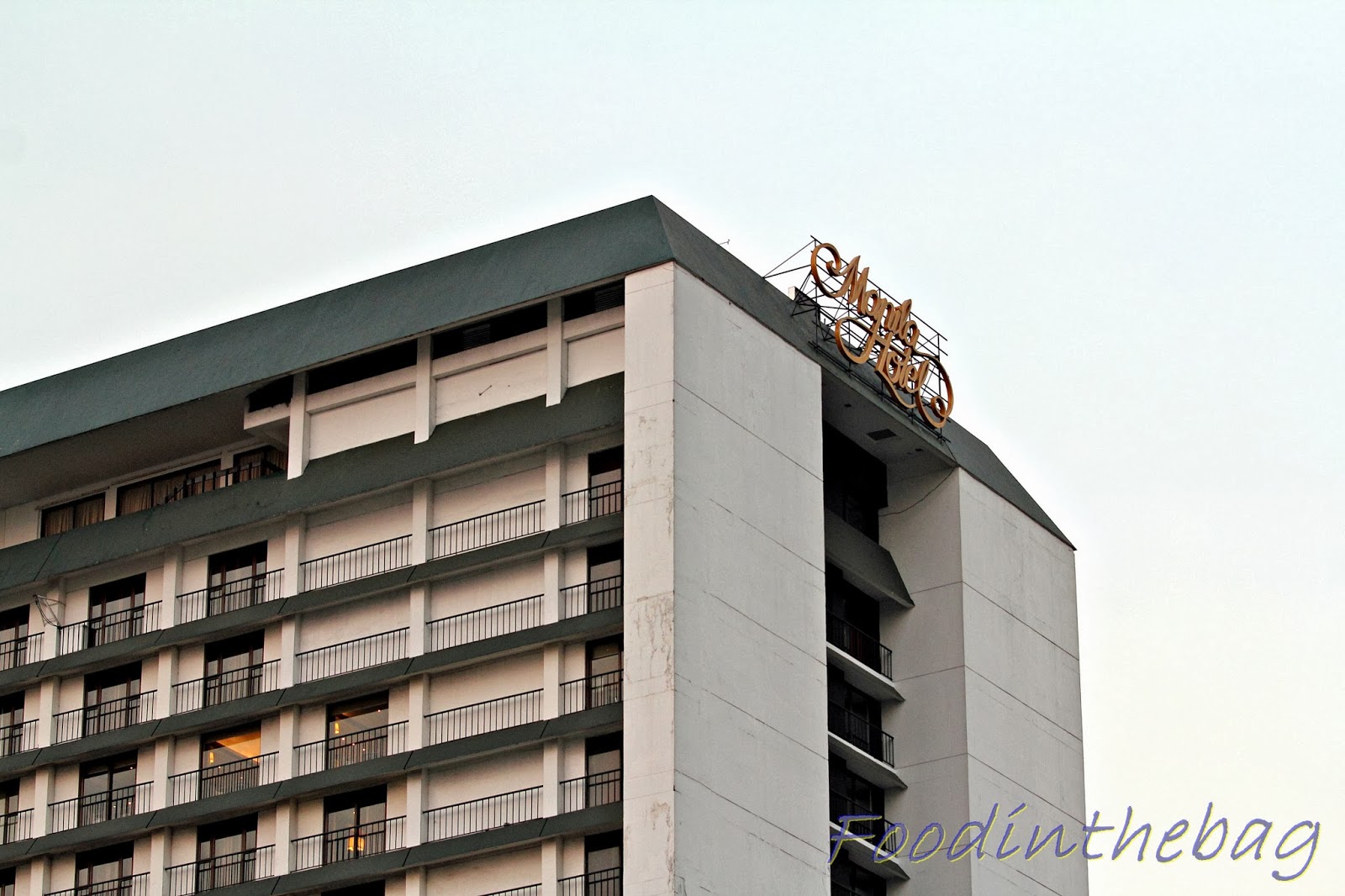 The Manila Hotel
Manila City
Facebook
http://www.manila-hotel.com.ph/
Disclaimer: I was invited to this Tour by Manila Hotel.
This post is based on my own opinion.
Tagged