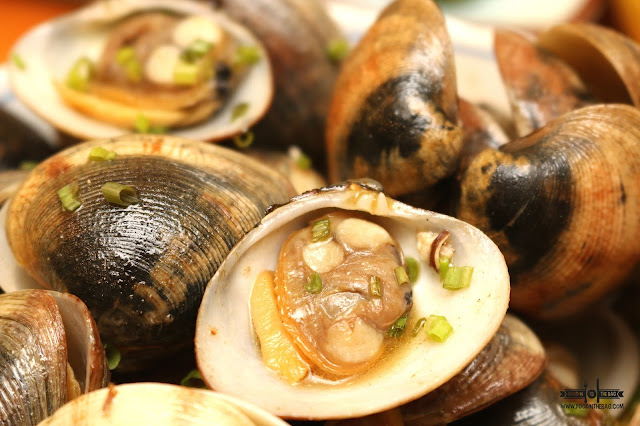 IT was set. I have been drooling at photos of Japanese food from people in the Tomas Morato Area. Apparently, a new Japanese Restaurant opened up. TOMAS MORATO welcomes NIHONBASHITEI. This Japanese foodie place is part of a chain of restaurants. Originally, they started in Makati and had finally branched out here in the north.

I have been talking to Chef ERICA of 49B Heirloom fame and my poptalk partner for quite sometime and she mentioned that NIHONBASHITEI has been a go to place for late night Japanese treat. The only problem she mentioned was that of parking. Boy, sure it was a huge problem. When I went there around 9pm on a Thursday night, I had to circle the block a couple of times just to park on the street.

In any case, I met up with her and I was quite pleased with what I saw. 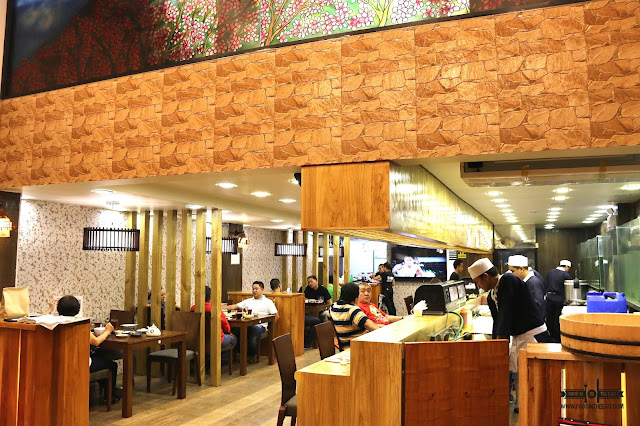 A huge open space greeted me as I entered. They had the Japanese bar on the first floor and around 4-5 tables to accompany it. A few Japanese Chefs were there so I was pleased with the way they handled the food.

We chose to eat in the second floor where the bbq happens. Here, the tables are equipped with grillers to cook meat. One thing to note though, the exhaust is not that good so bring an extra shirt to change into after eating. 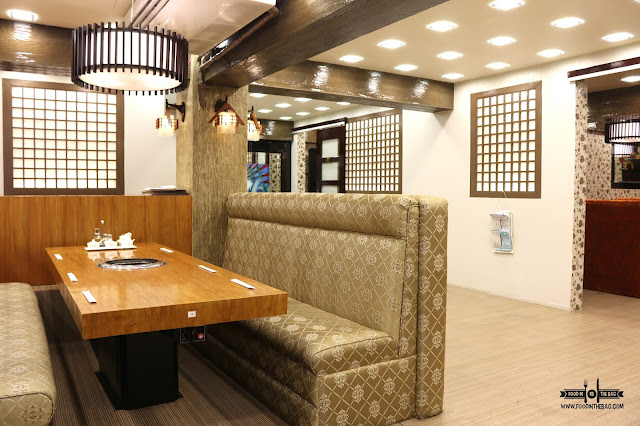 They also had VIP rooms for the added privacy. The big rooms could be turned into a function rooms with karaokes. Although they would require a consumable amount, I guess it's worth the price. 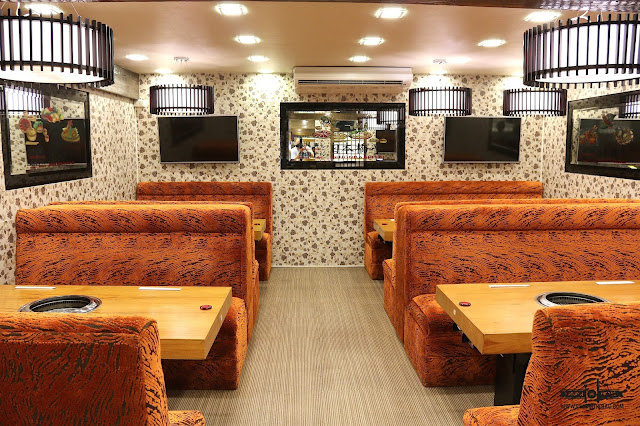 Now on to the meal.
We started the night with some SPICY SALMON SASHIMI (280PHP). 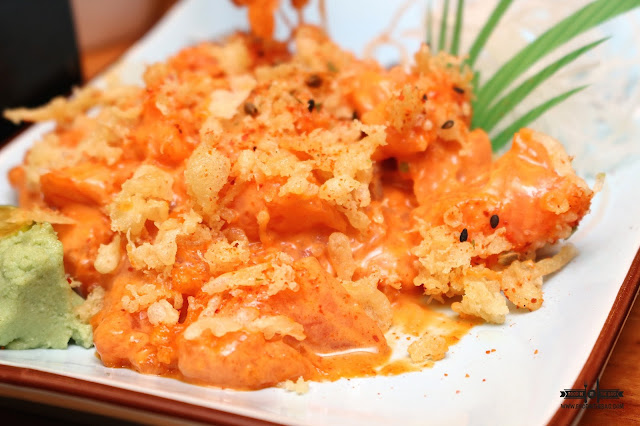 IT wasn't as spicy as what we would love to so we added some hot chili spice. I did enjoy the flavor of the salmon. 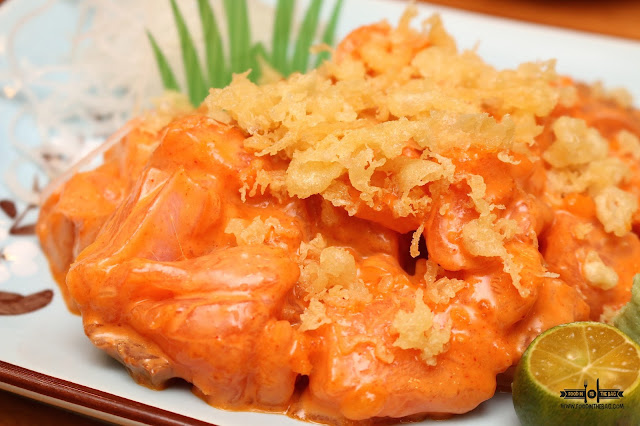 Another seafood dish that we went for was the SABA SHIOYAKI (230Php) or Grilled Mackerel. 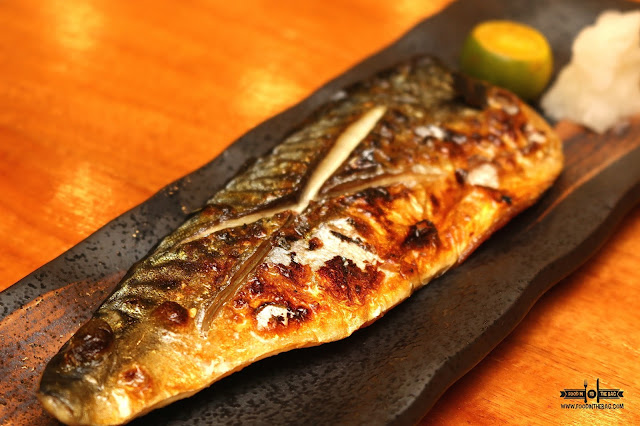 One side of the fish was served perfectly grilled. The meat was flavorful and was salty as the sea. Just give me rice and I am good to go.

Another great find is the ASARI BUTTER (180Php) Steamed clams in Sake and Butter. Thank you Chef Erica!!!! This was a revelation. IT was definitely the best dish of the night. 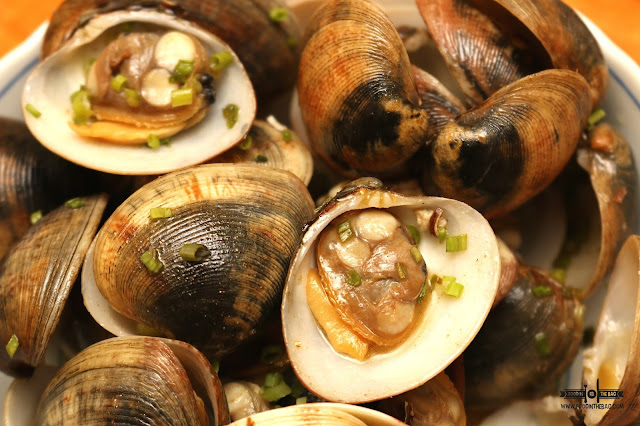 This right here is the bomb! The clams were perfectly cooked in butter and sake. The mix works. I mean the sauce in itself is perfect with rice even without the clams. Do what she did. Separate the clams from the shell and enjoy it. Each spoon full and you would definitely savor the flavor. Amazing. 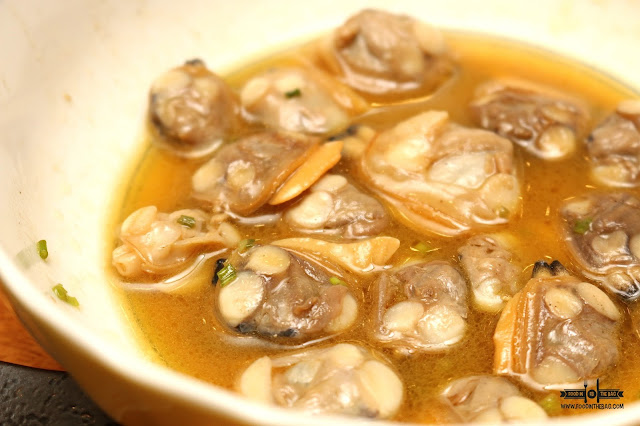 If you can't decide on what to get, you could go for the BENTO. This one is the UME BENTO (350Php). It came with appetizer, tuna sashimi, egg omelette or Tamago, tonkatsu, grilled salmon, sauteed beef and some simmered veggies. It also came with miso soup and a cup of rice. 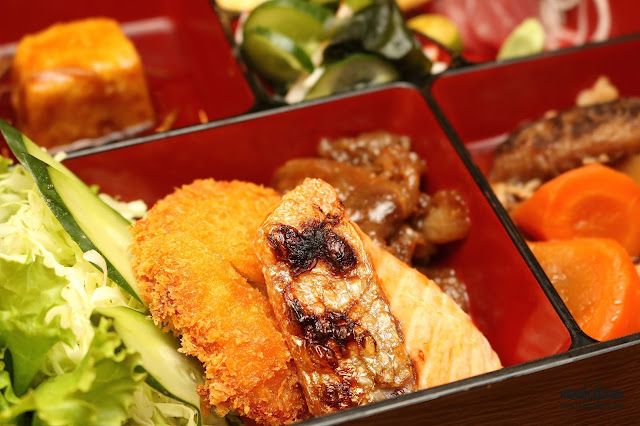 Being able to try a lot of dishes in one go is definitely a must. So order a bento that tickle your fancy. The fact that this one has katsu, salmon and beef, already makes it a winner. 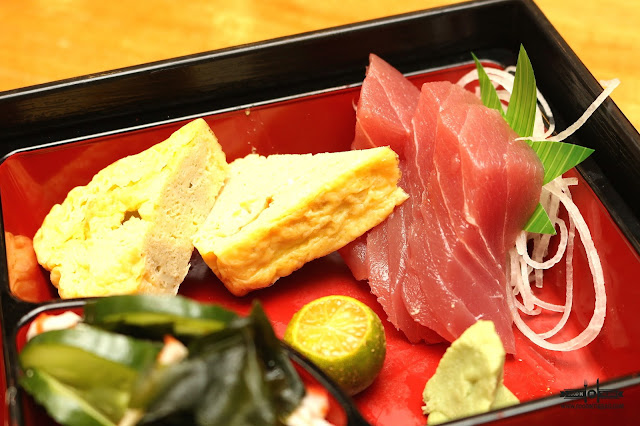 One thing that I would have to say though is that their tuna sashimi wasn't as fresh as what I would have wanted it to be. So, we left it untouched.
Food In The Bag is now in Facebook. Click Here to follow and like.
If you are into INSTAGRAM Follow me @mr_jeng.


Aside from the parking problem, NIHONBASHITEI in TOMAS MORATO is the perfect late night place for a Japanese food run. Since it is open until the wee hours of the night, you could definitely have a fill of your Japanese food cravings here. Service can be erratic at times and it took forever for them to get our bill even if there were only a few tables left. I believe it is because they are still on soft opening status. They still don't have a computerized system for it. The staff are attentive although some foodies might say that during peek hours, the service suffers. I will definitely go back for my late night japanese food cravings though. Specially when there are less people eating and more space to park my car. 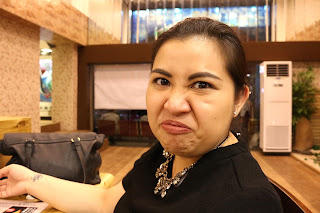 Disclaimer: Wrote this based on my experience.
Paid for our meals.

Thanks Chef Erica for the awesome Food tripping! See you soon dear!
Tagged