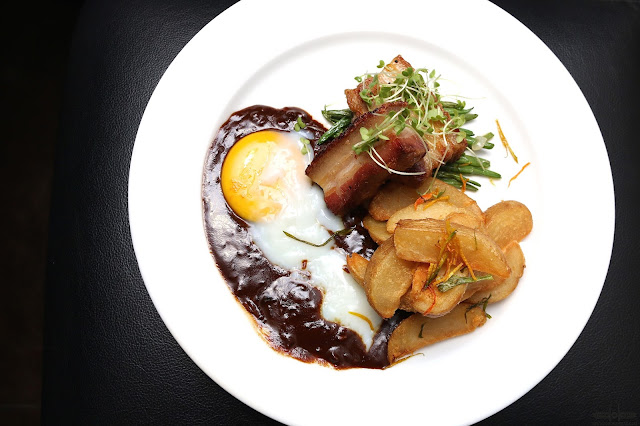 Sometimes everything is visually appealing yet one bite in and it falls short. Such was my experience of BUENISIMO. Granted that it may be an off day or I had high expectations still it left me wanting. BUENISIMO which translates to exceedingly good missed on some key flavors I was looking for.
Located in a quiet street near the Tomas Morato Area, BUENISIMO has been a go to place for dates or appointments because of its ambiance. Given that it is from the same people that handles Cafe Ysabel, I know they could do better. 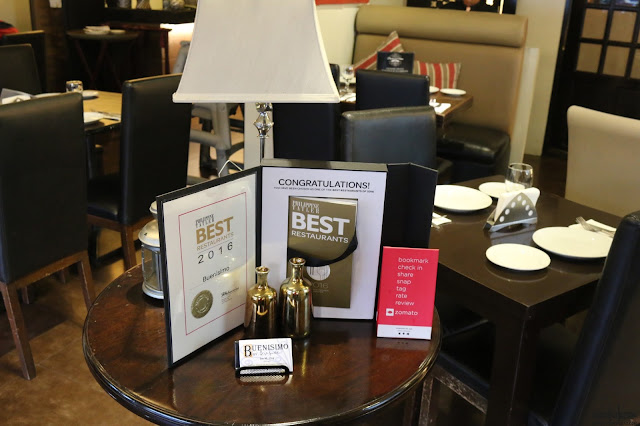 As you enter, you are greeted by the courteous staff and led to your table. Before anything else, this award greets you. Named as Tatler's Best Restaurant for 2016, I was confident that they are part of the top tier of restaurants in the area. Having been able to try out Cafe Ysabel (check out my Cafe Ysabel experience here) made it more so appealing.
Started with some LENGUA with Crispy Garlic. If you are into OX TONGUE, this made full use of it. It was somewhat similar to SALPICAO but the meat was smoother. 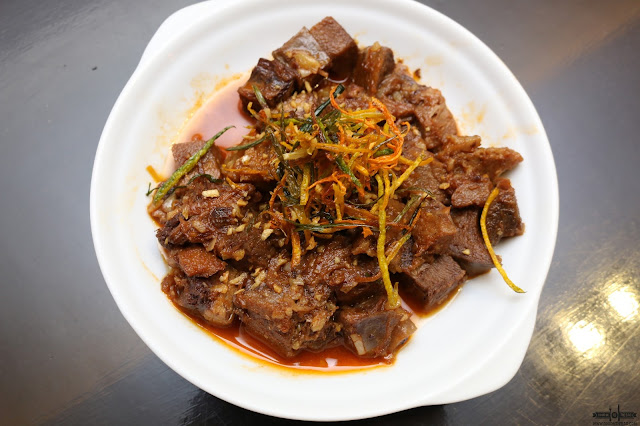 Next up was the PASTRAMI Sandwich. 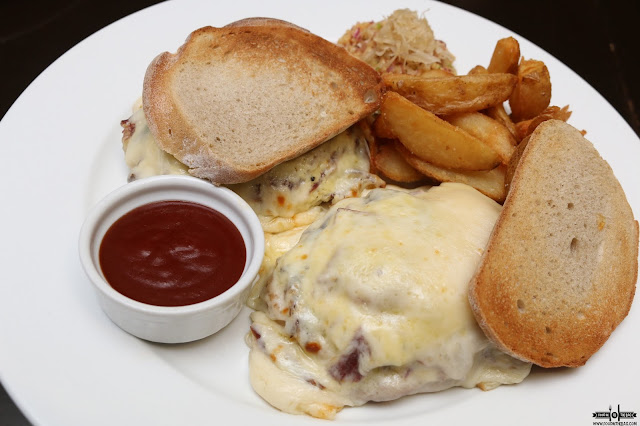 Accompanied by Sauerkraut, I enjoyed the sandwich. The strands of pastrami were somewhat on the neutral flavor but the cheese made up for it. I just didn't like that the bread was toasted to the point that it was hard. If there was one dish that I would order again, this would be it. 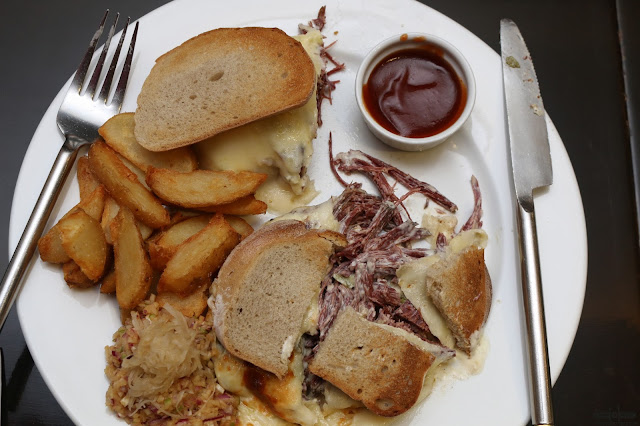 No wonder this pizza was called the DOUBLE PEPPERONI. 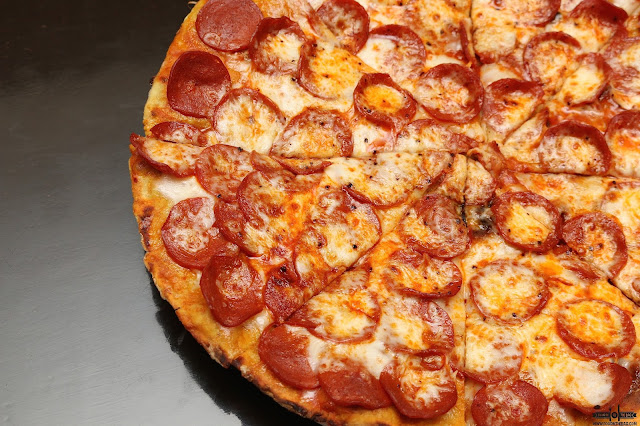 Loads of PEPPERONI were placed on top of the dough just to make it. If you're into pepperoni pizza, you would enjoy this. 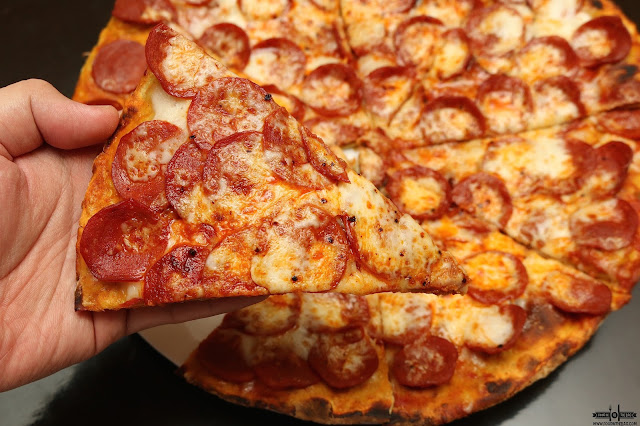 The ANGRY SAUCE came up next. It was somewhat different from what I was expecting. Usually when one says "ANGRY", it would be spicy and hot because of the red chili peppers cooked into the pasta dish. (Un)Fortunately, this had no heat level at all. It could actually pass as a normal red sauce pasta. 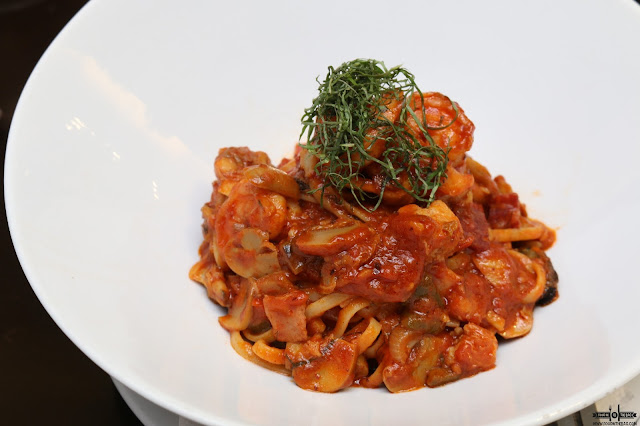 The TRUFFLED MAC and CHEESE would have been great. Sadly this version was a bit too much to the point that after one or two bites, you would be forced to stop eating. The cheese flavor would make you "umay" or have that feeling of too much. Unless if you are really after that experience, I wouldn't advice you from getting this. 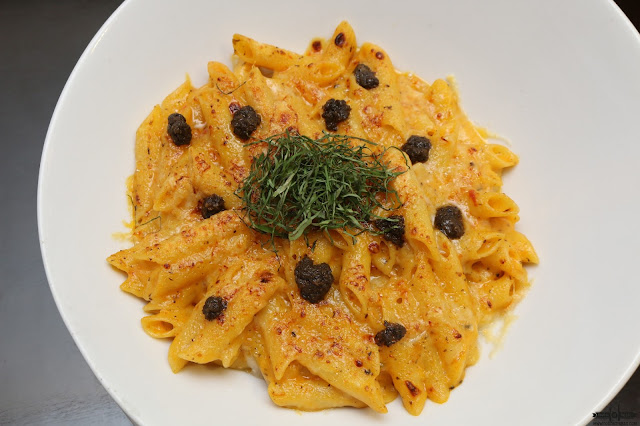 The SALMON with Passionfruit, Hollandaise and Sous Vide Egg was a sight to see. For me though, it was just an alright dish. The salmon was a little bit overcooked that made it feel a little drier than usual. I was actually looking for the passion fruit flavor alas, I couldn't find it. It might have been only a hint. 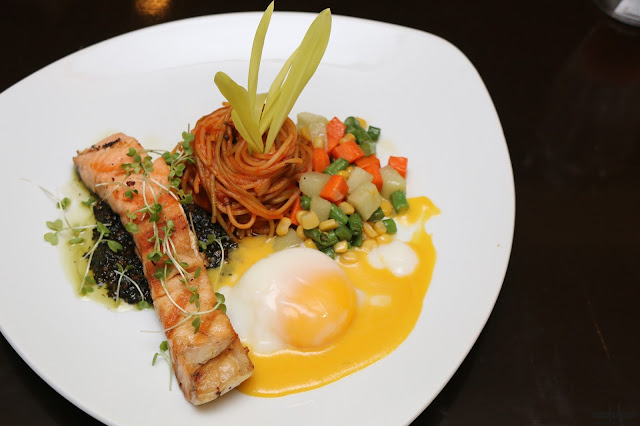 When I saw the BACON STEAK, I drooled. It was the perfect looking bacon anyone would love to smother into. One bite in and I stopped. It was just too darn salty. I really wanted to love the dish but I couldn't. The meat in itself was saltier than a dash of salt. I was thinking that maybe it had been over marinated that each strand of it absorbed the salty flavor. Worst, it was partnered with the WILD MUSHROOM RAGOUT. The black gravy like liquid that the 65 Degree egg swam in was also a little salty but I liked it. Actually, this "Gravy" was pretty good. I was willing to eat it solely with a cup of rice because it could stand on its own. Here, we could say that it could be a meal in itself. Sadly, if you add 1+1, it would definitely equate to two. So, it made the dish saltier than it was supposed to be. 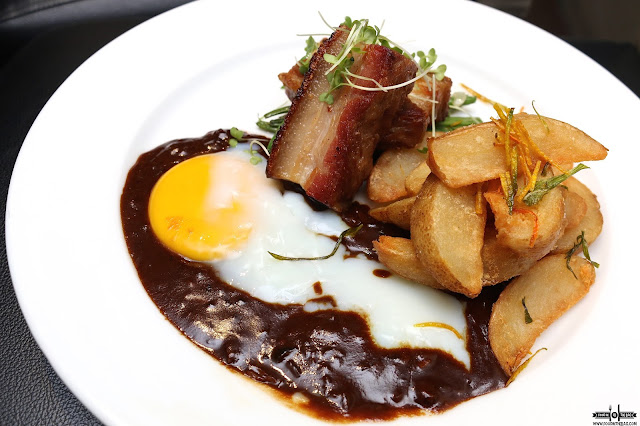 When the CRACKLING PORK RIBS came out, I was actually scared because it might taste exactly the same as the bacon. Thankfully, it didn't This had a more neutral flavor. Sort of like LECHON KAWALI on STEROIDS. Accompanied by garlic bits, gravy and raspberry gelatin, it did well. 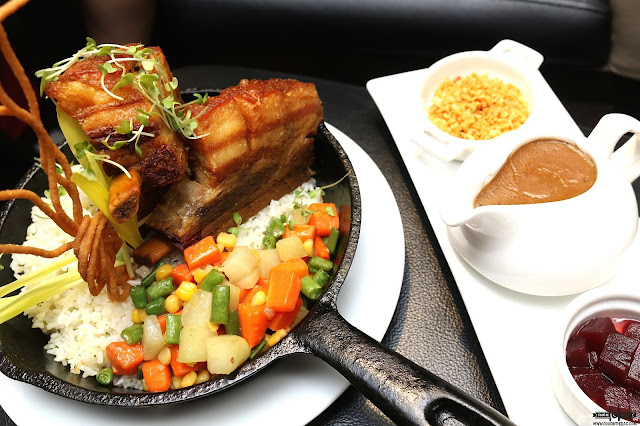 For dessert, two dishes were served. The CHOCNUT CHEESECAKE and the CREME BRULEE SAMPLER. 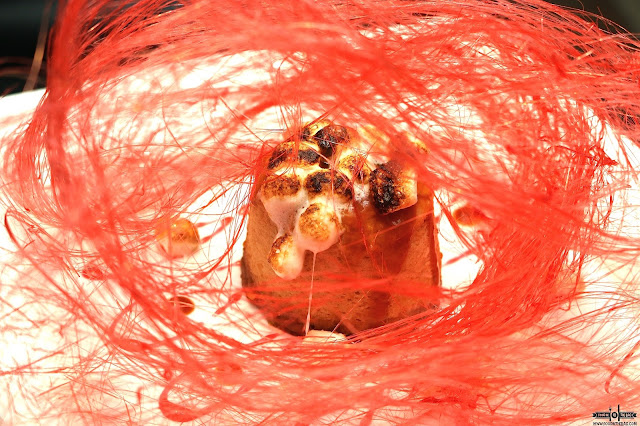 The Chocnut Cheesecake was surrounded by strands of sugar that is a signature treat of the Chef when it comes to desserts. This could be seen as garnish with desserts coming from The PERFECT PINT in BGC (check out my experience of PERFECT PINT here) and also in CAFE YSABEL. Once you get over the reddish swirl, the cheesecake is pretty decent. Although, I would have wanted it to have more flavor. Maybe we could have the chocnut more evident. As for the Brulee Sampler, it included the vanilla, dulce de leche and mango. The mango was pretty good as it was mild while the dulce de leche was spot on. 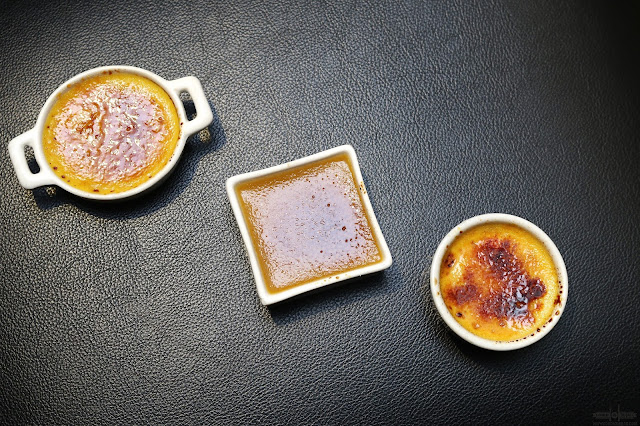