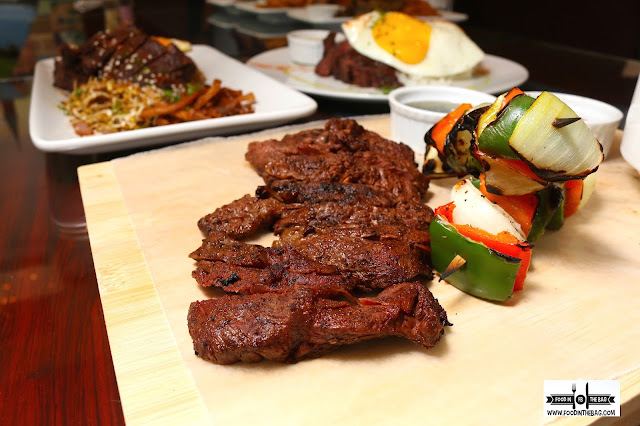 VAGABONDS along Sct Limbaga is a new restaurant destination for the burned out. Recently opened, this restaurant wants the diners to travel the world without leaving their seats. They aim to serve flavors from different places of the world. 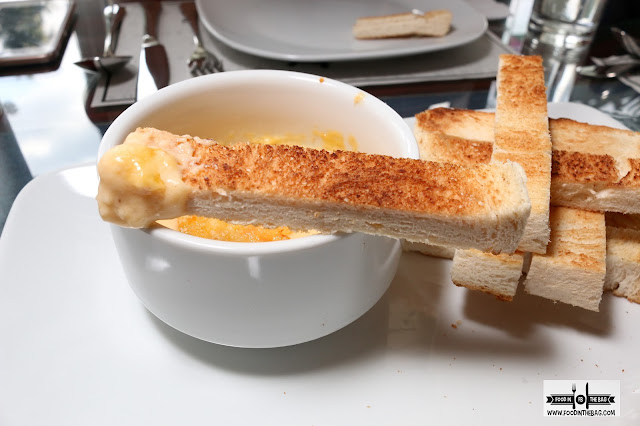 A couple of flavored dips are served to start a meal. They could either be a cheesy QUATRO FORMAGGI or an EAST COAST DIP. 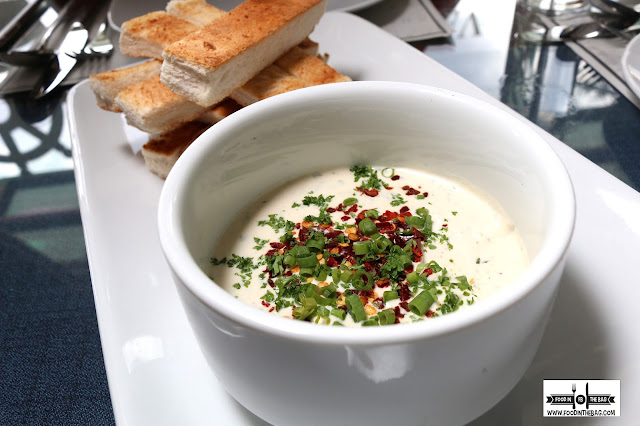 Chicken lovers would rejoice as they have a plethora of wing flavors to offer. From something Japanese with the SHOGUN WINGS to something local like the TAGALOG'S BEST. Furthermore, they offer YAO WINGS that has a citrus taste and even a BELGIAN WING version that has a chocolate touch. These are partnered with different sauces. I believe you could skip the sauces all together since these are overwhelming to the senses already. 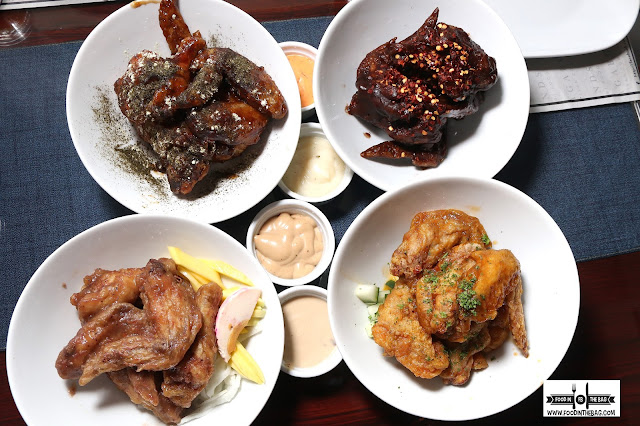 As a personal choice, I would prefer my burgers patties flattened or at least not too thick. Here at VAGABONDS though, the patties seem like more than an inch high. They have a PB and J version plus a CHORI and a normal CHEESE BURGER. My pick though would be the LAS VEGAS BREAKFAST BURGER. This one has all the breakfast components one would need. The patty is a longganisa flavored one and it has eggs in it. 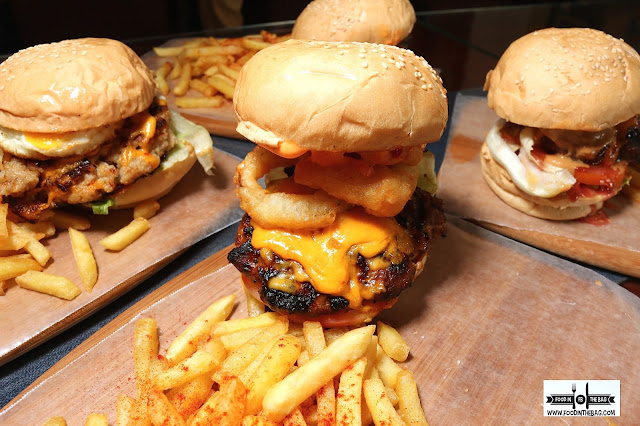 The pasta selection in VAGABONDS may be a little overwhelming as well. From my standpoint, it seems the kitchen wants to put as many flavors and choices they can out in the market. It may be a good thing but for me, it messes up focus. Maybe VAGABONDS could tone down a bit. Perfect the essentials then start pushing and expanding. 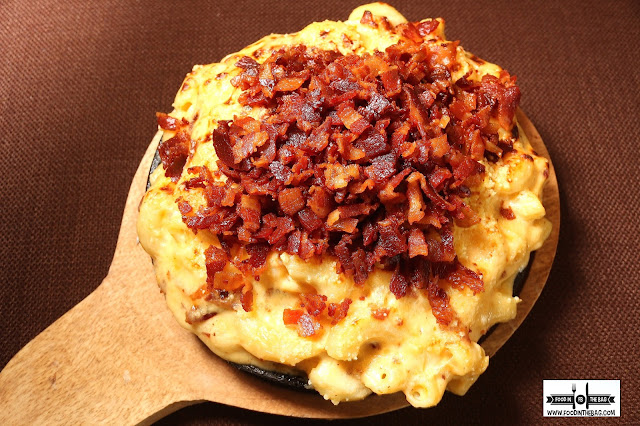 As much as I love a mac and cheese with tons of bacon and also a white sauce pasta with the same topping, I believe this are pretty normal dishes compared to the next two. 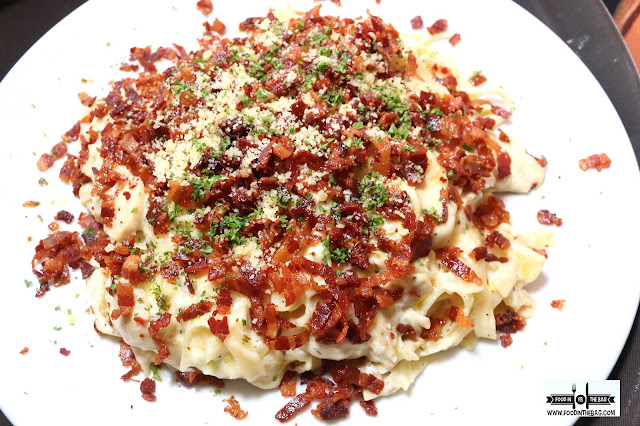 Their MEDITERRANEAN PASTA is basically a seafood version with garlic and oil. I enjoyed the light touch and the simple flavors. 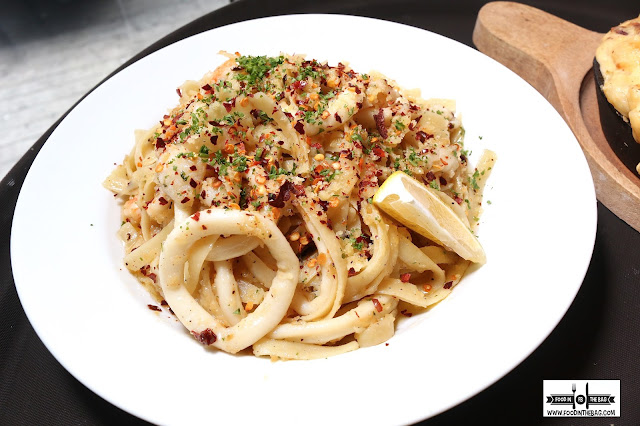 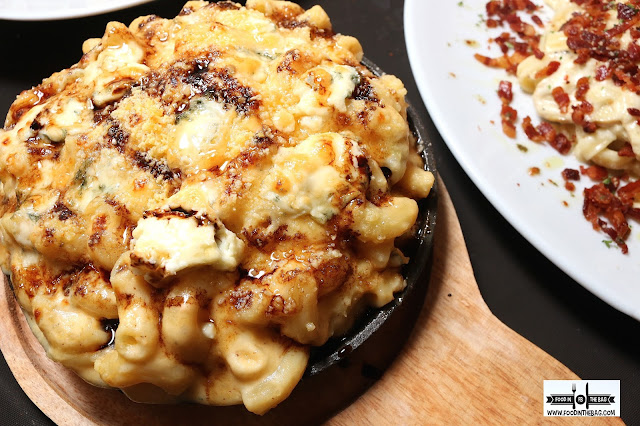 There are also rice meals that I believe is an essential group of food in any restaurant today. 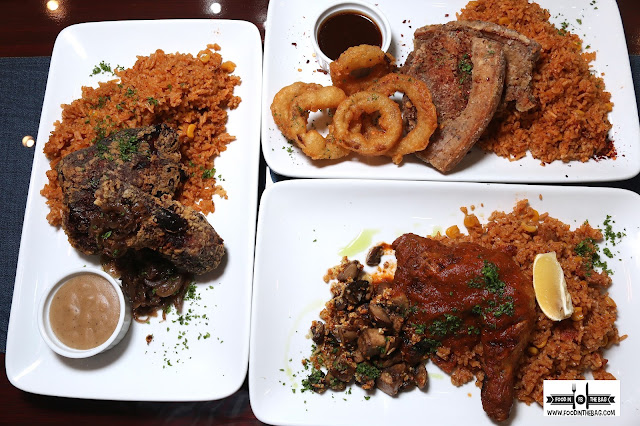 For the not so adventurous, you could go for their version of a BUTTERMILK Chicken. The chicken is flavorful in itself and is also a Chef's favorite. On the other hand, I was overwhelmed with the other Chicken dish as the flavors were over the top. It seems to me that it was over seasoned plus the flavorful rice didn't help balancing the taste out. JOHN WAYNE'S PORK CHOP is a pretty safe choice. 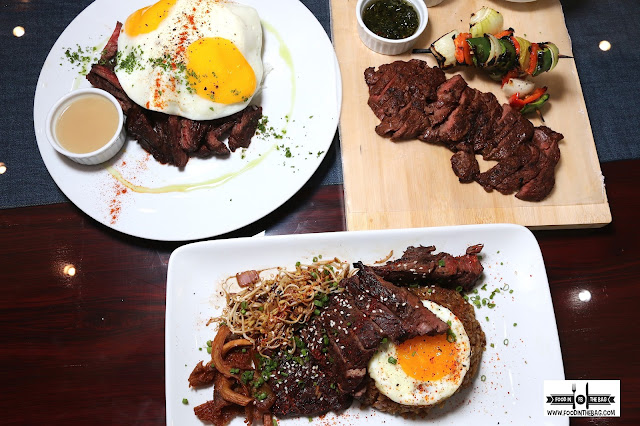 As for beef lovers, they have a couple of choices to pick from. The Breakfast Version of a steak is great. I mean who would skip steaks for breakfast. More so if it had eggs on top. Granted that I'm not a vegetable lover, the steaks with grilled vegetable skewers would also be great for sharing. This two dishes were partnered with sauces. I don't know if it's just me but I think they should try and make a different version of them or just completely remove them. The dishes are flavorful in itself and I guess having no sauces is pretty much okay. If not, maybe just make them optional. Lastly, the Asian-ish flavors of the last steak dish was pretty good. Although, it was a little bit too salty for me. Since the rice was cooked with soy sauce, I guess they should hold on to putting more salty flavors in. 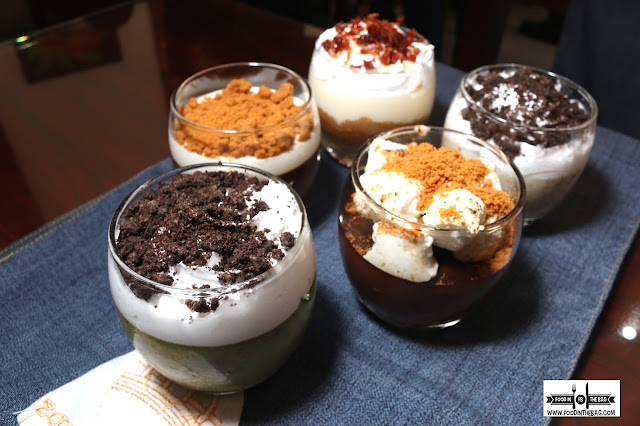 VAGABONDS has a lot of choices for dessert. For me though, the matcha stands above everything else. Maybe because I'm a matcha or green tea addict that I can't help myself with this little baby. The MATCHA flavor isn't underwhelming and not watered down. One thing to note though, most of the desserts in VAGABONDS is a bit too sweet so don't over do it. 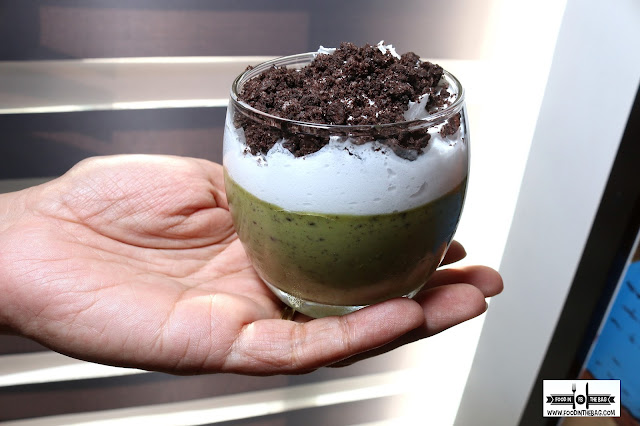 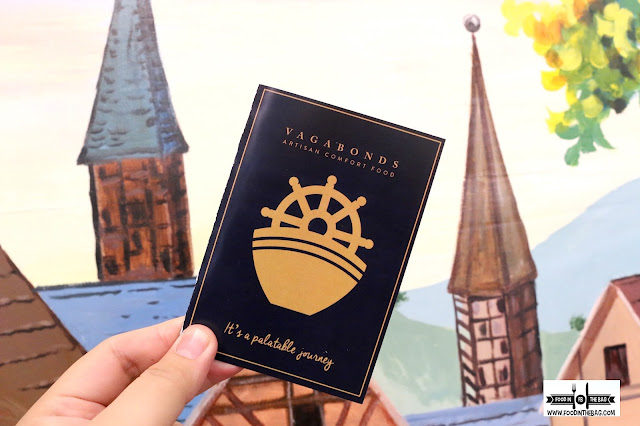 As much as I want to say I love everything, I need to be honest. There is room for improvement. Granted that VAGABONDS has only been open for a month or so, it is normal for them to fix and upgrade their menu. It's a process. Maybe give it a couple of weeks before going. Cheers.

Disclaimer: Was invited to this event. Wrote this based on my experience and opinion.
Tagged