SPANISH FOOD FESTIVAL at the DIAMOND HOTEL in MANILA 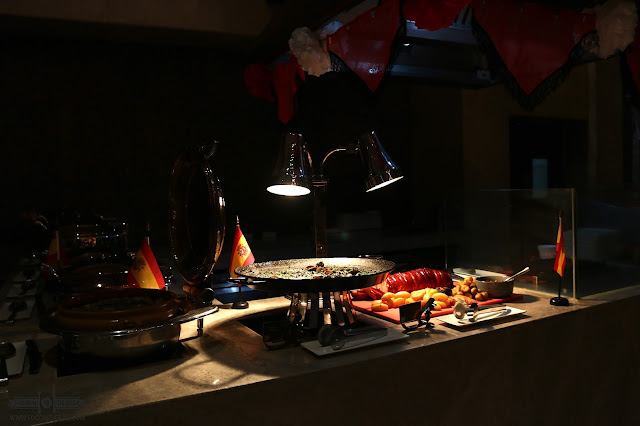 FESTIVE and SEXY. Two words that came into mind as I walked into DIAMOND HOTEL'S CORNICHE. For the week of APRIL 3 to APRIL 9, a SPANISH FOOD FESTIVAL would greet guest as they enter the hotel. The drapes and the decorations all shout red. Something passionate and very striking for the senses. 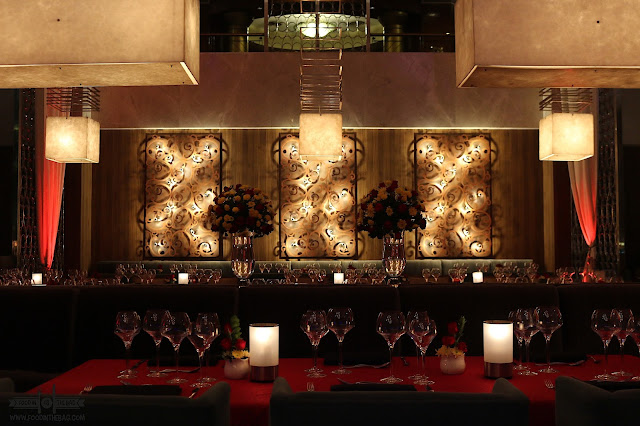 At CORNICHE, the new Spanish Executive Chef Franciso Javier Coque brings out different dishes that he has enjoyed and loved ever since. The spread is a mixture of delicacies from different region of Spain. 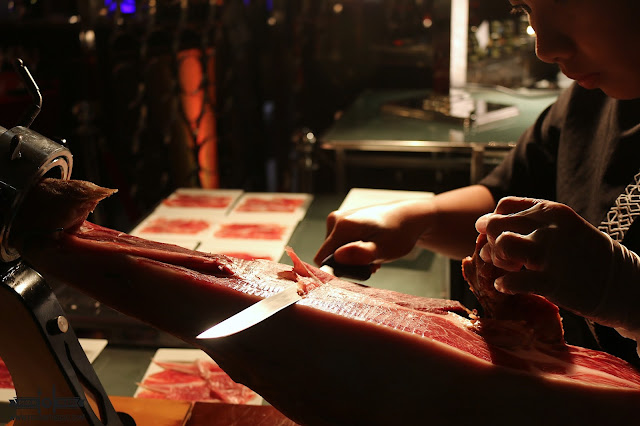 When one says Spanish Cuisine, Filipinos tend to see it as something familiar. Being under Spanish rule for roughly 300 years, Filipinos have integrated the different flavors that came from Spain into the local dishes. As such, almost everyone loves and is familiar with how these dishes taste like. An excellent way of having a tour of Spain without having to leave the country. 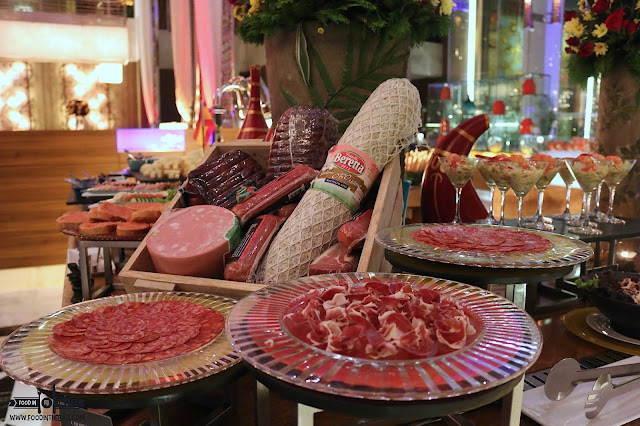 One section of the buffet would offer different cuts of cheese and meat. Among them would be chorizo and parmaham. One could also try the Aguacates Con Langostinos y Salsa Cocktail. A salad like mixture of shrimps and other seafood flavors. Something very simple yet tasty would be the Pan Con Tomate. Tomato paste with oil is placed on top of toast. 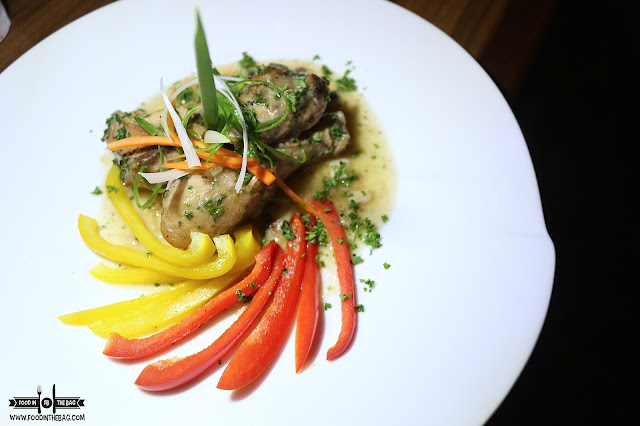 Using familiar ingredients, the chef has produced items that would entice diners to get more. From a well cooked chicken to a stuffed squid cooked with its own ink, you won't go wrong with any bite. 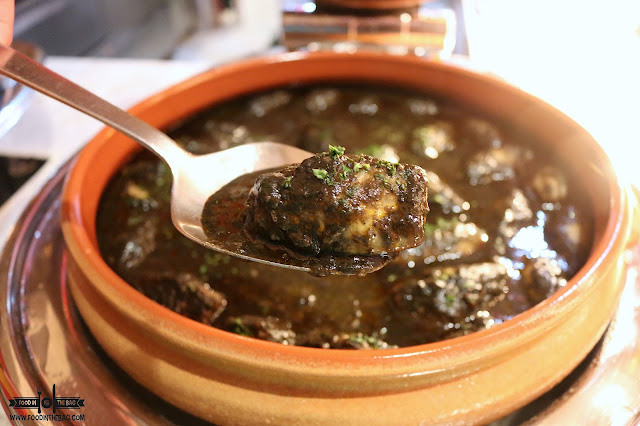 Meat lovers would also enjoy the choices of items that could be grilled for your liking. Aside from the salmon and lamb chops, you have to try the different sausages they have. 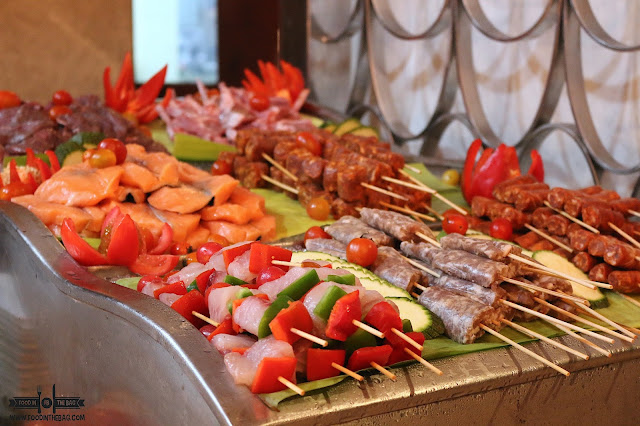 Surprisingly, the sausages had depth. Each one has a distinct flavor that could either be smoky or even a little bit spicy. 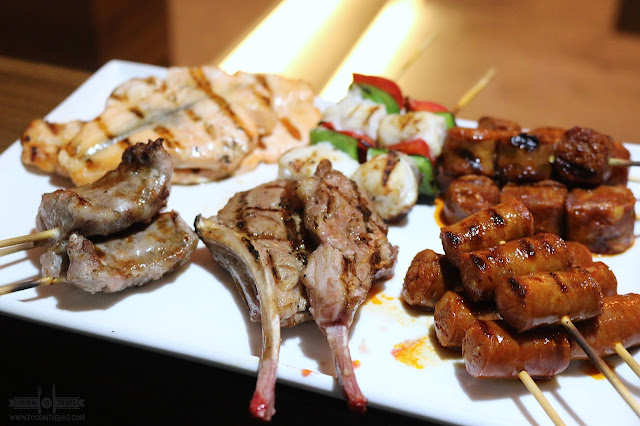 When they say SPANISH FOOD FESTIVAL, they weren't kidding. For the first night, they offered a negra paella. Here, they used a thicker fideua or noodle like ingredient to create an amazing dish. 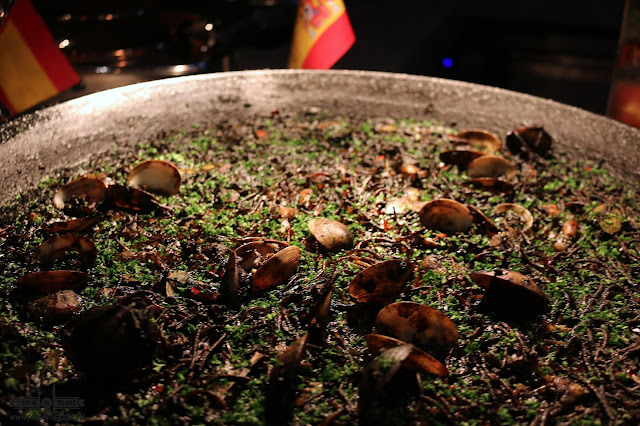 Furthermore, they have the COCHINILLO ASADO. A stuffed belly that is wonderful with the liver sauce. Filled up with truffled rice, it's a whole meal in itself. The meat was so tender and moist, you couldn't stop with just one serving. 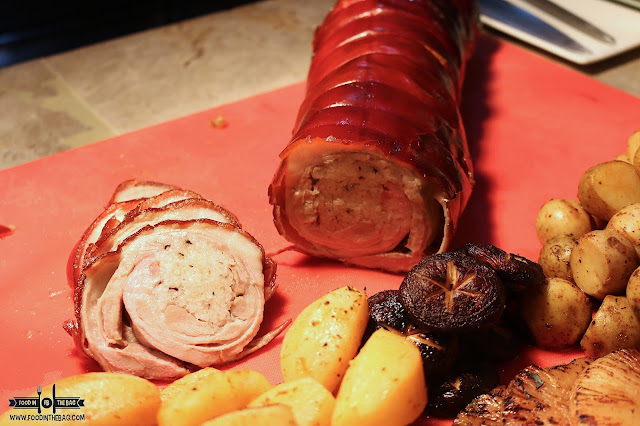 If these aren't enough, the buffet offers an assortment of fresh seafood, Asian flavors, Japanese dishes, a noodle station, and even some Indian and Filipino cuisine. 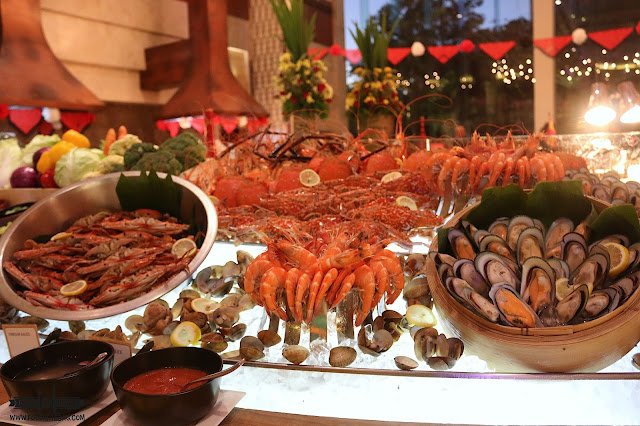 For dessert, an assortment of Spanish inspired sweet treats were provided. From churros to arroz con leche, one could definitely enjoy their time in this sweet section. 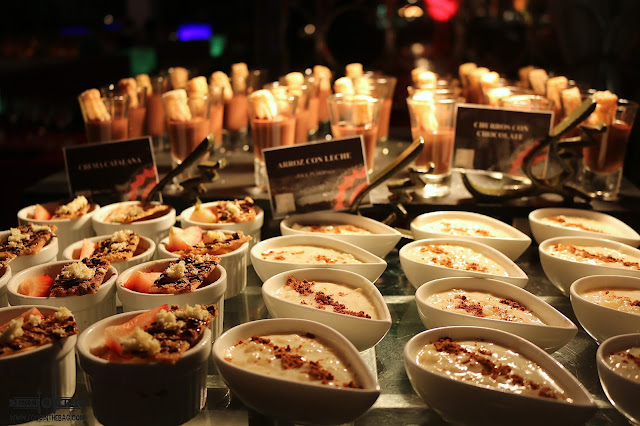 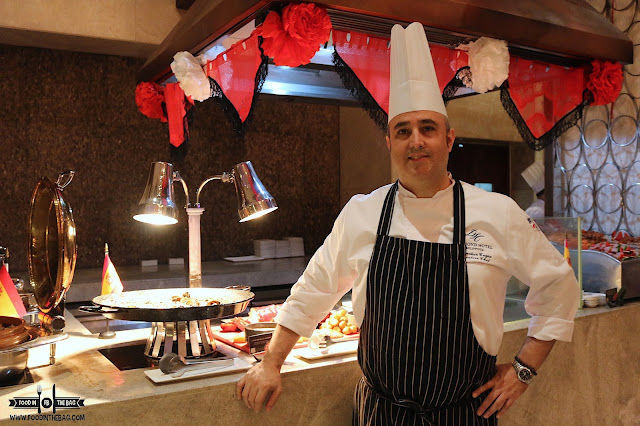 As the new Executive Chef for Diamond Hotel, Chef Franciso Javier Coque definitely delivered on the different flavors one expect from a Spanish buffet in the metro. For repeat visitors, one need not worry as there is a cycle of dishes that would make sure something new is served daily.